The summer rains of Deeg 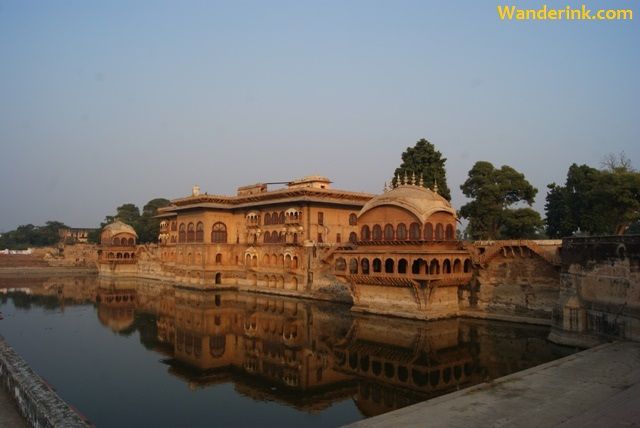 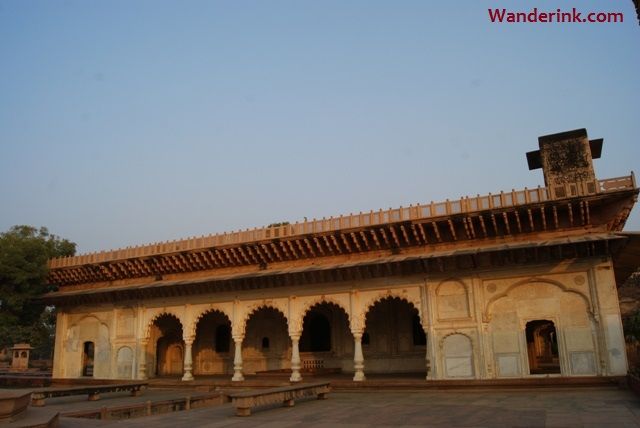 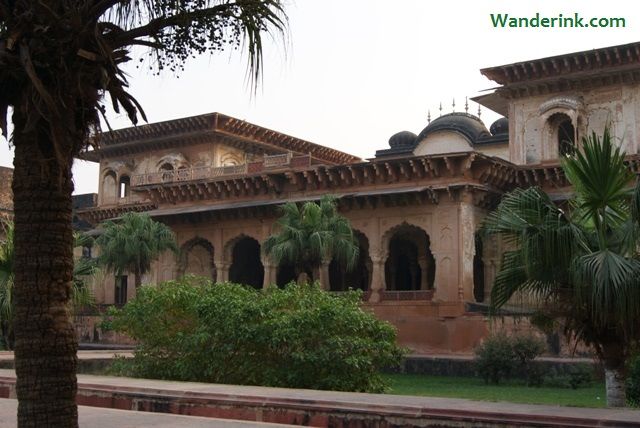 A potential army recruit working out 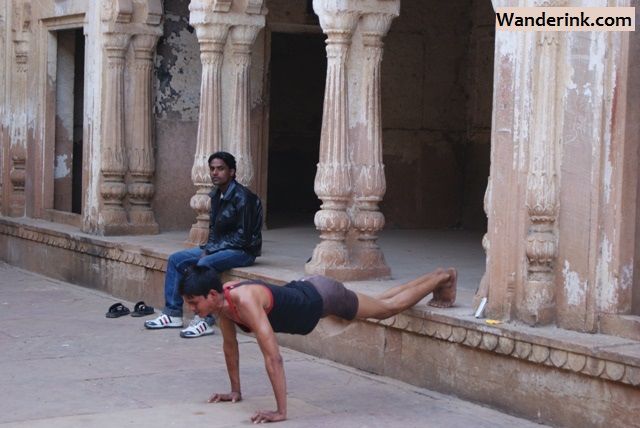 Must've been a king earlier 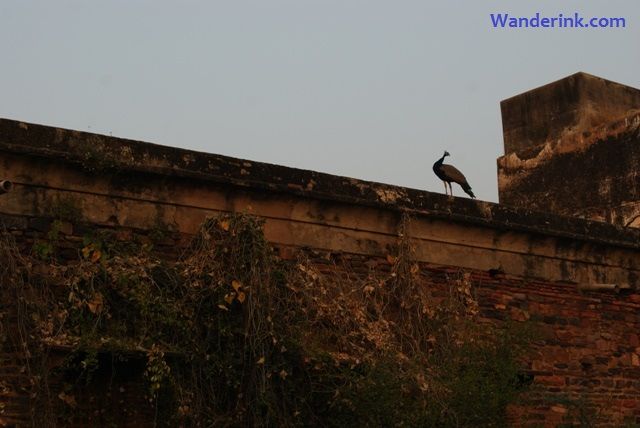 Defence of the realm 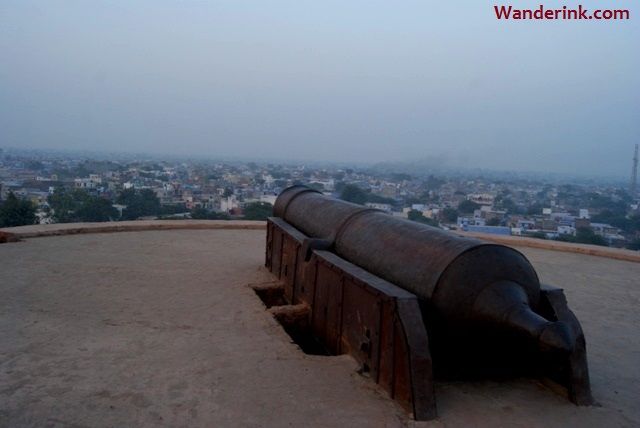 The summer rains of Deeg

Many of the heritage marvels we have today were ostentatious self-indulgences, sandstone and marble diktats rooted in personal tragedies – and victories – and the ensuing emotional upheaval, vanities and carnal excesses. Though not strangely but indeed rarely the climate, specifically the sweltering summers of the arid plains, has played edict to not just architecture but as an impetus to construction itself. Babur, the marauding Mughal from Kabul, used to bivouac at the Arram Bagh in Agra; personally designed for pernoctation. The weather-harried Mughal was happiest at the subterranean hamams along the Yamuna: ‘In the heat, one is almost cold,’ noted the patriarch happily. The Bundela kings of Orchha had whole underground bed chambers staved beneath gardens and gushing fountains. But when it came to crossing swords with summer, the Monsoon Palace of Deeg is a clean sweep across ramparts – it not just recreated rain but the showers were even accompanied by manmade rumbles for thunder.

After birding in Bharatpur, most make a beeline for Jaipur sticking to the NH11 that pass directly in front of the Keoladeo Ghana National Park; you reach in less than 200 kilometres and under four hours. If you are not a keen birder – unless maybe for the Siberian cranes – I will squarely plug the vastly underrated heritage cities Deeg and Alwar over the sanctuary. But that would mean a not-so-kind detour along the Bharatpur – Alwar state highway; 35 kilometres till Deeg and a further 80 to Alwar, with vast swathes in never-ending repair. Deeg was the capital of Maharaja Suraj Mal of Bharatpur whose legendary victory against the combined ferocity of Mughals and Marathas spurred his notorious raids into the Mughal palaces in nearby Agra and Delhi. Size didn’t matter for Suraj – it was not just gold and precious stones that he brought back from these forays but whole gateways and even buildings. The princely exhibition of loots begins right next to the entrance to the Deeg Palace (‘Jal Mahal’ for locals) with the gorgeous marble swing that was once the property of Nur Jahan.

The palace is laid out around a huge garden complex and consists of several ‘bhawans’ or mansions – Suraj Bhawan, Hardev Bhawan, Kishan Bhawan, Keshav Bhawan, Nand Bhawan and Gopal Bhawan, which is biggest of the lot and flanked by monsoon pavilions Sawan and Bhadon. The Gopal Bhawan which was earlier the residence of the rulers today houses a museum with many of the everyday objects used by the maharajas on display. The design of Gopal Bhawan – with its ornamental overhanging balconies – accords it a certain leviathan-prettiness, like emerging from the pond on which it is built. The Keshav Bhawan is an open pavilion facing a garden on one side and the pond, Roop Sagar, on the other. This is the famed monsoon pavilion with five elegant arches for an unhindered view of the garden and the pond. An arcade runs along all the sides forming a square separated from the outer square by a water canal equipped with, according to the locals, around 3,000 water jets. It is believed that the plumbers who completed the construction of the water tank with the jets were all-round masters that the maharaja used to confer with them even matters of the state. There were four broad stone channels along the arches with iron fountains which come to life twice every year. When the water is released from the jets, the pipes above the arches create the famed rain spectacle. Varying accounts say that the water pressure caused the lithic balls (big stone balls) to roll and rotate and create the sound of thunder; some say it was manually rolled by divers who took turns from placing colours along the jets to create coloured rains. Probably the closest even a maharaja could come to creating his own rainbow. ‘A preposterous folly erected by some showman who would today have been running theme parks,’ Alexander Frater is unsparing in his description of the monsoon pavilion in his hugely enjoyable classic Chasing the Monsoon. Taken as a benchmark – follies and showmen – more than half the forts and palaces in the country would qualify. World over, even.

Among all the bhawans, I liked Hardev Bhawan the most – set a little away from the rest, this was an apparent later addition by Suraj Mal. A foliated colonnade runs through a large hall and the bhawan itself is serenaded by shady trees. As I walked in I met a couple of local boys taking push-ups in the courtyard. For most of the poor youngsters in the area – as with the rest of Rajasthan – the Army is a sought-after job. In another quiet corner, some local lads were nodding off the sultry afternoon. A strange face peering close at the filigree works and the marble inlays might have seemed an apparition as some faintly smiled, turned around and went back to slumberland. Save for one lad nursing a still-smoking chillum who got up from a stone water duct that doubled up as siesta groove and came towards me, holding the chillum.

“Sir, is it true that Suraj Mal really brought all these palatial entrances and parts of buildings all the way from Delhi?” He asked.

A few days later passing through Bamnivas, a hovel-flanked town, along the highway from Alwar to Jaipur (I was on my way from Sariska, headed to Bhangarh), I thought about the chillum-chap’s query. The road was barely wide enough for Red to pass through; hauling those ceremonial archways and swings, victory gateways and iron-spiked entrance doors – as Suraj Mal is supposed to have from all over the fast disintegrating Mughal empire – would have been superhuman. Acts of valour? Irrational follies? Extraordinary feats, without doubt.

The town of Deeg is dirty with open sewages and piglets roaming with snouts trained keenly on the broken tar. Friendly vendors sell bhatura hung like greasy linen from their pushcarts. Locals coop over a mangled newspaper in wayside eateries; the literate one plonked in the middle reading aloud with a dramatic slowness while others try to grab every word before anybody else. Matkas – mud cups – await their turns in kamikaze-order, minion-quart chai is served in them and discarded afterwards. I make it a point to shatter mine each time, anywhere; an insane obsession that sometimes mean flinging them across great distances to the accompaniment of vulgar grunts. This unfailingly elicits a lot of worried looks; the chai-wallah probably wonders silently how to ask money from an unhinged mind. At the eatery in Deeg, I became stop-press. The ground AAP had covered to win the election was in distant Delhi; the flight trajectory of my matka – around a parked lorry, barely missing a sarpanch’s SUV – made a more interesting backyard event.

The town wallows around the stupendously strong Deeg Fort made by Badan Singh, Suraj Mal’s father, in 1730. The entrance to the fort is through a narrow bridge across a moat through a gate studded with anti-elephant spikes. Save for a dilapidated Haveli where electric bulbs sputter to yellow life with dusk, there is nothing inside. Parts of the fort are being used as government offices where people hurry to and from; those headed inside begin the meticulous journey of rolling their paan: betel leaves are smoothened out, little pouches of areca nut, spice and tobacco are laid in neat array…; those heading out scrape away the congealed remains of the paan from their teeth and engage in garbled prattle. An elegant peahen resignedly preens herself on the rampart for a paramour who should have shown up long ago. I head to the top of the fort through an impossibly dark and winding way up a turret. From up here there is a commanding view of the city of Deeg; locals gather here to share a smoke or just watch the sun going down. Some, like me, can’t seem to shake the feeling that there is a cannon in our midst; a malevolent-brown, slouching dragon. I run my hands over it, trying to console it for its helpless dormancy.

“Our maharaja Suraj Mal looted it from a Mughal fort in Agra.” Somebody said with unbridled pride. Everybody stopped whatever they were doing to stare at me for some reaction, disbelief, possibly.

Much to their dismay, I couldn’t even feign one.