When I flew for the first time in Bhimtal!

*If travelling was free, you would never see me again*

Alas! It isn't free. For most of us, travelling is liberating. Yet, we have to earn a living so that we can travel. Often, this turns into not having any time left to travel or strike off things from our wishlist.

Use your time wisely and never let the traveler streak in you fade away.

It was yet another weekend approaching when I along with two of our friends/colleagues decided to get away. It had to be close by due to the shortage of time and yet add meaning to the time we were spending. We decided to go paragliding! From the two places I knew that offered paragliding- Bir in Himachal Pradesh and Bhimtal in Uttarakhand, we chose the latter. We hopped on a auto and went straight to ISBT Kashmere Gate to only find out that all the buses were full and more than half of the buses were only going to Himachal Pradesh. All three of us looked at each other and before the adrenaline could fade down, we took another auto and headed out to ISBT Anand Vihar.

Lesson learnt: If you want to travel to Uttarakhand, go to ISBT Anand Vihar, not Kashmere Gate!

As it was a weekend, most of the buses were full and everyone had their tickets done. We sat on a Uttarakhand Parihavan bus (govt bus) and went till Haldwani. We started at around 11.00 pm from New Delhi for Rs 320 per person and reached at around 6.00 am at the Haldwani bus depot. Once we got down, we knew we have had made the right call. We took another local bus for Rs 40 each which took another hour before we finally got down at Bhimtal. We didn't actually know what to do from then onwards as the market had not opened, there were the typical cab people hovering around etc. We decided to sit next to the lake and had the most amazing tea and butter bun. We then thought of taking a hotel room for a day and getting freshened up but we realized that would mean paying unnecessary money. So instead we took cab for the entire day for Rs 900. He had some familiar guest house where we paid Rs 500 for the three of us and showered, rested for an hour, had our breakfast and left directly for what we came- paragliding!

Once we slowly started reaching the hilltop, we saw huge colourful parachutes flying down from above us. You need to super negotiate with the gliders there and try to reduce the rates. We paid Rs 1000 reach and as much excited we were, I had knots in my stomach out of fear. It was one of those things which you have always wanted to do but when you are standing in that line, getting geared up and then you sign a no liability form- aah! that tops all the butterflies in your stomach. Anyhow, we slowly walked to the top and we were going one after another. I was second in turn and by the time the instructor said something, my feet were above the land and I could only hear my own heartbeat. It was peaceful, calm, breezy and wonderful! But not before I could soak it in, it was time to land and I successfully in one whole piece landed on earth! The only sad part was it wasn't even for 3 minutes.

Anyhow, we completed what we went there for and had half a day in our hand. We headed towards Naukuchia taal and had a amazing time there. We went on a boat ride for almost an hour. We paddled to the corners of the green calm lake and spent a truly relaxing time. We saw kingfisher birds and some others which looked very beautiful. Post the boat ride, we had our lunch and headed to see the Hanuman Garhi, which is a temple close to the Nainital lake with one of the tallest Hanuman statues.

We headed back to Bhimtal and as we got off the cab, it started raining. The rain kept pouring heavily while we feasted on some delicious hot pakodas and tea. We sat near the tal for some time and saw many people enjoying kayaking while it kept raining. One of my friends tried zorbing in the taal where they make you sit in middle of a flat balloon and then inflate it till it turns into a huge football and then they leave you to float in the water. It looked as much fun for us to watched as hard it was for her to balance inside there!

We had a bus to catch back from Nainital so we took a bus ride from Bhimtal to Nainital for Rs 120 each and it was almost dusk when we got down from the bus. Just like any other hill station or mall roads, the streets of Nainital were hustling with endless people. I saw endless numbers of fishes in the Nainital lake and was saddened by how such beautiful creatures have to live amongst plastic bottles and empty chips packets. We walked through the shops, had snacks here and there and soaked in the last of our trip. We quickly had our dinner and by then it was time for our bus ride back to New Delhi. We started at around 11.00 pm and reached Delhi at around 5.30 am. We still had our Sunday in hand to laze around and that's how we used our weekend to keep alive the traveler streak in us.

Make sure you never stop adding new things to your bucket list, because dreams and goals are the only things that make us strive more in life:) 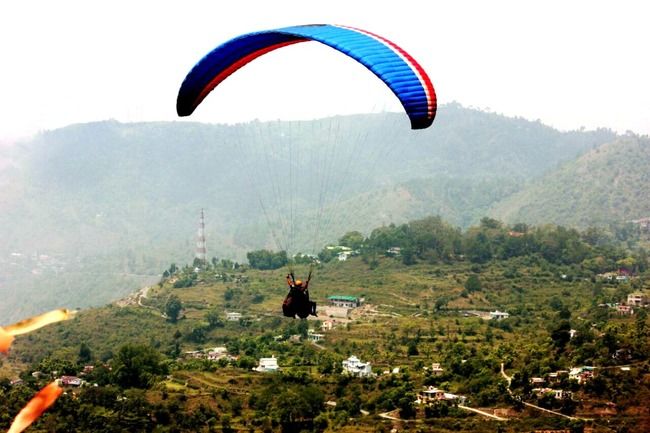 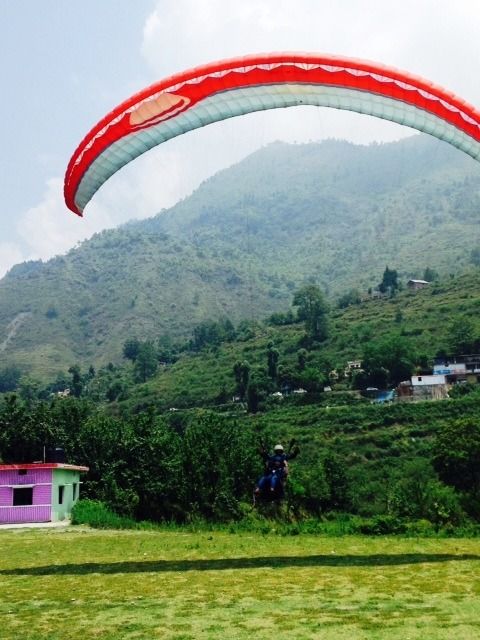 Striked off my wishlist 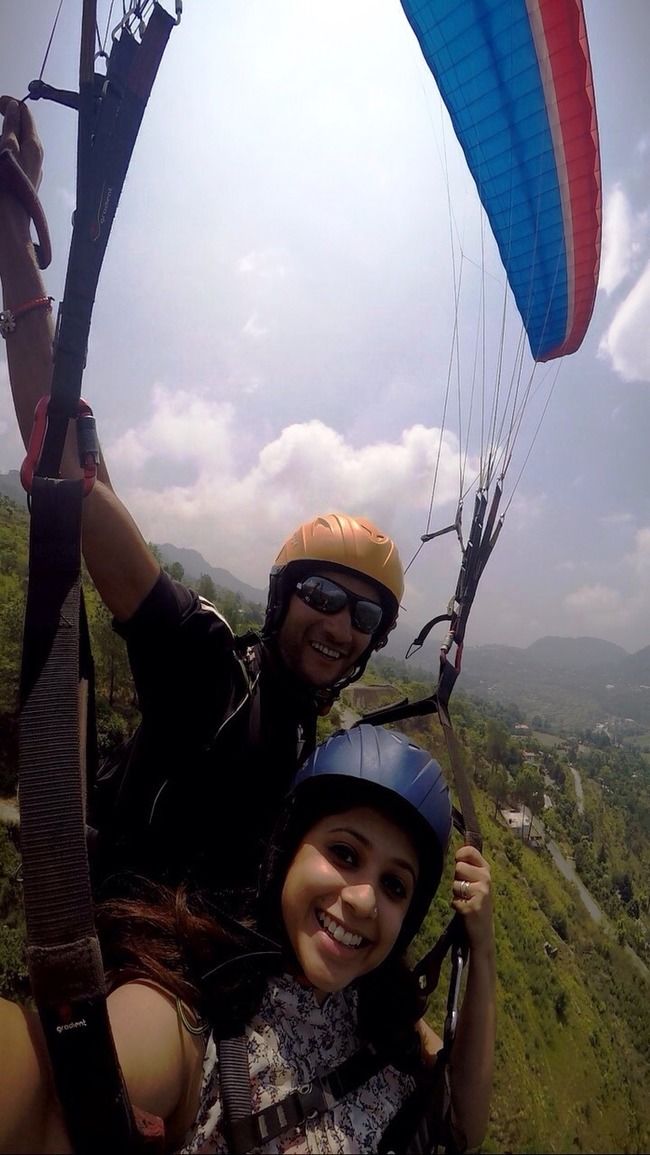 Bhajias on a rainy day 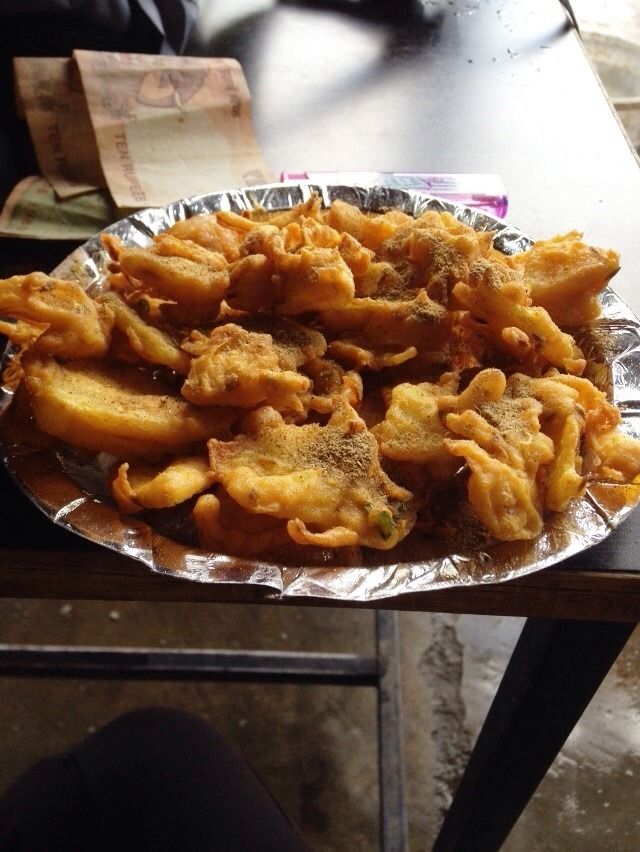 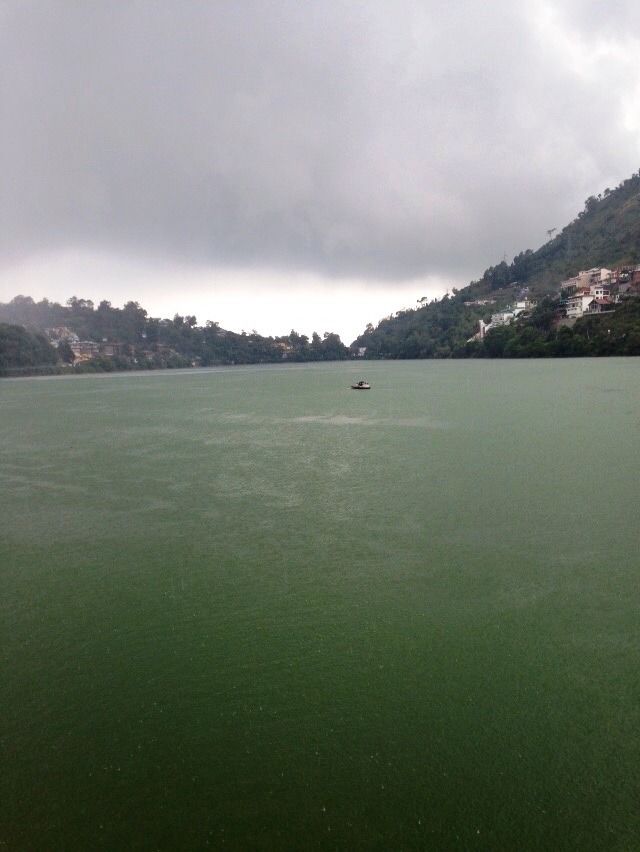 The perfect day for a boat ride 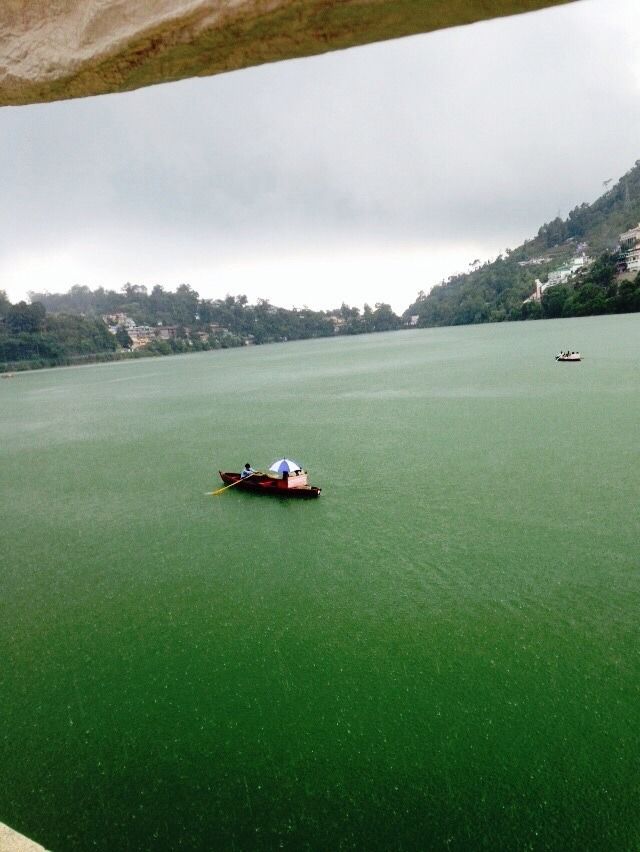 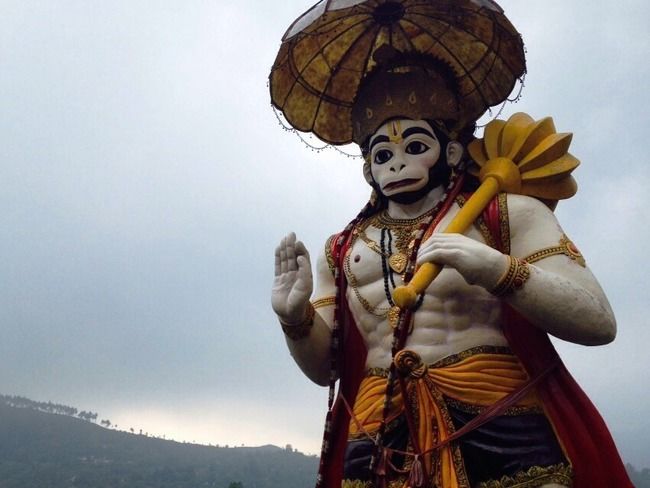 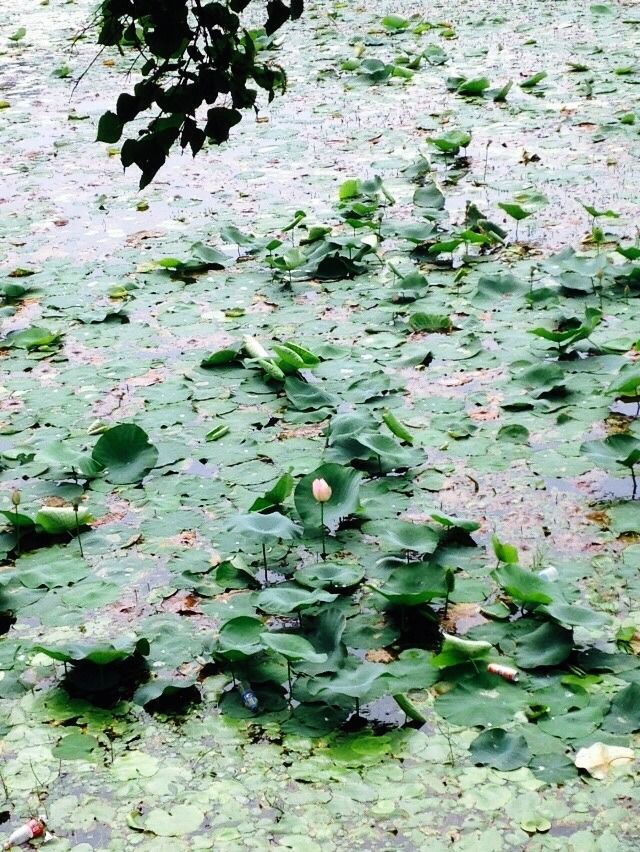 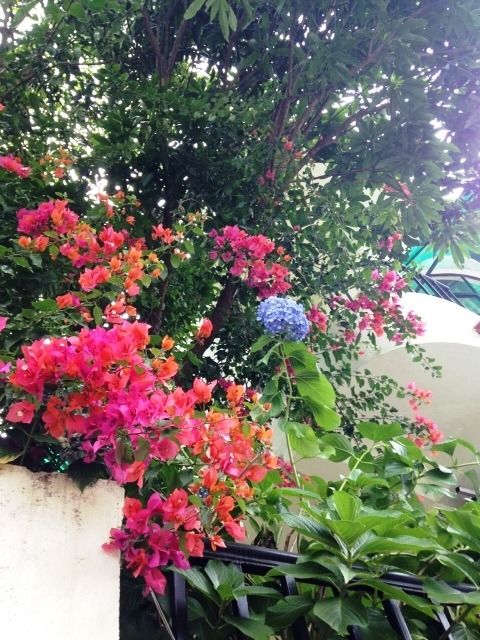 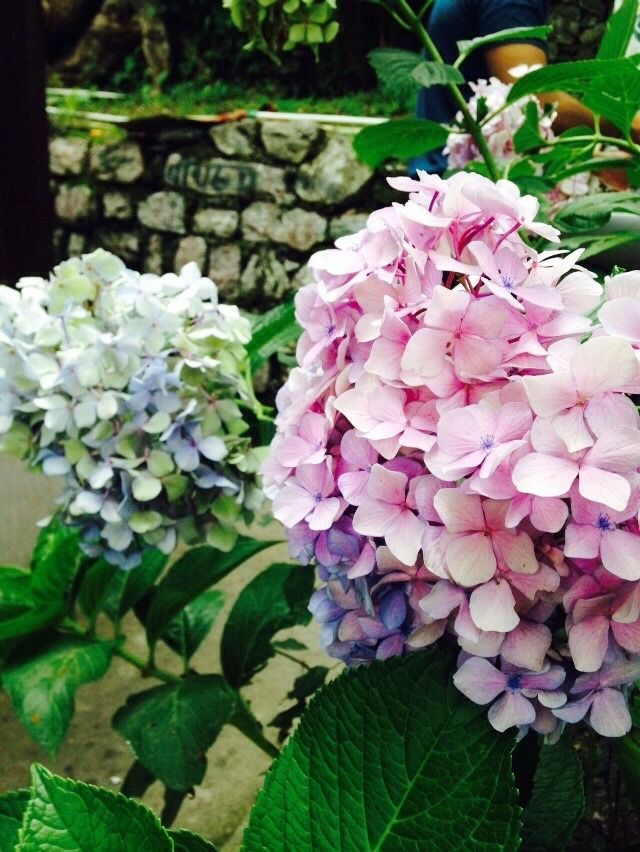 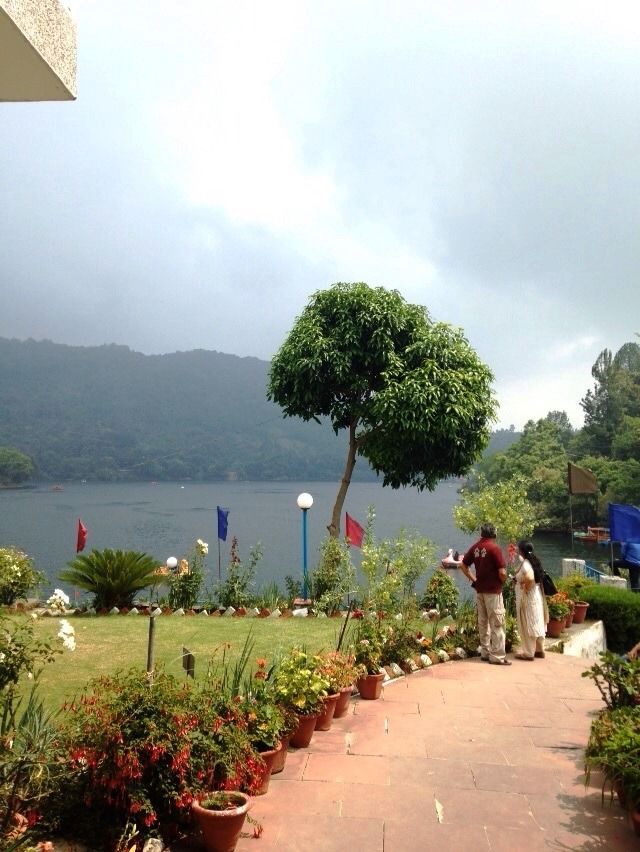 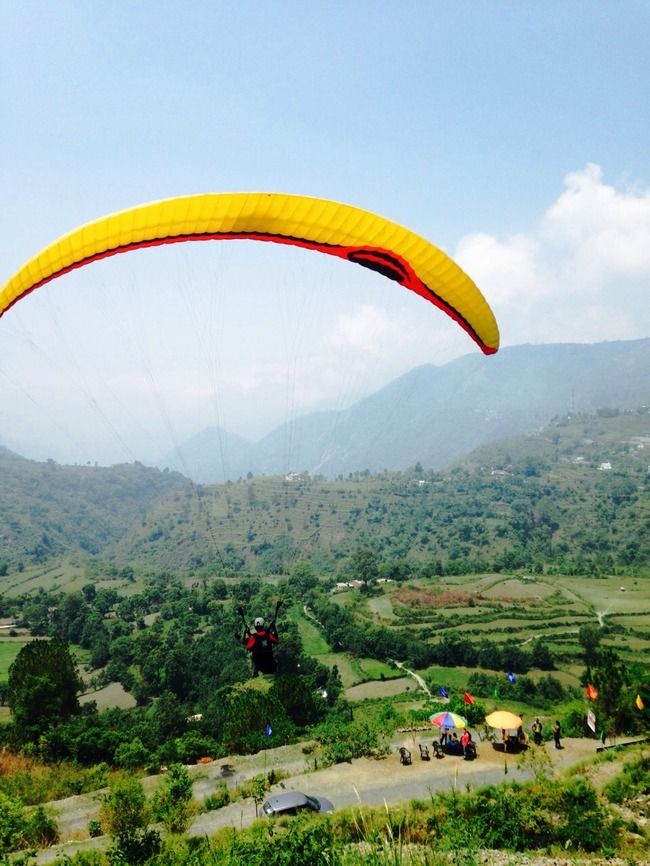 Paddling away in my yellow ride 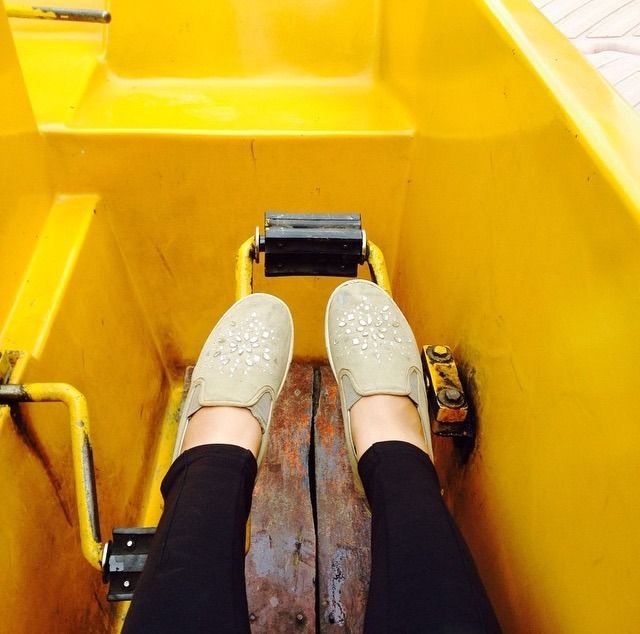 Care for a ride? 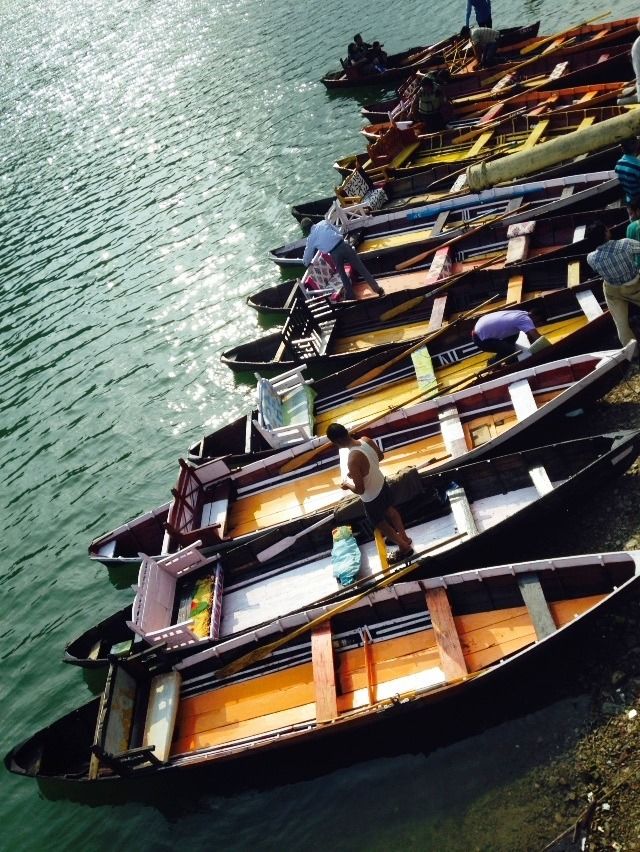