The Land Down-Down-Down Under in Uzbekistan: The Dark Star 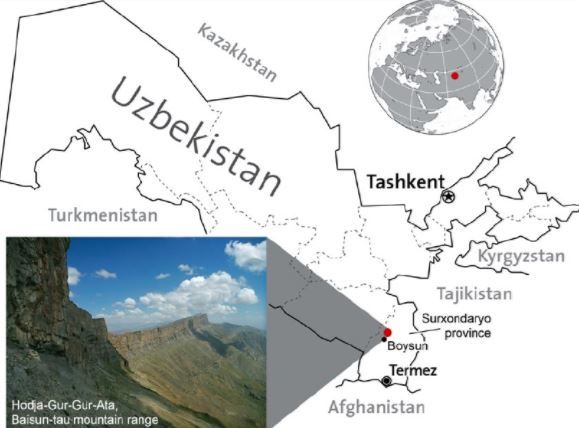 We all know of the mighty Mt. Everest, but, have you heard of the Underground Everest hidden deep beneath Uzbekistan? Known as The Dark Star, the deepest cavern of the earth in the Boysuntov Range is a labyrinthine quest that hasn't been solved even after numerous expeditions. The first ever exploration of the Dark Star was  reportedly held in 1989, ever since when the lowest point of the cave- a whopping 2650 m has not been reached. In fact, the actual depth of the cave is still uncertain; as of now, it is widely assumed LIMITLESS! Although The Dark Star isn't open for tourists to explore, it may open in the span of next few years once its exploration is complete. Nevertheless, The Dark Star is really tickling the adventurer in us, rapidly making it to the top of everyone's Bucket Lists! Its mystery and magnificence definitely make it a place you must see before you die.

In fact, the entire Boysuntov range has been reported to house Asia's deepest caves, with a LOT more to be explored. The ranges can be accessed only once you reach the nearby villages. The trip to the mountains from these villages is done on horseback that takes several days to complete.  Military rules and restrictions make helicopter arrangements to the mountain almost impossible. There is a series of permits that one needs and this mode also turns out to be extremely expensive. In case you're an international traveller, visa can be a difficulty for you as the range shares borders with Afghanistan, visiting The Dark Star will require permission from the city Termiz in Uzbekistan.

Head over to National Geographic for more pictures and to learn more about The Dark Star expeditions.