The Beating Retreat ceremony at Wagah Border - Battle or Balet ?

A view of the Wagah Border 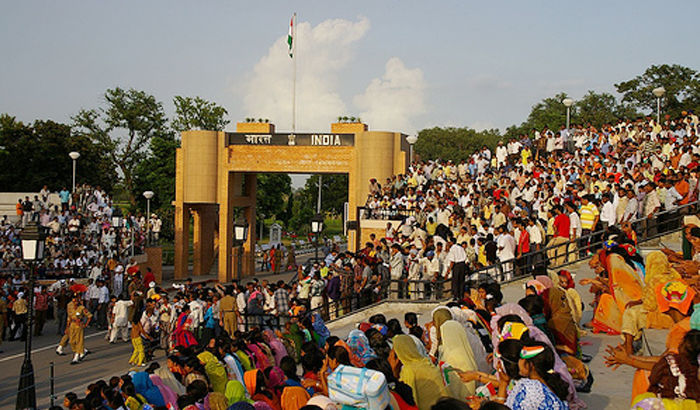 The Beating Retreat ceremony in action 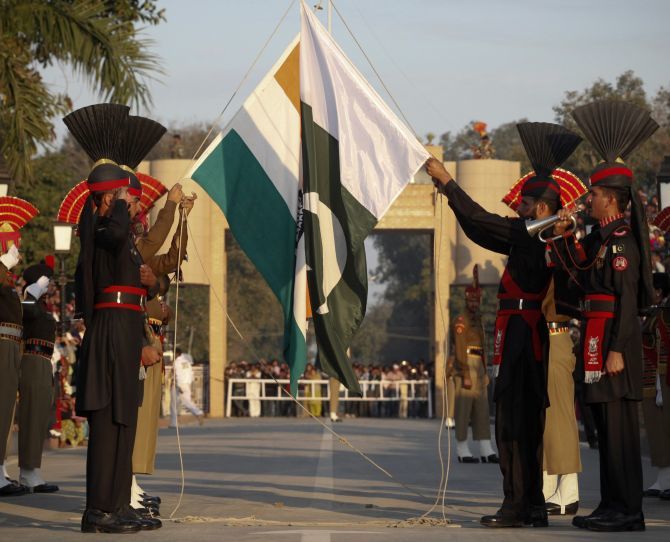 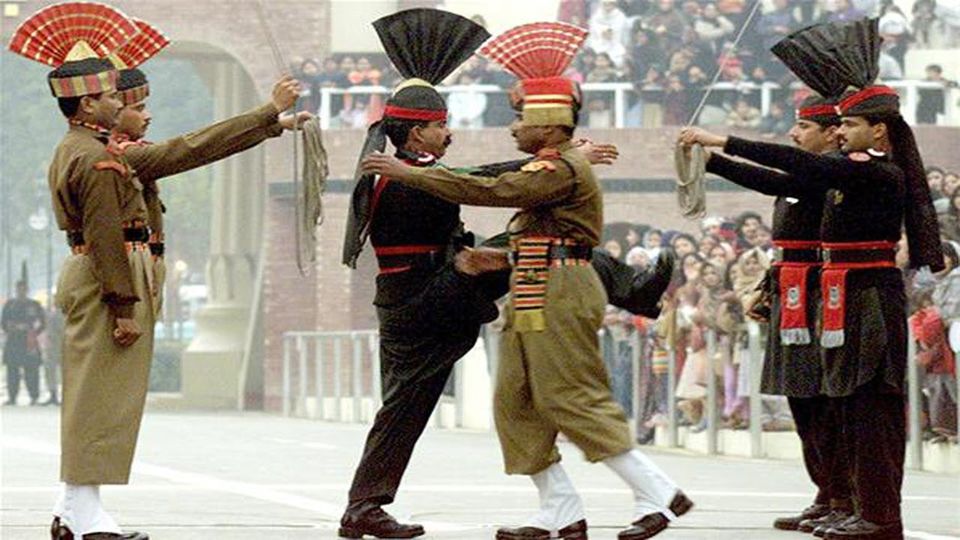 The border closing ceremony at the Wagah Border between India & Pakistan in one word is – Electrifying!

This experience for anyone will surely stand out as one of the most treasured travel memories; for me it has been one of those days that is & will continue to stick in my mind for a very long time.

Also called The Beating Retreat ceremony, it has been a daily military practice since 1959! The ceremony takes place every evening before sunset at the Wagah Border, which came into being when the Radcliffe line was drawn, distinguishing India and Pakistan, and dividing the village of Wagah into eastern and western parts. The eastern part went to India, and the western part in the newly born Pakistan. The only official road link, The Grand Trunk Road, across the highly vexed Indo-Pak border passes through the colossal border gate.

From Amritsar, taxis are easily available to the border which is only about 30 KM’s away. It’s a 10-12 minutes’ walk to the main area (where the ceremony actually takes place) from where the taxis drop off the passengers. It’s an oval shaped area with concrete steps spread around for seating, and the mighty ‘gate’ cutting right through the middle. It’s recommended to reach the venue well in advance, say by 4 PM, to grab the best seats!

If I have to describe the sequence of the ceremony, it would be – The ceremony starts with a storming parade by the security forces from both the sides, and ends ups in a perfectly coordinated lowering of the two nations’ flags. One soldier stands at attention on each side of the gate. As the sun sets, the iron gates at the border are opened and the two flags are lowered simultaneously. The flags are folded and the ceremony ends with a retreat that involves a terse handshake between soldiers from either side, followed by the closing of the gates again.

But of course! There is so much more to this punctilio than just the sequential steps listed above.

These ceremonial steps would have no meaning without the passion, enthusiasm, patriotism, love, respect, energy displayed by the security forces from both the sides.

However, the very first though that crossed my mind as I looked at the gate was - that this was the gate that saw the bloodshed of the partition and the exodus of millions of people across it. & I was not sure if I should feel sad or happy for being there!

I was soon lost in the claps and cheers of “Pakistan Zindabad” and “Jai Hind”, from both sides of the border. Throughout the ceremony, the air was charged with thrill and excitement & by the time the ceremony came to an end I was intoxicated with patriotism!

It was difficult for me to decide whether I should be proud of & celebrate the patriotism on display or feel sorry for the rancour and mutual pique between the neighbors. While the apparent intent of the ceremony seems to be the lowering of the flags before sunset, the martial cries, intimidating stares and blunt handshakes seem to turn the event into a battlefield. And, as an unintended side effect the ceremony also seems to expose the mutual resemblance between the two countries.