The cultural hub of punjab: Amritsar 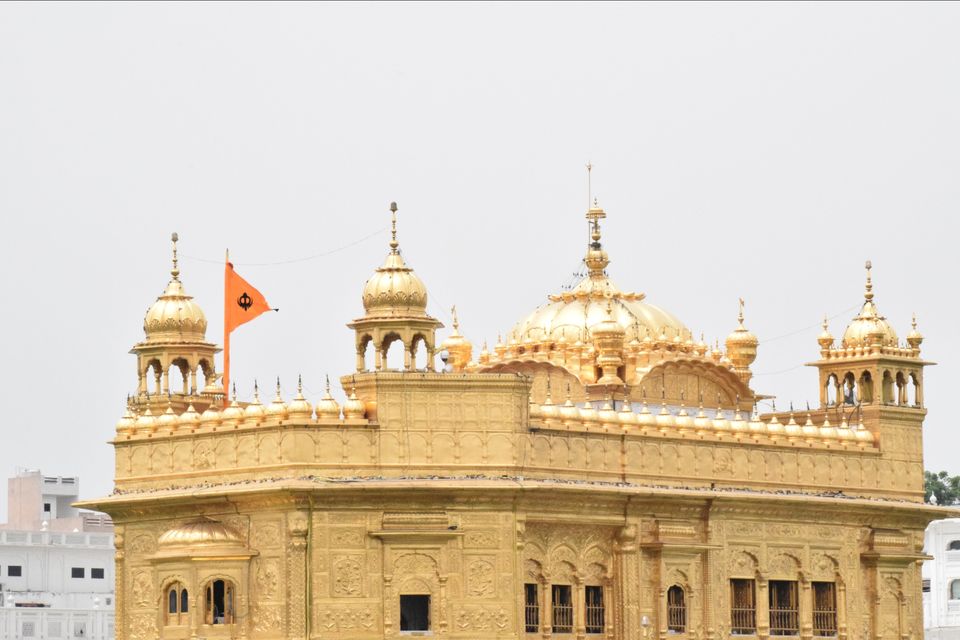 Amritsar, the heart of Punjab is suppose to be the holiest place in sikh religion. The city was founded by Guru Ram das, the fourth sikh guru and completed in 1601. The word Amritsar derived from two word Amrit means elixir and sar short for sarowar means lake. Which named after the holy water surrounding The Golden Temple.

We started the incredible road trip from delhi early morning, to had a pit stop at panipat. Panipat, as we know is the historical city of haryana. Known as the 'Textile city'. The city gives the best woven clothing and at a reasonable rate. So we spend a few hours exploring the market. And back on the road again.
The cultural Punjab road trip is a must to experience for anyone. I mean the roads surrounded by sarson and sunflower farms, giving you the DDLJ vibe. The real dhaba culture was right here. The most amazing spicy punjabi thalis served with glass full of sweetness of lassi. The air we felt smells the holiness of the city.
We reached Amritsar late at night. Checked in to the hotel- Comfort Inn Alstonia and went straight to bed. As the day was really tiring and we had an early start.

The day started early, we had our most healthy buffet at the hotel. And left for the city's tourist attraction. The Golden Temple locally known as Harmandir Saheb. Means abode of god. The gurudwara is considered to be the most spiritual shrine in Sikhism. It was completed  in 1577 by the fourth sikh guru, Guru Ram das. But the structure keep destroyed by Muslim and mughal rulers but keeps rebuilding by sikhs. The pool surrounding the temple contains the holy water. The gurudwara is open for worship for the people, from all over the world who believe in faith. The gurudwara conduct a Langar everyday day for as many people as they can.
We took an E-rickshaw from the hotel to the entry of The Golden Temple. There's a cemented trail surrounded by small similar looking shops selling every kind of things. From culture artifacts to juttis to phulkari saris and dupattas. The trail ends at the temple gate where we were supposed to wear something to cover our heads. We remove our shoes and wash our feets before entering the temple.
When I first saw the temple I was stunned. My first view of the gigantic golden monument was mind blowing. It was the most beautiful temple I saw. The big domes shining from the bright sunlight. The water surrounding it glimmering when the sunrays strike it. The white marble path around it. It was all so calming to my eyes. There were alot of people, but their presence fades away for a while. The peacefulness felt so good.

We couldn't attend the langar, but I heard that they made the tastiest food there.
On our way back we visited the Jallianwala bagh. The Jallianwala bagh massacre took place in 1919. The British general Dyre, ordered to fire riffle on the crowd gathered inside. The crowd consist of many freedom fighters and alot of normal people who gathered there for the festival. The people who didn't die from firing died falling in the well and from the wall. The tension was in the air, there was a vibe there that gives shiver down my spine. Those bullet marks. The well. An eternal flame was light up in the compound since then for remembering the ones who Martyred that day.
After a tour at the local market and a little shopping for Souvenirs. We were starving. Locals told us about this age old dhaba called 'bharawan da dhaba'. So we took an E-rickshaw and went for the search. After almost two hours of rolling into the narrow lanes, we reached a much congestion lane with vehicles tailing in. And then we saw that ancient dhaba, a small claustrophobic room with people eating and others standing next to their table waiting for them to finish which was quite unusual for anyone to do. We waited for what looks like an eternity but didn't even get a chair to sit. It's already 11 at night. So decided to find some other place more suitable than this one. We came out to those galis and had a full punjabi dinner at a dhaba near the golden temple. And went back to hotel. There were a few museum on the same square to explore about the culture and to know more about partition.

The next morning we had breakfast of typical punjabi aloo parathas with pickles and full glass of lassi, which took an eternity to finish. Most amazing aloo parathe I had in my entire life. One should try the hot rabdi jalebi and gulab jamun too for breakfast.
After this satisfying meal we left for Wagha-Attari border. Which is 28 km from Amritsar. We reached there at 2:00 pm. The ceremony was about to start at 4:00 pm. But as the time went by the crowd started to gather luckily we were early so we get to be firsts to enter. With some 2-3 security checks we reached a huge stadium. Got the best spot to sit just few steps away from the Pakistan border. How incredible was that. So the ceremony starts just before the sunset. It is called beating retreat border ceremony on international level. It is a daily military practice started in 1957 so as to show brotherhood and cooperation between two countries. The ceremony started with the parade from BSF and pakistani rangers on their respective sides. Followed by dancing civilians called from the crowd on patriotic songs. As the sun sets ,the iron gates opens with the soldiers marching from both sides and the two flags lowered simultaneously. With two soldiers from both sides came at the center of the border for a handshake. And then marching back by closing the gates again. With big battle cries and patriotic songs in the background it was obvious to had a patriotic feeling you never felt before.
I have never been so proud to be a part of this country. Proud to witness such peace between the two rival nations. It was really fascinating to watch.

And here's the end of another cultural trail in India. DM me if you have any queries.