A Tale of the North: Trip to Chandigarh, Amritsar

North India is a treasure trove of places to explore. It provides opportunities for all kinds of tourists - from explorers to foodies to those who just want to relax and unwind. My trip to North India took me to Chandigarh, Amritsar and McLeod Ganj. It was quite a pleasant experience and there were many beautiful places to see. The journeying between two places got a little over whelming as it spanned two states - Punjab and Himachal Pradesh. In the end, it was all worth it though.

I was in the land of butter chicken, lassi and awesome aloo parathas. How could one not be happy, right? And so my trip also entailed some yummy and extremely fattening food. While travelling however, it is advisable to intake lesser food than you would normally as the there are quite a few mountainous roads and bumpy tracks that will make your stomach go really uneasy really fast. So, in case you plan on having a full day trip to somewhere, pack your lunches and take them with you.

Chandigarh serves as the capital of Punjab and Haryana. It is a beautiful, well laid out city which has several sights to see such as the Rock Garden, made up entirely of discarded and recycled materials. If you are interested in art and history, then the Government Museum and Art Gallery is for you.

From Chandigarh, head to McLeod Ganj which is a hill station hand has an extremely pleasant and soothing climate. My visit in December was a bit hampered here as I experienced a severe snow storm, one which was said to be the worst in 60 years. There was 4 feet of snow in a single night and I was snowed in for 4 days straight. However, the climate is otherwise forgiving and quite pleasant the other months of the year.

From Chandigarh my travails took me to the land of the Golden Temple- Amritsar. While visiting the Golden Temple, the Holy Shrine for the Sikh community, be sure to eat in the community lunch/dinner there popularly called as the langar. From there onwards, one can watch the Border closing ceremony at the Wagah Border, which demarcates the land area between India and Pakistan. The bazaars of Amritsar have something for everyone the the local food will add some zing to your taste buds.

Do not forget to visit the Jallianwala Bagh which is an iconic landmark in the freedom struggle of India. This the place where General Dyer opened fire on a peaceful gathering and slaughtered hundreds of innocent people. The bullet marks in the walls remain to this day and serve as a cruel reminder of the price that we paid for our Independence.

The Rock Garden was built by Nek Chand who was a government official. The most interesting thing about the rock garden is that it was built entirely out of waste materials and discarded items such as galss bottles, pottery, crockery, rags etc. He started building this garden in secret and spread it over 12 acres single handedly. It was declared illegal by the state authority however, the people rallied behind him and saved this garden from certain demolition. Today, it is a place frequented by all who visit Chandigarh and has proved to be a tourist magnet. 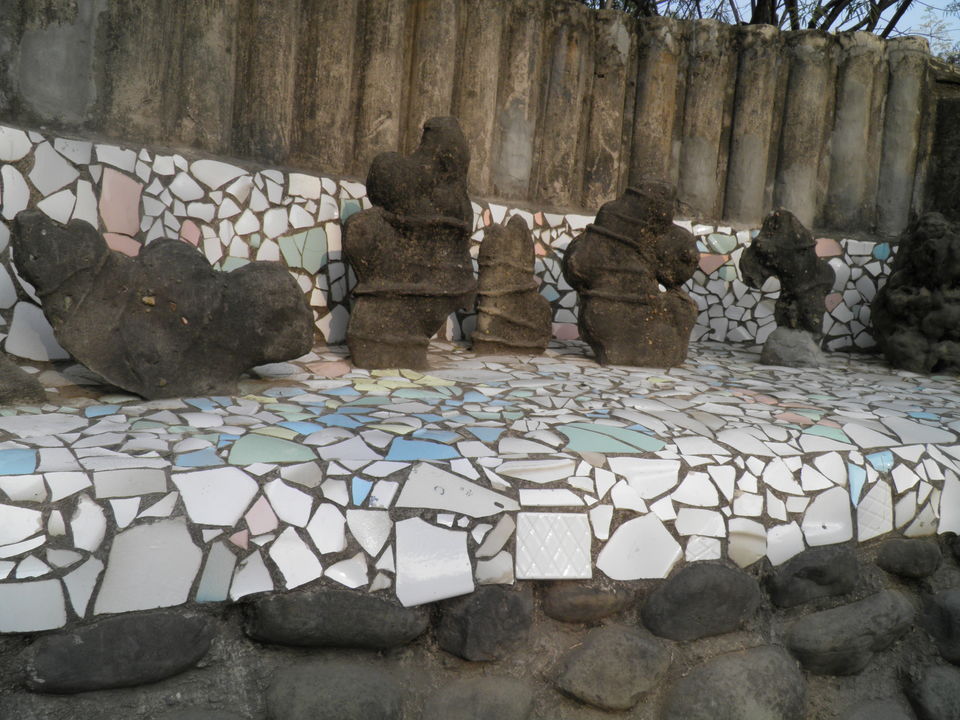 The Government Museum and Art Gallery contains a vast collection of Indian miniature and contemporary paintings. Gandhara style of sculpting was popular during kings Asoka time. Some the beautiful sculptures of the same style can be found at the Museum. What's more, it also contains some of the earliest dinosaur fossils that were found in India. Yes, you read that right. Dinosaur fossils. In India! The manuscript section of the Gallery will be of extreme interest to those who take an interest in History, as it houses several documents which form an integral part of our rich and diverse past.

The Golden Temple gets it name from the gold dome that rests atop this Shrine. Considered the Holiest of Holy Temples of the Sikh, the Golden Temple was built by the 5th Guru, Guru Arjun Singh. The Holy Book of the Sikhs, the Adi Granth Sahib never leaves the Golden Temple, otherwise known as the Harmandir Sahib. There is water on all four sides of the Temple and it's what gives city its name - Amritsar meaning the 'lake of nectar'. One can offer the immensely yummy sheera prepared there as an offering in the temple. You are required to wash your feet before stepping into the temple as it is a holy place. 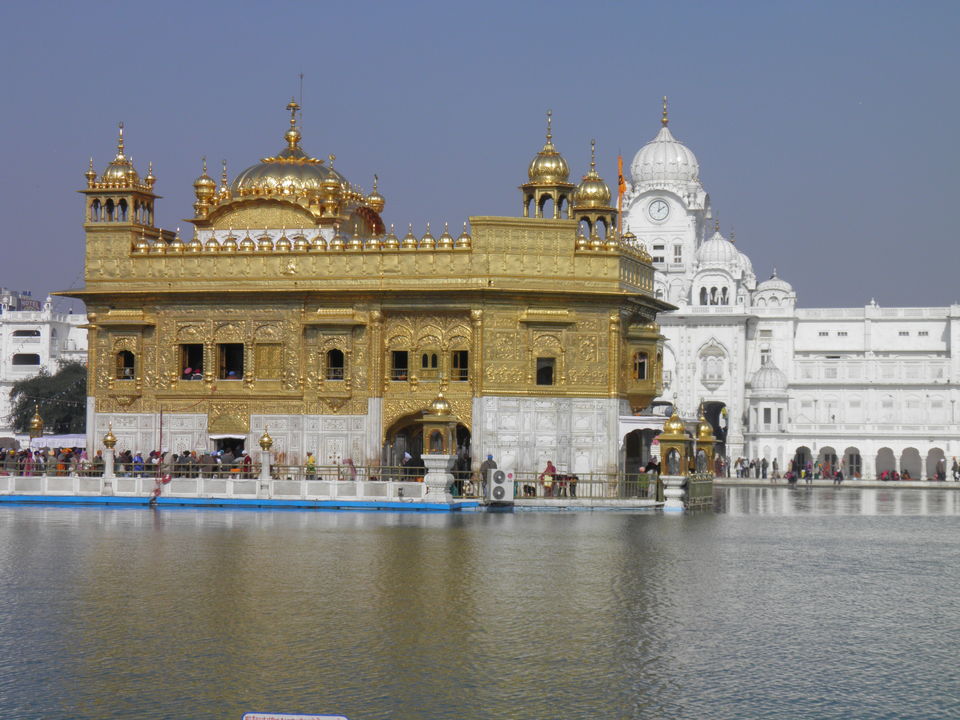 Wagah Border demarcates the land between India and Pakistan. One can see the entrances to both these countries. The Indian BSF (Border Security Force) soldiers who guard these lines are over 6ft tall! Each evening a special ceremony is performed whereby the gates to the border are closed. People are permitted to watch this, however, depending on the circumstances photography may or may not be allowed. After the ceremony is done, the crowds are free to interact with these guards. However, how much the guards respond to you is well, upto them! Be sure to be early in order to catch the best seats the fastest, otherwise the show might just get housefull! 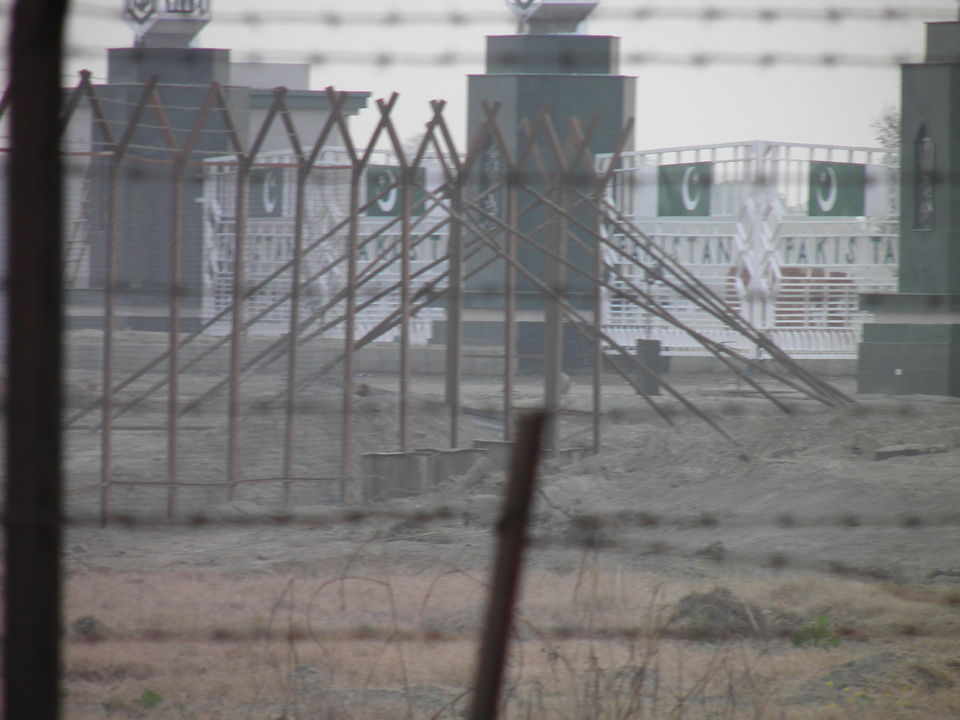 The Jallianwala Bagh is the site of the Jallianwala Bagh massacre where General Dyer open fired on the people who had gathered peacefully in the Garden. This was after the infamous Rowlatt Act had been passed by the British which banned violent gatherings. The construction of the Bagh is such that it has just one narrow passageway as an entrance and is surrounded by high walls on all sides. General Dyer occupied that narrow entrance and ordered the soldiers to open fire, killing nearly everyone present - man, woman and child. The martyrs well, located in the Garden is the well in which the women jumped into along with their children in order to escape the assault and prevent capture. 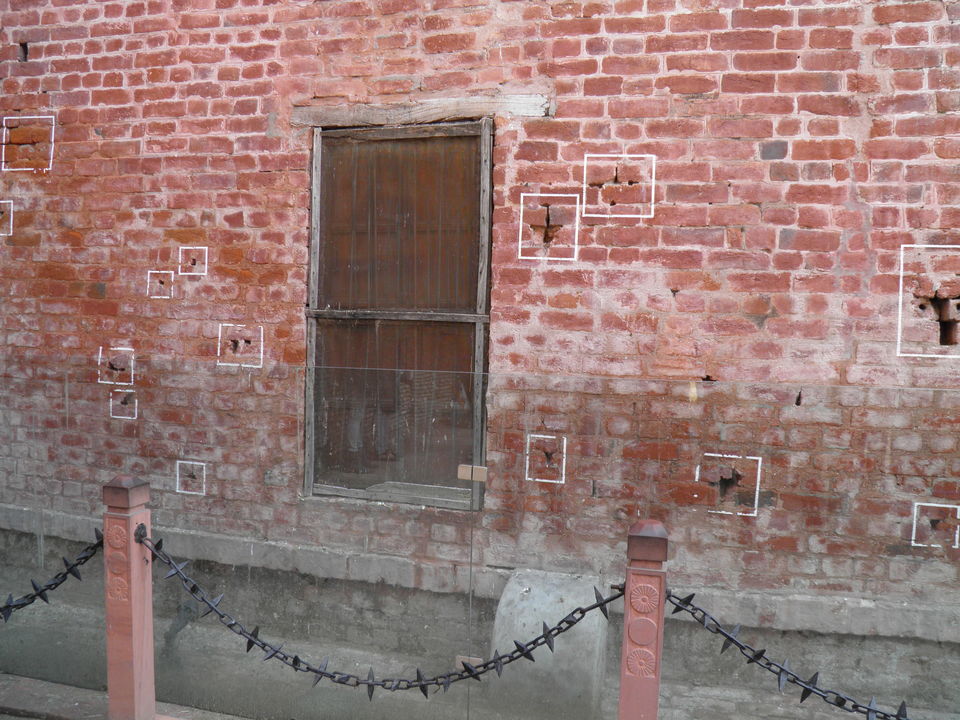 McLeodganj is a small suburb in the city of Dharamshala. It is also the headquarters of the Tbetan - Government in exile and has plenty of monasteries if one wants to visit. Monks are a common sight in this small suburb. The peaceful McLeodganj is ideal as a last stop or destination as it provides the perfect atmosphere for calming the senses. McLeodganj is also called the 'Little Lhasa' or 'Dhasa' by the locals who reside over there. Various charitable organizations operate from McLeodganj for the Tibetan cause. 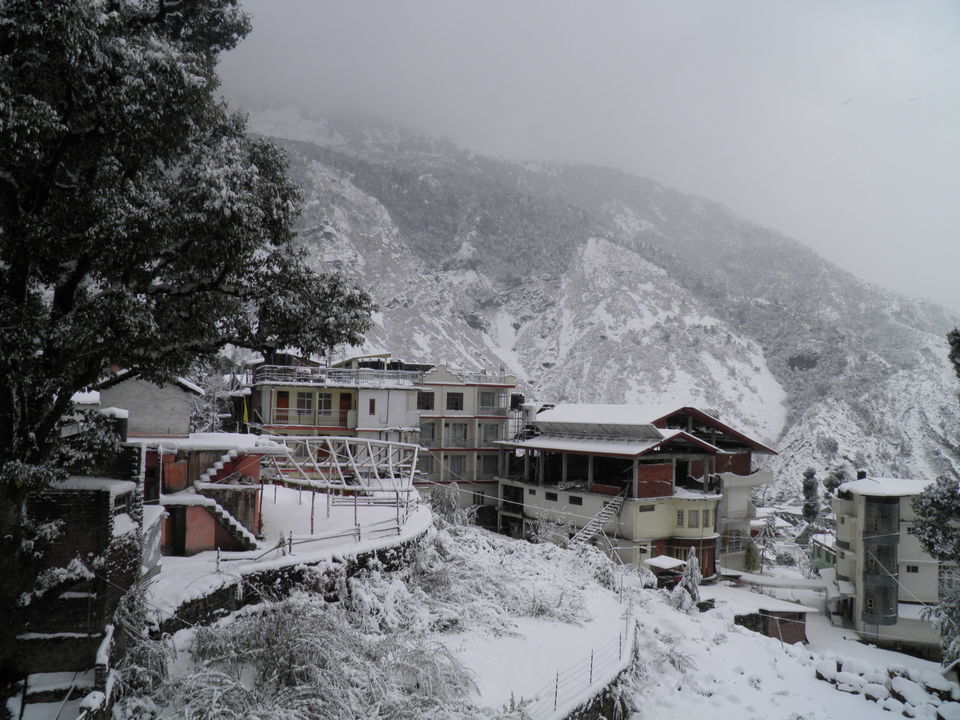 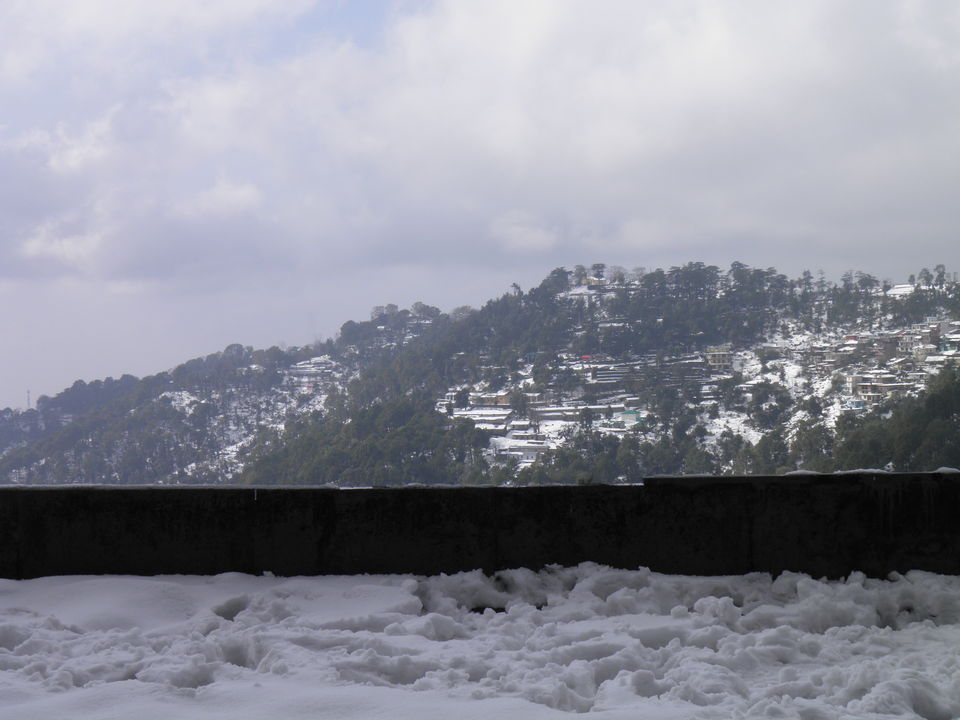