India Travel GuideIndia TripsMe And A Bullet On The Golden Triangle!

Me and a Bullet on the Golden Triangle!

By Sharath PS
This was my first long distance (~1000++kms) road trip - and I wanted it to be on a bullet! Me and my friend planned it together -  to cover the Golden triangle - Delhi -Agra -Jaipur in less than 5 days. Our expectation out of this trip was the biking experience, and to visit just the couple of places these places were famous for. We had many setbacks even before we started - my friend had to back off due to an accident just days before our planned start - and Delhi's climate was just being a bitch!

Anyways I decided to go ahead and with the support from Stonehead bikes, I was able to complete the trip and enjoyed almost whole of it. The worst part was first day - when my bike broke down and I was stranded for 3 hrs, then I had to travel late night in freezing cold to reach Agra. But when I look back at it now, I feel it was an experience I am going to remember a long time, and makes me confident. Nevertheless it was fun - I went around looking for mechanics and a place to get water - finally Stonehead folks arrived with a spare bike - even though it was an off day for them.

About the ride - whether you are a bullet fan or you own one - you don't get to feel what a bullet really is until you go on a long distance trip on one. All along the way - on highways and small roads, day or night - that thump gives you confidence to push ahead fearless. What a faithful companion, and elegant machine! The yamuna expressway is one of the best highways I ever drove on. Impeccable roads, and but for the facilities dotting the stretch from Delhi to Agra, I would have died of hypothermia that day! Everytime I got down at a dhaba to warm myself and have coffee, I met people with an amused look on their face - one time a man made it clear saying "hats off to you for travelling at this time in this weather"! That was the best feeling ever :D Even in this weather, my bullet never gave up on me. The last few kilometers of to Agra, I was literally shivering on the handlebars- just hanging on. The visibility was so bad I had to duck  under the clouds of fog to see the road. My ankles were frozen stiff in the biting cold winds, and would hurt every time I had to shift gear. The bike never flinched even once, and I was able to average 60 to 70 kmph even then. I dont think I could have done that on a normal street bike, unless it was as heavy and powerful as a bullet.

The spare bike I got did'nt have electric start. Every morning I would get a nice warmup turning on the cold engine - it had to be kickstarted and idled for about 15 minutes. But once this was done it had no other concerns.

I found it bit difficult to navigate the labrynth of roads in Delhi - I got lost a couple of times. People where very helpful all along - so were the traffic police, then I had GPS and google maps! The only time I got ticketed was when entering Rajasthan - bikes are not allowed to enter the tunnels, and I was in a hurrry to reach Amer fort before sunset. As soon as I got to the other end of the tunnell, two policemen stopped me. They were in a jolly mood and were intrigued by my luggage aand the GoPro strapped to my chest. After checking my license they said I had to pay a fine, which was around 500INR. After bargaining and whining a while, they took me inside the traffic check post room, mades ure the camera was switched off and took 200 rupees. I closed he deal without thinking much. The roads get very scenic as you near Rajasthan, since they are cut through rocks and small mountains on either side and the people in their traditional dresses, stone work masons by the side of the road and the like. Four days - 3 cities- Awesome feeling! :D You can checkout my review of the places I visited on Tripadvisor!

You can watch most of the trip in my video on Youtube ^
Peace! 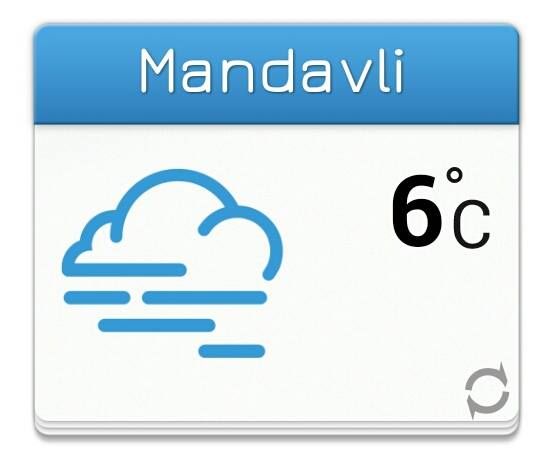 Got on the Yamuna experessway - chugging away on a 500cc mighty Bullet Electra. 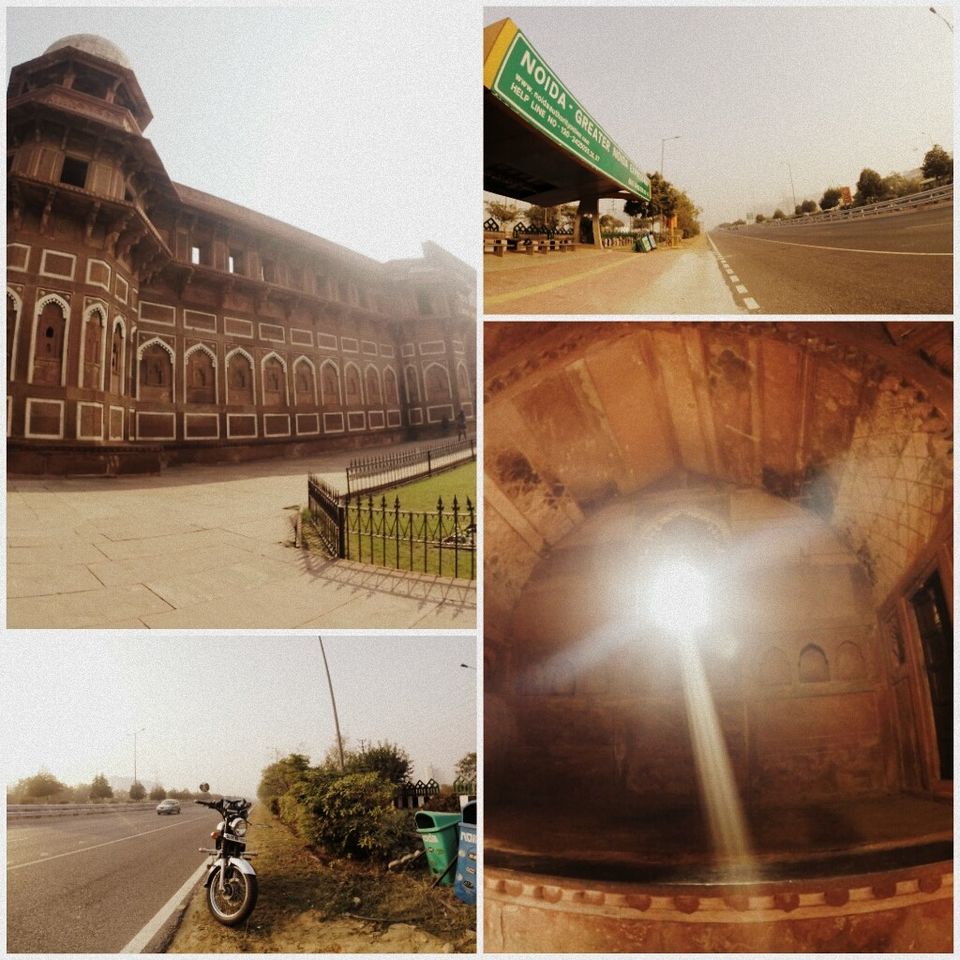 A bit dirty to be honest with you - Seriously! But for Taj Mahal & Agra Fort, this place is totally uninteresting. I visited the fort before I visited Taj. I have seen some people advising to do so, but I didnt find it to be true. A fort is a fort and the Taj is Taj.

It was late night when I reached Agra and it was fucking cold - so this was the first place I saw after entering Agra- no wifi - dirty toilet - damp bedding- no parking lot- but they locked my bike at night with a chain, and there was a security guard.

Day 2 - I went early and it wasnt very crowded. I loved the sandstone jali works and carvings at different places inside. Hope I will one day build a house that has jali worked windows! The place is pretty big and still being renovated. The large courtyard inside is paved with stone, and is very calm and serene. Defenitely a a must visit if you havent seen many forts or you dont live in one :P I went on my bike, and luckily paid parking was available right in front of the fort. 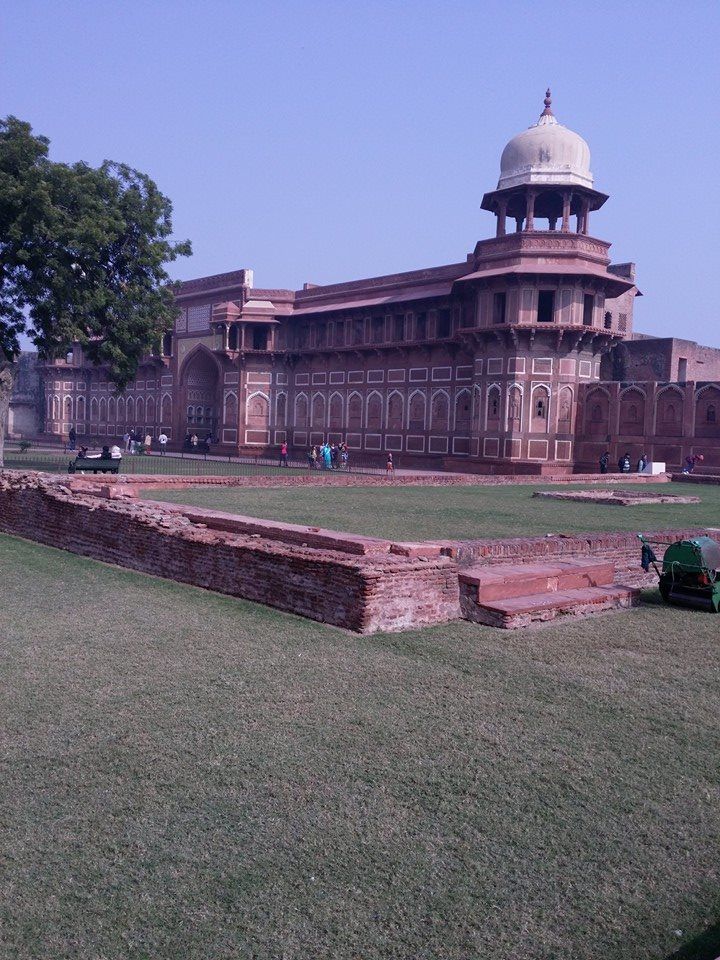 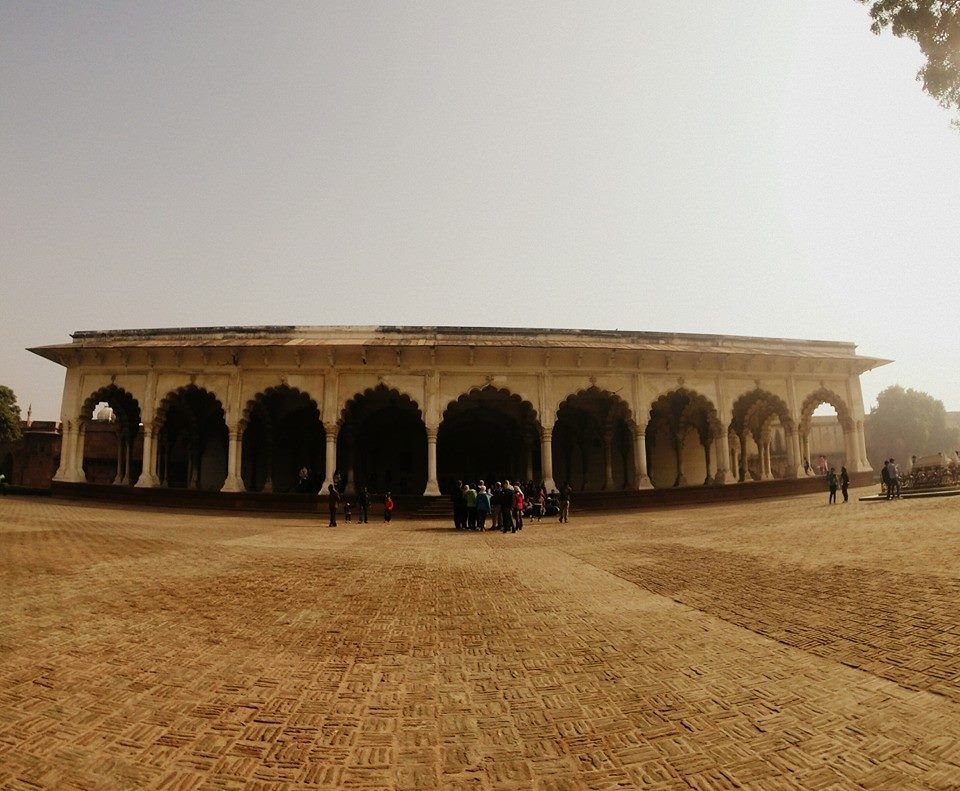 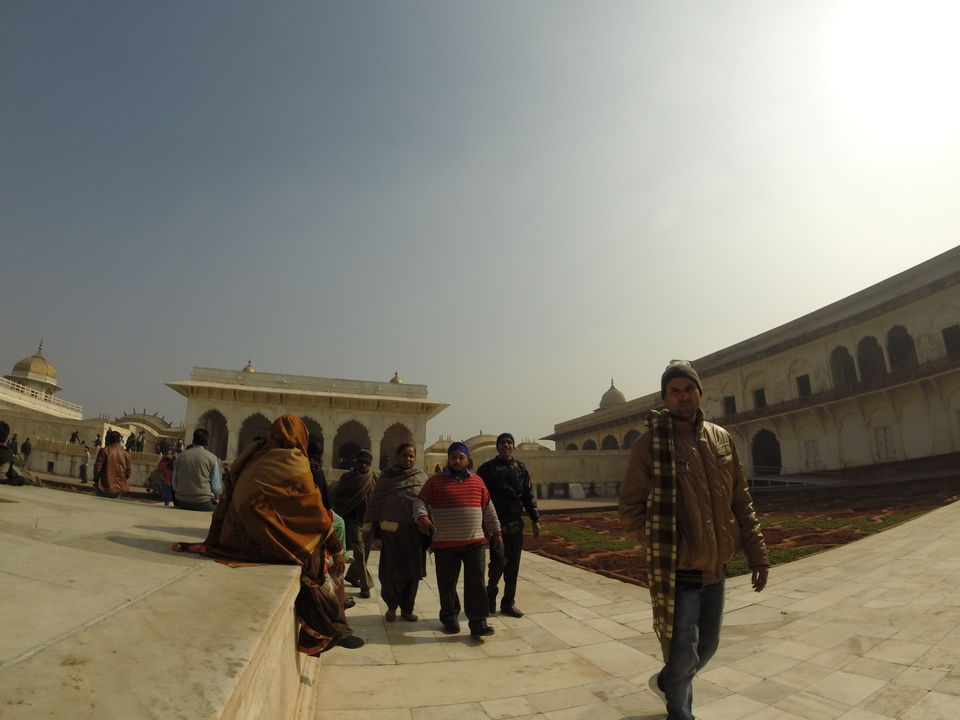 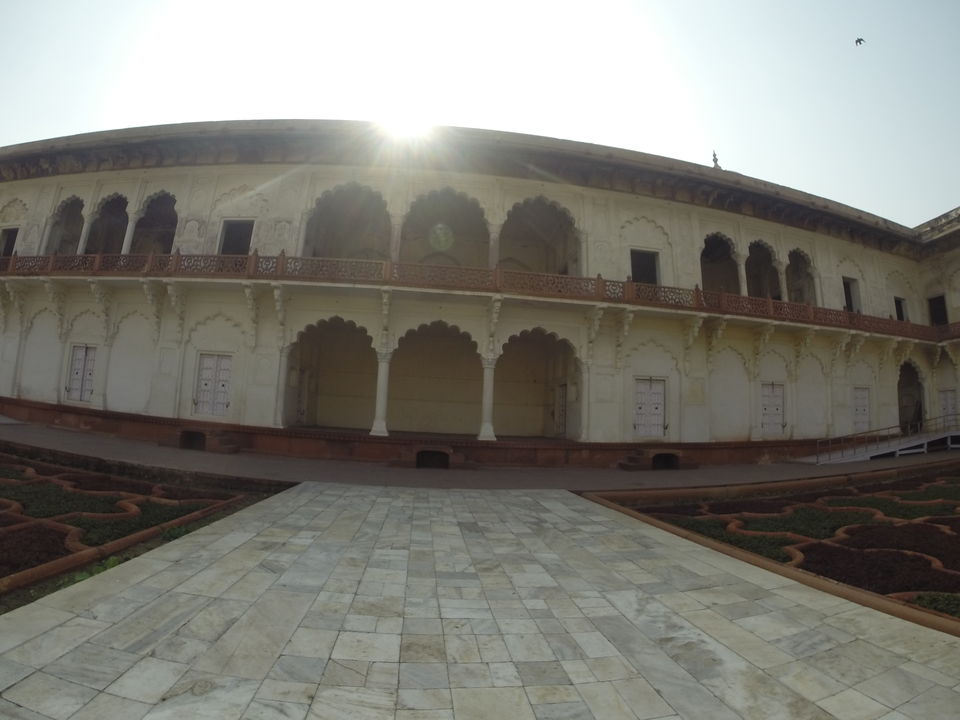 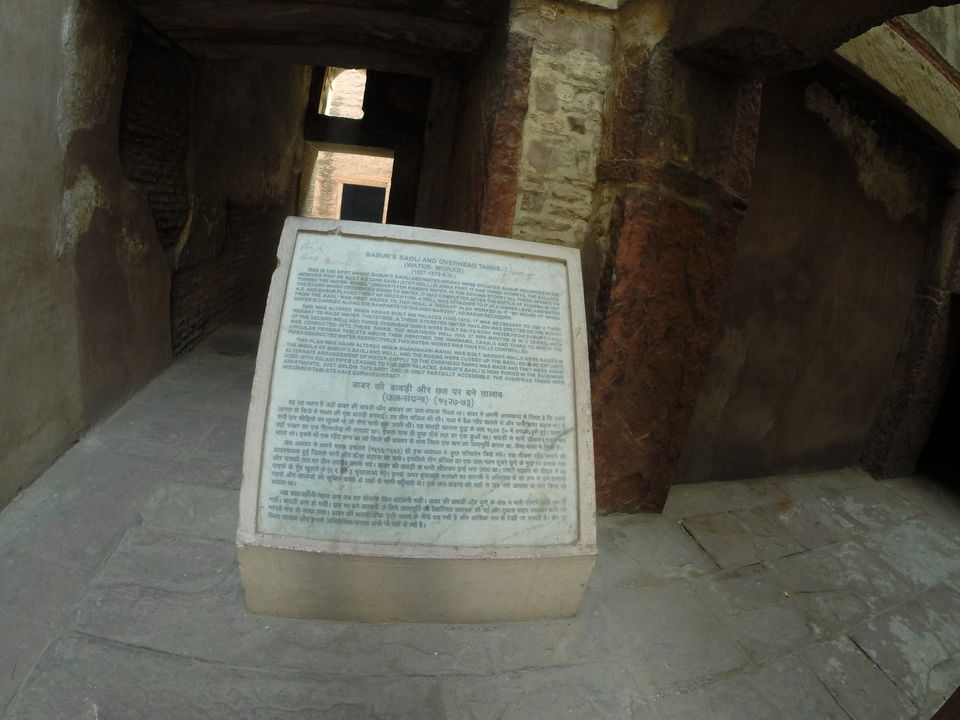 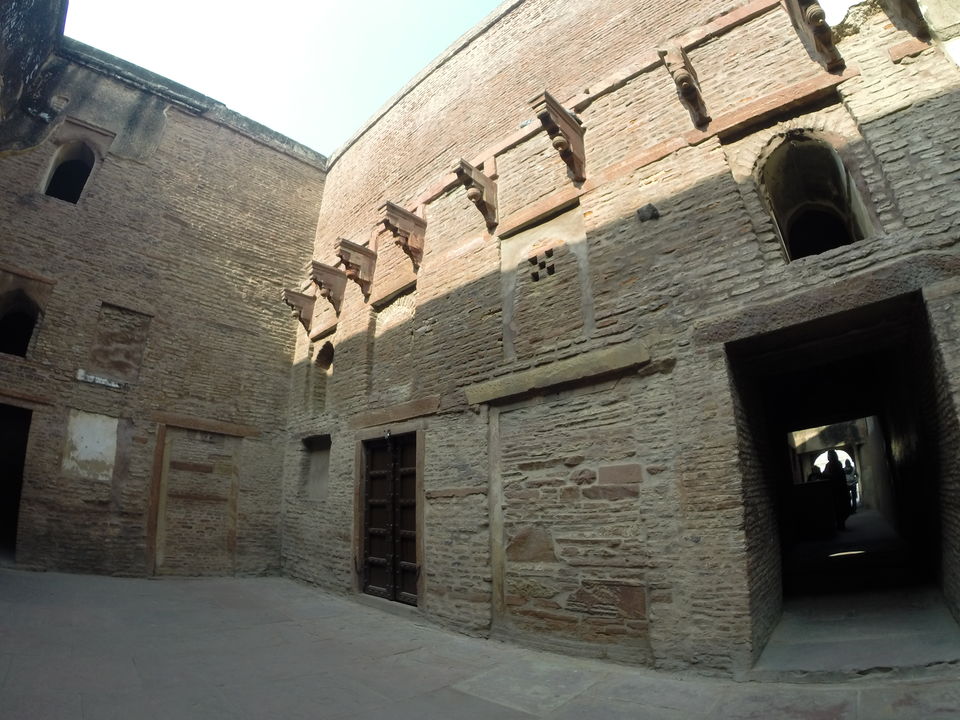 After Agra Fort - decided to rest since it was Friday, Taj Mahal wasnt open. O.K food and room service - Big courtyard where you can park bike- quite safe.

Day 3 Morning Taj Mahal - You can never be early enough to beat the crowd. Forgot to get shoe covers from outside had to go all the way out through the annoying security gates to get one. Ah, if only I could drop inside Taj garden by a helicopter! But nope, you have to walk through all the dirty and small lanes with cow dung all around and people burning stuff despite the fact that the Taj is getting darker thanks to pollution, and finally ward off peddlers, and find the right queue for your ticket and go through the heavy security & patting down... phew! And then you realize you got to have shoe covers before you can enter this "symbol of love" (duh), which unfortunately is available only to foreign tourists at the entrance of Taj, and other taxpaying patriotic citizens (like myself) have to beg the security again to let me out so that I can get the stupid overpriced cover from a peddler outside and come all the way bacK again - howw romantic! Well, yet it is built in white marble and there is a tomb inside. More exquisite jali works in marble with precious jewels inlayed inside. You'd be lucky if you can find a calm spot and enjoy the view though. For bikers, be prepared to ditch your bike far away at the first junction as there is no parking nearby. Also the locker room is about 50 meters away from the gate. Just ask the guards. They didnt allow my gopro chest strap inside, and another 'patriotic' Indian gave me a lecture on how a go pro can scratch the marble surface (lol) if I kept it on the marble floors. Aaaaargh, when will ppl learn to mind their own business? Did not live up to my expectations! Mausoleum of love- my ass! 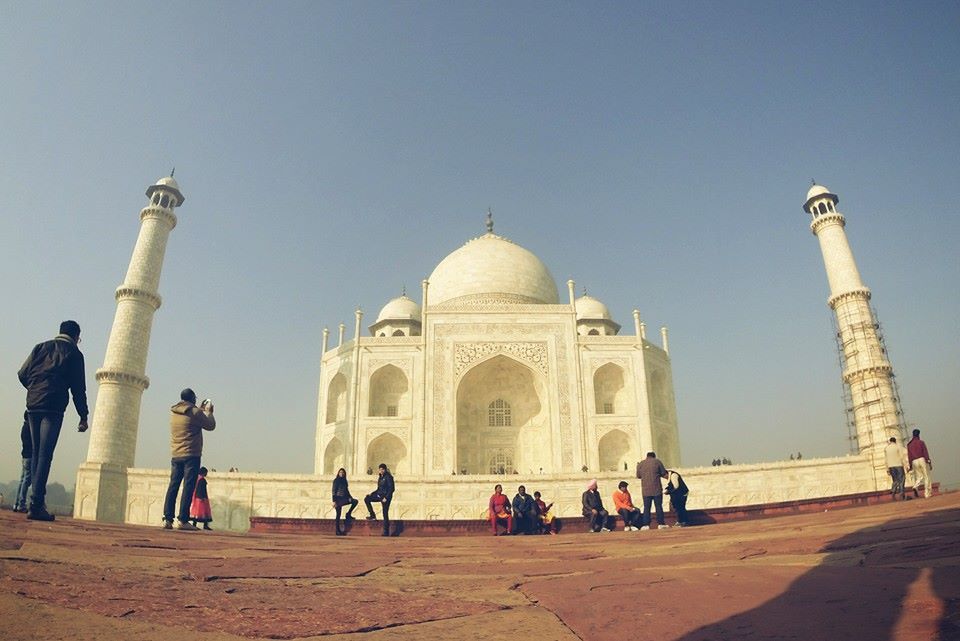 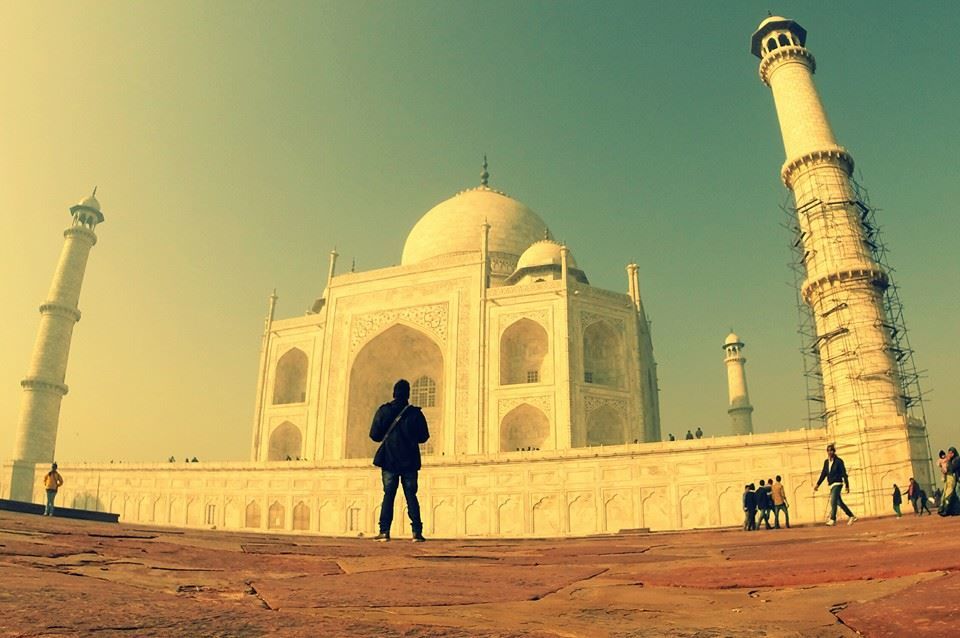 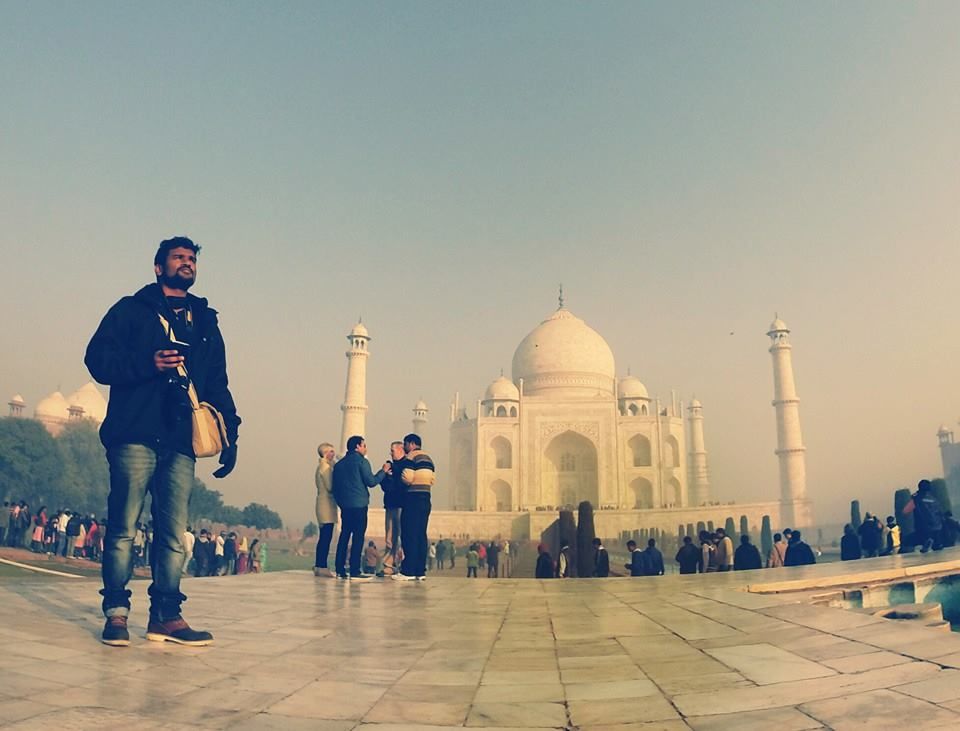 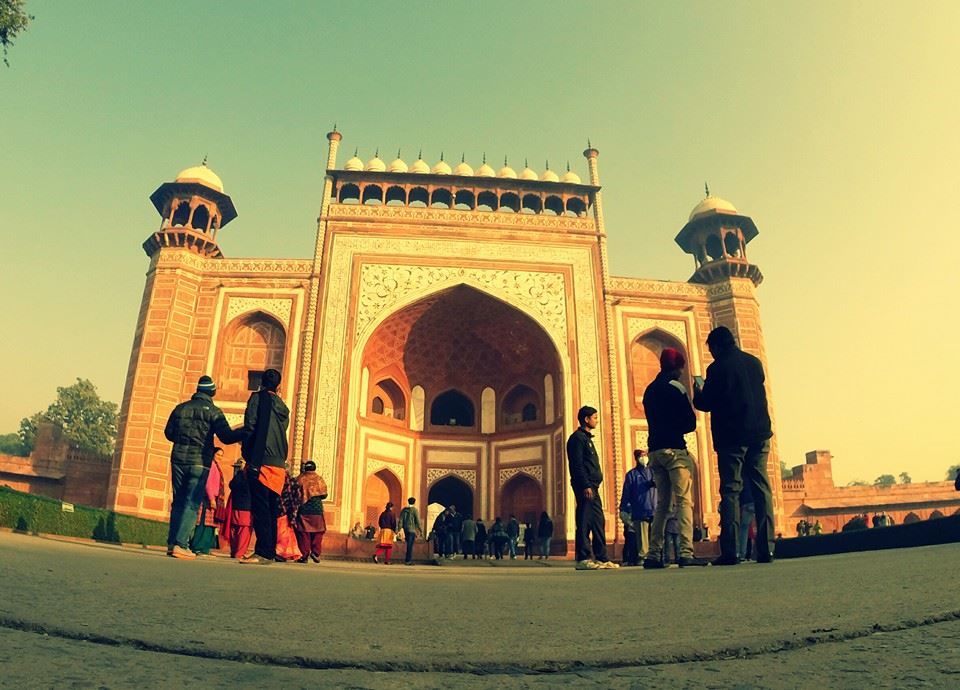 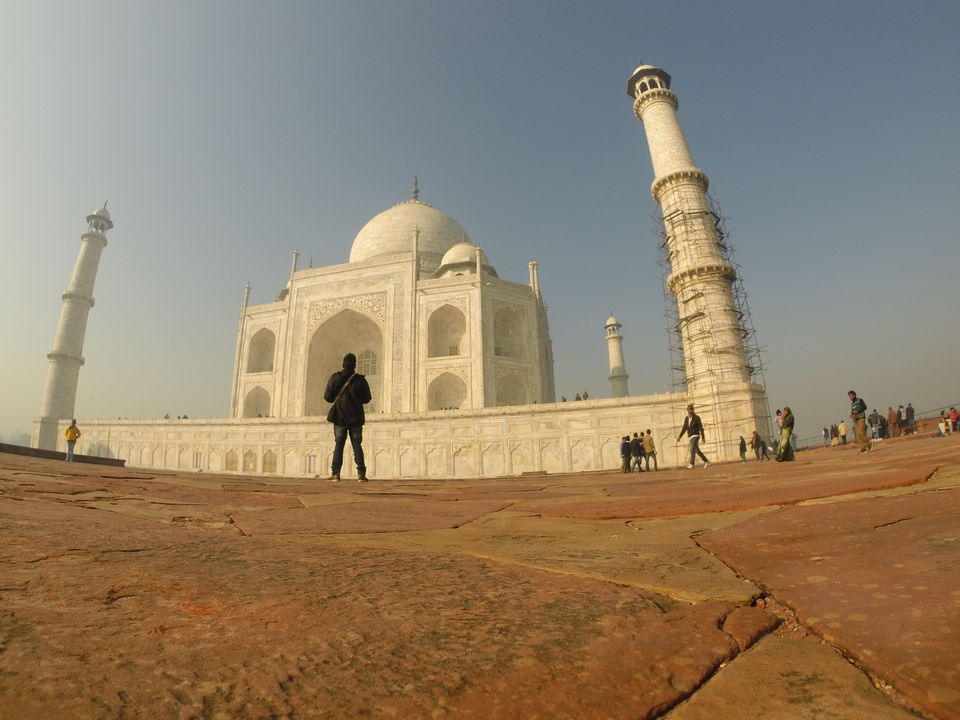 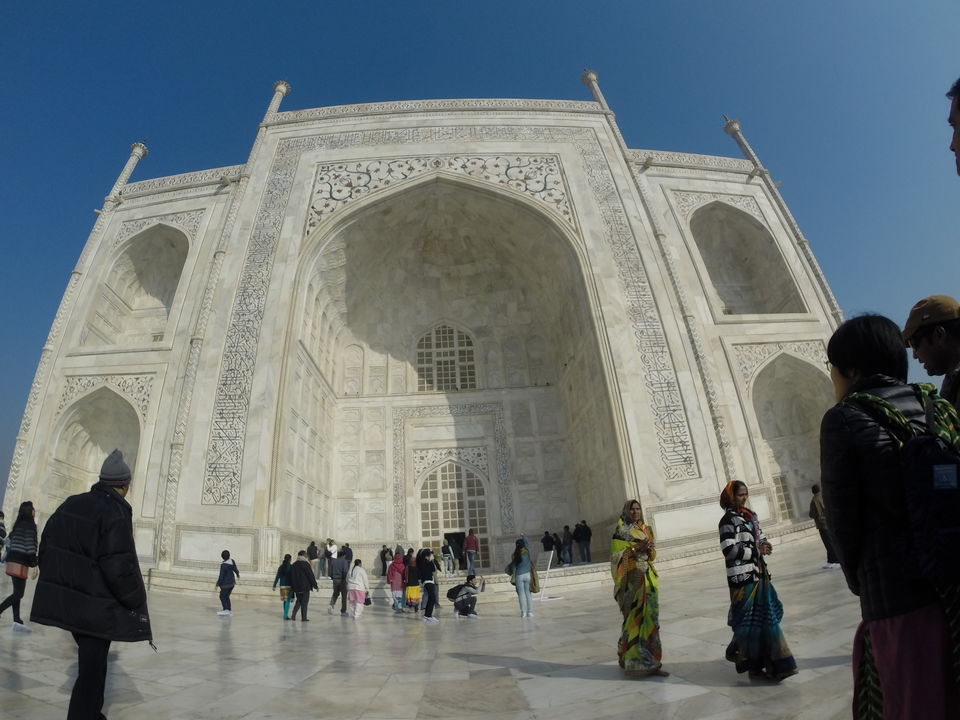 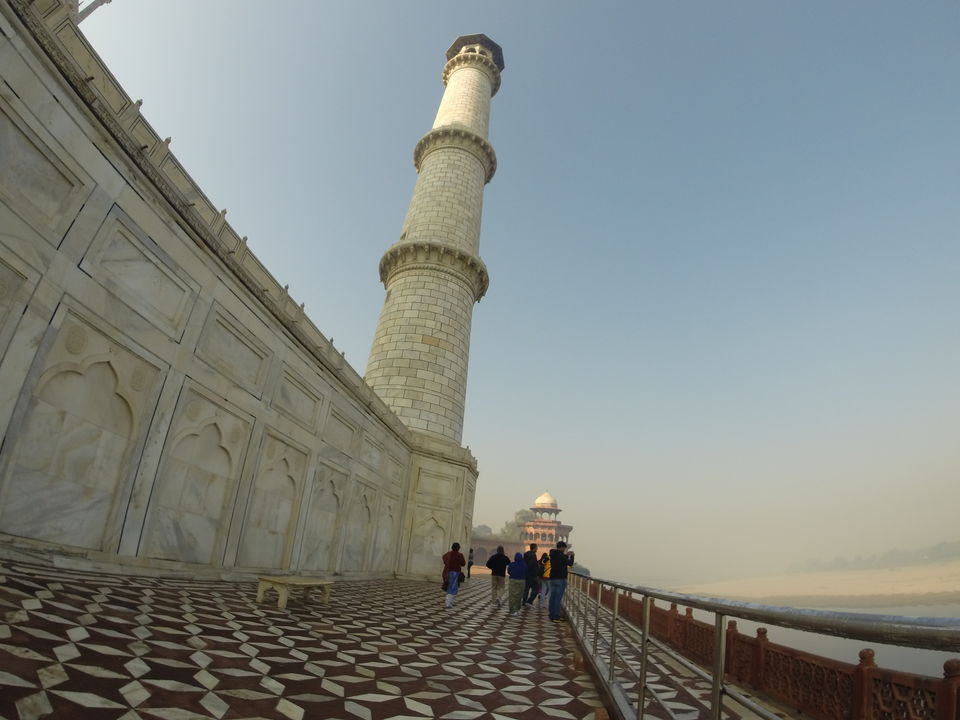 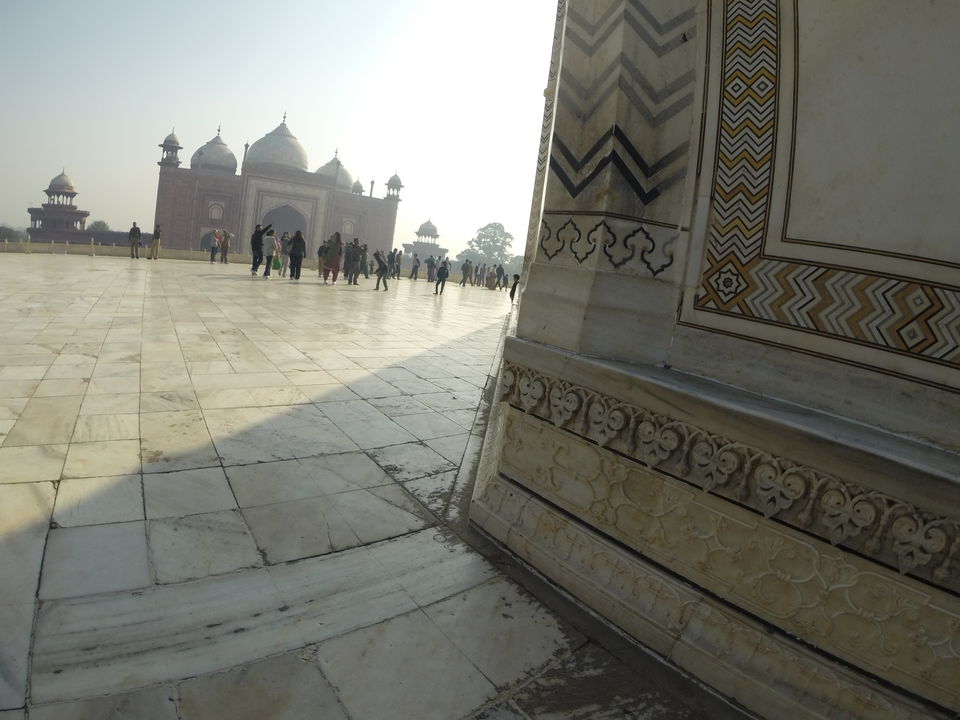 Day 3 evening- Reached just in time when the fort was closing- scouted the place - found parking lot - and a nice hotel to stay! Rajasthan was the most pleasing part of my journey

Day 4 Morning - WOW! Amber fort was the best... For some reason, I found it even more appealing than the Taj Mahal. I am not drawing comparisons of any sort, its just based in what I felt during the trip. Every window with a view of its own, a proud and magnificent fort atop the rocky hills overlooking the placid lake, the flocks of pigeons and people clad in their traditional dresses. The place is a time capsule in many senses, and hauntingly romantic. Weather was very pleasant even when Delhi was freezing at this time of the year. The only thing that might ruin your experience is the hawkers who wont let go of you once you have given even a glimpse at their goods. Especially near the place where you queue for the elephant ride. They ruined a good part of the ride for me. Avoid paying any attention or interest. You can do with the shopping after completing the fort. For bikers, go past the fort and palace entrance down the road for parking lot. Its just by the side of where you queue for elephant ride. The fort opens around 8 am and closes at 5pm. There are few hotels very close to the fort, Trident, Regenta and Lake View, in decreasing order of rental. I stayed one night at Lake View. You can keep your bikes in the porch here. Pretty safe. 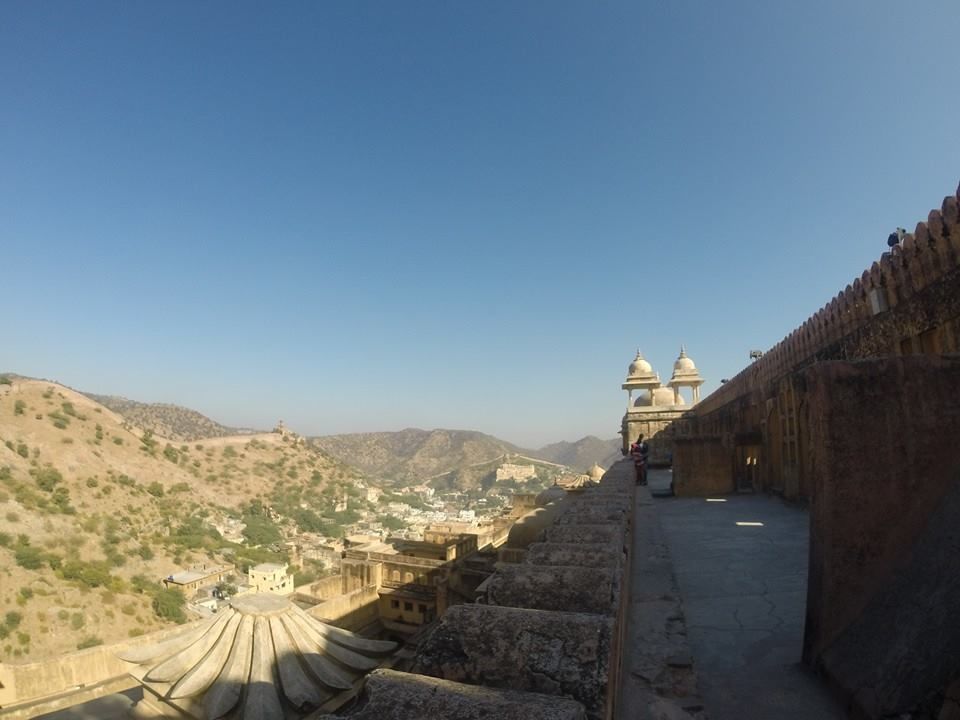 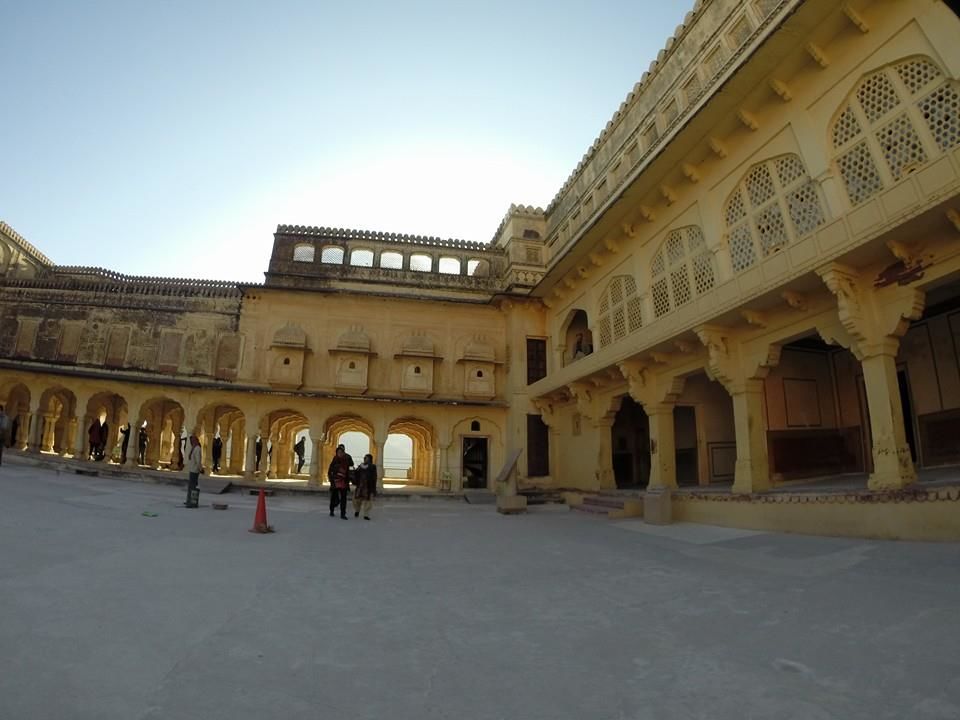 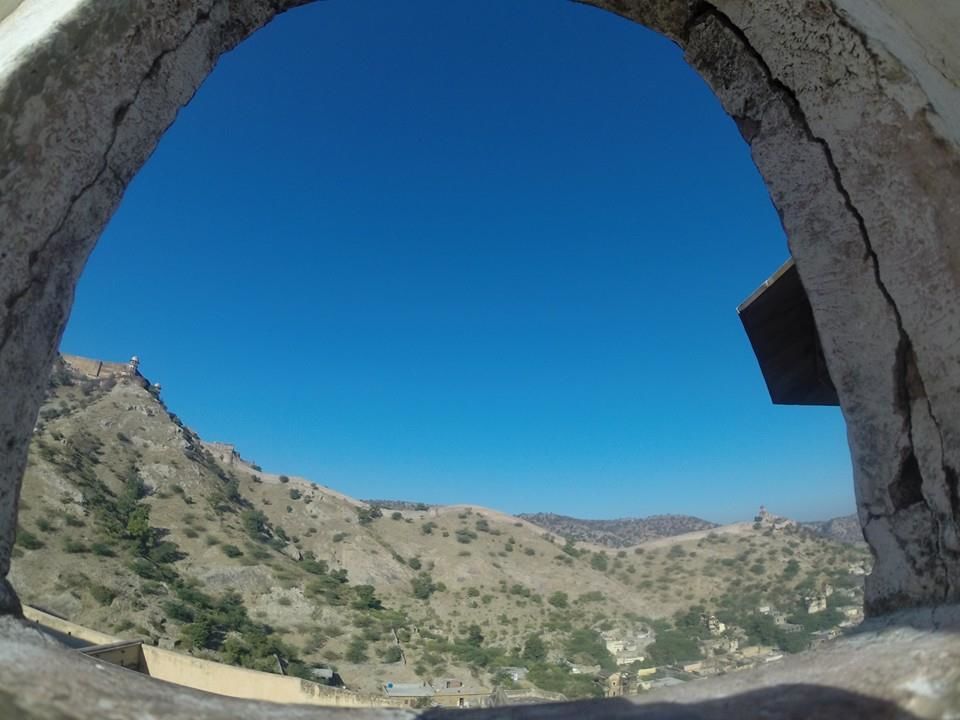 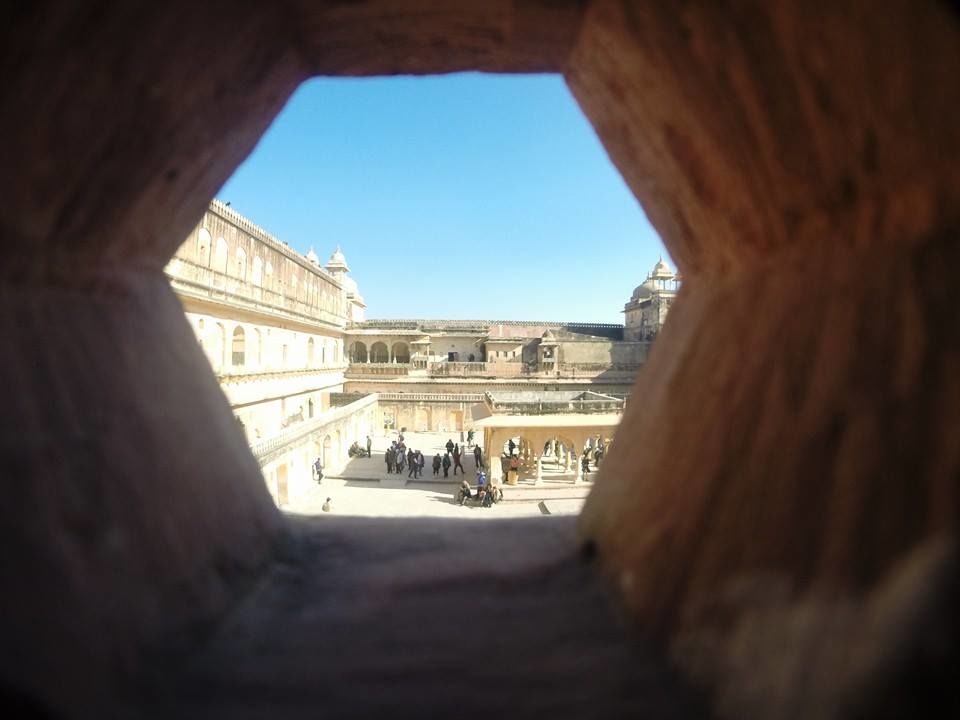 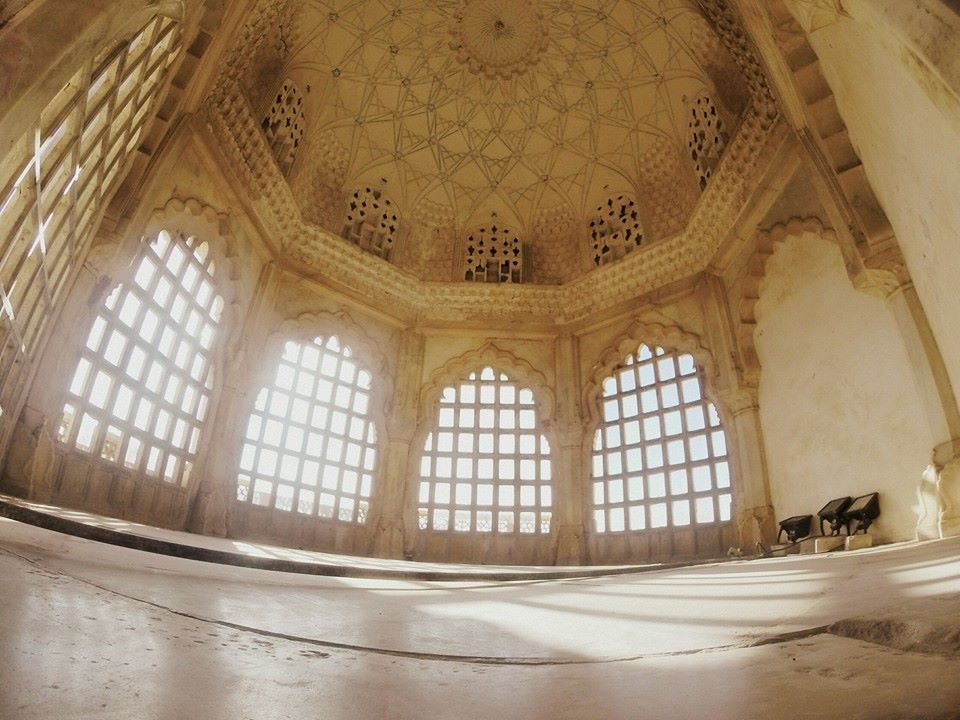 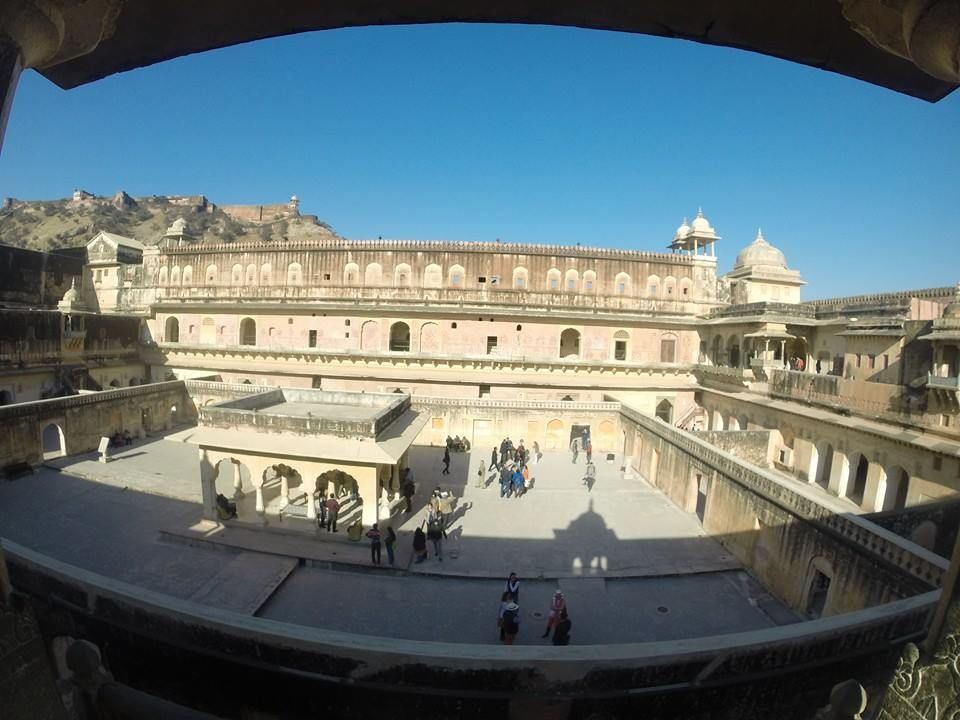 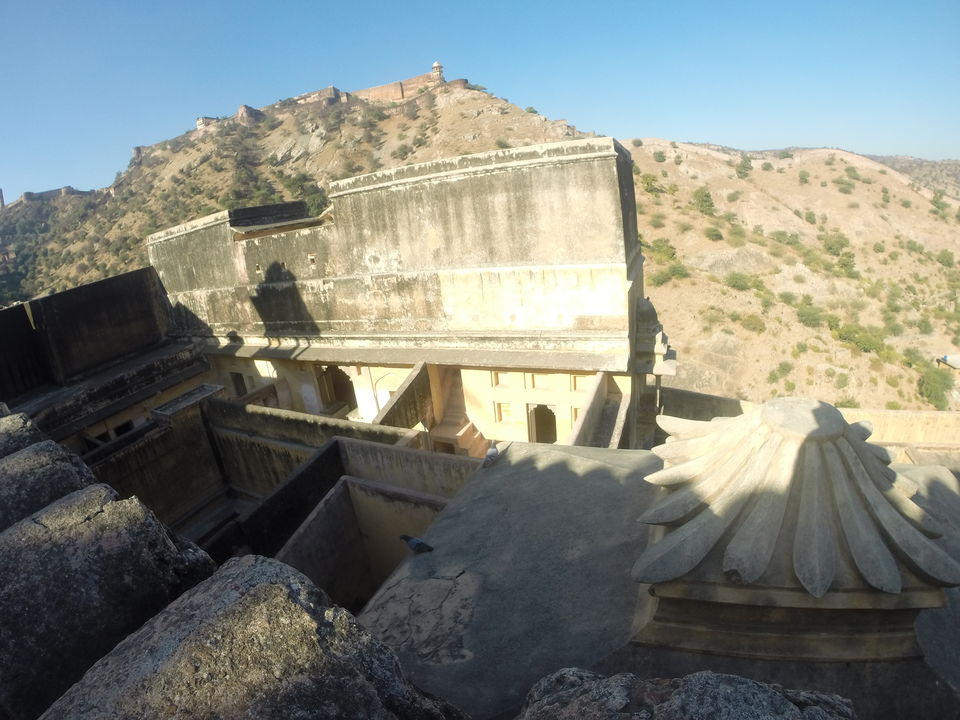 Day 4 after noon- Back to Delhi - Day 1 & Day 4 pitstop - very close to Stonehead Bikes. Comfy rooms - not luxurious but budget as well.