It’s time to explore the India’s largest state by area, Rajasthan. This trip was to the Blue city, Jodhpur (the Judiciary capital of Rajasthan). My Jodhpuri friends convinced me and my sister to travel with them back to their hometown after their Himachal trip. We booked our bus tickets late afternoon on 28th Sept, 17. After that we packed our bags immediately and left for our pickup point (Bikaner House) wherein some confusion occurred and we had to catch our bus from Dhaula Kuan. We reached there to know that we missed our bus. However a non deluxe bus agreed to drop us at Bar village from where Jodhpur is approximately 125km ahead. We were offered the last seats on the bus and hence we were on air every time the bus hit bumps on the road. Even then we enjoyed the ride as my friends never let any moment to pass without their cheesy jokes. What a bus ride it was!! We reached Bar village at 6:45 am and boarded another bus to Jodhpur wherein we were given the upper sleeper seats and the four of us along with our luggage settled there for our next 2.5 hour journey. Finally we reached our hotel, The Blue Turban at around 9am. The four of us desperately needed a good sleep. After a good nap I and my sister went for a lavish breakfast in the hotel cafe where we had a good sisters’ time. The hotel had a great view of the Mehrangarh Fort, one of the largest forts in India from roof top, so after breakfast we went to have a view of it with beer in our hands. Early evening our friends came over to our hotel with their bikes to pick us for a small outing within the city and we ended up visiting a lounge, The Woodstock Cafe and Lounge to enjoy hookah and snacks. After having a gossip of around 2 hours we left the lounge for our hotel. Our friends had some work to finish and so I and my sister were left to wander in our hotel room. At around 9pm we took the steps to roof top to enjoy the evening view of the Mehrangarh Fort as well as the surrounding area and it was damn good. By 10pm one friend showed up and we left our hotel to The Step Well also known as Toorji Ka Jhalara which was just 2mins walking distance from our room. We sat there, smoked and talked about our own previous travel experiences for almost an hour. By that time the other friend joined us after his visit from the garba dandiya. We left immediately to see the night life to Jodhpur, which was not as happening as Delhi but yes it had its own beauty. We crossed by The Ghanta Ghar or Clock tower which stands amidst the sadar market is famous for Rajasthani textiles and classic jewellery. It is one of the busiest places in Jodhpur. We again ended up visiting a lounge to have hookah, again. We left the lounge after 1.5 hours and wandered around the city streets on our bikes in search of food. It was already 1:15am which made us difficult to find any open food joints. Finally we found one open where my friend literally begged them to serve us sandwich and pizza. Thanks to my friend the food was delicious. Once we were out of our hunger zone we left for our rooms. 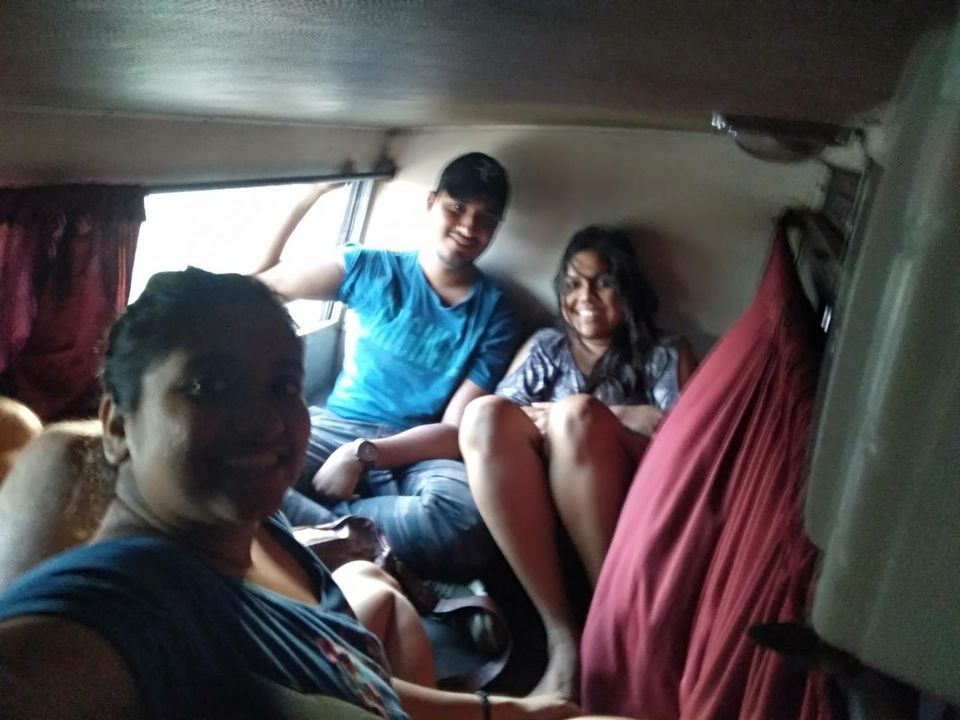 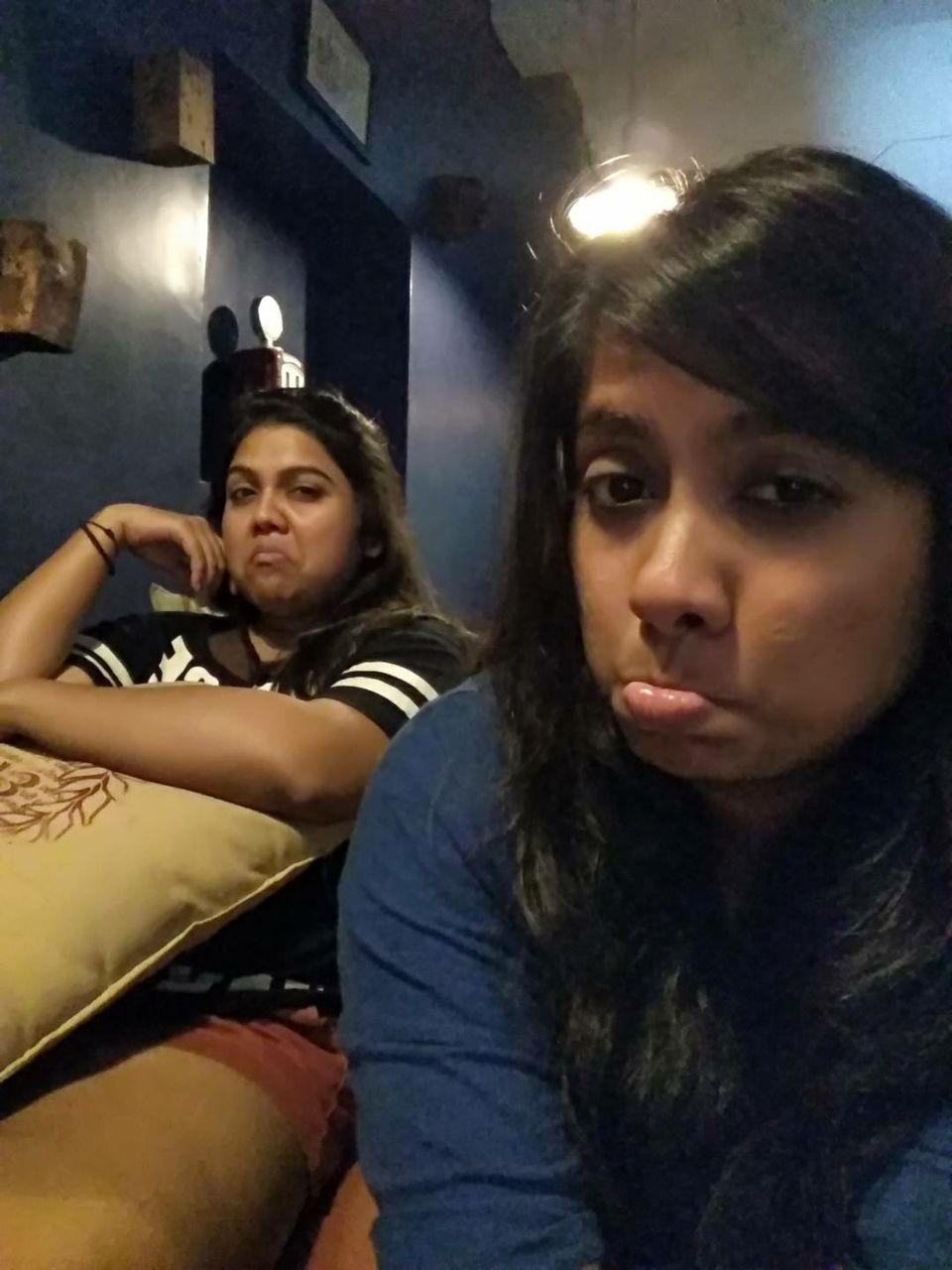 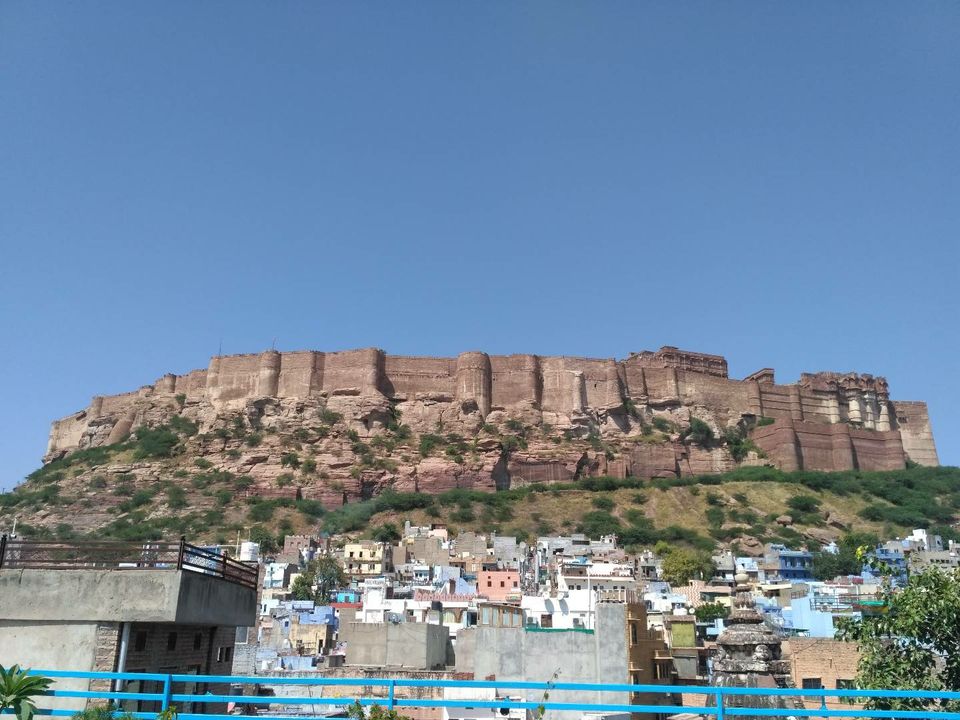 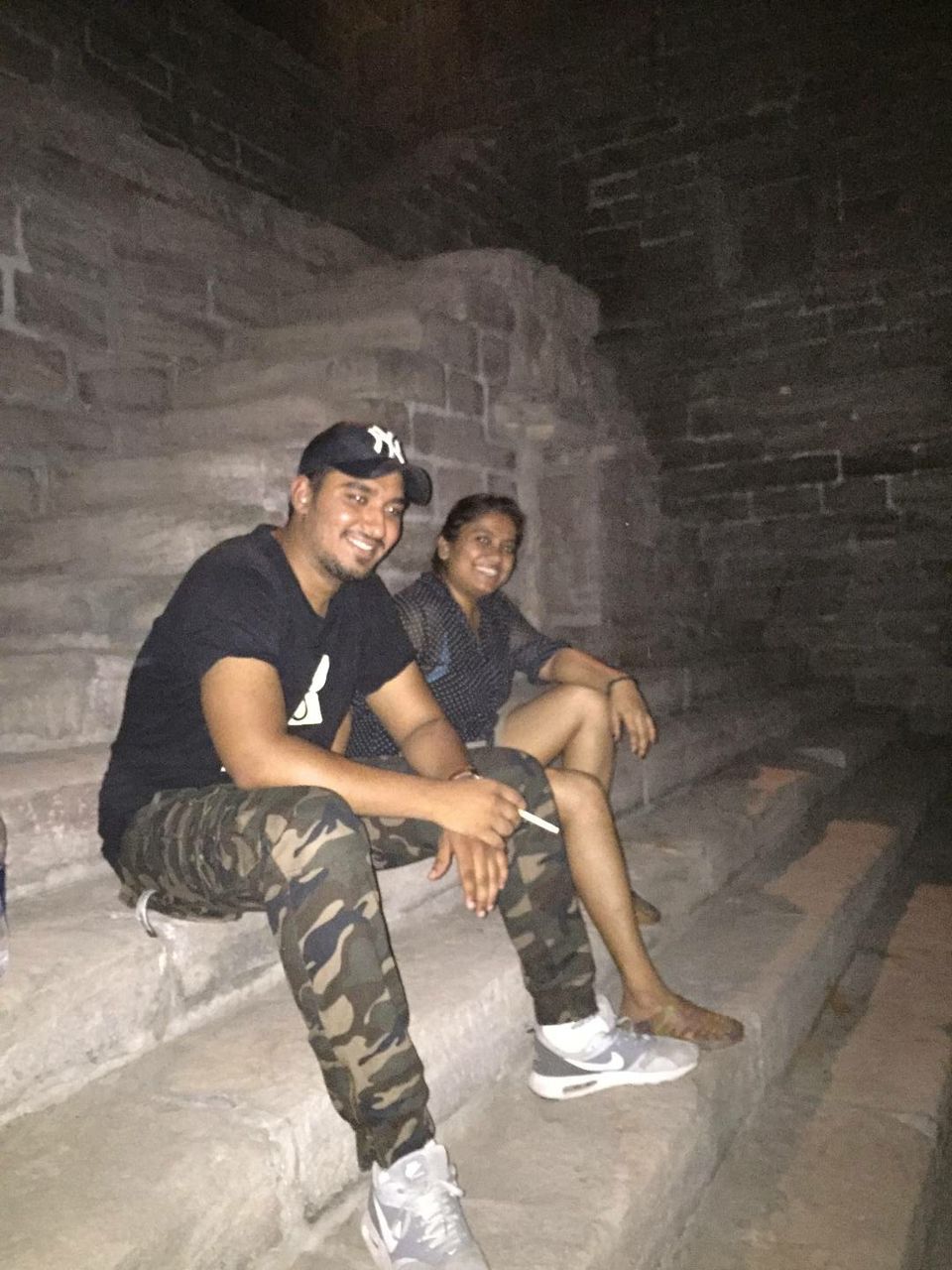 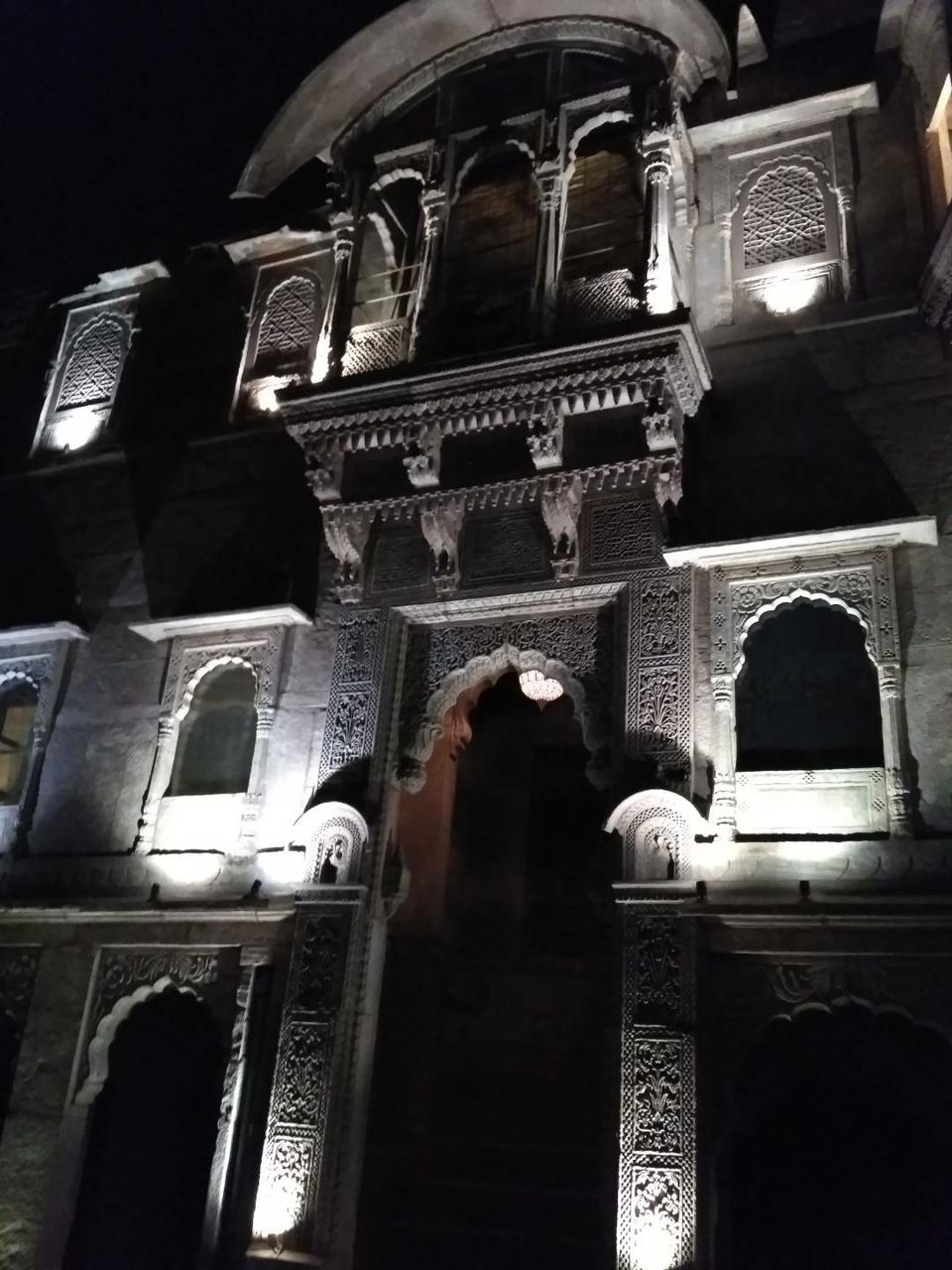 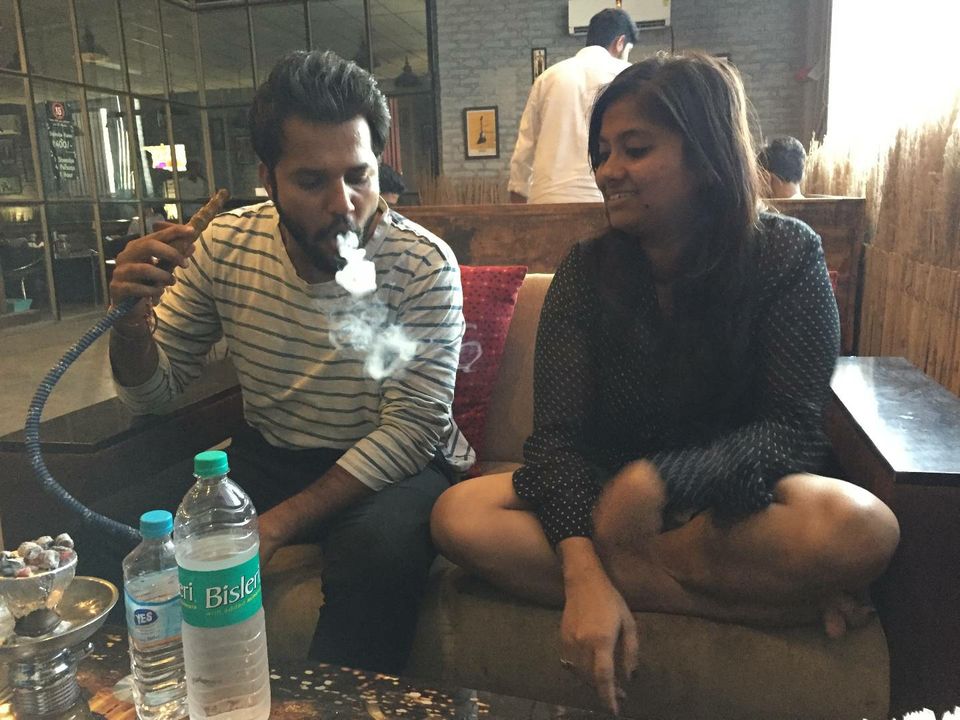 Next day early morning we went to the Stepwell. It is a well in which water is reached by descending a set of steps. Many kids were diving in the well and we were sitting there enjoying these pleasing events going on for around 45minutes. After that we left for Mehrangarh Fort. As one friend betrayed us we had to go for triple riding on the bike to our destination. We looked around every corner of the fort, and it was very good to have a look at the collections like the Palanquins, Daulat Khana, Armoury and many other belongings of the then ruled kingdom. After spending around 2 hours we left from the fort to our hotel room. We packed our bags to check out from our hotel room. At around 4pm I and my sister checked out and went to the Stepwell again to sit there and watch. My friends joined us after around 30 minutes. Thereafter we left for the old city of Jodhpur to see the actual view of the Blue City wherein the houses are decorated with blue colour and hence the name. Tourists are attracted by this uniqueness and to walk through the narrow streets to get views of the local house there. We however were on our bikes and both the bikes got separated after sometime. I and my friend rode to an extent thereafter we parked our bike and walked through the narrow streets where a middle aged resident of the area approached us to guide us around the streets. After strolling around the streets I called my sister to know about their whereabouts and decided to meet up at a place where there is a lake named Ranisar Padamsar Lake known to both the parties. After we met there we left to have lunch at a cafe named Puran Haveli. After a heavy lunch and beer it was time for us to catch our bus. We rode to our pick up point; left for Delhi at around 7:15pm and reached our home at around 9 the next morning. And we ended our trip to Jodhpur with lots of memories to be cherished forever. 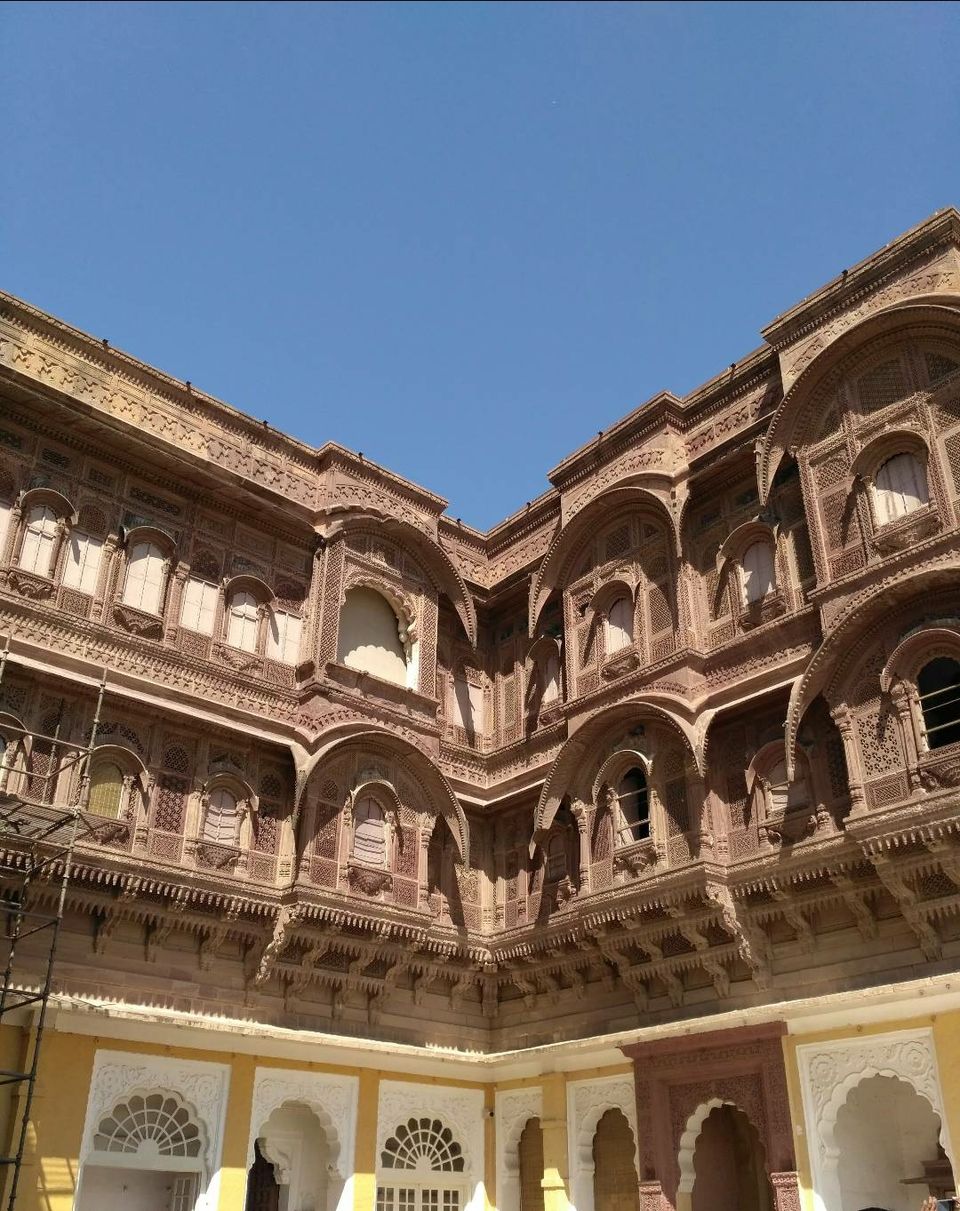 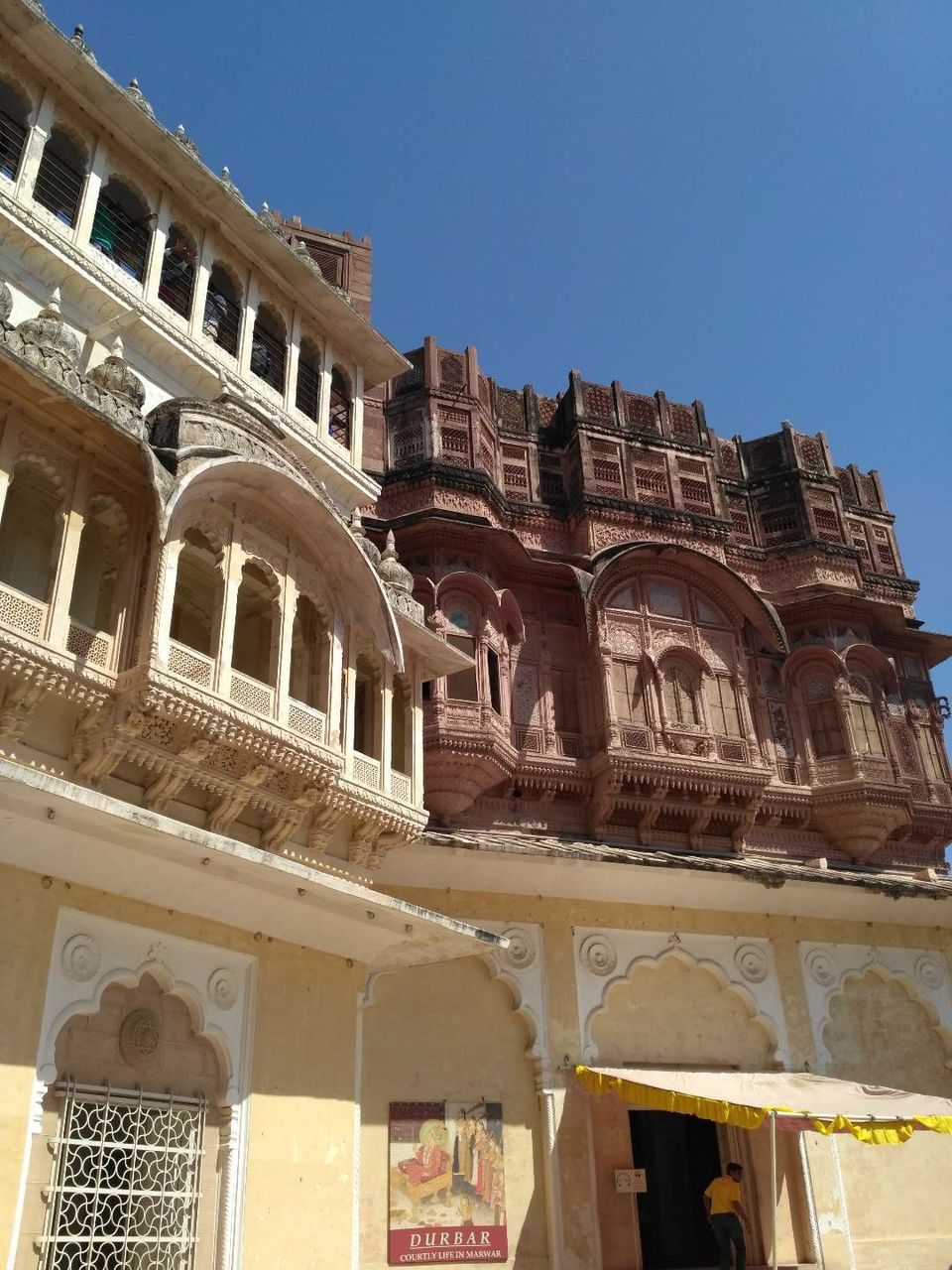 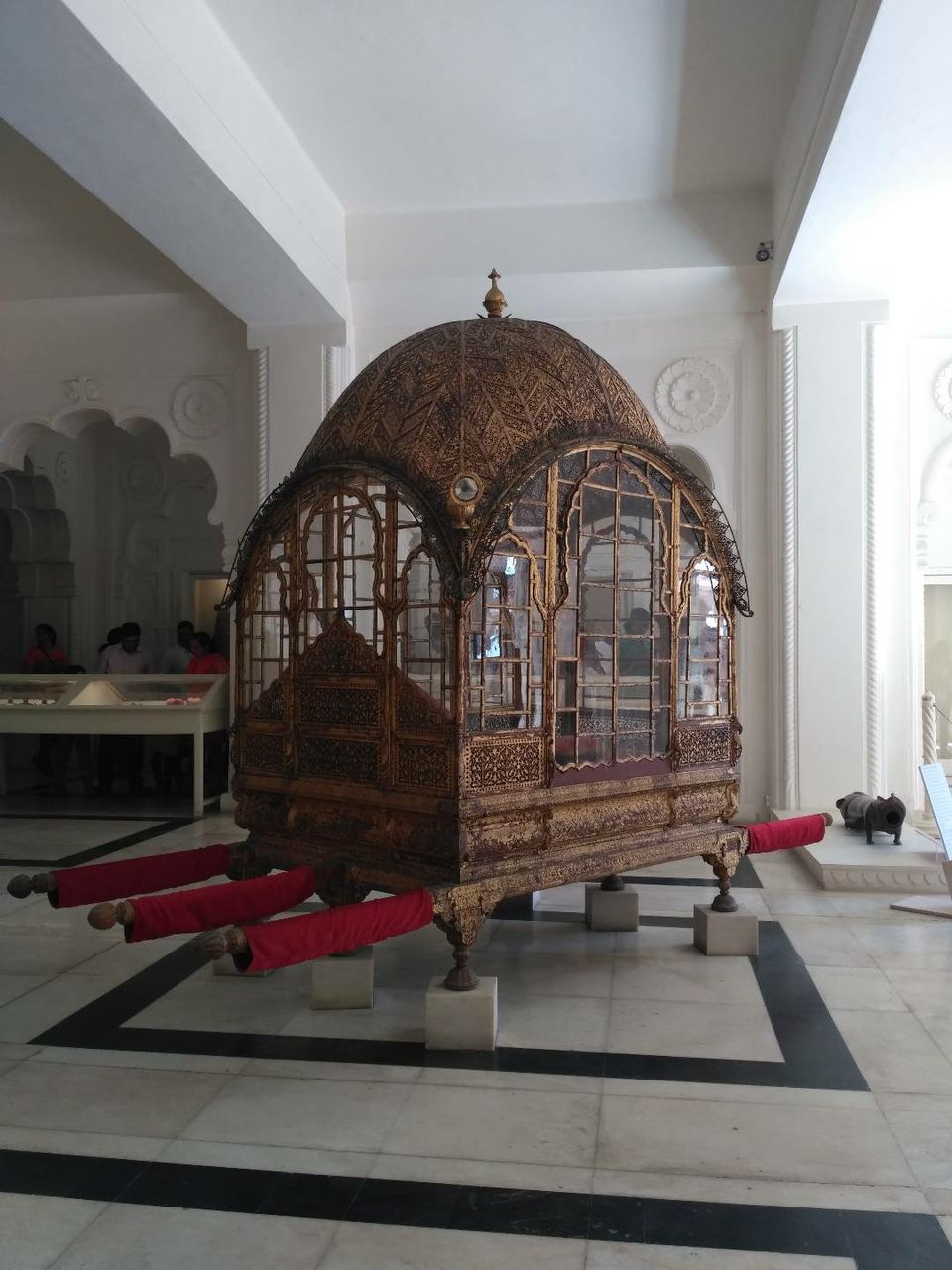 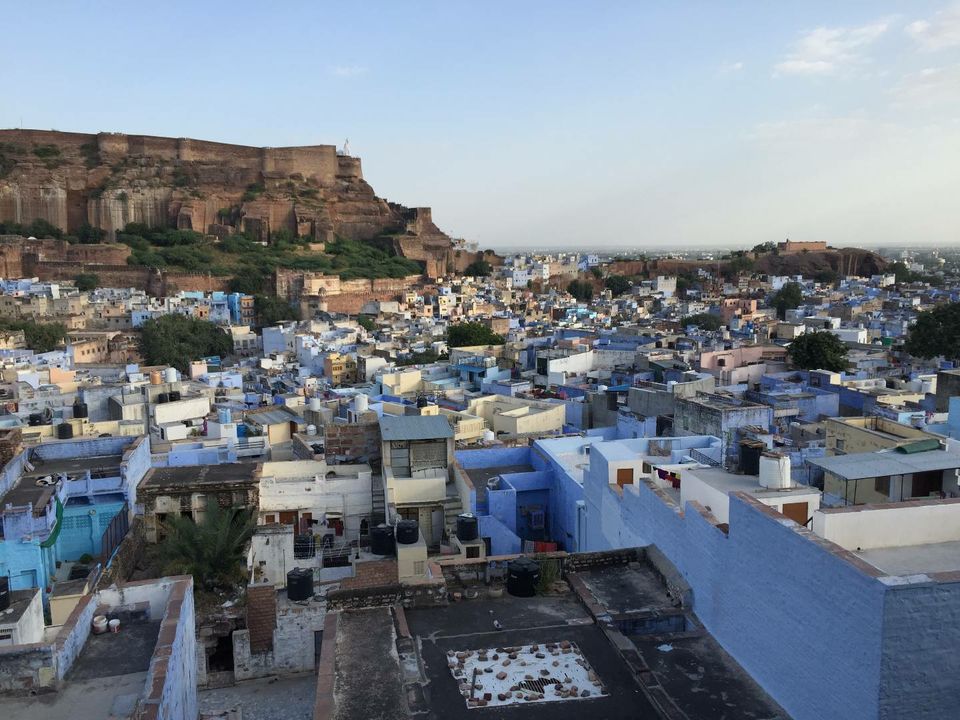 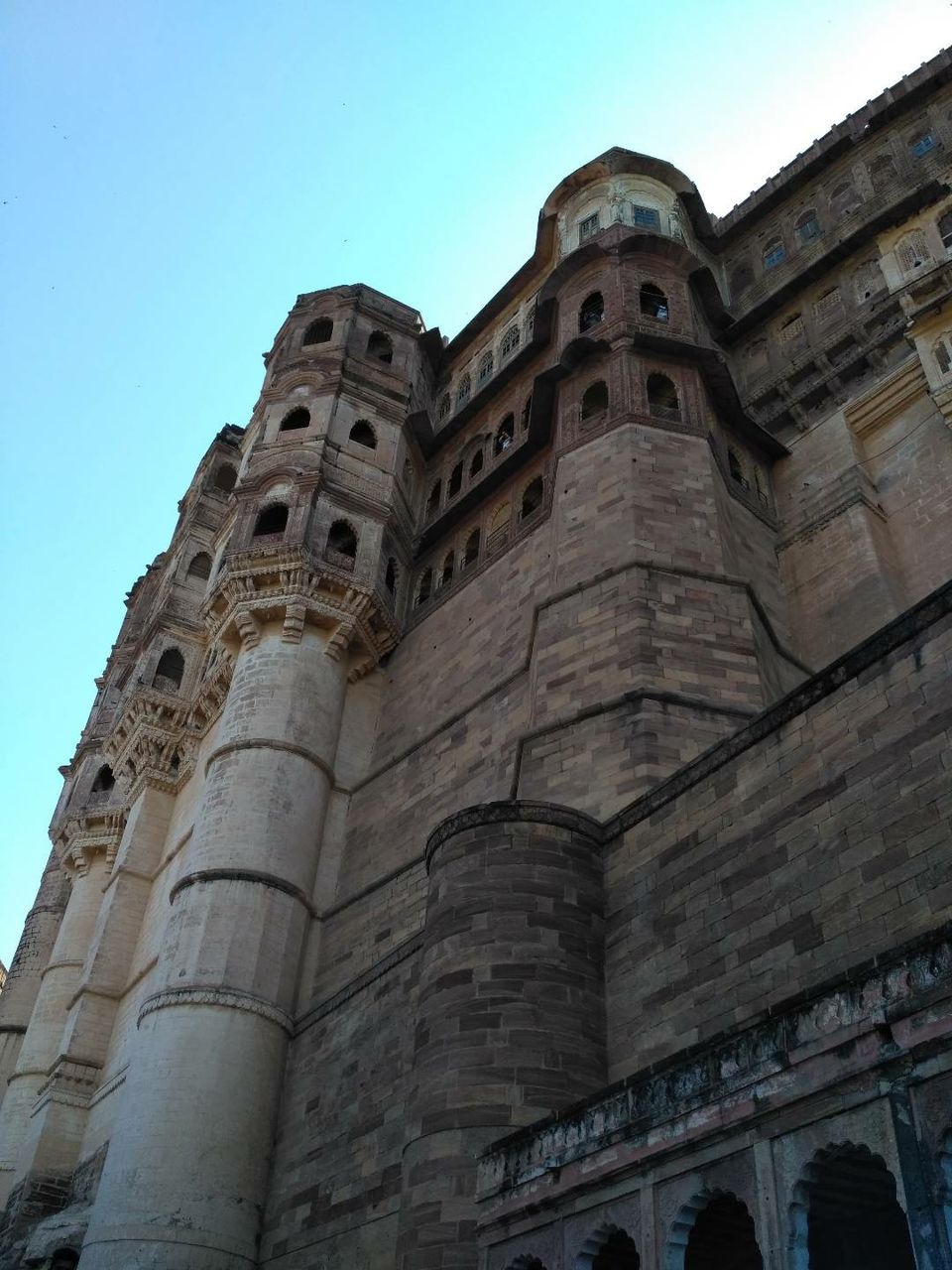 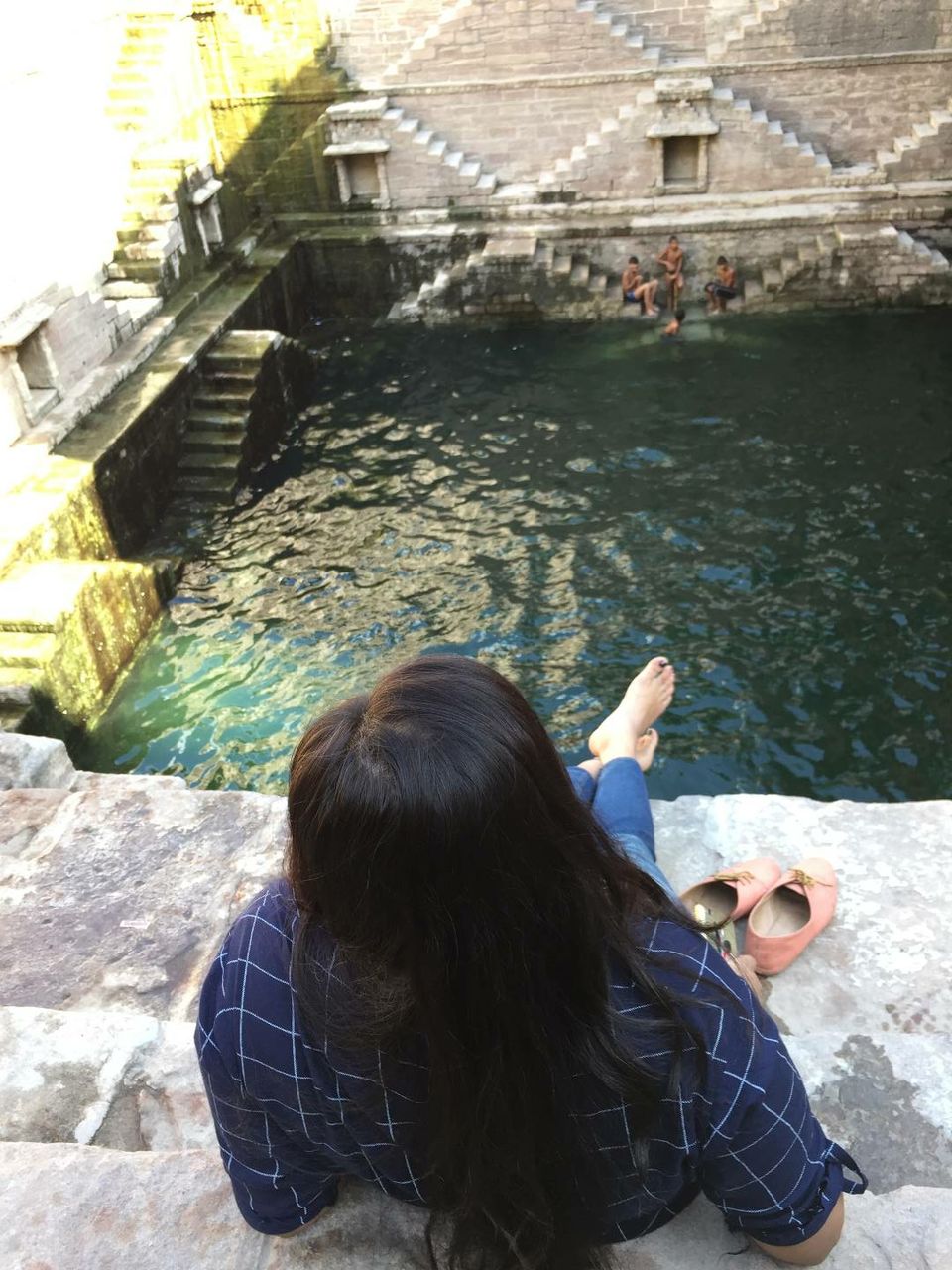 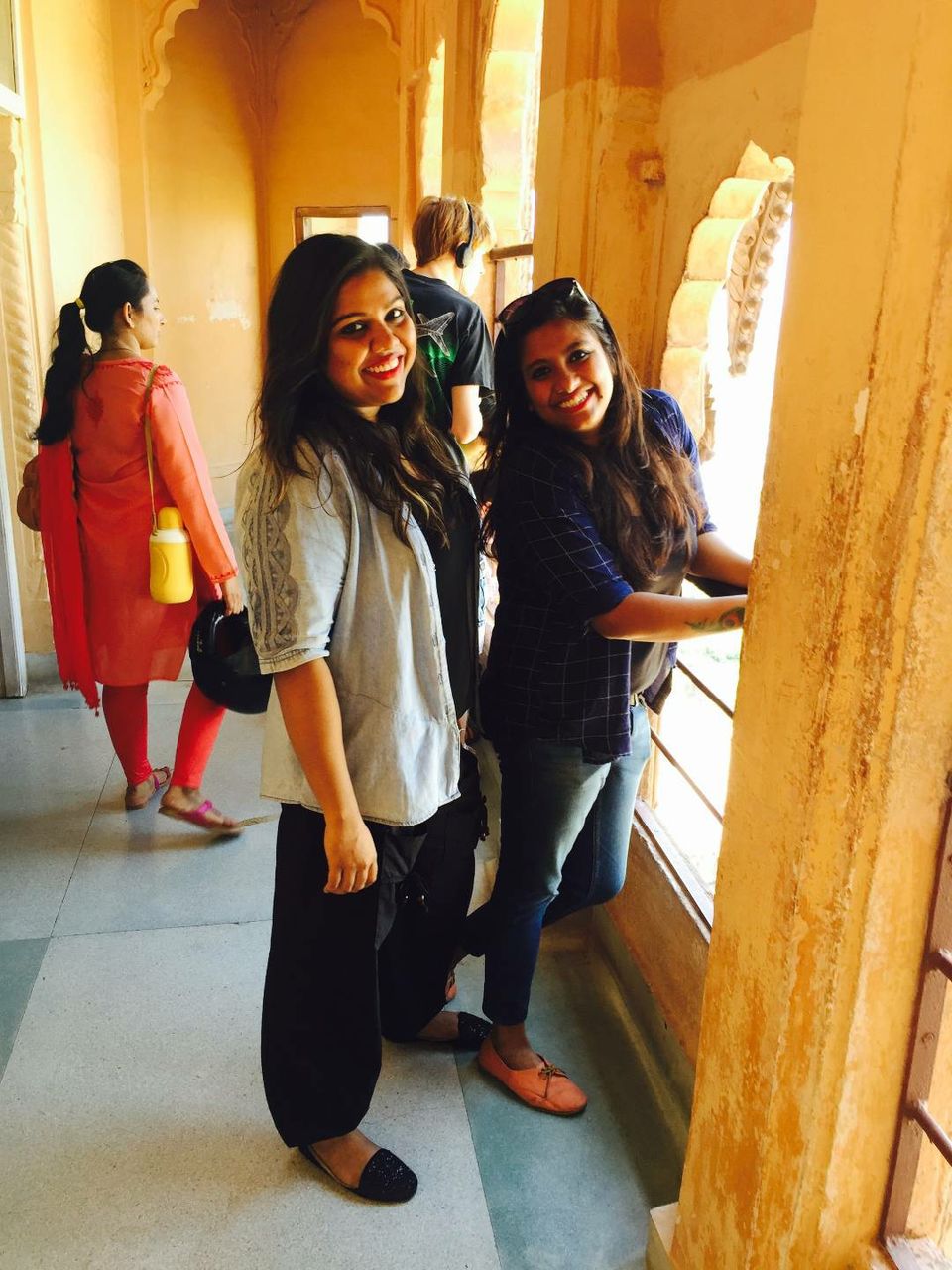 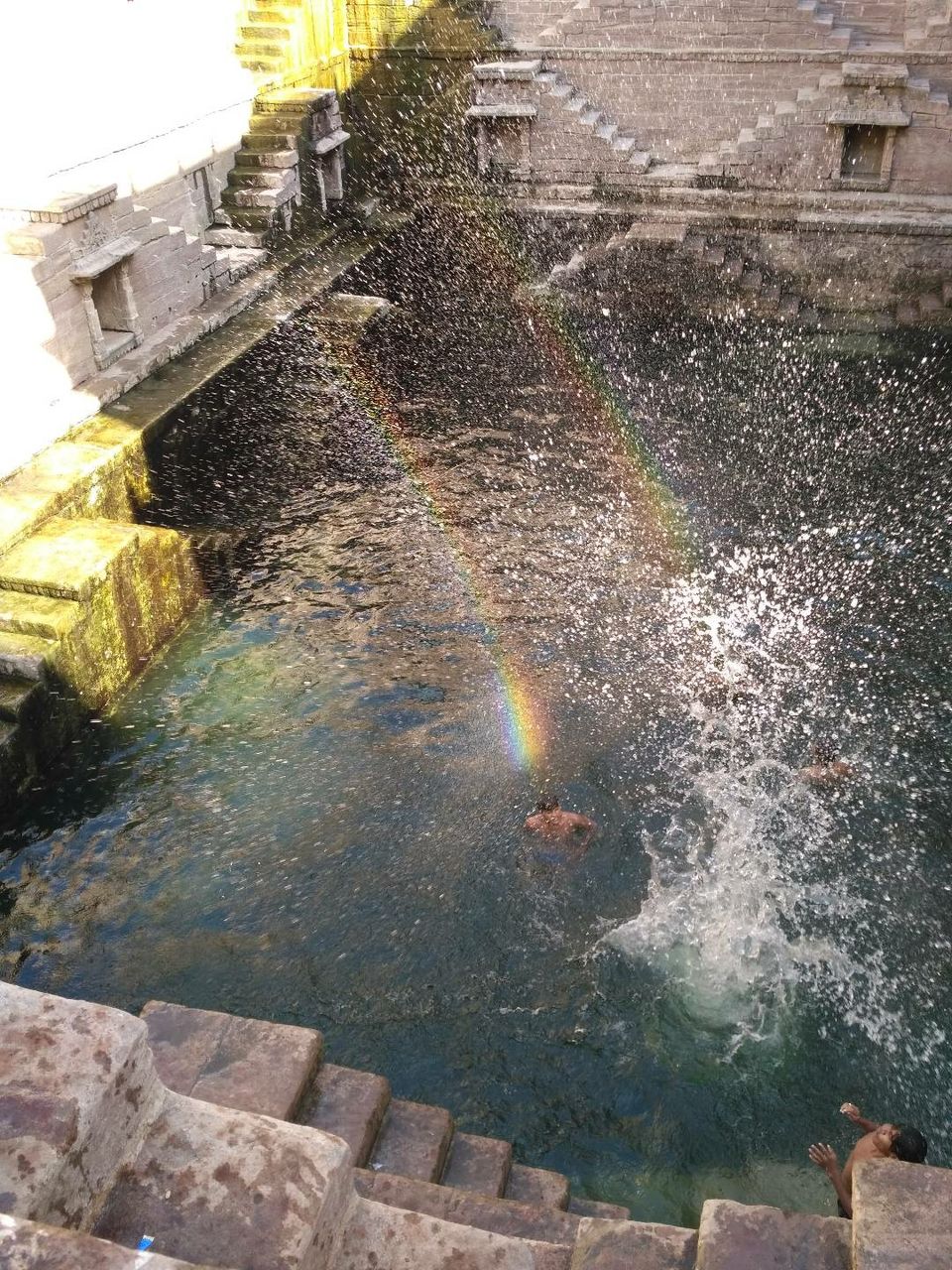 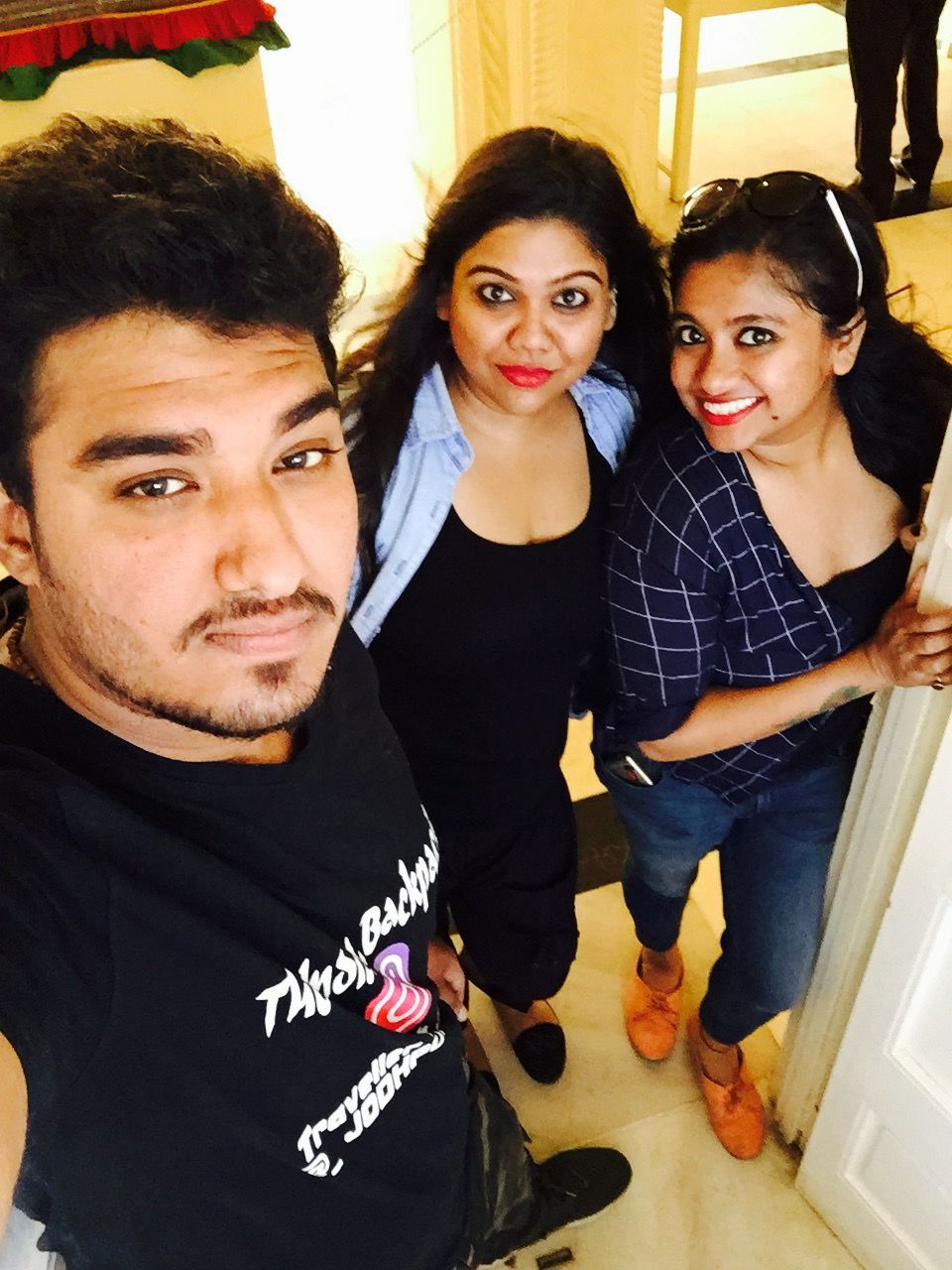