The dubious trails of Dabbe!

“Travelling – it leaves you speechless, then turns you into a storyteller.” – Ibn Battuta

"Dabbe Falls" one of the very few waterfalls that lie deeply hidden in the pristine greenery of western ghats. The waterfall is situated near Hosagadde village in Sagar taluk in the Shimoga district of Karnataka. It is Jog falls' sexy sibling who stays put, who doesn't make an effort to talk unless talked to.

Unlike the Jog falls, this place hasn't been frequented much and hence it still preserves its heavenly touch. The water plunges into the narrow gorge, making a cute clamour you would prefer any day over the cacophony of traffic in Bengaluru. The waterfall is also known as Kepjoga in the native language meaning "the Shriller Jog". To witness this unadulterated peace of beauty, one needs to negotiate a steep descent, testing all adventure skills. One has to make quite an effort to take a glimpse of Dabbe.

How we did it

Well, I had my little escapade from the concrete jungle in the month of October. We, a little group people, started our journey on a smoggy friday night from Bengaluru. We had arranged a mini-bus. We hit the highway soon and I drifted into sleep tired from the the task that finances my trips.. my job. In the wee hours of saturday I was woken up by a series of speed breakers. Nine speed breakers at a stretch. No idea what the authorities of Shimoga were thinking. My sleep just vanished. As the stars made way for the sun to cast its first rays, the scenic brilliance of western ghats started to unfold. We stopped for our tea at a local Tapri and our journey resumed. I was bewildered by the beauty outside the window and was not able to take it all through that tiny hole. I made my way from the rear of the bus to the top of it when the bus stopped next time, asking people for the route. I plunged outside the window and made my way to the top of the bus. I could have chosen an elegant way to do so but the 'crazy me' had been evoked already.

We reached the trekking site a little late than expected. We had our quick meals and started the trek. Few kilometers into the jungle and the mother nature started to share her treasures with us. The breath taking flora and fauna sure made our lives difficult. We also had a stop several times to capture them in our cameras. We came across amazing mushrooms, snakes, flies, monkeys and not to forget the bloody leaches. Leeches make hay when the sun doesn't bother to shine! 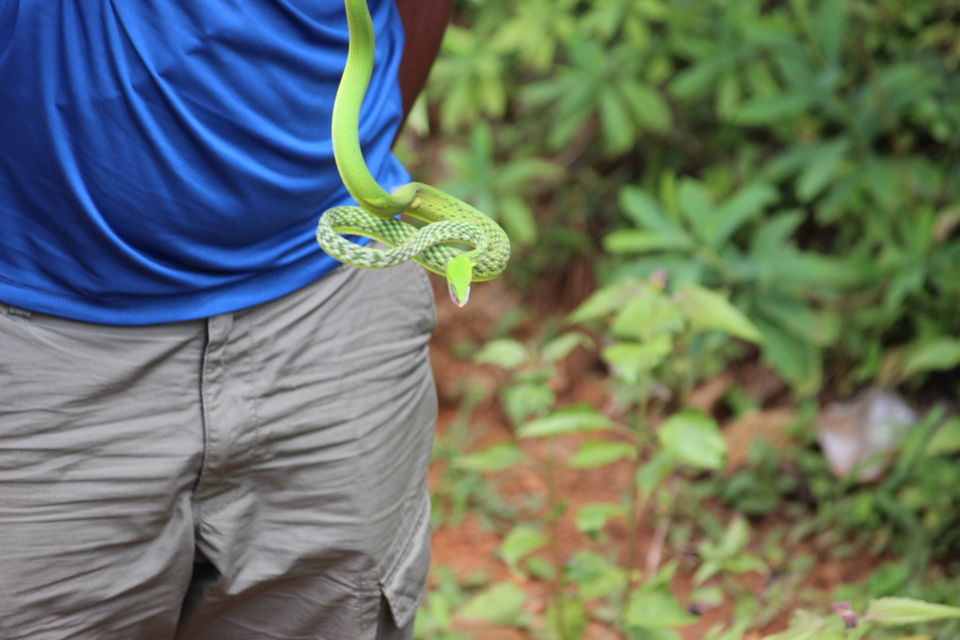 A green snake! How did I spot you? 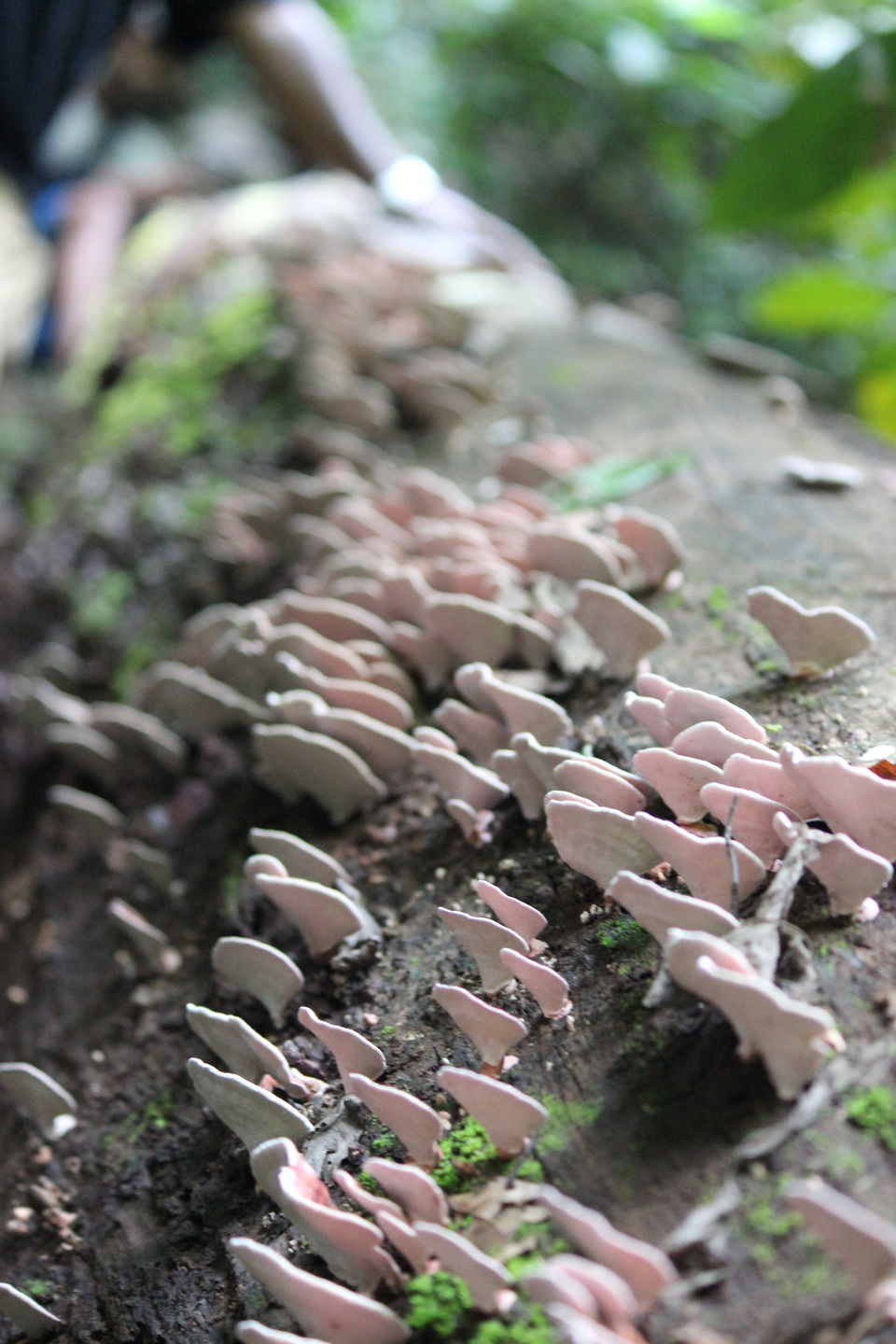 Well the trek went on and we paused in front of a very steep descent. I was happy that the rope has finally put into some work. Yes, do carry a rope. you minimalists! It took some time to plan our descent. It took almost one hour. It was tough.! The dubious trails of Dabbe had left a lot for us to guess. Every step demanded fair bit of judgement. I slipped twice by the way. Luckily I didn't get hurt except for few bruises. I also ended up donating a pint of blood to our beloved leach community. Yes, they crawled inside my shoes without my knowledge.`

Another 30 minutes of walking and we reached the falls. Dabbe falls. You awe inspiring beauty with a cunning smile.! I was left speechless. I couldn't have asked for more. The tiring walk had yielded the fruits. It took a moment to sink in. All the pain from the trek had just vanished. The milky white beauty that rushes through the rocks roaring all the way, that's Dabbe for you.

We stayed there for hours. Letting each detail of the beauty to soak in. Few of us jumped into the water. Damn, it was cold. But it would leave the warm memories forever. The sexy sibling of Jog has left me long for her..! 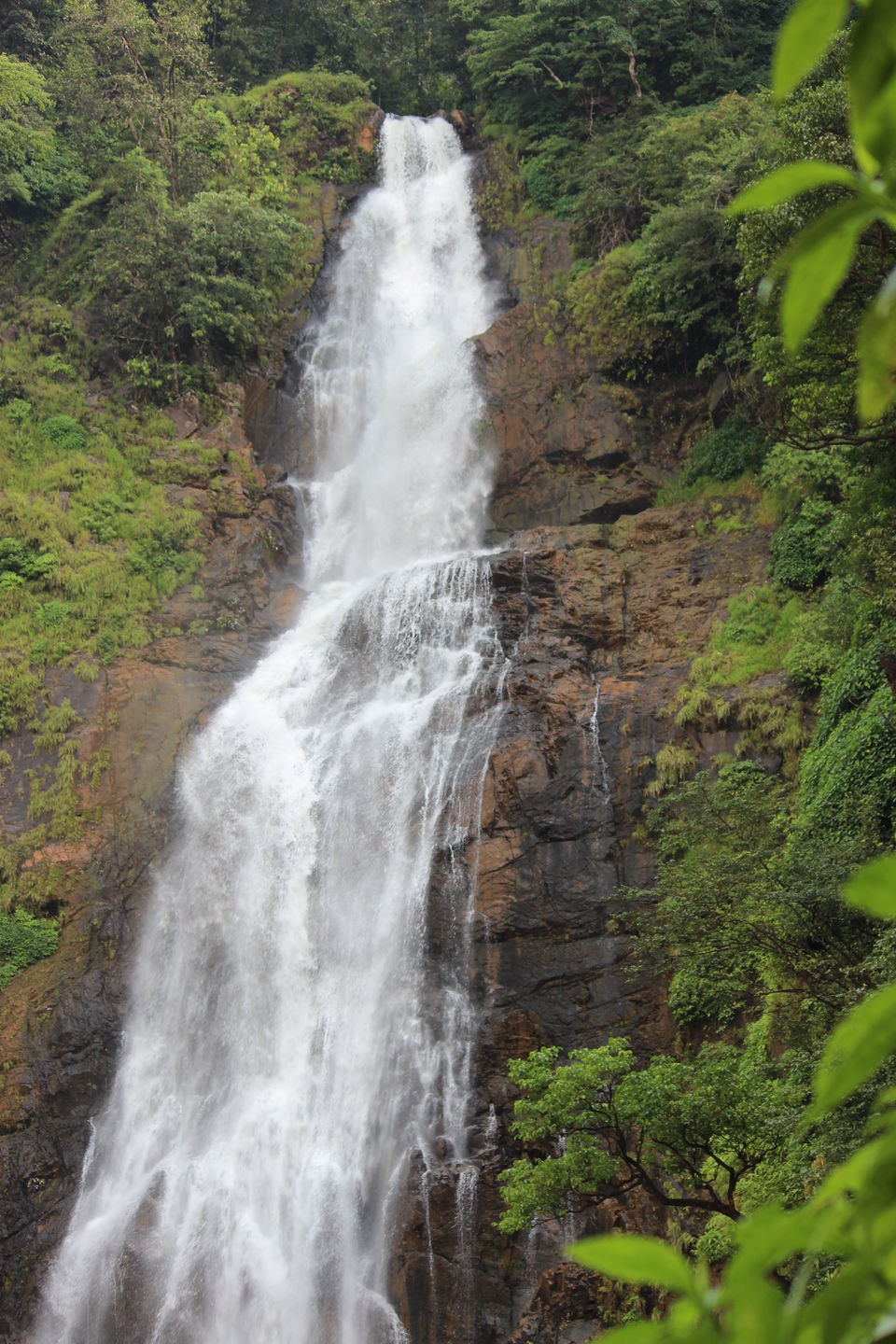 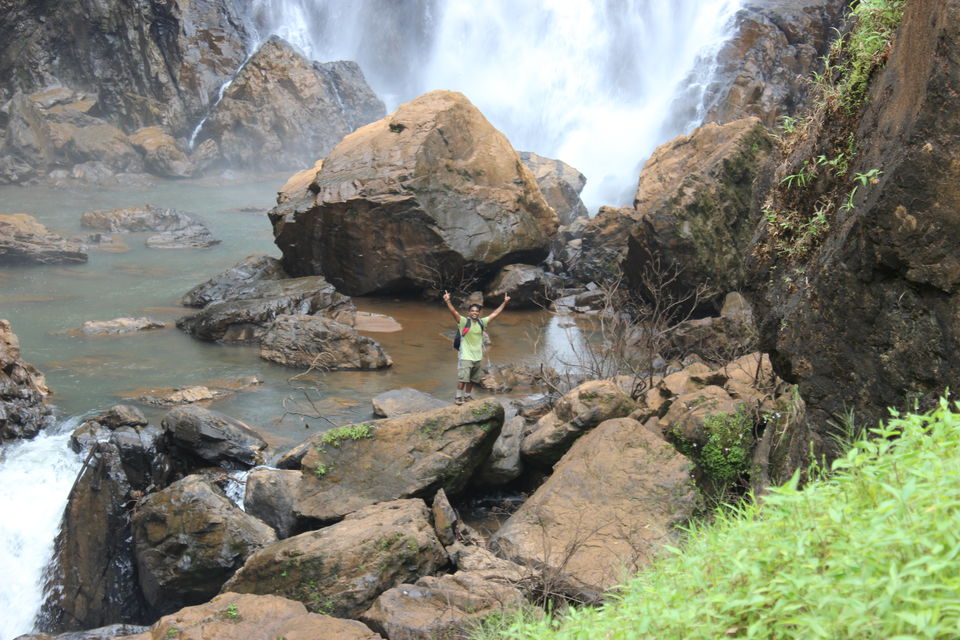 We stayed in a place called Hebbagodu for the night which is around 20 kms away from Kargal. Locals at Hebbagodu generate electricity all by themselves using small turbines. They don't have roads, they don't have any hospitals nearby. As content they are, they show us how to live in the nature without subotaging her. The place literally felt like the cradle of mother nature with abundance of pure oxygen. The sky above was clear. The faint cluster of the Milky way was visible. Well I wasn't expecting that. I will try to write more about Hebbagodu and Kanoor fort separately. It is one of the best places for stargazing in Karnataka.

You don't need a five-star accomadation when you can afford a night under billion stars.