An year in 'Namma Karnataka'

When I first entered the state I was unaware of the richness it beholds. It took me almost an year to realize the immense diversity the state has to offer. And the culture which it boasts of is fantastic.

Dear Karnataka,I entered your state. And you entered into my heart. Nope it was not love at first sight. You allowed me to stay in Namma Bengaluru and showed how crazy it could get. Pub hopping at places like Koramangala and Indiranagar showed me how to party. For the first six months in Bengaluru, I started thinking that I have seen it all later realizing how wrong I was. For all these 6 months, I had just seen one of the best cities in India, climate wise. But there’s more to Karnataka than just Bengaluru. Being a part of Karnataka and staying in just Bengaluru is like watching one channel in Television out of those 200. It’s also the same as being attracted to a girl by looking into her beautiful eyes while apparently she has much more to offer Now the ‘much more to offer’ part came in the form of delicious food, beautiful villages, fascinating treks, as well as breathtaking waterfalls across Namma Karnataka.

The most beautiful thing about Karnataka is it’s people. Try befriending a Kannadiga once in your life and you will understand what I am talking about. They will accept you for what you are. Even the auto drivers, shop-keepers or the water delivery guy will switch to Hindi for you if you don’t understand Kannada. If you ever get a chance, try visiting some traditionally old places to eat with bunch of Kannadiga friends and they will teach you how to eat like a Kannadiga.

Well that’s what I was referring to :) Hailing from a state in Central India like Chhattisgarh. I was amazed to see the variety of juices that we have in Namma Karnataka. Mind you, South India is not just about Coconut Water! It’s also about Pulpy arabian grape juices to freshly made Kokum juices. It’s not just about Thatte Idlis and Mysore Masala Dosas. It’s also about Holiges and Mysore Paks.

Puliyogare : The tamarind rice is a delicious food option prepared by mixing boiled rice with a paste consisting of tamarind, peanuts etc. You can have it for breakfast ( thindi ) or lunch ( oota )FYI : Oota aitha means “Did you have lunch”.So the next time when someone asks you “Oota aitha”. Just say “Ayethu” ie). I hadI would like to thank my stars for introducing me to my Kannadiga mates who are just way too good in terms of everything. Super-friendly and extremely helping in nature, I could just go on and on describing their jovial nature.Talk about culture and you are in the right place

Yakshagana, the traditional art form of Karnataka, is a dance drama which is performed with music and dialogue delivery. This art form is performed during the monsoons as the culture of Karnataka is largely based on agriculture.

Many of us have grown up watching the famous TV series “Malgudi Days”. The way Swami dealt with his life was a delight to watch. But are you aware of the fact that the Utopian town in the show where Swami was seen running around is none another than a village called Agumba in the Shimoga district of ‪Namma Karnataka‬ !! Kudos to R.K Narayan for writing such an epic saga! And cheers to Agumba for adding flavor to the story.So as I told before, falling in love with Namma Bengaluru was a gradual process. But it’s impossible for anyone to stay in Karnataka for more than an year and still not not fall in love with it. And if that’s the case, I think you are doing something wrong Sir

If there’s paradise on the face of Karnataka. it is this, it is this! Such is the beauty of this place. The trek which starts from inside the Kudremukh National Park is one of the best when it comes to beauty! The most mesmerizing part comes when you are halfway through the trek and you witness Shola plantation everywhere. I understood what “Eternal Bliss” is all about. 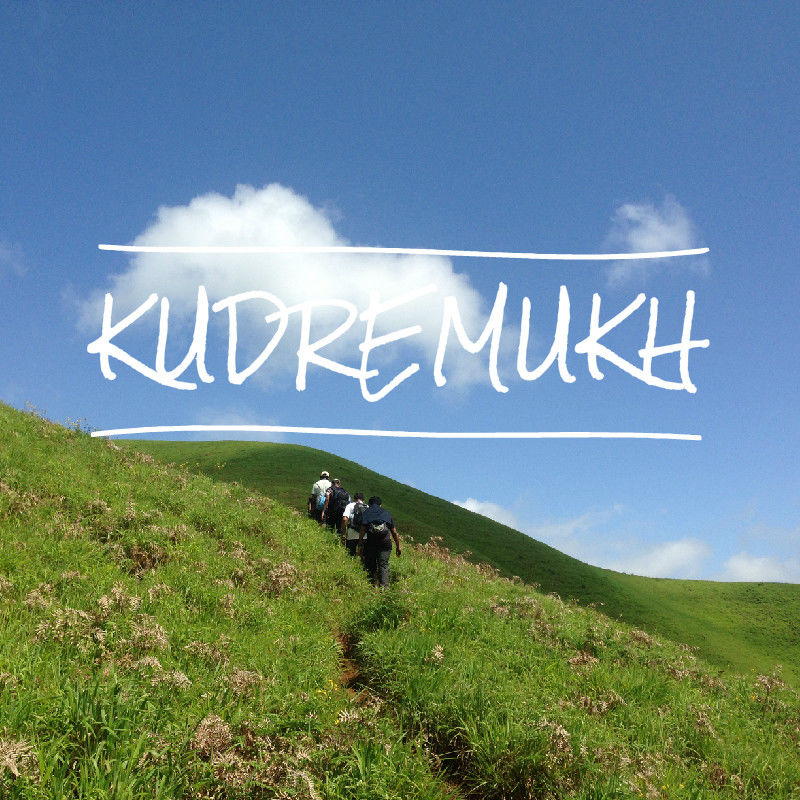 It’s not Kevin Peterson! When we say KP, it refers to the one and only Kumara Parwatha. Ask this question to any of the seasoned trekkers that you know in South India : “Which is the most challenging trek that you have undertaken in South India.” And you will hear stories about KP. We walked for about 25 kms in a day. And the last 5 kms was the most difficult part. It was a constant inclination of 60 degrees towards the end. Always heard about the phrase “Nothing is impossible”, finally got the chance to live with that feeling once we reached the peak. We also realized what the word “strenuous” actually means! 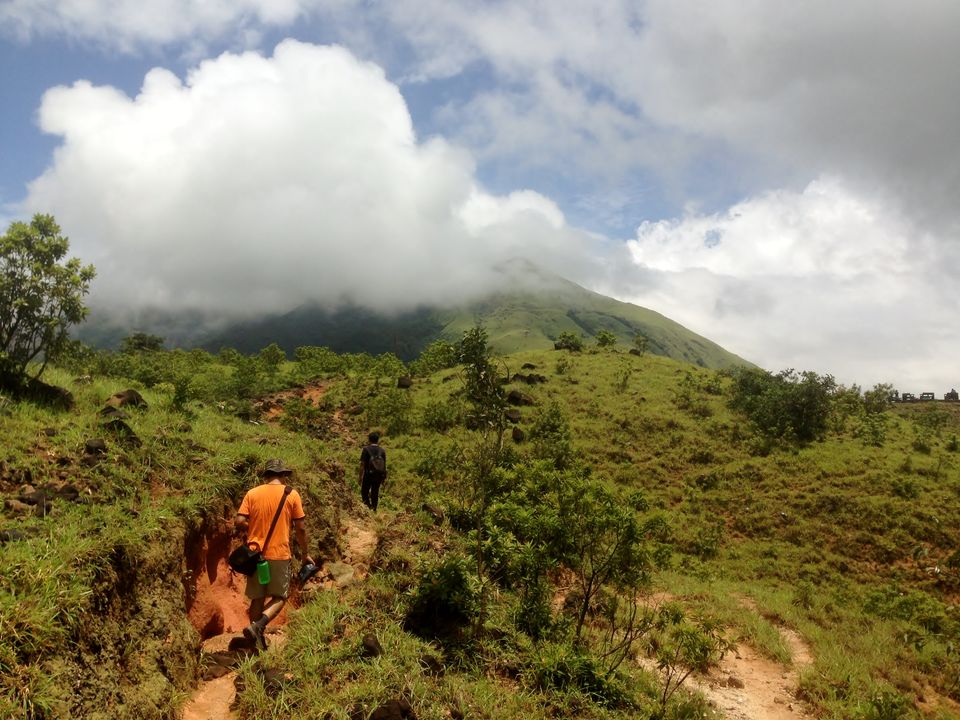 Just 60 kms from the hustle and bustle of Bengaluru lies this quiet and peaceful place. The significance which this place has is quite spectacular. One of the primary reasons this place is known for is because the blockbuster bollywood movie Sholay was picturised over here. But trust me, there’s much more to the city than that. Ramanagara is the place which reminds you of memories that you have had as an Indian kid growing up at your grandmaa’s place. Such is the charm, that I felt like home. I also realized what the word “rustic” means! 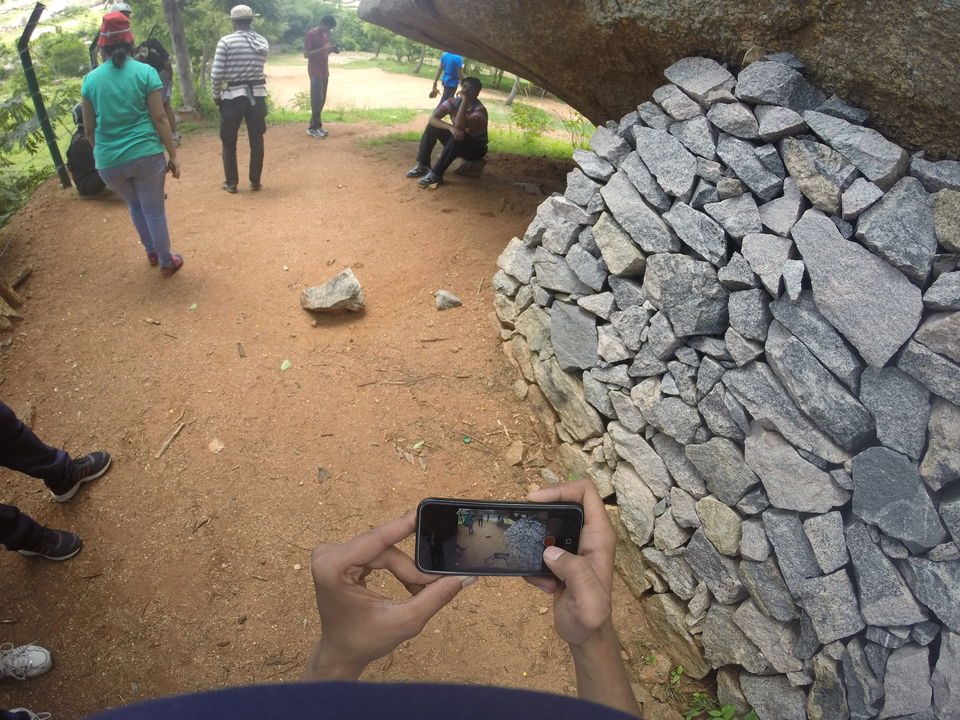 The ridge walk across Mullayanagiri thrilled me to the core! I had never seen something like this in my entire life. I was taken aback by the way the tempo traveller drivers drove through numerous blind turns across the Western Ghats of Chimagalur. Home to the highest peak of Karnataka, this place provides an ultimate trek experience. After reaching the peak at a height of 6300 feet from the sea level, we encountered a temple and a mosque next to each other. And that was epic. Now that once again tells us “Unity in Diversity is our biggest strength.” 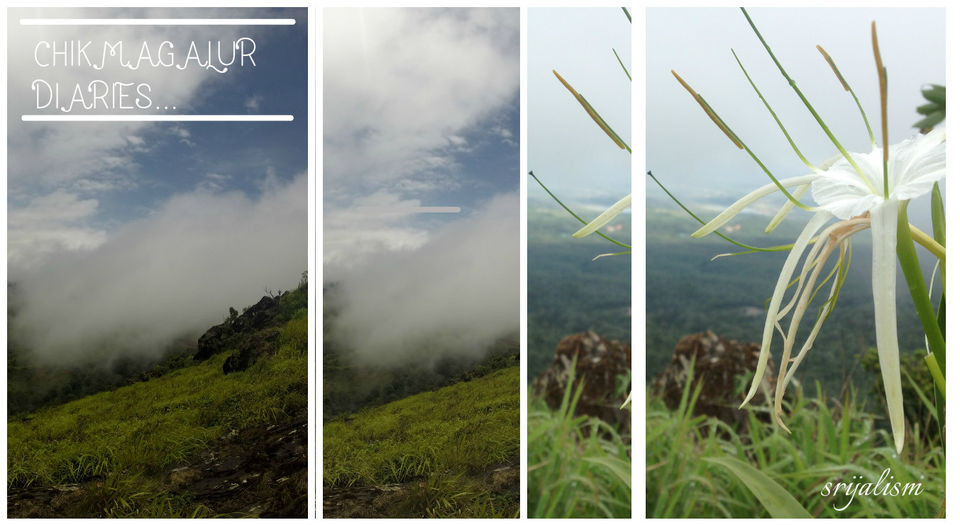 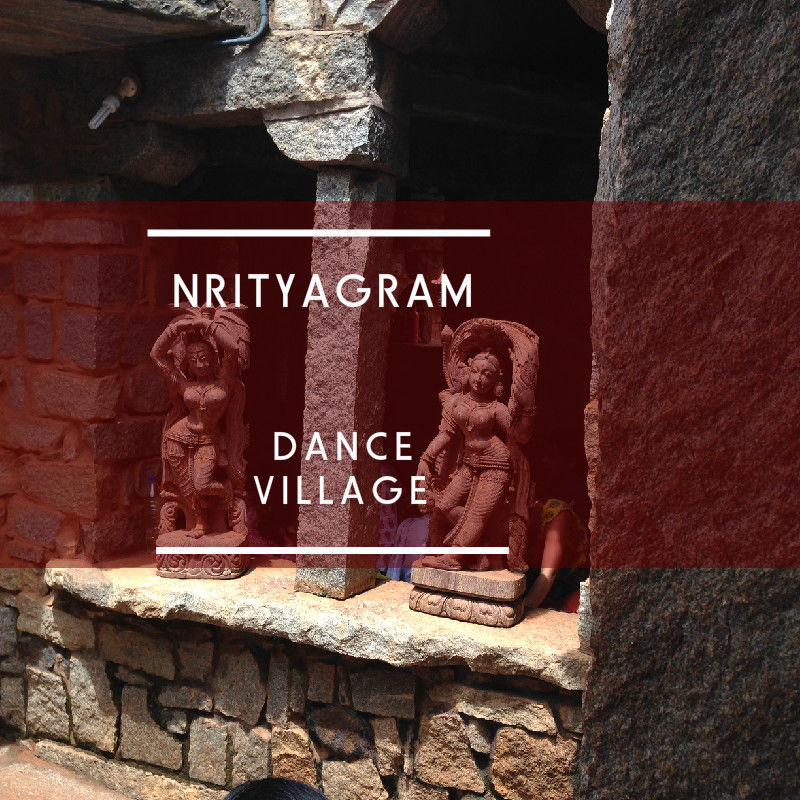 “Show me a different perspective and I shall be thankful to you for the rest of my life”, I said to this world. “Ever heard of Gokarna. Feel free to get lost in some epic trails once you get here”, -replied the World. 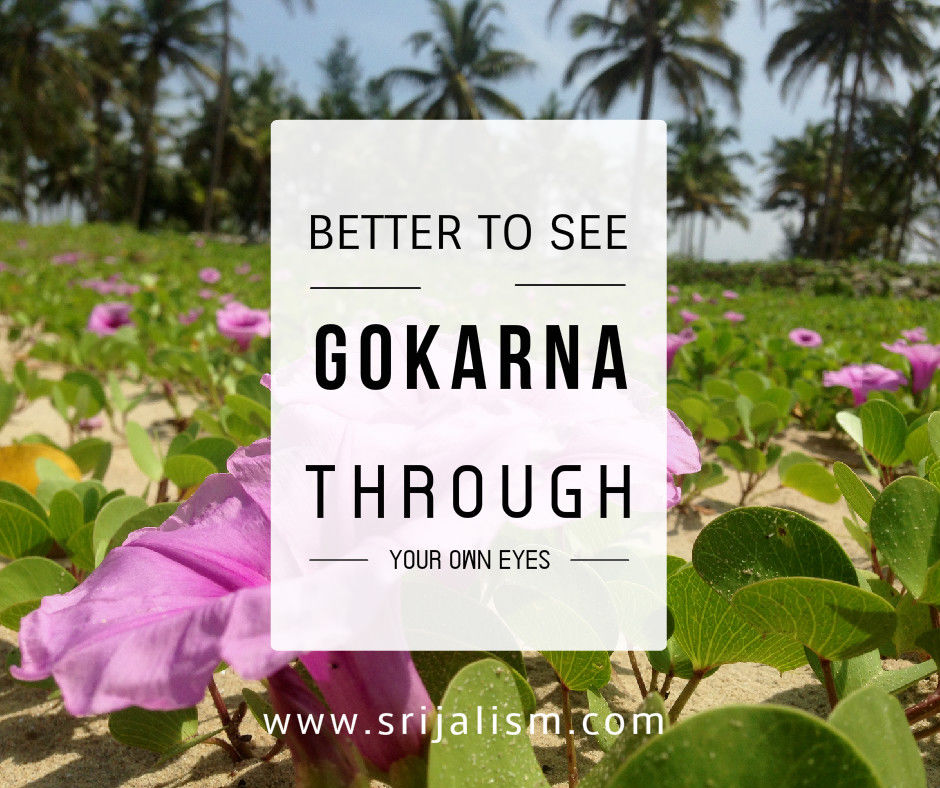 Villages are beautiful throughout India. And one such village somewhere on the streets of Kanakpura is Maribetta! Breathtaking views of the lake, Stunning sunset and some water sports along the lake, Maribetta has it all!! Kayaking through the Maribetta lake made me realize how unique the experience is. And coracle ride which requires much more technical details made me realize, it’s not as easy how it looks! 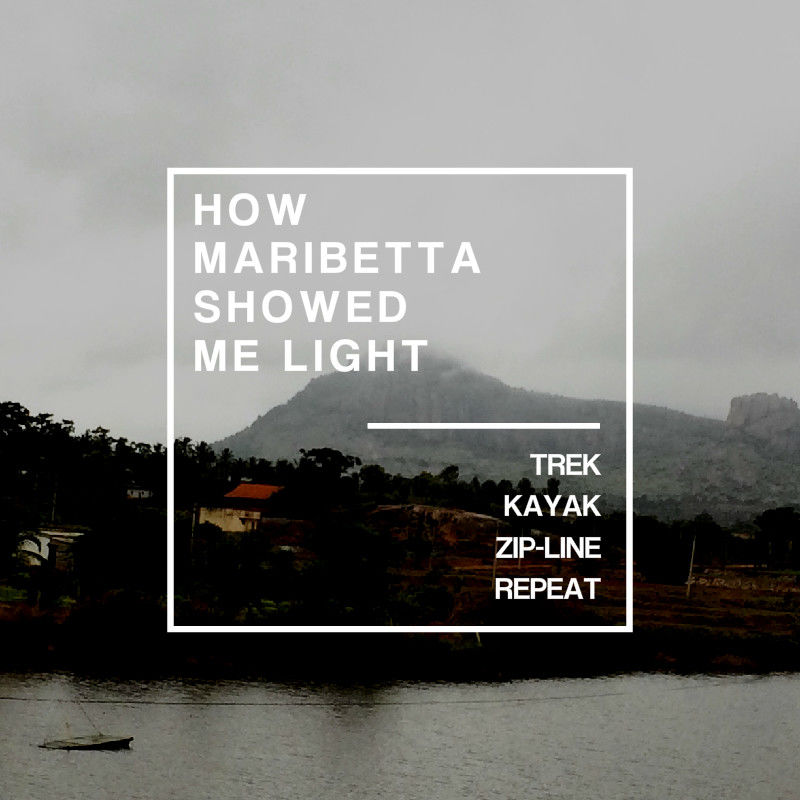 If there’s any such place where you should be heading for a moonlight trek, it should be Antargange! Etymologically meaning, Ganges from the deep, this place is believed where the holy Ganges have flown from the North eastern territory. The purview of the entire Kolar city at night, which transforms in to a totally different view during morning, is one of the best sights to wake up with. And the caving experience made me understand the word “jaw-dropping” in true sense of the word. 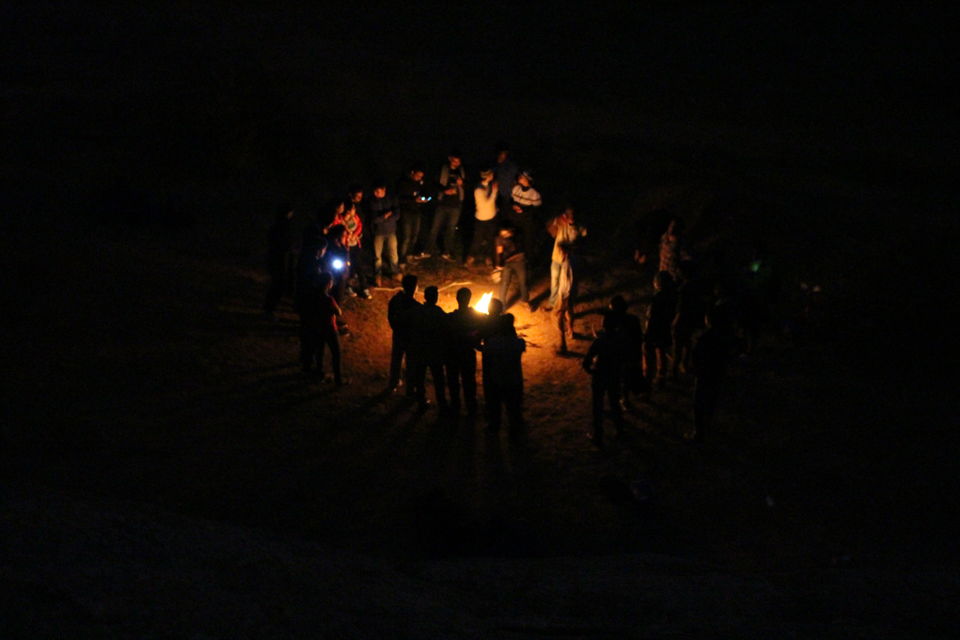 Located near Tumkur in Karnataka, this is one of the treks which allows you to hop through different forts constructed at different levels. Now this is one of such places about which there’s not much information present even in Wikipedia. Time to explore on your own! 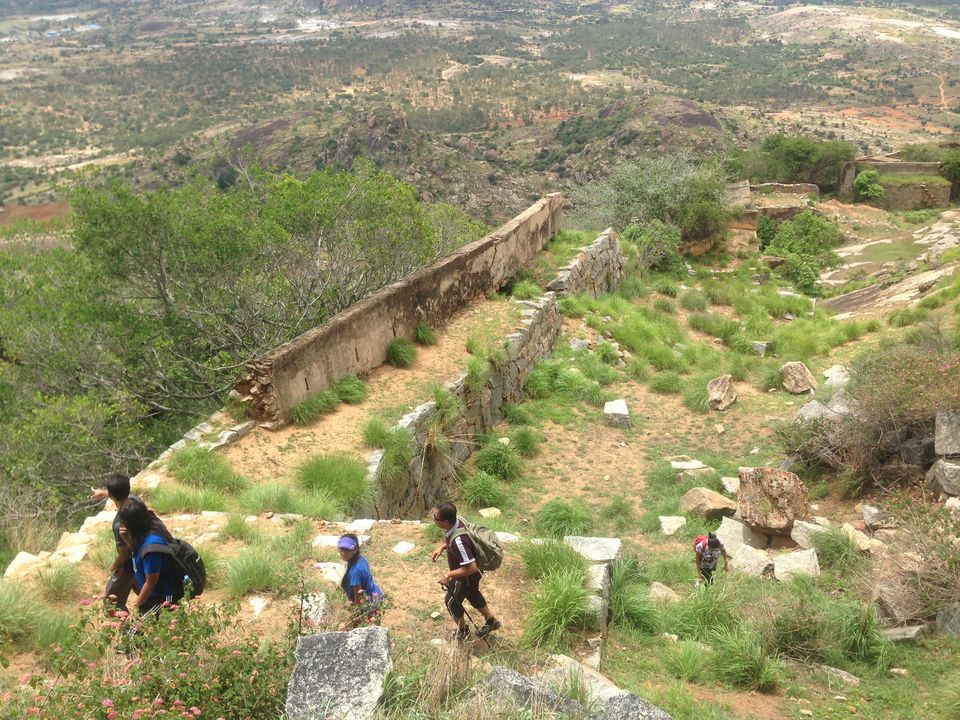 Everyone talks about Jog falls of Karntaka. But very few are aware of the Lushington falls or the Unchalli falls which lies near Siddapur in Uttara Kannada district of Karnataka. Go on an agricultural trek to this place and be ready to witness some of the locally grown crops. 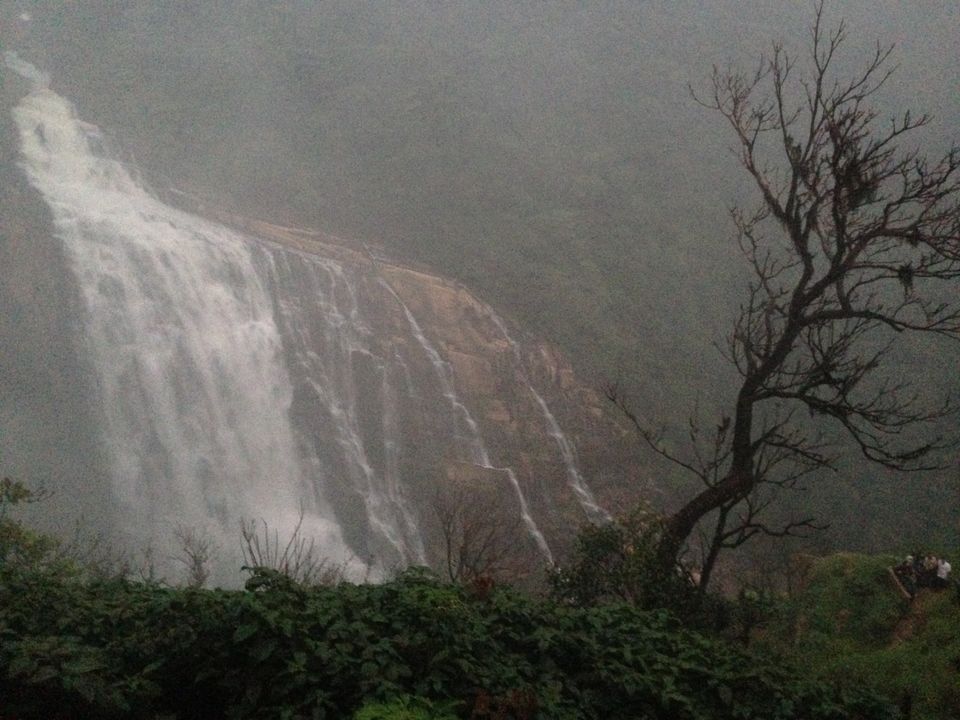 Just 5 hours away from Bengaluru lies “The Scotland of India”, Coorg. Fascinating landscapes, cool climate, coffee plantations and less commercialized than Ooty, Coorg is just awesome! Ever planning to visit Coorg, don’t miss out on a trek to Tadiyanmol. 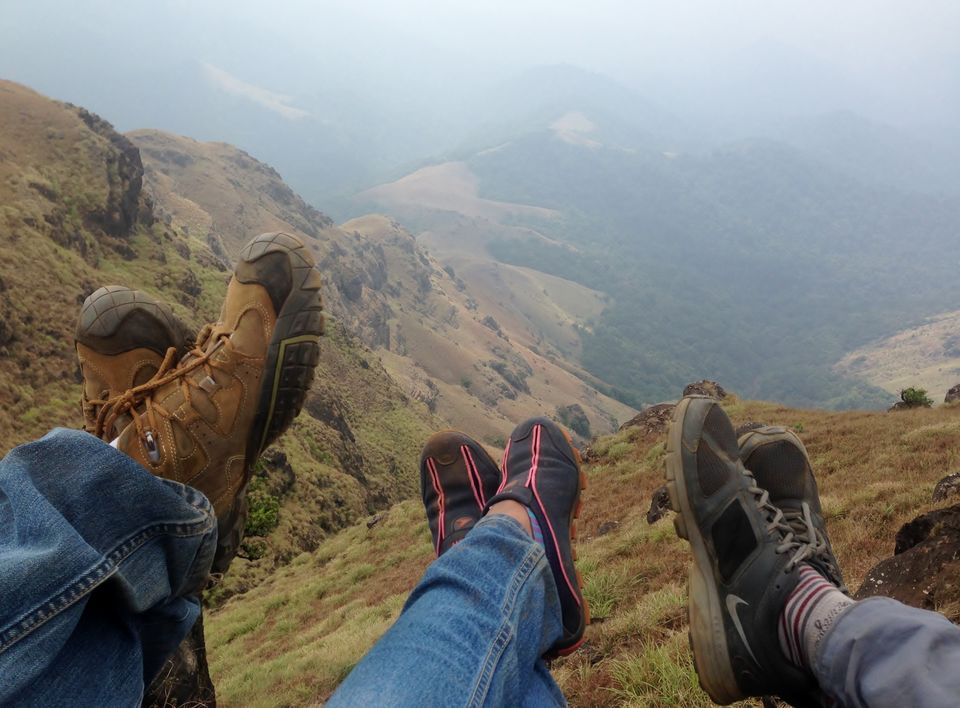