As the flight from Delhi began its descend towards ‘Tribhuvan’ International Airport in Kathmandu, I got a glimpse of the insurmountable snow-clad Himalayan ranges cloaked with clouds. “One of the most beautiful views surrounding an airport,” I said to myself as I planned my itinerary for the next three days. Being mid-April, this was a busy tourist season as Everest expeditions would begin around this time of the year given the good weather.

After a smooth immigration process, I boarded a cab for my hotel called - ‘The Yellow House.” ‘Strange name,’ I thought. A drive of 20 minutes through the vociferous streets took me to my hotel which was a nice ‘bed & breakfast’. It comprised a small building painted in bright yellow and nestled in a quiet corner with ample greenery. I was delighted to see the breakfast area – an open patio lined with cane furniture overlooking the kitchen garden and a chalkboard menu kept in one corner. The breakfast menu had plenty of healthy options like whole wheat toasts, sautéed organic vegetables, fresh fruit smoothies and varieties of cheese. I ensconced into my chair, grabbed a magazine from the reception and enjoyed my hearty breakfast while listening to the constant chirp of birds amidst the tranquil surroundings.

Soon all refreshed, I was ready to explore the city. My first stop was the famous ‘Patan Durbar Square’, one of the three Durbar Squares in Kathmandu, all of which are UNESCO World heritage sites. The Square was situated in ‘Patan’, an old city officially known as ‘Lalitpur’ (or ‘the City of Beauty’) believed to have been founded in third century BC. They city had been a famous centre of Hindu and Buddhist activities in the past. The beautiful Square housed many structures like temples, courtyards and idols. I was exploring the narrow alleys of one of the courtyards when I stumbled on ‘Patan Museum café’, a quaint garden restaurant situated away from the crowds. I tried the local varieties of beer, namely ’Everest’ and ‘Gorkha’. along with a sumptuous ‘Nepali thali’ which consisted of rice and different vegetable gravies.

As the day got cooler, I decided to visit the ‘Garden of Dreams’ to spend the rest of my evening. Despite being situated just off Kathmandu’s busiest traffic intersections and on the street leading to busy 'Thamel’ shopping area, it was one of those places where pollution was hardly evident. The neoclassical garden was originally constructed in 1920 but later refurbished in early 2000s by the Austrian government after decades of neglect following the death of its patron. Hence traces of  Austrian architecture were visible on the elegantly crafted walls and structures. I sat on a series of steps next to the mini amphitheatre and enjoyed watching the visitors, mainly foreigners, engrossed in various activities - couples lazed around, single souls quietly read a book, a group of friends relished their picnic meal and newly married couples dressed in traditional attires posed for wedding photographs. The park is full of European-style cafes of which ‘Kaiser’ café seemed to offer one of the best views overlooking the serene pond full of fountains. I visited the art gallery and was startled to see the contrast in pictures of the garden before and after the restoration. As it got darker, the garden was beautifully lit adorned with its European style lamp-posts.

It was day two and I decided to visit the famous ‘Pashupatinath’ temple. The road approaching the temple was lined with stalls selling marigolds, offerings and ‘rudraksha’ beads. I realised it was the auspicious occasion of ‘Akshay Tritiya’ (a holy day for Hindus) due to which the temple complex was crowded with devotees. Dedicated to Lord Shiva, the temple stands on the banks of river ‘Bagmati' which later meets the holy river ‘Ganges’. I got to know that the river banks were also used for performing cremation rites and only Hindus were permitted into the main temple.

A few minutes’ drive from ‘Pashupatinath’ temple led me to the sacred ‘Boudhanath Stupa’. The complex was very peaceful and decorated with flowers and lights. The Stupa comprised a white dome topped with a square tower bearing Buddha eyes on all four sides. Prayer flags fluttered with the wind and maroon clad Buddhist monks sat near the Stupa reciting prayers and lighting ‘diyas.’ A plethora of roof-top restaurants encircled the complex. I sat on the terrace of one of the restaurants from where I could get brilliant views of the Stupa. Despite the day being warm, the strong wind and the shade of umbrellas kept me comfortable. Later, I went for a stroll in the flea market where local vendors sold souvenirs like prayer wheels, ‘Buddha’ statues in bright shades of turquoise and red, prayer flags and varieties of tea.

Day three - it was 4.30 am, dark and cold. I began the drive to ‘Nagarkot’, a hilly area, situated about 30 kms from Kathmandu and popular for its sunrise views. The driver sped through the empty roads. As I reached the look-out point, a series of steep stairs led me to the hilltop. I was mesmerised to see the 360 degree view of Himalayan ranges shrouded with clouds. I sat there for a while gazing at the nebulous mountains in front revelling in the serenity and stillness of the place. The mountain dogs slept next to me basking in the warmth of soft sunshine. A helicopter emerged from distance flying parallel to the mountain range - perhaps this was the one which carried passengers for a closer view of the mountains peaks. Soon it was 8 am and the sun became brighter and warmer. I got down to have some breakfast and then started the descend to Kathmandu.

It was my last evening in Kathmandu. I knew my trip wouldn’t be complete without visiting ‘Thamel’ shopping district (Yes, the same market where Akshay Kumar shot scenes of his recent movie ‘Baby’). The area is full of shops, cafes, budget hotels, travel agencies, money exchange booths and pubs which have live music performances in the evenings. The variety of merchandise available for sale is overwhelming - mountaineering gear, paintings depicting the Mt. Everest, monasteries and life in Nepal, yak shawls, old movie CDs and incense in rare fragrances like clove, lemongrass and vanilla. I was exploring the narrow yet identical alleys when I came across a café called “Himalayan Java.”  The fresh aroma of brewed coffee and the cosy wood interiors allured me to stop there for a while.

Thoughts of the last three memorable days spent in Kathmandu lingered in my head. Like India, it was a land of contrasts: Though most areas of the city were not very organised or clean, yet there were areas like ‘Thamel' where you could spend hours perambulating through the by-lanes; the air was quite sooty in the city centre compelling people to wear surgical masks yet there were green pockets such as my quaint hotel and the serene ‘Garden of Dreams’; public transport comprised old clunky Maruti 800 cars plying as cabs, yet the experiences I had with varied cuisines and free Wi-fi at the cafes was outstanding.

It pains to see Kathmandu in the throes of the massive earthquake just few days after I returned to Delhi with many tourist spots now being in ruins - the only hope being that prayers and time would soon heel this vibrant city from the deplorable damage. 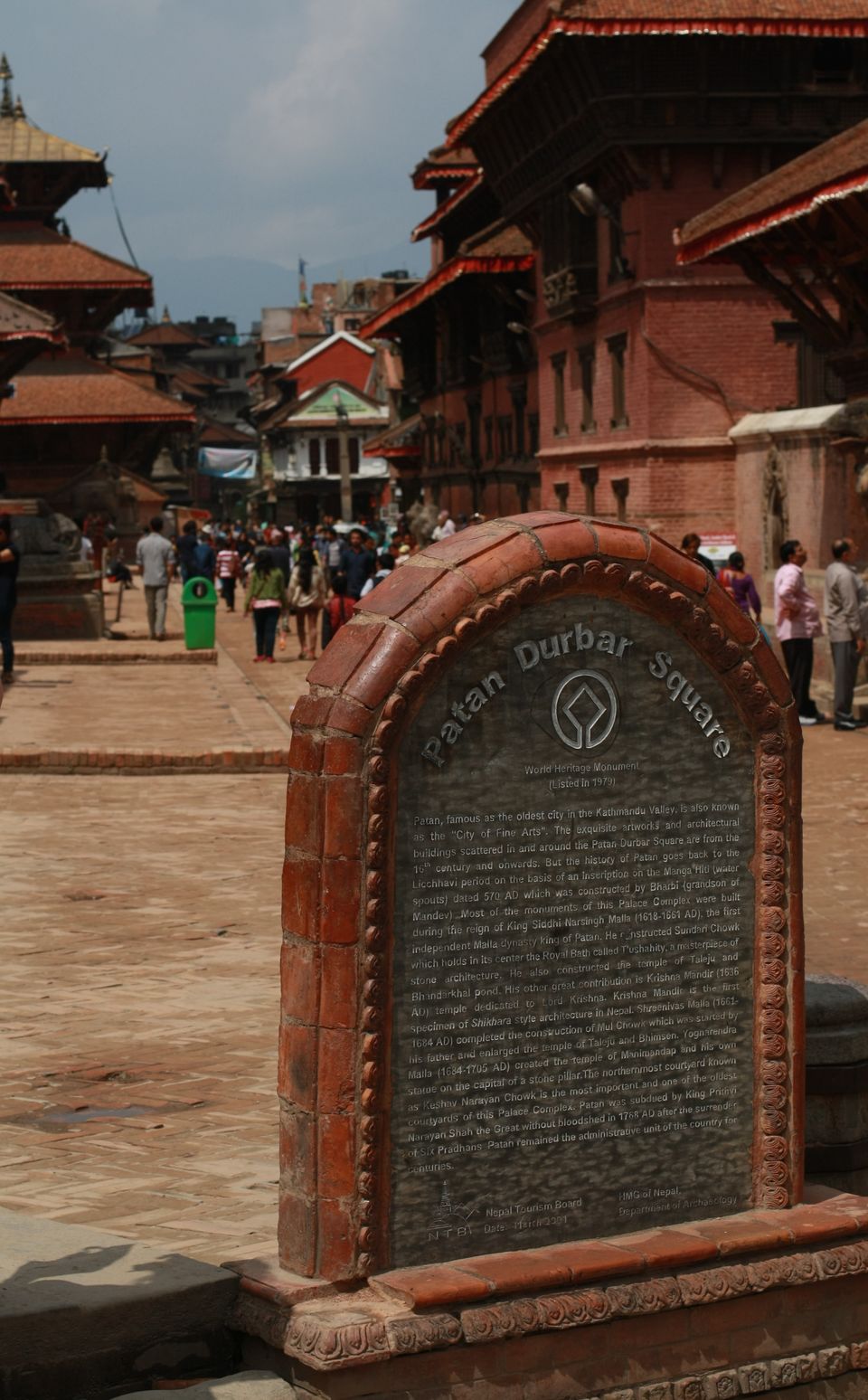 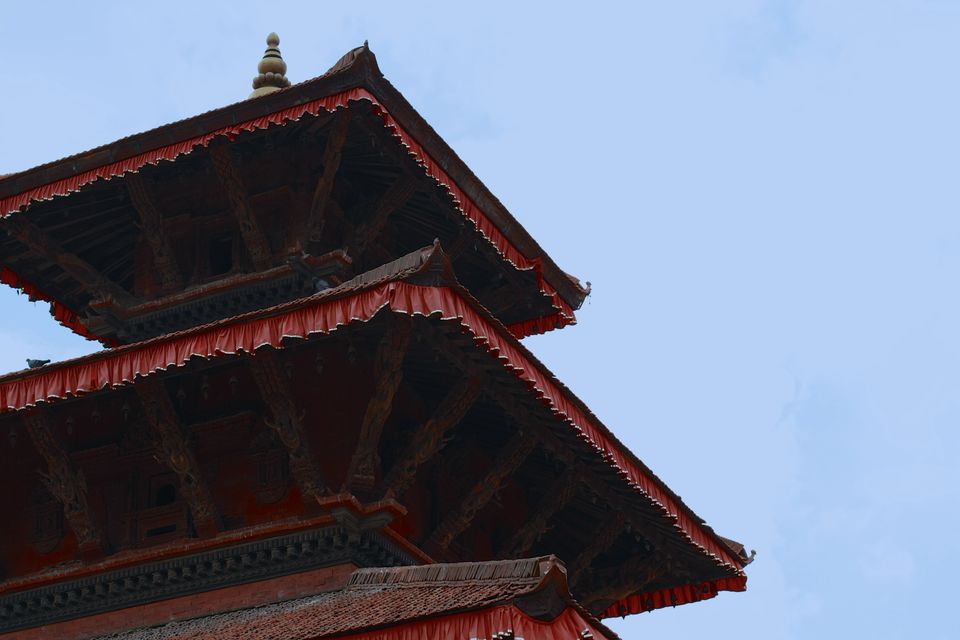 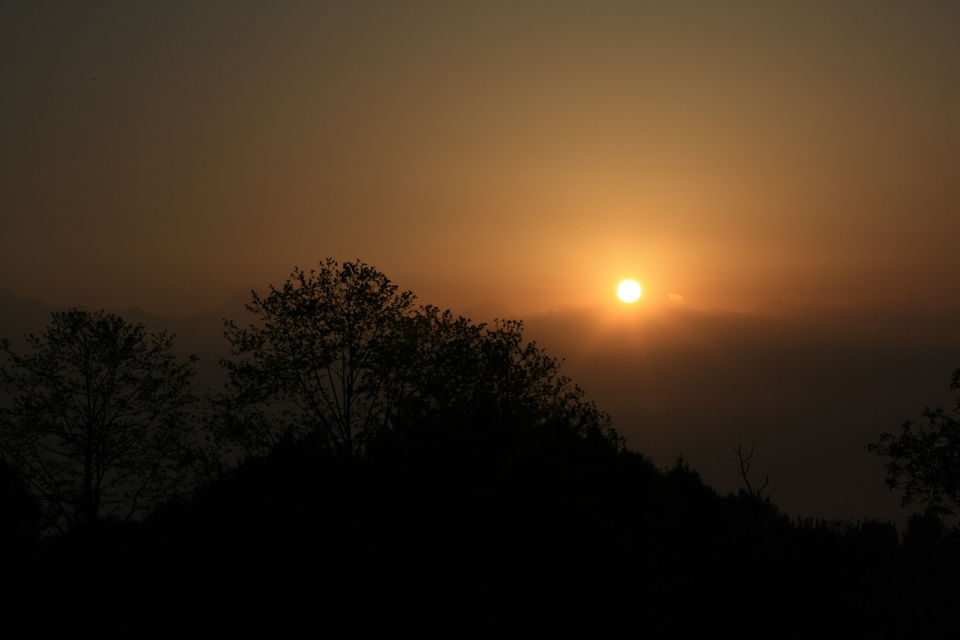 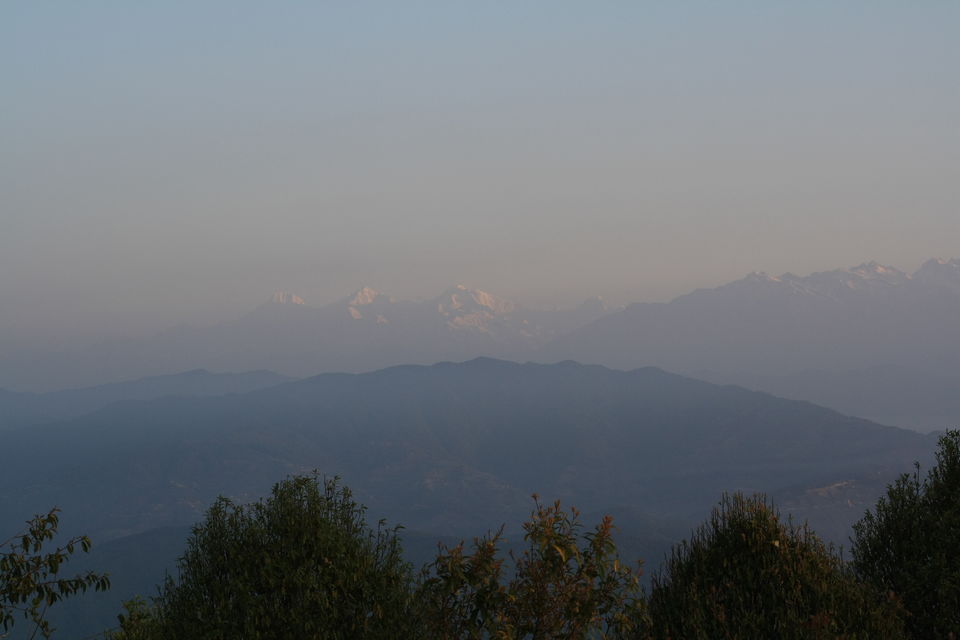 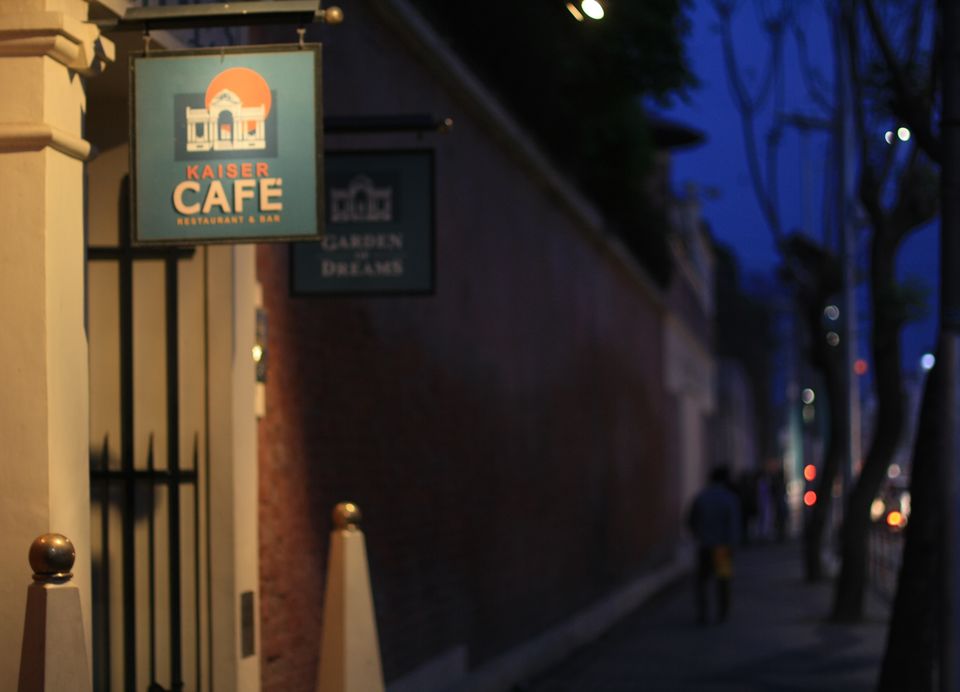 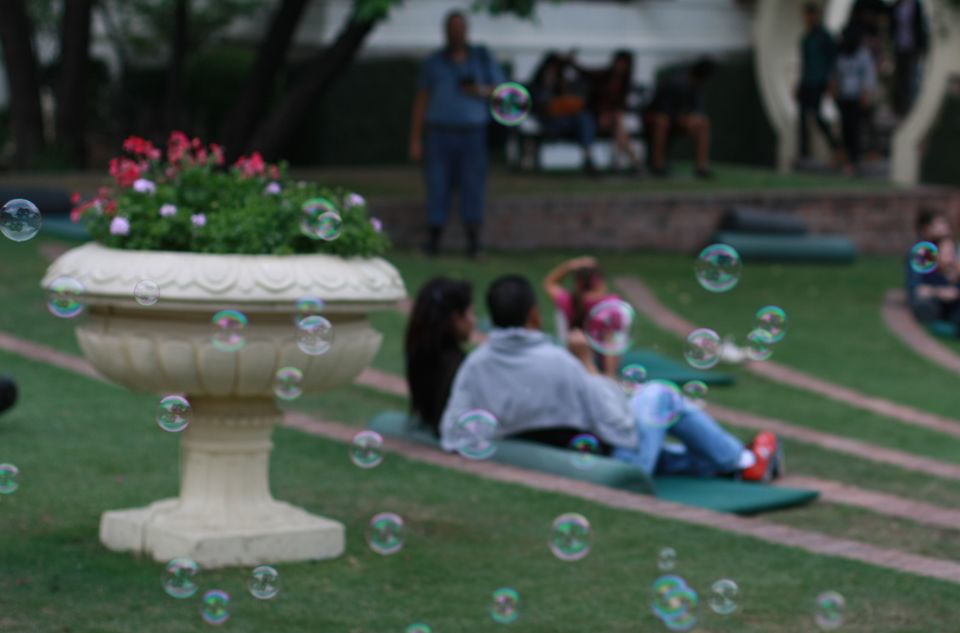 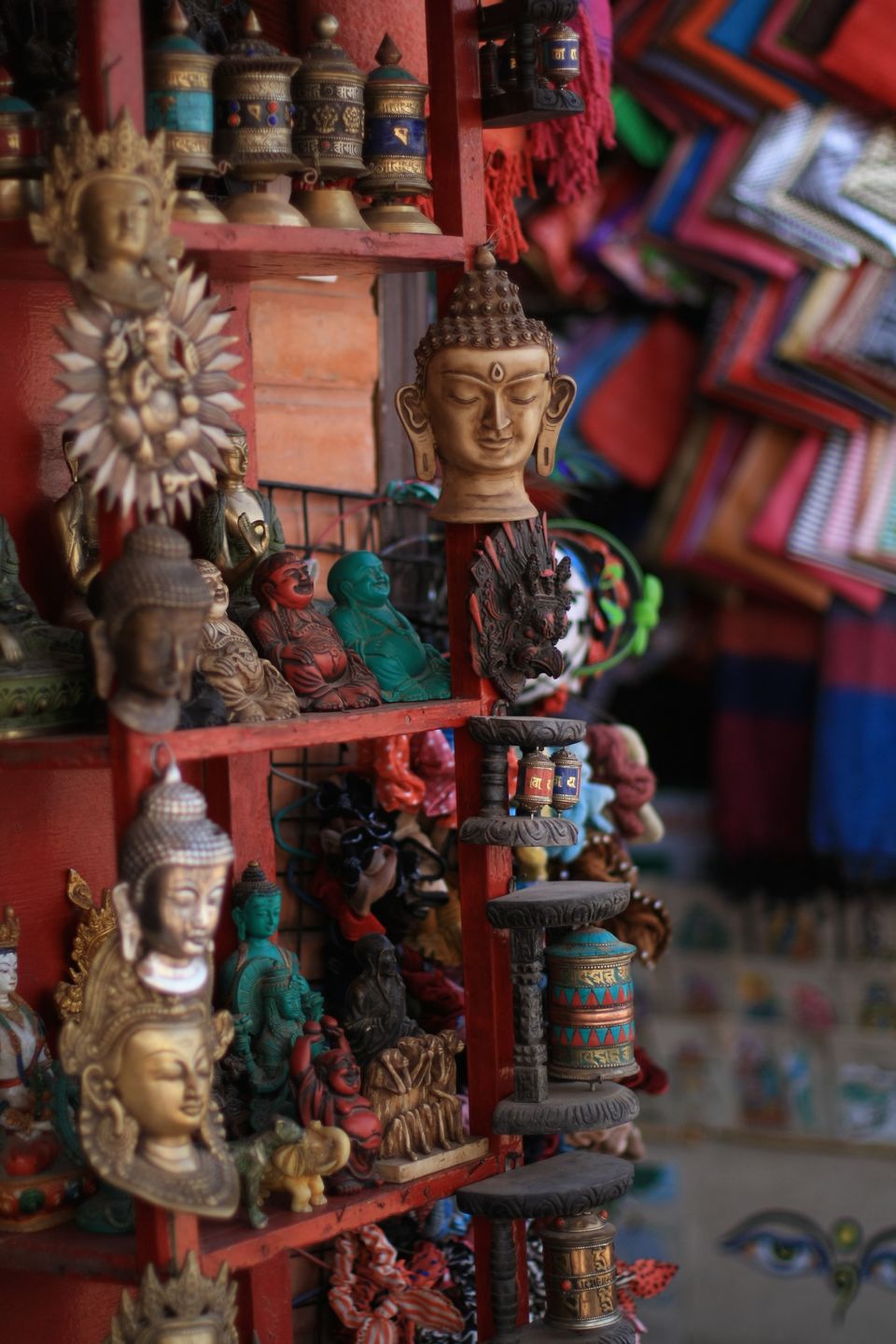 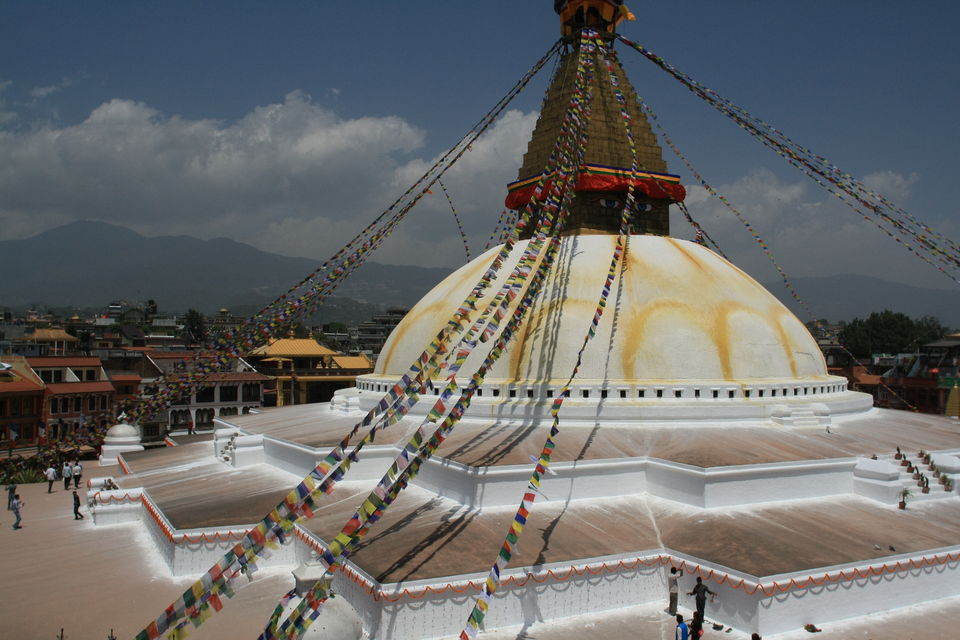 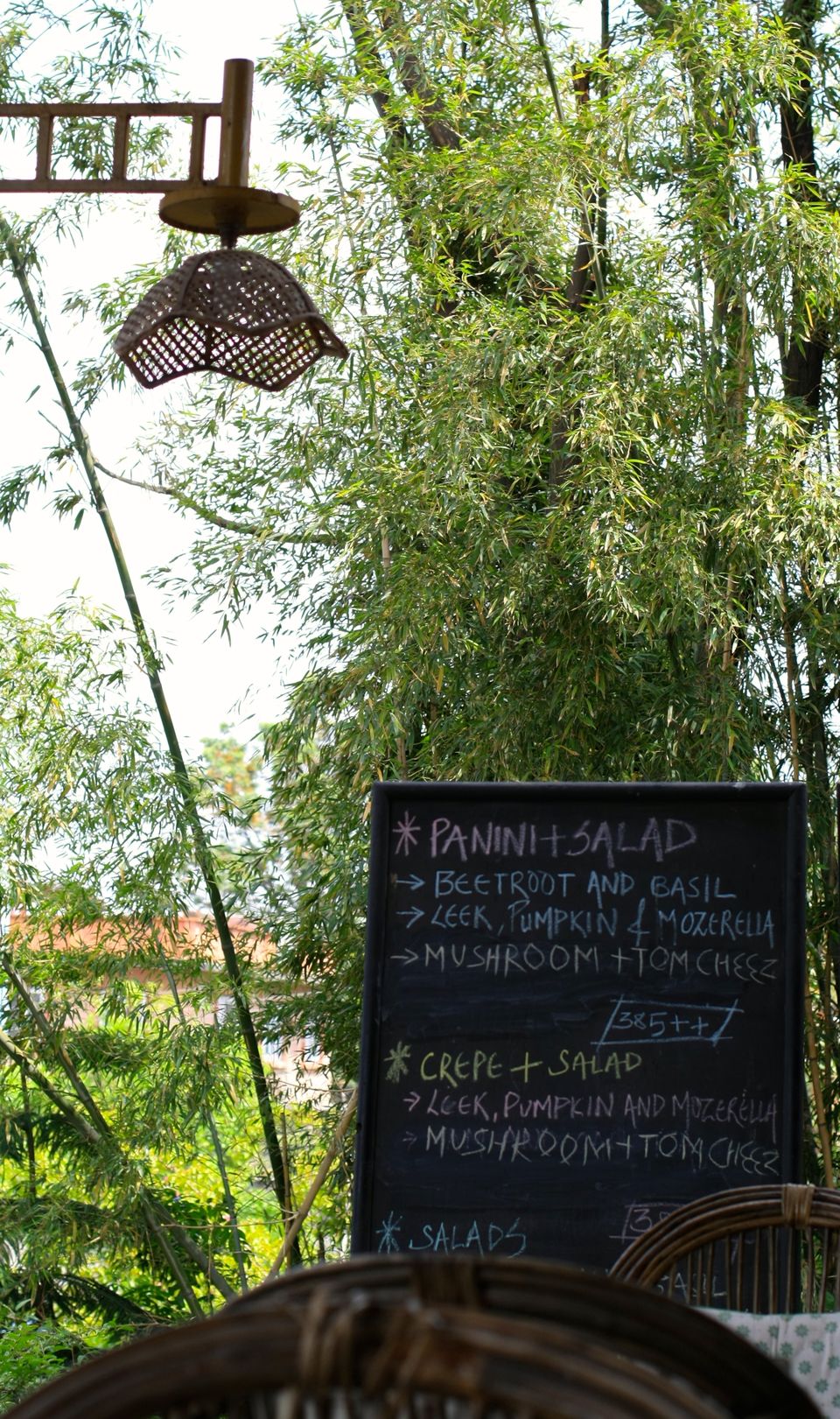 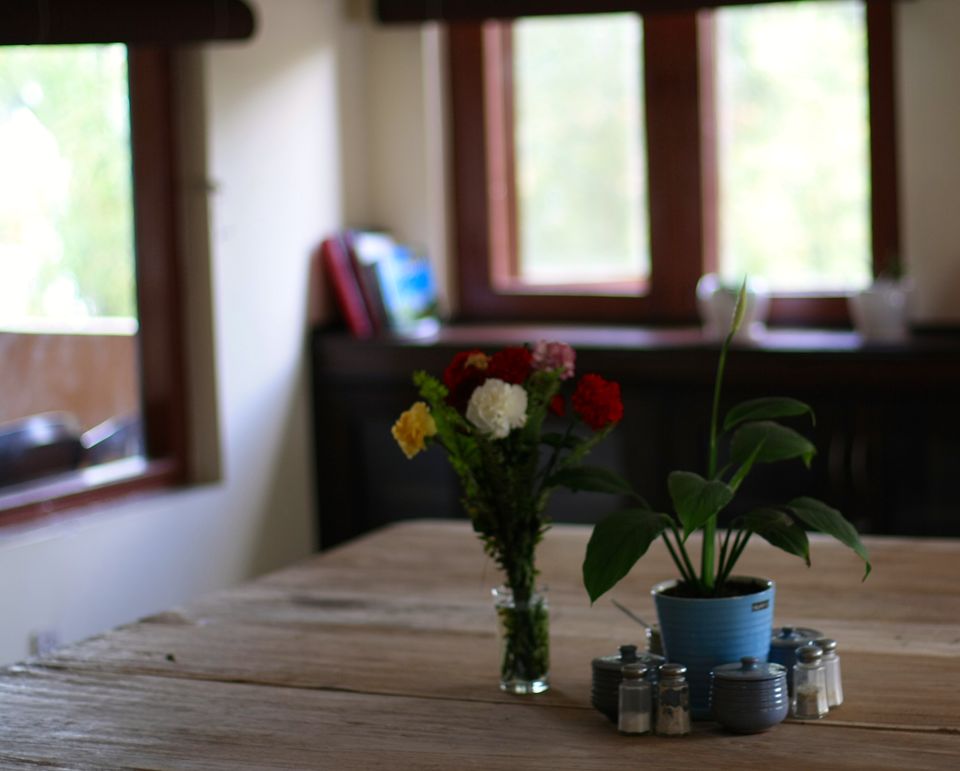 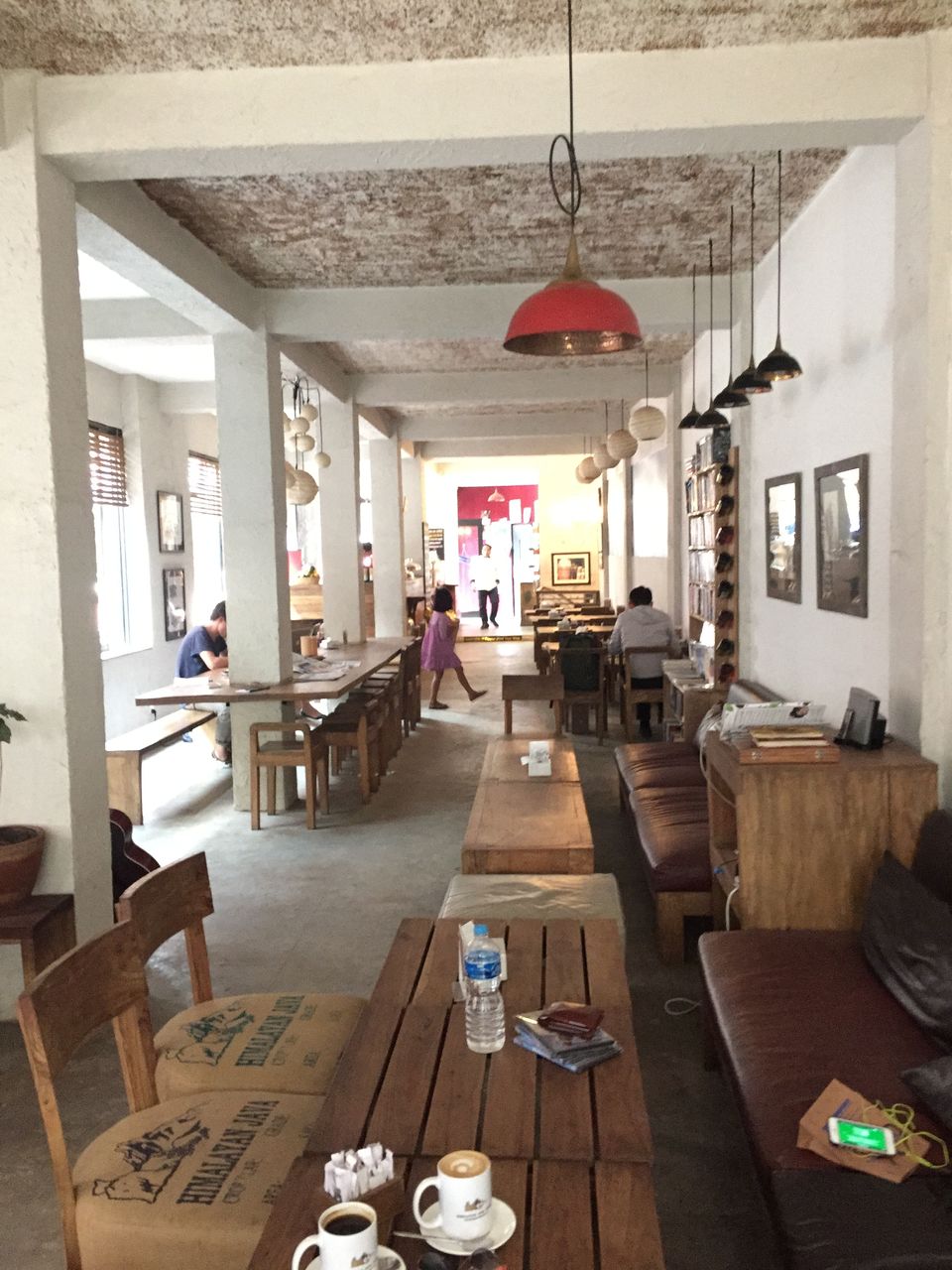 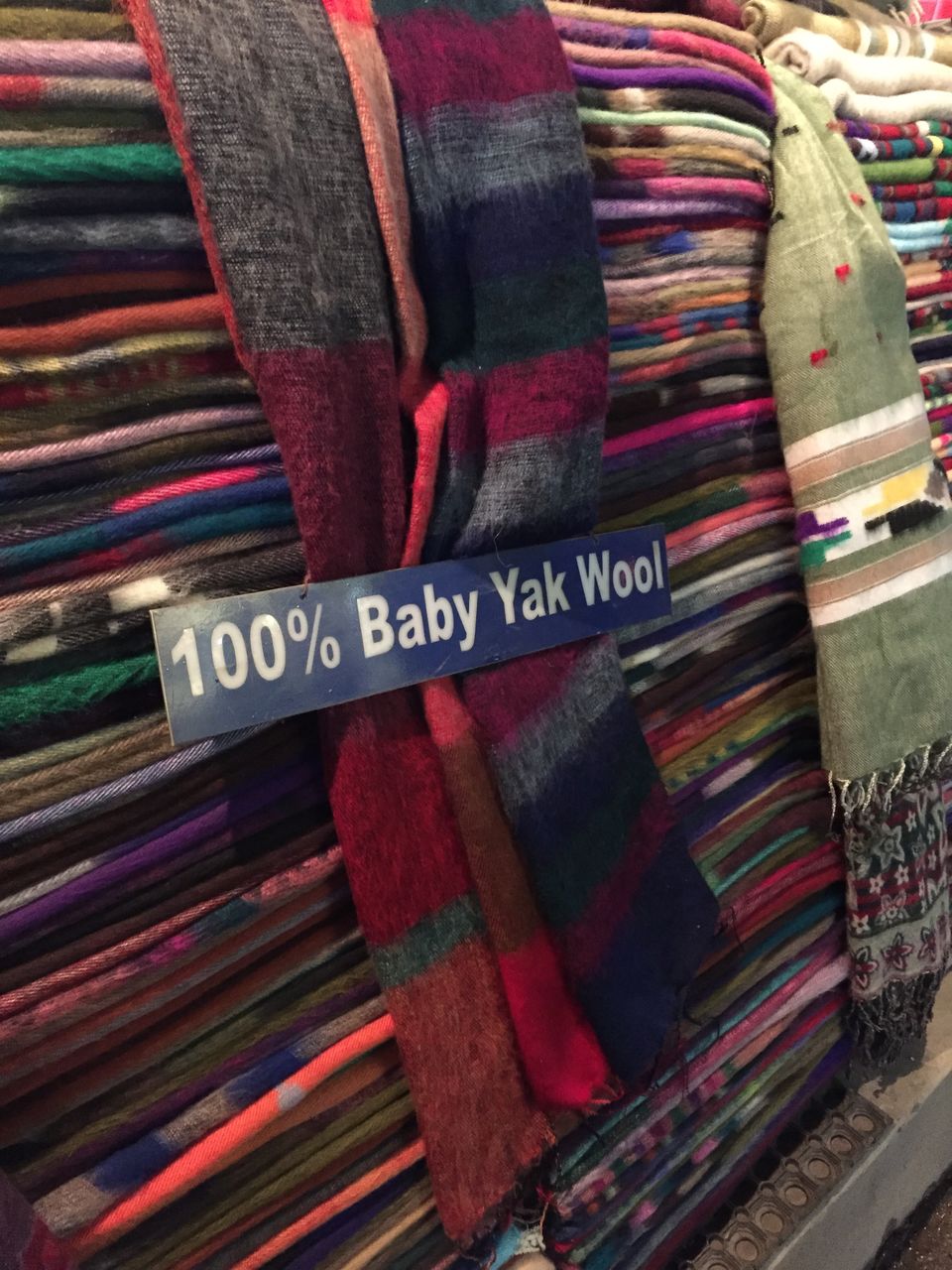 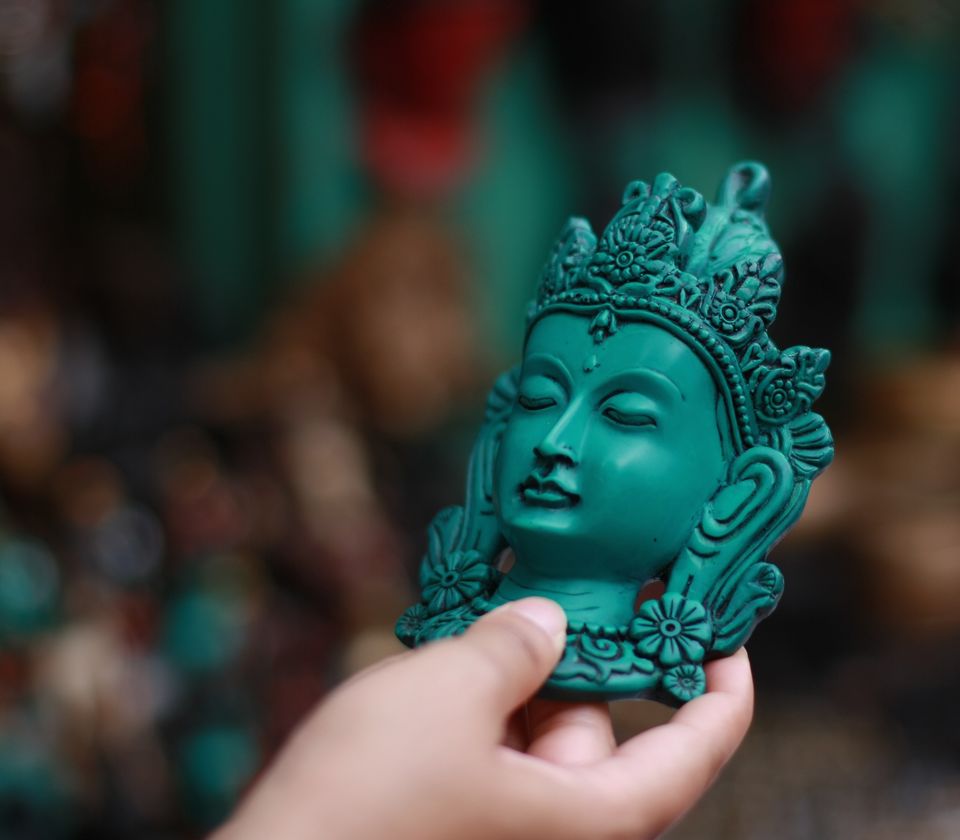