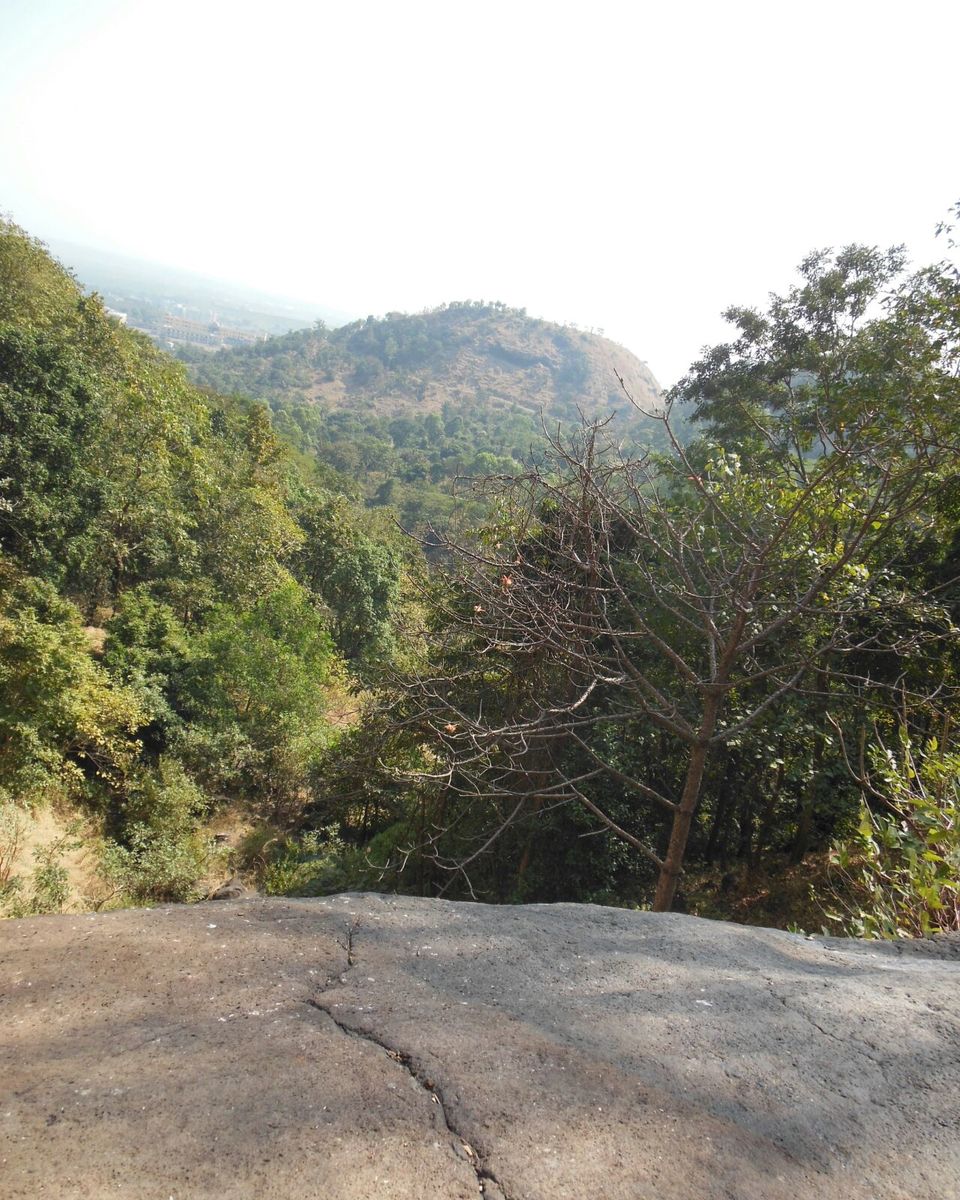 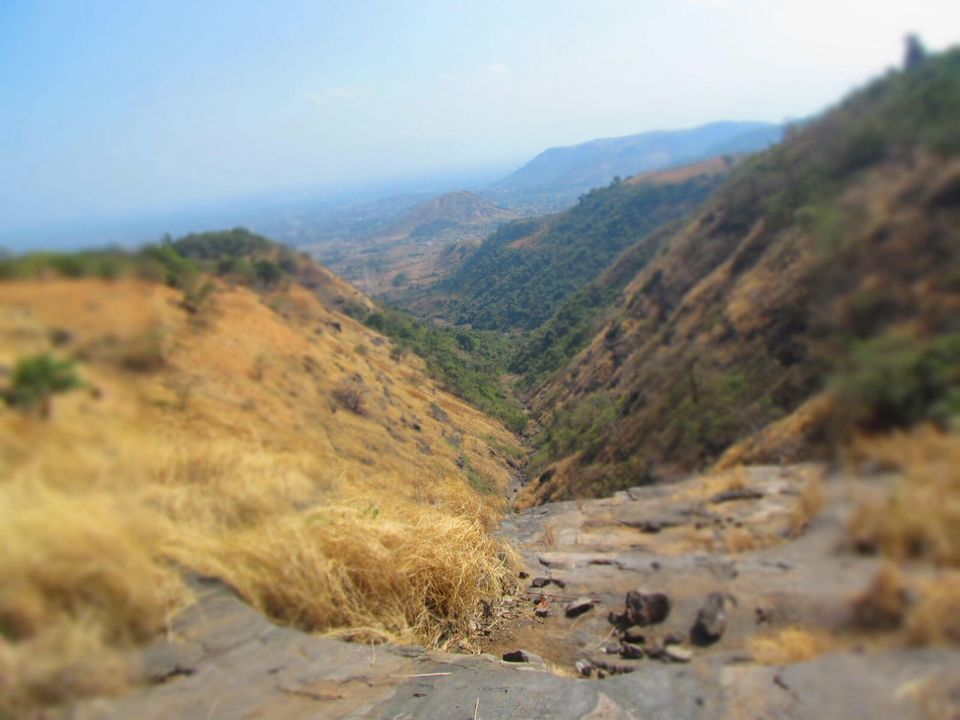 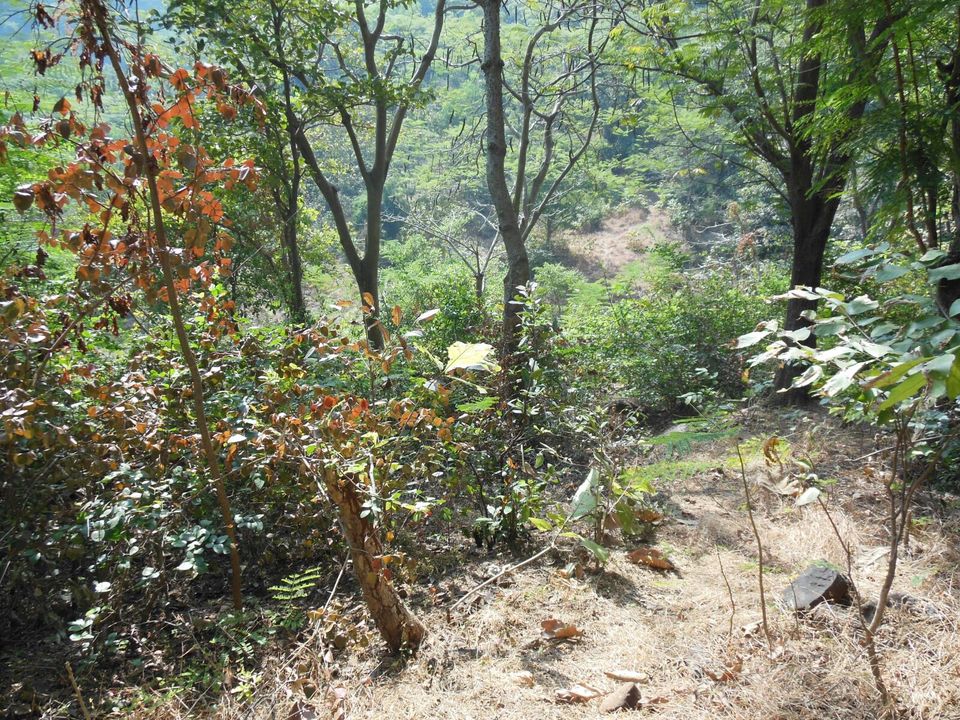 Getting an extended weekend, chilling with a bestie, finally going for a long-desired trek and climbing 2000 feet after pushing myself to the limit were the highlights of the last week. Well, it all began about 4 days before the trek. Although I haven’t really been in the best shape, I had been planning a trek for a while. The last one I had been to was two-and-a-half years ago at Sanjay Gandhi National Park. Wanting to begin my year with a bang, I decided to join Born Adventurer – a start-up, on their trek to Peb/Vikatgad. A mutual friend introduced me to the team leader Kartik, and I was eager to trek. A classmate of mine – Apurvi seemed interested and I asked her to tag along. Kartik had asked us to reach the boarding point at 5am initially.

We had decided to sleep over at my place the night before leaving for the trek in the morning. Wrapping up an assignment due soon, we went to sleep at 1am, setting the alarm for 4am. We barely slept though, as we were really psyched about the action packed day ahead. We woke up at 4 and were all set to leave at 5am, when Kartik called me up saying that he would be slightly delayed due to a couple of members joining him at the starting point at Borivali. He also said that he would ask one of his friends to join us at the pick-up point, and that he expected to reach by 5.30am. My parents had offered to drop Apurvi and me at the pick-up point. However, neither of us had the least idea about what was going to happen next. We reached there at about 5.20am. It was dark and chilly, and the roads were almost clear sans a few bikers, taxis and buses. We waited for a while before confining ourselves to the warmth of the car. We tried contacting Kartik but unfortunately we couldn’t get through after numerous attempts (I must have called 20 times…Apurvi called 10 times!). She and I looked at every crossing bus and wondered if it was ours. Finally, we decided to check one last time at 6.15am and go back home if there wasn’t any success. We walked out of the car, and were relieved to meet Viplove, who informed us that Kartik’s cell phone had suddenly stopped working, and that the bus would be reaching in another ten minutes.

We sat in the bus a few long minutes later, and witnessed the eastern end starless black sky lighten up by a few shades. It had been a while since I had witnessed and enjoyed the whole event of sunrise, and not just seen the sun rising. “Murphy’s Law” Apurvi and I joked, thinking about whatever could have gone wrong in the first couple of hours. Little did we know what lay in store. Kartik explained the cascading effect of his phone dying – he couldn’t contact anybody, including the bus driver! It took him a while to locate his friends and the bus driver at the starting point, and ultimately delayed almost everything by a couple of hours. A quick introduction with the others and a song session helped set the mood. Most of the gang comprised of Kartik’s friends, and their friends. We were 12 of us – 6 girls and 6 guys. The other guys in the gang were Dhwanit, Rahul, Prathamesh and Jayesh. The girls were a cheerful bunch – Purvangi, Mitali, Snehal and Harsha. The first couple of hours were comfortable, albeit bumpy. We stopped near Neral Railway Station for a nice warm breakfast at Shri Samarth Prasanna Restaurant. A plate and a half of poha later, I was ready to go. Kartik informed us that there would be no lunch as we were delayed by almost 2 hours (He had initially planned to start the ascent at 8.30am, but by the time we reached the base of the hill it was well past ten). We got chatting with Dhwanit over food – he gave us a pretty interesting piece of advice: avoid lagging behind, as the people walking in the end are usually the first to give up.

Apurvi and I decided to put all the necessities into my bag and take it – we ended up taking 3 litres of water, about 5 energy bars and hand towels. Dhwanit had warned us at the restaurant itself that it was a medium level trek and would prove to be slightly difficult for the first timers, and that it was a real test of our endurance. I was up for the challenge, as I knew more or less what to expect. We had to walk from the railway station to the base of the trek, near a small village. One of the guys there told us that the trek would take us about a couple of hours (and a maximum of 3) one way. The guys were all adrenaline junkies, ready for another adventure. However we girls were mostly newbies and I estimated that we would need some extra time. The guys instructed us to not drink too much water or sit down to rest frequently, as it would wear us out sooner. So on an average, we all had about a sip of water every half an hour or so. The trek turned out to be slightly hard for Apurvi in the beginning – she had almost given up in the first couple of hours. I don’t know what happened after that…all of a sudden she just started walking and barely took breaks. Dhwanit kept motivating us throughout.

The funniest part of the trek was the time we reached the seasonal waterfall – we saw a trail leading somewhere, and embarked on it. Out of nowhere a localite appeared to tell us that the trail wasn’t safe and that he knew another way to the top. “Nobody who has gone there has made it back alive” he sneered. This startled a few of us, who started doubting the path chosen. The guys figured that he was just trying to mess with our minds (and trying to get hired as a guide) and continued on the path. Just to lighten up the moment, they joked that there would be cannibals at the other end waiting to either kill us, or roast us alive and feast on us. Laughing it off, we walked for a while traversing large steep stones and narrow paths only to realize that it was a dead end (I guess I understand the reference to the word “dead” now – he might have been referring to the trail and not the trekkers!). After spending about an hour and finally retracing our steps back to the waterfall, we decided to take another route…yeah…the waterfall itself! I didn’t really expect that to happen – the stones were almost as steep as the wrong trail before, and were huge in some places. We did require quite a bit of effort to push ourselves up – the ascent was taxing.

After finishing three quarters of the climb we girls were drained. I was amazed by Mitali’s effort, as she wouldn’t give up even after being completely exhausted. Although she was lagging a little behind us, she put one foot in front of the other and braved on. We figured it would take her a little long to reach us. Dhwanit went to explore the little stretch that remained, and shouted back once he reached the peak. The short amount of time he took (barely 8 mins) motivated us to somehow try to reach the top. I felt all the more motivated to push myself harder once I could see him. It wasn’t so difficult after all – it just appeared so. And honestly speaking, the view from the top was completely worth the effort and the pain. It was almost 3.45pm and we were to begin our descent after resting a while. We began our descent at about 4pm – well, most of us (that is, excluding Prathamesh and Dhwanit). This part of our journey was perhaps the most challenging one, as we had very limited amount of water left for about 2000 feet of journey. For the relatively inexperienced members of the group it proved to be tougher as our legs began to shiver and we began to experience a slight headache. The fun part was tackling the steep slippery rocks. I remember slipping and falling on my back once. I prayed for strength to put one foot ahead of the other so that we could reach the base before dark. We took a nice two hours to reach though. Surprisingly it took Prathamesh and Dhwanit only half the time we took – it took them barely an hour to catch up!

The sweetest part of the day was reaching the village. We were completely drained and requested the villagers for water, sugar and a little salt. They were more than kind and fulfilled our every need with a smile. Apurvi, being in no position to walk to the bus, requested a family for a ride till there. They were more than happy to help out! The best of human nature is brought out in times like these – everything about the villagers felt divine. The journey back was pretty pleasant – cool breeze, my favourite songs and vada-pav with Maaza. We all chatted about almost everything under the sun and bade bye to each other as we neared the drop-off point.

The trek was an experience in itself, as it made me push myself and redefine the limits I thought I had. I certainly am looking forward to a lot more adventures and treks in the near future. Special thanks to Born Adventurer for making the experience memorable.

For those who plan a trip to Peb/Vikatgad, here are a few pointers that might help –