Beneath the designs of Edward Lutyens, the city holds long history which can be viewed at every nook and corner of the city, lying there to get explored by the curious travellers. The city mimics the personality of pan India. Being few kilometers away from one of the districts (Rakhigarhi, Haryana) of Indus valley civilization to modern day architecture, from delicious classical cuisines to street food, from modern development to celebrating the year's old rituals, everything is enclosed under the shelters of Delhi.

Delhi is not just a place to explore but to learn. learn the kindness of people, learn attachment of people towards its roots, learn the empathy of one another, learn to embrace the hospitality. It would be hard to understand the personality of Delhi unless the city has been properly served to travellers and tourist travelling to India for the very first time. So Let's begin with the historical facts about Delhi. Delhi has been an important political centre and served as the capital for many empires. It can still be evident from the historical landmarks which are mentioned below: 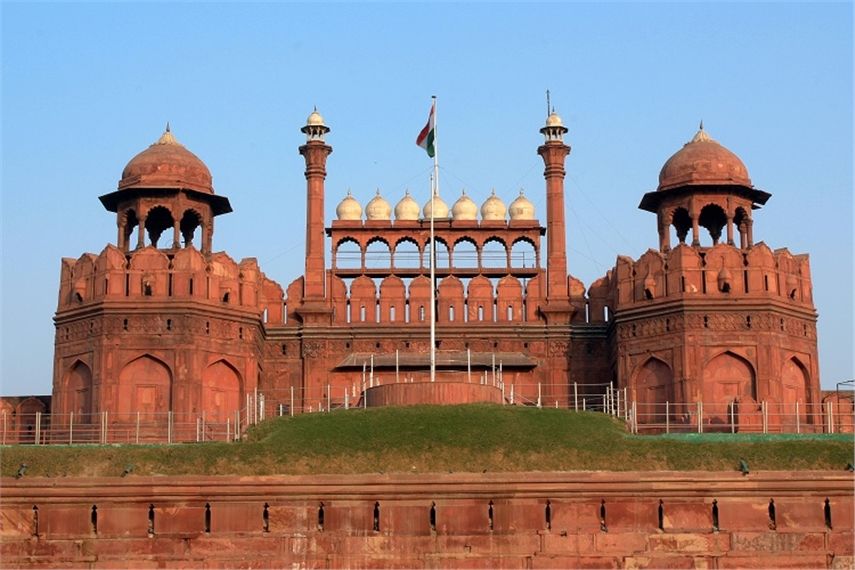 Located in Old Delhi earlier known as Shahjanabad, Built by the emperor Shah Jahan in 1856 still stand tall and stiff. It is an important historical and political centre as now Indian Prime minister hosts flag on 15 August every year which marks the independence day of India. The best time to visit the place is either sunrise or sunset as the sun rays then compliment the red marbles is totally a feast to eyes. 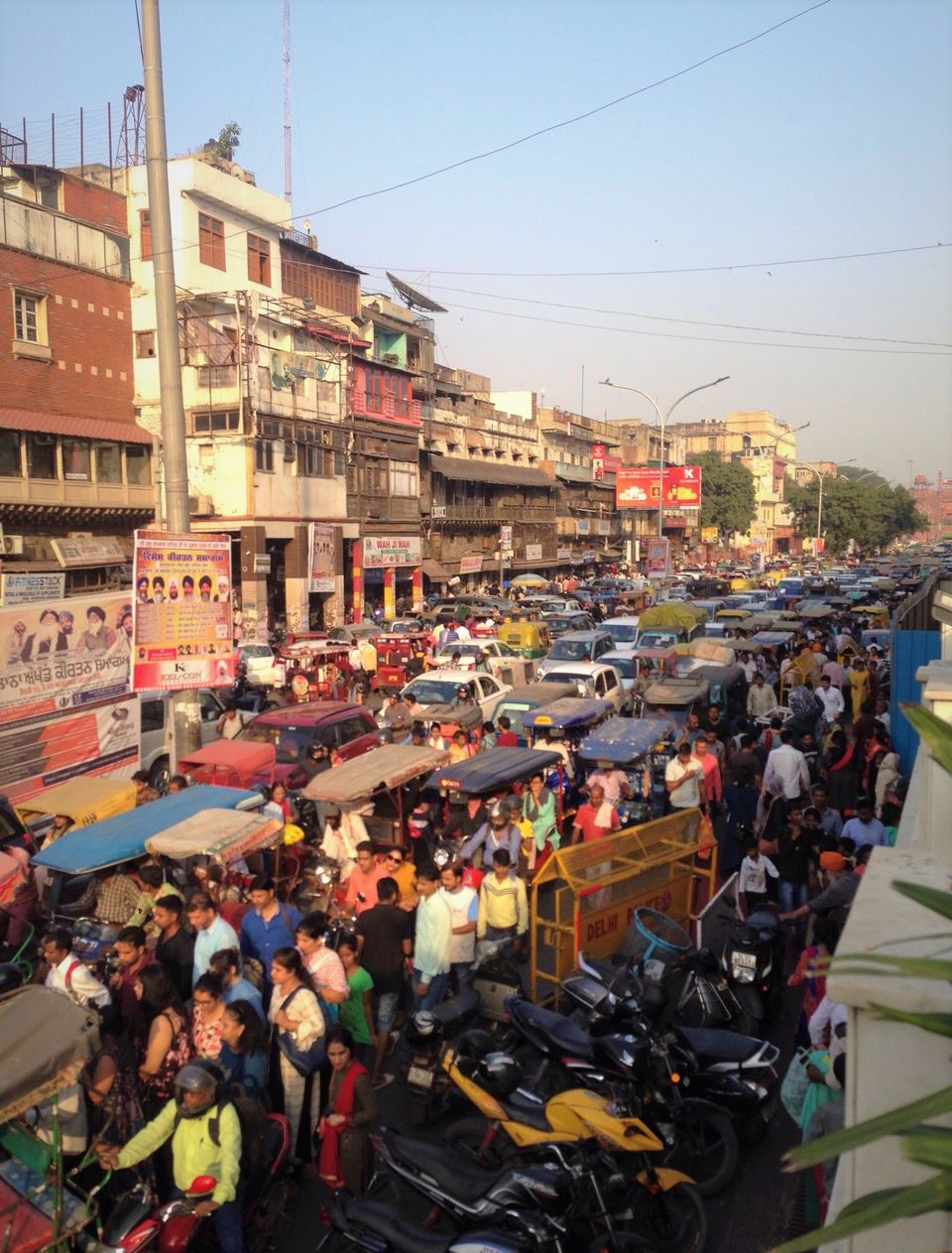 One of the best experience of Delhi is to roam in the streets of Chandni Chowk and just observing the things going around you don't judge the people there as they are earning their daily wages to feed their families. The streets (or galliyan) are so tiny with big shops embedded in it. You'll definitely have an adventurous experience (especially crossing the roads, if you are not a pro). You 'll find one of the best quality products especially clothes and spices. A highly recommended place to visit. 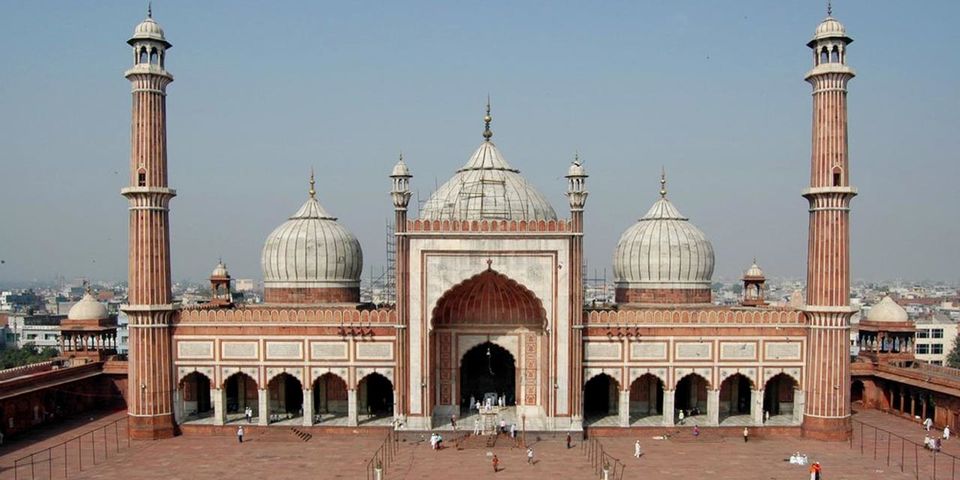 The largest mosque in India. It was built by emperor Shah Jahan, located in Chandni Chowk. One of the holy place for the Muslims. 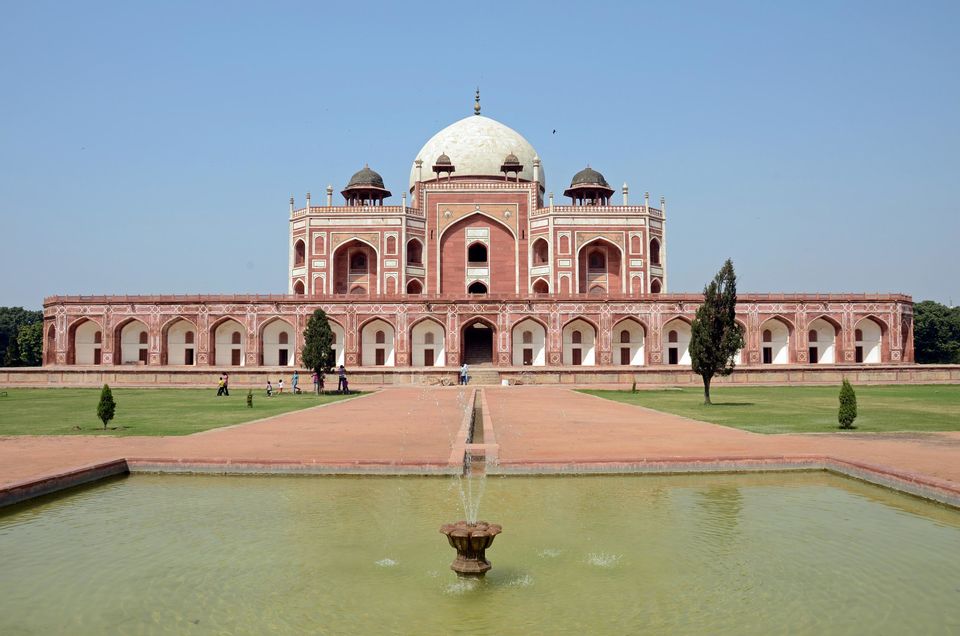 The tomb was built by Bega Begum, first wife of emperor Humayun. the tomb is beautifully designed and it is symmetrical on all sides. inside the tomb is the graves of the Emperor Humayun his wife Bega Begum, Hamida Begum, and also Dara Shikoh great-great-grandson of Humayun and son of the later Emperor Shah Jahan. It is UNESCO world heritage site, declared in 1993. 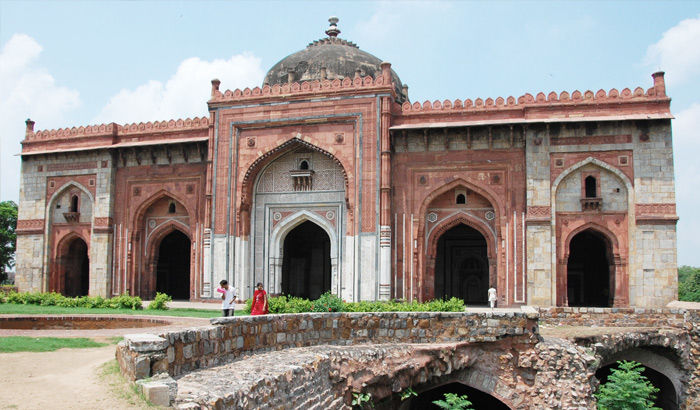 It is one of the oldest forts in Delhi, built under Humayun and Afghan Sher Shah Suri. The remains of the fort indicate the marks of history in the map of Delhi. It is now the venue of a daily sound and light presentation after sunset. 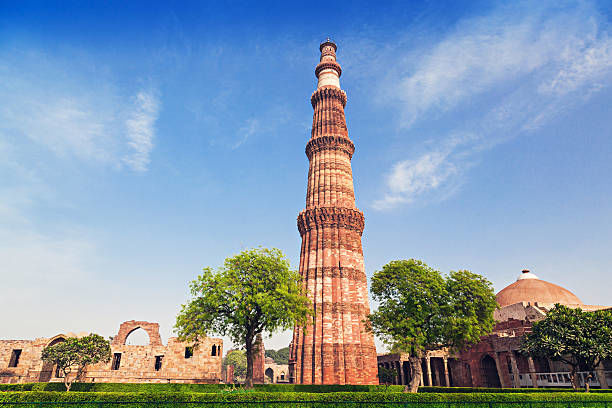 One of the tallest and oldest minarets in the world made up of bricks built in 1220. It was initiated by Qutub ud din aibak and finally made by Iltumish, son in law of Qutub ud din aibak. It is also UNESCO world heritage site. 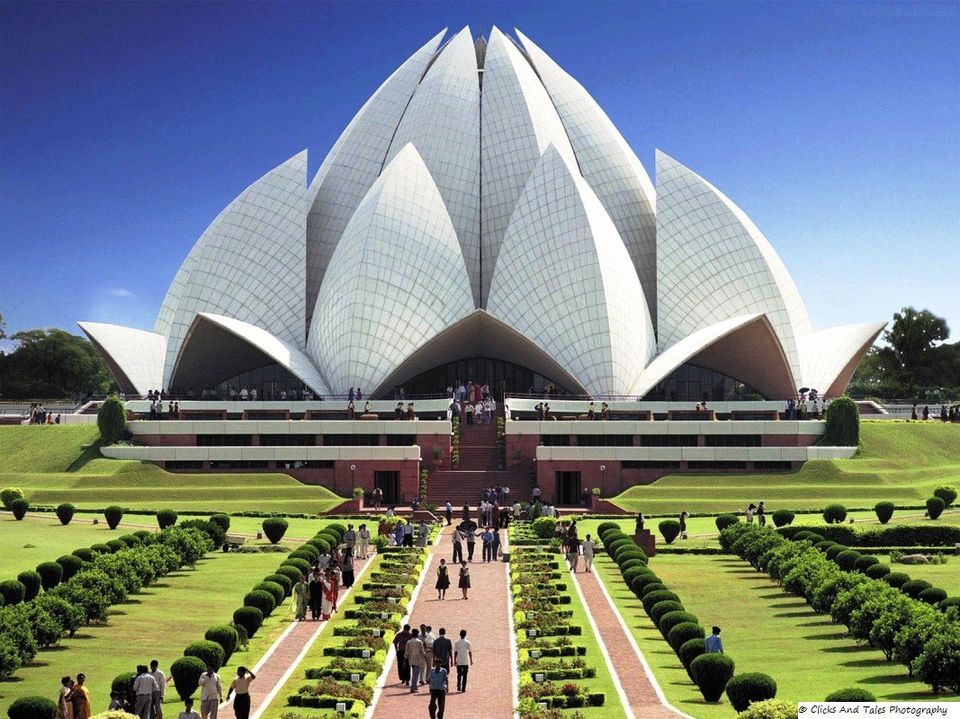 Lotus Temple is a Bahai House of Worship. the Temple is designed in the shape of a flower petal which is magnificent to watch. 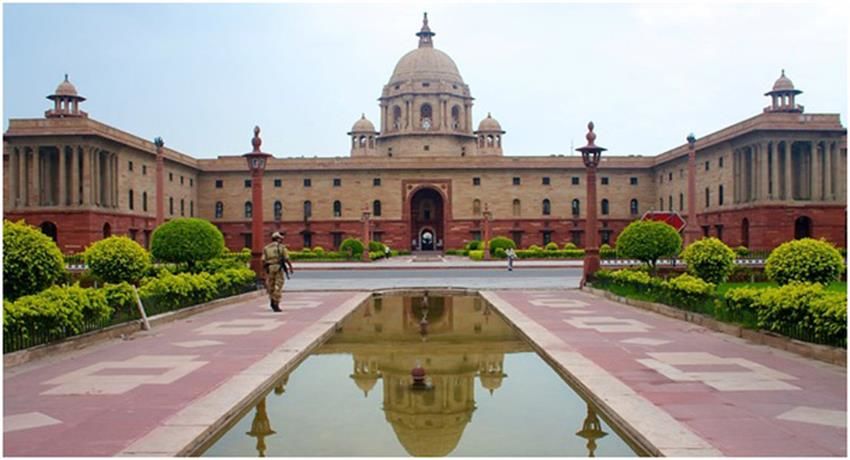 Located in Raisina hills, lies Rashtrapati Bhavan, home to the President of India. Although the Bhavan is closed to the public it the amazing building to look at, designed by Edward Lutyens. Ever visit Delhi must visit Rashtrapati Bhavan 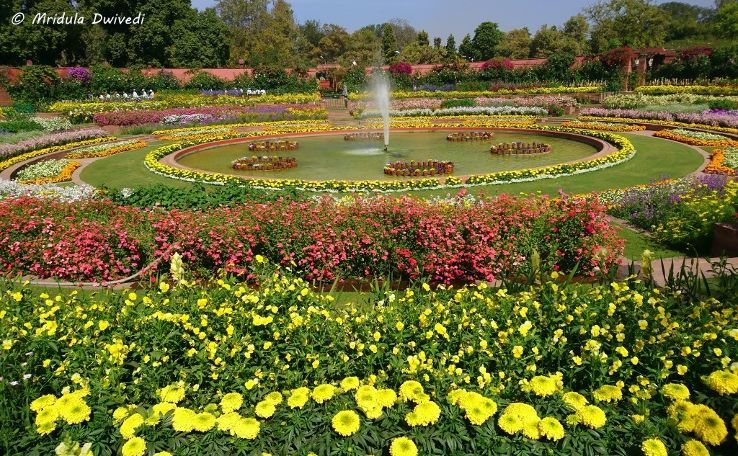 It is located inside the Rashtrapati Bhavan. Many beautiful and dazzling flowers bloom during the month of February, and during that time it is opened to the public. Watching and smelling the variety of flower will make you go hmm like a bee. 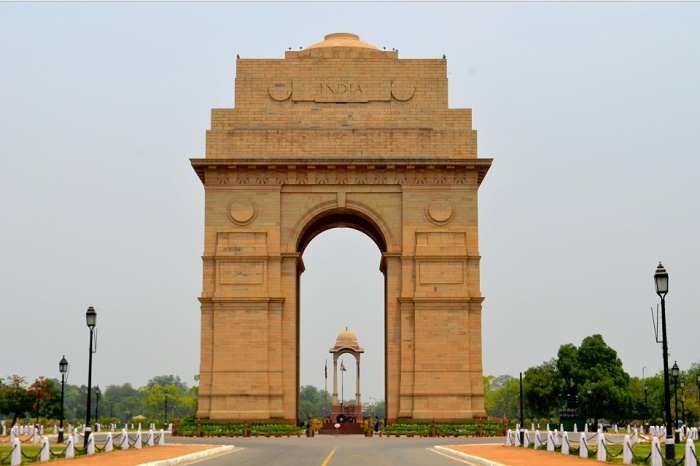 India Gate is the national monument or a war memorial which marks the bravery of soldiers during first world war(1914-1918). The India gate is surrounded by many fun activities. 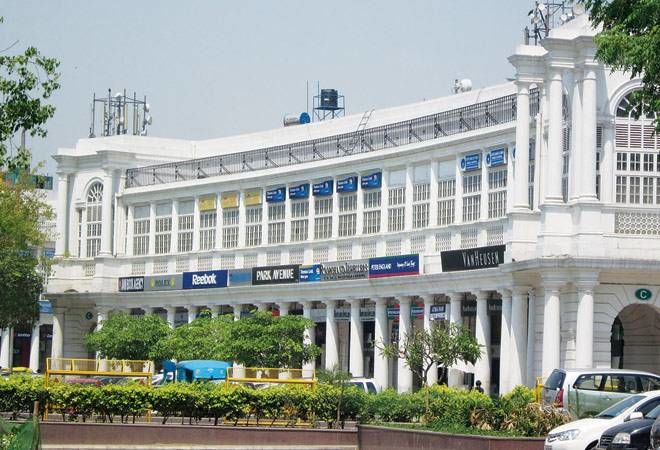 Connaught Place is a financial and business hub. It houses the headquarters to several Indian firms. this place is considered to be one of the most expensive in the world. Designed by Edward Lutyens, Outer circle and Inner circle is both filled with various kinds of shops. Chandni Chowk 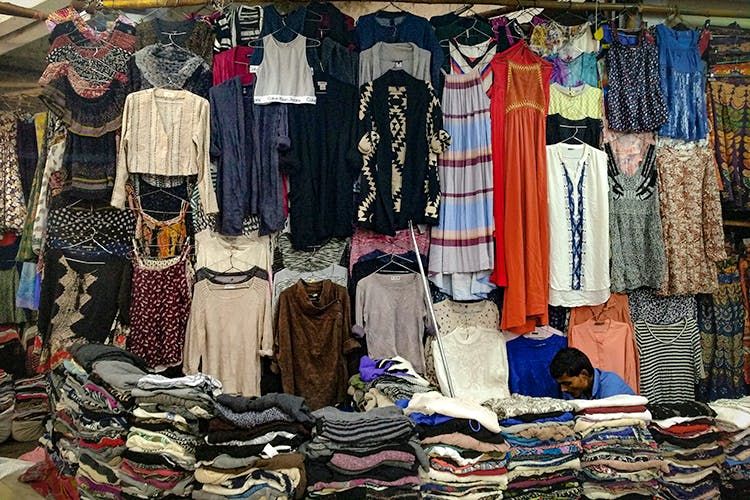 After seeing the landmarks of Delhi, you need to stop and shop, to collect souvenirs, gifts for family and friend. One of the most popular markets of the city is none other than Sarojini market itself. Most local people prefer to shop from there and you'll get branded clothes at a cheap price only in Sarojini. Tip for you never accepts the price told by the shopkeeper. Always Bargain to the fullest!! 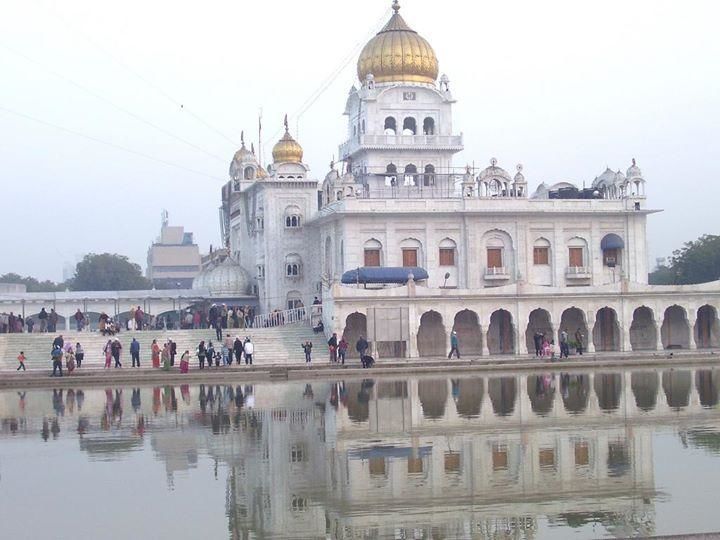 Gurudwara Bangla Sahib is the holy place for Sikhs but people of every culture and religion is welcomed there. this religious place brings peace and prosperity in the life of people. A " Sarovar "(pool) is constructed which is said to have healing properties is taken back to home by many people.

The temple displays traditional Hindu and Indian culture, spirituality, and architecture. In 2005, it was inaugurated by Dr A PJ Abdul Kalam, former president of India.