The different wars, the seven conquests and many emperors, have left the proof of their existence in different monuments, tombs and forts of Delhi.

Starting from the Red Fort, we entered a colossal gate that led us to something quite unexpected.

An array of shops stuffed with a variety of items for sale…. Inside a fort that looked so invincible from outside!

The flashback of the Emperor Bahadur Shah Zafar walking, adorned with jewelry, with a row of soldiers accompanying him while the retractable gate opened before him, all came in front of my eyes.

The fort was built strategically, with deep trenches all around it, which were once filled with water, and housed hungry crocodiles, so that no enemy could even dare to think about attacking His Highness.!

The light and sound show at the night transported me even more into the past, the history of war and bloodshed, melody and merriment, friendship and enmity came alive.

Next, we visited the famous architectural marvel namely Humayun’s Tomb. It was built more than 450 years ago and commissioned by his thirteen year old son, King Akbar. Strangely, Humayun died due to a fall from the steep steps of his library, his age being only 48 years.

The tomb is set in a large garden known as char Bagh, enclosed within 18-feet high walls.The tomb was influenced by Persian architecture, with the architect himself hailing from a Persian city.

Besides all the ruling and fighting, Humayun had a passion for astronomy and reading. He decided to build the sixth city of Delhi, namely Dinpanah, with Purana Quila being its palace-fort.

Purana Quila dates back to 5000 years, built by the Pandavas, but in its current form, it was built by Sher Shah Suri. It is believed to be the site of Indraprastha, the legendary capital of the Pandavas, built on the banks of River Yamuna.

India Gate is the reminiscent of the sacrifices made by the warriors for India’s freedom. Every name of the martyr on the wall reminds us of the hardships they faced and the struggles they went through.

The Amar Jawan Jyoti in the middle burns with the conflagration of patriotism, a reminder of how the soldiers laid down their lives for the nation.

Delving into the grandeur of the Rashtrapati bhavan, the centre of attraction of the Lutyens’ Delhi, sits majestically on the Raisina hill.It was initially built for the British viceroy in 1929.The 320-acre presidential estate includes the Mughal Gardens, and the 340-room big mansion.

We then visited an artistically built sandstone and marble mausoleum, namely Safdarjung Tomb. It was built in 1754, for the late prime minister of Mughal Empire, Safdarjung.

Delhi has innumerable markets and is a hub of street shopping.

Connaught Place! One of the favorite shopping destination in Delhi, and the fourth most expensive office destination couldn’t remain untouched from our presence. From eateries, to commercial business centers, from Cinema houses to retail markets, CP has it all.

Built in 1933, Connaught Place in its early years was the headquarters of the British colonial Empire, and was named after H.R.H Field Marshal The 1st Duke of Connaught and Strathearn.

Janpath is well known for small kiosks selling different kinds of clothes and jewelry. When China invaded Tibet, the traders from there settled here.

Chandni Chowk (moonlight square) is one of the oldest and the busiest markets of Old Delhi. It was built and established by princess Jahanara, Shah Jahan’s Daughter.

Savouring the famous parathas of the “parathe wali gali” is a must here.

Kindle the flame of the wanderlust burning inside your heart by taking a dip into the world of antiquity, a historian’s paradise, a shopper’s delight!

The victorious fort of Old Delhi, Red Fort offers the traveler to indulge in the past. It offers light and sound shows at night, both in Hindi and English. 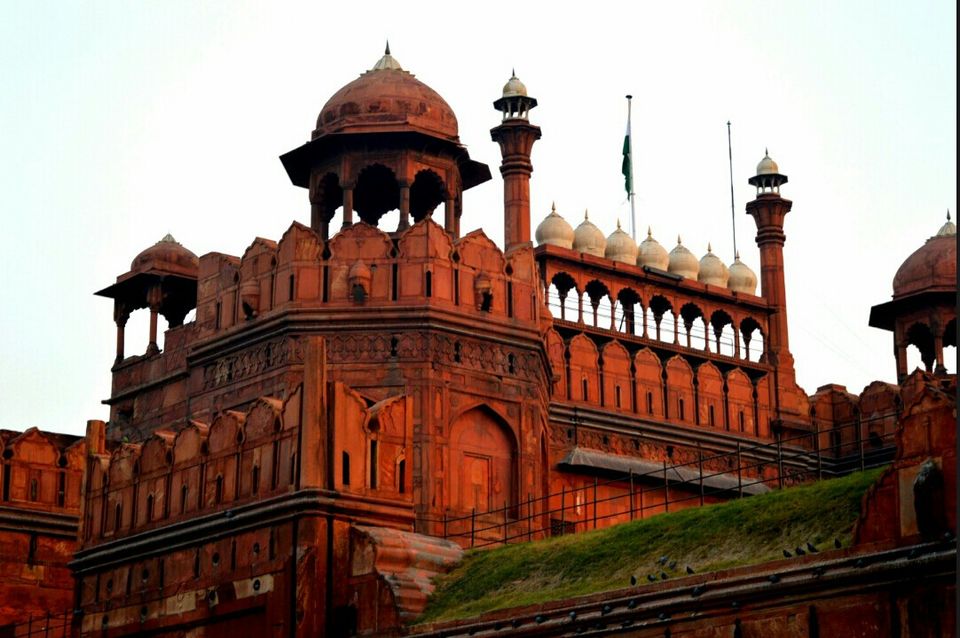 Numerous shops , several eateries, Connaught Place is a must for all those who want to shop in Delhi. 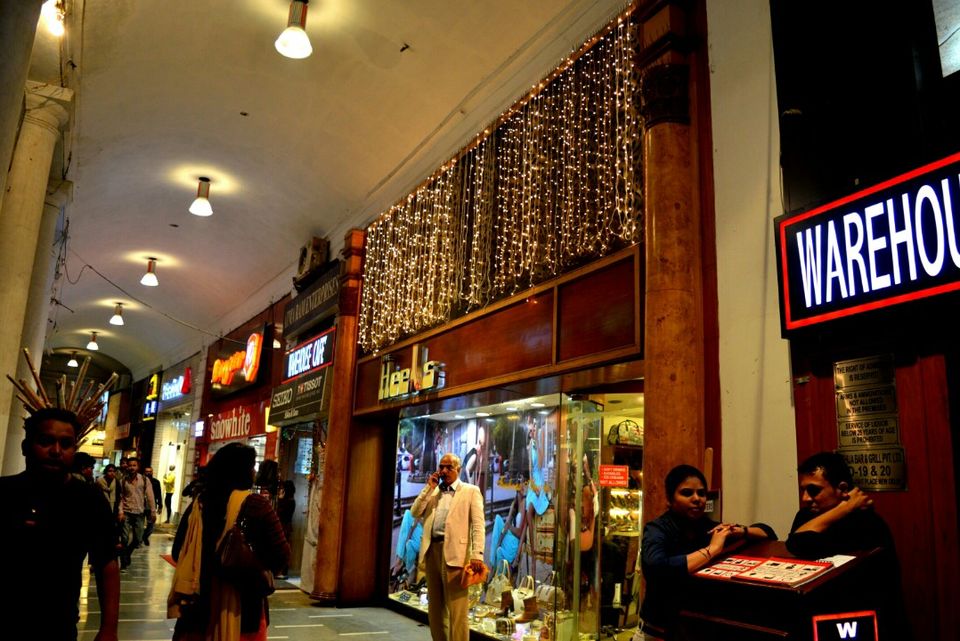 The stunning presidential estate. Near Rashtrapati Bhavan are the North and South Blocks of the Secretariat, and a Council Chamber which houses India's Parliament. 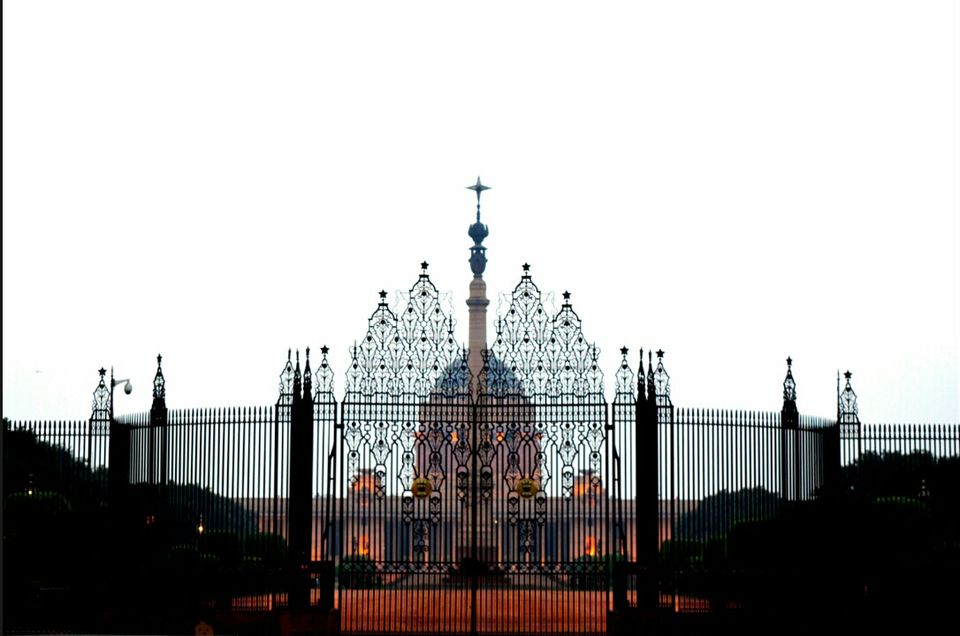 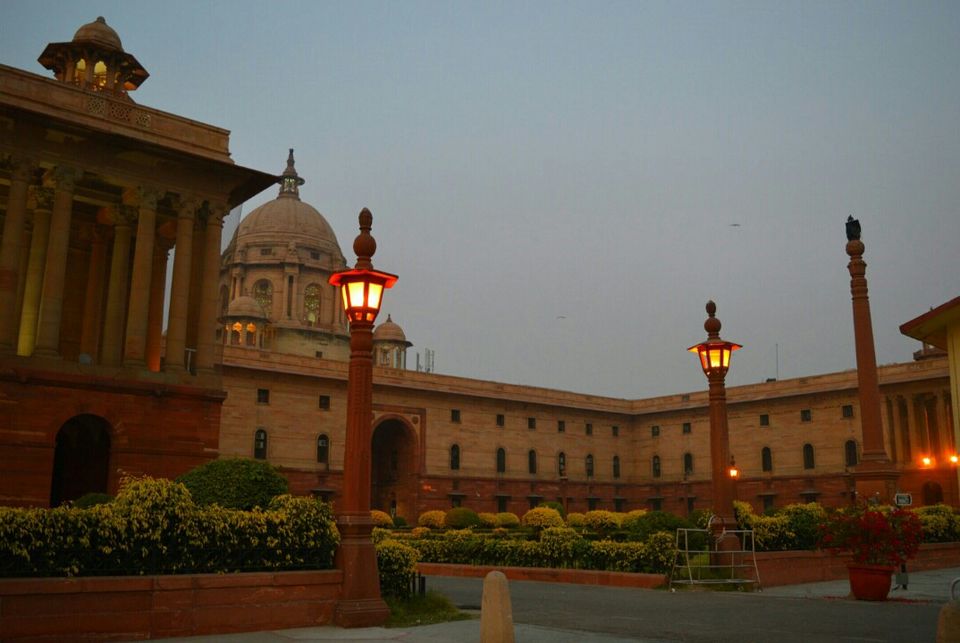 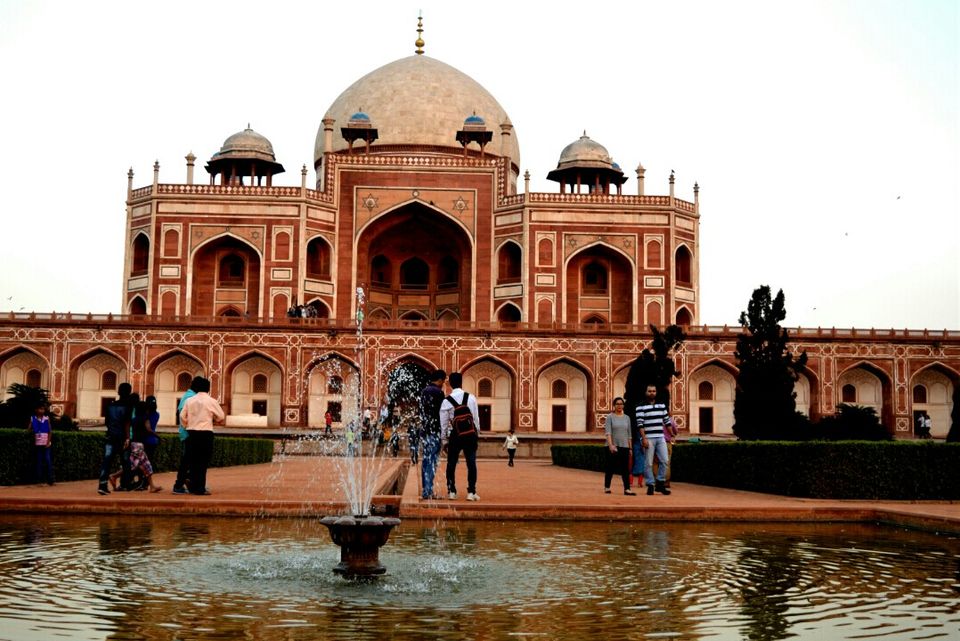 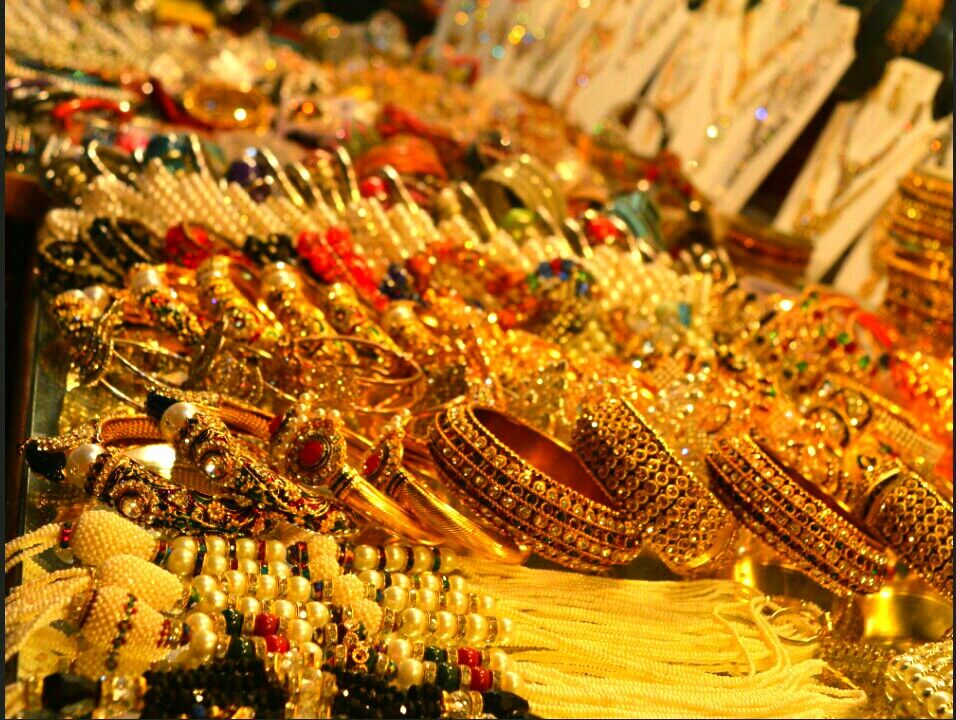 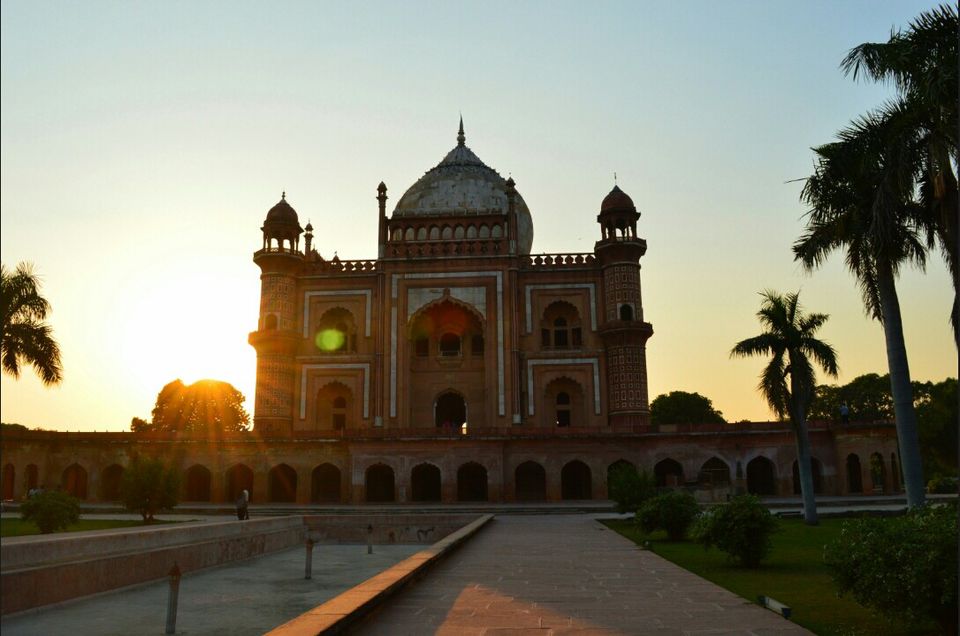 An arch memorial built in the remembrance of the legendary freedom fighters and is swarmed by hundreds of people. 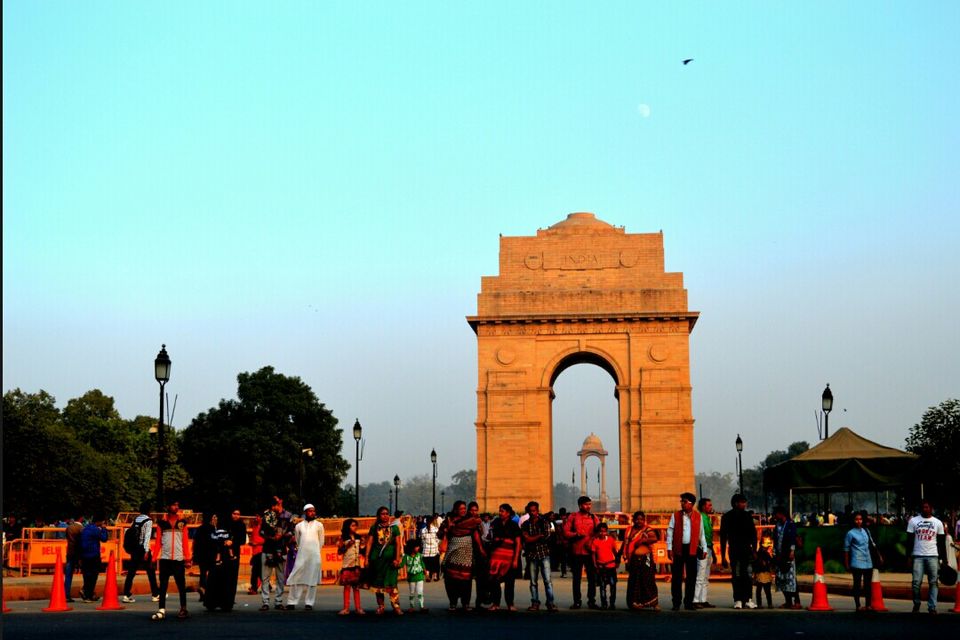 SPONSORED
Want to book a similar trip?
I accept the Terms of Use and Privacy Policy of Tripoto.
SPONSORED
Related to this article
Weekend Getaways from New delhi,Places to Visit in New delhi,Places to Stay in New delhi,Things to Do in New delhi,New delhi Travel Guide,Things to Do in India,Places to Stay in India,Places to Visit in India,India Travel Guide,
Tagged:
#New Delhi#North Delhi#Delhi#India#South Delhi#History & Architecture#day trips#city travels##History##Tombs##Monuments##Richheritage##forts##shoppingdestination##Delhi##Architecture#shopping#historical#shopping#historical