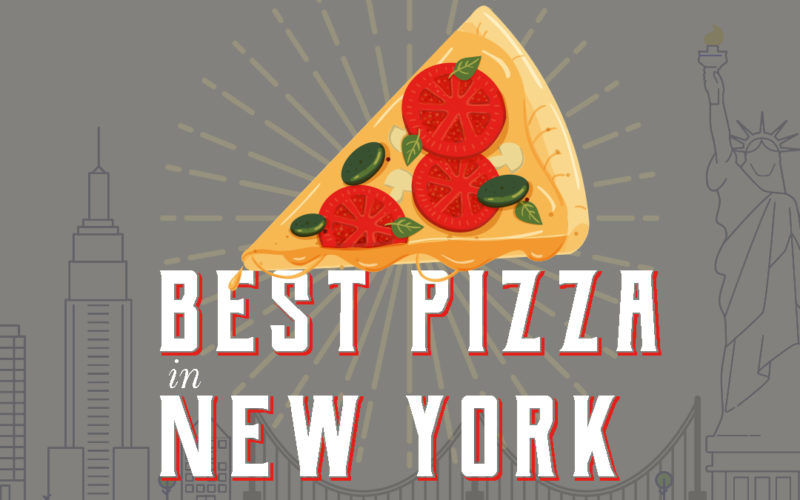 After being in a vacay hangover for over a month, I had too many thoughts I wanted to pen down and nowhere to begin. Much pondering later, best pizza in New York sounded like the best way to begin. Pizza is as much a part of the New York culture as the subway. We all grew up watching Friends, and they would all order huge pies. And hence you know New Yorkers like their pizzas huge. I was in New York for an hour before I got my first slice. Visited the iconic Friends building first of course.

It all began in Little Italy at Lower Manhattan. There is a Little Italy in the Bronx as well whose culture is closer to the OG country. Pizza might not have been invented in New York, but it is second only to the breakfast bagel. Grab a slice from your favourite, on a disposable plate with butter paper, fold it and munch on heaven slices on the go.

The place where it all began! Lombardi's is the oldest pizzeria in the big apple. In 1905, the owner Gennuardo Lombardi opened New York's very first pizzeria on Spring Street, not far from its current location. Lombardi and his employee Antonio Totonno Pero started making and selling pizzas in their grocery store. And their popularity grew like wildfire. Lombardi's stands strong in Little Italy selling Napolitana pies by the slice. But have also expanded their menu to that of a proper Italian bistro and it is buzzing on the weekends! 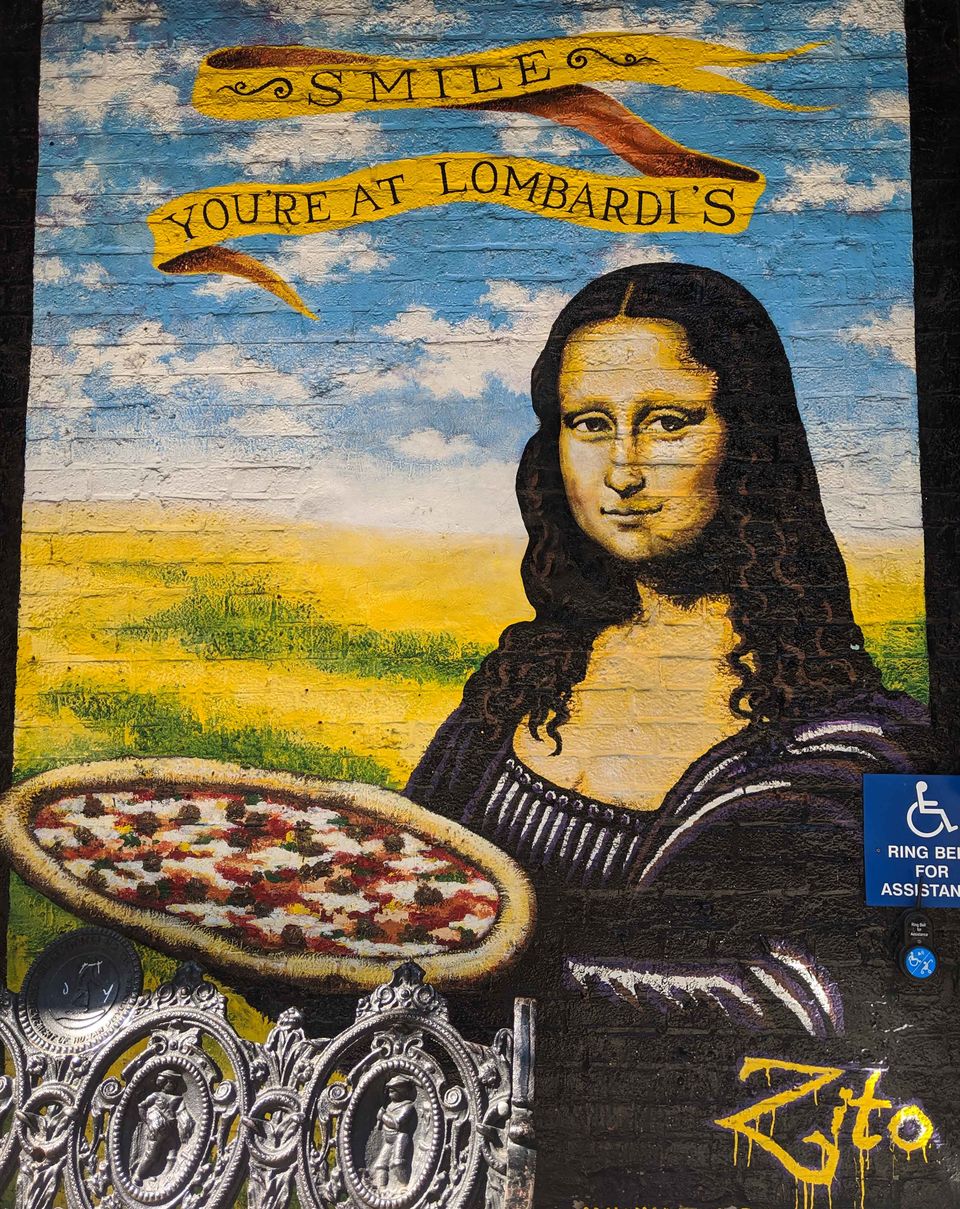 New York is incomplete without a slice from Joe's. The iconic store is a sight in West Village, they also have more stores across boroughs. The Brooklyn store, open till 4 AM and became my go-to place for hunger pangs! Joe's is supposedly just the same since the day it opened. The slices are always fresh, foldable, the cheese with a beautiful char, tomato sauce smeared perfectly. Joe's is the quintessential New York style pizza that you would find in all, and I mean all pizza lists! 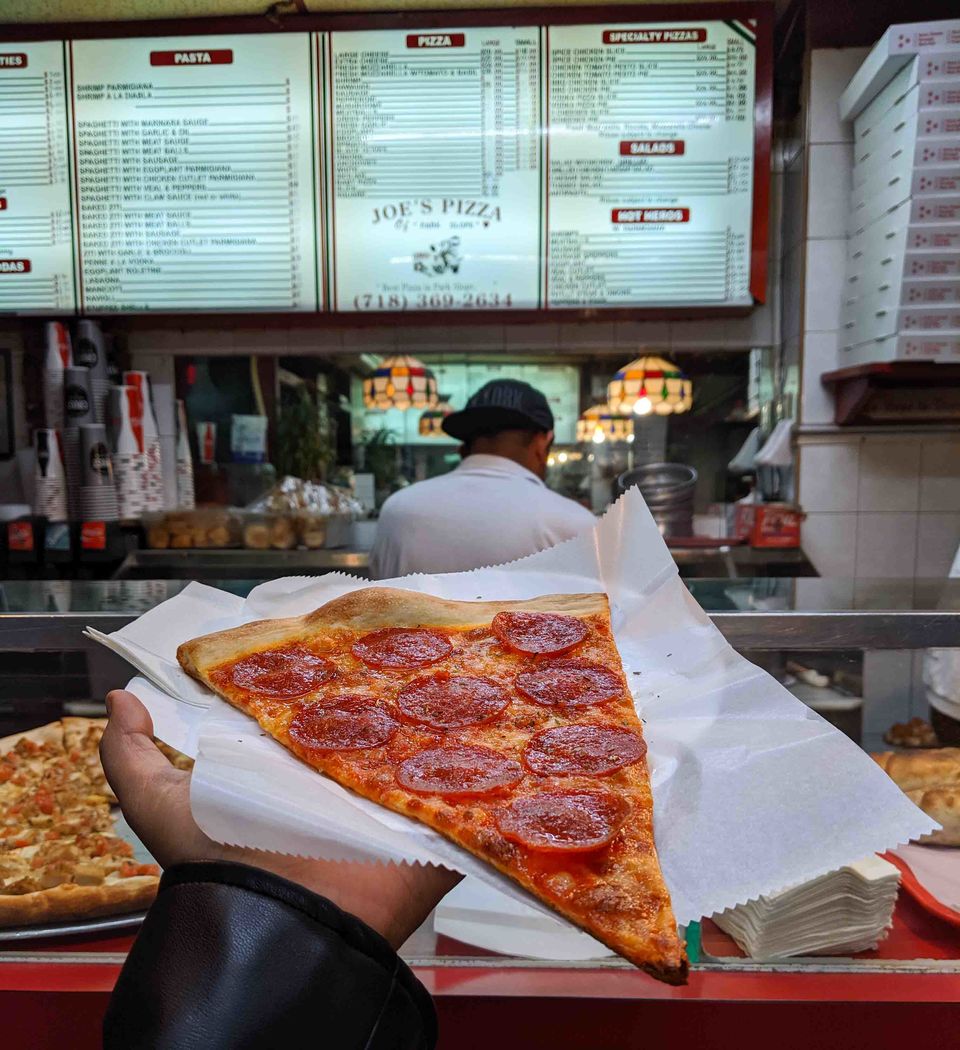 Di Fara Pizza was the BEST slice that I had in New York! The Brooklyn based pizzeria has been around since the 60s, run by Dom DeMarco. Although I haven't been to Italy (yet!) I would like to believe this is what an authentic pie would taste like. The pies are hand-rolled, with the slight stretch, slight crunch. Topped with loads of fresh cheese, home-made tomato sauce, a drizzle of olive oil, black pepper and fresh basil. This slice is nothing like any other NYC pizza, and absolutely worth the train ride! 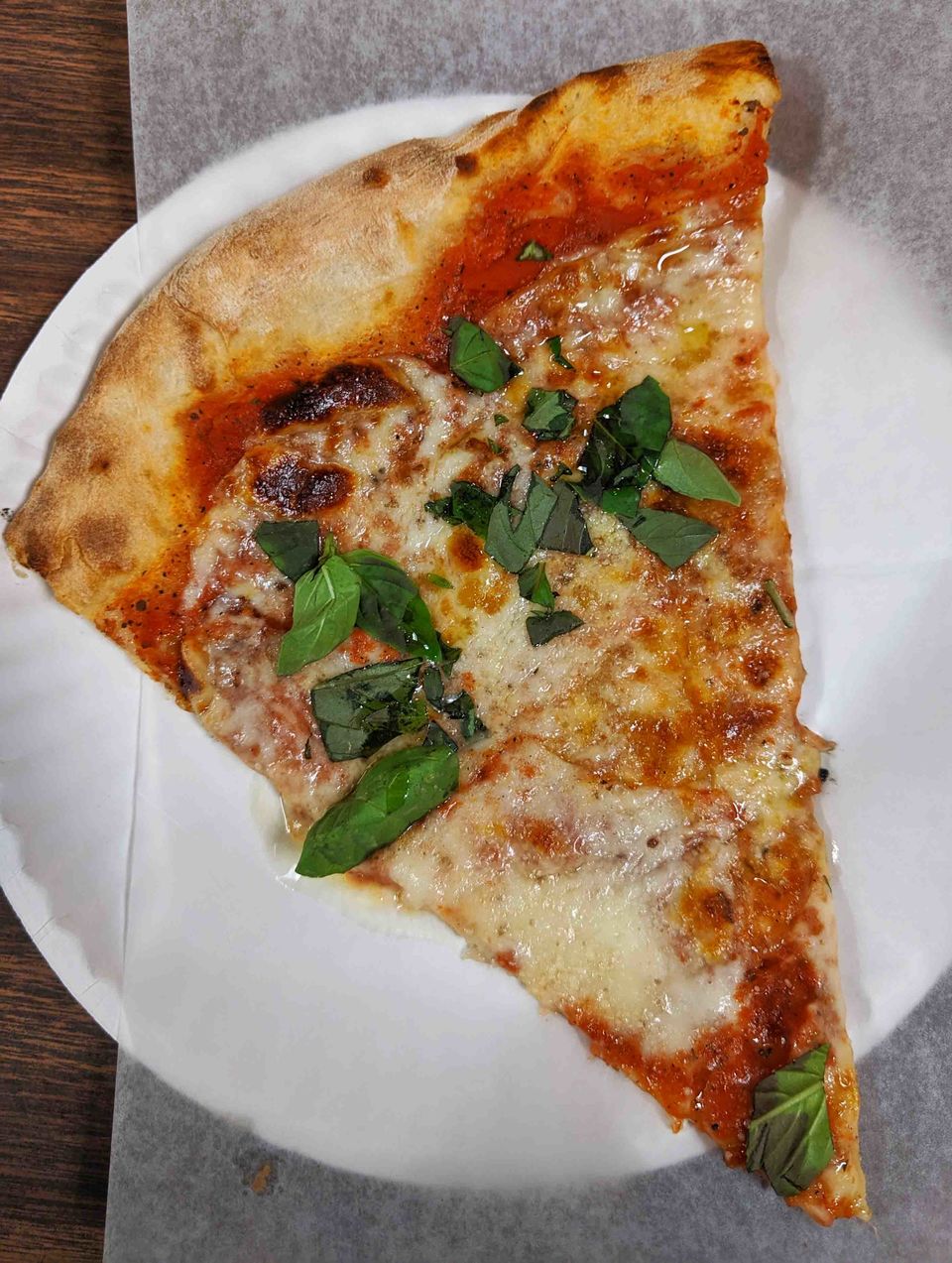 The newest one on the list, Prince Street Pizza has only been around since 2012. Walking around the picturesque Nolita and Little Italy or want a bite after drinks? The square slice is topped with crispy pepperoni, messy tomato sauce and stretch mozzarella on a doughy, crispy Sicilian style pizza. The slightly cup-shaped pepperoni topped slice is the most famous at Prince Street and for good reason. The meatiness and dough work together perfectly, fresh mozzarella and chunky tomato sauce complement the slice completely and it is all over the 'gram! They usually have a queue, I visited post-dinner and was lucky to find none for the Spicy Spring slice.

I am all for crazy kinds of Pizza slices, {even did a crazy pizza list in New Delhi, check this out} Pizza is made its own and adopted by cities in no time. However, the places that go an extra notch and do a rather crazy crust. Dekalb Market Hall, close to Brooklyn Heights is a really cool underground Food Market, much like a smaller version of Chelsea Market. Forcella does fried pizza! Beat that. The dough is hand-stretched, fried for 2 minutes and then topped with fresh cheese, your favourite toppings and baked in a stone brick oven. The pizza is sprinkled with a hearty helping of Parmesan cheese. The fried dough tastes a bit like a bhatura and looks like a Napolitana pie. The crust is crunchy and yet airy on the bottom. Quite an interesting visit! 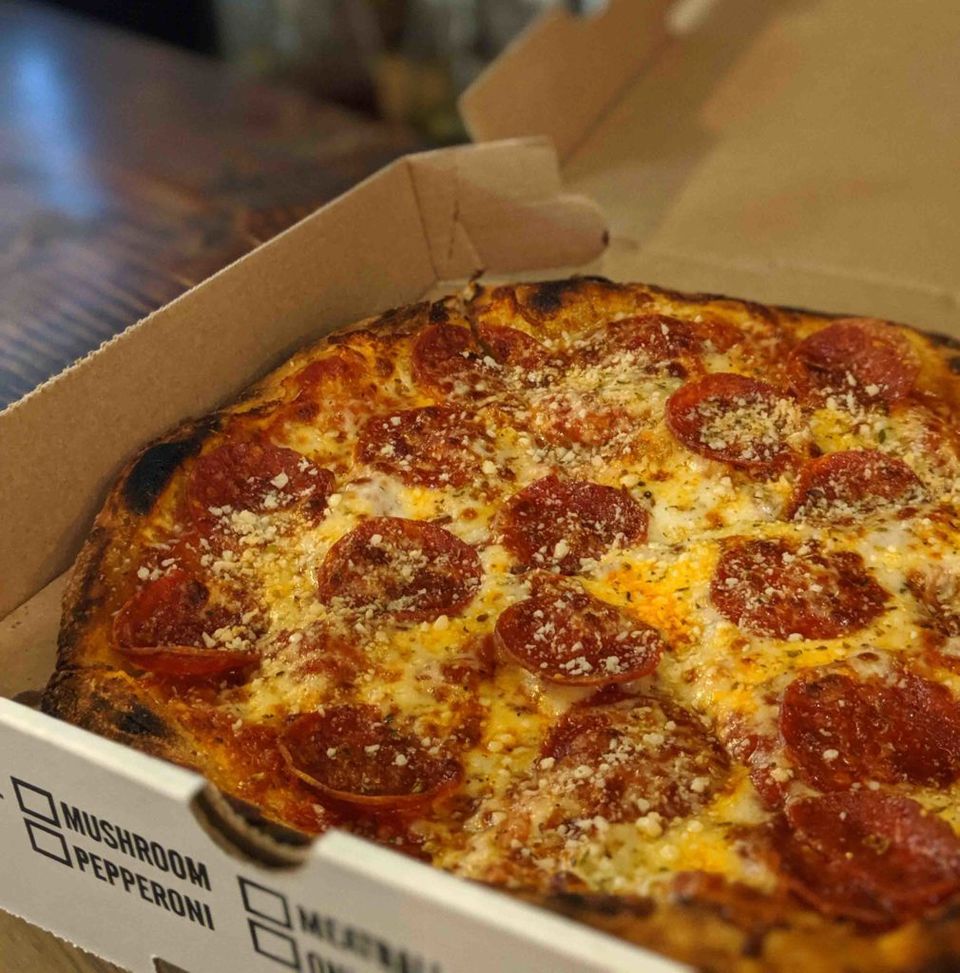 I did most of my NY research on John Barr's Youtube channel, the opinions were honest, and being a native New Yorker, he had the best local guides and advice. I came across Bleeker Street Pizza as John swears by the Nonna Maria Slice. This also happened to be my first slice in the city. A toasted crispy crust, chunky fresh tomato sauce, creamy buffalo mozzarella and lots of basil. Definitely the best sauce, I enjoyed it in Washington Square Park with the view! 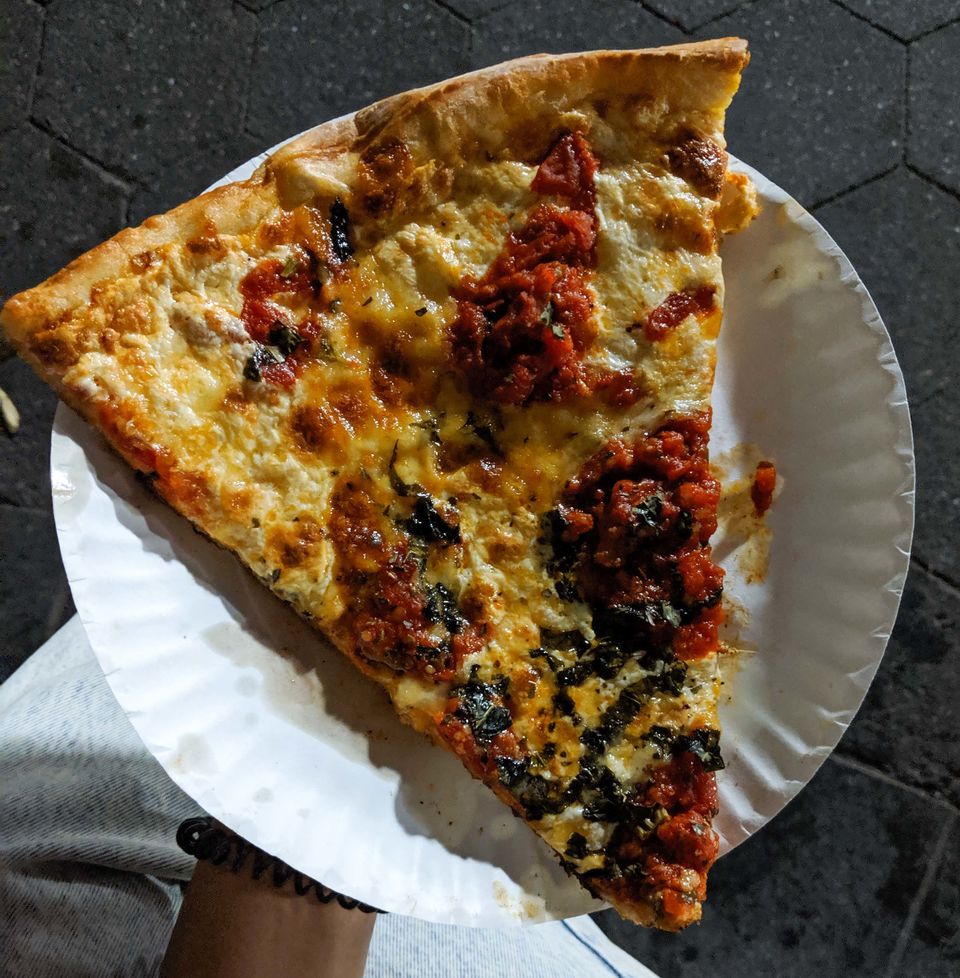 Walked to Chelsea Market on the High Line - the boutique fashion and gourmet food hall is a must-visit in NYC. They also host a bunch of super cool events - food, lifestyle and music. From Los Tacos to Big Mozz (an outlet dedicated solely to fresh mozzarella) the options at Chelsea Market are innumerable. Stopped by here for some Sicilian pies at Filaga Pizzeria. Square slices of pizza, topped with the freshest ingredients - I tried one with fresh rocket, parma ham, cherry tomatoes and parmesan. 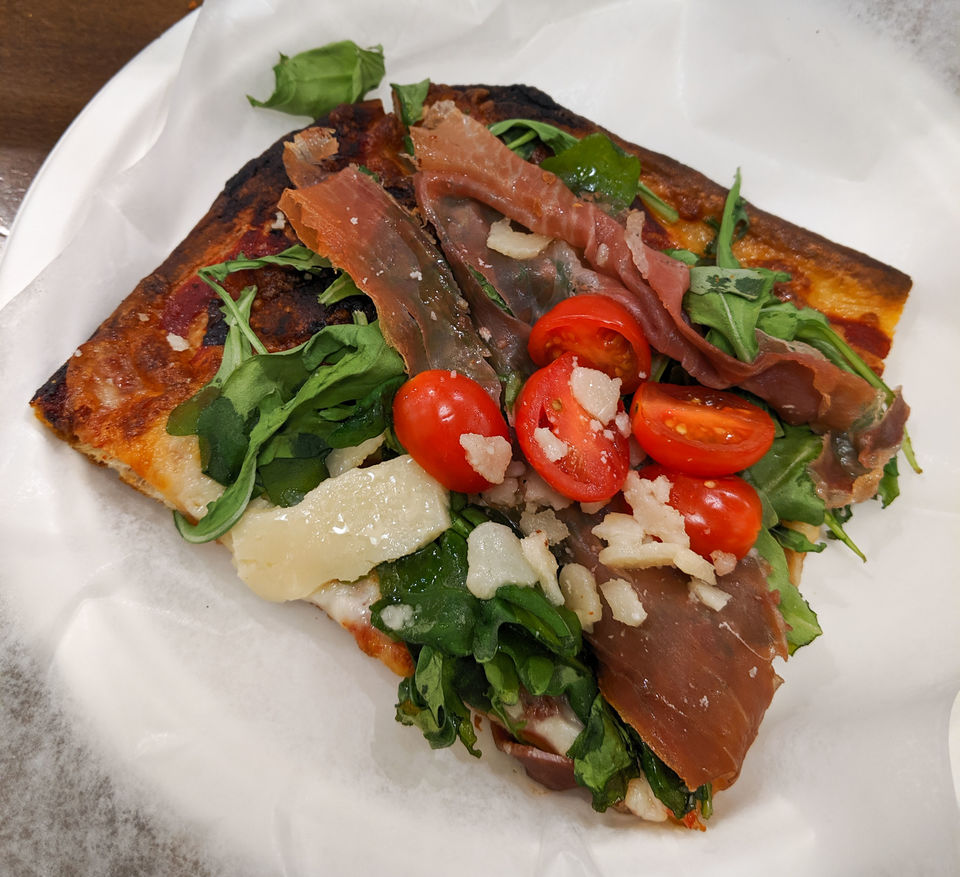 You can debate that the best pizza in New York is Lucali and not on the list. To be honest, I heard excellent things about the famed pizzeria and I really wanted to visit. But I was on a tight schedule and waiting 2 hours in a queue, just did not fit in. So I agree with you on Lucali, and I will go back to try it one day, soon-ish!