Vattakanal, Poombarai and towards infinity

In your head. Magic. 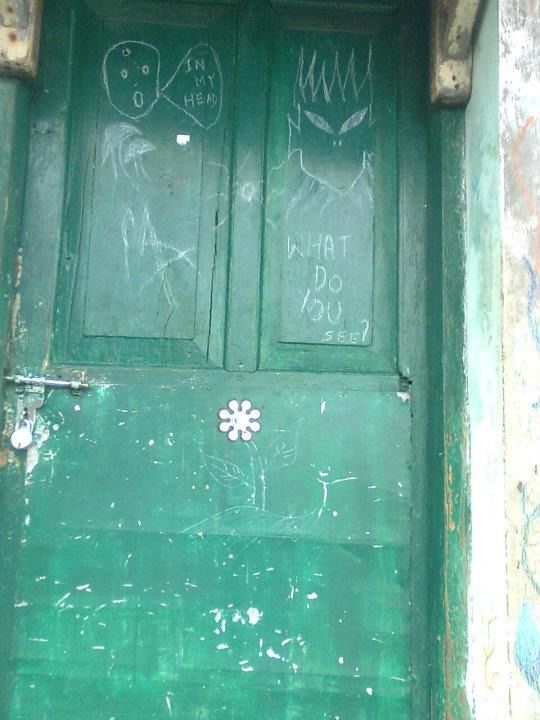 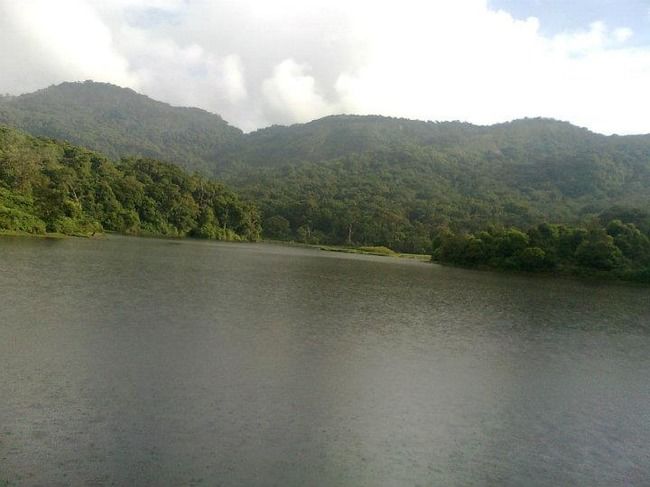 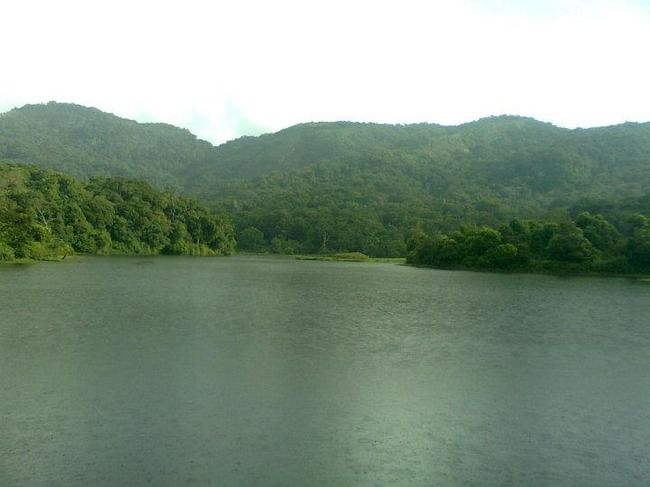 The fog and the flowers 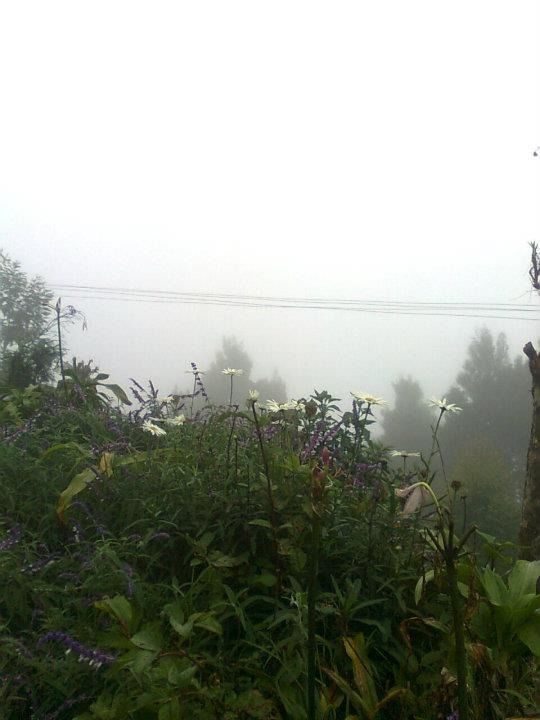 We were searching for cottages at Vattakanal. But most were too expensive for us. We were looking for something for around INR 300. Then almost suddenly we meet this guy called Nirmal. Dressed in leather jacket and boots; he takes us to a cottage where he and his friends were staying. The lady of the house rented us the next room for INR 350.

Nirmal was unstoppable. He talked non-stop and he talked to everybody. He could speak Tamil and that made things noticeably easier for us but also evidently longer. You never did know what he meant when he said something. His instructions were often self-contradictory. I had doubts to if he himself knew what he was up to. He was reliable but we held on to our nerves. He often changed plans. And he often forgot to inform us. But he did deliver on everything he promised. He was so outrageously funny and unstoppable that in the next 20 hours we often speculated that he was already on magic mushrooms. The level of energy he could dispel around was infectious.

It had started raining the day before at Kodaikanal. And the clouds were peeping inside the doors. It was about 10: 30 but Nirmal and his friends Sumant and Aaron egged us not to waste time. "Let's not waste the daylight, Macha", Nirmal kept repeating. After a joint we stepped out. I carried my backpack while other kept their luggage in the cottage.

By the time we came out of the cottage and went near the shops, Aaron had vanished. We went towards the Dolphin Nose. But we had lost Aaron. There was no cellphone network. Nirmal kept talking to everyone he met and we, linguistically inferior creatures ended up just waiting for the nth time for Nirmal to finish his plethora of conversations. We left Aaron behind and moved on.

Nirmal and Sumant leave for Kodai on their bike and we four hire a taxi. We almost lose them but finally we get down near the Kodai lake and walk towards the bus stop. We wait for a long time for the local bus. We were waiting for the blue bus. We were going to Poombarai. Poombarai is a village located in the heart of Palani Hills in the Western Ghats. It is 18 killometres from Kodaikanal.

We four got on the bus and none of us knew Tamil. The conductor charges us 10 bucks each. Everyone else in the bus were local villagers. The bus went on with a neck-breaking speed through the twists and turns of the mountains. I could barely hold on to the railings of the bus seats. The bus enters the Pine forests. Huge thick Pine trees surround us. Everywhere i could see, i saw lines and lines of Pine forest. It appeared that everyone in the bus knew everyone else. All of a sudden all the women in the bus would start talking. It was as if i was lost in a huge birds nest. Through the winding and turning paths of the forest, we finally reached Poombarai. It takes us 2 hours. We meet Nirmal and Sumant there. We sit outside a temple and eat egg pakoras.

Nirmal tells us that going to Pundi is not possible so we must go on to another village. He meets a village elder and jumps into a long animated conversation. The rest of us just pretend to look interested. We keep waiting for some bus to take us to this next village. The village elder takes us to a local view point from where we witness the surrounding mountain ranges. The whole of Palani Hills seemed to greet us. The hills were cut into steps for farming. We stood on the edge and smoked a joint with the village elder. The mist of the air filled our lungs. We stood in awe looking at the clouds play with the tress and if the hills were on fire.

It was 2:30 and my plans of catching my bus to Bangalore seemed very bleak. We climb back down to the village center. We walk to the booze shop and buy "Honey Dew" brandy. This was for the night. Nirmal had talked to some guy and the guy agreed to give us a lift to about a kilometer from the other village in his goods jeep. I got on with Sumant on his bike. Nirmal and others got on the back of the jeep. We crossed through lines of Eucalyptus. We crossed broken down roads and few paths so steep that i had to get off the bike. The jeep followed us. We would stop at the T-points and smoke cigarettes. We would wander into the forests. Every spot seemed like a magic place. After an hour of travelling, the jeep dropped them off and went into the forest.

Then they had to trek. I too got down off the bike and trekked for a while. But Sumant got bored of riding alone so again i was on bike. We made a stop on a small bridge over a stream. It was raining really hard. We all were soaked. We stood under a bent crooked tree and smoked a chillum. After 45 minutes we took the final turn and came face to face with the most awe inspiring lake. It stretched out as far as i could see. The water was so pure and everything around it was peaceful. We crossed the banks and sat on the concrete divider and smoked. The soft sunlight glimmers from the lake. A steep winding path leads from the lake to the village hamlet. We walk towards the village in total silence.We are greeted by village kids like rockstars with lines of stretched out hands. "Welcome to our village", they kept repeating. The evening fell soon. We were looking for a place to stay. One local invited us to use a potato shed on the hill steep. Not anticipating the night, we agreed and went in search of fire wood. An old women chided us for being so careless. She lets us stay at the government shed. She gets us Eucalyptus bark for firewood. We light the fire. Sumant and I go to the only local bar. It is a small room and people sit around drinking. We drank few pegs and packed 'sapar' from the only kitchen and went back to out camp. I keep drinking and sitting near the fire. The wind rises and crashed against the tin shed. Everyone is shivering in the room. I open my bag and share my clothes with everyone. Nirmal is shivering and quiet. We all fall asleep. In the morning Nirmal and Sumant go in search of Mushrooms . Realising i have very less time to catch the bus from Kodai, I rush to the lake (which is also the bus stop) and catch the direct bus to Kodai.

Kodaikanal in Tamil means "Gift of the forest". Most buses leave from Bangalore at 9 in the night and reaches Kodaikanal at 9 in the morning. It's a 12 hours journey. I reach Kalasipalayam and get the boarding pass from the office. i buy biscuits and water from the shop outside. I buy a couple of banana from the shop where they were hanging from the ceiling (common in Bangalore).

It starts raining as the bus leaves. The image on the glass window gets flooded with water. We pass by BBMP sanctioned street art on Lalbagh walls. Slowly the city lights dim and i fall asleep looking at the vanishing concrete buildings. I wake up when the bus stops for Chai. I light up a cigarette for the night.

The non- AC buses are very comfortable and the bus conductors are quite friendly (the driver even smoked up). The morning comes as a wonderful surprise with the twist and turns of the mountain roads. Friendly looking locals washing clothes in the streams of water flowing down the mountain sides. It seems we were going all the way up. I was finally there. The princess of all hill stations. It was 9:30 in the morning when we reached Hotel Shivapriya (the drop off point).

The bus finally stops at Shivapriya hotel (final stop for Sharma Travels) which is on the Convent Road and I disembark.

I meet three guys from Bangalore, who were in the same bus and decide to tag along with them for a while. They were planning to find some cheap room for the next five days while I had a bus to catch the same evening back to Bangalore. I had done a bit of research regarding the place so I suggested that we go to Vattakanal(about 3 kilometres from the main bus stop). we walk down (from the Convent Road), cross the road bridge on the left, take a right from the t- point and towards Croakers Walk. After some discussion we decided to take a cab rather than trek the way to Vattakanal. It cost us 150 bucks for the four of us.

The trekking path would be: