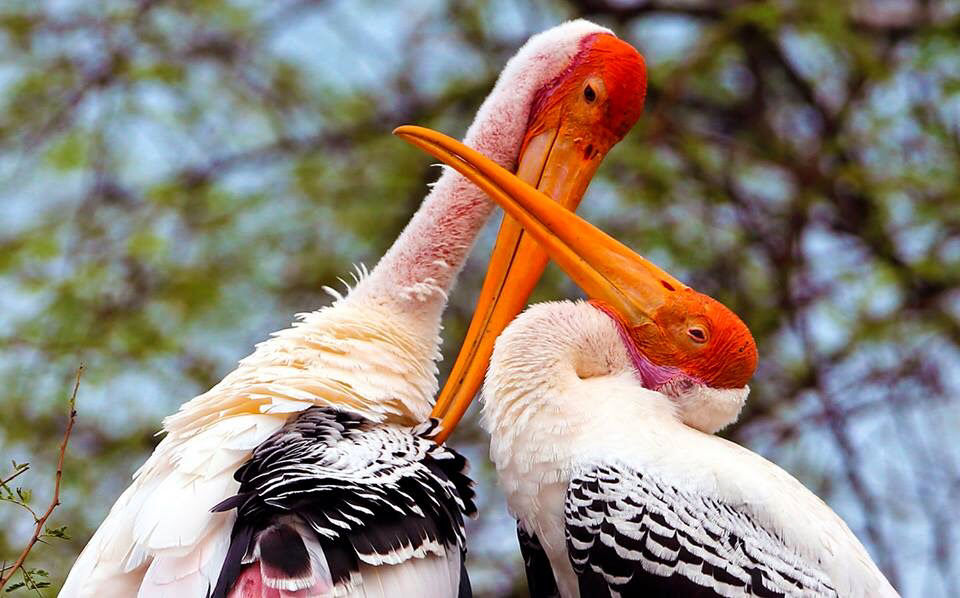 "Keoladeo welcomes trans-siberian birds," reads one of the columns of TOI, while I was leafing through it hurriedly, unlike tea which I was slurping for quite sometime. I zoomed in, and read the last few lines which stated "It is high time you visited this place." A part of my mind was already milling around;the other part was busy charting out the itinerary. I phoned my troupe and asked them to accompany me. And they always do. Willingly, Yes.

We preferred NH 11 to train.A car packed to rafters, we counted six in number.Dusk was still hours away. Within an hour, it [the car] had shaken free of the city's clotted tunnels, jammed overpasses and coded graffiti. We were barreling straight into a lurid sunset that endowed everything with the candied luster of fresh point. The beauty of which never fails to amaze us. Five friends and I hadn't chosen this route by happenstance. We passed farms, villages and urban sprawl , the kinds of vistas that usually lull you to sleep. Though, an occasional nudging kept me wide awake.

It took us 3 hours [would have taken less than that had our driver driven at speed we were screaming behind constantly ] to reach our hotel.

TUCKED INTO A COSY SLEEP :

We were too exhausted to take stock of the preparation the hotel had arranged. All we cared for was a room and aftermath dinner.The plan was to make it to "Keoladeo National Park", just a stone's throw away from here, before 9 am. We resolved to get up early and not linger over breakfast, lest we run out of daylight. The night was getting younger and cooler as the sand quickly loses its heat as compared to land. let's not wobble our mind into too much science. Nighty-night.

The arms of clock joined together at 8,followed by the uninterrupted ringing of one too many phones.By the time we had finished our breakfast, the clock read 9 that left us high and dry.Lo and behold, huffing and puffing, we reached there , and heaved a sigh of relief.

The morning air was crisp. As we made our way to the entrance, a badelynge of ducks, walking in tandem, were loitering hither and thither in search of something I could not know of. Each one of us hired a cycle [Take one only if you are good in paddling, otherwise you will be left to fend for yourself], and made sure that cycles were in good health. What lied beyond us was a long, at times bumpy stretch to tread on and explore.

We paddled for few metres in unison, then branched out on our own. Strewed with dry leaves, the road bore a look of "Boulevard", its beauty further amplified by the presence of the sun overhead. The route was essentially a tour of myriad species of birds the park harbours, in addition to hundreds of thousands of other species of flora and fauna. It would not be exaggerating to say that the park is home to 366 bird species, 379 floral species,50 species of fish, 13 species of snake, 5 species of lizards, and turtle of course.

Few kms into the road, I saw a perceptible shift in the path. It went from beautified bike path to hardscrabble one. There is every chance you would fall off the trail unless you command cool and brake. I veered off once too. Occasionally, the path meandered toward where I chanced upon a herd of antelopes, which was grazing on green pasture. watchful and attentive they stood.

Venturing into the oblivion, I watched a handful of ornithologists[as every one deemed them to be] capturing, and clicking. There was a pin drop silence as if a pall of gloom had descended upon. And rightly so as the birds react to the slightest of sound created. On requesting, one of them invited me to his lens to gaze at a beautiful woodpecker sitting atop a branch. They call it "Picidae"

On my way, I happened to meet a group of middle-aged cyclists waving wildly at passing fellows, attracted pity, ultimately assistance.I was tired in bone, tired in mind, but heart was brimming with energy.

It was only after the sun took a flight to the dusk did we all meet. We stopped for photos and self-congratulations.

"The Dense foliage in the jungle" 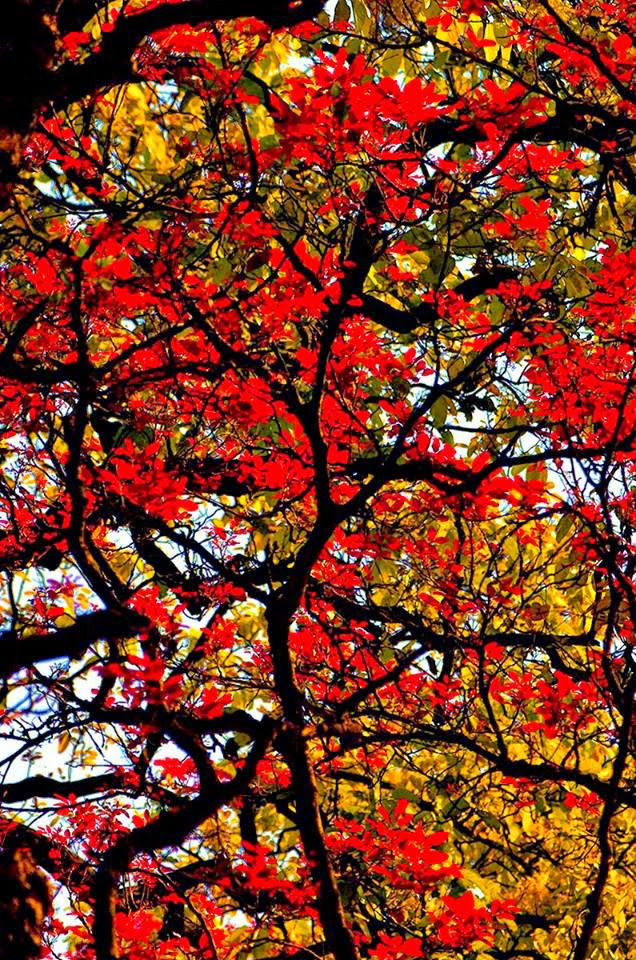 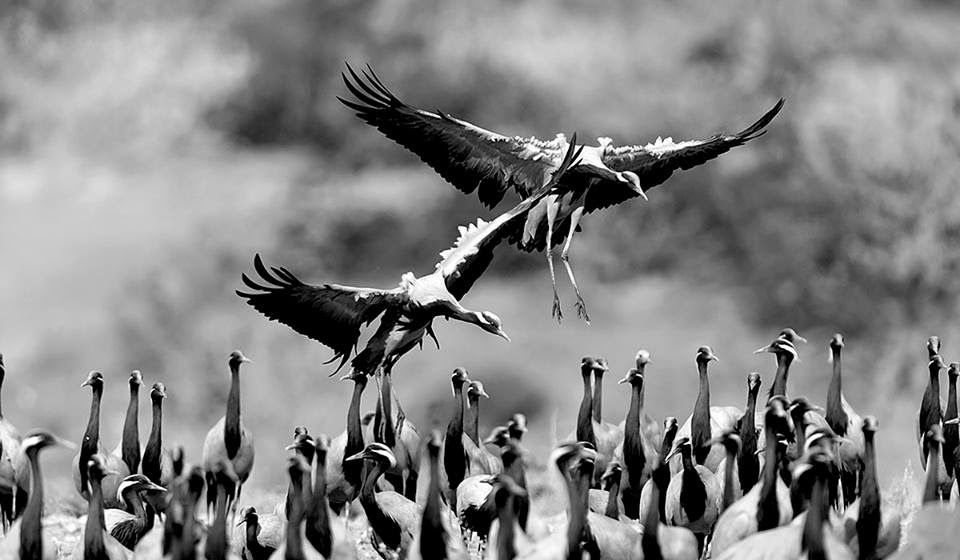 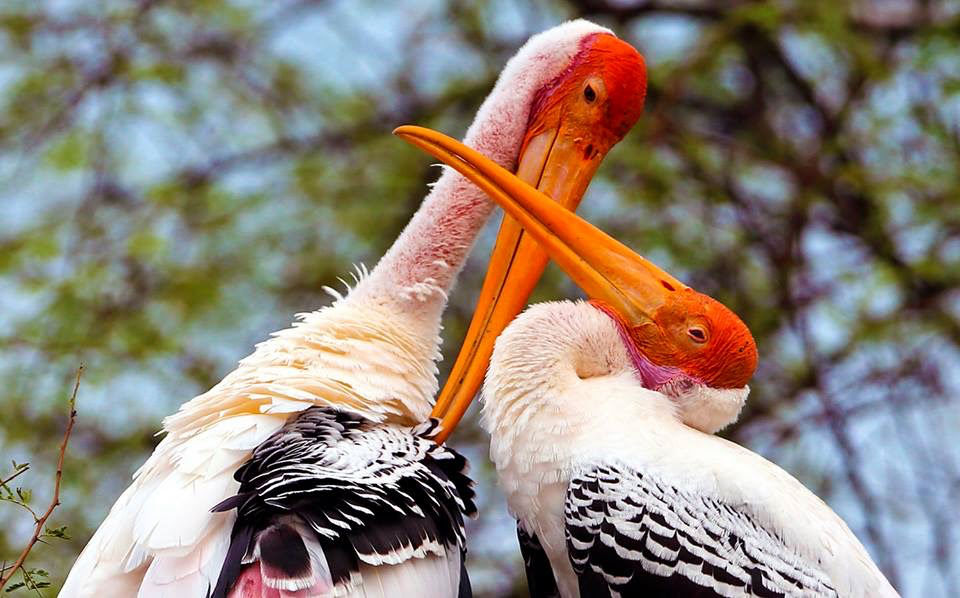