Inside the Bharatpur Bird Sanctuary

Recently, I went for a weekend trip with my friends to “City of Birds” or “Eastern Gateway of Rajasthan” i.e. Bharatpur. Bharatpur is an average Indian small town which is still at bay from the mall culture akin to metros and resembles the picture of India beyond some glamorous city.

Since, I was travelling after a long time in Roadways bus, the ride was little uncomfortable and a bumpy one for me. The heat continuously lashed my face from the broken window of the bus and it reminded me of my college days when I travelled in roadways bus to save money. I reached the Bharatpur Bus Terminal at around 3 pm and view was typical to many small cities in the country. 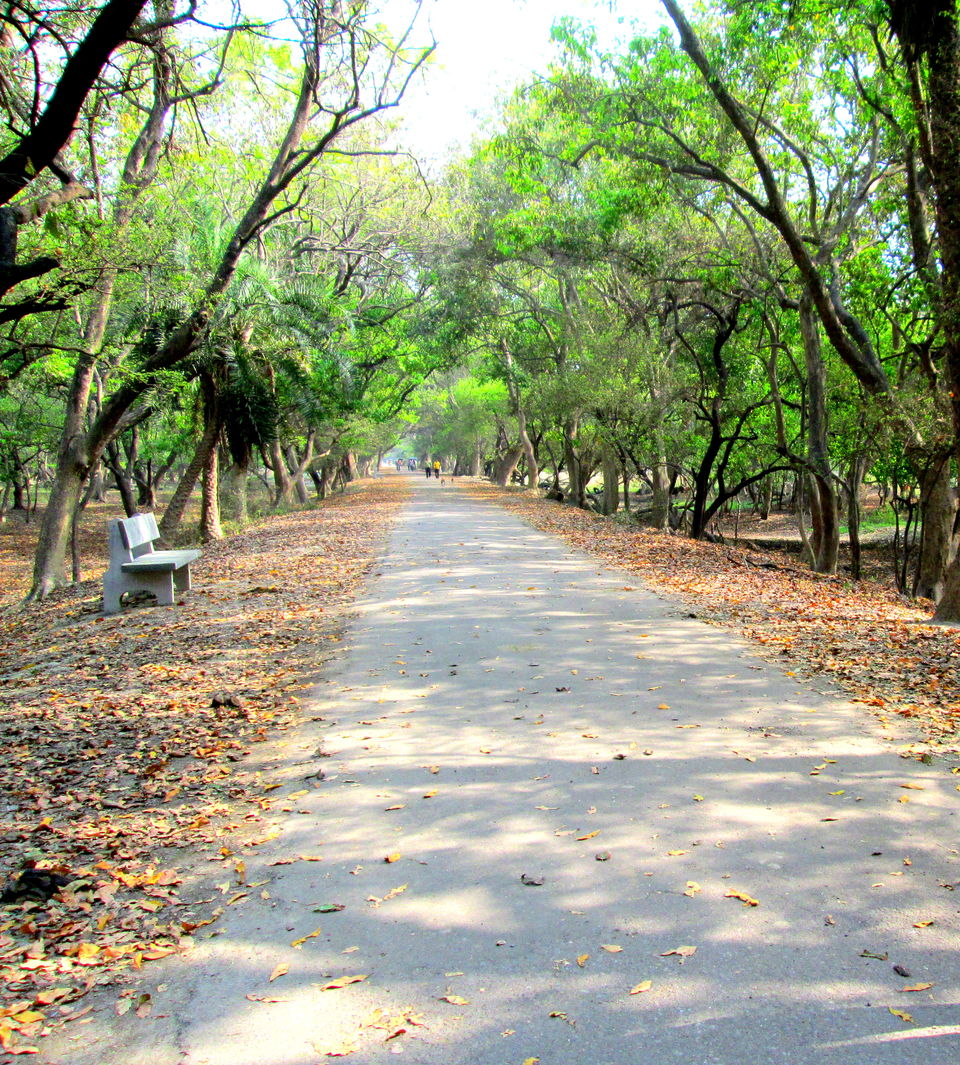 After wandering for a while, I found a residence decent enough to not blow my pocket. The next day early morning, I along with my friends visited some old temples and forts which are often missed by other travellers and later on feasted ourselves on delicious kachooris served with a tangy curry. In the evening, we set out on nature trail in the famous World Heritage Site-“Keolado National Park” which was earlier called Bharatpur Bird Sanctuary.

The park which now attracts scores of photographers, tourists and ornithologist from all across the globe was once a hunting ground for the kings and other royal people. We reached the entrance of the national park which proudly displayed its new name along with the map of the park. 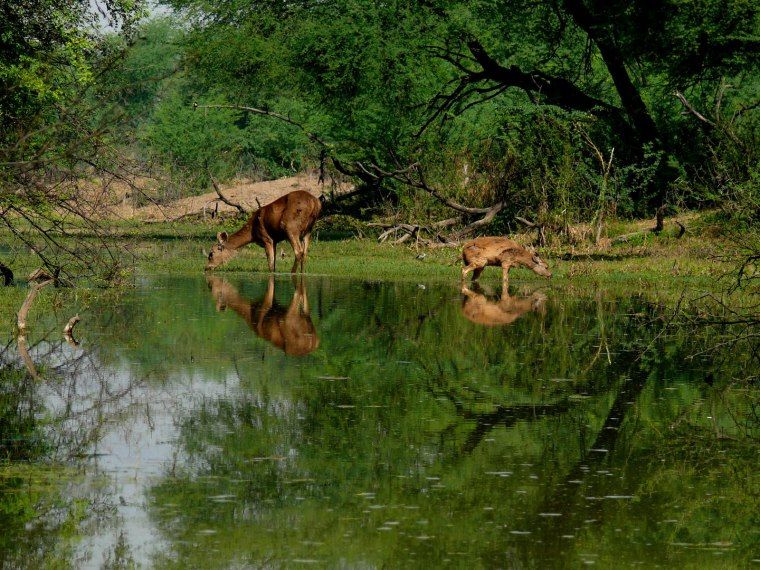 One of my friends asked some of travellers for their feedback and there was mixed opinion. Now came the transportation part- I wanted an option which was cheap and at the same time does not bind us in some time bound restrictions. While, I looked the tariff board for appropriate option, I saw some travellers hopping down from the bicycle. I looked at my friends and all of us agreed to this option.

We hired the bicycles and were all set for the trail into nature’s lap. We were armed with our pity smart phones cameras (compared to the big DSLR with heavy lens). I knew we will not be able to great pictures of vivid varieties of species in the park, but, I guess nobody cared for those pictures. It was a small reunion of old friends and the only thing we desired at that moment was each other company. 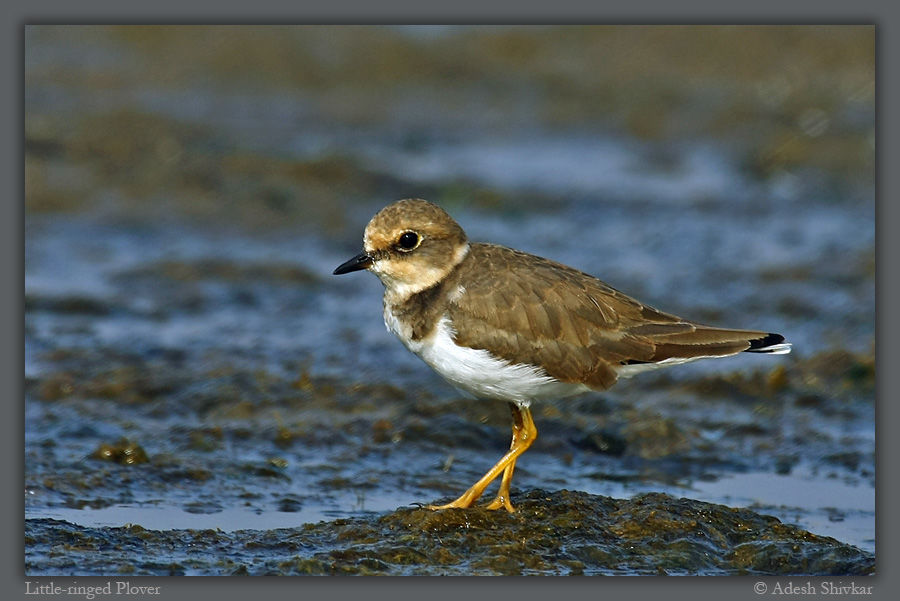 All of us hopped on our “Hero Jet Bicycles” and posed for group click. Since, it was long time riding bicycle, all of us took time to adjust as our bodies were not as flexible like old times, but soon it was all smooth. We strolled into the roads which took us deeper into the park.

As I strolled deeper into the park, the calm and soothing atmosphere relaxed my soul. I was away from hustle bustle for city after a long time and I quite enjoyed this retreat. Riding on road, we reached a place with shisham trees on both side. The sunrays struggled to reach us through the thick cover of trees and air was cool. The road and surrounding area was dressed in pale yellow colours of dry leaves with some peacocks here and there. We stopped our bicycles for some time and enjoyed the relaxing atmosphere. 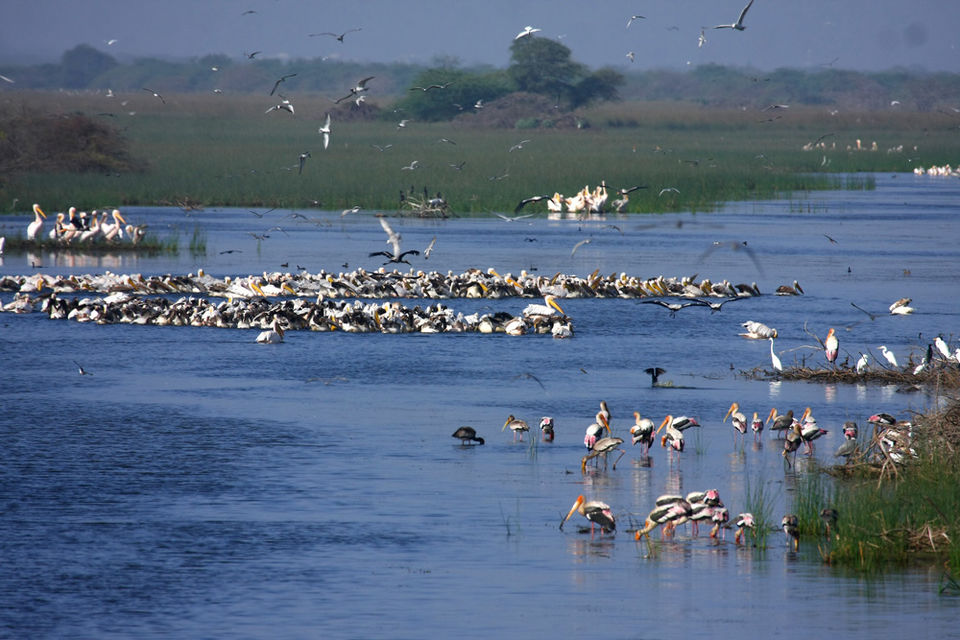 After some time, we continued our trail and soon wetlands began to appear. The wetland stretched as far as our eyes could see. While everyone else was busy in their own chores, I spotted some beautiful vivid coloured species of birds on small land pieces between the wetlands. I definitely didn’t recognize them by their names, but it was truly a beautiful sight. Some of birds seem to take holy dip into the water time and again for their prey while some sat quietly in groups giving an impression of being on tension free holiday. The sanctuary which hosts nearly 250 species of birds includes some seasonal foreigners too like Siberian crane. I didn’t bothered or wasted time to remember their names (after all I was not on botany field trip) and simply observed and admired their natural beauty.

Apart from the birds, we saw plenty of nilgais and some small water snakes too. While enjoying the flora and fauna of the park, we gradually without even realizing went deeper into the park on our rides. Soon we started realizing that it was only four of us and we could not see any other soul either in front or behind us. But nobody wanted to turn their backs and preceded further in search of some more adventure.

As we moved further, the view of the marshland began to appear clearer and we spotted more species of birds. I could now clearly see the green moss floating rhythmically over the water. The deeper we went into the park; there was exceptional silence in the air. The only voice I heard at that point of time was from our bicycles and some uncanny sounds of the animals. Later, we had to stop as there was a nilgai standing in the middle of the path constantly gazing at us. We made sounds, threw some stones (just to make sounds) and did everything to make him move (from a good distance) but it was not ready to move side. At this point, I was of the opinion that we should move back from here now, but everyone overheard my suggestion. In the meantime, the nilgai also paved way for us. 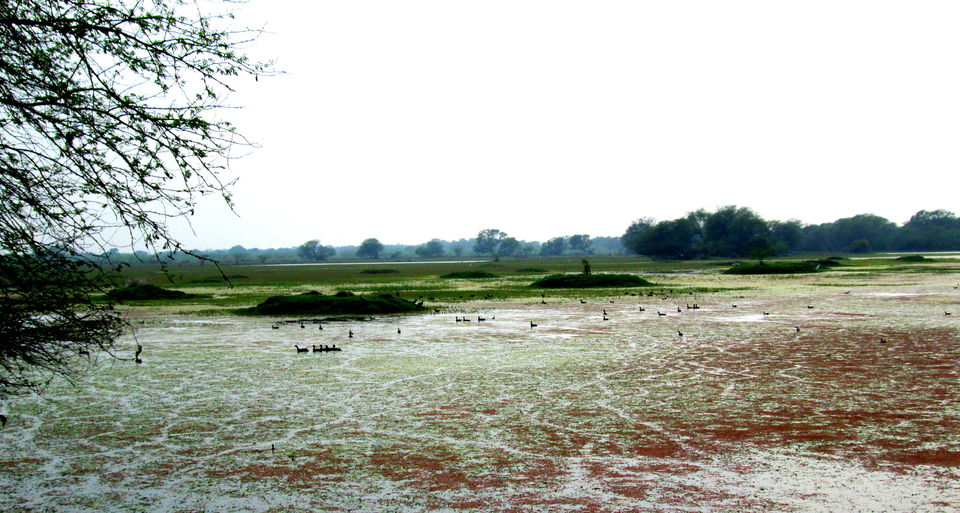 We moved further but it was not much fun now, I could see bones of dead animals on the path which somewhat freaked me out a bit. By now, everybody had started feeling thirsty and there seemed no source of drinkable water in mid of the jungle. I peddled faster so that I could get out of here. After some time, we found some more boys and were relieved that we were on the right path. Our faces by now had become pale with tiredness, thirstiness and dust.

Soon, we were at the same point from where we had started. We were glad that we finished the trail and when I saw the map, I realized that we almost covered 18-20 kilometres. Although, I had some eerie moments in between but at last it was all fun experience and apart from the beautiful surrounding, flora and fauna what made it fun was the company of the friends.