If you are a lover of history and architecture, then Jaipur is your Mecca! The ‘pink city’ epithet for Jaipur was coined when Maharaja Ram Singh painted the whole town red (well, a lighter shade-pink) to welcome his guests, Queen Victoria and the Prince of Wales, way back in 1876. It became so popular, that even today, every home, every shop inside the walled inner town is painted the similar pastel shade, but now, by law. 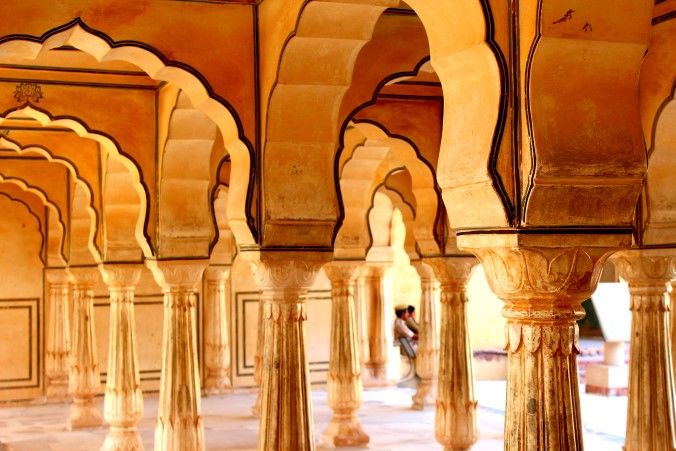 At the ministers’ court inside Amer Fort.

Royalty beckons as you enter this grandiloquent city. Everywhere you look around, there are structures with history that dates back to a time when such rich architecture was normal. This shows the grandeur of the kings who ruled in this part of the land.

The Amer Fort is one of them, situated just outside the city, atop a hill. Calling it grand would be an understatement. When we arrived, the local gangaur festival was in full swing, so we missed the royal elephant ride up to the fort. But the stony cobbled ramp took us into the main area where the crowd was swelling by the minute to celebrate. 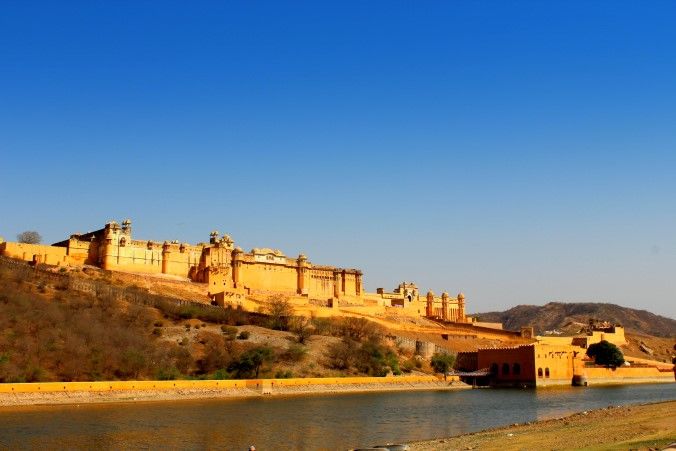 The Amer Fort starts from here.

It is marvellous how people had built such grand and mammoth structures at such great heights in such times when technology had not made building things as easier as it is now. Amer Fort, which is also called the Amer Palace, has beautiful Hindu architecture in marble and sandstone. It also houses the famous “Sheesh Mahal” or the palace of mirrors where the film “Mughal-e-Azam” was shot. 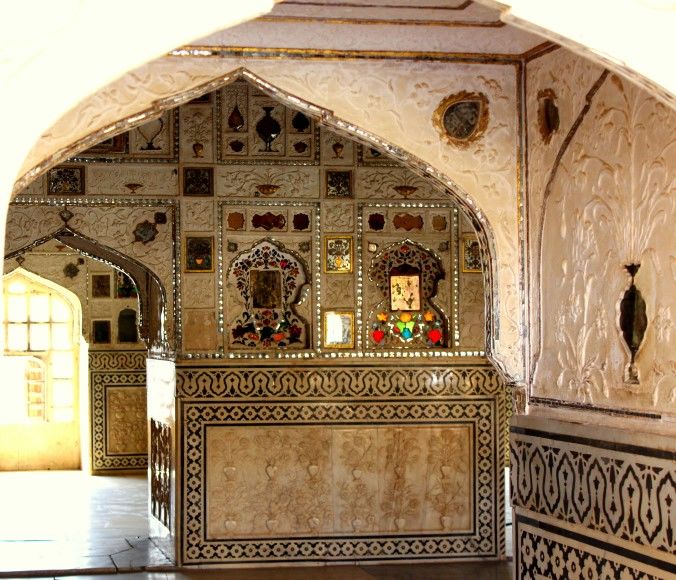 The entrance to the private residences of the Maharajas is a resplendent gateway called the Ganesh pol. It is brilliant and dazzling, painted with bright, contrasting colours and gold! The design is intricate and awe-inspiring. 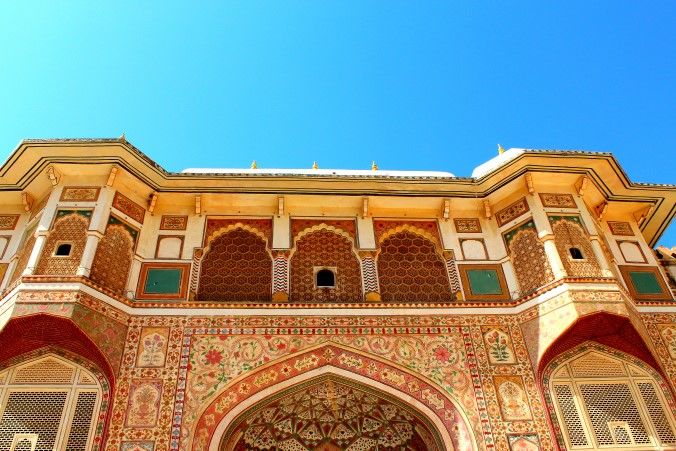 The entrance to the private residence of the Maharajas, makes a brilliant contrast against the clear blue sky.

Magnificent Amer Fort has all the rooms to display, where the royalty walked and talked and slept. And what a luxury that was! It also has on display the smallest vessel that was used to cook for the whole palace, which was taller than a average human! And the most interesting was a secret passage (the dream of all mystery-lovers!) which was the escape route from Amer fort to the adjoining fort on the connecting hill by going below the Maota lake.

The Jal Mahal is another palace in the middle of Man Sagar lake. It was built as the summer palace for the royal family. Unfortunately, it is not accessible to visitors. But the brilliant yellow palace reflecting on the clear waters of the lake makes it a beautiful place to visit, especially in the evenings.

How can we miss the Hawa Mahal? It is the postcard image of Jaipur, and rightly so. It is a beautiful honeycombed facade of hindreds of windows from which the ladies of the royal family looked upon the bazaar and viewed the city.

Another beautifully maintained palace is the City Palace, where the current Maharaja lives. When the flag is hoist, it means the king is in the palace. There are different tickets available for entry into this property. And one even lets you into the residential area to have a look at the displayed luxury. 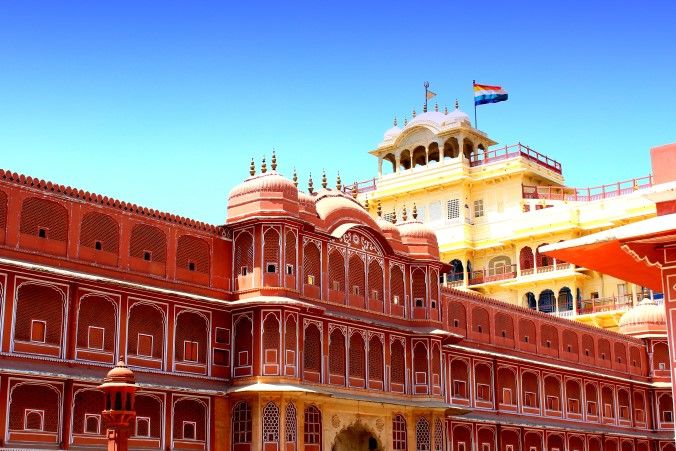 Just opposite the City Palace is the Jantar Mantar of Jaipur. There are supposedly just 5 such observatories in India, and the one at Jaipur is the largest. It’s really amazing how people were keen astronomers long before the highly accurate telescopes were built. Just don’t underestimate them. These structures predicted the movement of celestial bodies with such accuracy, even taking into account the changes of seasons.

Chokhi Dhani is where you get to experience Rajasthani culture first-hand. This concept estate with an elephant ride, traditional Rajasthani dances, magic shows and a delectable traditional cuisine buffet. A trip to Jaipur is incomplete without a visit to Chokhi Dhani. It has a shopping area too where you can watch the craftsmen weave and do block printing right before your eyes and choose from an attractive range of items to buy from. 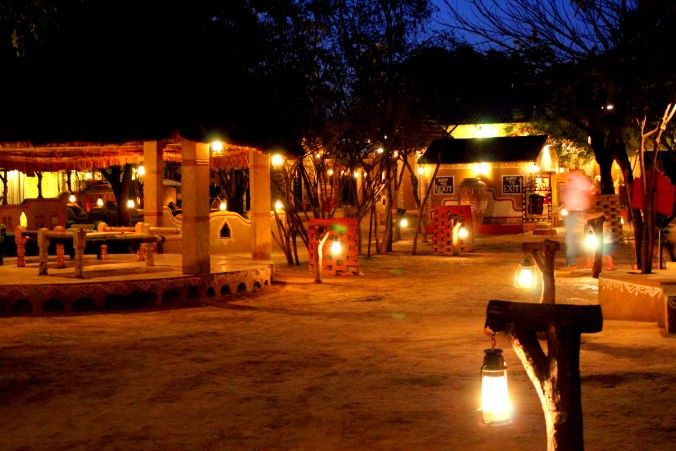 Chokhi Dhani lit up with lanterns at night.

Have I visited all the palaces of Jaipur? (I hope no ;)) Tell me about your favourite palace here.