The Land Of Remus And Romulus: Rome (Part 2)

Being a voracious consumer of films and television shows, the names of which I do not necessarily remember, my ideas of Rome were mostly limited to what I saw on screen. But what I got upon landing in the Italian capital was so much better, a clear reflection of the fact that things can look much nicer when seen in person, that some unknown power above has a more effective tool than Photoshop. Rome is akin to an evocative poem written on a fine piece of paper- the words enthral you and seem almost tangible when you run your hands through the sheet. Wandering aimlessly around piazzas, being rapt at the many marvels inside the richest of basilicas and museums, gorging on the most sinful of Italian desserts and getting lost in the maze of an ever complicated underground transport system which also somehow was a memorable experience, I did not want to come back home. For as Lao Tzu once said, "A good traveller has no fixed plans, and is not intent on arriving."

Situated on the banks of the River Tiber, Rome has also been the muse of literary greats like Shakespeare and Johann Wolfgang von Goethe because it is so brimming with character. What was once the Caput Mundi (Capital of the world), Rome is now one of the most visited cities on this planet because of all the delights it has to offer and also because it serves as a bridge that links one to the literal heart of Jesus, the Vatican. There really is something special about this city. Even legends like Michelangelo, Bernini and Raphael, whose works have decorated Rome like a Christmas tree, would agree.

Rome has some great options for accommodation right from luxurious five stars to the more economical but comfortable rentals available on a plethora of websites. Getting around the city becomes easier if you have the 3 Day Roma Pass which comes for 36 Euros and provides you free entry to two museums or sites, reduced entry to certain sites and exhibitions along with unlimited transport. Additionally, there is also a 48 hour pass available for those who are planning a short stay in Rome. It is interesting to note that museums and archaeological sites allow free entry to everyone on the first Sunday of each month. Taxis can be expensive so trust the Metropolitan (metro) or buses to get you from one place to another. Trust your instincts at the same time because although majorly safe, pickpockets find a haven on the streets and the public transport system of Rome. Oh and do not forget to trust your feet because if you can walk long distances and derive pleasure out of it, Rome will be the equivalent of heaven.

HotelsMap
With incredibly talented graffiti artists, gifted yet hugely unrewarded local musicians, levitating saints from an exotic land (who are invariably trying to dupe you) and art experts willing to create your personal caricatures for a small price, the Piazza Navona is like a party sans the finery and expensive attires. Three elaborate, beautiful fountains adorn Rome's most popular public square. And so do the many cafes and baroque mansions bordering the same. Go early in the evening and spend a few happy hours. Getting there: The Piazza Navona is 450 metres from the Pantheon so it is advisable you see both on the same day. You could take a bus from the Termini station or hop on to the metro. Tickets come for about 1.5 Euros and can be bought from the several machines or ticketing counters at the station. Your stop is 'Spagna' along the A Line and the Piazza is a bit of a walk, about 1.5 kilometres from the station. Watch out for the pickpockets on the train. 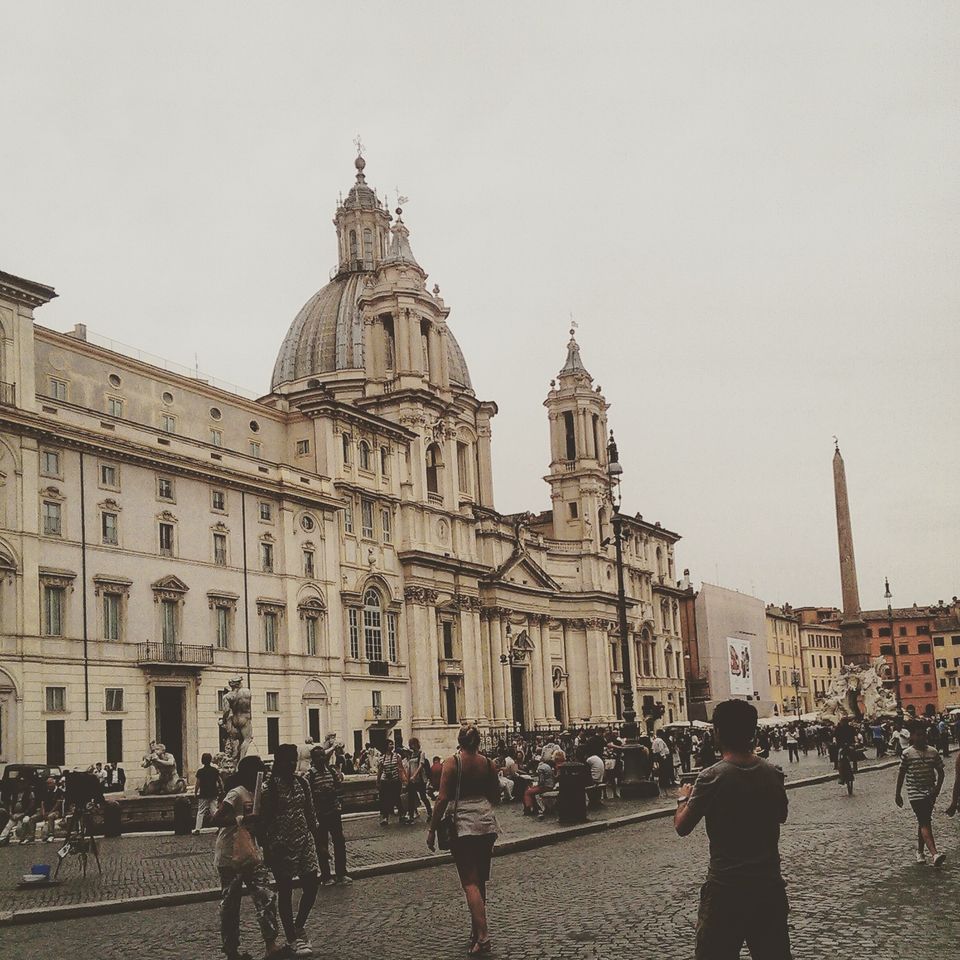 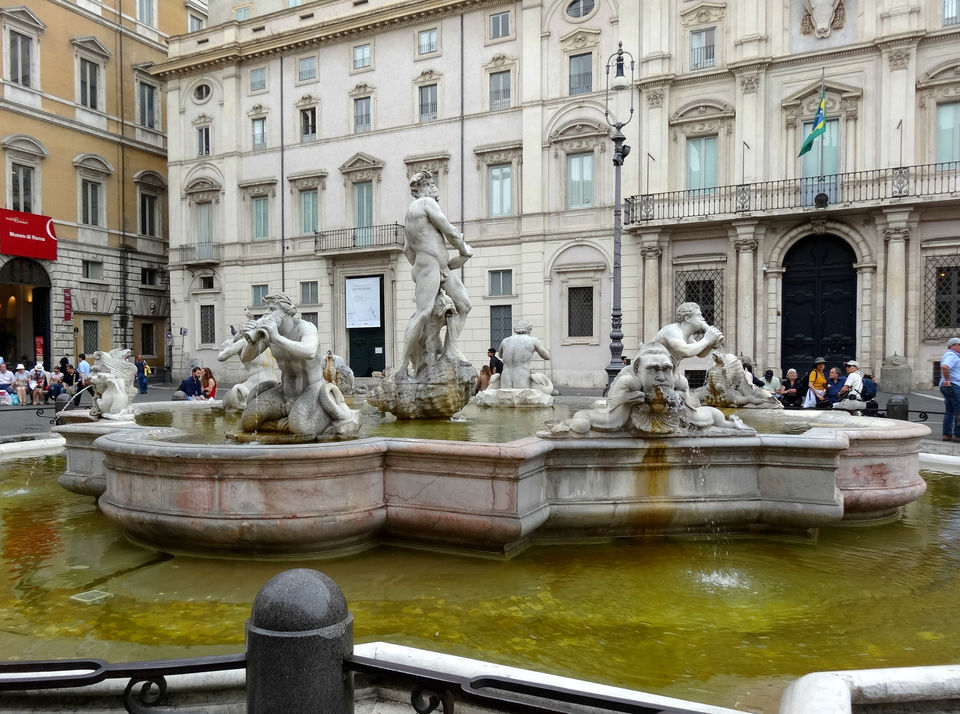 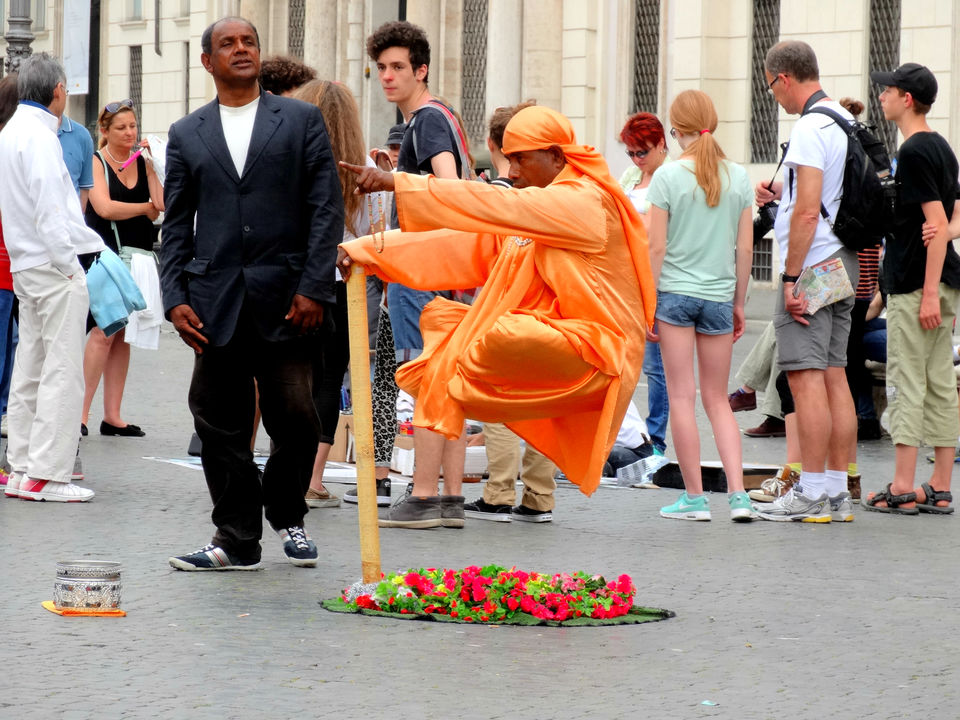 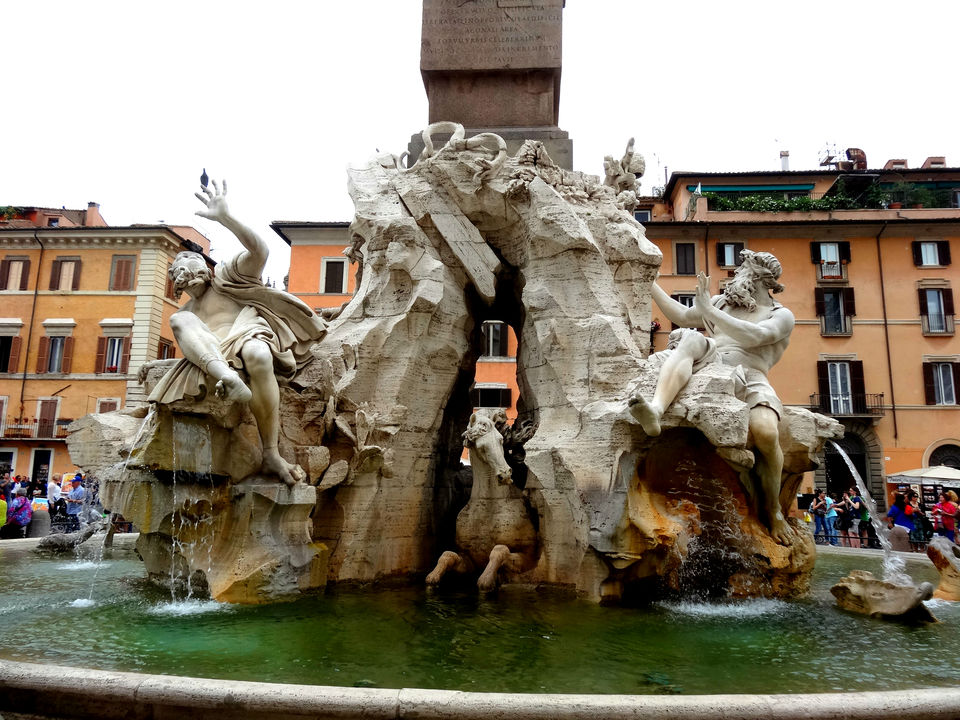 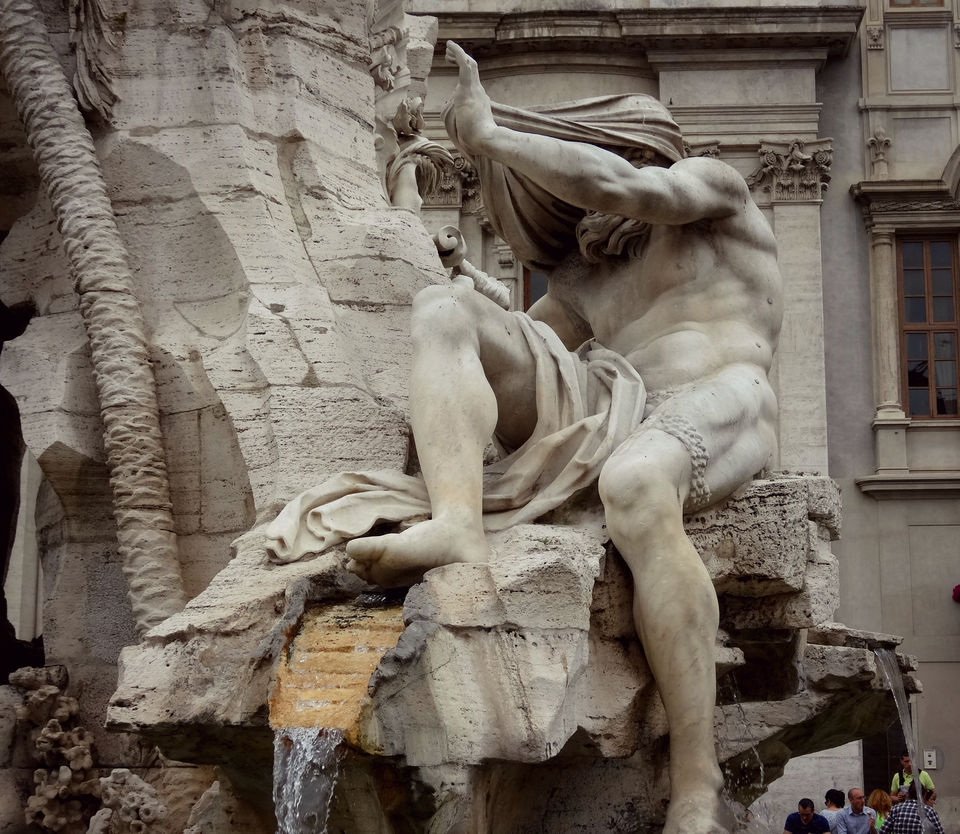 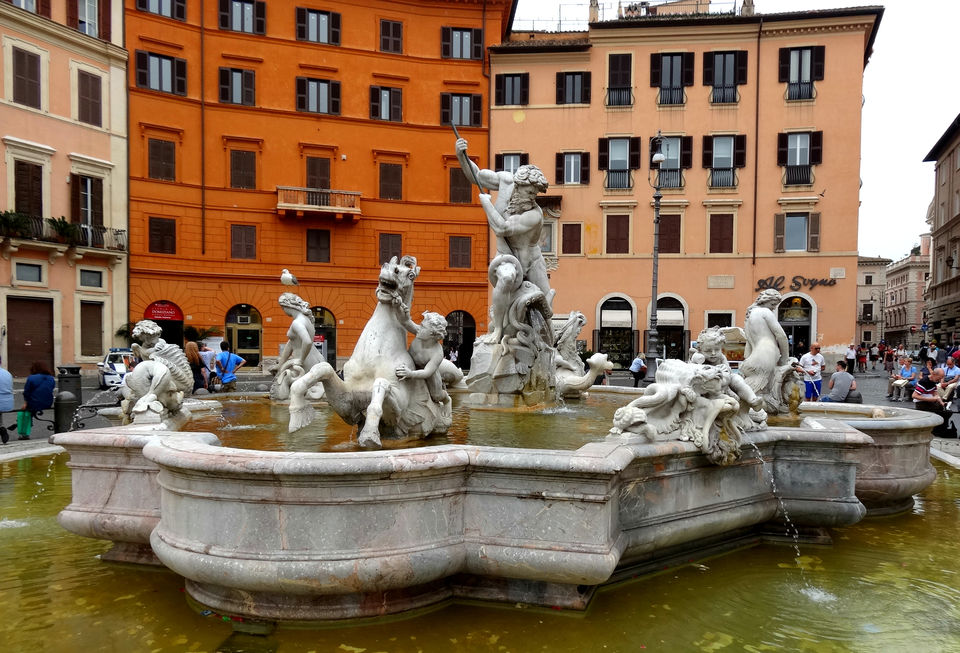 HotelsMap
Guarded by a giant obelisk in the centre and flanked by churches, gardens and the artist Bernini's works, the spectacular Piazza Del Popolo is supposed to be the entrance to the North of Rome. This 'square of the people' was initially used for public executions but is now frequented by young Romans looking for a good time. This place is all the more important because three streets (Via di Ripetta, Via del Corso, Via del Babuino) form a 'Tridente' by emanating from the piazza. There are cafes on the piazza that would gladly welcome you if you are looking for beverages or a light, authentic Italian dinner. Getting there: The best way to get to the Piazza del Popolo is by taking the underground metro because it is faster, cheaper and your station 'Flaminio' along the A line is directly across the street. The tickets come for about 1.5 Euros and can be bought from the several machines or ticketing counters at the station. Beware of pickpockets. 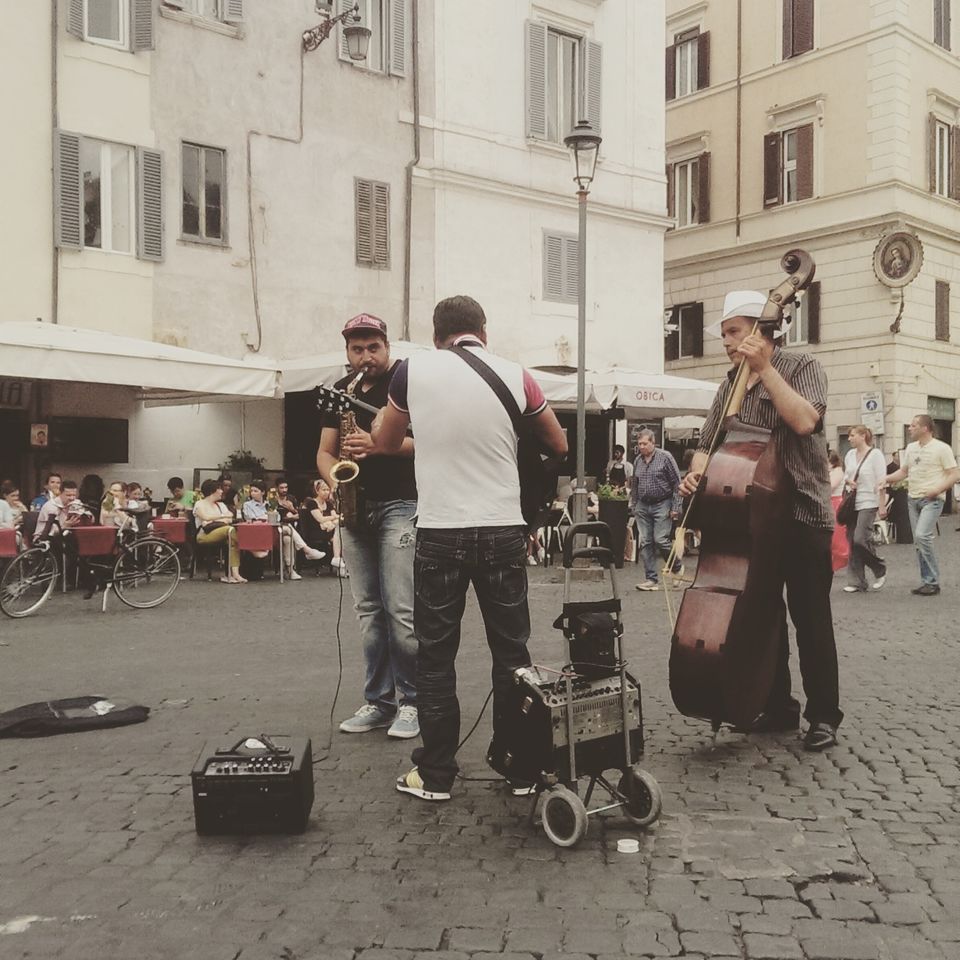 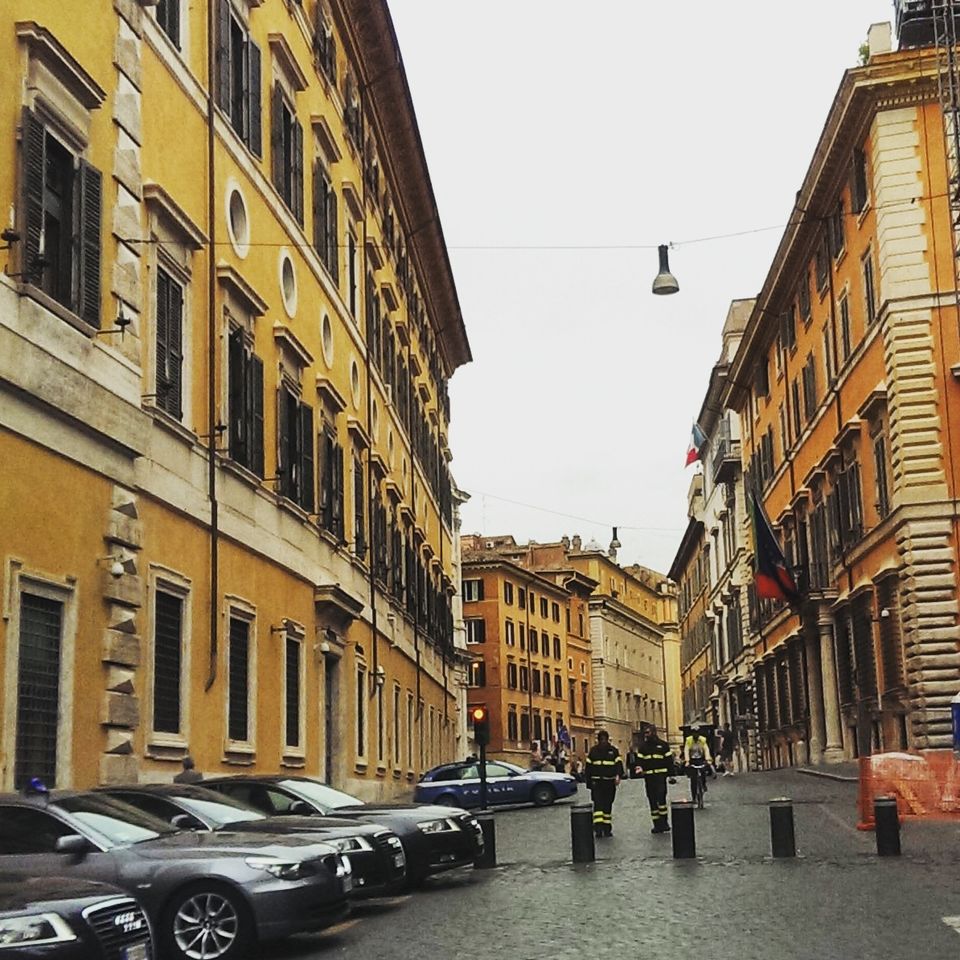 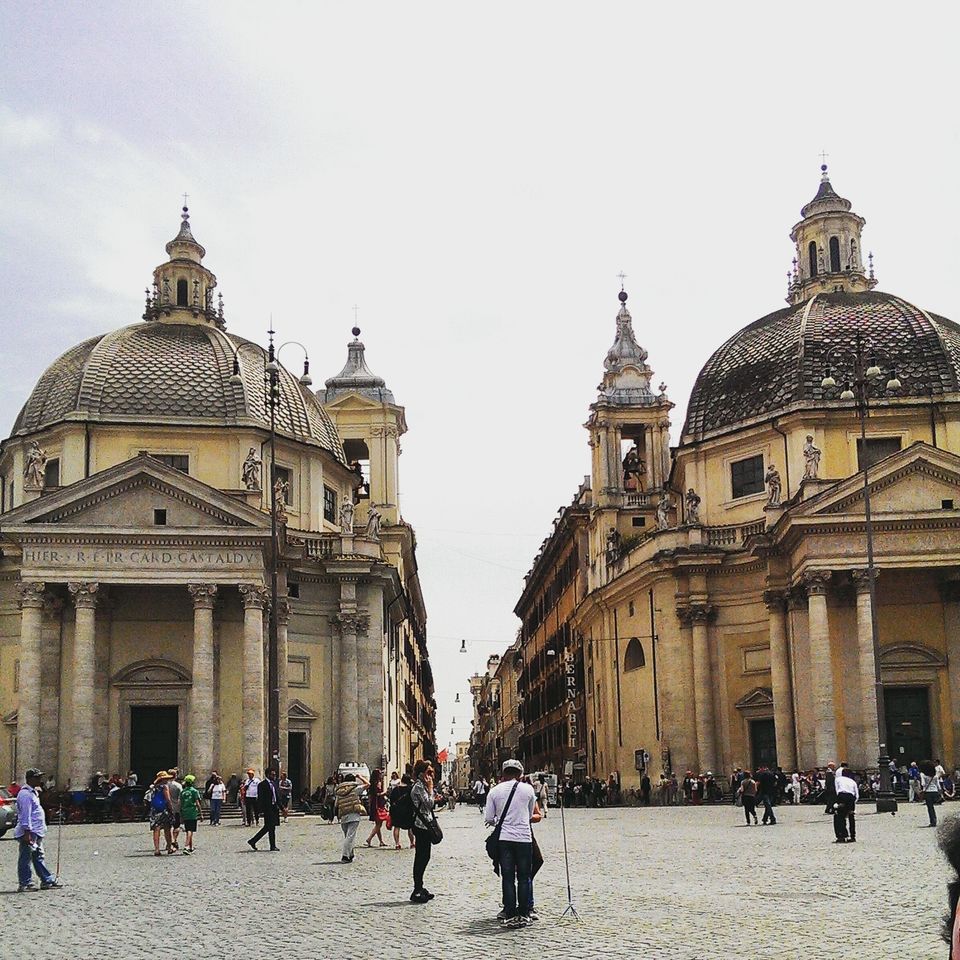 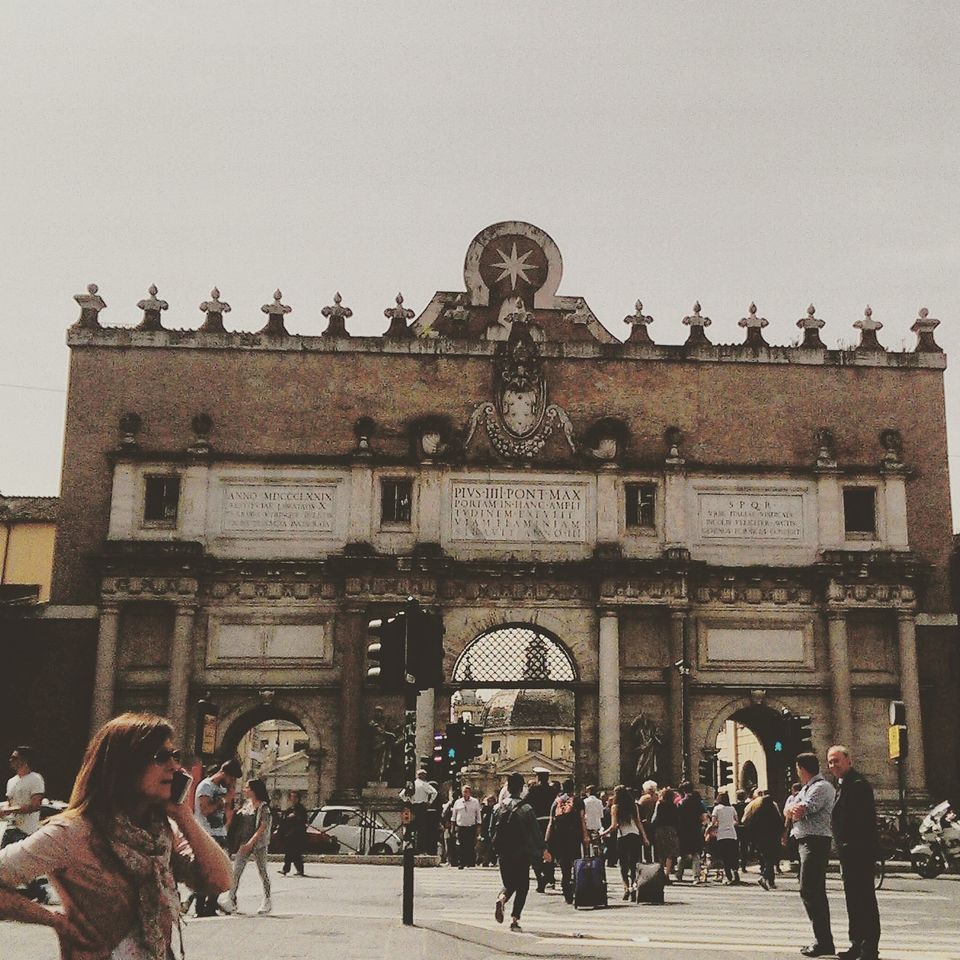 HotelsMap
Villa Borghese is not just an exceptionally beautiful park, it is also about 80 hectares of galleries and museums. Loved by joggers, families having a little picnic of their own and lovers alike, this park is all the more popular because it houses the best art gallery in Rome, the Museo e Galleria Borghese. This spectacular place is home to the works of Bernini, Raphael, Caravaggio and Botticelli among others and requires pre-booking in order to prevent itself from getting too crowded. Tickets inclusive of the booking fee come for about 11 Euros and the museum is open till 7pm from Tuesdays to Sundays. Entry to the park however, is free and you could go with some food of your own. Getting there: The best way to get to the Villa Borghese is by taking the underground metro because it is faster, cheaper and your station 'Flaminio' along the A line is about 500 metres. The tickets come for about 1.5 Euros and can be bought from the several machines or ticketing counters at the station. Beware of pickpockets. 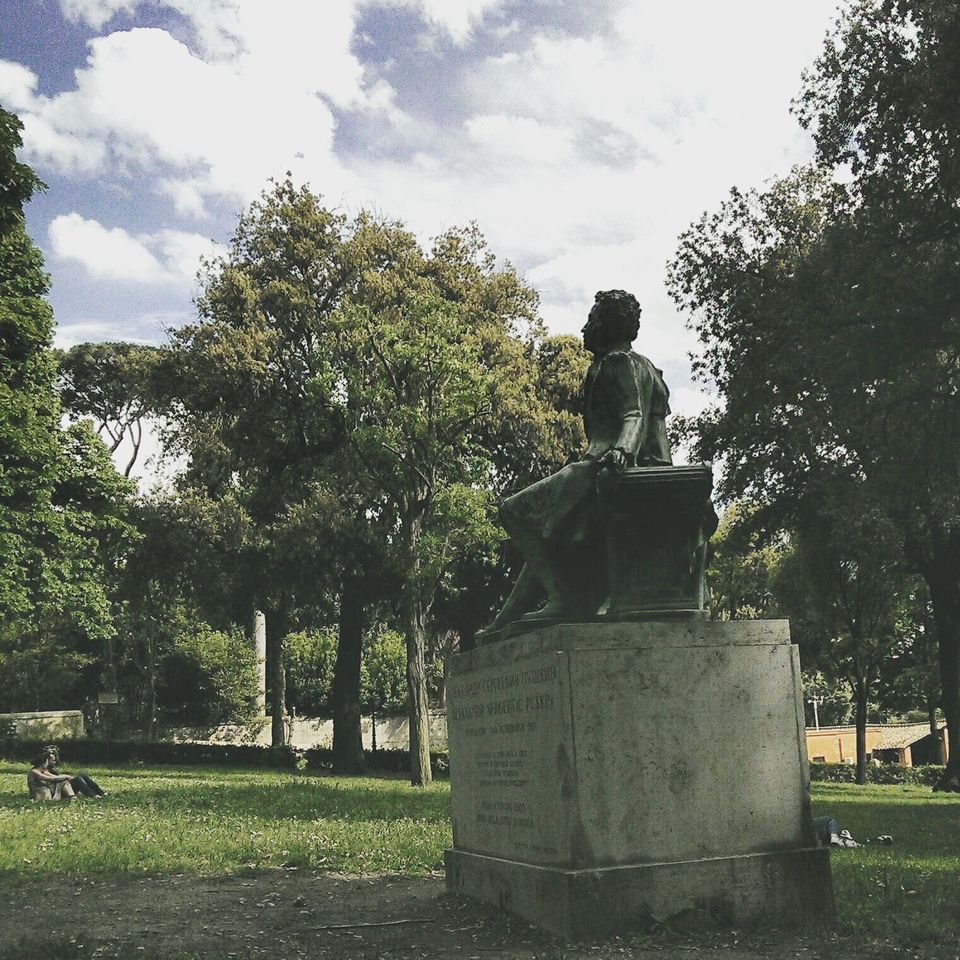 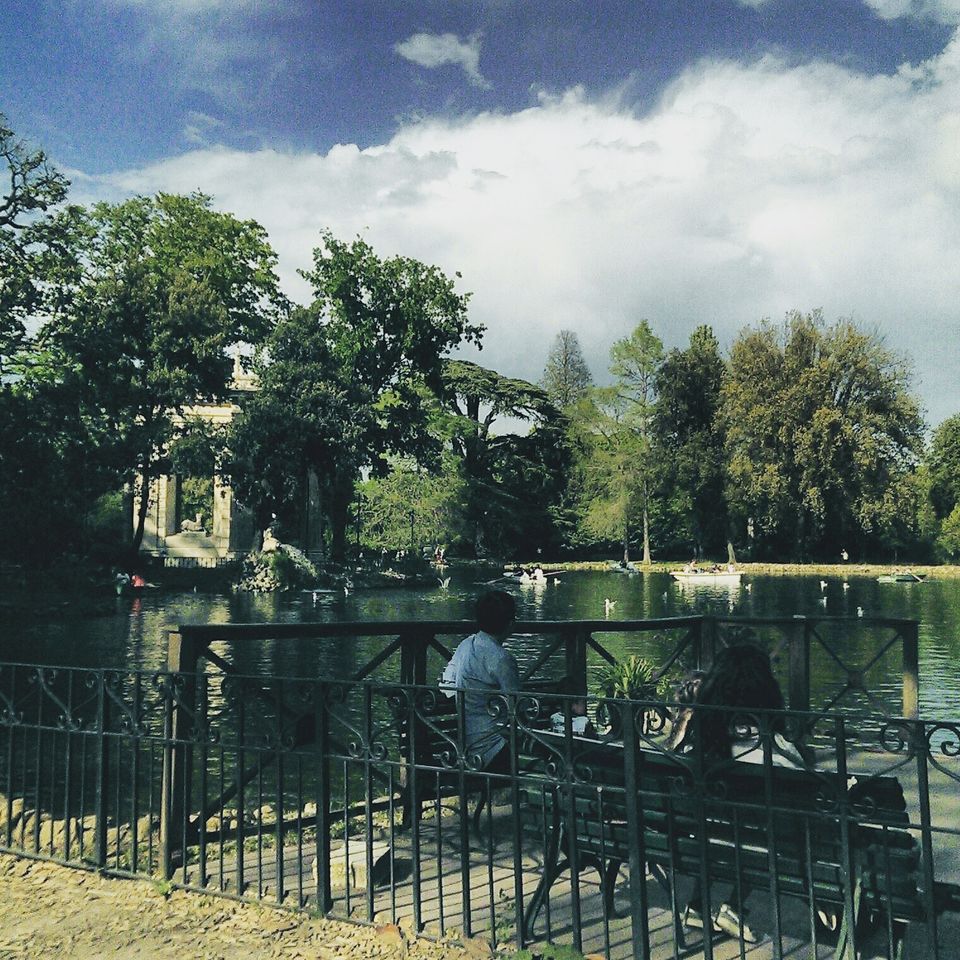 HotelsMap
What was once a temple dedicated to the Classical Gods, the Pantheon (A derivation of the Greek words 'pan' meaning all and 'theos' meaning God) is now a 2000 year old church, a conversion which, excuse my joke, our current government would not really approve of. Despite a dull and ageing exterior with its giant Corinthian columns, this monument will delight you the moment you step through the humongous bronze doors and look at the largest and probably the most beautiful reinforced concrete dome in the world. It might interest you to know that both light which marks an emblematic connection with the Gods and rainwater can seep through the oculus of the dome and there are 22 invisible holes in the sloping marble floor to drain the water away. And we consider ourselves advanced! The Pantheon will disappoint you first and then suddenly mesmerize you, also because one of the greatest artists to have ever lived, Raphael, is buried here. Getting there: If in case you are not living near the Centro Storico area which is walking distance from the Pantheon on Piazza della Rotonda, taking the underground metro is the best idea because it is faster and cheaper. The tickets come for about 1.5 Euros and can be bought from the several machines or ticketing counters at the station. Your stop is 'Spagna' along the A Line and the Pantheon is a bit of a walk, about a kilometre from the station. Beware of pickpockets on the train. You could even take a bus from the Termini Station. Pantheon is open from 8:30 am till 7:30 in the evening and the entry is absolutely free. 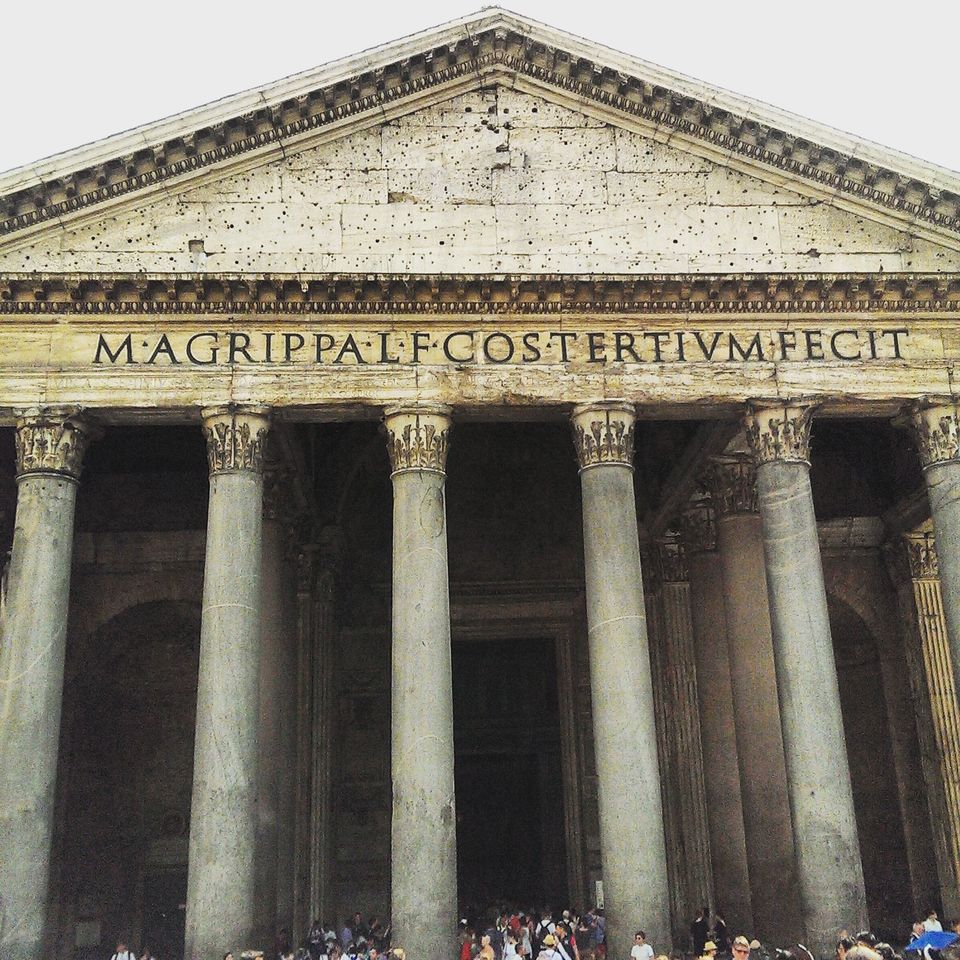 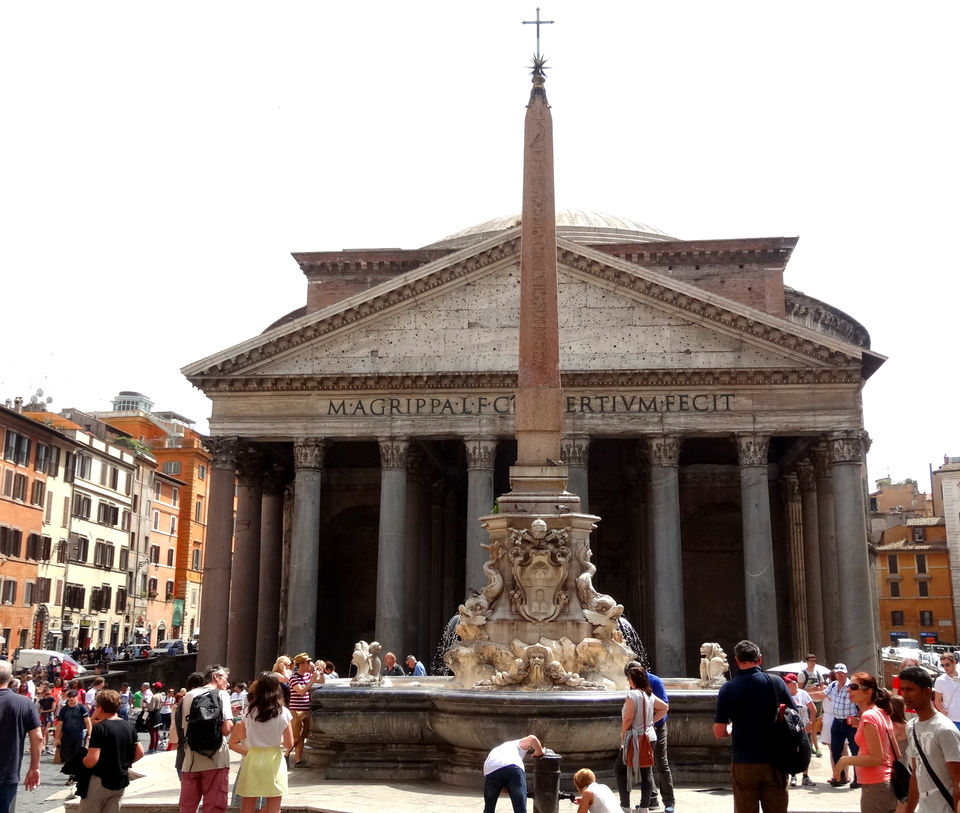 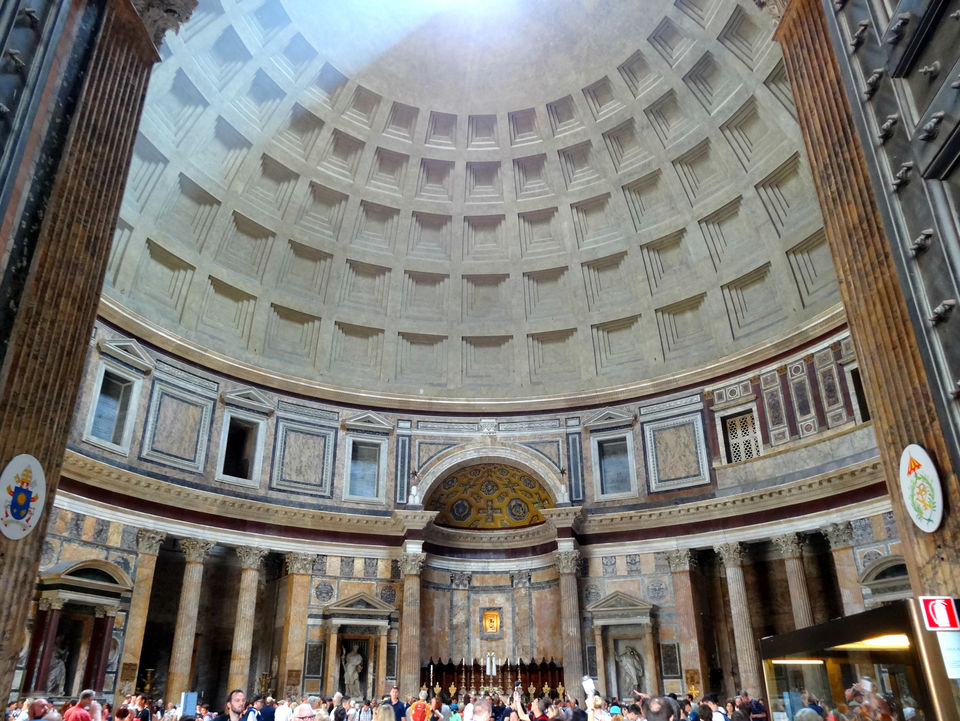 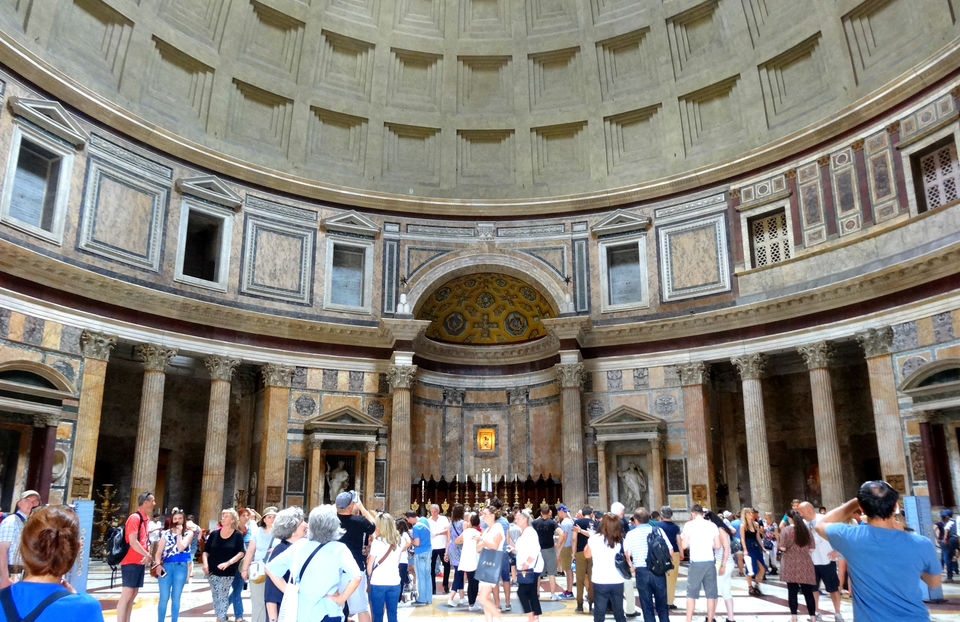 HotelsMap
A lesser known gothic church in Rome, the Chiesa di Santa Maria Sopra Minerva is home to Michelangelo's 'Christ Bearing The Cross' and is guarded by Bernini's beautiful 'Elefantino' sculpture mounted on an obelisk outside. The greatly reworked 13th Century church closes at 7 in the evening and the entry is free. If you are a Harry Potter fan, make sure you get a picture of the outer facade of the 'Grand Hotel Minerva' on the Piazza della Minerva, opposite the basilica. It will continue to remind you of everybody's favourite professor/mentor/cat. Getting there: The Basilica on Piazza della Minerva is 200 metres from the Pantheon on Piazza della Rotonda. Taking the underground metro is the best idea because it is faster and cheaper if in case you are not living near the Centro Storico area. The tickets come for about 1.5 Euros and can be bought from the several machines or ticketing counters at the station. Your stop is 'Spagna' along the A Line and the Piazza is a bit of a walk, about 1.2 kilometres from the station. Beware of pickpockets on the train. You could even take a bus from the Termini Station. 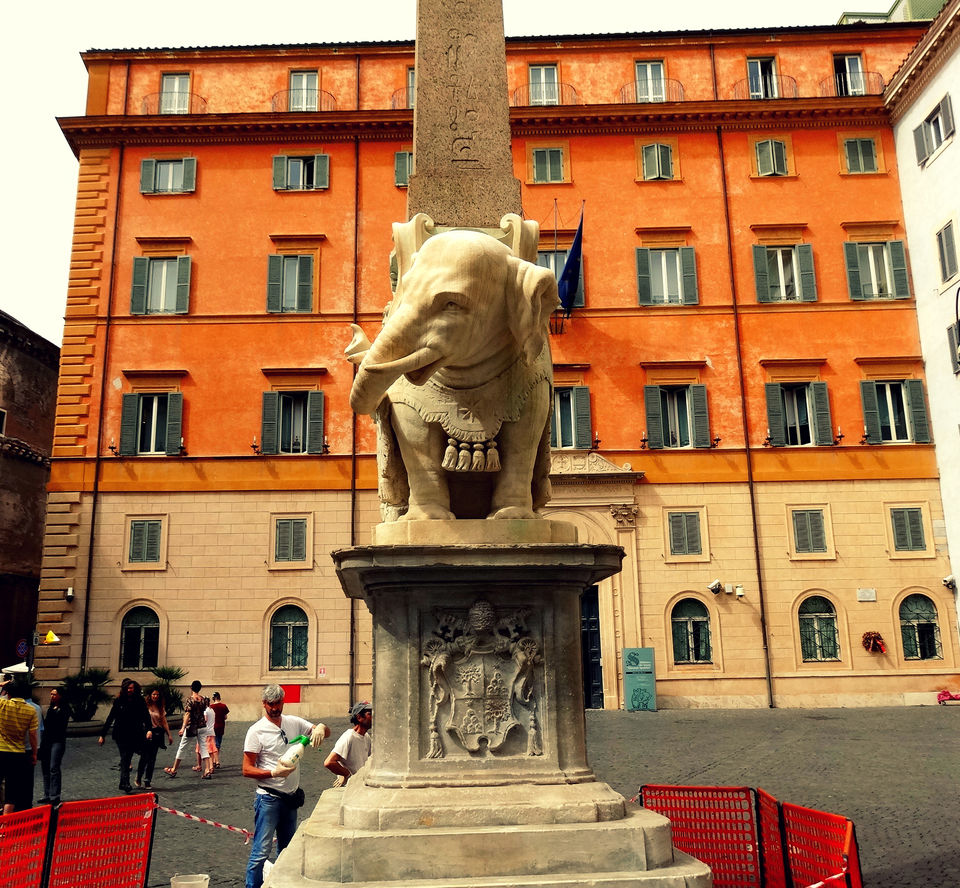 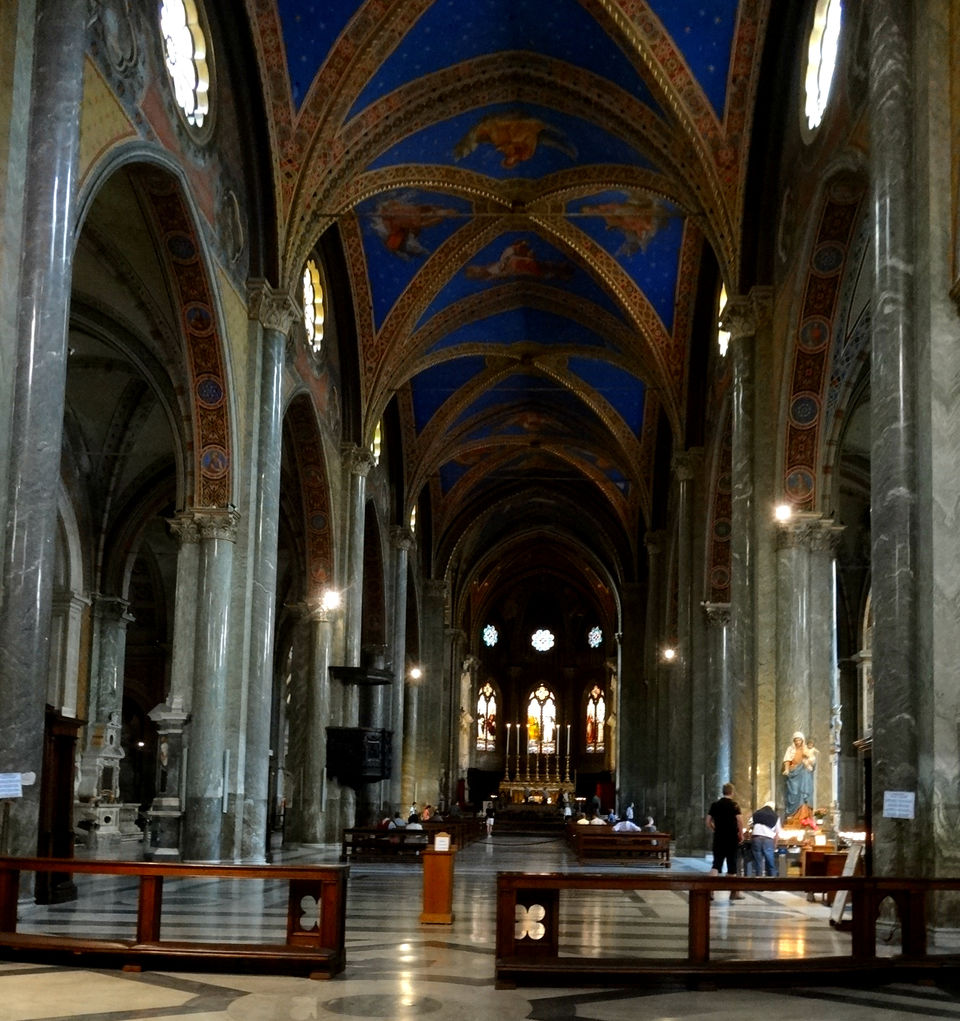 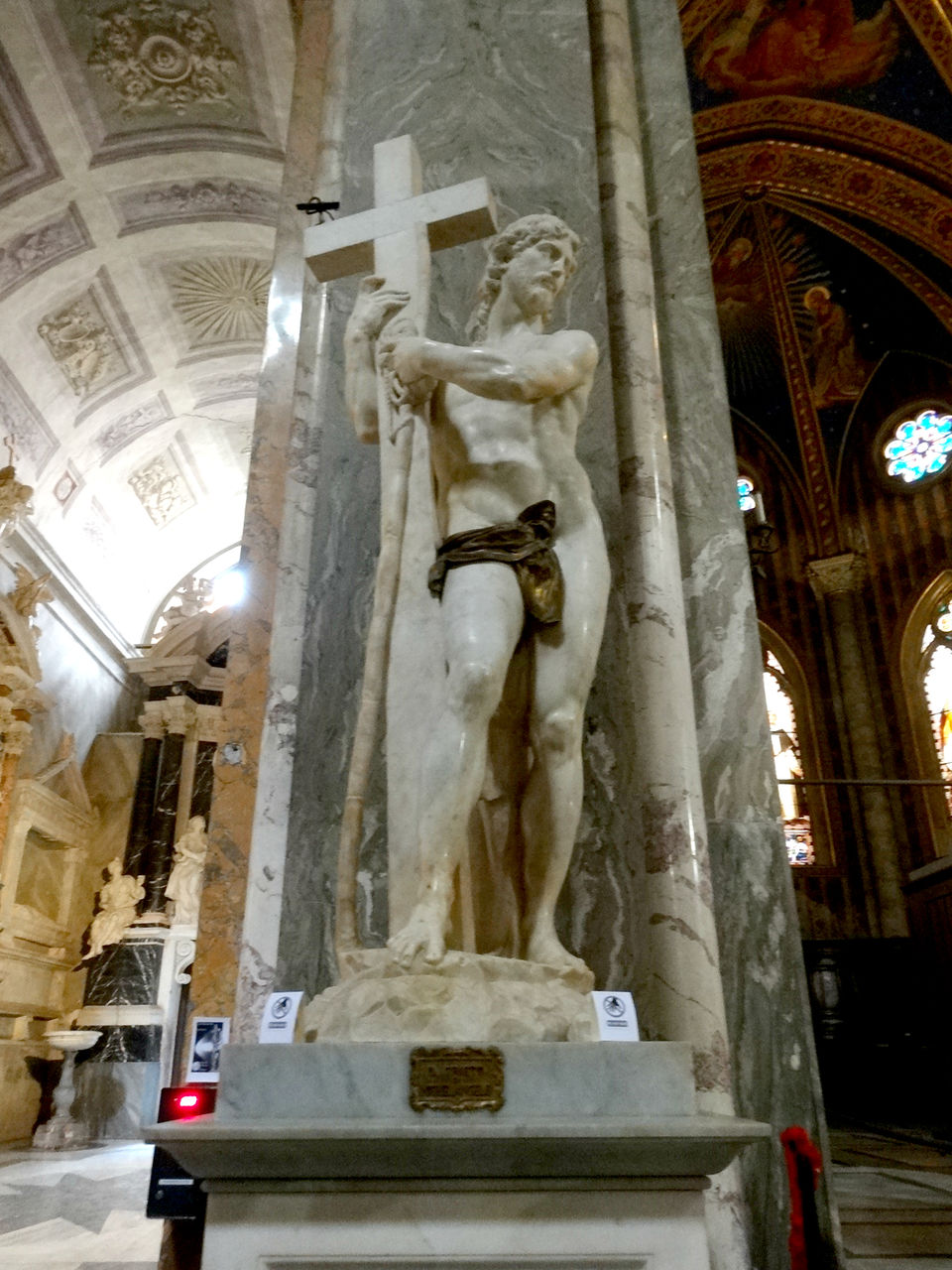 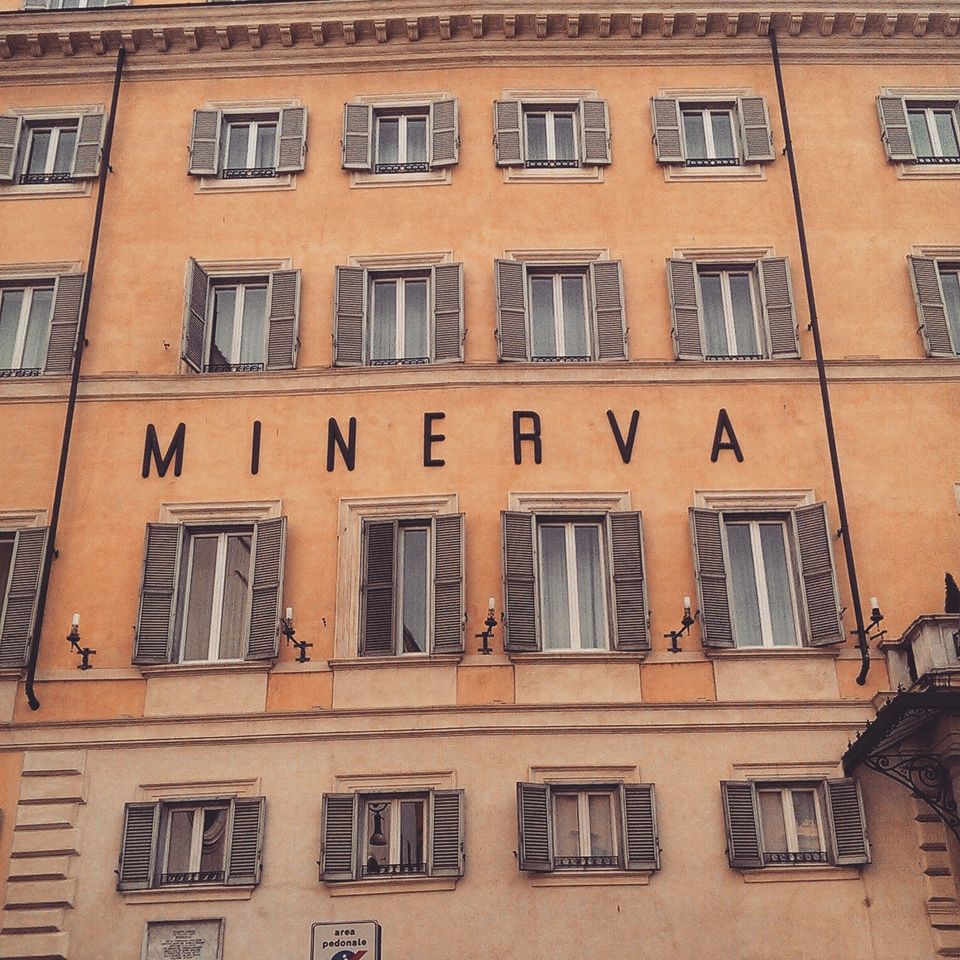