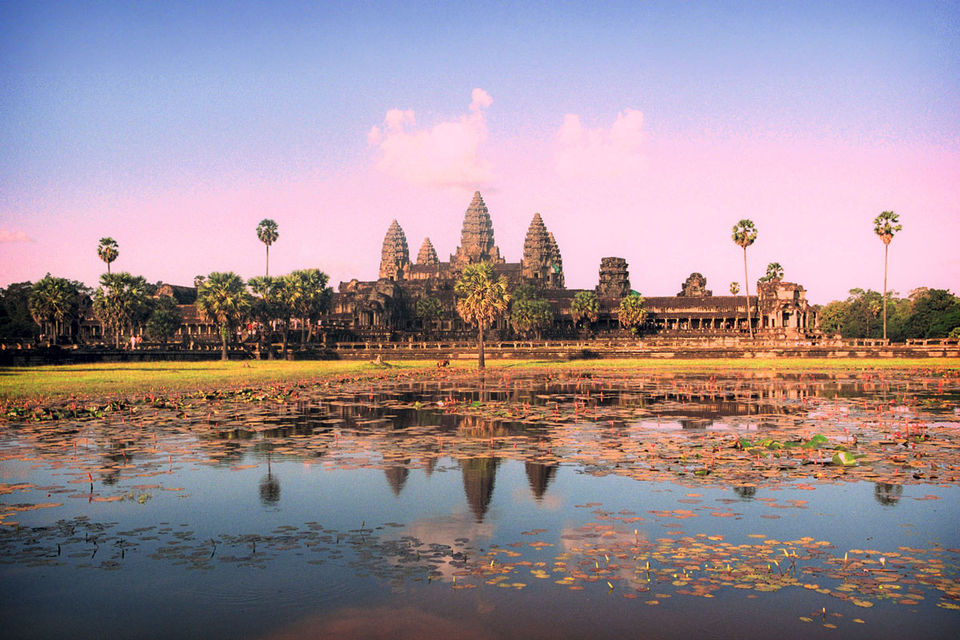 The Cambodia Angkor Air flight landed at Siem Reap airport from Manila around midnight. The airport, 7 km from the city, was small but well maintained. I availed the Visa-on-arrival facility and walked over to the immigration officer. This visa permits me to stay for only 15 days but I might like to stay longer. “Couldn’t you extend my visa to one month?” I said making the unmistakable sign that I was ready to pay whatever the so-called fee was. It was a quick bargain and both parties parted happily. Lightfooted, I bounced out of the airport to the tuk-tuk stand to head for my next destination, a hotel, to catch up on my sleep. The tuk-tuks are motorcycle-rickshaws, the main mode of transport in Cambodia. A good night’s sleep, a hearty breakfast, a walk around the former French colonial outpost and I was prepared to hire a tuk-tuk to visit Angkor Wat.

Originally a Hindu temple dedicated to Lord Vishnu, the Angkor Wat was built by the Khmer King Suryavarman in the early 12th century. Later, it was converted into a Buddhist monastery and is now the country’s prime attraction for visitors as it is significantly and symbolically portrayed on the country’s national flag. The inner walls of the temple depict carvings from battle scenes of the Ramayana and the Samudra Manthan. Large statues of the snake-god Sheshanaga and Apsaras are positioned at various ends of the temple. There were some unusual sights too such as the statues of the Buddha meditating under the hood of Sheshanaga. 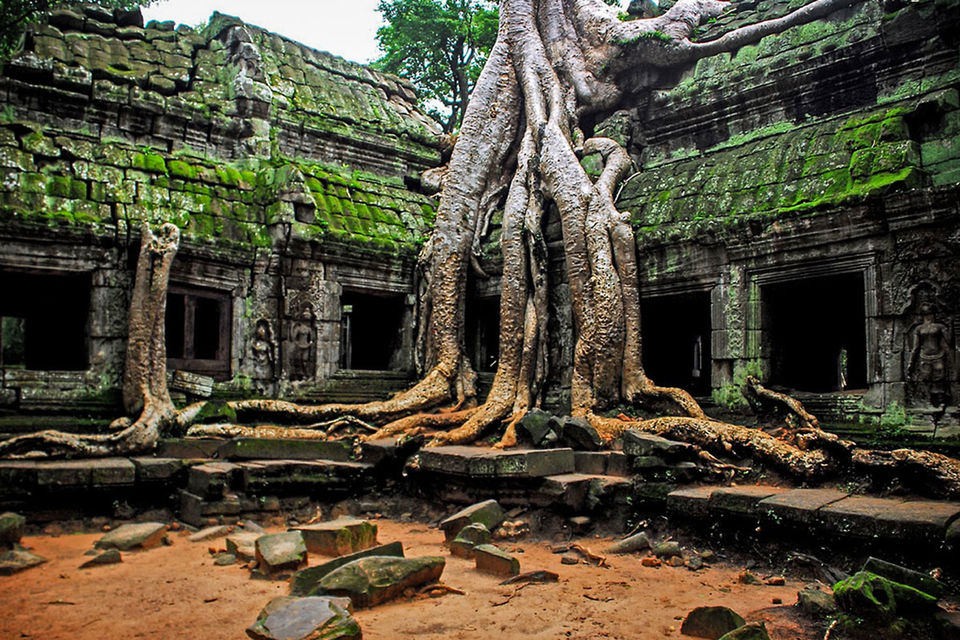 Prospering from the 9th to the 15th century, this was a remarkable medley of Hinduism and Buddhism. A UNESCO World Heritage site, the Angkor Wat is 5.5 km north of the modern town of Siem Reap which is about 300 km from the Cambodian capital Phnom Penh. According to legends, the construction of Angkor Wat, also known as the City of Temples, in Khmer was ordered by Lord Indira for his son Precha Ket Mealea. According to the 13th century Chinese traveller Daguan Zhou, it was believed that the temple was constructed in a single night by a divine architect. Angkor Wat’s rising series of five towers culminates in an impressive central tower that symbolizes the mythical Mount Meru. Thousands of feet of wall space are covered with intricate carving depicting scenes from Hindu mythology.

The temple complex is so huge that it takes at least three days to see the entire complex. Outside the complex compound flocked the usual hordes of tour guides, hawkers selling books on the history of Angkor Wat, picture postcards, t-shirts, handicrafts, soft drinks, snacks and anything a visitor might want to take home as a souvenir. I was not interested in purchasing any knickknacks as a memory of my visit. I sat outside the complex shooing away the occasional hawkers who came to pester me. 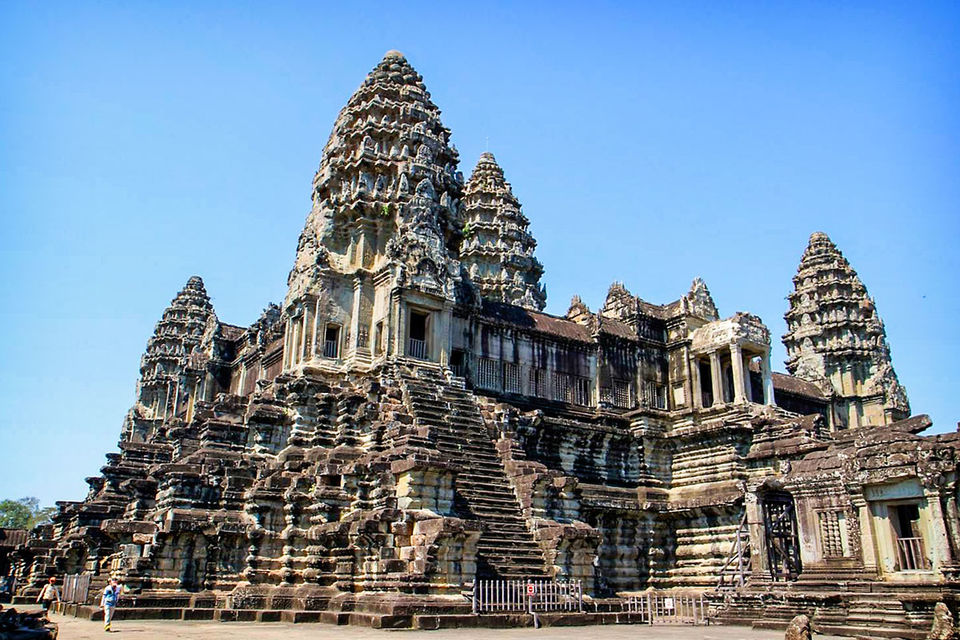 The heat of the day was making me feel thirsty. I planned to return to my hotel for a quick shower and stroll down to the nearest pub for a chilled beer. Then I saw, sitting on the ground in the shade of a nearby tree, a man in a white sarong and an orange-coloured vest. He was ruffling a bunch of pages and humming to himself. Why isn’t he hassling the tourists? Why does he look so content? I asked myself. To get a reply, I ambled across to where he was sitting. He looked up at me. “Sir, I am an astrologer and I can read your future from this collection of ancient Pali scriptures.” He told me to pick up one of the pages before him. I followed his command and handed the page back. “Sir, you have a great future and for the next five years, you will keep on travelling and seeing the world.” He revealed some more facts that made me feel content. I dived into my pocket and pulled out a bunch of Cambodian riel notes and handed them over. I no longer needed the chilled beer. For now, I was a cool. I was content.