Day 1 : April 5, 2014"Trees are the poem which earth writes on sky"We embarked our journey from Gangtok and saw this signboard. How true it felt with the perfect scenery around. High mountains, even higher trees and river Teesda flowing in the valley being fed by waterfalls.But there is a spoilsport - the road. The road was bad would be an understatement. It took us 8 hrs to cover 125 km from Gangtok to Lachen. Not surprisingly, not many tourists visit north Sikkim despite of its miraculous beauty. The earthquake in sep 2011 ( with scale of 7 and epicenter in North Sikkim) caused lot of damage to roads. Now being reconstructed, hopefully roads will get better in next few years.We reached lachen at 6:30 in evening, at 9000 ft, gosh, it was cold. No plastics and water bottles allowed in lachen. But one feels safe to drink regular water. The place we were booked in, was like a home stay with basic facilities. We had a early dinner - food was decent - and slept by 9.Day 2 : April 6, 2014Got up at 3:30 to leave for gurudomgnar lake. It was pretty cold in the morning, outside temperature being 0 C. Water was chilling cold and my face wash and chirantan's shaving gel were frozen. We sneaked in a blanket from the room, as our thin jackets were clearly not enough for the weather. It was pitch dark when we left and sky was full of stars. But a little scary due to narrow roads without boundary. We had to trust the driver for his experience and try to look at the sky not valley.It took us a bit more than four hours to reach gurudongmar, with unbelievable bad roads. Way was lined up with mighty mountains, army bunkers, yaks, rhododendrons and primula flowers. It was magnificent when first rays of sun fell on a snow clad mountain peak and it turned golden. We stopped at thangu for breakfast and hiring jackets. Breakfast was omnipresent maggi and tea. In the center of place, there was a fire with a water pot on it. Everybody took places around fire. We did not find bread at most such outlets in Sikkim. Another group which was much better prepared than us, was carrying their own bread and woollens (jackets, gloves, muffler). Gurudongmar at 17100 ft is second highest lake in India and is frozen for most part of year. It is also one of the sources of Teesda. On the way, chirantan told me a Hindi song with reference to Teesda - Teesda Nadi si tu chanchala, Mai bhi hoon bachpan se manchala - of course I did not believe him that such song existed so I googled on the first opportunity I got airtel signal. And yes...it is an actual song by yesudas and as mentioned in the song, Teesda river is indeed very chanchal ( playful) with its clear waters. Finally we reached the beautiful gurudongmar lake at around 9 am- the lake was completely frozen. So frozen that you could stand and even run on the lake. The lake was surrounded with snow clad mountains on all sides. I got a bit of altitude sickness as oxygen was low. That's one reason why you need to reach the lake early - they say the oxygen levels go lower as day rises. There is a army checkpost and canteen 30 min before the lake, which can be passed only till 10 am. We stayed at lake for 45 min then headed back.The lake is very close to china border, and the whole area is under army. They live there in such difficult conditions. We went in summer, cannot imagine how difficult winters will be. On our way back, army people were serving prasad/ breakfast. We got to know that's done every Sunday in the memory of baba Harbhajan . A note on Baba Harbhajan
Baba Harbhajan was an Indian army soldier who went missing in 1962 indo china war. He was on duty at nathu la pass at that time. The belief is that he is still around. He watches and disciplines the soldiers. If somebody does not do duty properly or gets asleep on duty, baba harbhajan kicks him. Army jawans believe that if there is an impending danger from china, baba will warn at least three days in advance. A shrine is built for baba near nathu la.

He is still being paid his salary (now pension) , a chair is reserved for him in indo china meetings at nathu la and a train ticket is booked for his annual leave. The berth goes empty and not allocated to anyone even if train is fully booked. Sunday is considered baba's day and no non veg and drinking on his day for the army battalions there. An army jawan told us that a few days back, a lt colonel ordered to cook non veg on Sunday, ignoring the misgivings of the cook. This resulted in a landslide and rocks falling near by.

What I found most amazing was how these beliefs are transferred from one army battalion to other, as the battalions change completely every few years. I think these beliefs help them survive the difficult conditions.Getting back to our itinerary, we reached lachen around 2, had lunch, and travelled to lachaung - a 2 hr journey. What a long day - by the night, we were fully exhausted. The first thing we noticed that lachaung gets much more tourists than lachen, and the hotels/ home stays are more developed. We stayed at 'season house' - a decent place. Day 3: April 7, 2014Next morning at 6:45, we left for Yumthang valley and zero point. Yumthang valley is covered with pine trees, primula and rhododendrons. It is also called valley of flowers - the flower season being May. Seeing the lines of rhododendron trees on both sides of road, one can just imagine how beautiful and colorful it will be in May. Yumthang valley is covered with primula plants - a purple color flower which blooms close to ground - again only a few primula flowers were there in April. But the valley was still very beautiful with pine trees and river flowing.Zero point - as the name suggests - mercury is below zero and completely covered with snow. This was our first time playing in snow and we made our first snowman. There was a beautiful snow covered valley down from road - with river flowing in between. We trekked down from road to river - the jackets, gum boots and gloves which we hired from yumthang valley came in handy. Spent some beautiful two hrs there, and then had some maggi, at 15000 ft, you just get maggi, eggs and tea. On our way back to lachaung, we stopped at hot springs near yumthang. The water was quite hot with distinct smell of sulphur. There were ponds to take bath also. Since we spent too much time at zero point, we ended up getting late for lunch and could leave for Gangtok only at 3. Reached Gangtok at 9. Checked in Delamare hotel on church street, which was an okay place, but the service was very personalised. Overall it was a wonderful trip in untouched beauty of North Sikkim. Though a bit tiring because of roads. I would suggest to do a four days trip instead of three days like we did. Suggested time to go is May - valley of flowers should be in full blossom.

Our night halt for Gurudongmar lake. It took 8 hours to reach Lachen from Gangtok 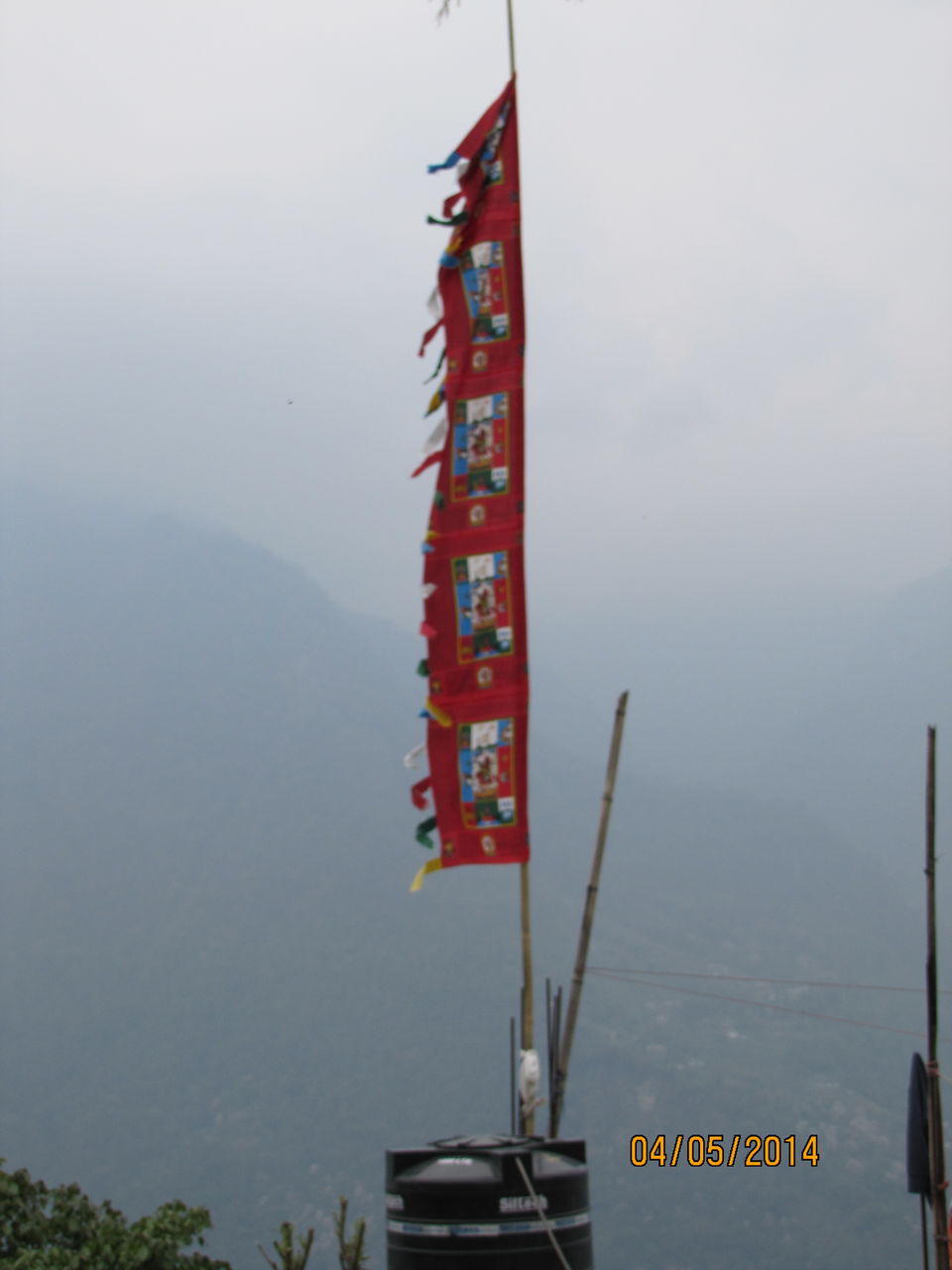 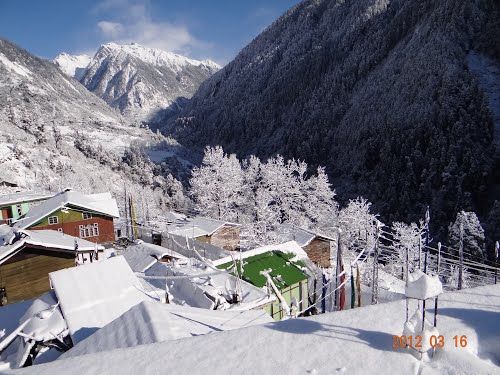 gurudomgnar lake at 17800 ft is one of the highest lakes in the world, and is frozen most of the year 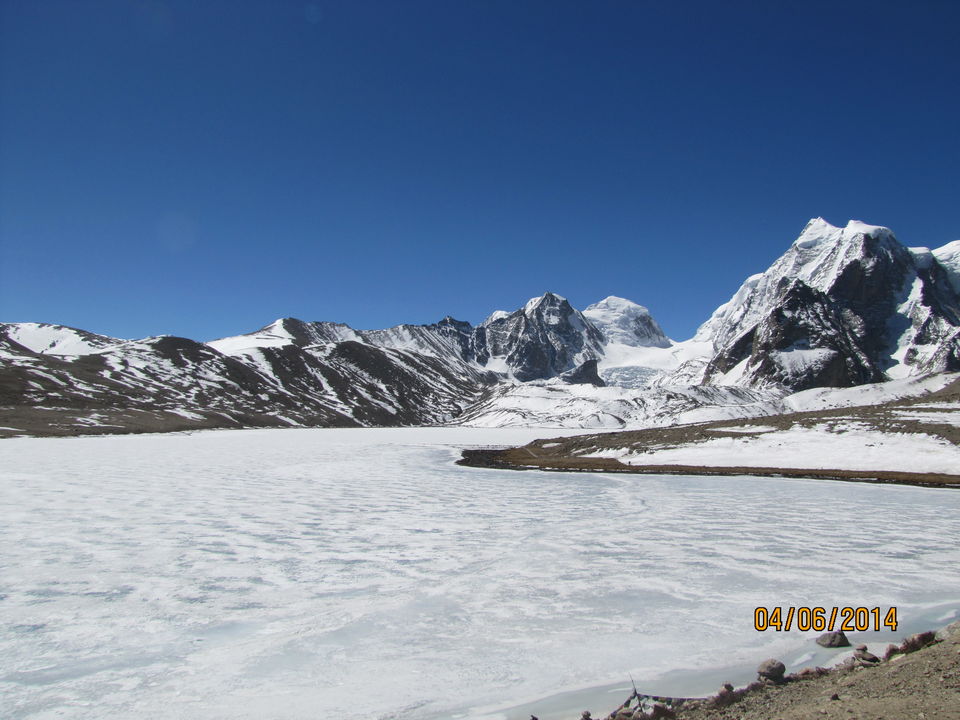 A midway to Gurudongmar lake, you can have maggi and tea here, and hire jackets and caps 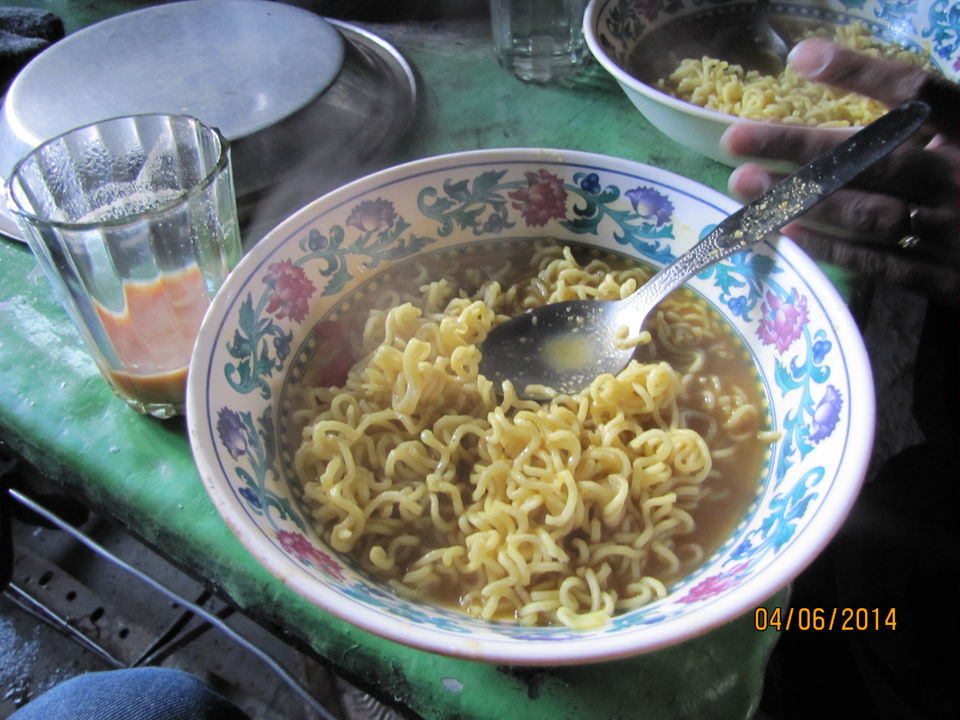 A beautiful small town in Sikkim, on route of yumthang valley. Stayed overnight 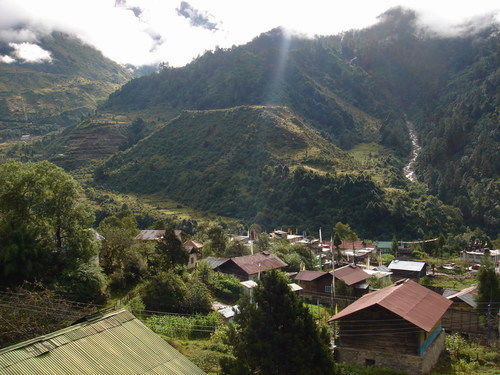 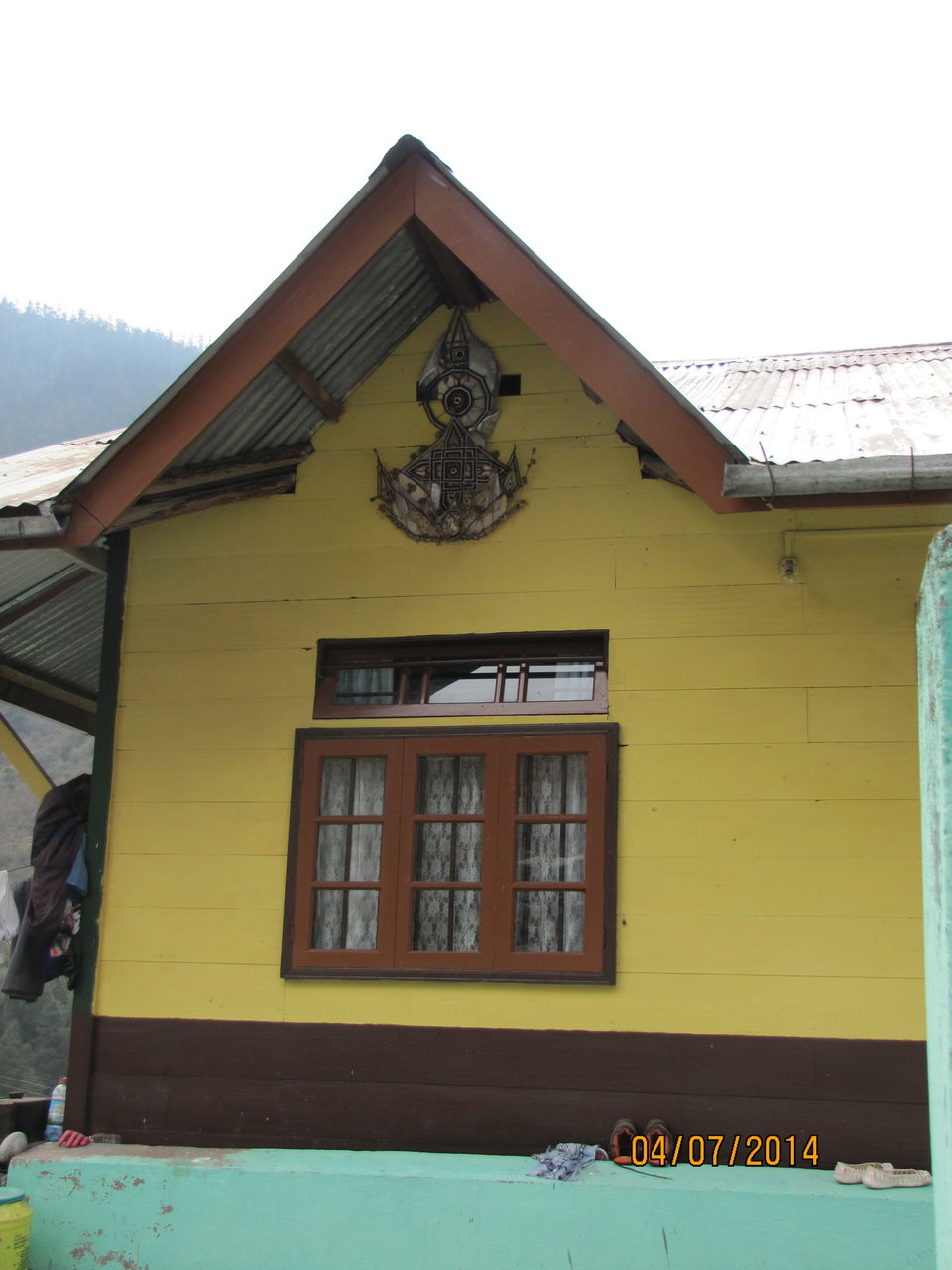 The beautiful valley near lachaung, which gets covered with primula and rhododendrons flowers in May 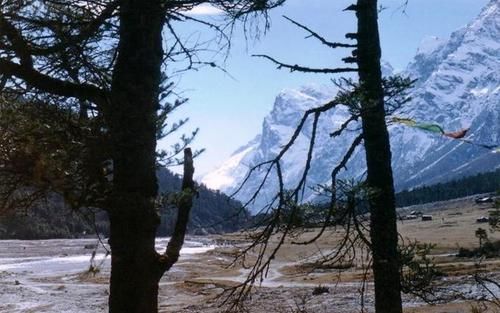 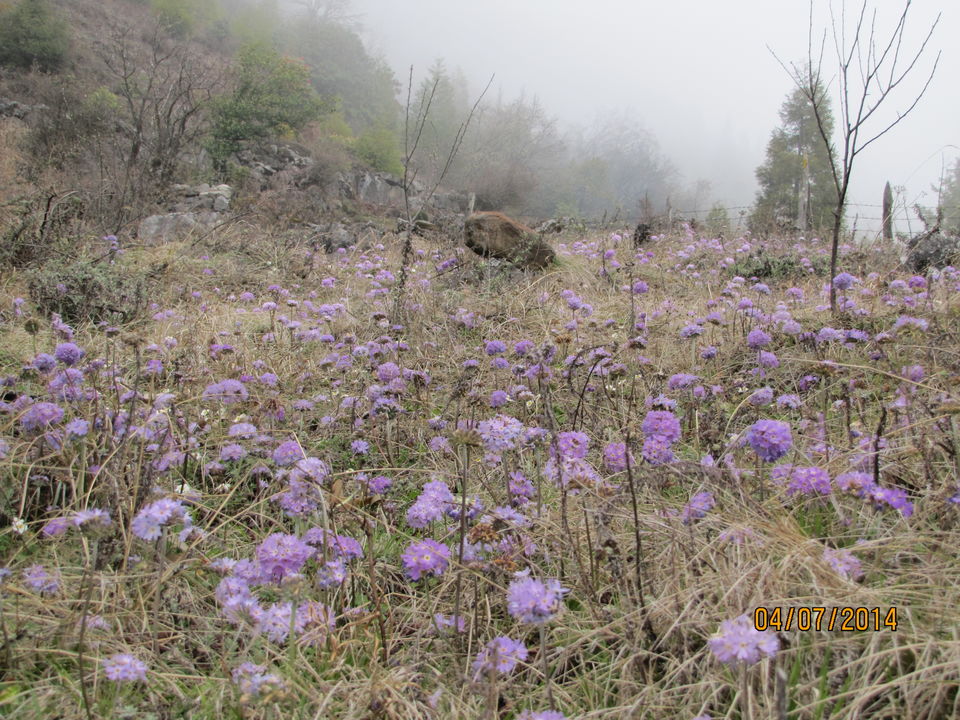 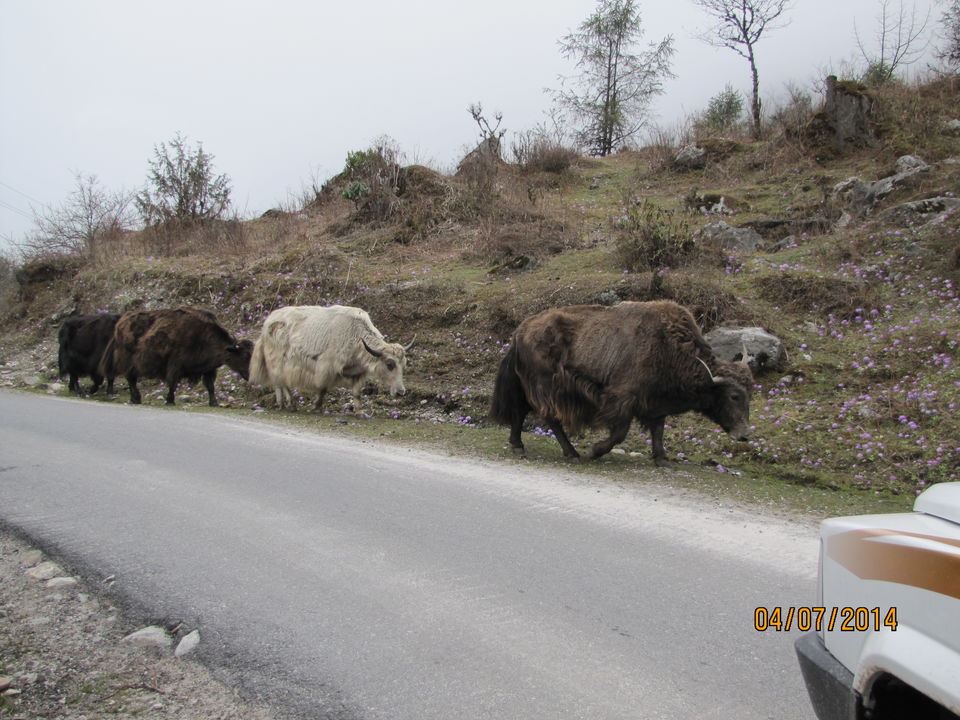 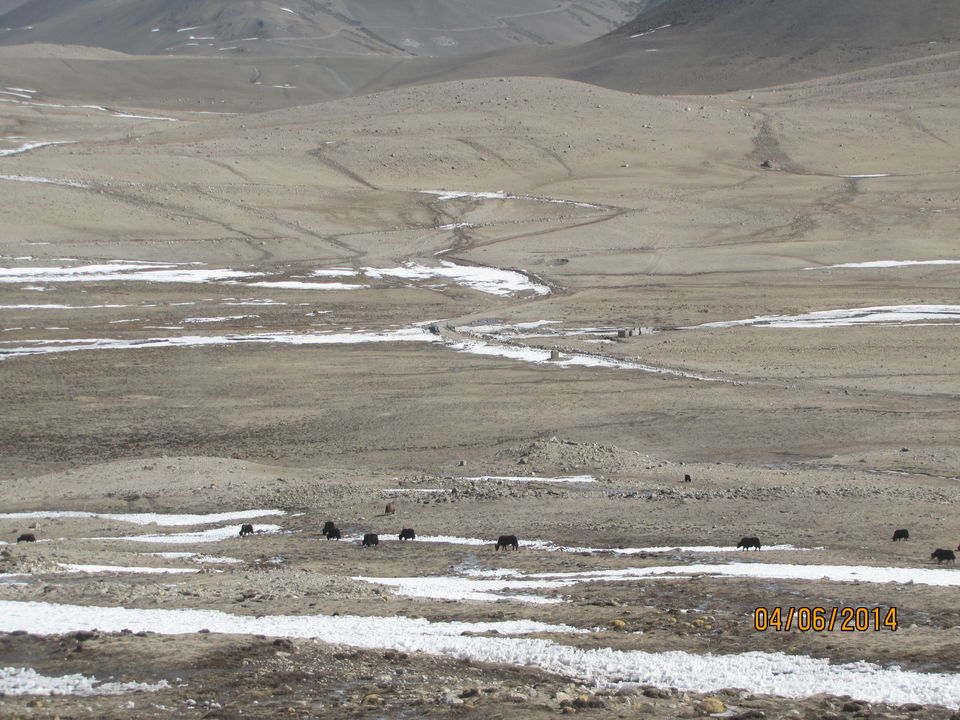 A place at the end of yumthang valley, with below zero temperatures and lots of snow. 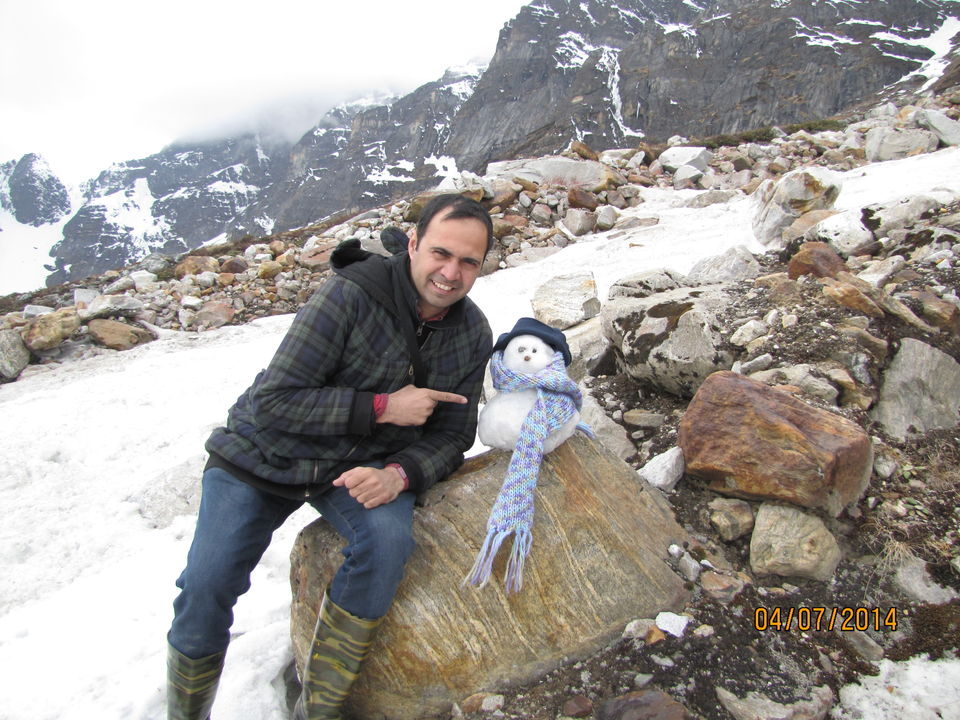 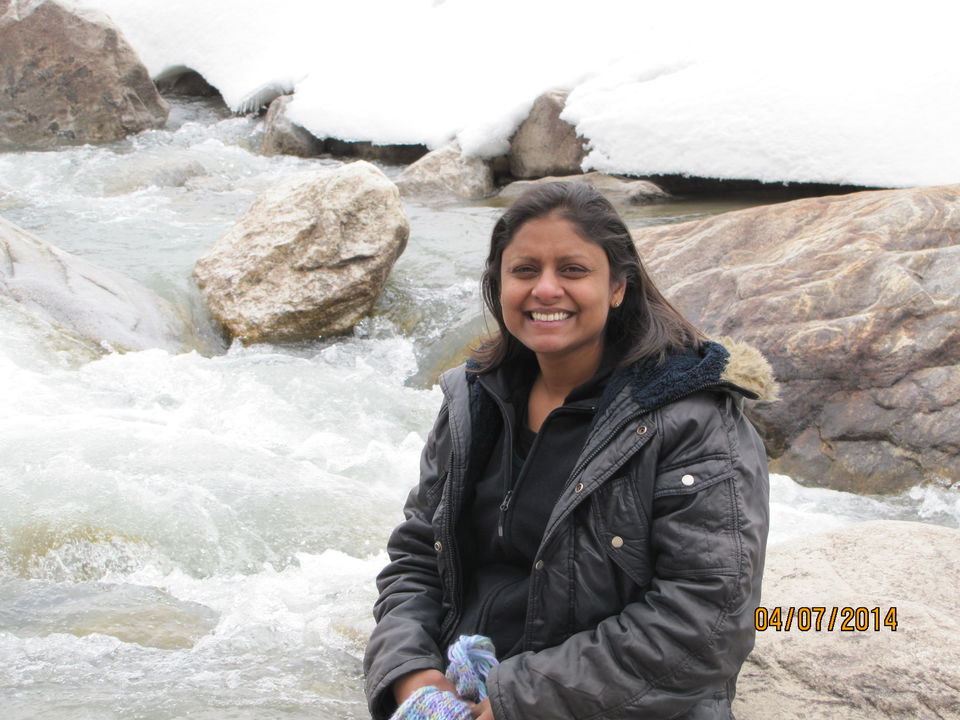