Experiencing a myriad of foreign cultures and influences in Sri Lanka

After my final year of university, I decided to take a break for a while before going into the grind of finding a proper job and adulting like everyone else. Along with a few of my friends, we decided that we should travel around the island and replicate what Che Guevara did during his youthful days in South America. Of course, we could not go in motorcycles since none of us had licenses, thus we made the decision to take public transport and hitch rides from anyone willing to offer us. Now playing those pictures in my head, I remember experiencing a great many things that would fill an entire book. One such experience that still makes my hair stand up is just how Sri Lanka acts as a haven for a number of foreign cultures, which has even made the lands of these areas quite like countries from out of this continent.

On our first journey out of the commercial capital of Colombo, we touched base in the touristy town of Negombo, and decided to splurge a bit by taking abode in the serene confines of Club Hotel Dolphin.

A little bit of history before getting into the nitty gritty of my experience in Negombo; during the 16th Century, the Portuguese Empire took control of Sri Lanka and the traditional fishing hamlet was used as a major trading port for the colonisers to make sure the empire was nourished with essentials. As a result of this, the Portuguese commissioned the construction of churches and cathedrals for the colonisers to practice their faith. What is left of their legacy is magnificent architecture and an intriguing, diverse society.

Fast forward to the time to our trip; we kept our backpacks in the hotel and, only taking what we needed to explore the streets of the city, we discovered the string of Romanesque architecture in the form of magnificent cathedrals and churches – the legacy of our colonial masters. Namely, St.Mary’s Cathedral and the St.Sebastian’s Church were real show stoppers, as they instantly transported us to the cobblestone streets of the ancient Roman Empire. Witnessing devotees and even travellers taking a break on the pews of these devotees, away from the scorching sun, we found that many of the devotees are not only Roman Catholics, but also fishermen, making the society of the area quite an intriguing one. 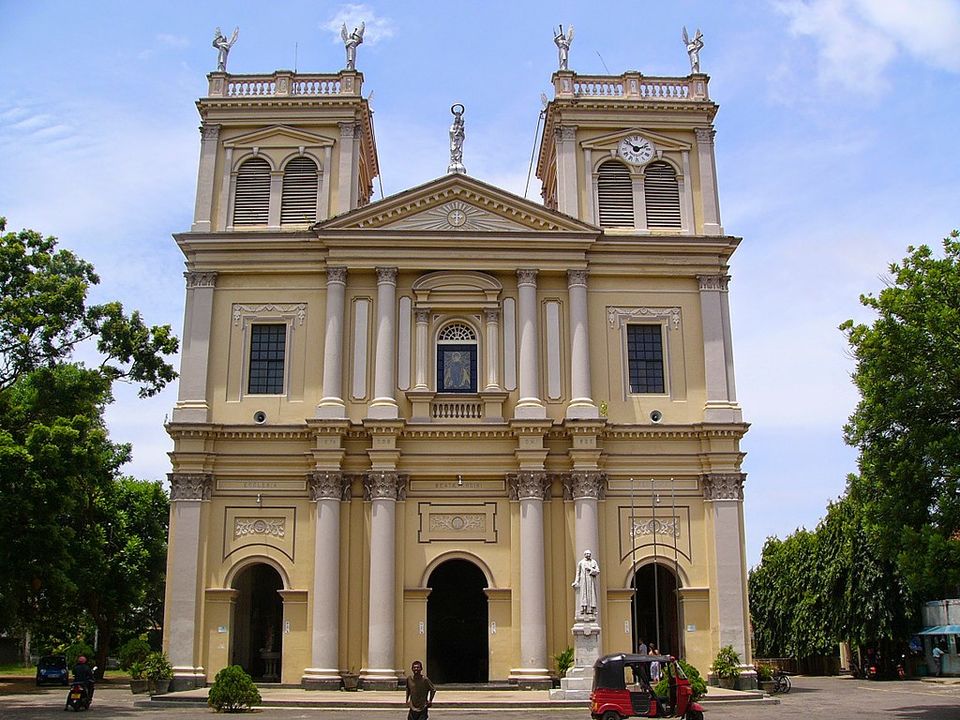 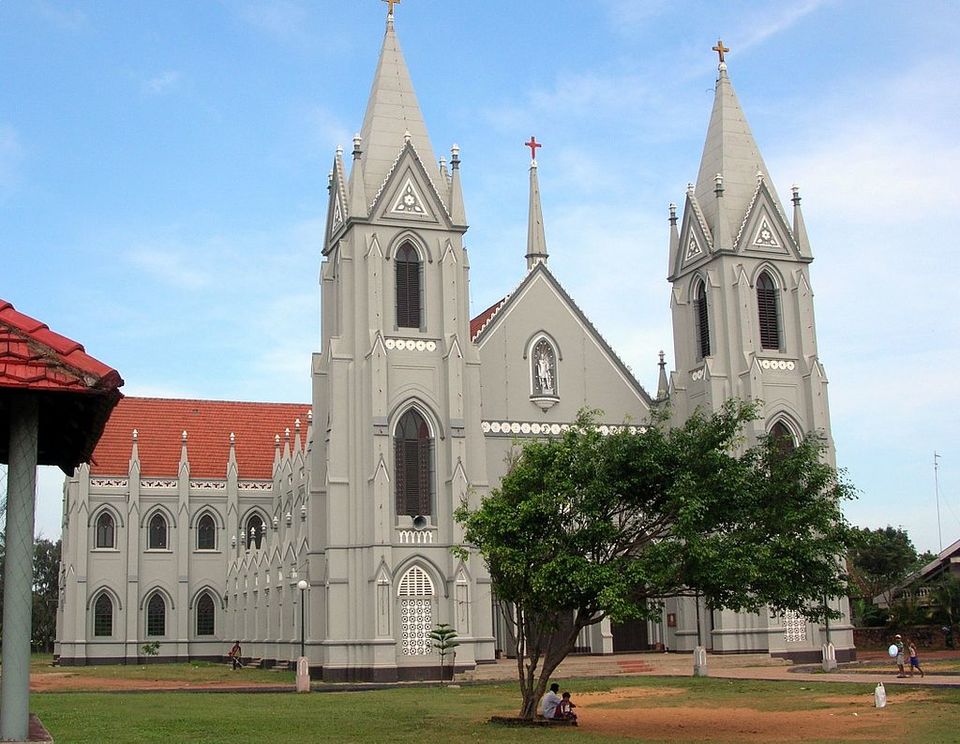 It was here that my friends and I came to terms with the nickname of the town – Little Rome.

A few days into the trip and now we were in the Horton Plains National Park taking on the Kirigalpoththa mountain and Thotupola mountain, which happens to be the second and third highest mountains in Sri Lanka. It was an arduous hike as the marshy terrain of Kirigalpoththa mountain made it a time-consuming affair and a much more arduous task considering the fact that we also climbed Thotupola mountain the very same day. As we were running low on our budget, we decided to walk out of the park, as opposed to taking a tuk-tuk.

Once we got out, we were dying to get ourselves cleaned. We were trying to find places close by to stay for the night and rest our weary legs, but all of the places were booked. When all hope was lost, one of the guys had a family relation in the neighbouring town of Nuwara Eliya and suggested we go to his place to find a suitable abode for all of us.

Luckily the buses that go through these narrow roads rarely get crowded, which made it possible for all of us to travel from the Pattipola train station to Nuwara Eliya with some sort of comfort. While on the journey to our potential abode, we came across something unusual emerging from the mist – a large barren piece of land filled with a different type of grass, farming trucks and much bigger cows.

My friends and I were so intrigued by the sudden change in the landscape that we forgot about our weary legs and decided to get off the bus, and explore the surroundings. It was here that we found out that we came to the Little New Zealand of Sri Lanka. Exploring the New Zealand Farm and the Ambewela Farm made for a perfect resting place after a hike, as the cooling temperatures of the hill-country, the calm surroundings, the evergreen grass patches and the large windmills gave us a sense of peace. After we had some fresh milk from the canteen of the farm, we hopped on a bus and took refuge in our friend’s relation’s home. We got ourselves cleaned first thing, before resting up and heading out to experience a new town.

The very next day we were up bright and early to explore the small town of Nuwara Eliya, which is also considered to be the town that rests on the highest altitude. Nuwara Eliya is a small town, but what lacks in size makes up for the unique landscapes, architecture and traditions of the Old World.

Walking about the banks of Lake Gregory reminded me of the Serpentine Lake in Hyde Park, England, and the Race Course along with the strawberry fields were really something out of the ordinary. 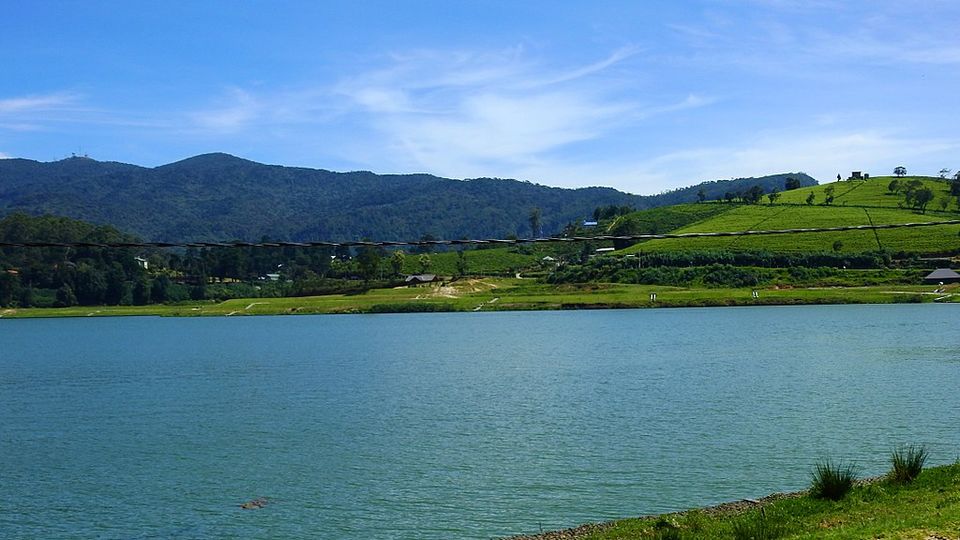 We jaunted along the town centre and stumbled across a gem in the form of the pristine Victoria Park that reminded me of Stratford-upon-Avon, the home of William Shakespeare. Although we didn’t really discuss it amongst ourselves, I think all of us realised why Nuwara Eliya was the colonials’ favourite town for that all needed respite to remember home. 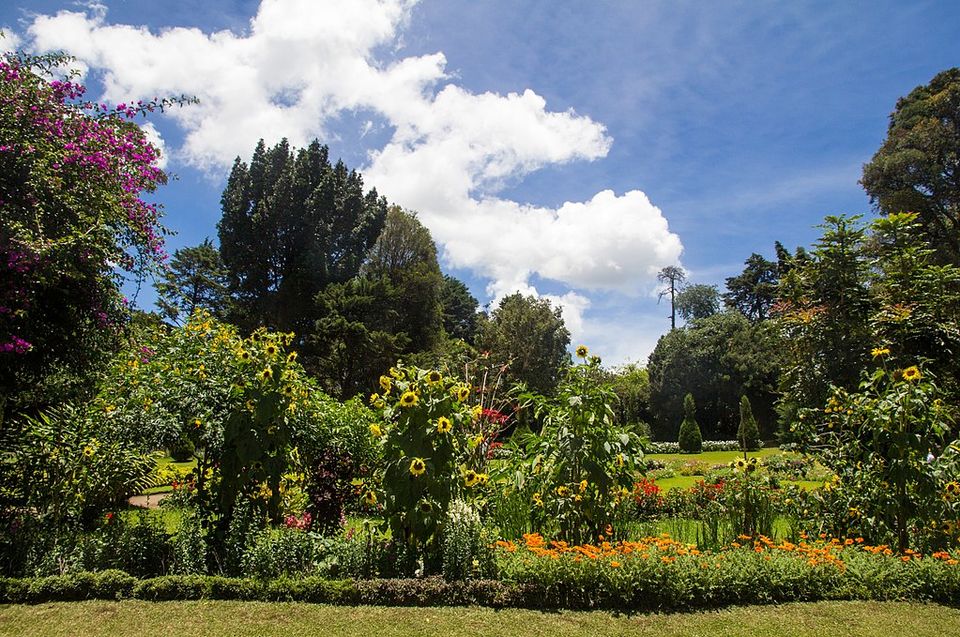 A few days in the hill-country and we decided to come down to sea level, as we explored the east coast of the country. Although not as developed as the west coast, it still boasts of a more rustic charm to it. Void of high rises and modern housing, it is still possible to witness how life used to be in the old days.

It was when our journey was nearing the end that we stumbled on something completely Middle Eastern, something Arabian – the town of Kattankudy. Populated by mainly Muslims, the society here has a strong connection to the Arab states, as they are able to converse in Arabic and dress similar to Arabian traditions.

The image that I see when recollecting the memories of my time there is the main road that had an entrance archway, rows of date trees lined up in the islands of the road, and buildings and monuments of typical Arabian design. Having visited Saudi Arabia before, the experience was not so different.

Although the trip was not as long as how ‘El Che’ ventured in South America, it at least paid some sort of homage to his exploits. But what we really took out of the trip and made us feel proud of this country is the diversity of landscapes and cultures that live together in relative harmony.