I had stayed at Pradhan hotel at Maneybhanjan... The room was at the top floor with wooden architecture. It cost me Rs. 1000 for one night (all meals were charged separately).

We left Maneybhanjan by jeep in the morning and reached Sandakphu around 5 pm. On the way we had stopped for lunch.... and also to take few photographs. At some points where the road was very steep we had to get off and walk up while the jeep went up with our luggage.Night temperature drops to -10 and can even go to as low as -15 due to winds from the Kanchenjunga mountains. So we decided to grab an early dinner of khichdi and omelette. Finally after some chit chatting, we went to bed.

Next morning we woke up at 5 am to witness the glorious sunrise..... It was biting cold but thankfully the weather was clear and we could see the magnificent display of the peaks.

Sandakphu is the highest peak in West Bengal. It offers grand views of the some of the world’s tallest peaks viz. Mt Everest, Kanchenjunga, Lhotse and Makalu, the 1st, 3rd, 4th & 5th highest peak in the world.Three sister peaks stand tall towards the north. The Sleeping Buddha lies before you with Kangchenjunga, the third highest peak, standing with its family at 8,586 mts. The entire cluster is famously called as The Sleeping Buddha due to its appearance. Mt. Kumbhakarna forms the head and face of Buddha, while Kanchenjunga forms the upper body. The other peaks that make up the rest of The Sleeping Buddha are Kokthang, Rathong, Frey, Kabru South, Kabru North, Simvo, Mt. Pandim, Tenzingkhang, Japanu, Narsing.

Towards the east, you see the highest ranges of Bhutan. Its highest peak, Chomolhari, rises above of all other peaks around it.

Though all the other peaks could be seen.... I missed Everest as it was covered by clouds.

This photograph was clicked by me a little after sunrise and offers a clear view of the grand peaks.

I hope to visit soon sometime to get a full view of Everest too. 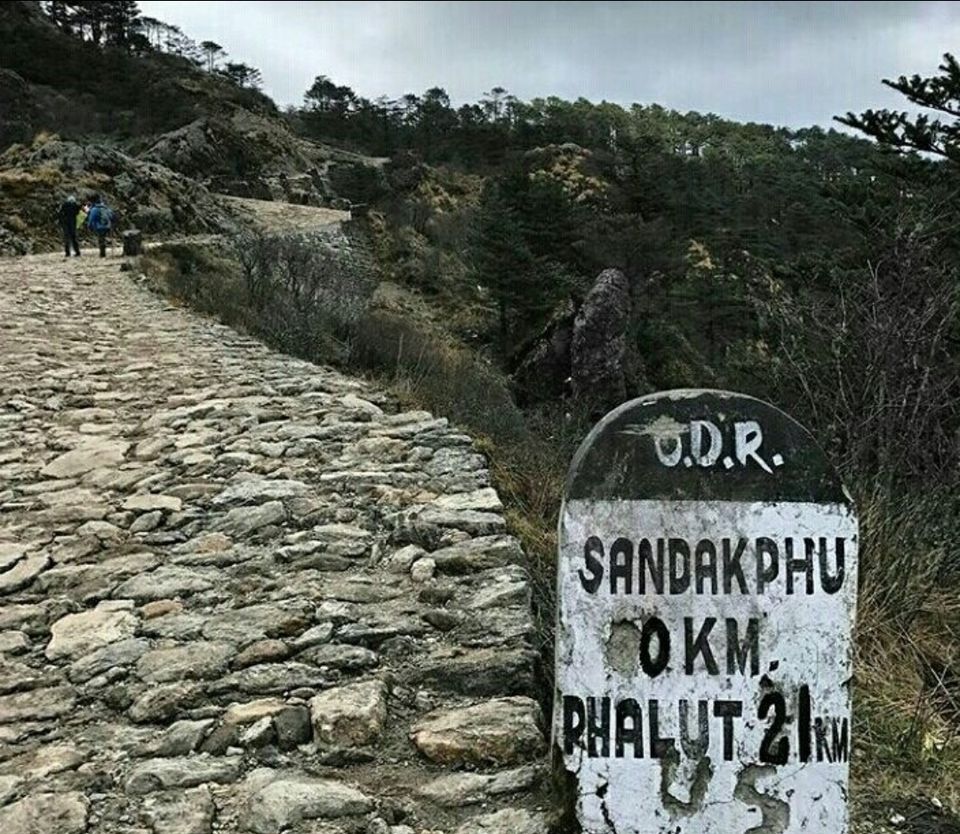 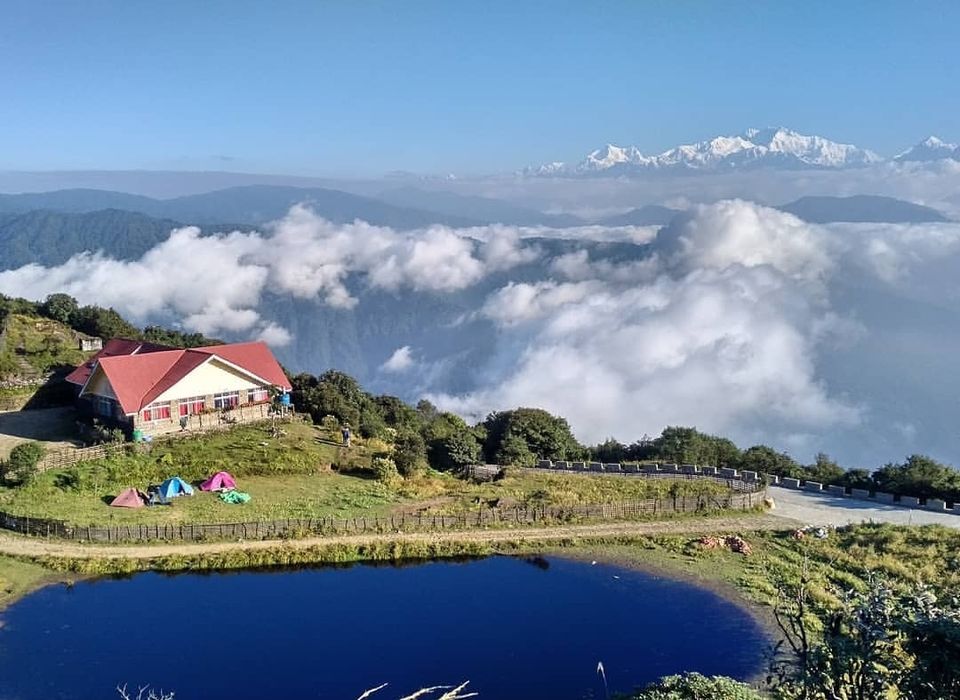 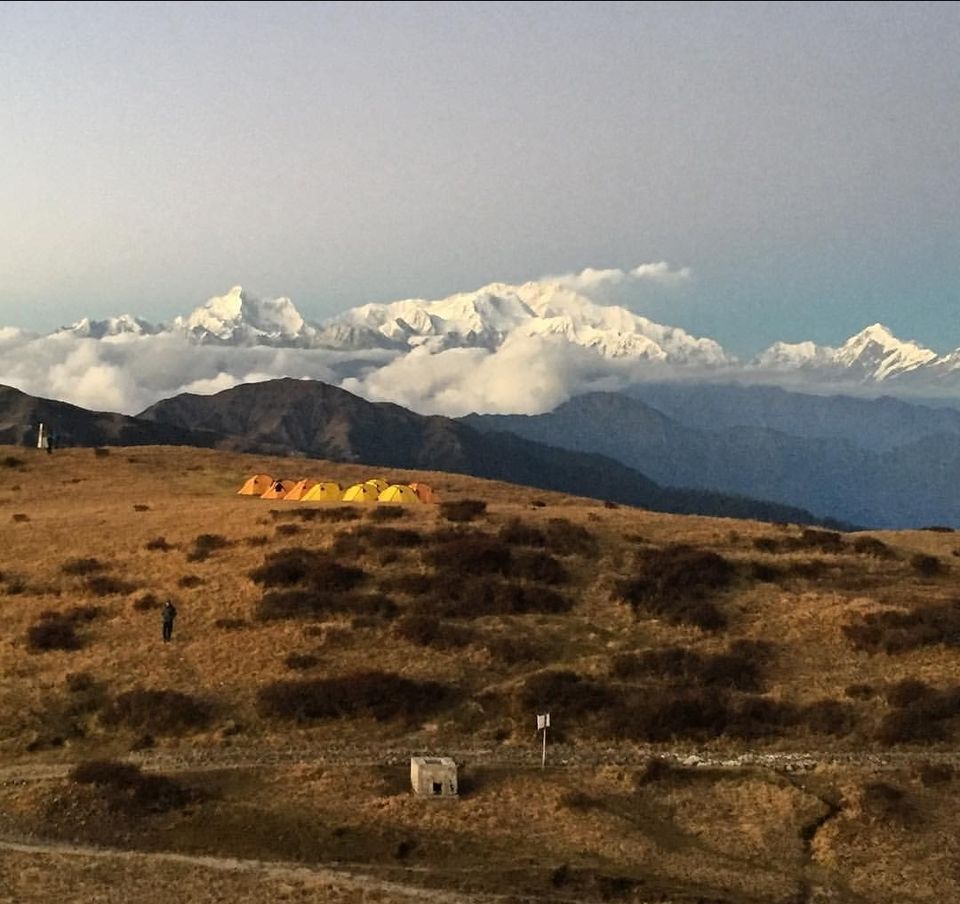 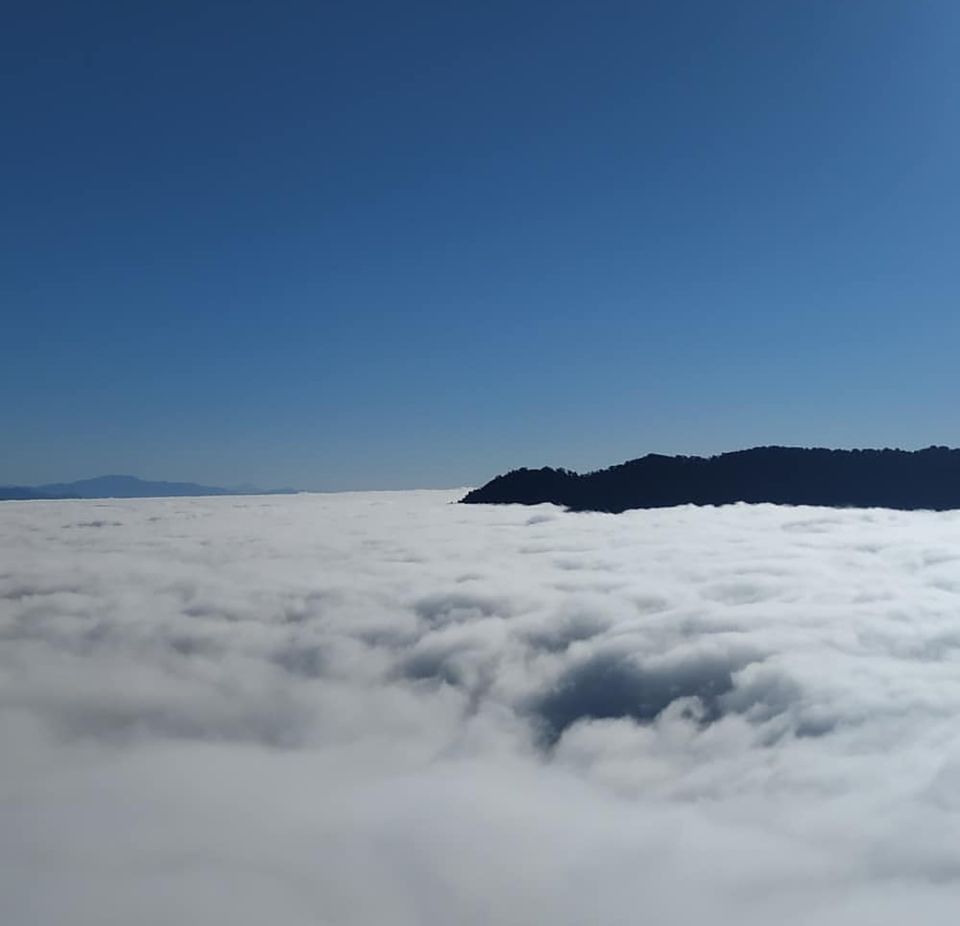 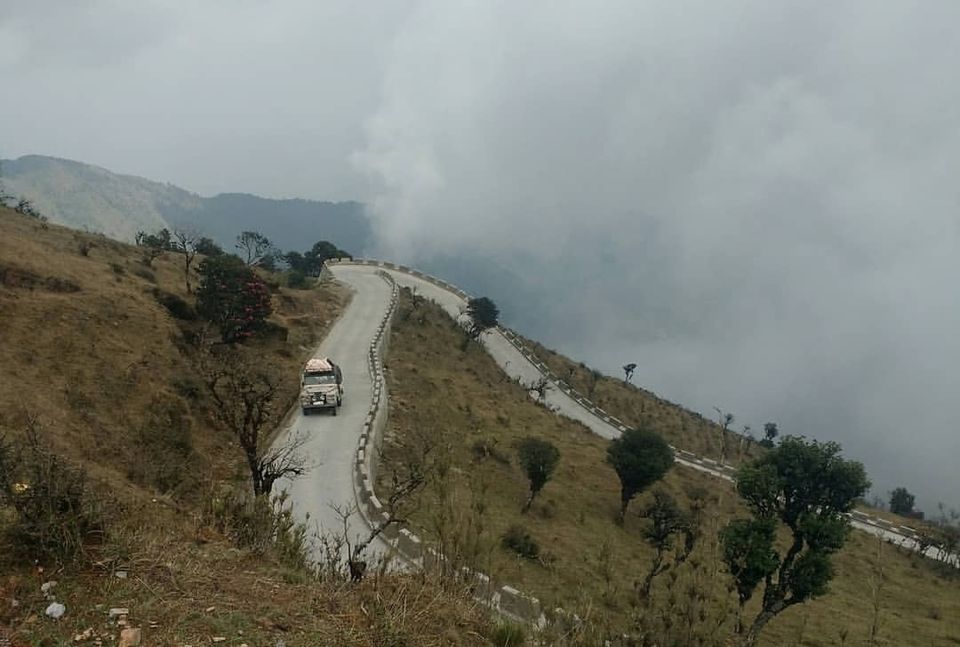