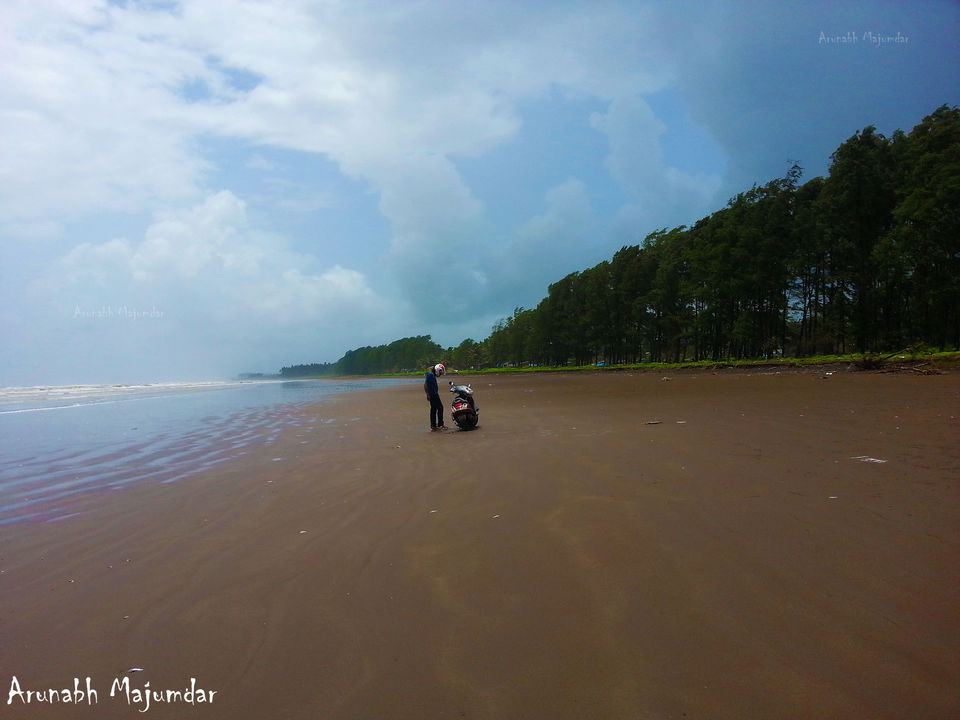 Entrance to the Kolaba Fort 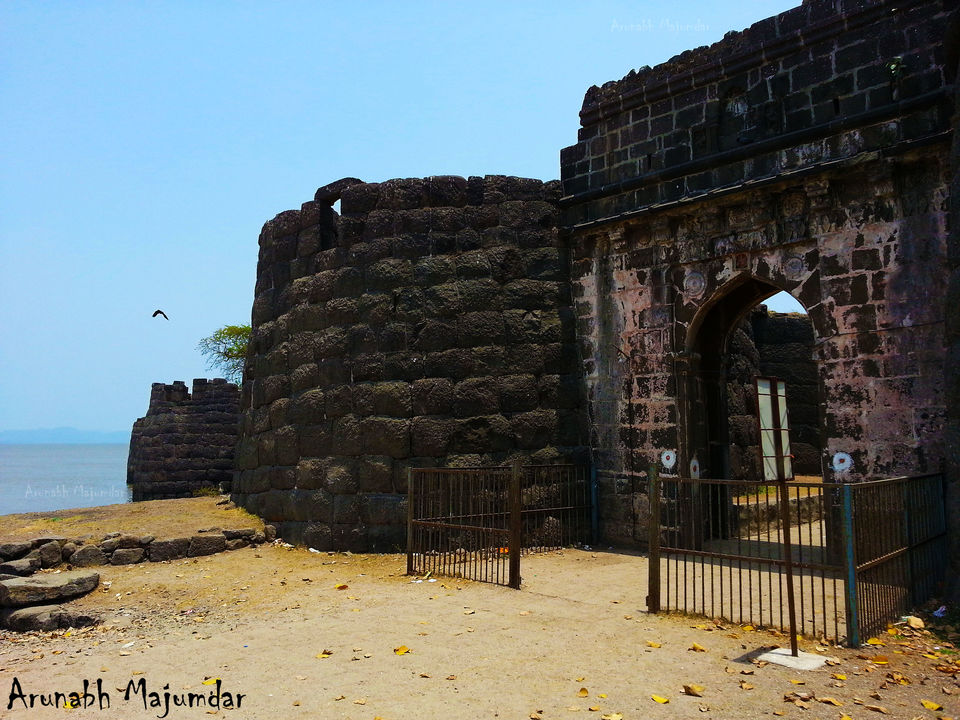 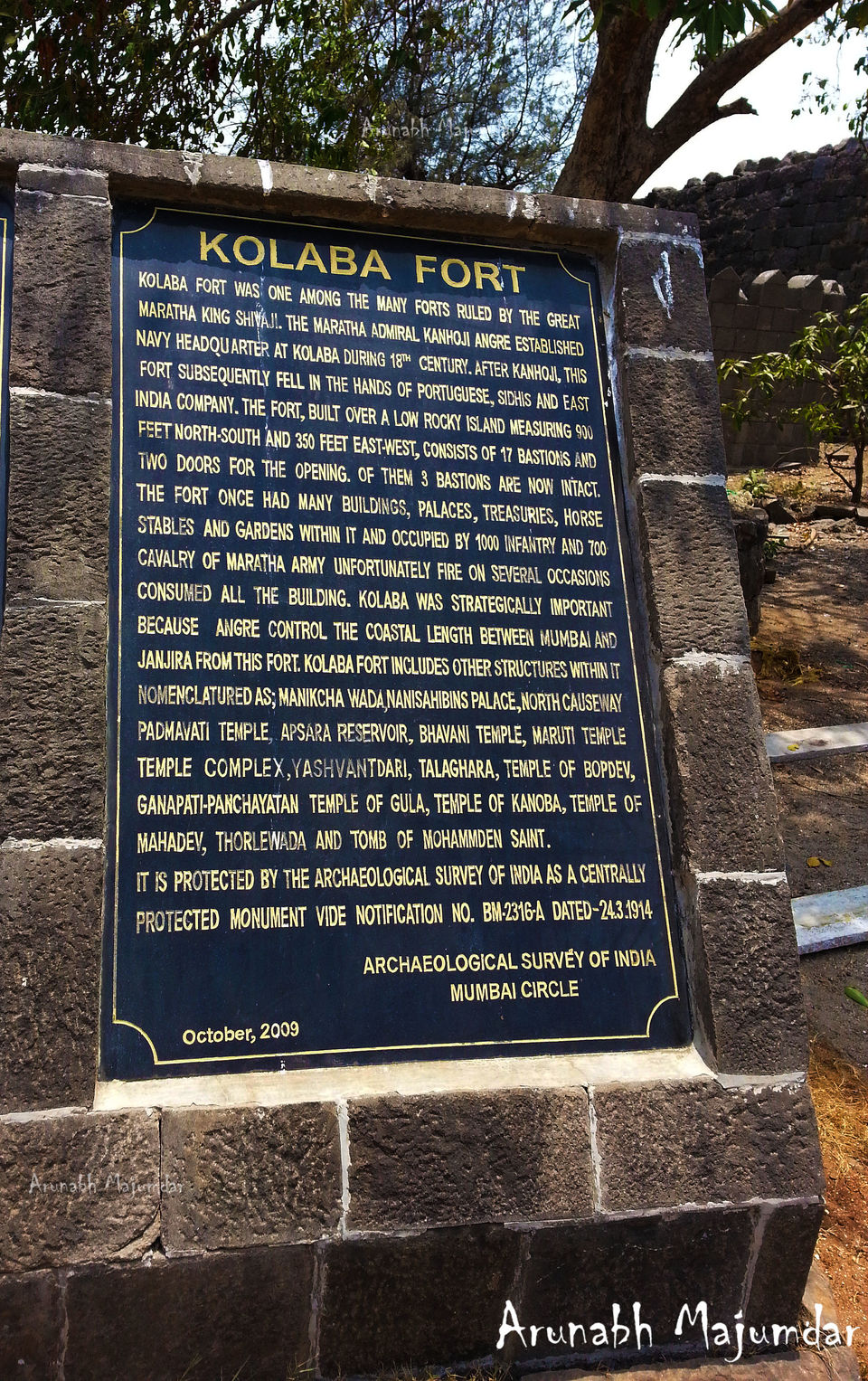 view from one of the numerous points at the f 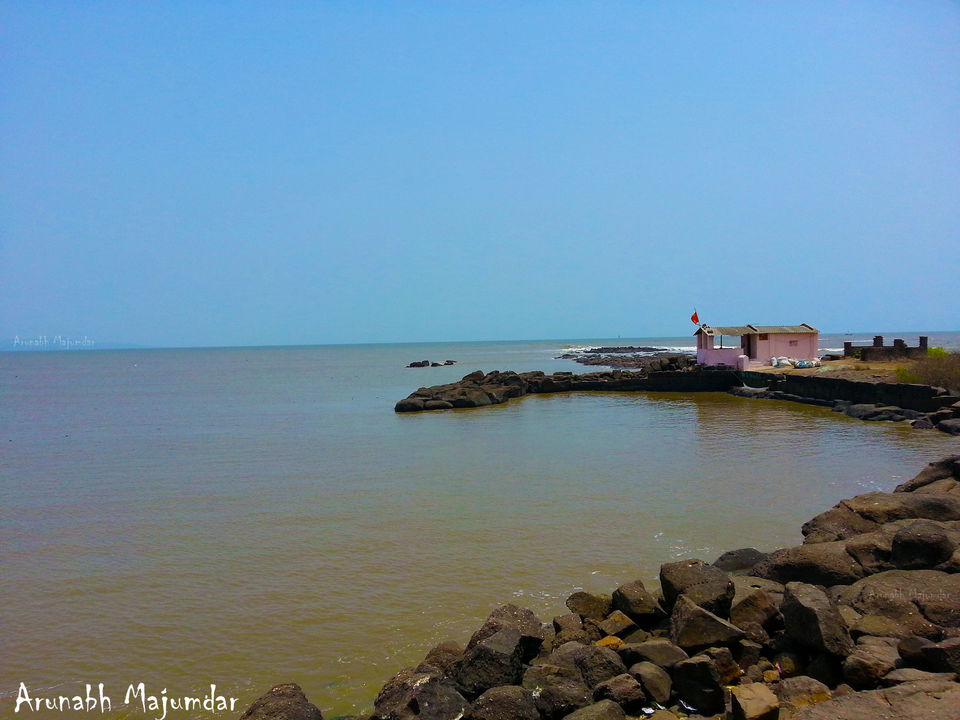 Giving in to temptation 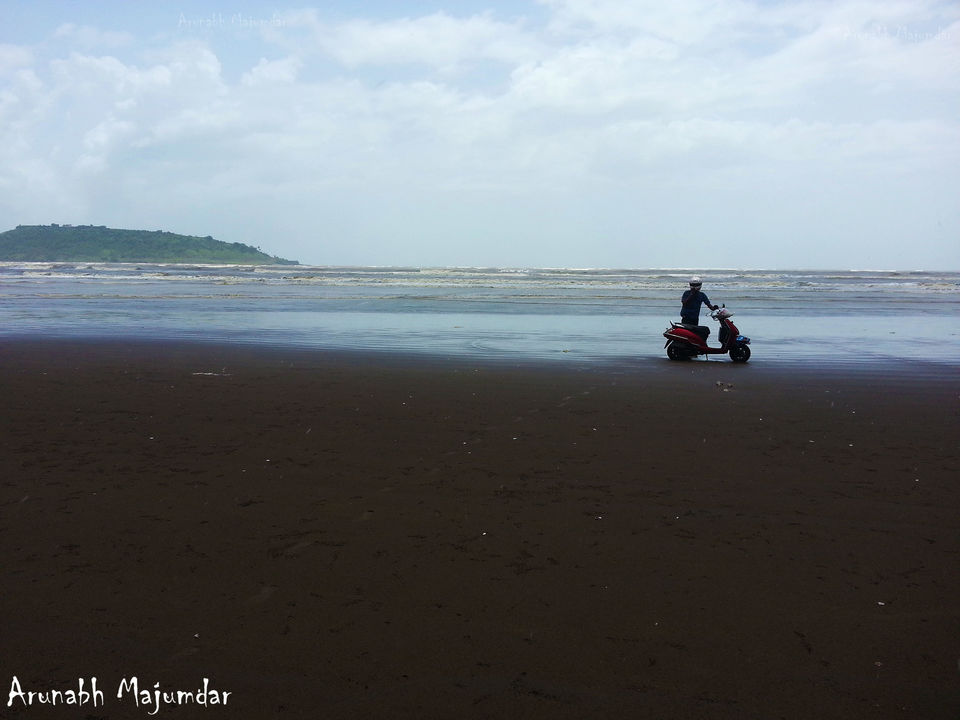 and repenting it soon after 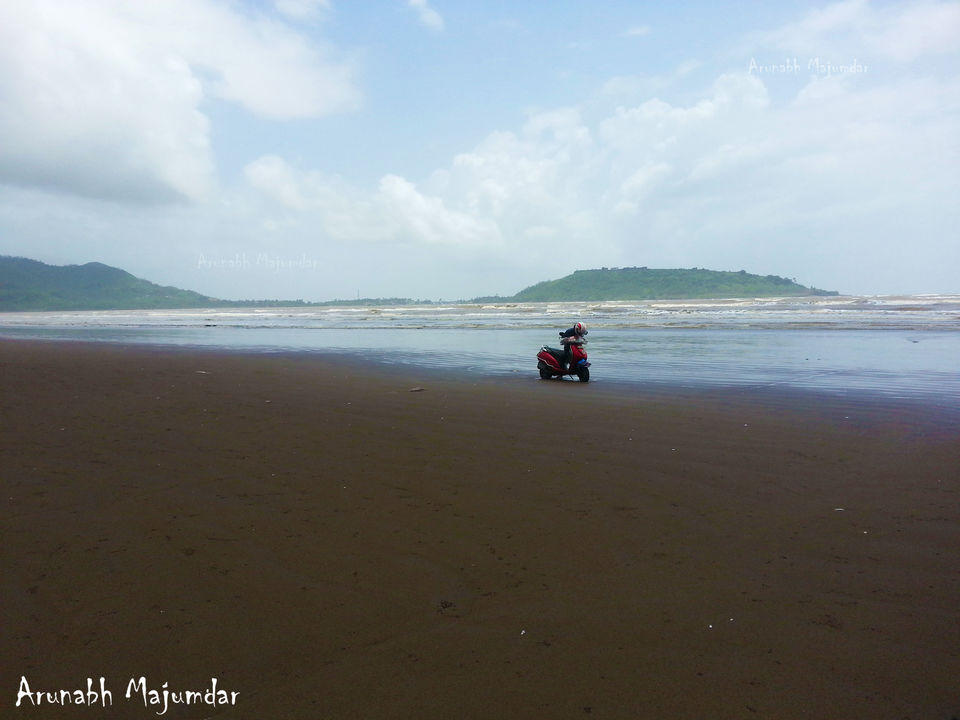 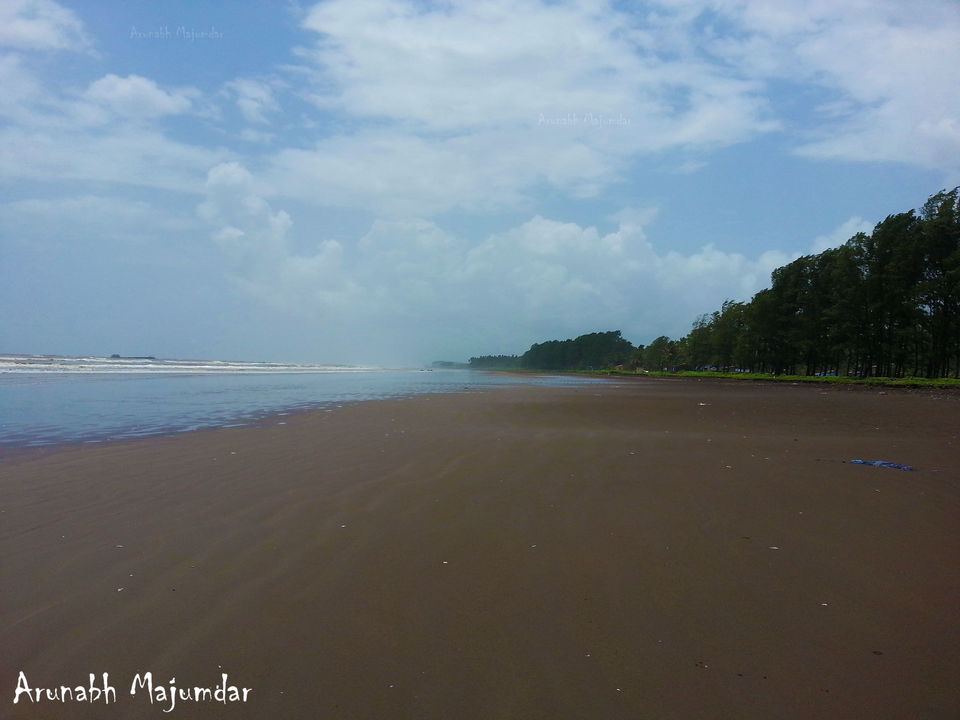 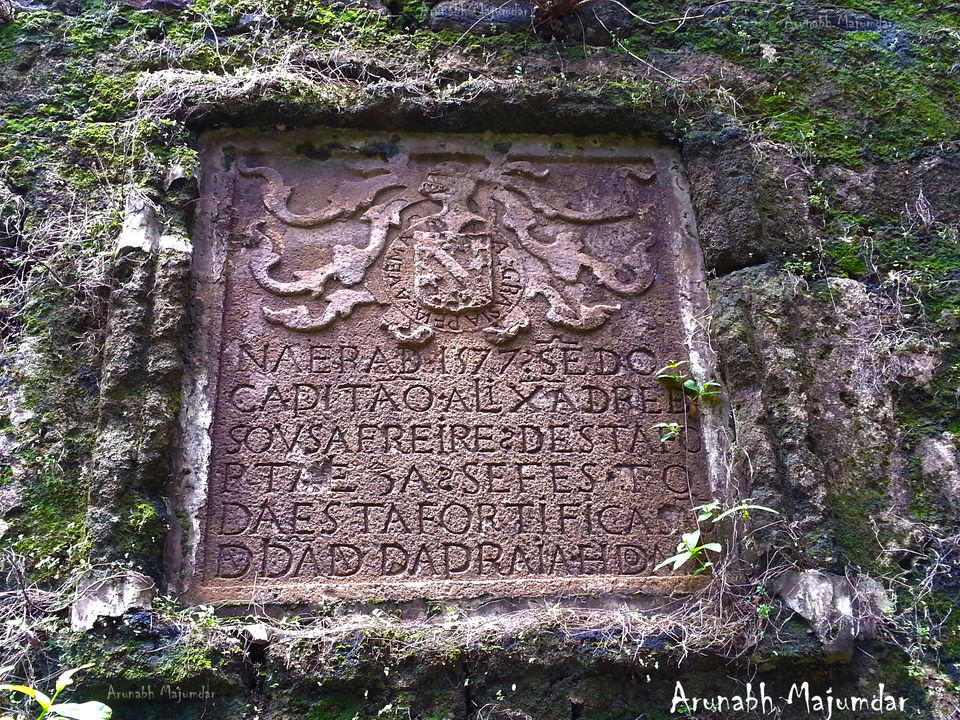 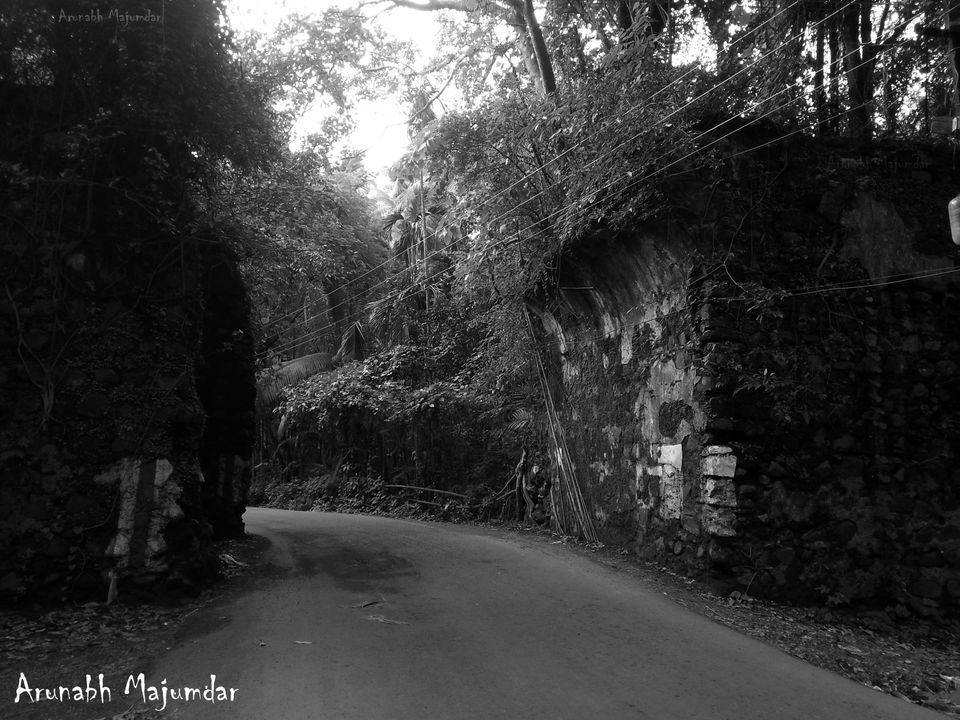 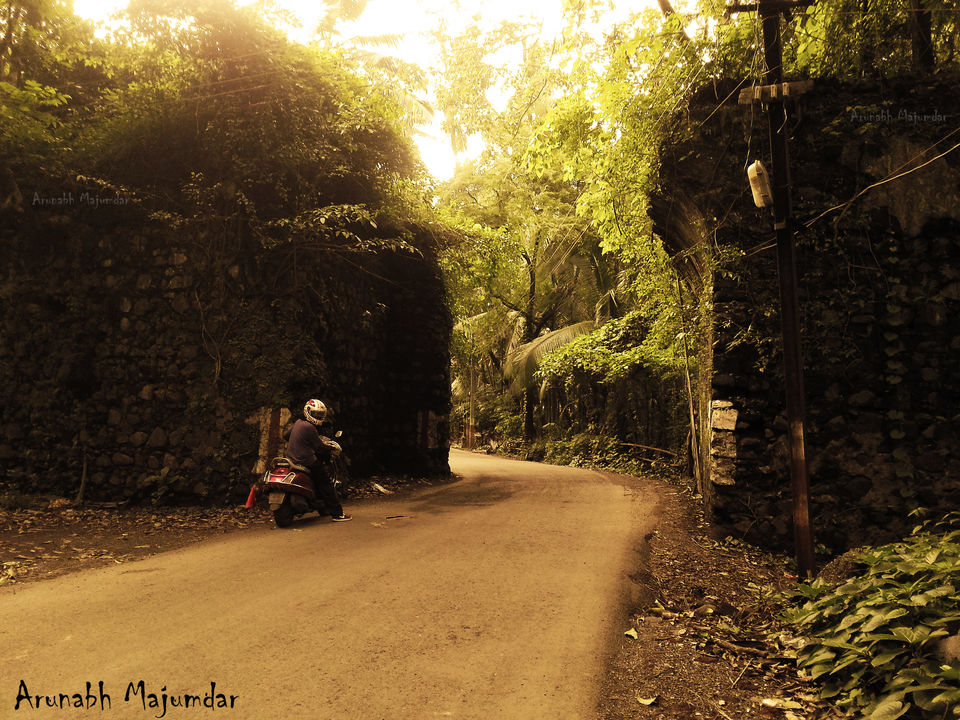 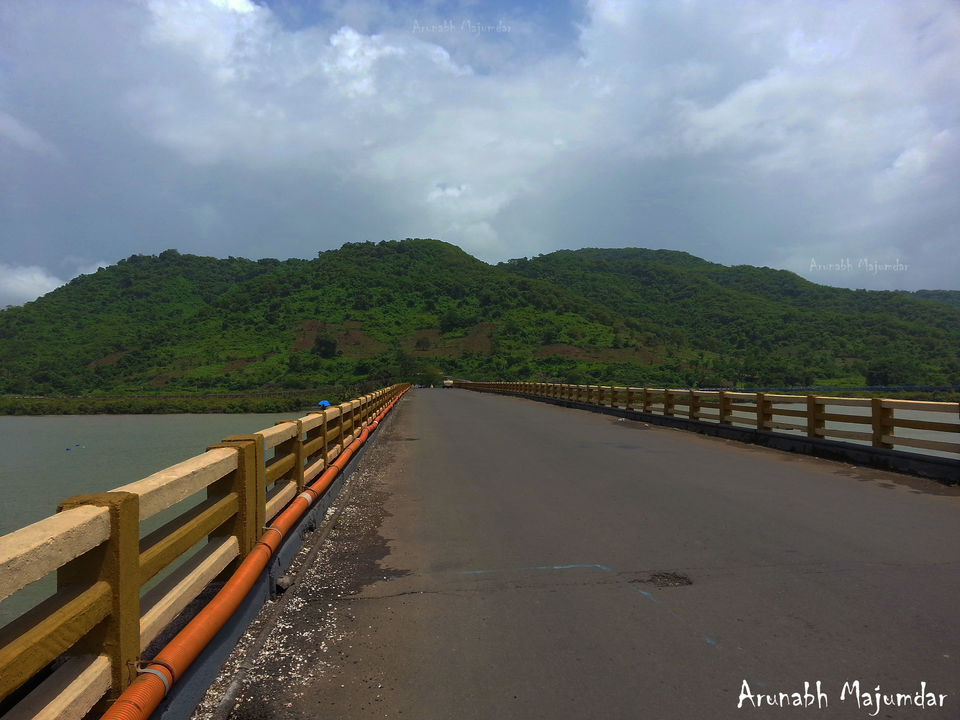 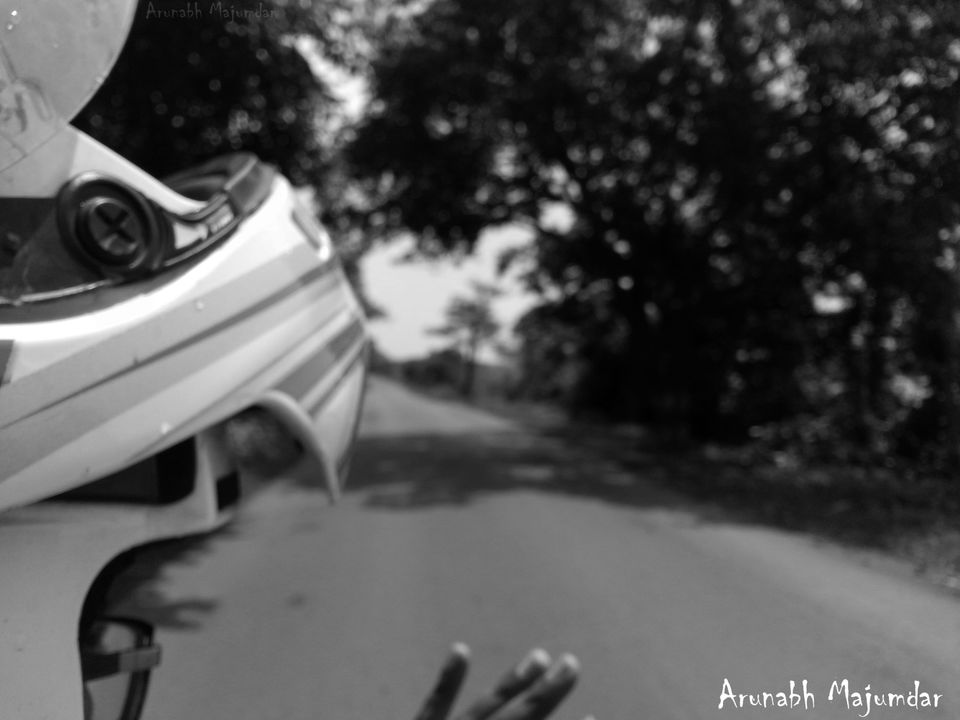 Crucifix on top of hill 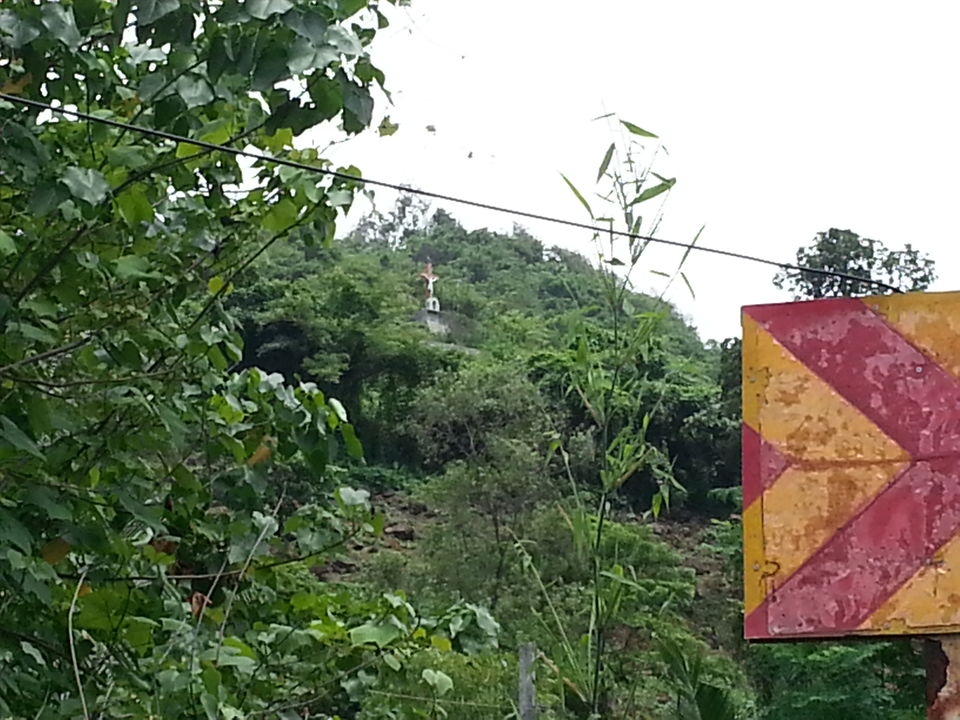 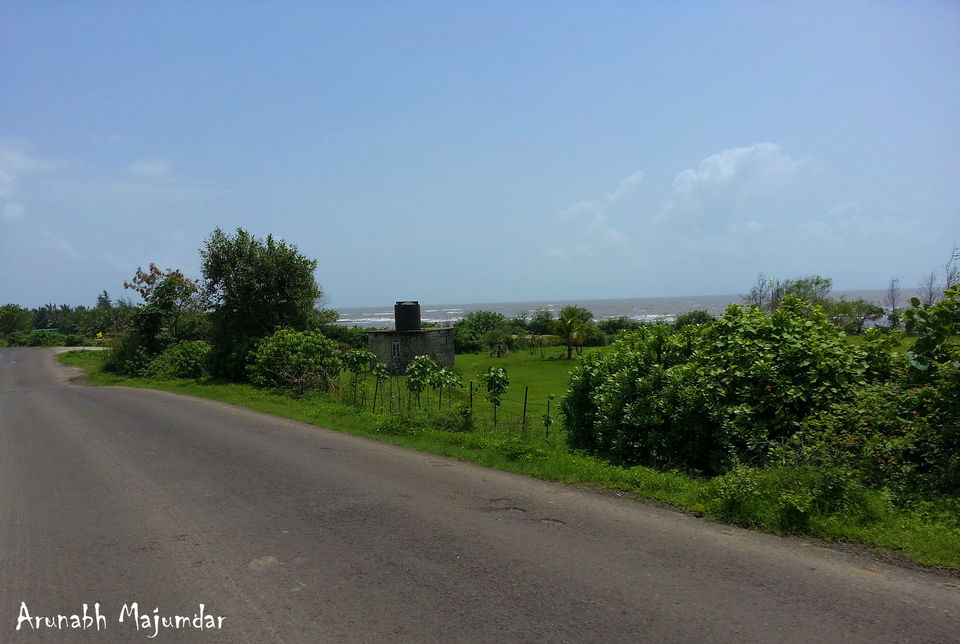 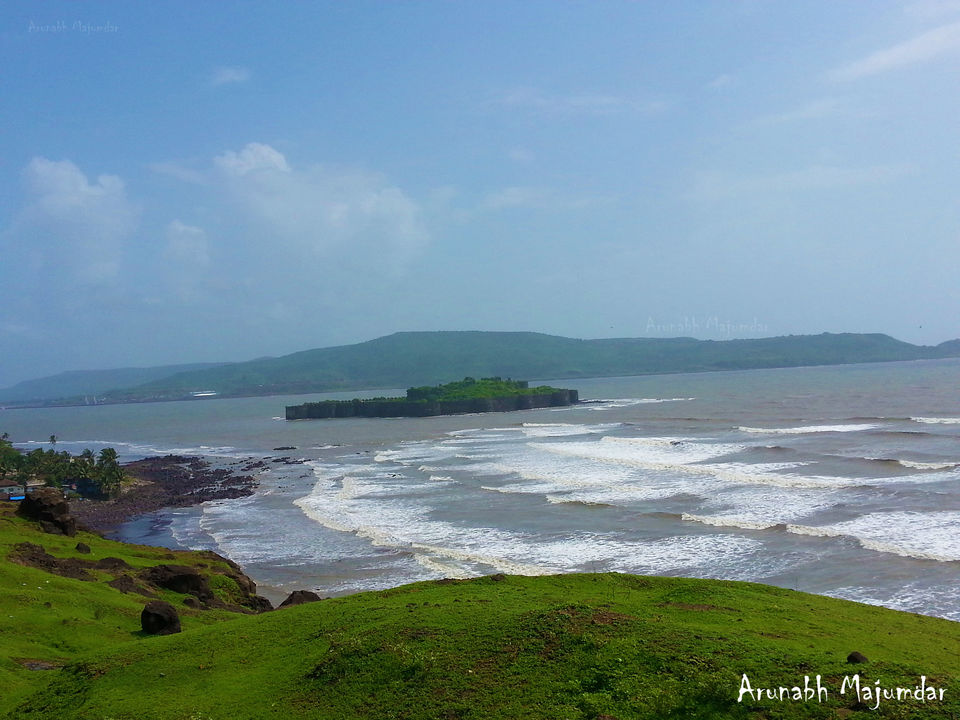 Khokari tombs by the side of the road 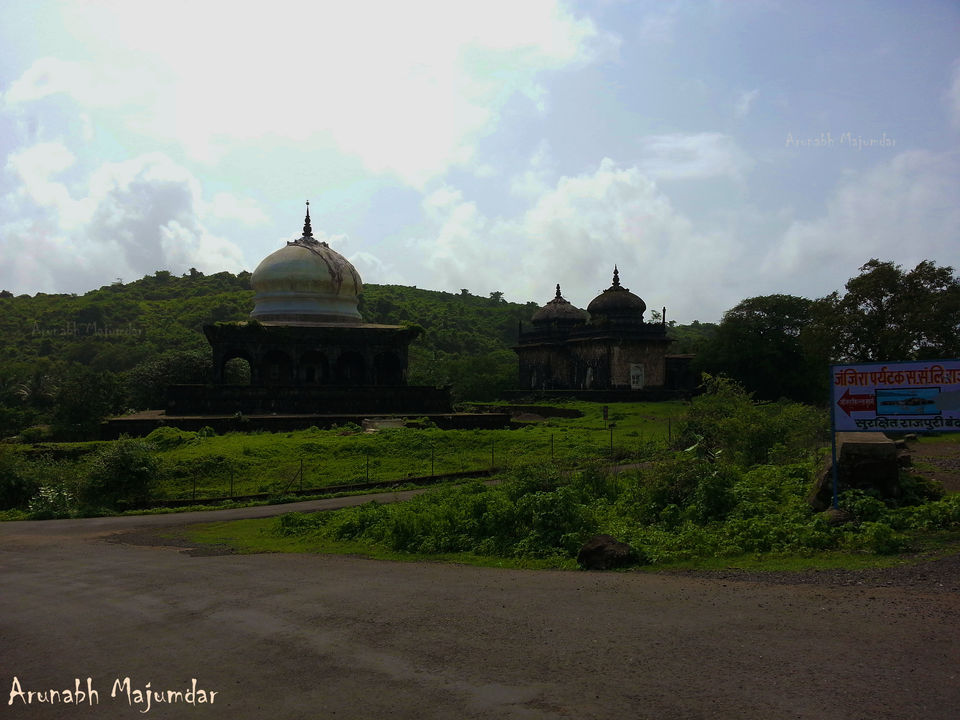 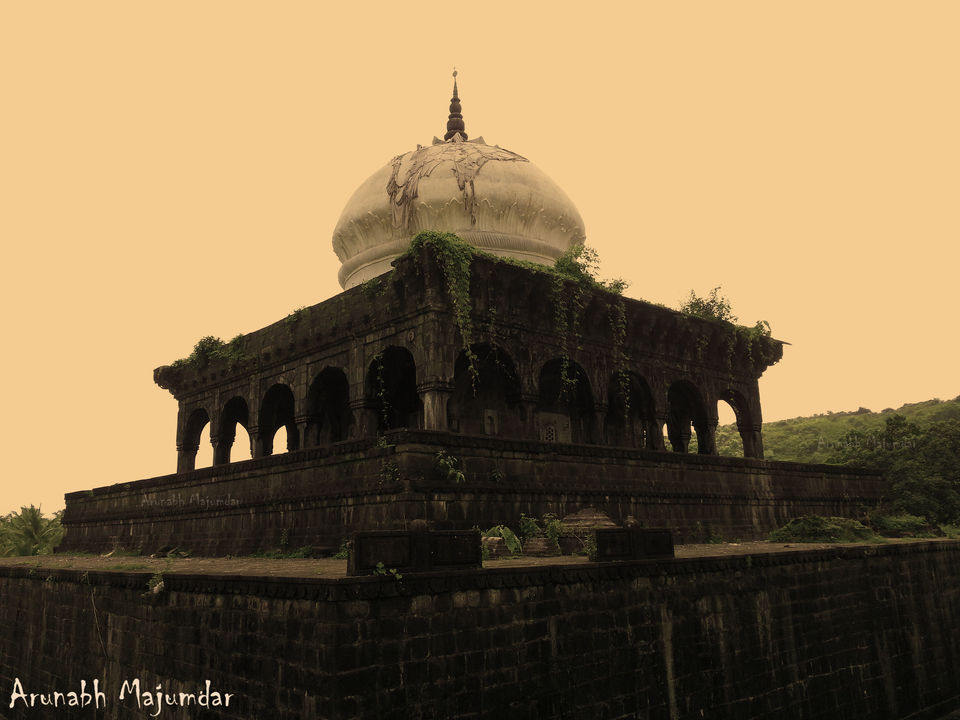 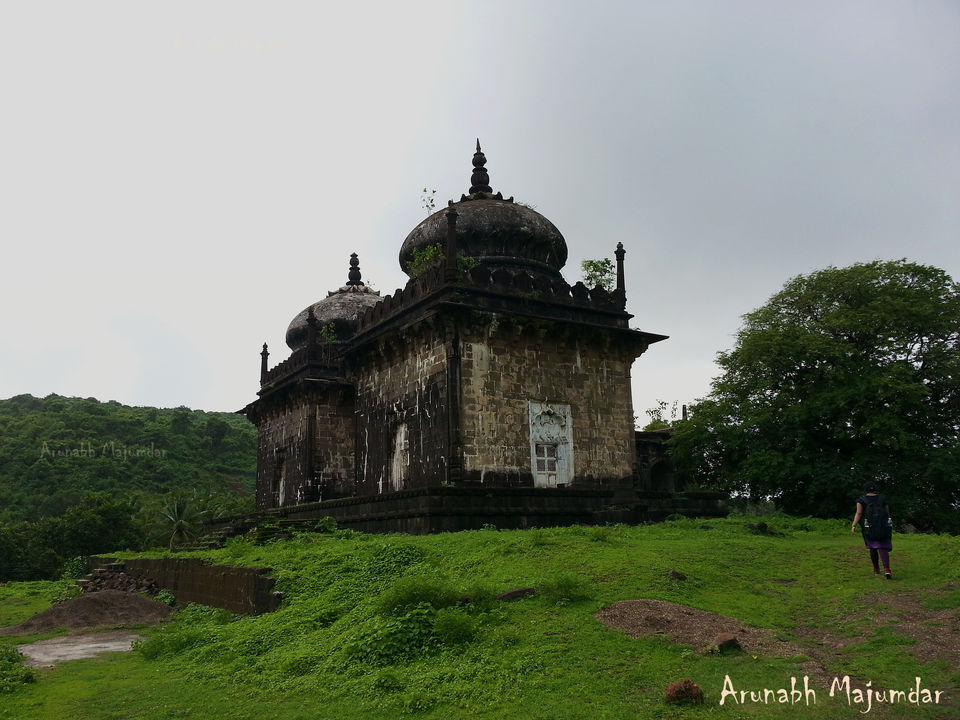 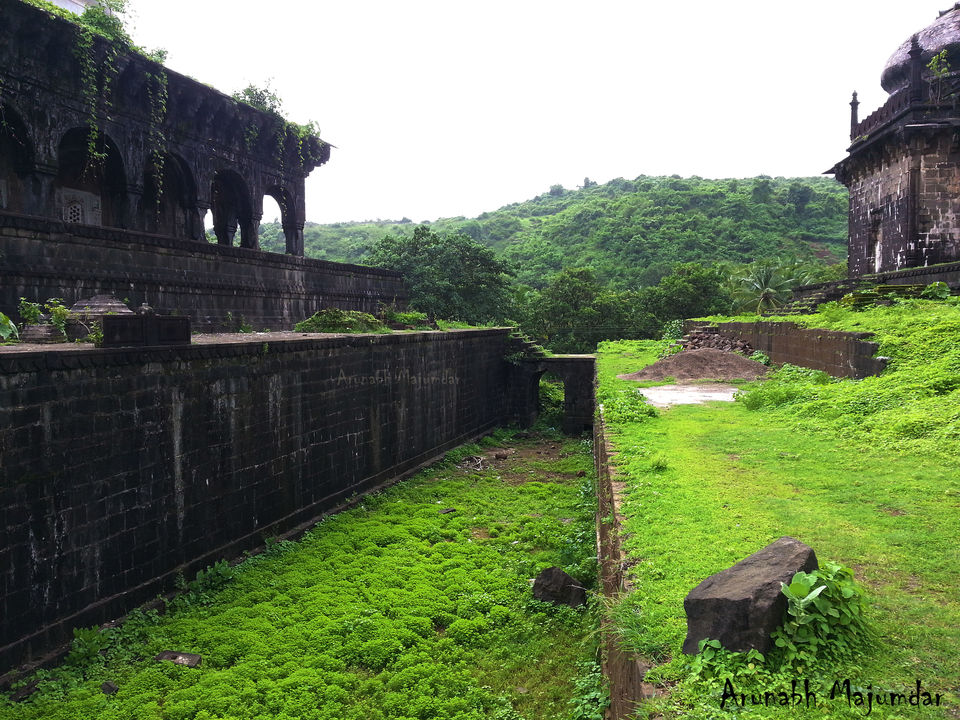 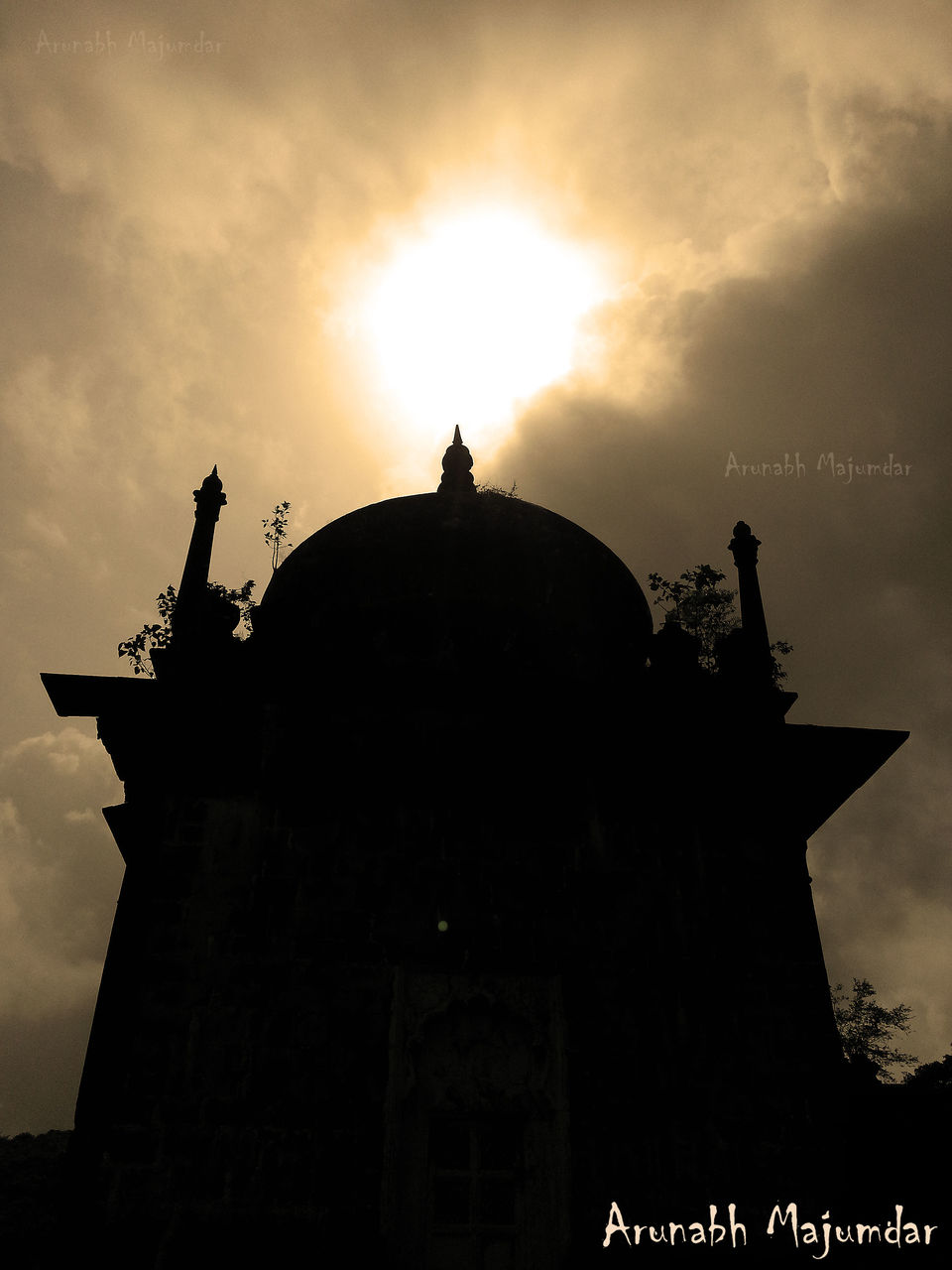 The main tomb and renovation in progress 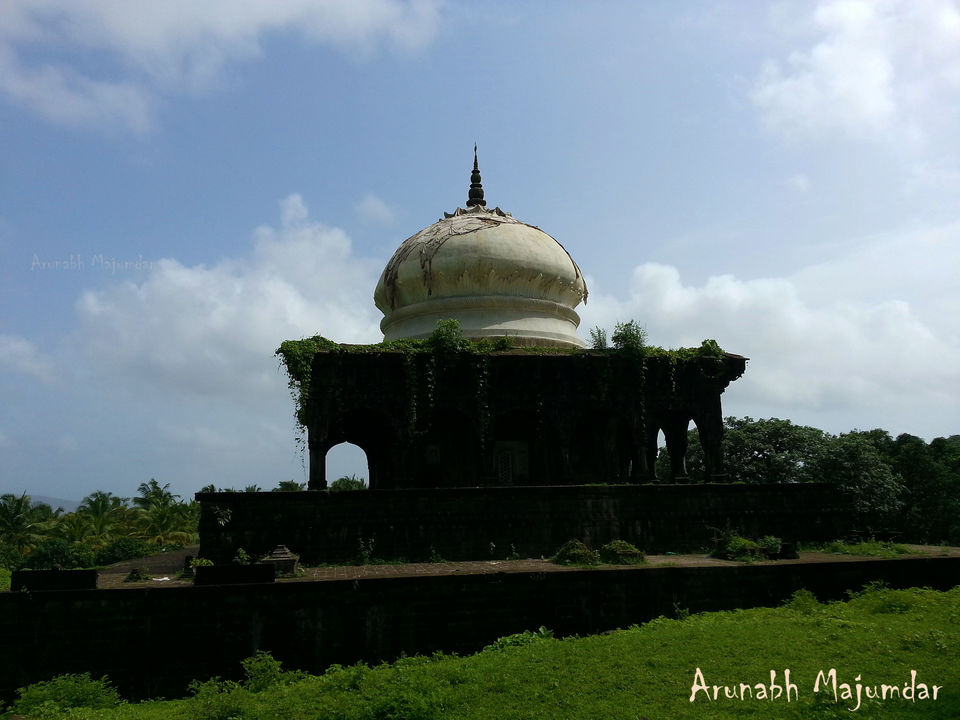 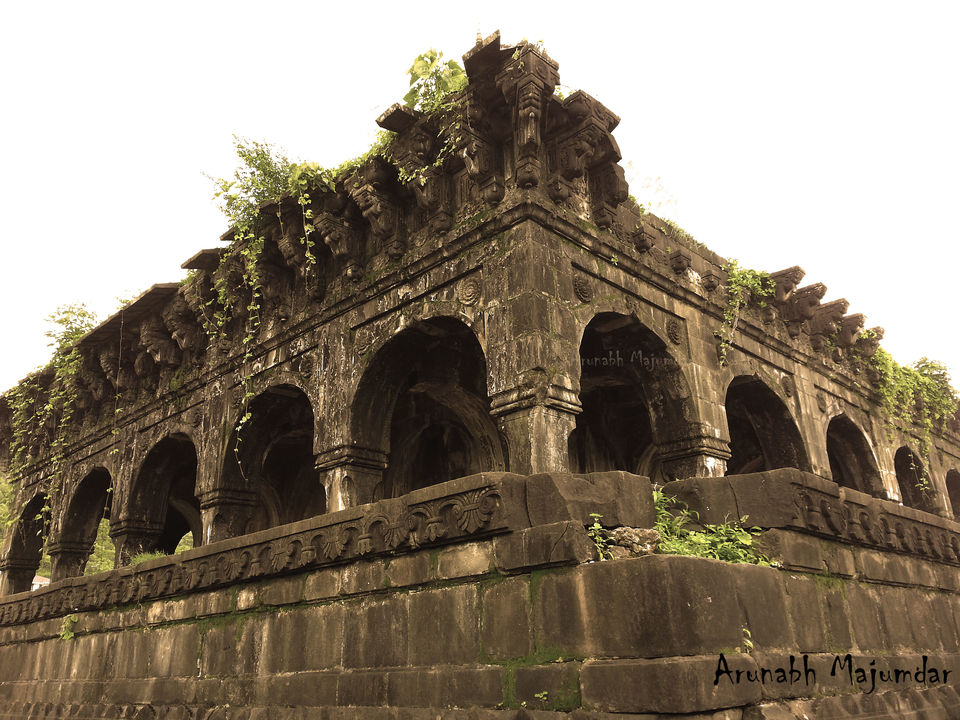 Entrance to the Main tomb 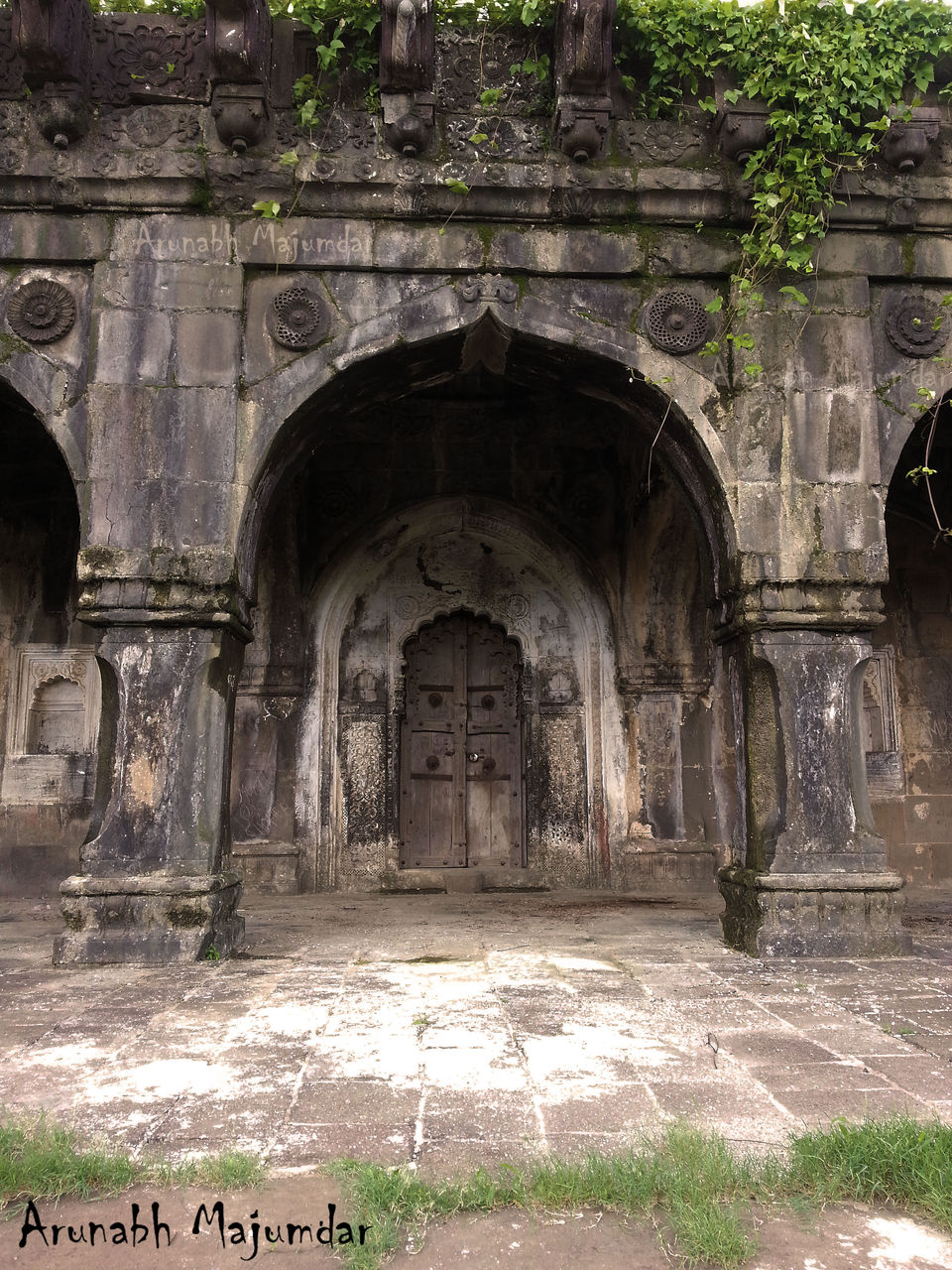 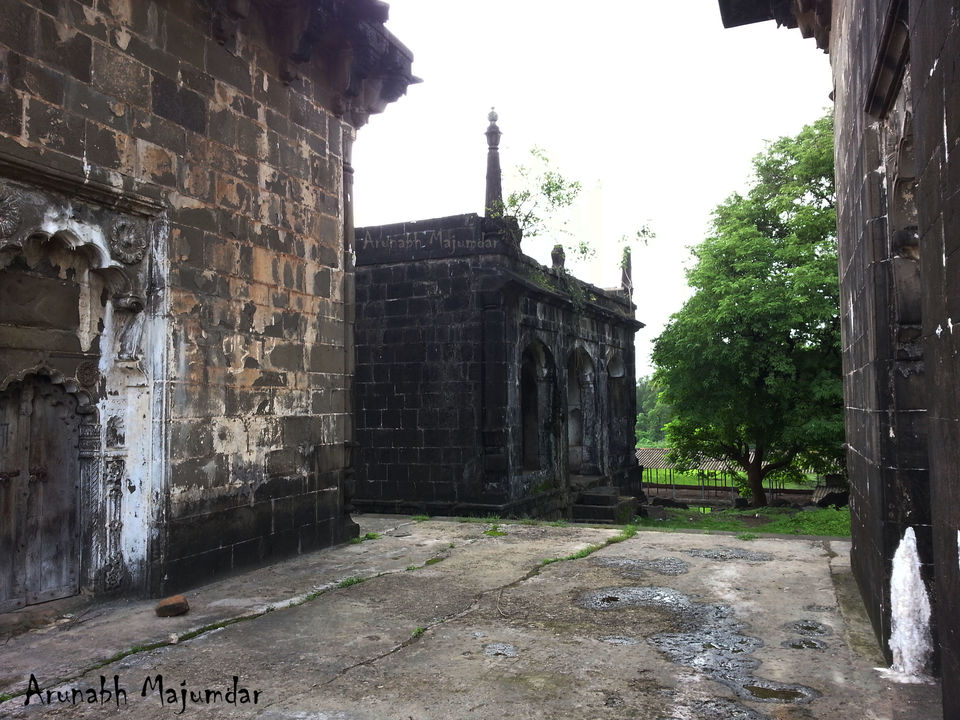 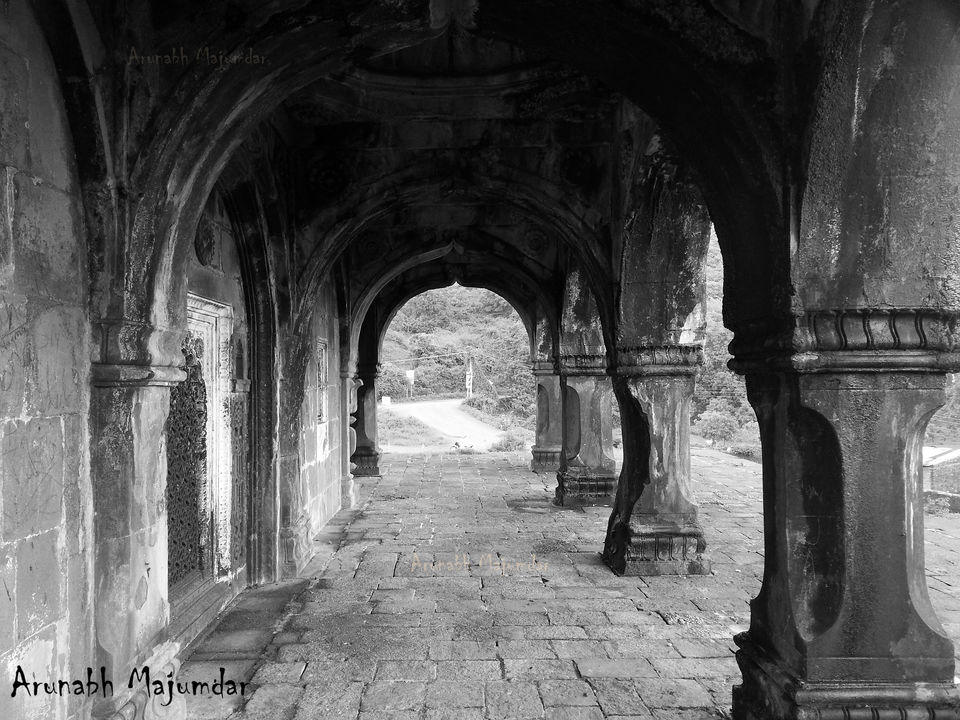 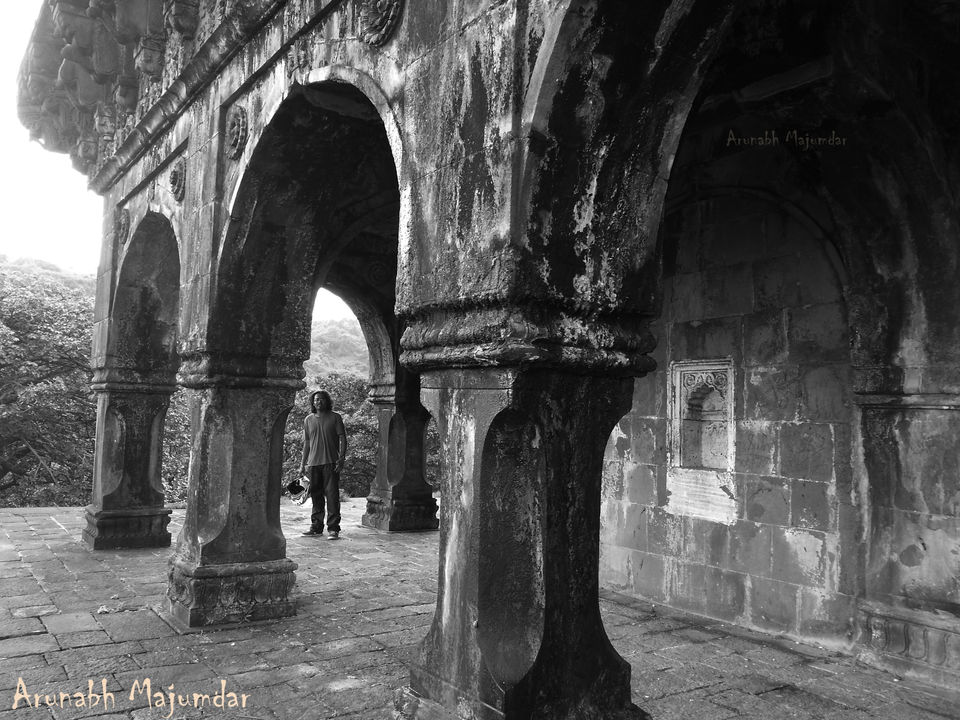 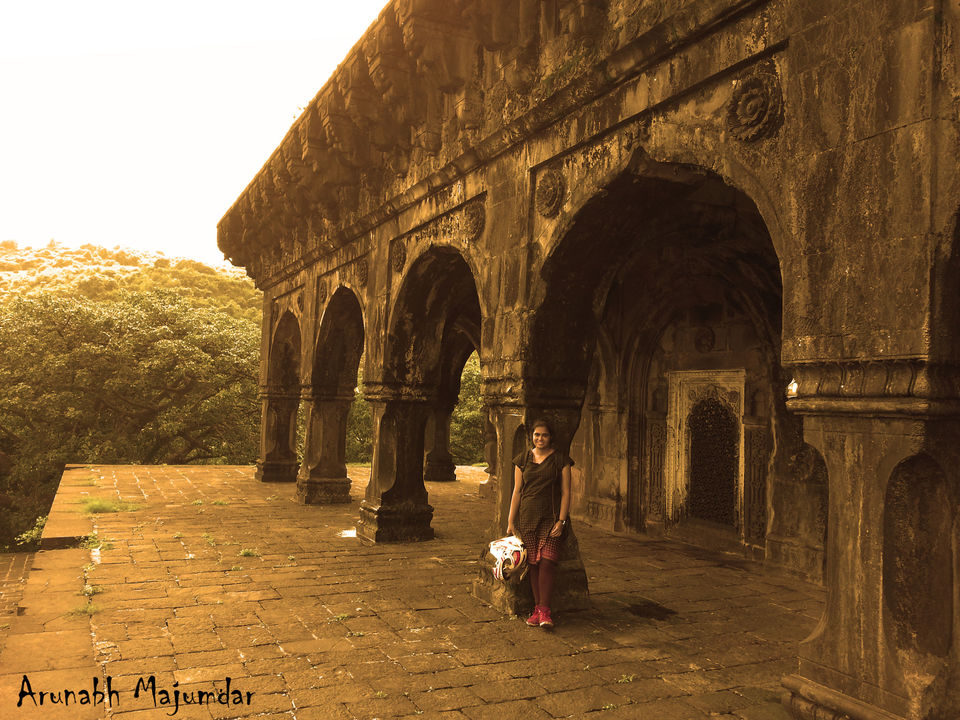 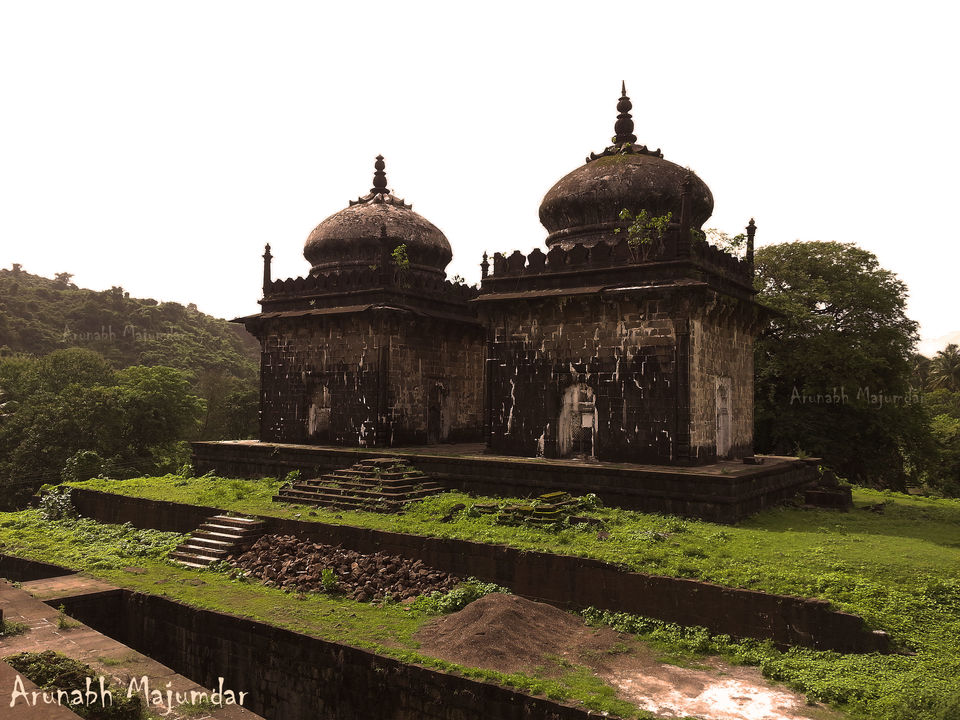 With friends swearing by Goa, I was at my cynical best when someone suggested a trip to Alibaug – apparently known as mini-Goa. “Spare me the cliché”, I thought. As if encountering crowded beaches and overpriced hotels in the real deal wasn’t bad enough, I am supposedly expected to drag myself a 100 kms off Mumbai to a place called mini-Goa. Maybe they have mini-Sunburn too. (Sunburn is probably the only reason why I still hold the place in high esteem). Personally, Goa has some stellar alternatives down south in our very own Karnataka (Gokarna, being one) which if I may add are fast gaining popularity. Owing to a bunch of over-enthusiastic beach loving pals I was assigned the task of the looking up on Alibaug. And being the accomplished procrastinator that I was, I didn’t. It wasn’t long before the usual “trip-cancellation-syndrome” kicked in among our pals (with a job) days before the trip. This is a normal occurrence and I have frequently have had to go on trips alone, initially planned with enough guys which would make private bus operators jump for Joy. Agreed, travelling with a bunch of pals is great. But solo travel has its own charms. Since I was all but raring to set rubber to tar on The Konkan coast road, I and Kaushani, a close friend decided to head out to Alibaug anyway on my trusty activa. And Boy was I impressed! (With both the trip and the bike)

Why would anybody name Alibaug as Mini-Goa is beyond me. The name serves as a misnomer. Its everything is Goa is not. There are less people! That reason alone had me unnaturally gleeful! The roads are less cluttered and the beaches looked like beaches. Not a playground with more vendors to put hawker’s street to shame. The road to Alibaug is scenic. Once we crossed Vashi and its numerous fly-overs we hit the road to pen.

The road after pen is exceptional. I have ridden through forested-ghat sections before. I have ridden through normal forested paths before. But I sure haven’t ridden through an elevated forested stretch with the sea on one side and the woods on the other before.   Hearing jungle birds kick up a racket while riding through a forest is quotidian. Jungle birds trying to kick up a din over the sound of crashing waves down below was pristine. For me. I was floored. How often do we ride through woods and manage to catch a glimpse of the open sea amidst the labyrinth of trees? I am no beach fanatic, so maybe there are other places which offer similar visages. I would love to be enlightened on this one.

Like most good things in life, the forested stretch didn’t last too long and it wasn’t long before I was back to my traffic –hassled – abuse mode. Kaushani promptly took over while I languished on the rear seat. Like most coastal areas, food was legendary. (Tip: Try the Coconut milk chutney).  Surprisingly a few miles before Alibaug, the brown coloured Maharashtra Tourism boards displaying every beach and their corresponding distances comes in useful. They should do this more often. Make people go to a beach they have never heard of before for the simple reason it was 0.2 kms from where you parked your bike for a smoke break.

Alibaug has the famed Kolaba fort. In the sea. Off the shore. Considering the plethora of forts the state has, this one was surely a bit different, which I realized later wasn’t the only one on this road. (Janjira fort happens to fall on the same road from Alibaug!) A jetty takes you up and down to Kolaba for 100 bucks. (Tip: The jetties don’t run in the monsoons). The fort is a psychedelic feeling. It’s a bit weird to find a temple and a small village constructed within a fortified island in the middle of the sea. This was new to me, which I guess usually is for someone not much of a coastal traveller. The fort is in ruins, save for the main entrances and a few of the walls. The abrupt white temple in the middle of the history and antiquity around doesn’t really help. The view?  Let’s just leave some photos here shall we?

Back on the road after Kolaba, was probably the biggest highlight of the trip. (Tip: If you can make if back from Kolaba before 11 am, you are in for the ride of a lifetime). Welcome to Revdanda Beach. Untouched, off the main road and a ride through narrow lanes with spectacular wooden Mangalorean – Udupi styled houses on either sides with enough coconut trees to give parachute hair oil a run for its money. Revdanda is brilliant. The place resembled the beaches we see on exotic destination pics on the net. I really did wonder for a while if it was a private beach. Of the 2 hours we spent there, all I saw a dog. (who left after a while), The temptation to ride the Activa on the beach became overpowering before I finally gave in. (Tip: Bikes sink into the mud if you get too close to the water and riding on beach sand on a scooter is a bit different. Feel free to put side stand if you are close to the water- you can watch your bike fall in slow-motion! We did.) I was tempted to run wildly on the beach with the barest clothing human dignity demands. Yes I succumbed. (No pics of that one here!).  2 hours and a gratifying bath later we headed out to Kashid, the next beach on the highway. (It’s called the Murud – Revdanda road btw on Google maps.). (Tip: Revdanda village, is an important place for Indian Jews (Source: Wikipedia), unlike me, please do read up on the history before you go there: helps appreciate the place better). Don’t be surprised to see beautiful (and equally old) Latin (probably) inscriptions at random places throughout your ride while you are in Revdanda.

Kashid is beautiful though it is no Revdanda and people swarmed the place. (Tip: Just follow the straight road after Revdanda: It is a spectacular ride with the sea on one side and hills on the other: Roads are good). We even managed to see a tiny crucifix atop a hill (Courtesy another smoke break). The road after Kashid is well enough to hit 80kmph with ease. Little street shops selling sea cuisine dot the place. Ride along the coast? You, sir have come to the right place. An unending visage of the coast interspersed with a few farmhouses on the beach. But they fail to rein in the mighty beauty of the sea. It isn’t far before the road starts rising and you see the majestic Janjira fort over the ridge. If you can time it right, seeing this visage in the sunset would be near perfection. I was too fort-weary; after the Kolaba deal and decided to give Janjira a miss. (Which turned out to be a foolish mistake; it’s pretty spectacular and I atoned for it a month back and returned to Janjira (Give Kolaba a miss if you must, but not this one).

A few kms along the winding road after Janjira fort is when I saw the tombs for the first time. The blackened abandoned Islamic styled buildings by the side of the road are something people would probably would gawk at and leave. I hadn’t heard of Khokari earlier before (which holds true for most of the places on this trip -I hadn’t heard of Revdanda either). A prompt stop and 2 creaky gates later, we were in. And yes, I was spooked. Located at a few kms from the Rajapuri village the Khokari tombs are 3 tombs about 500 years old. The place smelt archaic.  A reminder to the by-gone eras. The setting is perfect. (Located amidst a few hillocks, the beach a stone’s throw away). The condition of the tombs sadly is far from it.  Entry to the smaller 2 tombs is locked. Sudu Surul Khan certainly did not intend his tomb to be a party destination. Empty beer bottles and cigarette stubs littered the main tomb arcade. Half-wits have had bon fires up and running in the place. The ash and soot covered a substantial portion of the place. It was encouraging to see the main minaret of the main tomb getting a fresh coat of plaster and paint – courtesy AESI. But the litter failed to curb the charm of the place. Beautiful is an under-statement. Eerily beguiling would be a more worthy elucidation. It reminded one of the glories of yesteryears and the stark neglect to the place had fallen in the present. Kind of a bitter anomaly. And as they say a picture is worth a thousand words. Khokari turned out to be my own personal photographic muse. I leave you with the results. Till next time….