The Rise of Surfing in India

Plenty of emptys to be found in India, If you know where to go, when to go and how to go? 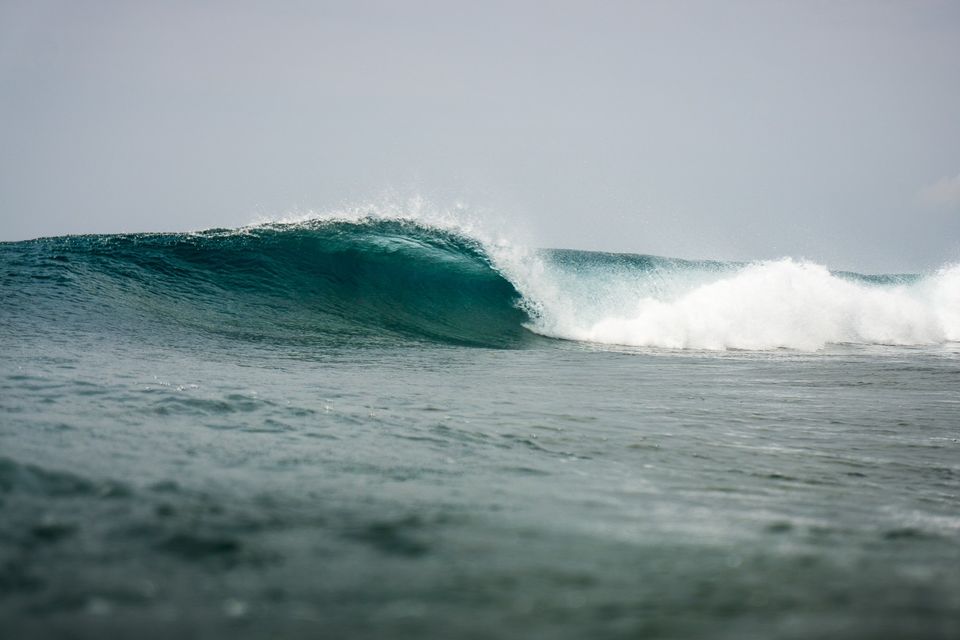 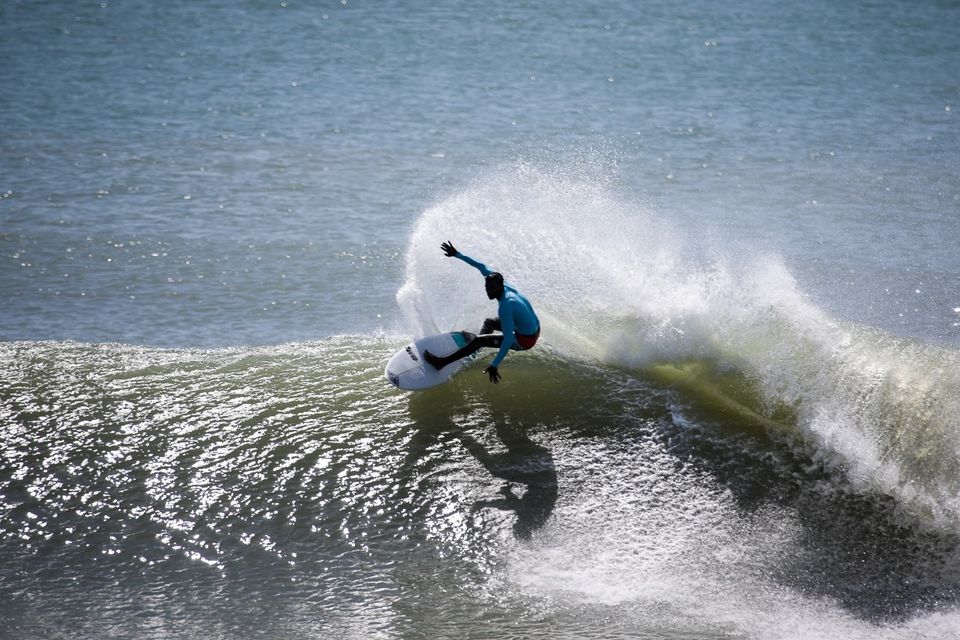 Craig Anderson seems happy to be chasing some empty waves off the islands of West Coast of India. 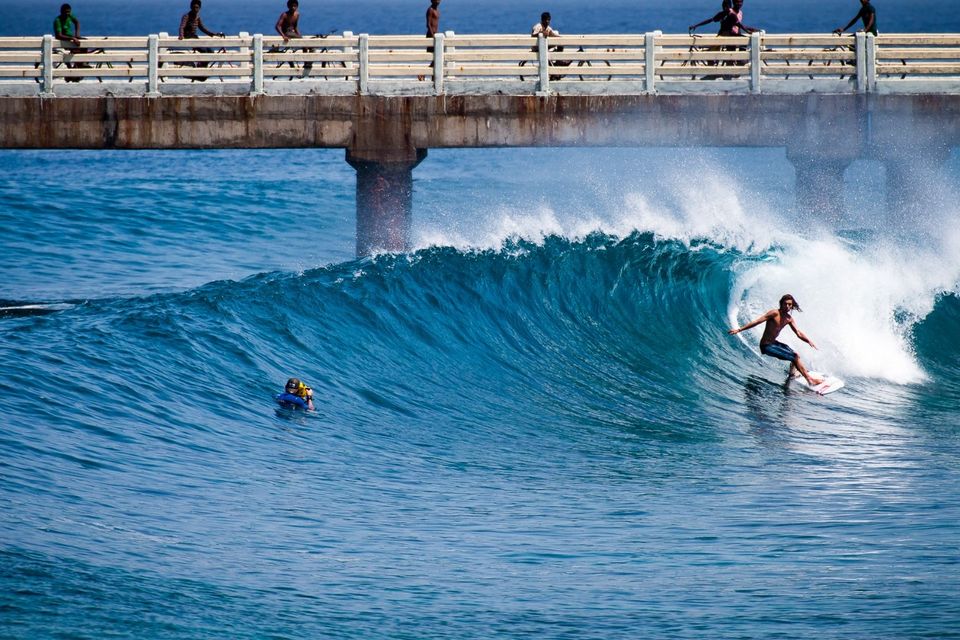 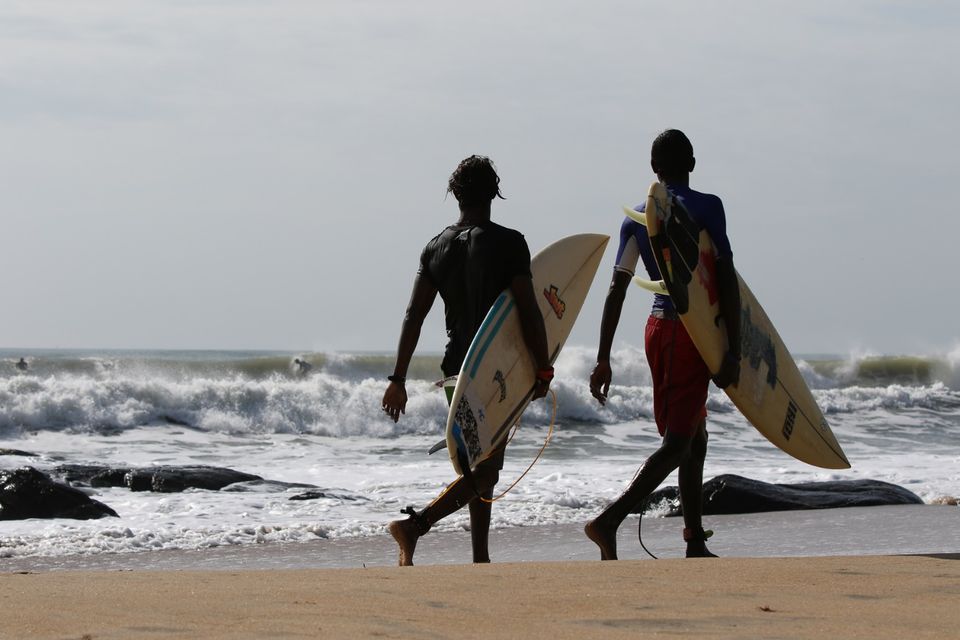 Surfing Federation of India organizes regular ISA Developmental programs for the growth of surfing in India. 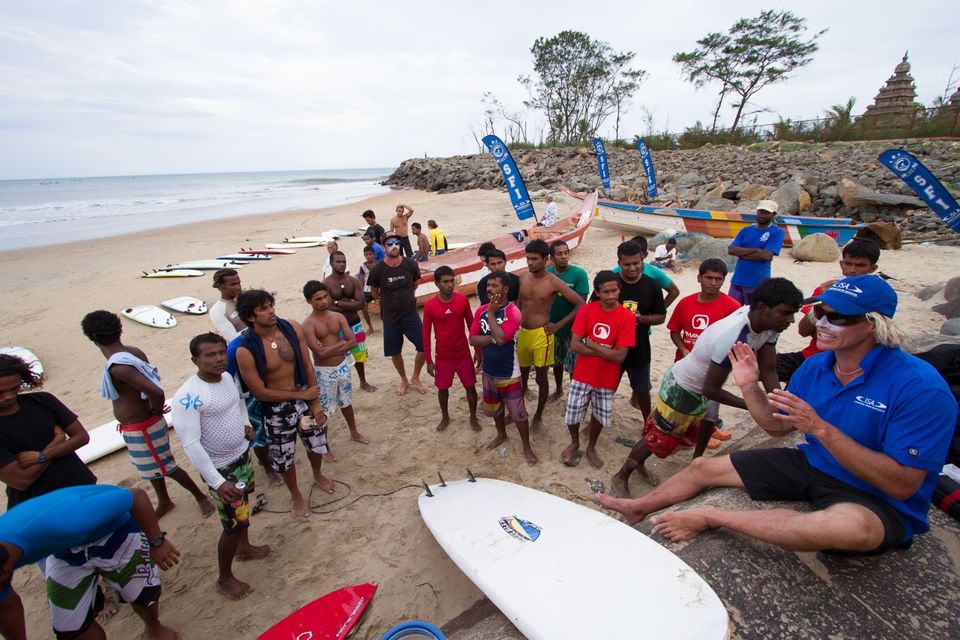 Southern Kerala has plenty of good surf spots in the country with Kovalam, Varkala being some of the popular surf spots. 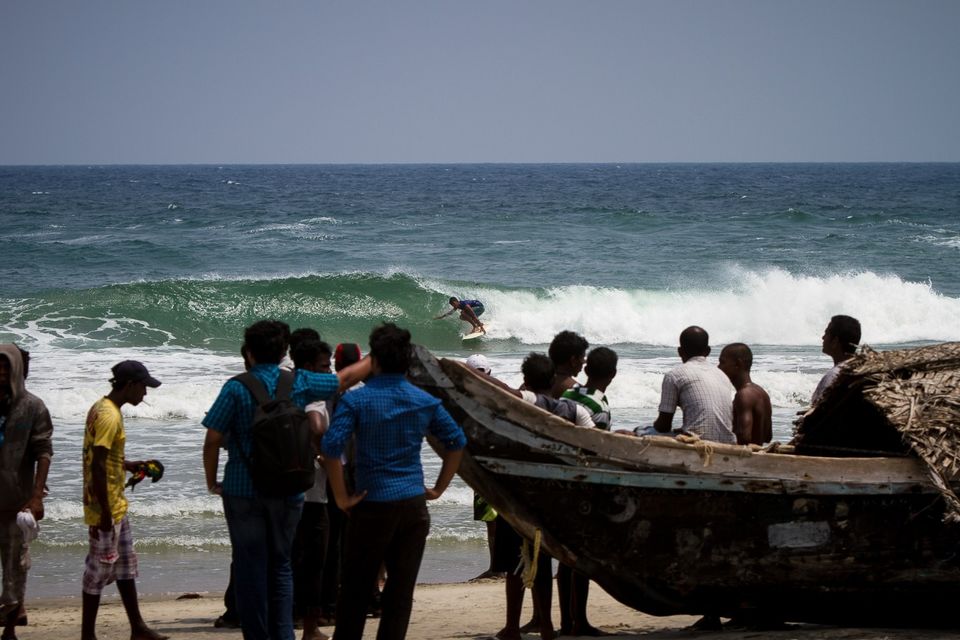 Where to surf in India? Just do a simple google search and you will find plenty of places to choose from. 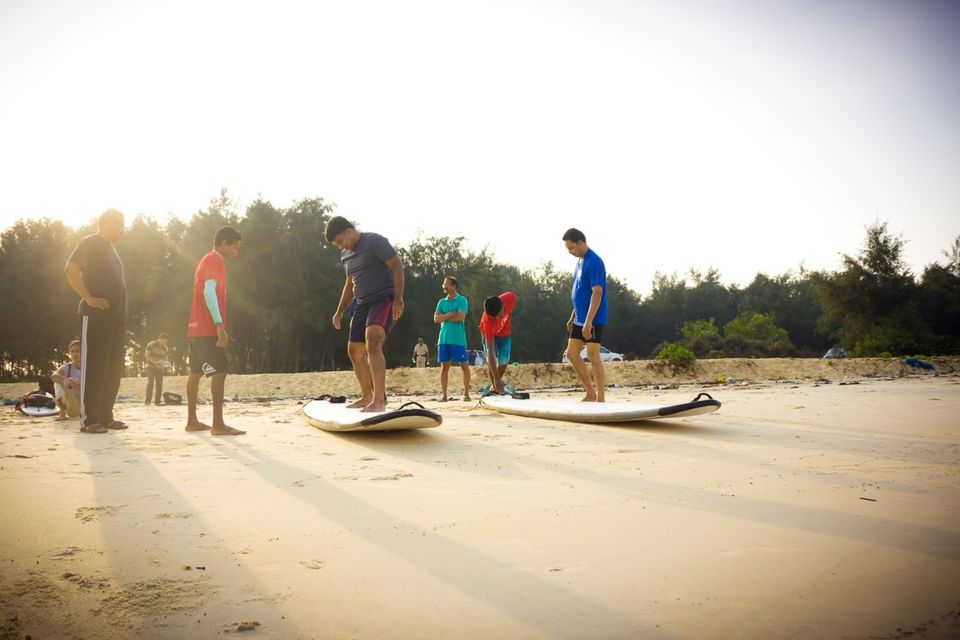 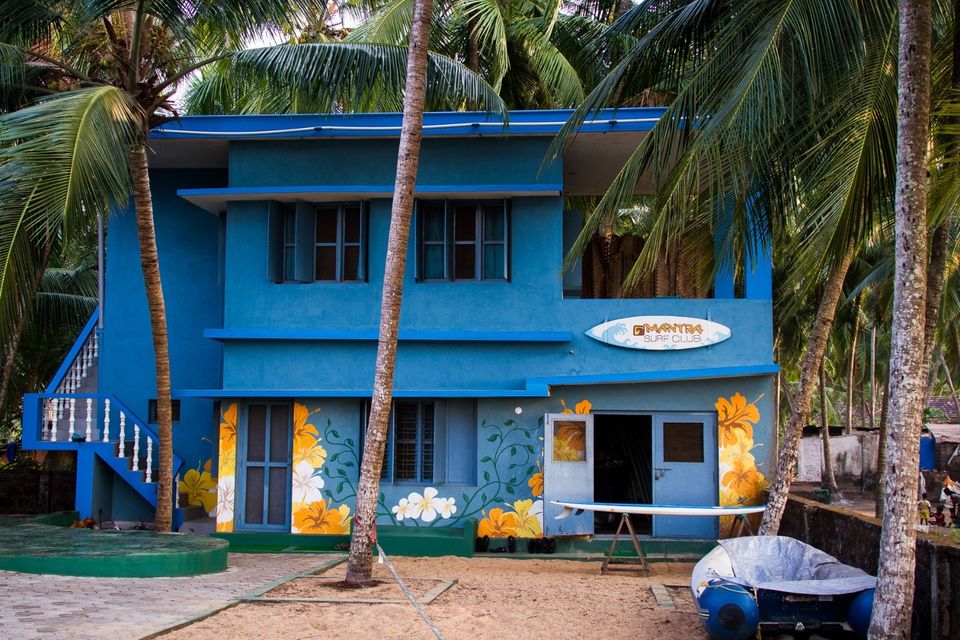 Pondicherry is an ideal place to learn surfing on the East Cocommunity. 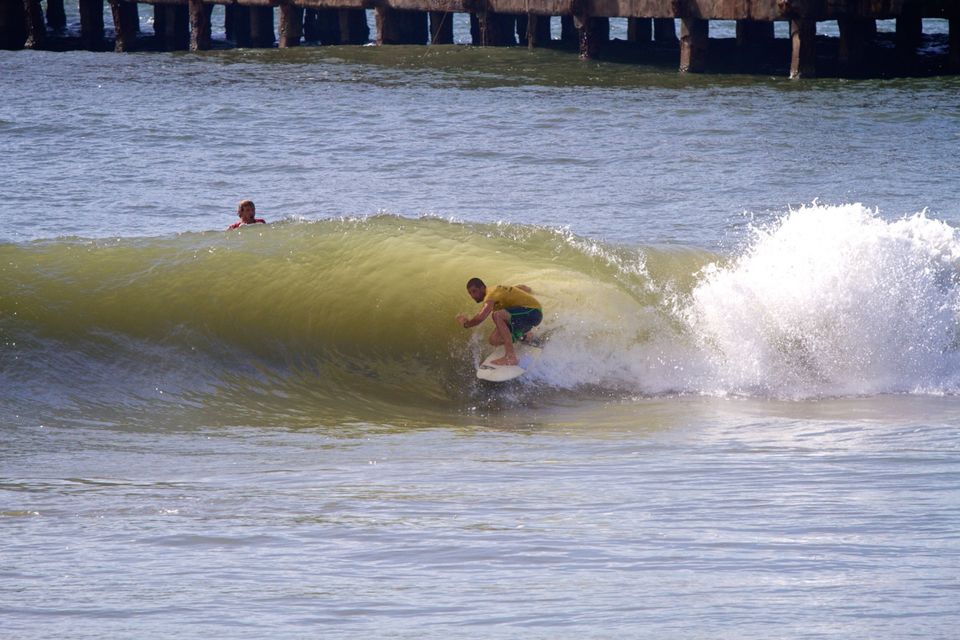 Famously called Rastas or pier wave, was immortalized in Taylor Steele's Castles in the Sky movie. 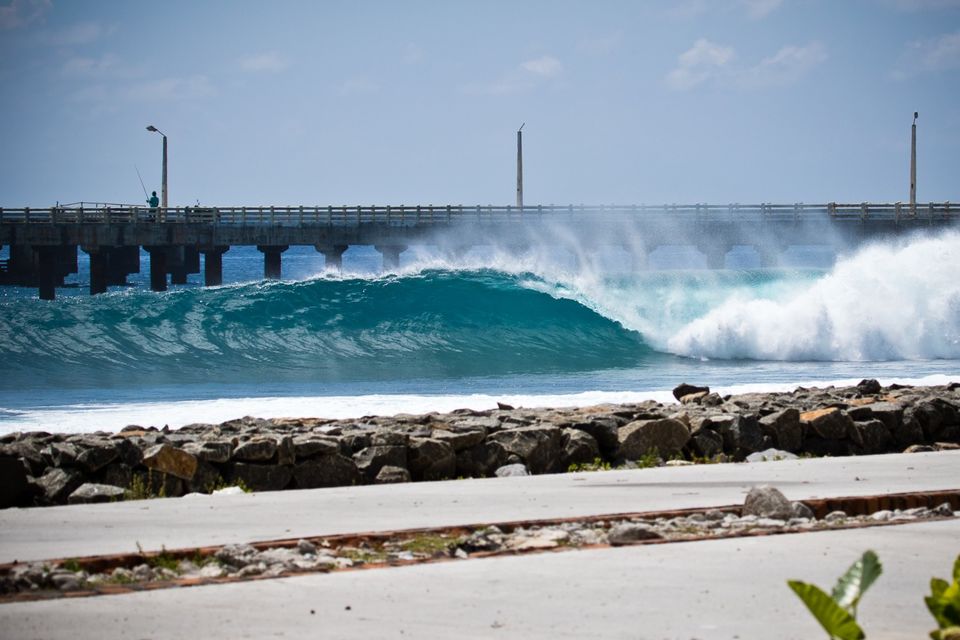 Shipwreck surf spot discovered on a Ripcurl Search trip off the coast of India. 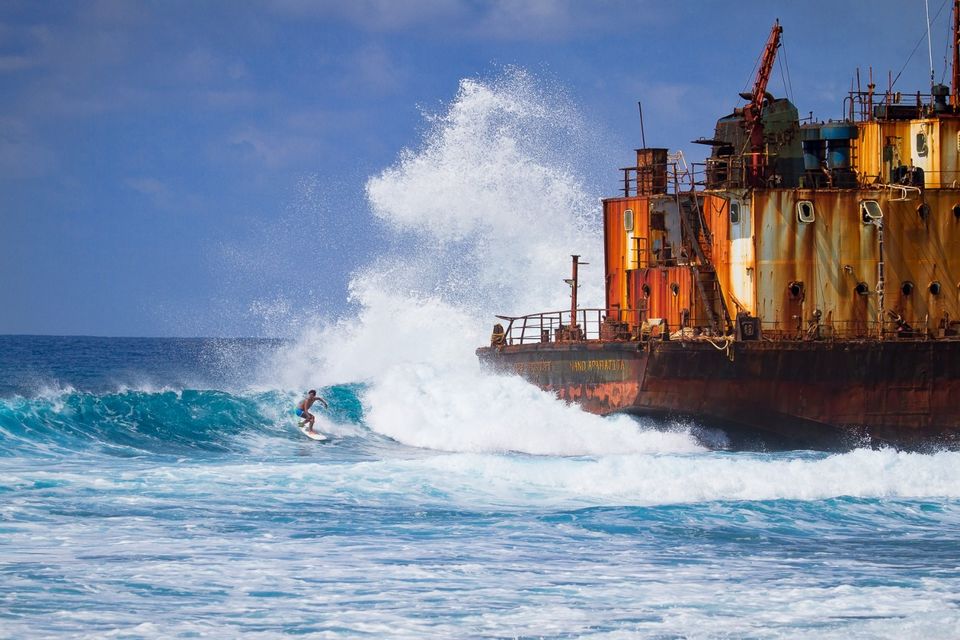 A number of Indians are learning to surf and the sport is fast catching on as an exciting ocean pastime in India. 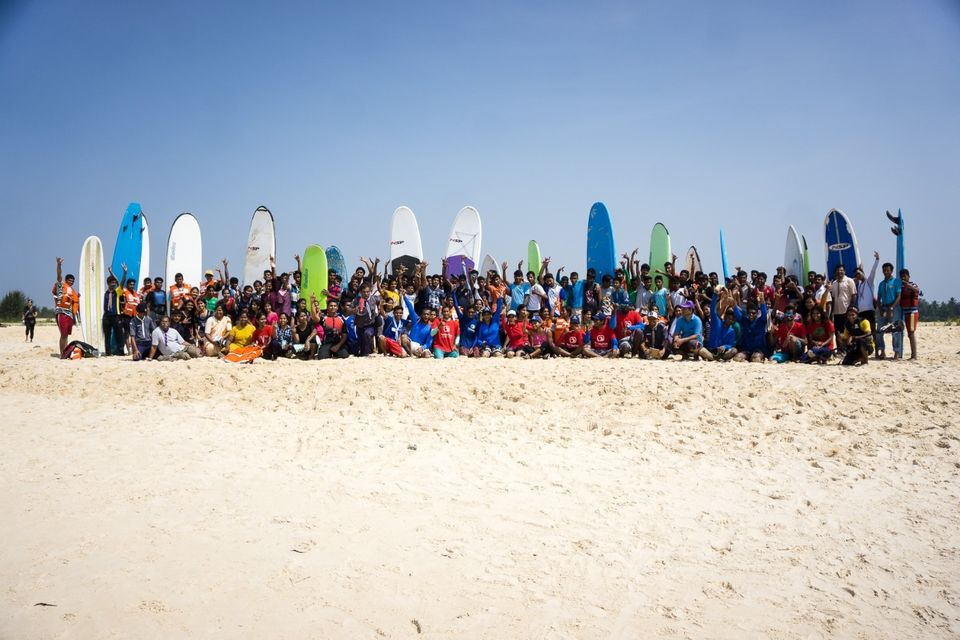 For decades, India went unnoticed as a surf destination. In Asia, the surfing world never looked beyond Indonesia in the ’70s, and Sri Lanka and the Maldives in the 90s. But around the year 2000, surfing began to make its presence felt across India’s extensive coastline. The sub-continent is vastly exposed to the Arabian Sea on the west, the Indian Ocean in the south and the Bay of Bengal on the east; with 7,500km of coastline and plenty of islands that possess world class reef breaks with many still unexplored and not surfed until today. With the advent of technology, tourist influx, infrastructure and a new generation keen for adventure, the last decade has seen many young Indians take to the sport.

Southern India is hot year-round and the climate can be roughly divided into two main seasons – dry and wet (monsoon). The monsoon season runs May through October and is characterized by rain, onshore winds and huge waves offers plenty of glassy and perfect waves at the right time and place. The east coast can be your best bet with many of its point break setups near Chennai. Average to good surfers are should come just before, and after the monsoon season, when the winds die down, the rivers run dry and having created much-treasured sandbars. September, October, November, February, March, and April will offer consistent surf, bright skies and morning offshore. The waves are mostly in the 2 to 5-foot range, but India's exposure can throw a surprise at any time of the year.

Surfing in India, however, can be a new experience. In a country with more than 1.2 billion people, there are only a handful of surfers and small surfing communities who are working towards developing the sport.

India is a country where for many surfers, it isn't just about getting in the water and catching a few waves. Surfing is considered a spiritual experience. For many, this quest for a 'higher enlightenment' is just part of a belief system and culture that has been an all-encompassing way of life for thousands of years. Indian folklore speaks of the oceans as part of an 'organic spiritual dimension', with manifestations of a 'Cosmic Being' and all living beings [including surfers presumably] are thought to be 'spiritual sparks of conscious light floating eternally in the Cosmic Ocean'.

Magical thinking notwithstanding, India has been delivering the goods to traveling surfers for the last decade. A number of pro surfers, surfing magazines, filmmakers and surf brands have explored surfing in India and experienced its unique culture: 'Castles in the Sky' by Taylor Steele showcased one of the best reef breaks in India featuring Dave Rastovich; Surfer magazine later ran a cover story on India, and Craig Anderson filmed his Slow Dance here; d by RipCurl Search crew exploring islands off the west coast of India. More recently renowned photographer, Chris Burkard, has made multiple surf trips here.

India still continues to hold a special place and fascination for visiting surfers for its unique blend of surf, culture, and hospitality but what’s the surfing scene like amongst Indians? Traditionally, Indians view the ocean as a hazardous place and are not natural ocean-goers. India has some of the highest drowning rates in the world. That's why most activities take place on the beach or in the shallows, with beaches not having proper lifeguards or surf-rescue equipment.

Slowly things are cfor the good with surfing communities growing along the coastline of India. Many native surfers are finding a way to establish surf schools and camps: teaching tourists, travelers, and locals to surf. India has one of the world’s largest youth population and is set to become the largest young working force in the world by 2020. A large number of young Indians are traveling more, and with this new advemore outdoor activities, and surfing has definitely caught the imagination of the young Indians lately.

Surfing has also immensely contributed to the fishing community in India. Some of the best surfers in the country are fishermen who already have a relationship with the ocean. Surfing has become a primary source of income in the developing coastal surf industry. It has bridged the gap between common rural fishermen and urban professionals as they share the same passion and love for the ocean in an otherwise complex Indian social system. Over the years, many individuals and surfing communities have done some remarkable work, contributing to society through the sport.

If you are planning a surf trip to India, come with an open, respectful and curious mind and just let yourself be caught by a flow that can only be found in India. Waves come and go, but the true beauty of India c be found at every street corner. When the surf goes flat, there's no need to stress, just look around you and discover that there are plenty of other rides to enjoy. And why not pop by the local temple and offer to Varuna, the God of the Ocean, your prayers may just be heard.”