Walking in the mist at Darjeeling 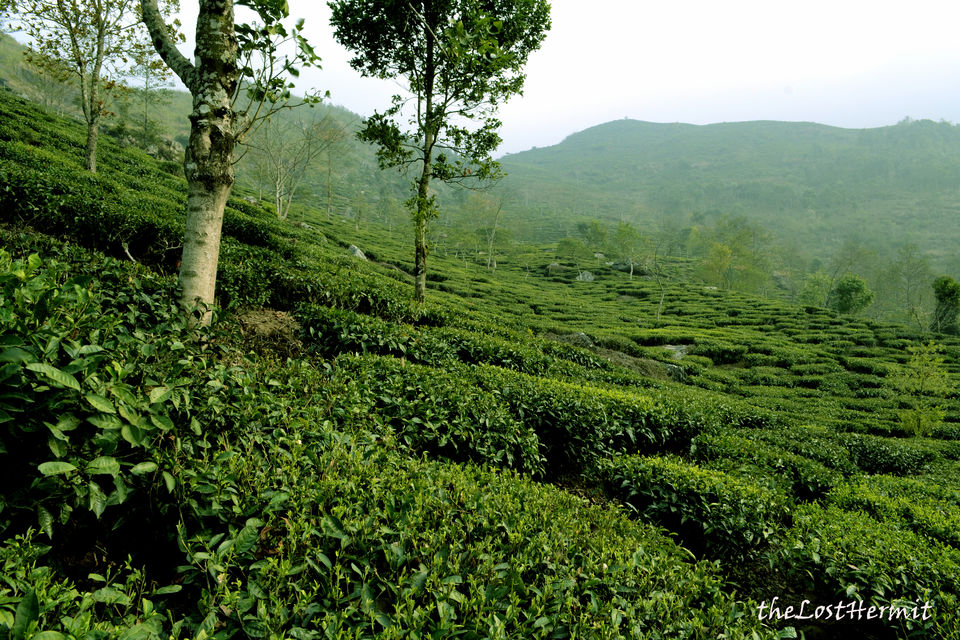 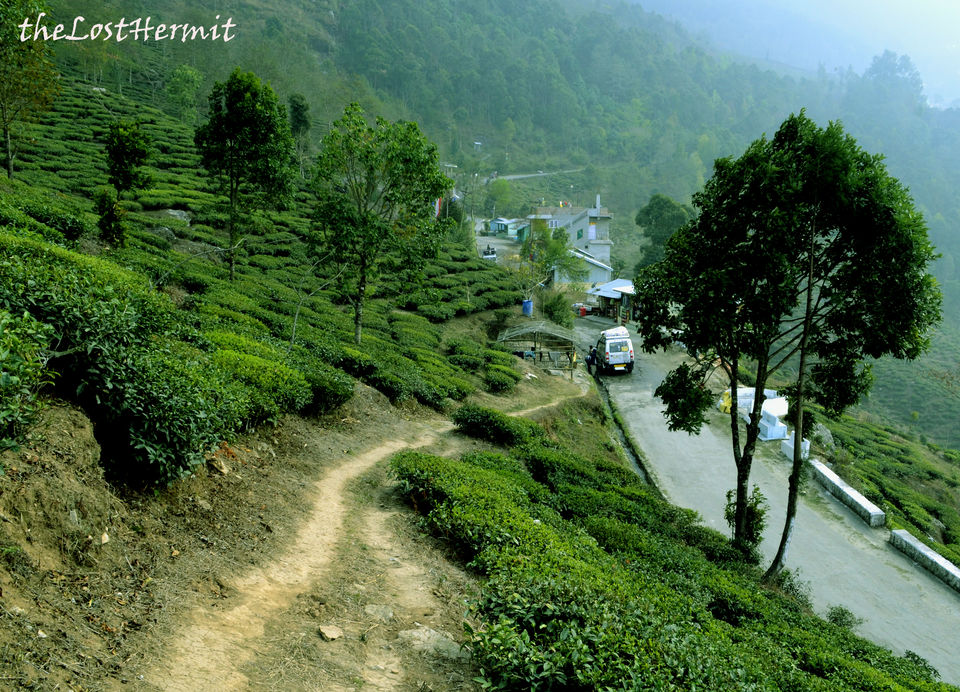 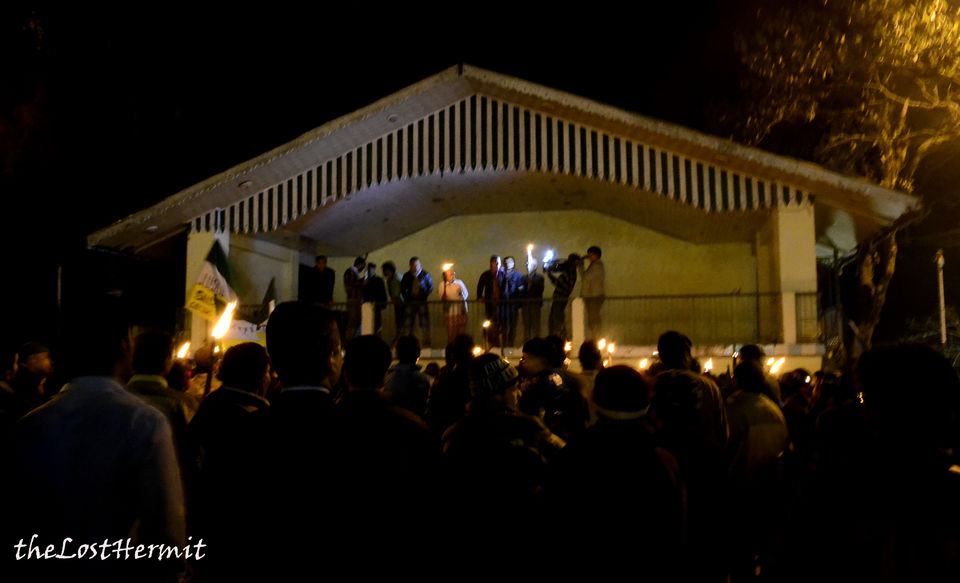 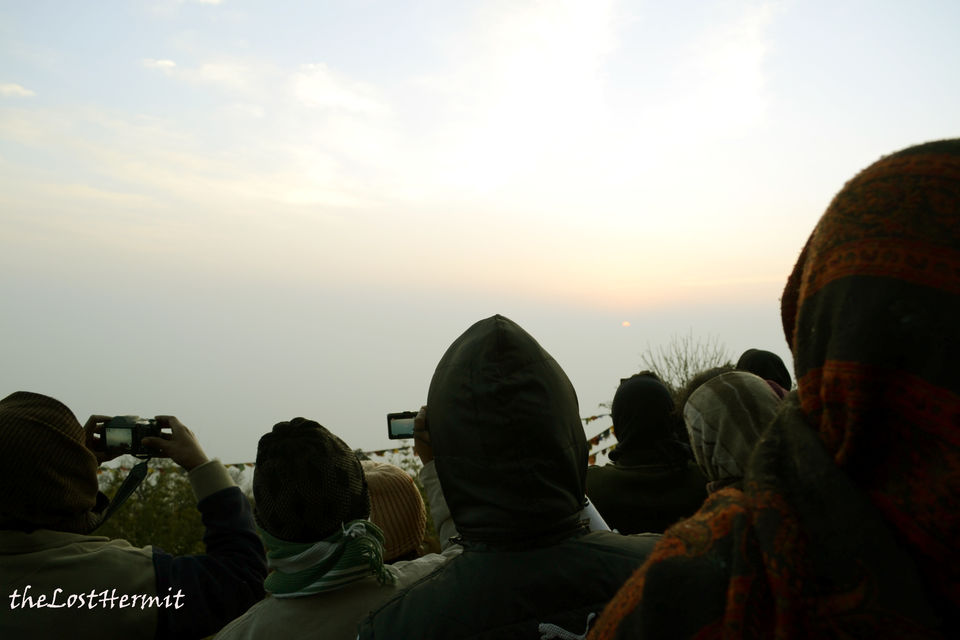 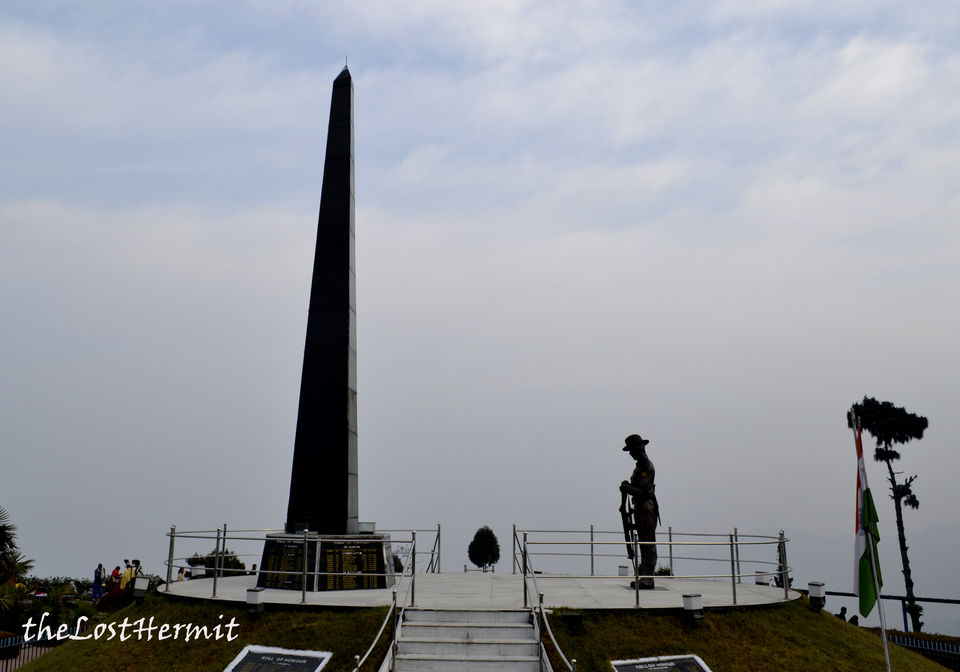 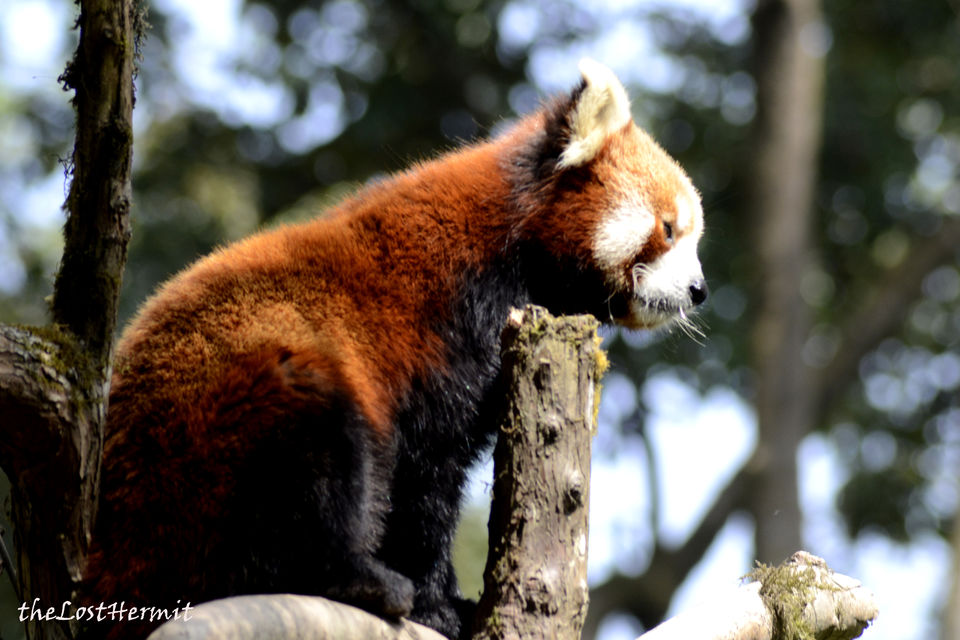 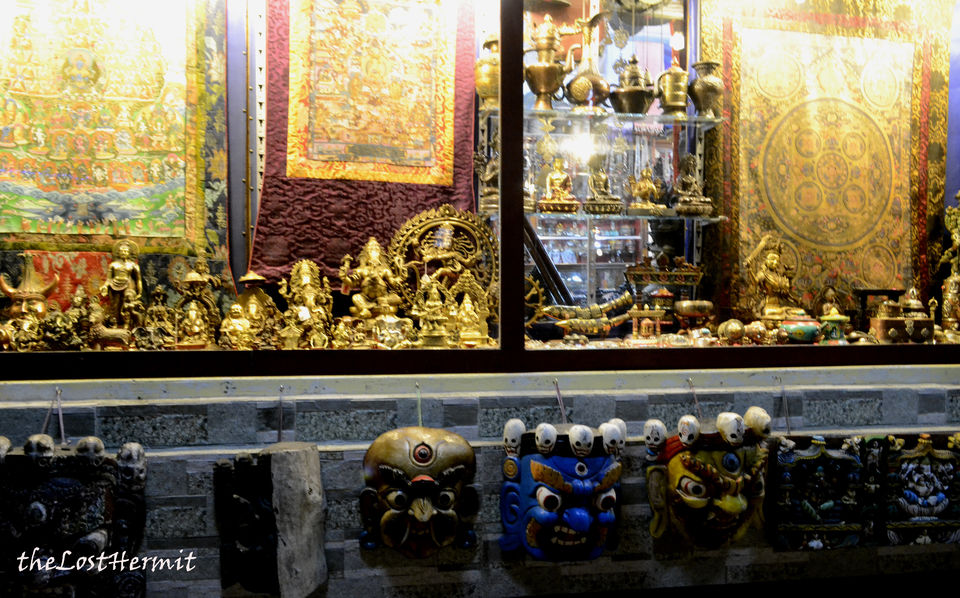 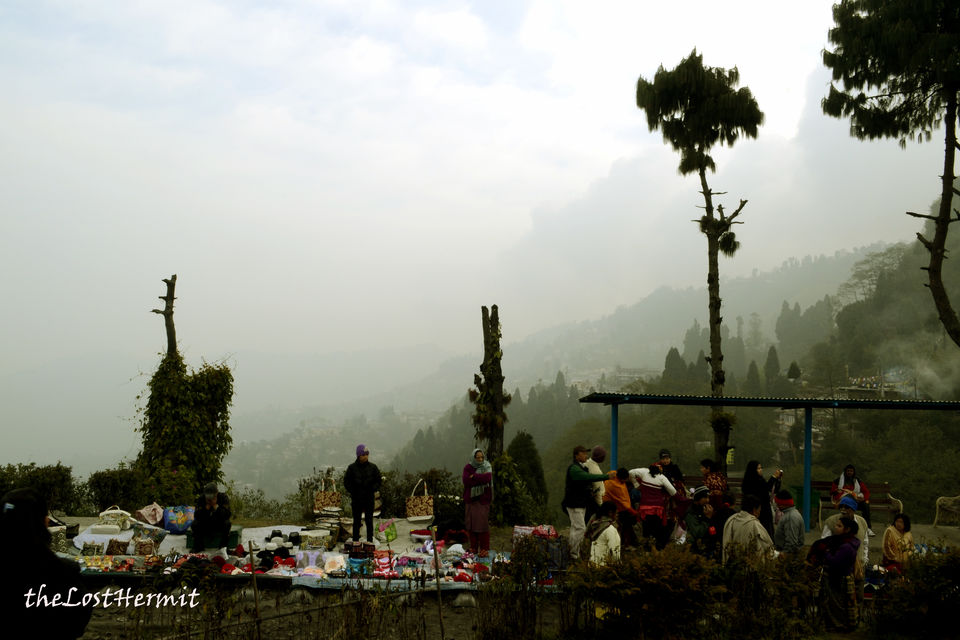 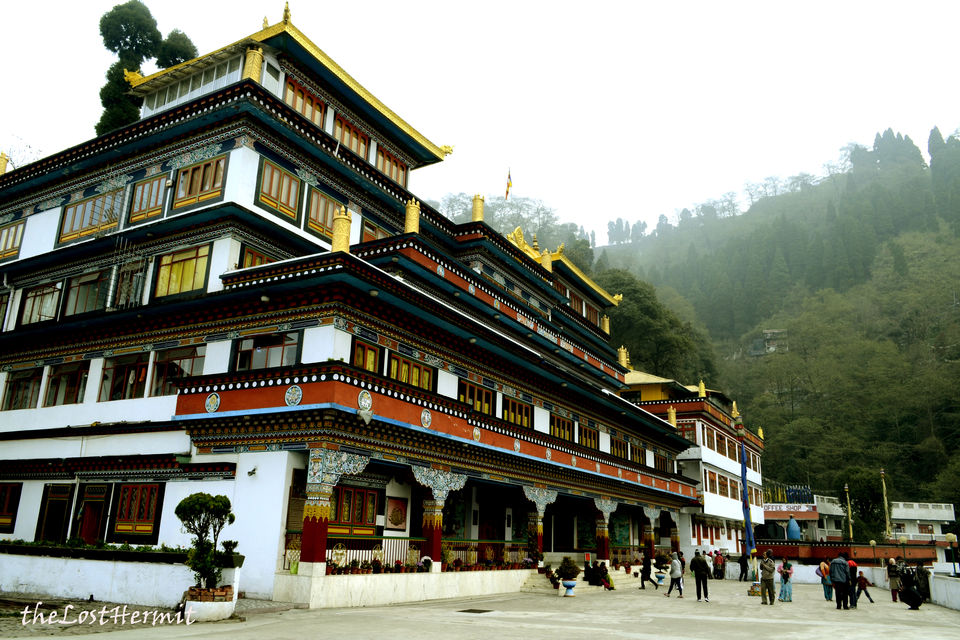 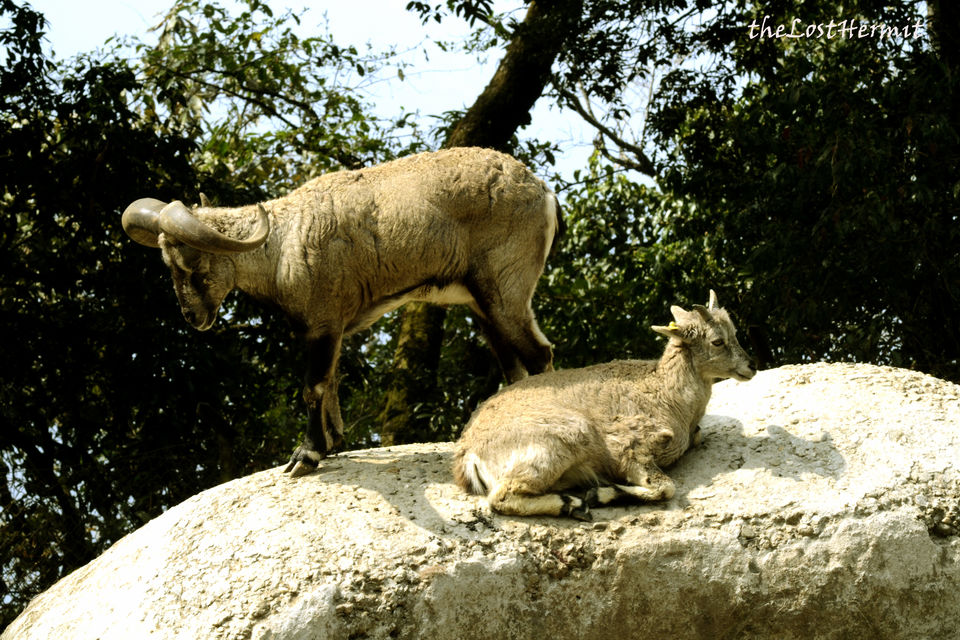 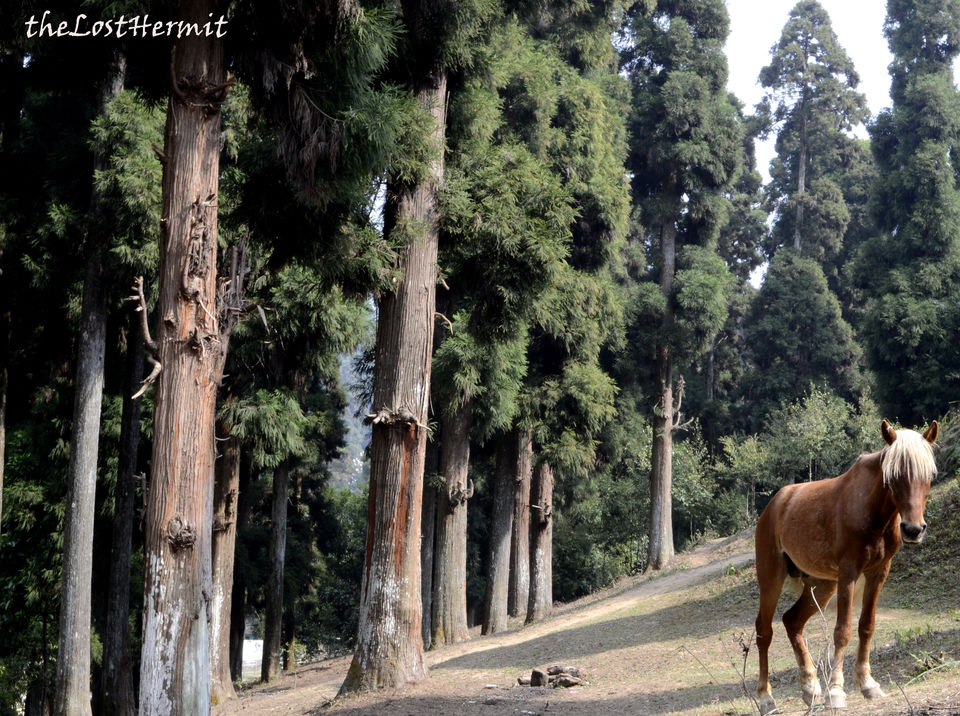 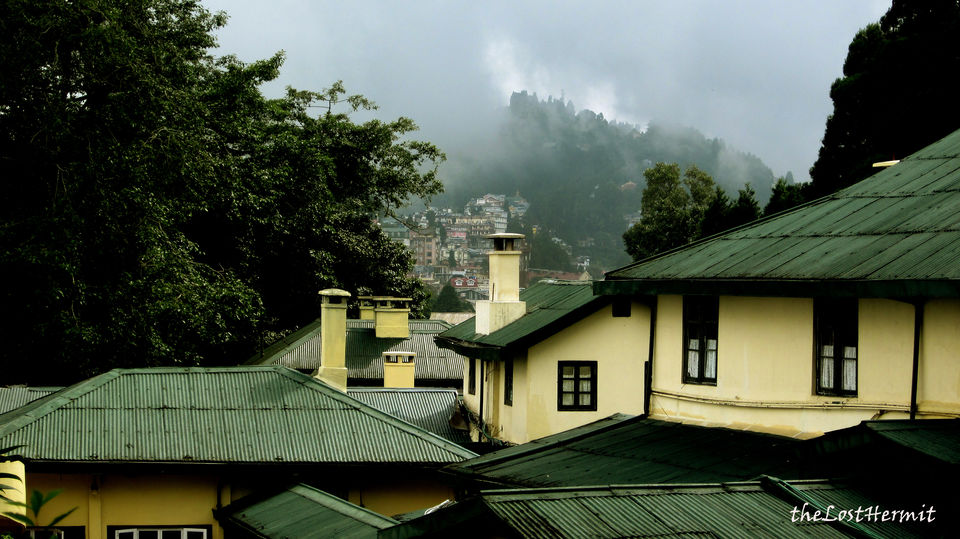 During the times of the British,Darjeeling was to Kolkata what Shimla was to Delhi,i.e a place higher up north of the erstwhile capitals where officials and people alike could go in the scorching summer months to cool off.The British while stationed in Kolkata ,discovered this spot in the hills of North Bengal in 1840s,mainly suitable for tea plantation and cool climate.Gangtok and Darjeeling can be studies in contrast when visited one after the other.The queen of hills is cold,foggy,bit crowded and unkempt at places but there is something so beautiful and charming in the streets and tea-gardens of Darjeeling that you fall in love with it.The route to Darjeeling is one of the most scenic in the vicinity as tall pine trees and lush tea gardens welcome you to the charming town,situated around 80 kms from Siliguri,near the border with Nepal.If you saw the left massif of Kanchenjunga from Gangtok,you can see it upfront from Darjeeling. You have to be lucky because Darjeeling seems to be engulfed in a perpetual cloud of mist all NH-31A that connects Siliguri to Gangtok, bifurcates at a place called Meli midway towards the road to Darjeeling.A pretty steep climb up the pine forested hills and foggy tea gardens ushers you to the outer districts of Darjeeling area.The tea gardens are a signature of the Darjeeling district.You slowly move up into the clouds in front of you and disappear into a completely different world.
We have always imagined heaven to be a place, suspended in the clouds,floating somewhere far away from earth and upon arriving at Darjeeling ,you get that feeling because the town seems to be embraced by a cloud cover throughout.
The adjacent hills are not visible at all and at places the fog almost hits you in the face.
Walking around the town on foot seems the best option to explore it.But Darjeeling is not Gangtok and hence you are liable to lose sense of directions and places.So we had to find a point of reference for ourselves,like MG Road was for Gangtok.

All major roads in Darjeeling converge at the top of the hill in shape of Chaurasta-the open avenue that stands at the very top.In a way the area around Mall Road ,leading upto Chaurasta is the heart and soul of old Victorian Darjeeling.Many antiqued building and structures stand near Chaurasta ,built during the Raj period.

Observatory Hill & Mahakal Temple-after walking around Chaurasta ,we came upon a small hillock behind it which is known as the Observatory Hill.A small climb up there takes you to a complex where two shrines co-exit,one dedicated to Shiva-called the Mahakal Temple and other a Buddhistmonastery.The charm of Darjeeling,with clouds hugging it’s slopes can be easily seen from atop here.

Walking down from Chaurasta towards the Darjeeling Railway station,we saw the huge and rustic clock tower that Ranbir Kapoor climbed in Barfi movie.The road downwards takes us to a UNESCO World Heritage Site-the Himalayan mountainrailway.The famous and charmingDarjeeling Toy Train.The old steam engine that came rattling into station gave a very high pitch horn and it hissed like some old disgruntled demon.The railway line runs right upto Siliguri but after the earthquake in 2011,the services were disrupted and now we could manage a small ride only upto the suburban station of Ghoom,8 kms downhill from Darjeeling.

The track runs parallel to the roads and people make way or muffle their ears ,once the steam beast approaches.The joy ride from Darjeeling to Ghoom takes about 35 minutes and goes through the overlapping loops at Batasia,where the Gurkha War Memorial is situated,before screeching to stop at the Ghoom station.Gurkha War Memorial stands on the Batasia Loop where the Toy Train makes a complete circle.The memorial is dedicated to brave and selfless Gurkha soldiers who have laid their lives in the service of the mother land.The old era Himalayan Mountain railway is a steam gushing monster that throws around gases ferociously and whistles violently…it’s a child’s joy to watch the steam monster pull three bogies in one ride….and interestingly the bogies are named –Mark Twain,Rudyard Kipling and some more that I don’t remember clearly.

Upon descending from the hill side we stopped at Ghoom Monastery ,the largest one in Darjeeling area.The monastery is near Ghoom Station and Batasia Loop/WarMemorial.It’s a marvelous piece of architecture sitting on a hill and it’s all about what we have come to expect of Buddhist monasteries off late.Some monks played around in the courtyard while the elder ones sat in rapt attention inside the prayer halls.Amid fluttering butter lamps inside the cold chamber,chants could be heard outside.

We gave ourselves much time to explore one particular destination in Darjeeling,the compound containing the zoo and the mountaineering institute.Padmaja Naidu Zoological Park and the Himalayan Mountaineering Institute stand side by side inside the same complex.The zoo is an excellent place to see some rare mountain fauna like the Himalayan bear and the shy Red Panda.We had to wait around 30 minutes near the Panda’s enclosure to get a good shot of him and it was worthwhile.Mozilla’s icon of the Firefox browser is inspired by the Red Panda and not by any mythical animal called Firefox.
Anything and everything about climbing the highest mountains in the world is chronicled at the Himalayan Mountaineering Institute.This is the Mecca of mountaineers and mountain lovers and you get to learn the ABCDs of climbinghere.Don’t hurry this through,if you haven’t got time,create enough time to stroll around the compound and see it for yourself the glorious stories of mountaineering in past and present.

That evening we took one of the best decisions-that to spend the lazy twilight hours down in the sprawling tea gardens in the outer districts of Darjeeling. Men and women collect upper tender leaves from the bushes and keep them in the basket hung at their backs and it’s a scene straight out of books and folktales.If you want to buy some tea for families back home,do it here at the little country shops amid tea gardens and not at the bigger shops at the Mall Road.Not only are they economical but the quality is what we call-garden fresh.

Another vital thing to keep in mind is while returning back to Siliguri from Darjeeling (if you take that route at all) ,take a detour to the lake side place of Mirik.And while on the road from Darjeeling to Mirik,we stopped over at the Pashupati Nagar market,near the Indo-Nepal border.Pashupati is a town in Nepal and a heavenly market for shoppers because of duty-free goods available in plenty.Kathmandu is around 11-12 hours by road from Pashupati but we shall keep Nepal and Kathmandu for another day.
Coming down in height from foggy and chilly Darjeeling,Mirik is serene and calm with a beautiful lake in the middle and pine forests surrounding it.We were off to Siliguri by late afternoon.