When I got lost in 'Ireland'

Last October, one incident similar to bollywood movies like DDLJ or DHLJ happened with me in Ireland but without Simran ;)

Actually, I planned to go to countryside of Ireland which is called as Cliffs of Moher via booked tour of PaddyWagon.

We started our journey from Dublin central at 8 AM in morning and then took a break at first stop which is called as Bunratty Castle.

Stoppage was just for 10 min. I took some photos and then went to restroom which was located quite a distance far from where our bus was parked.

It took some time to me to find that restroom. But when I came back, I found that my bus coach was not there.

And I was like what to do now. And the most stupid thing was that my bag which had my passport , debit card and other stuff was also in that bus only.

I ran here and there but could not find anything.

But later, I thought that it is good to RESPOND rather than REACT.

I quickly ran to one of the woollen shop there and asked their help to reach out to Paddywagon tours via mobile number. I tried to contact them via my mobile but unable to do so.

When someone picked up the phone, I explained my situation and requested if that bus coach can come again to pick me.

But, he refused to do so. Then, I requested him that if there is any other bus going on at same destination there, then please ask that bus to pick me. He said that he will check and then call me again

But, he did not call even after 3-4 min. Then, I again called him and he said that one bus which is from another vendor will pick me.

I little bit relaxed but still multiple thoughts were coming in my mind.

Finally, after 3-4 min, another bus came and picked me.

As I entered into bus, everyone clapped for me. Actually, they just want to let me feel relax because I was looking little worried at that time.

One of the spanish guy said it is like a adventure for you and you should enjoy it.

But, I could not. You wont believe how good natural sceneries were coming on the way but all were looking senseless to me :(

My situation at that time answered me a Jain Mythology question how Lord Bharat used to be in all luxuries but still dont get feeling of it.

It took around 1 hour  to reach to cliffs of Moher via that bus. This bus needed to be get parked at some other location which was not same as Paddywagon bus parking location there.

Bus driver told me that you have to cross this cliff to get your Paddywagon bus and you have only 40 min to do so.

I ran quickly and started going up on the cliff.

But after some steps, I found some of the collegues which were in bus with me earlier.

And I cant tell you how happy I was at that time..Priceless moment it was...

After that, I joined those guys and made them my friend.

Also, locations were too beautiful there , so I could not resist myself to take some pics as usual... ;)

After that, I boarded my original bus and found my all belongings and then went to other locations like Galway, Kinvara, Wild Atlantic way, Doolin village etc... :)

I will say that I was able to overcome this situation due to GOD blessings but still following are some lessons learned :

1) Plan your trip as per you rather than going into tour plans
2) If you have to go into any tour plans only, then be there on time at every stoppage point.
3) Always keep your hand bag with yourself. 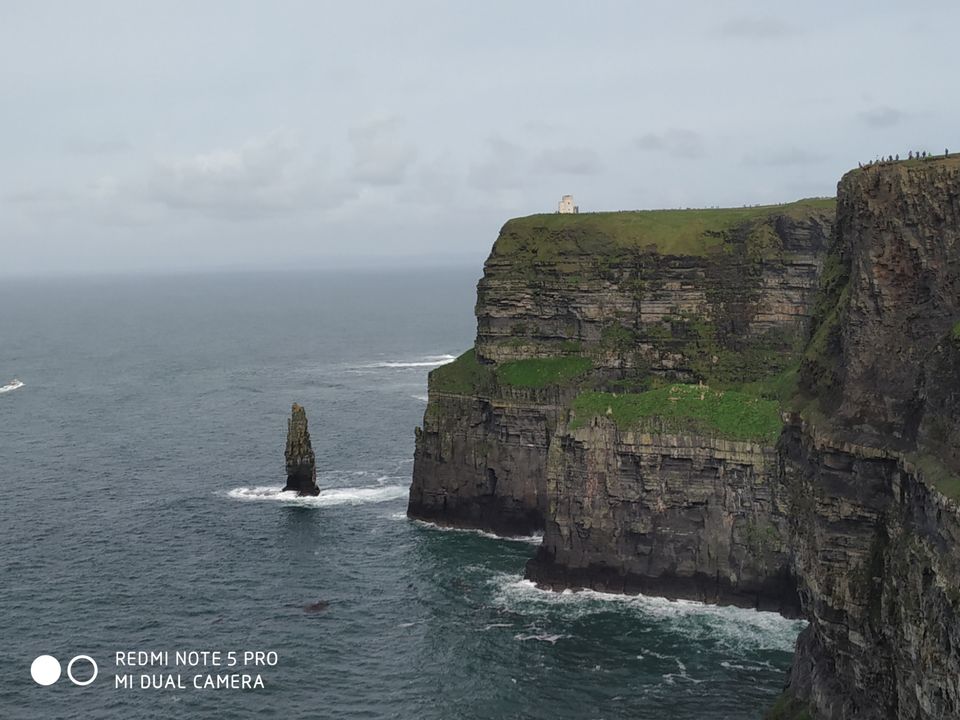