Everything holy about Varanasi

They say that one gets to experience the most beautiful things in life when the decisions are taken abruptly. Well, right they are. It was a very abrupt decision of mine to visit Varanasi, the place I love to call ‘Banaras’.

I reached Varanasi at around 11 am on a sultry day. The next three days, I was supposed to put up with a relative of mine inside the Army Cantonment. An army van was already waiting for me at the railway station. As the van started to roll its wheel, I realised the bumpy roads of Varanasi, as I held on tightly to my seat. It was a short journey from the station to the army quarters though.

There are numerous lodges to suit everyone’s budget, rooms are available for pocket friendly travellers to luxury hotels for those willing to splurge.

I had already asked for the directions from my relative and started on her scooty. As it was nearing dusk, I decided to visit the famous Dashashwamedh Ghat, the reason being, I wanted to witness the famed Ganga Aarti in the evening. I parked the scooty close to the entrance of the ghat. After a brief security check, I started climbing down the stairs towards the ghat.

Being one of the holy cities of India, the ghat was thronging with pilgrims from all around the country. Some were taking their holy dips in the Ganges. There were lot of foreigners as well, clicking their way around. I sat on one of the stairs. There were small concrete platforms at the edge of the ghat where the purohits stood and held the metal lamps in their hands. They chanted sacred hymns, seeking blessings from the Ganges. Listening to the chants, seeing the golden coloured dhoti clad purohits offering prayers and watching the sun go down beyond the Ganges was a very soothing experience.

It is highly recommended to go on a boat ride on the Ganges during the time of ‘Aarti’. One can experience the rich and vibrant grandeur of the yellow spectrum of colours remitting from the golden flames of the glowing lamps from upfront. Its magical, as we say and a photographer’s delight.

It was around 8 pm that I started back from the ghat. That was when it struck me that I was driving on the narrow lanes of Varanasi. Rickshaws, bikes, cars were creating a mess. Moreover, cows blocked the roads. There was hardly any room for two vehicles side by side. But each city holds its own charm and Varanasi have its own share in these. I drove on patiently counting inches on the road.

The next day I decided to visit the temples of Varanasi. I thanked my signs as I had a car at my disposal that day. One day of self-driving around the city had drained me out.

My first stop was the Durga Temple. The red colour of the temple represented the colour of Durga. It is also known as the Monkey Temple. From there, I went to the Sankat Mochan Temple, the temple dedicated to Lord Hanuman and one of the sites of the bomb blasts on March 7, 2006. The driver of the car was filling my ears with the histories of the places since the drives between the temples were taking quite some time. I listened to those with utmost interest. The Kashi Vishwanath Temple was a treat to my eyes. I learnt that it is also known as Golden Temple in Varanasi and is hugely popular with the pilgrims. We took an hour’s break wherein my driver for the day and I had our lunch. Then we drove towards Kalbhairav Temple. I was petrified on entering the temple. A few people were playing traditional drums with some kind of metals rings on their finger-tips. That made the drums sound in a very typical way and added to the enigma of the temple. The purohits, who were offering puja inside the temple, had bloodshot eyes, which was actually scary to look into. There was a different kind of feeling standing inside the temple. That last stop of the day left me speechless.

The last day of my stay at Varanasi was all about visiting the magnificent and sprawling campus of Banaras Hindu University. I started my stroll inside the campus by visiting the New Vishwanath Temple, also known as the Birla Mandir, situated inside the campus. Grandeur spelt from every corner of the temple. The huge campus has different departments of various streams of studies scattered all around. Narrow pathways criss-crossed throughout the campus. I could feel the greenery inside the campus, anybody can, because of all the trees inside and the shades they provided beneath them on a sultry day.

Nearby the university, there is a shop named ‘Pahalwan Ki Lassi’. I wanted something cool as it was quite a hot day, so, I headed straight to the lassi-shop and ordered their famous ‘lassi’ topped with ‘malai’ (clotted cream). Unable to keep myself content with just one, I had another glassful of the thirst-quenching potion, before heading towards Assi Ghat.

Assi Ghat is the southern most ghat in Varanasi and my last stop of the trip. It is known for place where most of the long term scholars, researchers and many foreigners live mostly. In the evenings, the elders drop by the ghat stairs and have their long chats. I came to learn that the ghat throngs with people during the time of ‘Shivratri’.

And of course, the famous Banarasi Paan was my finishing treat !! 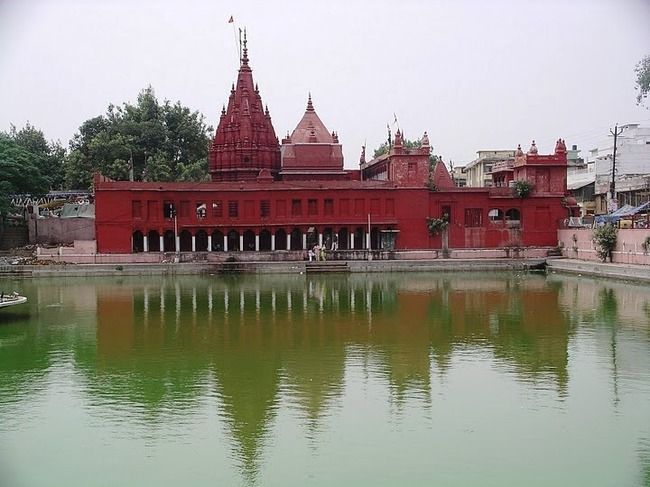 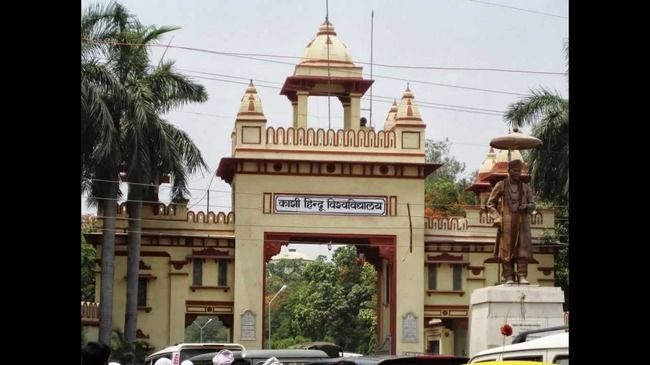 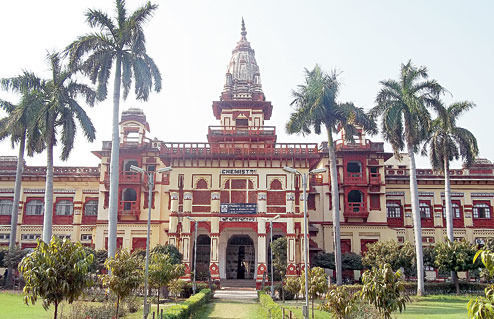 The Ganga Aarti, as seen from the boat-ride on the Ganges at Dashashwamedh Ghat 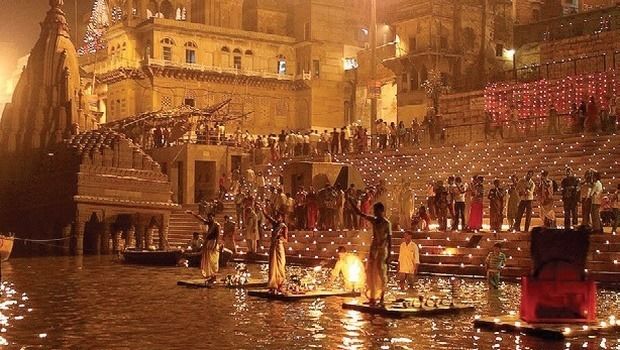 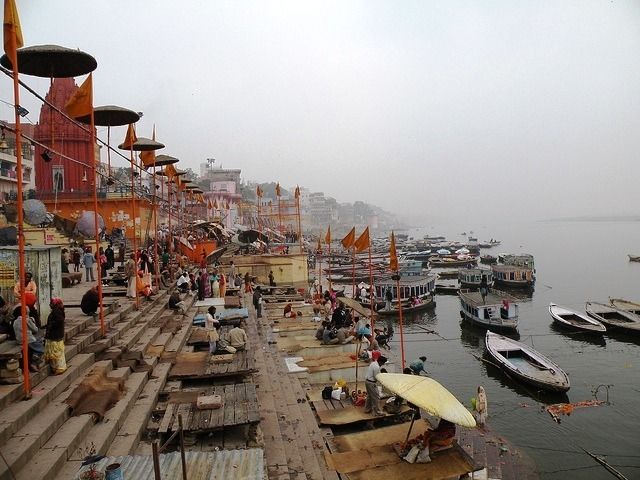 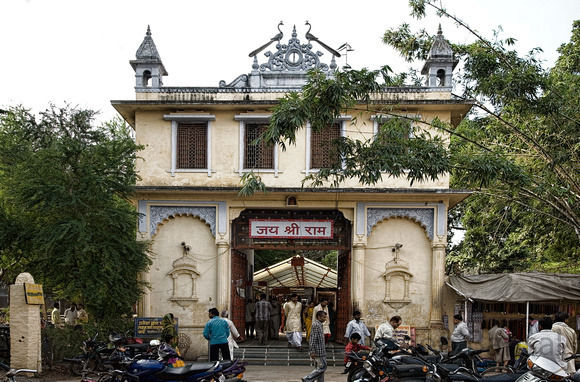 One of the platforms at Varanasi Station 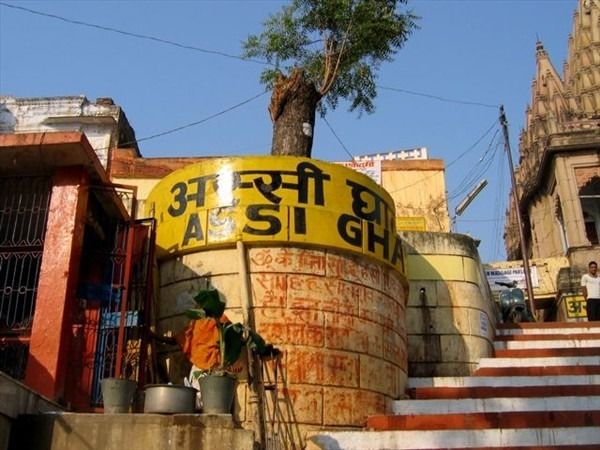 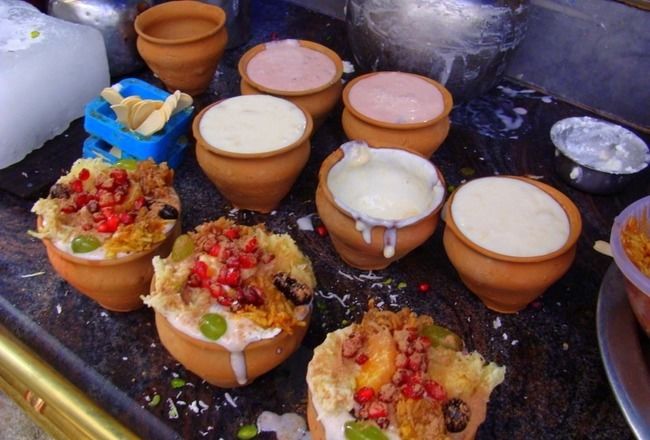 The facade of the Varanasi station 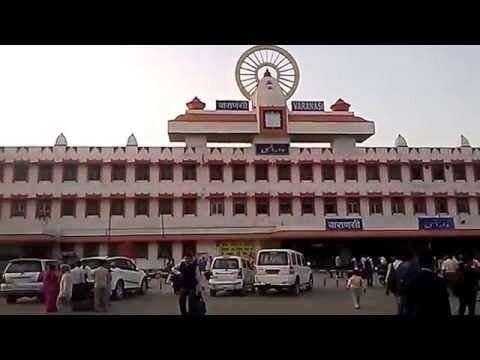 One of the many roads in the city 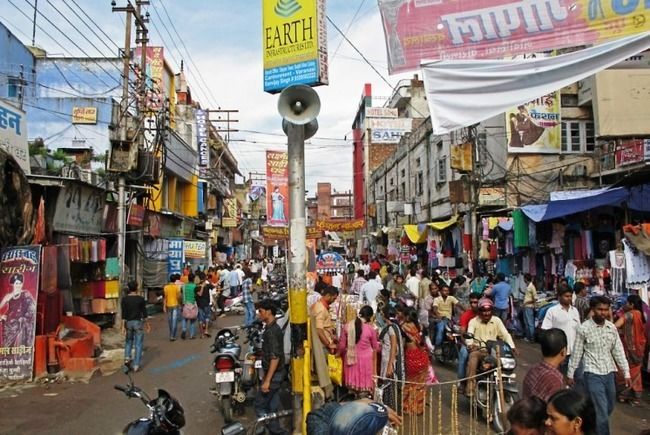 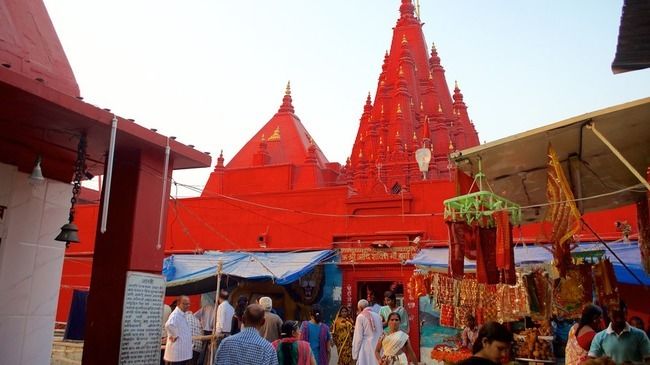 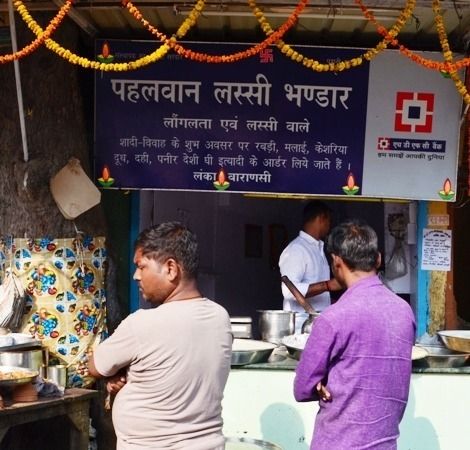 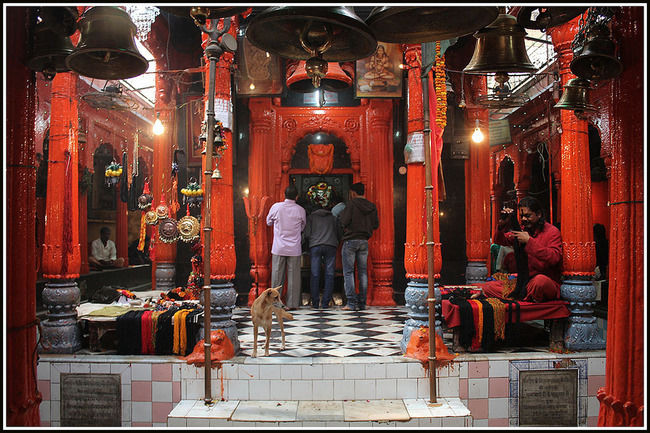 On the stairs at Assi Ghat 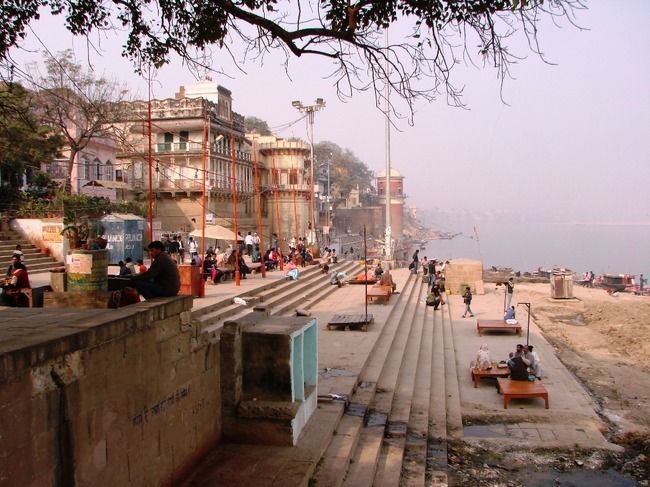 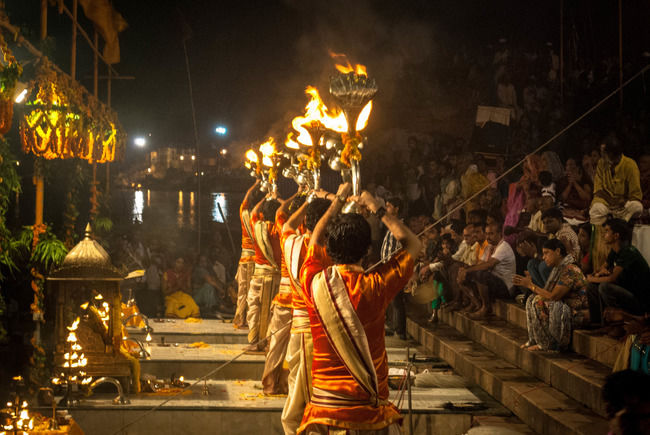