LEAP- A Step Ahead

When travelling alone- there are a lot of emotions that gush down your body- fear, excitement, thrill, anxiety and enthusiasm. A lot of things that you need to be careful about being in a city of the state UP (it has a bad reputation, you know). I have always enjoyed travelling- with family, friends, that special one. Only, I had never imagined that I will ever be travelling alone- I am not of the loner kind of travelers- I enjoy company around when in a new city. I have never had too many friends in life- the few I have I love and enjoy their company. Work brought me to Banaras- alone. Getting onto the train and reaching Varanasi was easy. The moment I set foot on the land all alone- I realized I had to take charge. Belonging to Delhi- I have been accustomed to Ola all the time- here in Varanasi is when I realized too much dependency on that can get you into trouble too. I convinced an Auto walla to take me to my hotel (thank god I had booked for one previously).

My father belongs to the tourism industry- unlike a lot of my other peers I have been travelling very frequently since childhood. I was 10 when we visited Goa and it continued. Family has been an integral part of my travel plans unconsciously- this however was my first experience of being in a city all by myself and nothing planned except the prior hotel reservations.

I reached the hotel and left for BHU as that is the reason I was here. Later, I took an auto and asked him to drop me at Chauk as was recommended by the people at BHU. When the auto guy entered all the congested streets of the city- I believed he was taking shortcuts but instead he took me to a weird corner in the city where he thought I could shop for Banarasi Saree and I realized that I was not safe here, there is this uncomfortable feeling when you enter a place you are not suppose to be at- it was like that. It was the darkest place in the city till now and was a blocked dead end. People around seemed to be ogling and wanted me to step out to take a look at the Sarees. My heart beat paced and I told the driver sternly to take me to the place where I had asked him to. He was reluctant for a moment and I had to bring in Police into my dialogue so as to convince him to take me out of the place.

Varanasi is a lot of things to a lot of people- some visit here to discover the spirituality, for some it’s an experience of the culture, for some it’s only a pilgrimage, for me it was a leap- a step ahead of what I was and how I had been travelling for so long.

Things to do in Varanasi-

Ganga Aarti at Dasashwamedha Ghat- This has nothing to do with how religious you are, the entire ambience that is created on the Ghat can only be experienced. The 7 priests that continue to do the Ganga Aarti for almost half an hour are disciplined in their own way- their actions, body postures and even their clothes are symmetric and similar. The ghat gets its name from the sacrifice of 10 horses here in a Yagya that Lord Bhrama conducted to welcome Lord Shiva. Das refers to the number 10 in Hindi and Aswamedha is a synonym for horse. The Aarti typically starts around 7pm and is filled with chant recitation after that.

Assi Ghat- The Subah-e- Banaras is an event one must attend as you get captivating view of the Assi Ghat with the sunrise- vedic enchanting, Indian Music and Yoga. The lemon Tea at the ghat is also a must- it is very different from all the lemon teas one has ever had and can be bought for only Rs. 10.

Baba Thandai- As you step out there stands the small kiosk of the Thandai, this one things will fill your mouth with a blast of taste.

Chauk- When in Varanasi- do not forget the Banarasi Saree and pan- the Chauk is the place to go crazy on the sarees. There are a lot of big fancy showrooms- I would however recommend- surrendering yourself to the streets of the Bazaar and buying from the small wholesalers as they have variety at lower prices. The paan walla at the Chauk is famous too.

Kashi Vishwanath- This is one of the 12 jyotirlinga of Lord Shiva. This is located on the western ghats of the city and have several people walking in daily. One cannot carry any electronic gadgets into the temple. 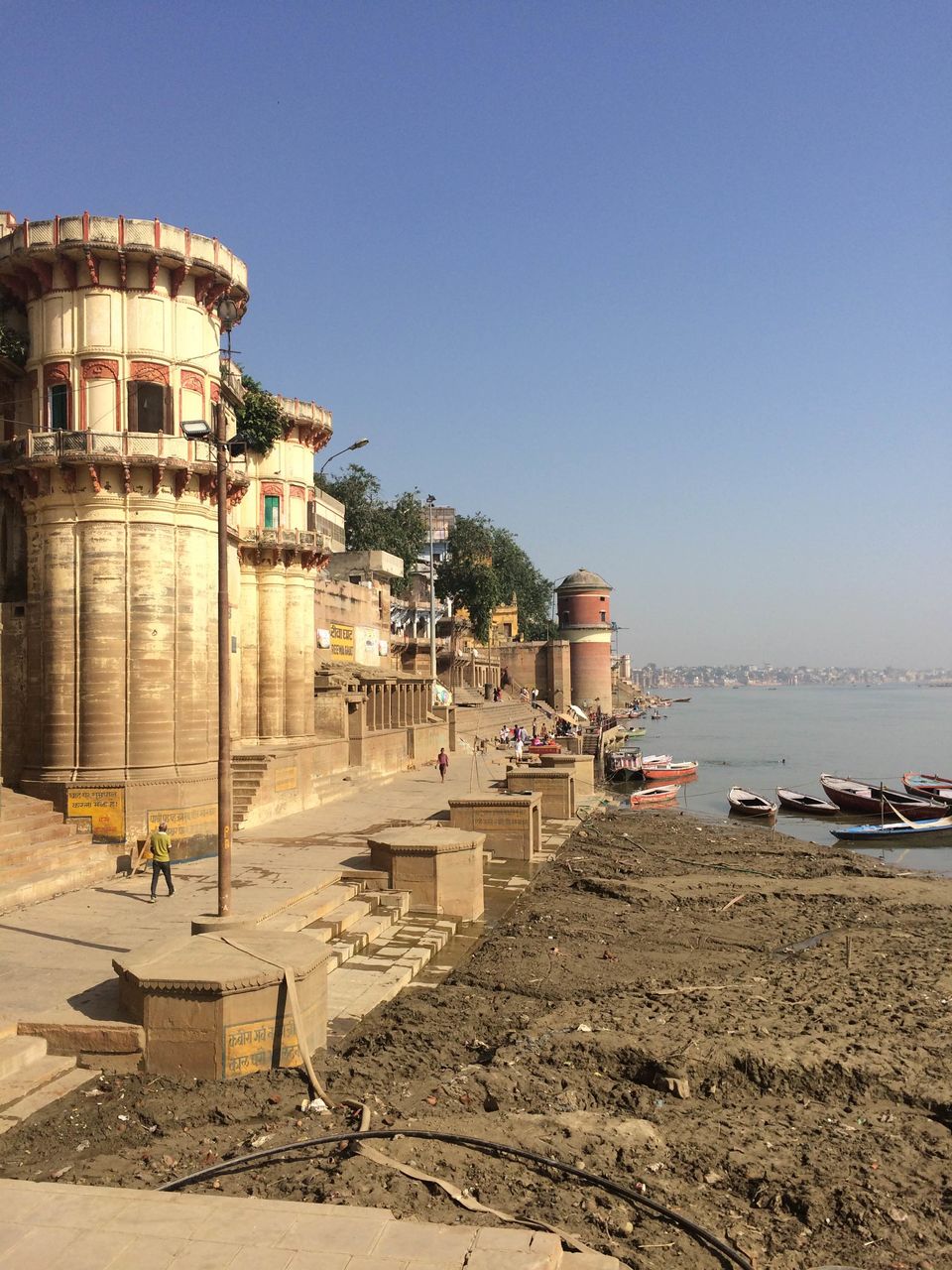 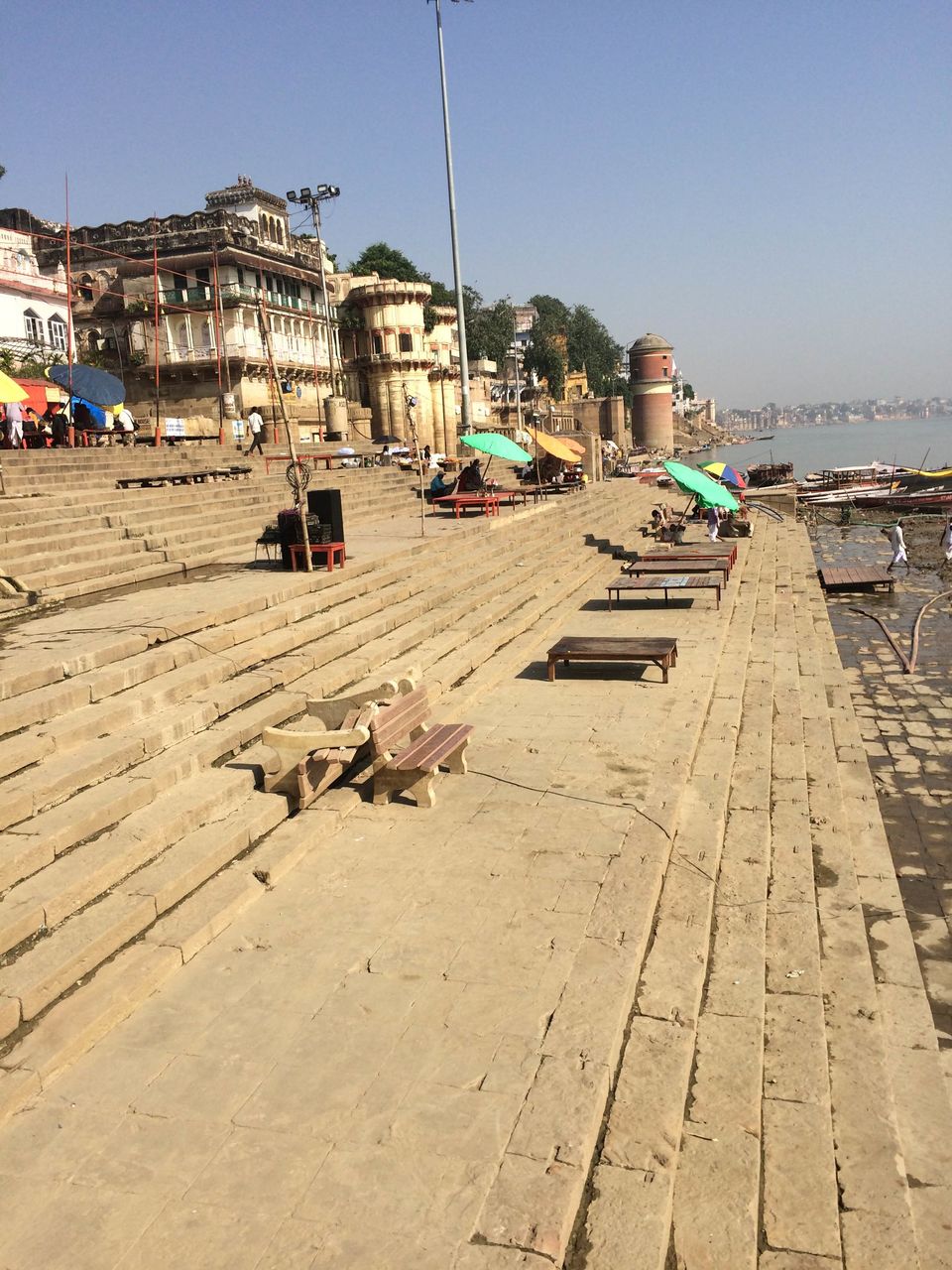 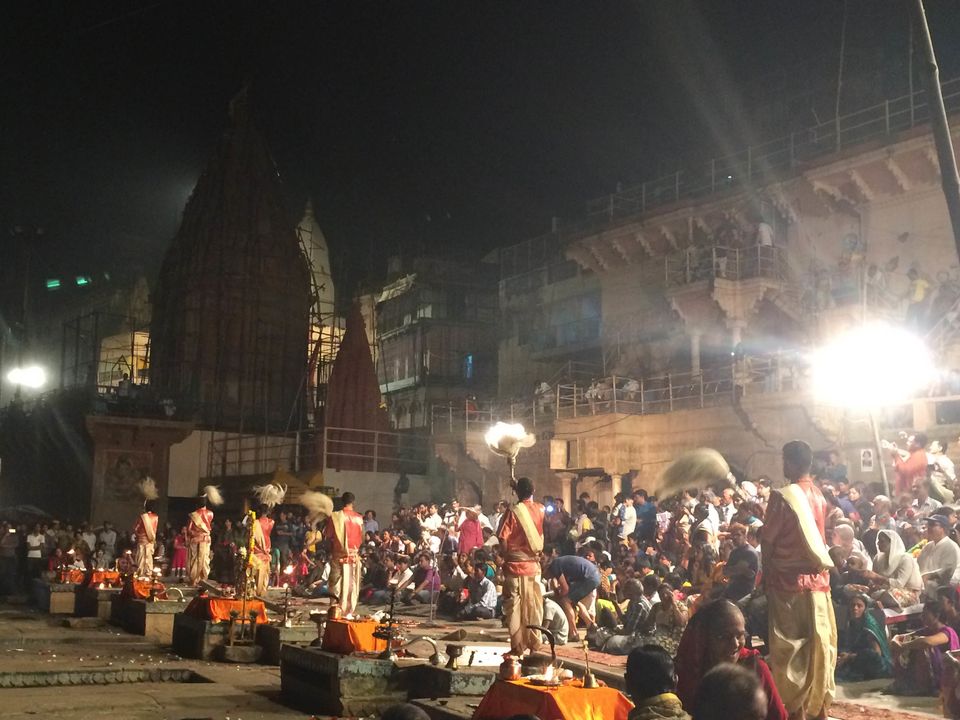