Having had a good night's rest post all the first day fun, we headed out of the hotel with high hopes.

We had an early start to the second day too. We were all set and had left the hotel by 5am. And we had to leave early since the first place today in the itinerary was yet another peak. And peaks are most enjoyed with cool morning breeze and a hot cup of tea ☀️

We were at the check post by 05:15am and were surprised to see that a lot of cars had already lined up ahead waiting for the gates to open.

Too many morning birds! 😛

Since we had nothing to do for the next 45 minutes, we took a stroll all the way till the check post gate and found some stalls serving tea and biscuits.

As soon as the gates opened, the traffic melted away like a lump of sugar in the mouth. People were racing to reach to the top (I wouldn't do that :)

Before the peak, there is a temple where people stop for a quick break. There is also a paid toilet facility here, but isn't maintained like one 😛

Few kilometers uphill, we finally reached the peak, also known as Manikyadhara view point. We had reached there pretty early so the crowd was less. The view from up here was even better than the Mullayanagiri Peak. We spent quite a lot of time sitting around absorbing the good energy of the nature. 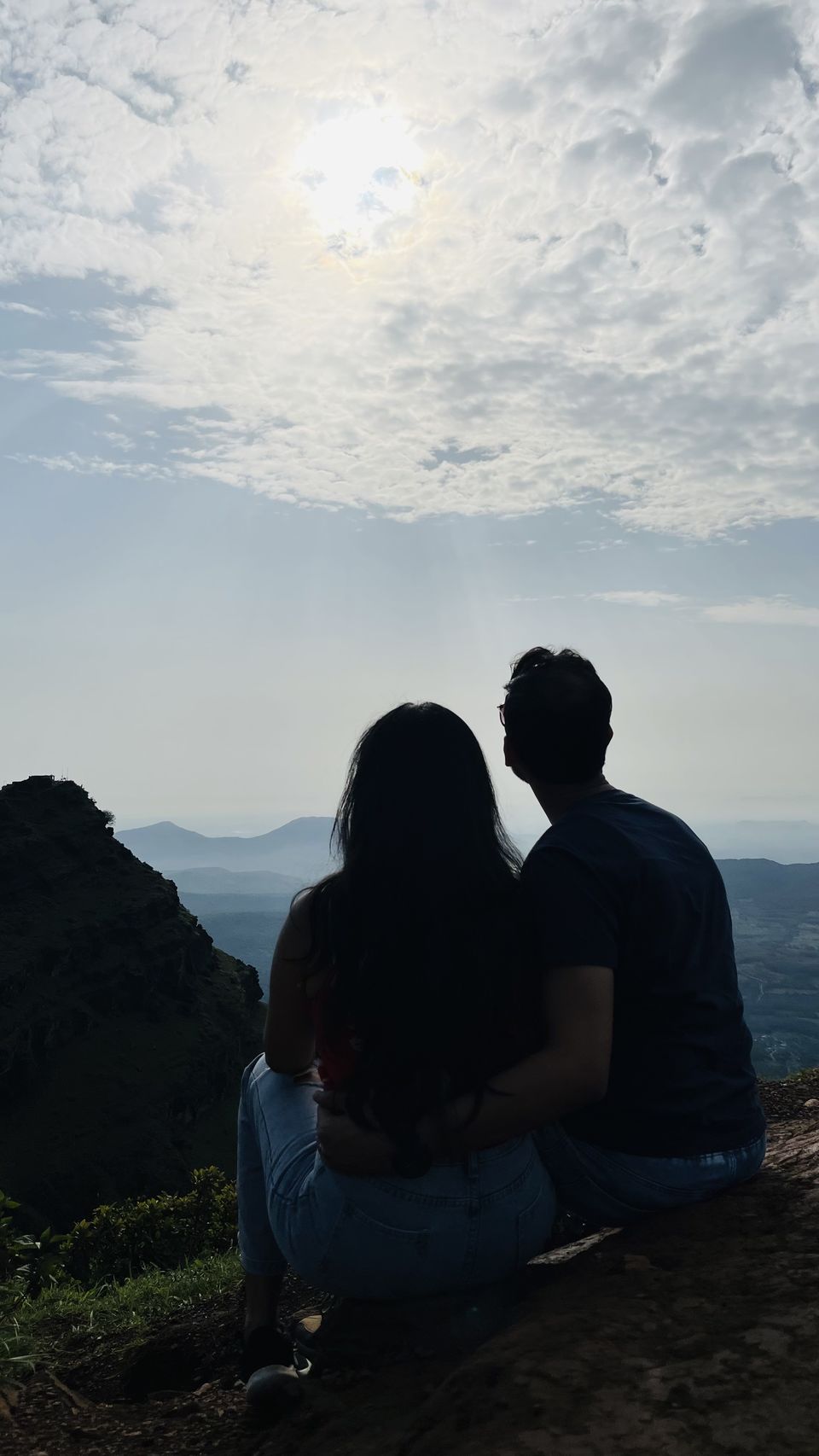 One sad part was that the people had totally disrespected the area. There was all kind of trash thrown around which did not complement the nature at all.

From the view point, there was a staircase that led down to a small waterfall. But again, the sanctity of the falls had not been maintained by the people. So, we kept our stay here brief.

It was now time to head for the main attraction for the day - Hebbe Falls. We couldn't think of anything that could be better than the peak we had seen in the morning. But we were going to be proven wrong pretty soon.

On the way to the falls, we got to know that there are many elephants in the region. And it wasn't safe to cross the forest area at night. Luckily, we had the entire day ahead of us, and we didn't had to compromise on the fun rushing through it all.

We stopped at Cafe Farm for breakfast. It was mainly serving South Indian delicacies for breakfast, and it tasted quite good.

With full tummies, we continued the last leg of our journey.

We had finally reached the entry gates. And we got to know that there was an hour long waiting for the jeep queue. And private vehicles were not allowed further since the roads were practically non-existent, and it was an entire off-roading experience. We initially thought that they were making way too much of a deal, but once we set foot in the jeep, we realized that they had set this protocol for a solid reason. It was around half an hour journey from the entry gates to the drop point. And there were places where the track could barely fit the vehicle. The wheels of the jeep were half on the road, and half in the air. Scary! I must say. But thankfully, the drivers were trained to drive on these roads, so there was some sense of peace in all of us.

Jumping up and down in the jeep, we finally reached the drop point. The driver gave us around an hour and a half to return to the same spot, where he will be waiting for us. And there were charges if you were to get late :(

The falls were around a kilometer away from the drop point, an easy trek I would call it. As we approached the falls, we could hear the sound of the water falling down on to the stones. And there was a nice cool wind coming from the direction.

And the Hebbe falls finally came into view. And we were simply blown away at the sight of it. Drizzle all around and a little sunlight, helping a rainbow materialize. People were down in the water having a fun time. We also put on our swim wear and jumped into it. The rocks were slippery and the water, ice cold! But we had an amazing time. 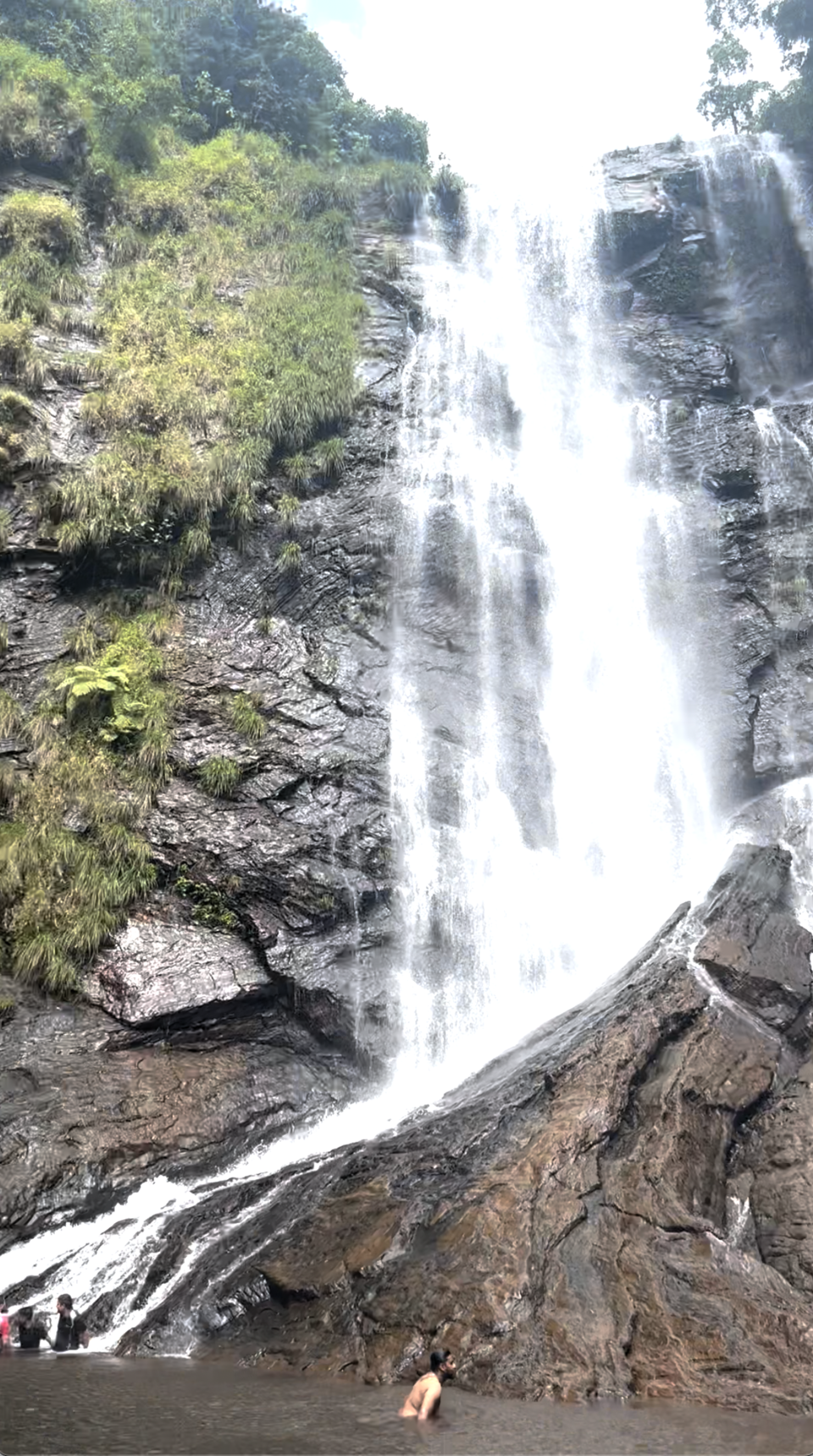 Time flew so fast, and it was time to head back to the drop point. But we returned with even more energy than we had started with.

Having had changed clothes, we headed to the Red Soil Land, aka Kemmanagundi. There was a very pretty rose garden, from the end of which we got the view of the entire surroundings. It had been maintained beautifully. And provided us with a great view to unwind and relax. 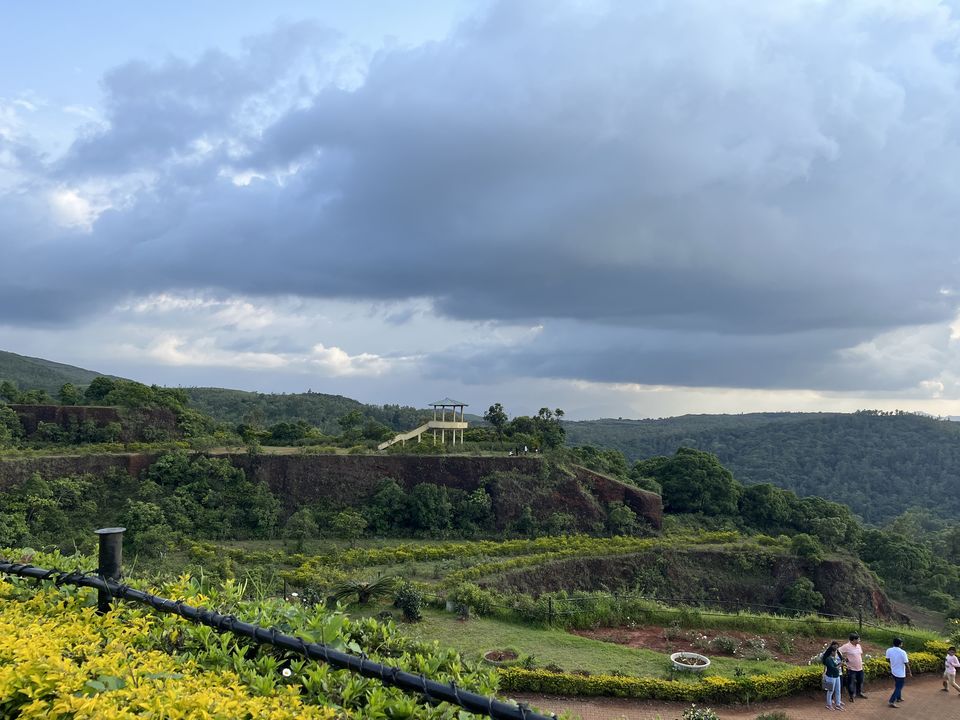 And these were the major highlights from day two of our trip. Upon reaching back to Chikmagalur, and finally turning to our beds for comfort, we had the famous coffee from the Panduranga coffee house, followed by dinner.