Hospet Travel GuideHospet TripsHampi: A Capital Buried Under The Ruins

Hampi: A Capital Buried Under The Ruins

The Lonely Planet describes the place as - "A fantasy world of rocks and ruins".

Well, it's more real than fantasy, a world that was once covered with richness and grandeur, now lies as a devastated beauty.

On the banks of the Tungabhadra river, the former capital of the Vijayanagar Empire once had a population of millions, making it one of the largest cities during the 15th Century AD.

For the lovers of history, Hampi will surely be a gift from the past, and for others, it'll make you fall in love with history and the ancient architecture.

About reaching Hampi: The best way is to take the (overnight) Hampi Express from Bangalore, which goes till Hospet (the nearest railway station). Hospet will provide you with numerous options for accommodation, ranging from budget hotels to boutique hotels.

From Hospet, you can hire a car, or an auto to reach Hampi, which is located at a distance of around 17kms.

For me, the Hippie Town was a more attractive option, and Buddha Café is the place to satiate your taste buds. Located on the bank of the Tungabhadra, this little café serves everything from Israeli cuisine to Spanish and Mexican, and of course, the Desi-dishes!

After a hearty lunch, we took a walk around the town, which has little shops and brightly graffiti painted walls.

Anegundi was the final destination, located on the Northern banks of the river, which was the kingdom of the Monkey-King Sugriva, according to the Ramayana. The Anegundi Fort, turned to ruins, still stands there. Although Hampi sees thousands of visitors each year, not many comes to Anegundi, and the villagers here seem to be quite happy and peaceful in their near-secluded lives. 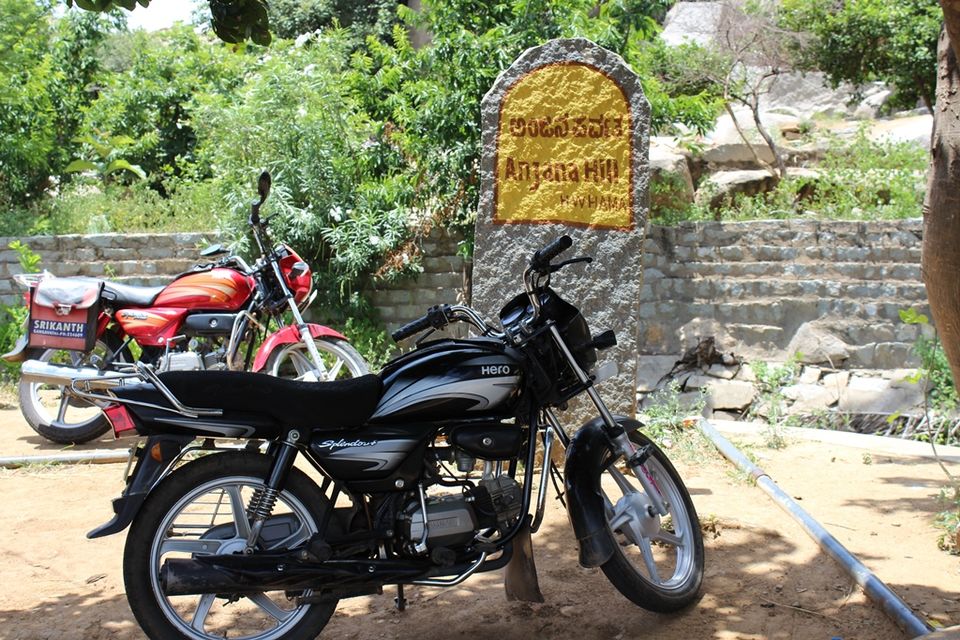 Kishkindha Water Park, behind which lies the Tungabhadra Dam 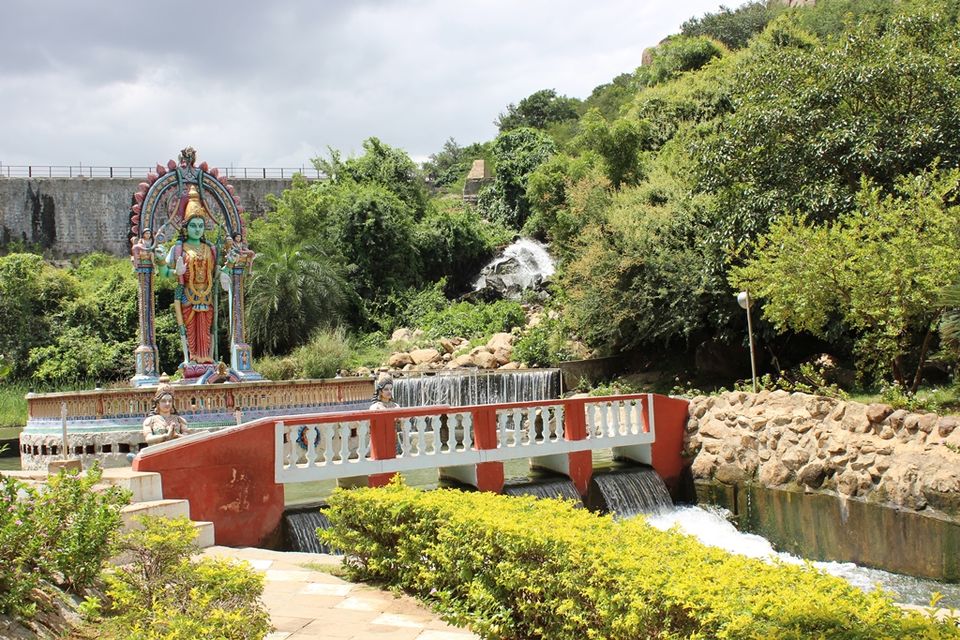 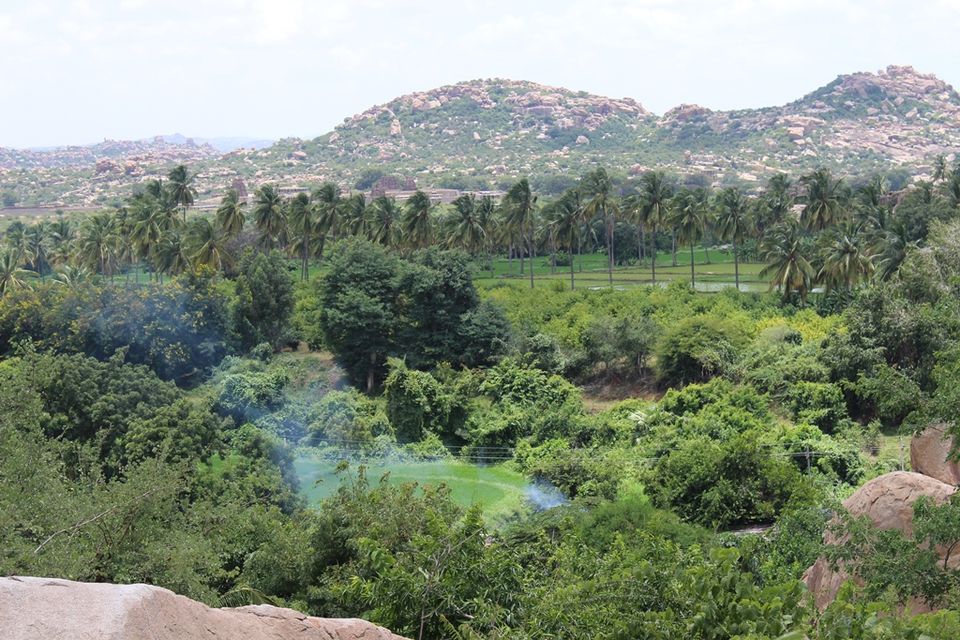 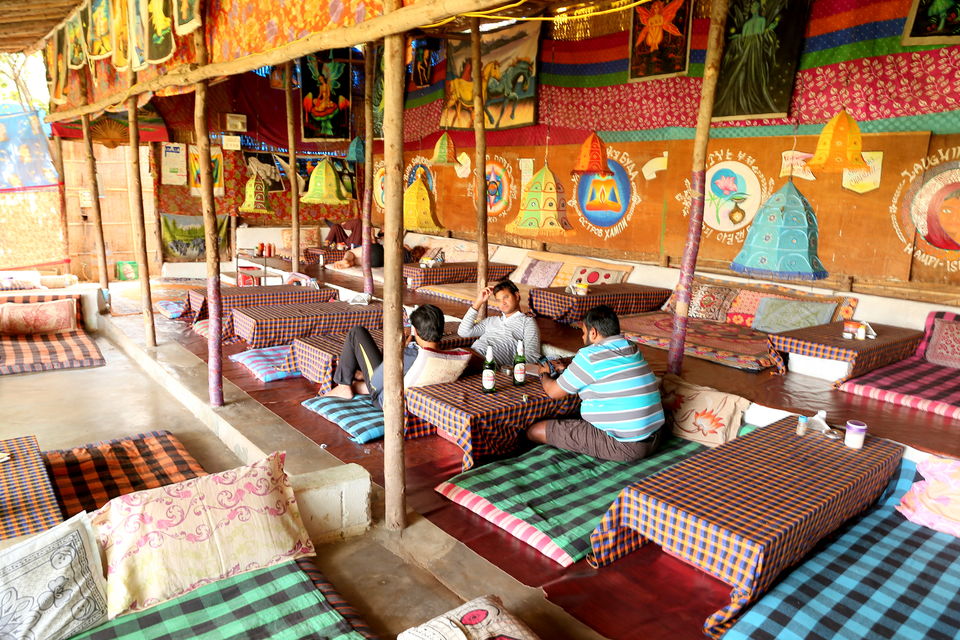 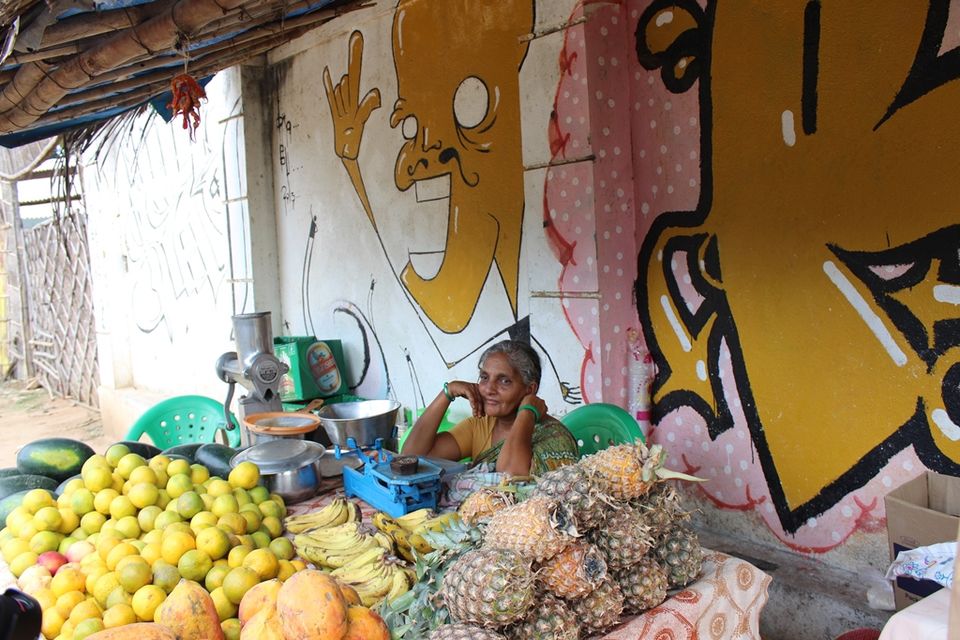 So if you are planning to travel to the Hampi, two days are good enough. Exploring the history would definitely be enriching and a journey worth experiencing. 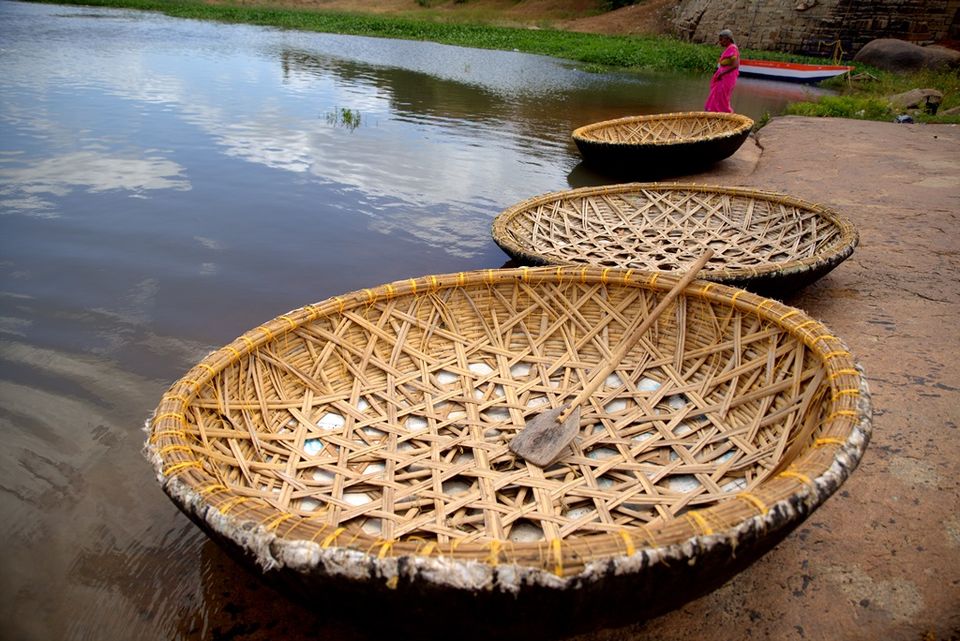 Being a budget traveler, I chose to travel by auto, which was considerably cheaper. As the auto entered through the huge gate, the Stonehenge welcomed me. I was trying to imagine how the place would have looked like, back in the 15th Century.

The entire complex comprises of several magnificent temples with intricate work of architecture, of which the Virupaksha Temple and the Vittala Temple are the most famous.

(It is advisable to opt for a guide, because no matter how much information you gather from books and Google, the guides always have a more spicy version of the tales.)

The work of art, and the way life has been portrayed in the walls, can never fail to leave anyone speechless. You might be an atheist, agnostic or a believer - but the Virupaksha Temple will definitely soothe your senses cross passing the way you look towards God.

Coming out of the temple complex, as I walked towards to the Tungabhadra river, I could see the little wicker-basket boats floating on the water. Known as Coracle, it took us to the other side of the river, where the Vittala Temple stood.

The Vittala Temple complex has several ‘mantapas’ and the massive Stone Chariot. As I gazed at the huge stone Chariot, I realized how small things appear to us when we see them in the virtual world. I've seen the same for several times in the pages of my school books, and also in Google Images - but I always failed to realize its aura that portrays the taste of its makers. Apart from the iconic stone Chariot, the temple houses the magical musical pillars.

Our next destination was the Zenana Enclosure, where the main attraction was the Lotus Mahal.

The Queen’s Bath, the Narasimha Vigraha, the Pan-Supari Bazaar, and the Shiva Temple immersed in water are a few other sites of attraction.

The sunset at the Tungabhadra River seemed to be a perfect end to the day’s venture. 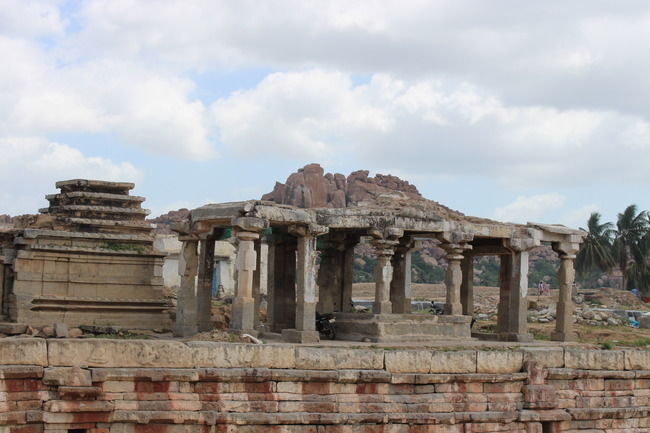 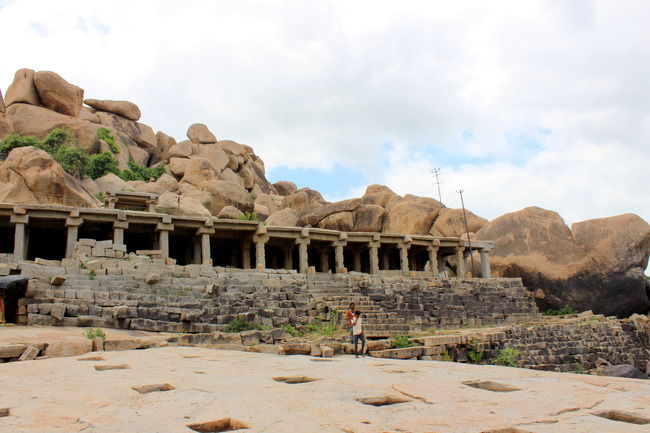 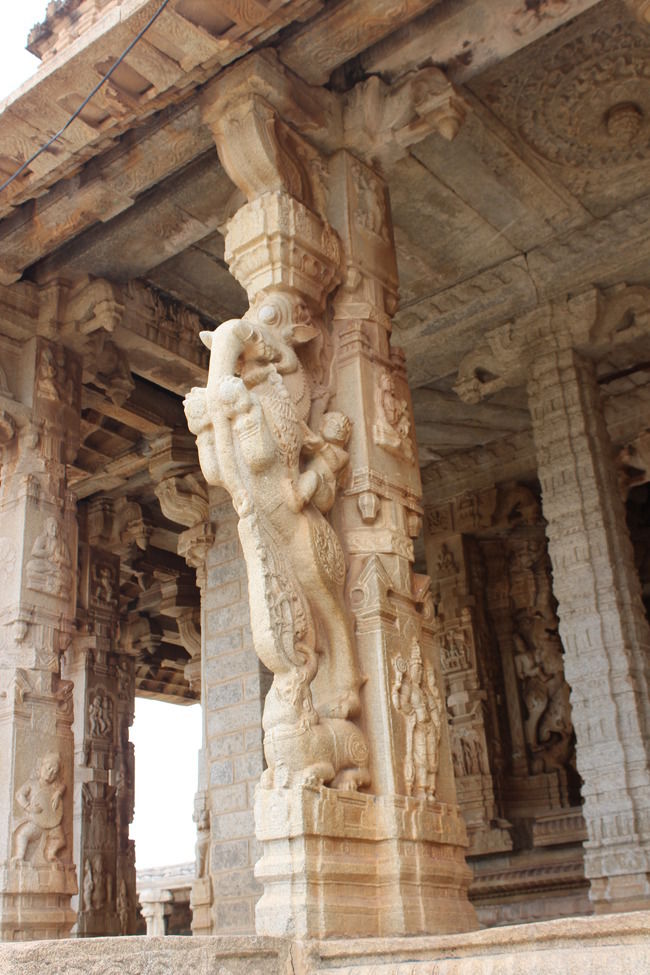 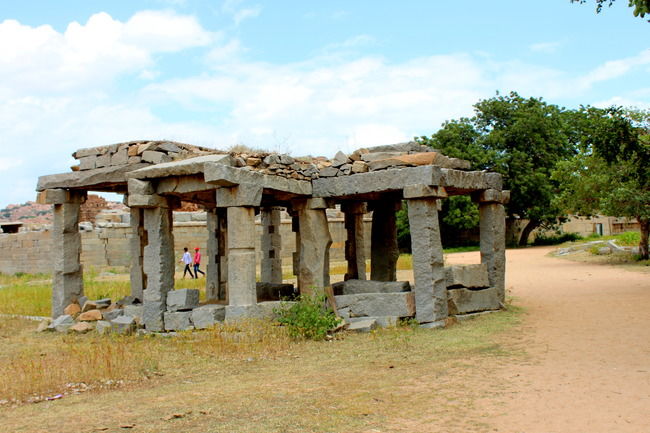 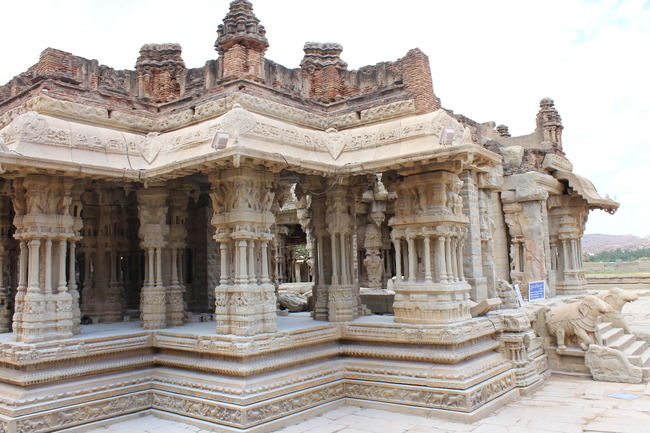 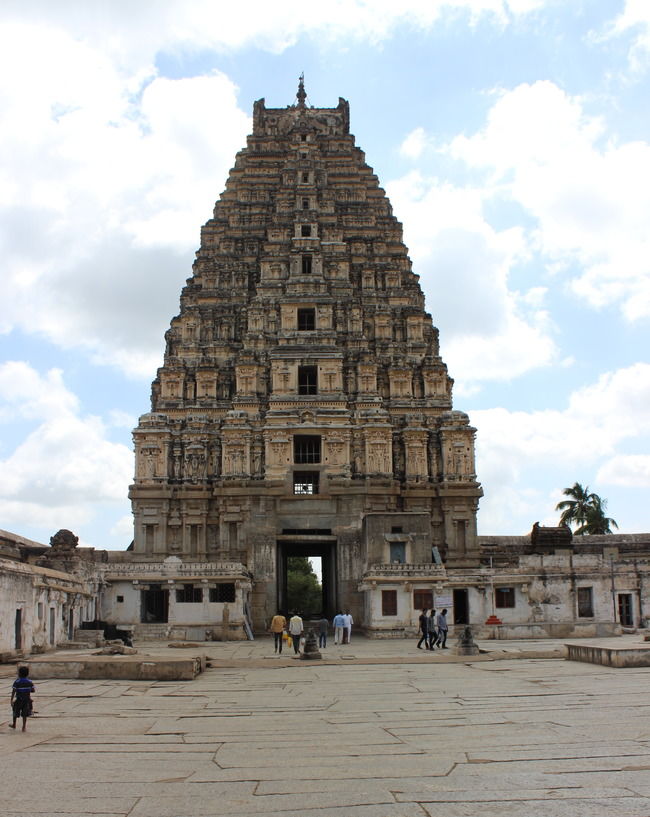 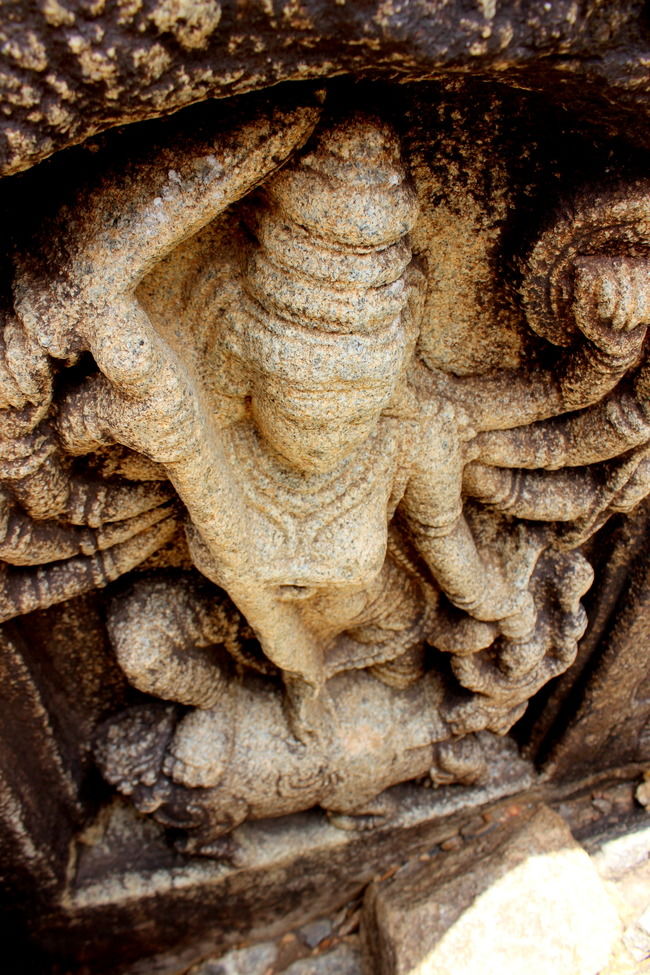 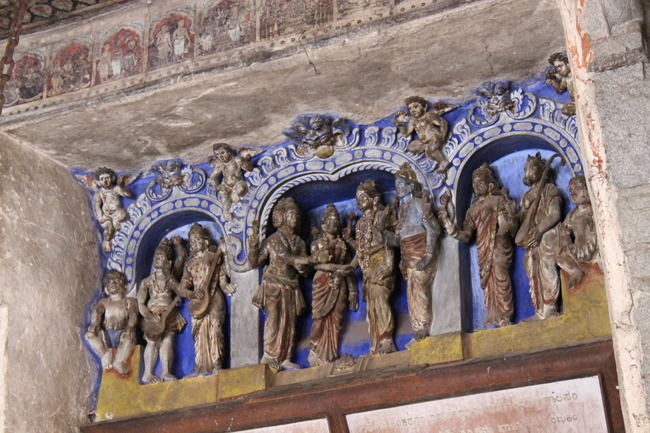 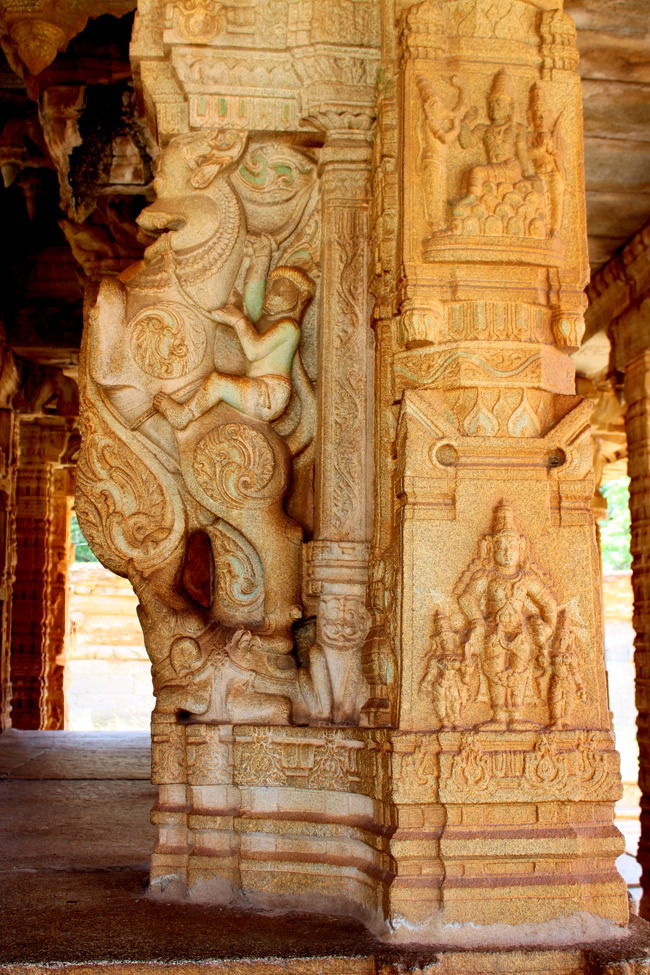 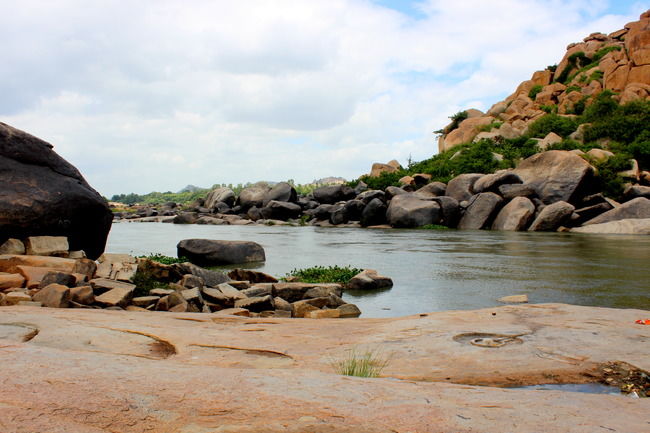 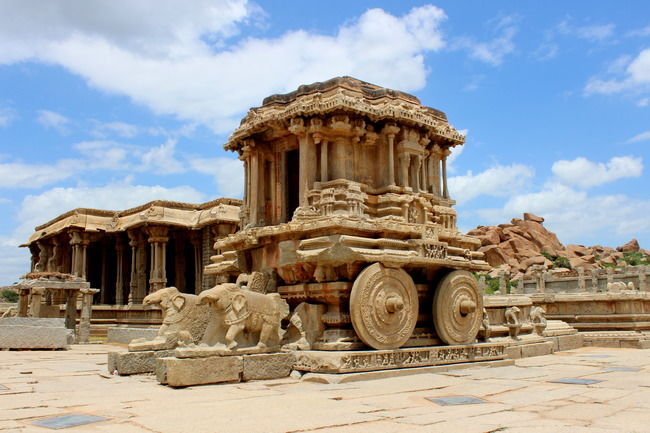 The plan was to dig deeper into the pages of mythology, and explore Kishkindha – the birthplace of Lord Hanuman, according to Ramayana.

The lush green fields on both sides guided us till the Anjaneya Hill, atop which stood a Hanuman Temple, where people flock to get their wishes fulfilled. The view from the top makes it worth climbing up!

At a little distance stands the huge Tungabhadra Dam, which supplies water to the nearby Kishkindha Water Park. This place has grown as a major tourist attraction, although one wouldn’t mind skipping it.