A Guide to Caving in India 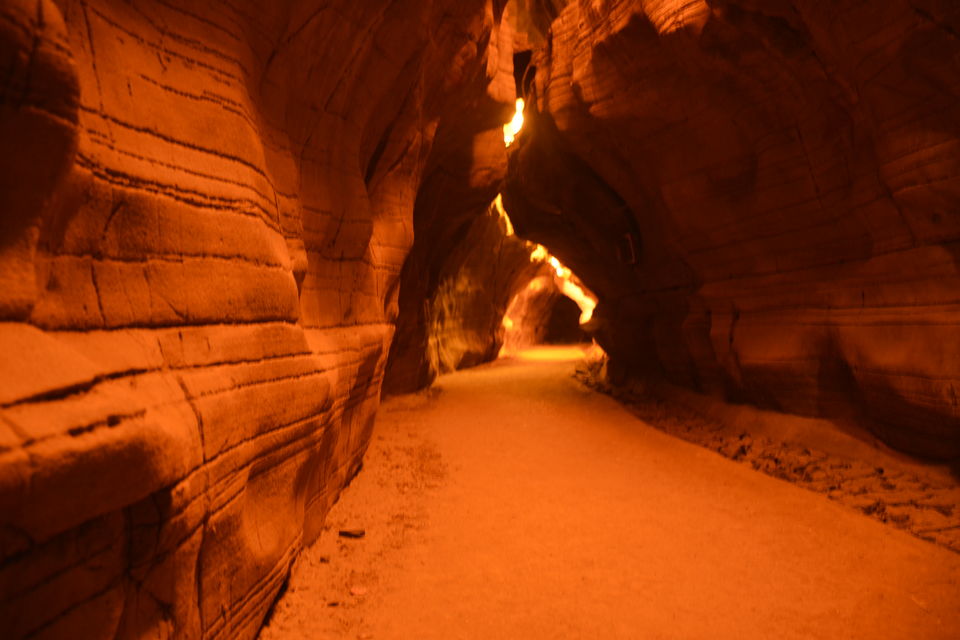 For an adventure junkie, satisfaction is rare to find. It is one of the reasons why they seek introspection on the roads of extremities. One such activity that has been gaining popularity among this crazed cult is caving. There are plenty of caves in India that everyone has heard of; the Ajanta and Ellora caves and the Elephanta caves of Maharashtra are the first names that come to one’s mind. These have been commercialised since inspection of these caves was completed a long time ago. But there are still many caves spread all across India that are waiting to be discovered. Those who like stepping into the unknown don’t need an invitation for this. Here is a guide to destinations appropriate for caving in India.

Krem Liat Prah is the longest natural cave in India. An ongoing project called the Abode of the Clouds Expedition in the Shnongrim ridge of the East Jaintia Hills has already monitored about 34 kilometres of this natural cave-system, made up of stalagmite formations. The state of Meghalaya has more than 1500 caves. Less than a fifth of this has been inspected, albeit not entirely. Professional and semi-professional groups have been exploring the East Khasi Hills, South Garo Hills and Jaintia Hills since the beginning of 21st century. The best time to visit is from November to March when the water level inside the caves is at the minimum.

How to get here: The nearest airport is the Shillong International Airport which is 90 kilometres away. 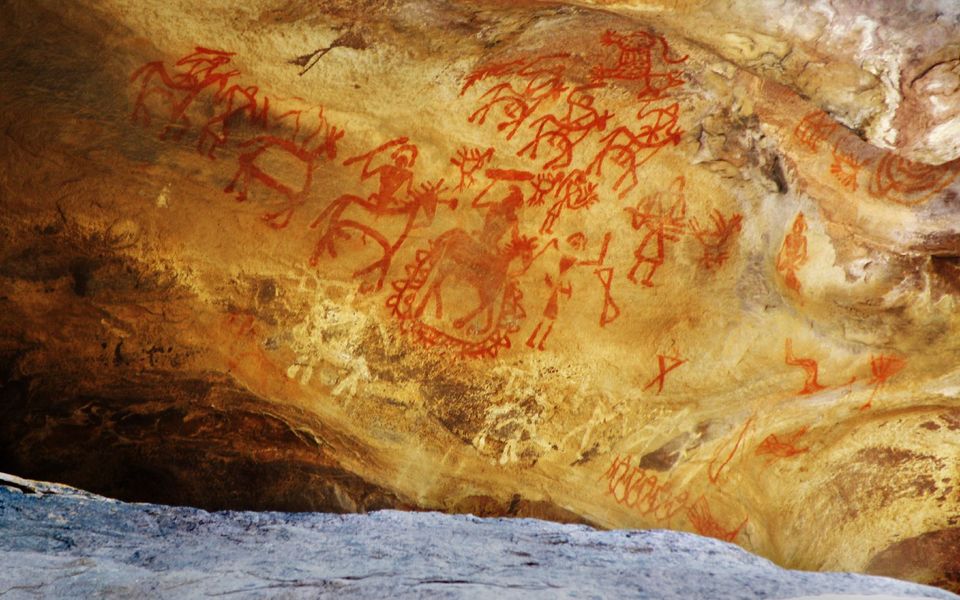 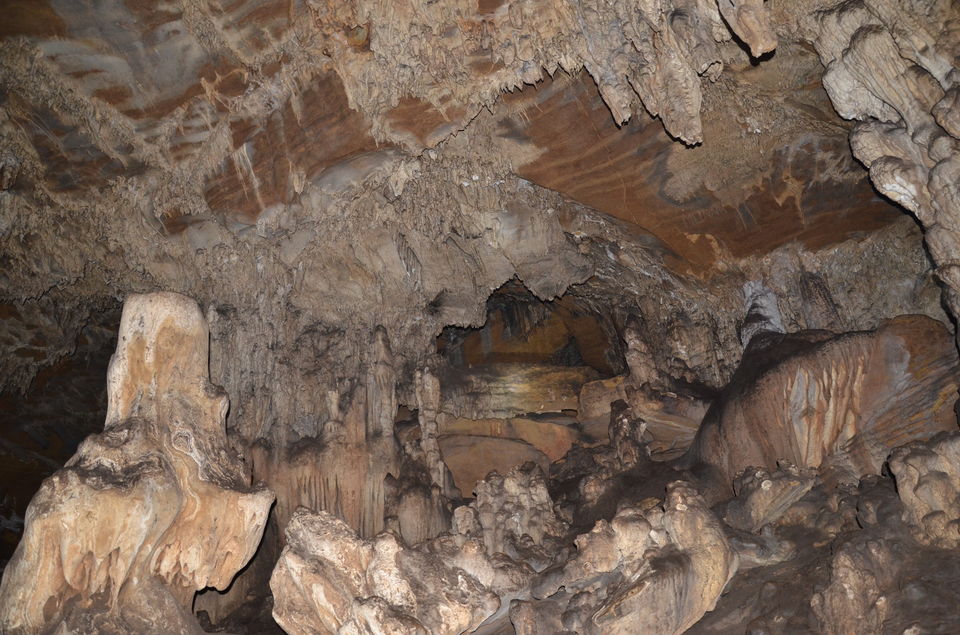 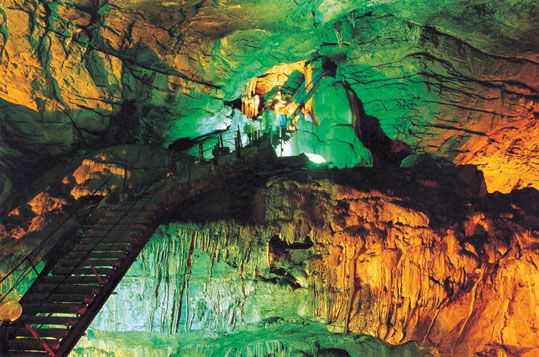 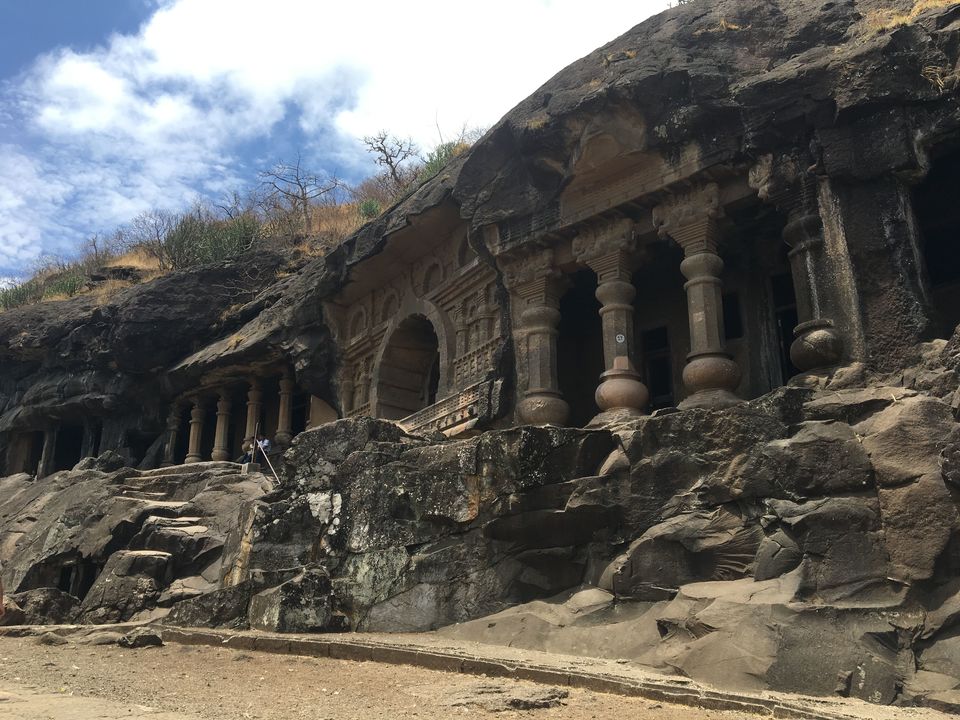 The Bhimbetka rock shelters are an archaeological site of the Paleolithic age in the Raisen district of Madhya Pradesh. They depict the earliest traces of human life on the Indian subcontinent, and bear a striking resemblance to similar rock art sites across Australia, Africa and Europe. Since these caves are situated inside the Ratapani Wildlife Sanctuary, any new discovery is in the hands of the Government of India. Although it is a UNESCO World Heritage Site, large portions of the area remain untouched.

How to get here: The nearest airport is the Raja Bhoj Airport (Bhopal) which is 72 kilometres away.

When to visit: October to March

The Belum Caves of Andhra Pradesh is the largest and longest cave system open to public in the Indian subcontinent. This natural underground cave system, known for its stalactite and stalagmite formations, was formed over the course of thousands of years by the constant flow of underground water. These caves extend to more than 3 kilometres, reaching its deepest point at 46 metres from the entrance level. Although fully explored and inspected, these caves have not generated as much interest among tourists as they deserve.

How to get here: The nearest airport is the Tirupati International Airport which is 260 kilometres away.

When to visit: October to March 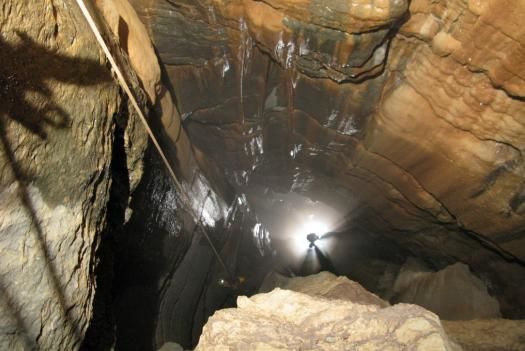 Located near the Lumshnong village in the Jaintia hills of Meghalaya, Krem Kotsati extends to more than 21 kilometres under the Jaintia hills. The word ‘Krem’ means cave in Khalsi language, and this particular cave system has more than a few virgin river passages. There is a total of 24 entrances (horizontal and vertical) to this cave system, some of which require the spelunkers to swim in order to enter the cave.

How to get here: The nearest airport is the Shillong International Airport which is 120 kilometres away.

Kotumsar cave is located near the tiny village of Kotumsar in Chattisgarh. This limestone cave is formed on the Kanger limestone belt, near the bank of the river Kanger. Situated at an altitude of 560 metres above sea level, the Kotumsar cave was first explored in the 1950s although its existence had been known since the British era of India. Resting within the Kanger Valley National Park, it remains closed from June to October due to high probability of flooding during the monsoons. It remains one of the most biologically explored caves in India.

How to get here: The nearest airport is the Swami Vivekanada Airport (Raipur) which is 318 kilometres away.

Also called Borra Guhalu, the Borra caves are located in the Ananthagiri hills of the Araku valley in the Visakhapatnam district of Andhra Pradesh. The Borra caves are basically karstic limestone structures, which extend to a depth of 80 metres. The Gosthani river, which originates in these caves flowing between the stalactites and stalagmites, is the cause for the odd shapes found inside the caves. Considered to be the deepest cave in India, excavations carried out by archaeologists have unearthed stone tools of Paleolithic culture.

How to get here: The nearest airport is the Visakhapatnam Airport which is 76 kilometres away.

When to visit: November and December

The Trirashmi Leni (or the Pandavleni caves) are a group of 24 caves carved between the 1st century BCE and 2nd century CE, about 8 kilometres south of Nashik, Maharashtra. Located high in the mountains of Trirashmi, the various inscriptions found in the caves confirm that Nashik (in that period) was ruled by three dynasties (Kshatrapas, Satavahanas and Abhiras), all of whom fully supported Buddhism. A combination of viharas and chaityas, this holy Buddhist site should be visited during sunrise when the rays of the sun adorn the intricate carvings of these east-facing caves.

How to get here: The nearest airport is the Gandhinagar Airport (Nashik) which is 10 kilometres away.

When to visit: November to February

Have you been caving in India? Tell us about it.