Bike ride from Bangalore to Chikmagalur 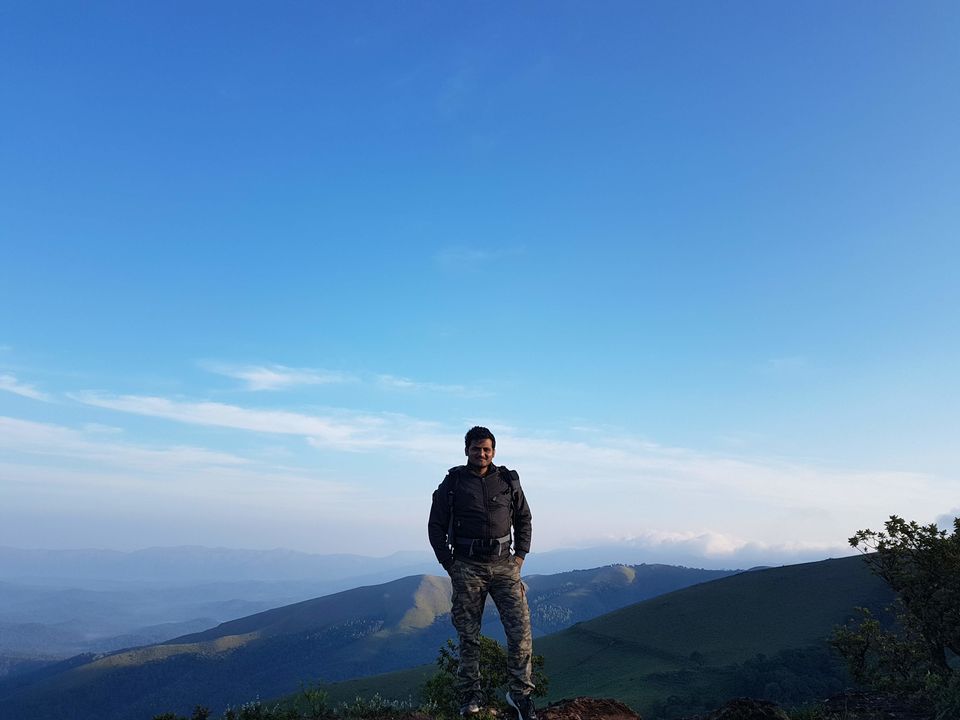 Friday night, at 8 PM, frustrated at office and for not having a vacation from a long time, I decided to go somewhere. Where, was still a question. I remembered my college friend saying its been really long. I called him up, asked him if he had any weekend plans. I left office, bought pairs of bungee cord, leg guard & hand guard on my way back home. I wanted to drive, on good roads but not too far, we just had one weekend! But destination was still unknown. I reached home, called him again. He said Chikmagalur is closest good place. I looked for hotels and booked. And this was our final plan - a ride to Chikmagalur. I made one album on google photos, had dinner and slept peacefully.

It was 4 AM in the morning, he called me to wake me up. We freshened up, had few bananas, geared up for the ride and left our home at 5 AM. Here are few photos taken near the toll-gate after few hours of riding. 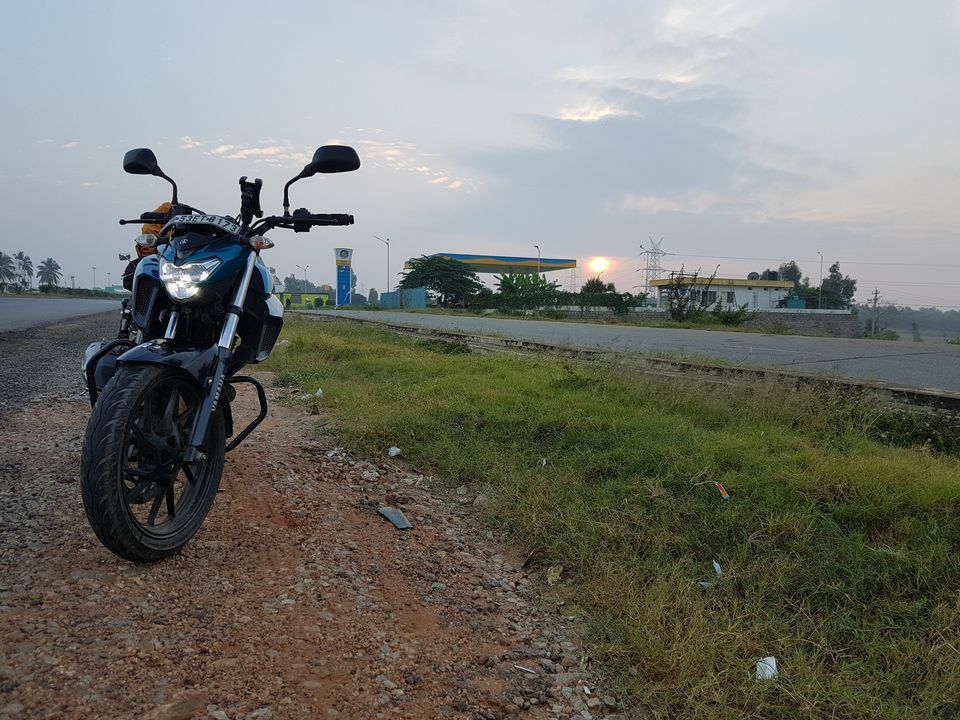 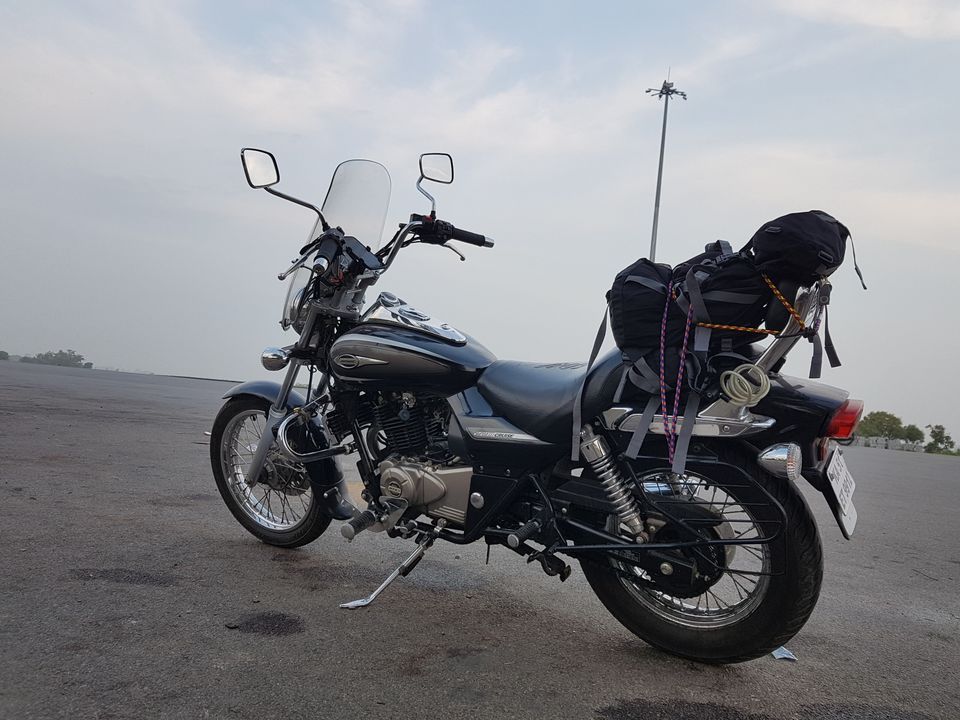 We continued from here, hungry, sleepy and cold. We were craving for coffee. Well this is one of the best part of a road trip, food, isn't it? After another hour of ride, we stopped at a well known restaurant called Kamat Upchar. Tea, Coffee, Dosa and the feeling that there are many riders along motivated us. We continued our journey with the same enthusiasm.

After another half an hour of ride, we stopped for a break. This is when Hassan road ends. This is when the highway ends and desi roads start. Soon we realized that we were riding on one of the the best roads around Bangalore (Bangalore Hassan highway - NH75). We did not know what we were going to do in Chikmagalur, but the Friday frustration kept us motivated for the ride.

After almost 6 hours, we reached our hotel (Giri Inn), had lunch in a nearby restaurant and slept off. After waking up, we tried to discover rest of the itinerary. But this trip was as unplanned as it could be and it was too late to go anywhere. We just roamed around and enjoyed the evening on the way to Mullayanagiri. The day ended with a nice dinner and coffee.

We woke up late as usual, almost 1 hour late from our planned time. Plans never work, isn't it? We freshened up, packed essentials and left for Mullayanagiri again. This time we had enough time to reach the top. As we neared the top, to our surprise, the roads were broken for laying down fresh roads. But whats the fun of a bike ride, if we don't go off-road. This was challenging but fun. Our bikes happily and easily completed this challenge. We reached our stop, parked our bikes and started trekking. The moment we reached the top, we were amazed by the beauty of western ghats. The cold breeze, the greenery, the sunrise and the feeling of being at the top made our day. Have a look at few pictures we took there.

This is my friend, getting sun kissed

Do you see a lake in between the mountains? 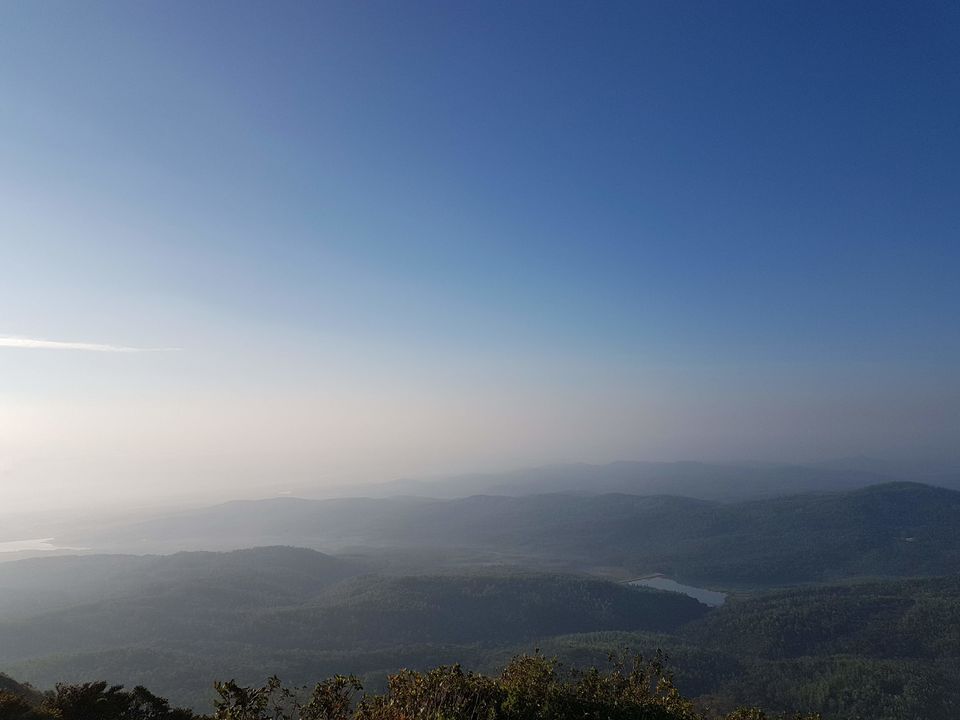 Finally the Sun was out 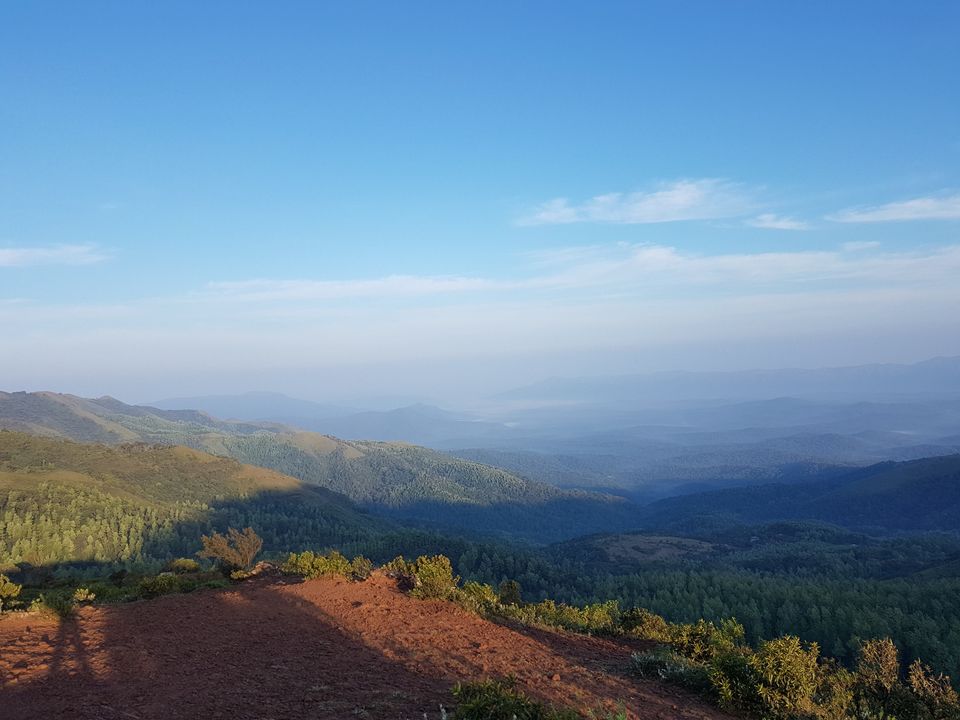 Once the sun was out, we returned back to where we parked out bikes and had tea, biscuits and maggi. We headed back to our hotel, checked out the room and vacated. Had idly for breakfast and left for Bangalore. Reached Bangalore by evening and relaxed with happy faces. No more crying on the next Monday as we had a story to tell - Our Unplanned Trip To Chikmagalur.