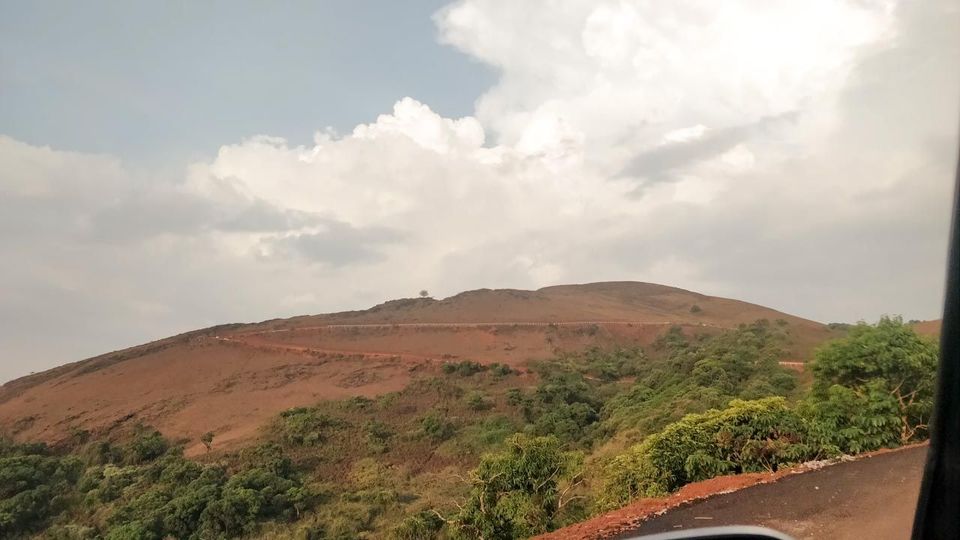 With the temperatures soaring and a drive pending, we decided to head towards Chikmagalur, known as the 'Coffee Land' of Karnataka via Sakleshpur.

I have been to Chikmagalur five times now in the past couple of years, and this place still surprises me each time. Spread over an area of around 7000 sq km, this district of Karnataka is a traveler's paradise. Mullayanagiri, the highest peak in Karnataka, is located in the region. The area has many places to offer from hill stations like Kemmanagundi and Kudremukh and waterfalls like Manikyadhara, Hebbe, Kallathigiri. Wildlife enthusiasts would be interested in the Kudremukh National Park and Bhadra Wildlife Sanctuary present in this district. For us, the plan was to relax with a bit of local sightseeing; hence, we decided to take the route from Sakleshpur (another beautiful destination about 60 km from Chikmagalur). With only 50 km more, we didn't mind the extra few km, as the road from Sakleshpur to Chikmagalur runs through some densely forested areas and ghat sections. It's almost always a cool drive, though this time I was in a car.

Driving with music is an all-time favorite of mine. I don't mind driving around all day long if there's music. Add a touch of rain, and I'd be at absolute peace. I was first introduced to Sakleshpur in 2014 when I first started riding across Bangalore. And have been taking along others to this place ever since. We laughed, spoke, sang the entire way to the Sakleshpur. Somehow every time I've visited Chikmagalur, it is cloudy and fresh, and you manage to get amazing pictures at any spot.

Our first stop after a nice breakfast was at Manjarabad Fort. We reached by noon to Sakleshpur town; the fort is just another 15 mins drive from the city towards Mangalore. The sun was right on top of us, and we rehydrated ourselves with some "Daab" (tender coconut) before heading towards the fort. The fort is another 15 mins hike from the highway, where you can park your vehicle. Luckily for us, as we started to hike up the hill towards the fort, the clouds came to our rescue, and the weather had become pretty cool and breezy in a while to our delight. 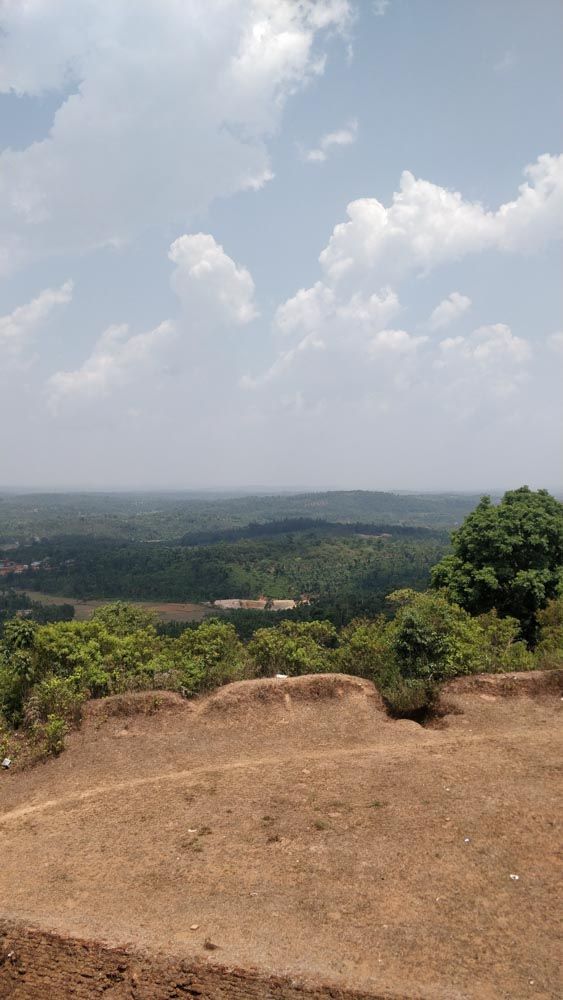 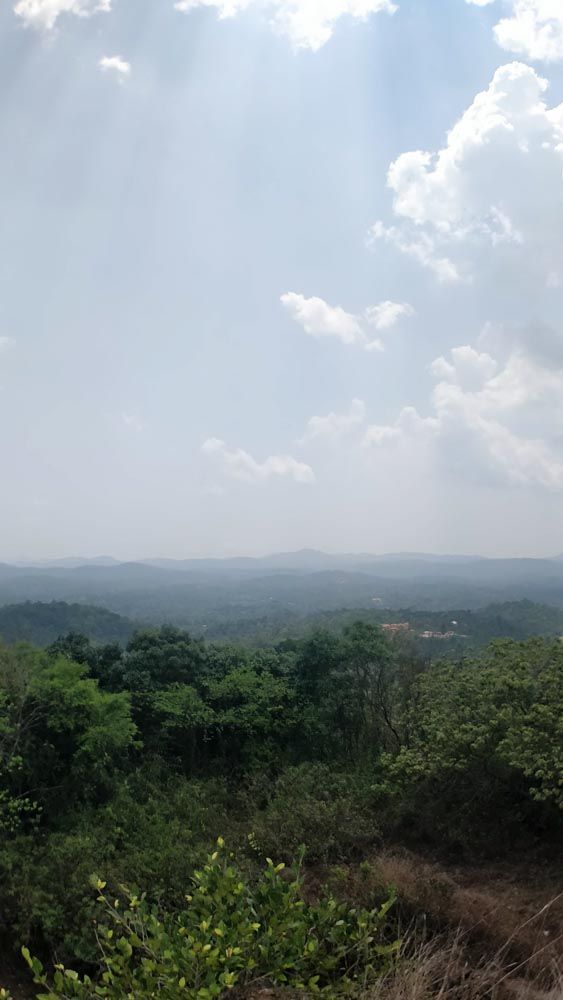 Manjarabad is an 18th-century fort which is shaped like a star, not that big a campus but big enough to house a few barracks for soldiers and ammunition storage. The shape of this fort is pretty unique and gives a good view of surrounding hills and forests, and probably served as an early warning system for any unwanted enemy movements. 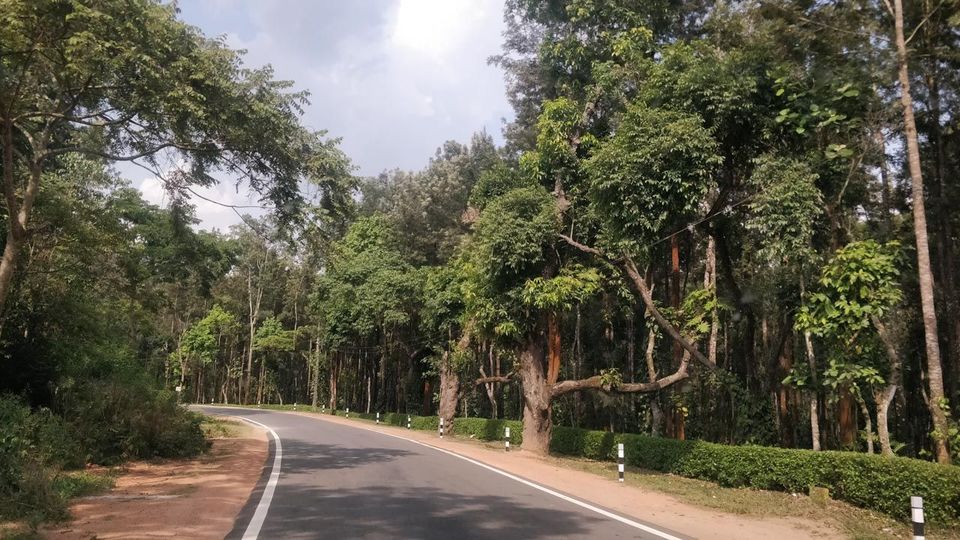 Surrounded by Green Off to Chikmagalur via Mudigere 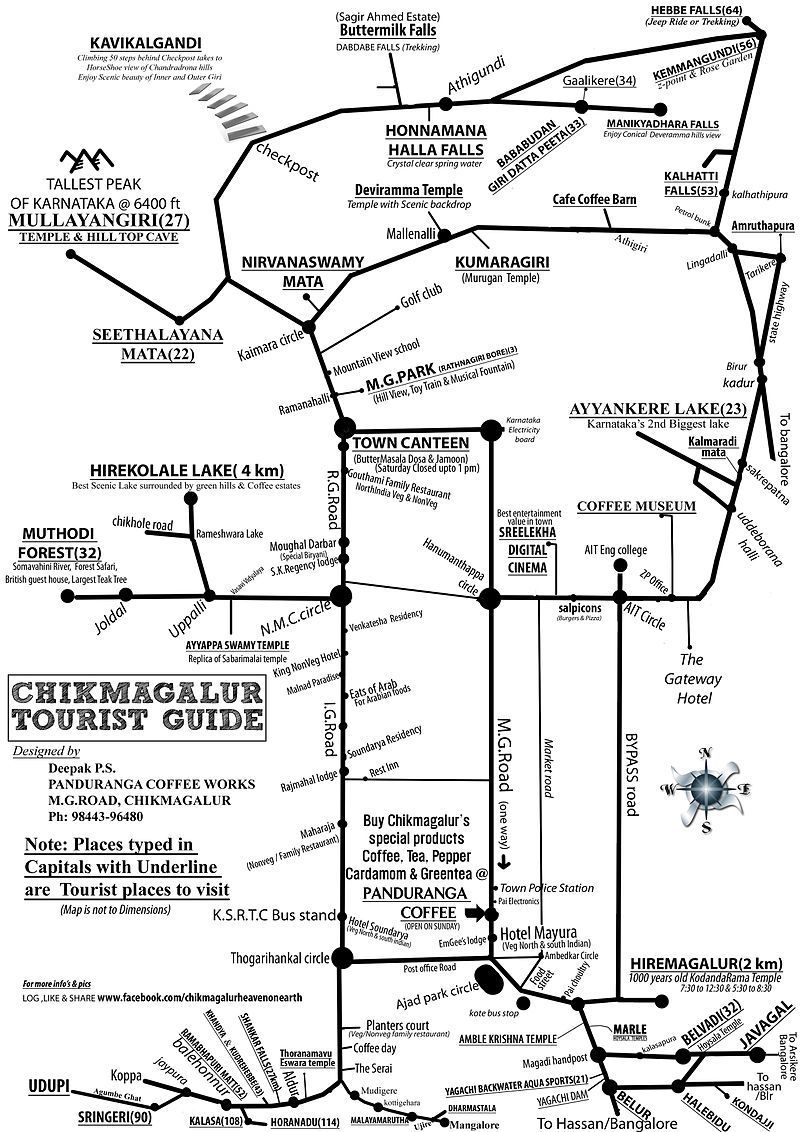 The road from Sakleshpur for Chikmagalur is off the National highway into the western ghats. As you leave the highway and enter into the state highway, the scenery around transforms, trees hugging the roads surround you, distant mountains drawing closer. After a while driving around the curvy roads through the forests, the hilly part starts. As you snake around the ghat sections, the trees are replaced by coffee plantations along the streets, dotting the horizon. By the time we were entering Chikmagalur, it was a little late for lunch, and we were famished. We stumbled upon a small cafe - " Cafe Agape." 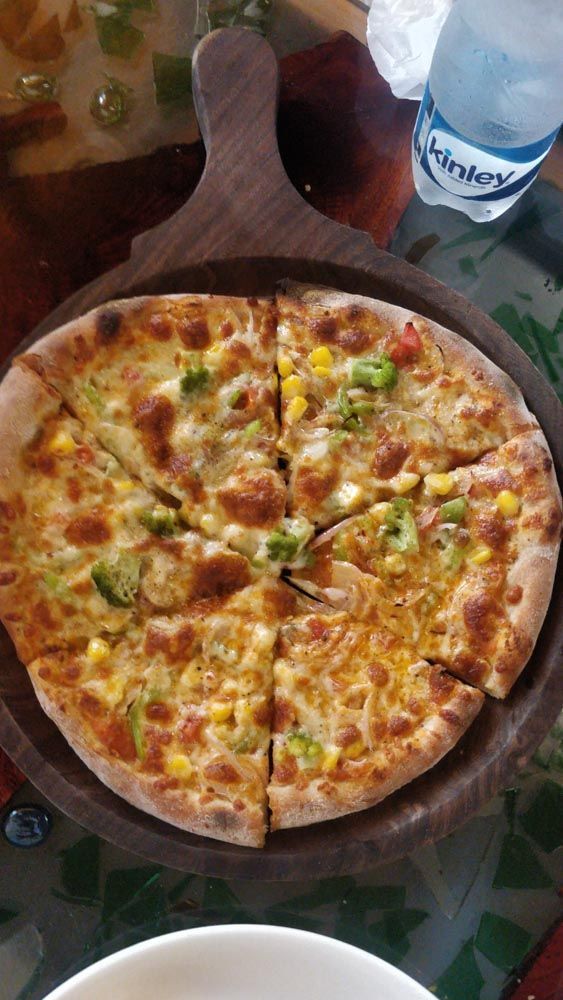 Refilling with some awesome pizzas and sandwiches

And honestly, for me, this cafe was one of the highlights for the trip! I was left spellbound by the food and hospitality here. Special mention to the sandwiches here, the best ones I have had in a while, even better than any found in Bangalore. It might be because of the freshness in the air, or the local ingredients, but I totally in love with it. And being a coffee lover, and also in the land of coffee, and these guys were serving great coffee, we ended up coming back to this place twice in a couple of hours. From here we were off the catch the sunset from the Mullayanagiri peak.

The road leading to the peak 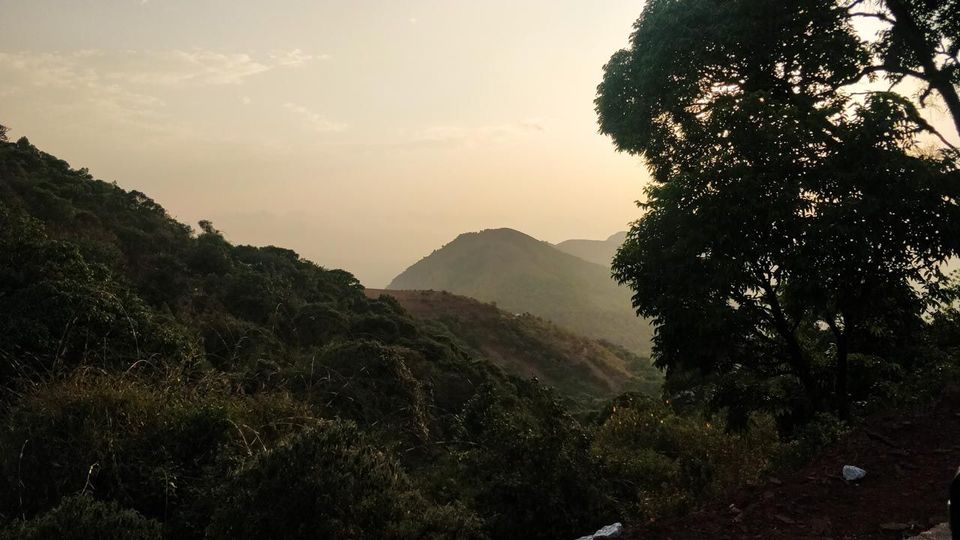 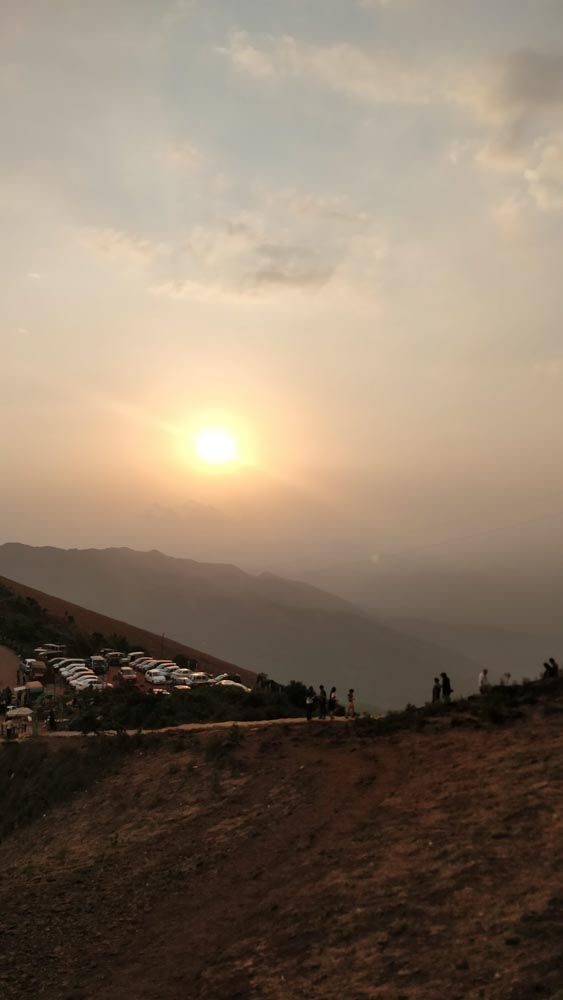 As the sun goes down 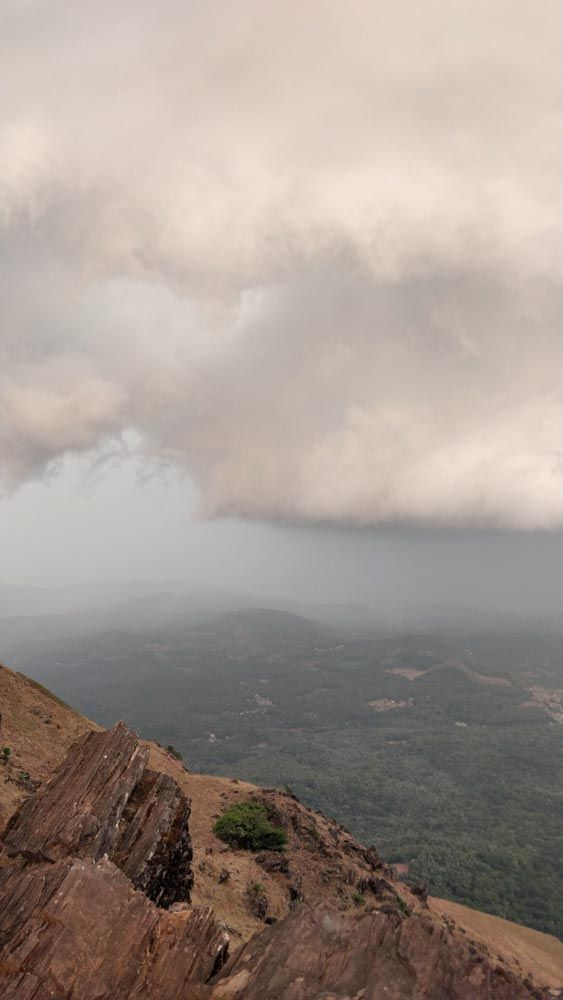 The clouds are approaching 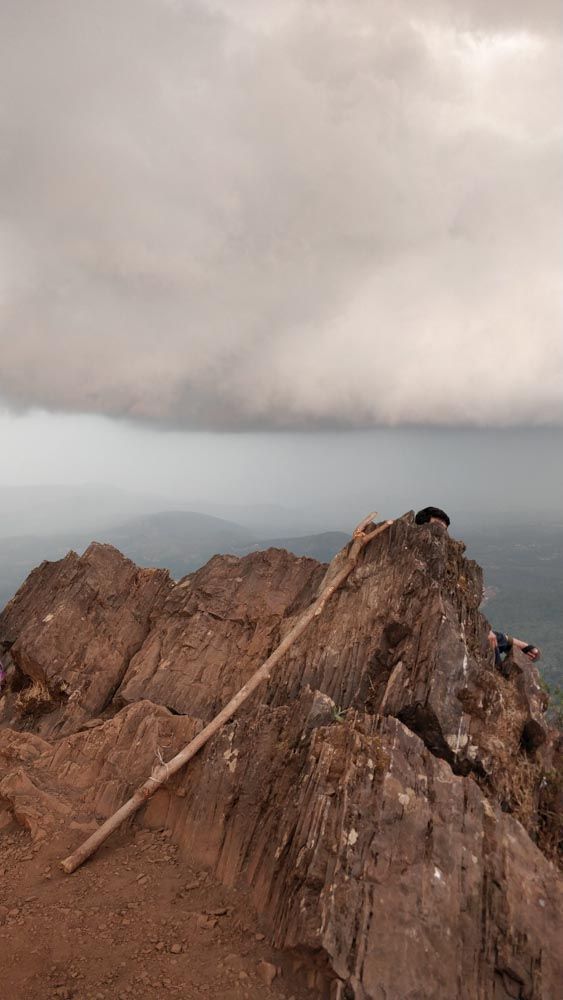 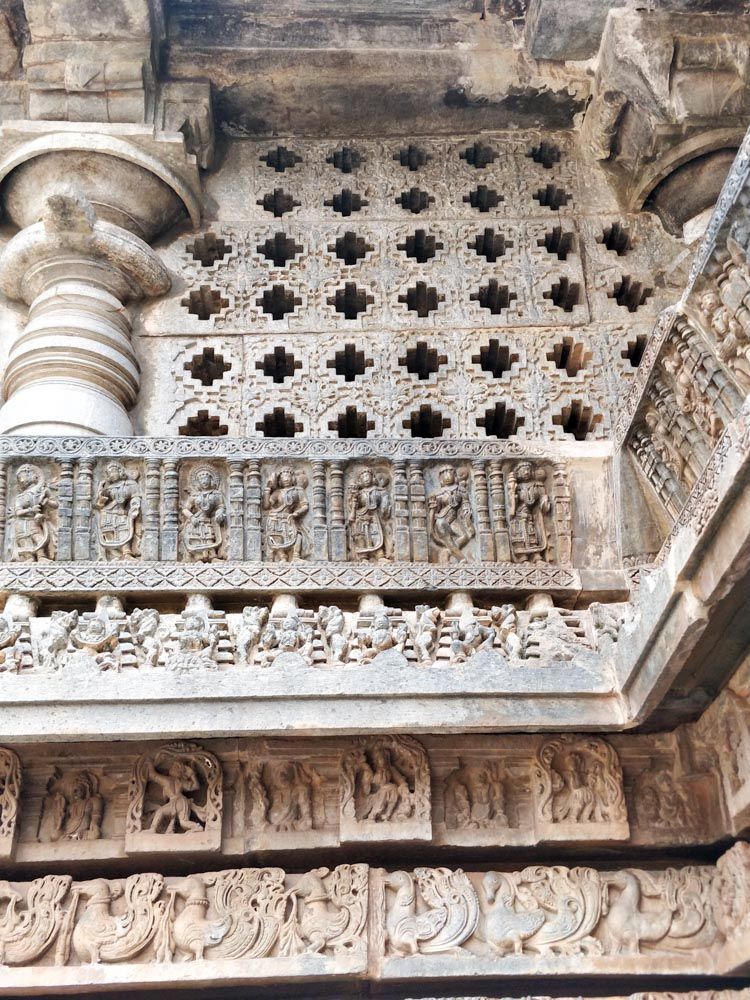 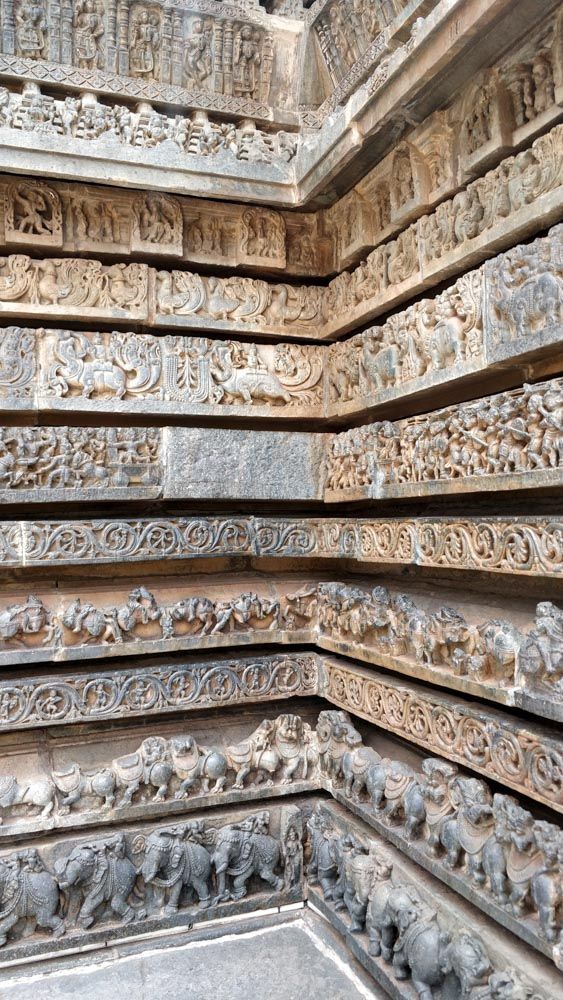 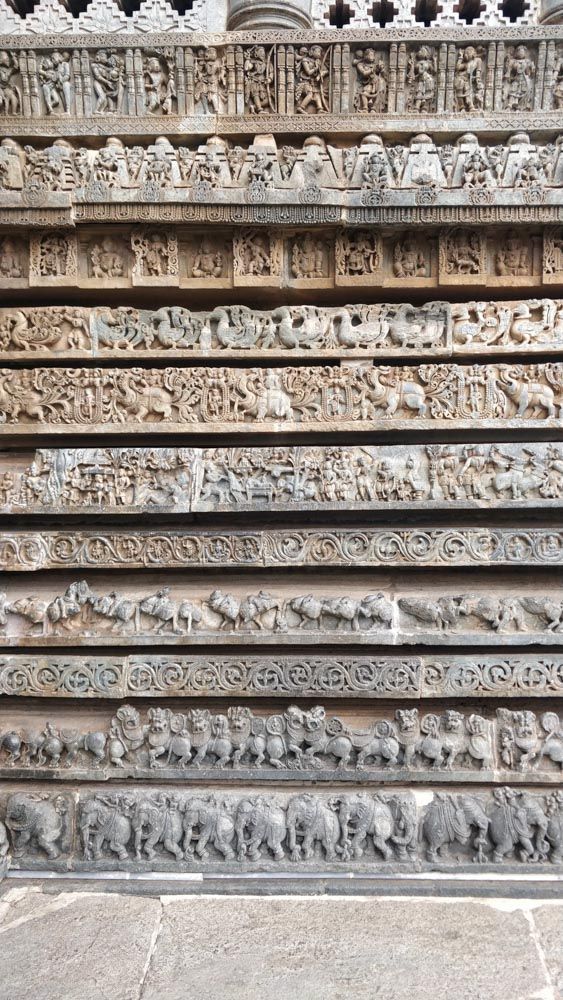 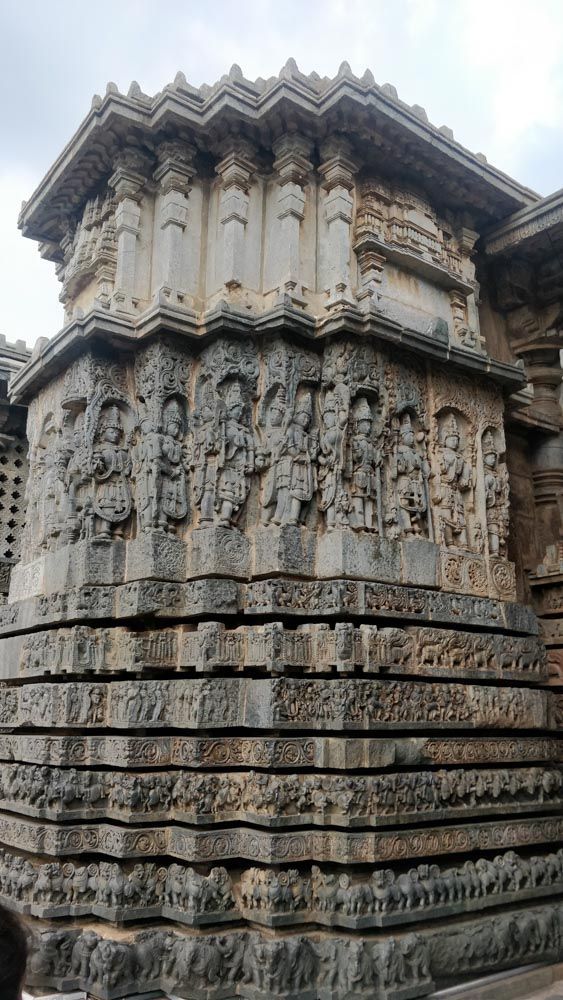 Travel Tips for Chikmagalur Book a homestay in advance, and take care of the location as Chikmagalur is pretty widespread and the place of stay will help you explore the area. Try visiting in the start or end of the monsoons, the western ghats is at it's best when it rains. The forests become alive, green, and the waterfalls alive with water. Do taste a cup of hot local coffee in the tiny huts. I assure you will never forget the taste of coffee that you can get in Chikmagalur. 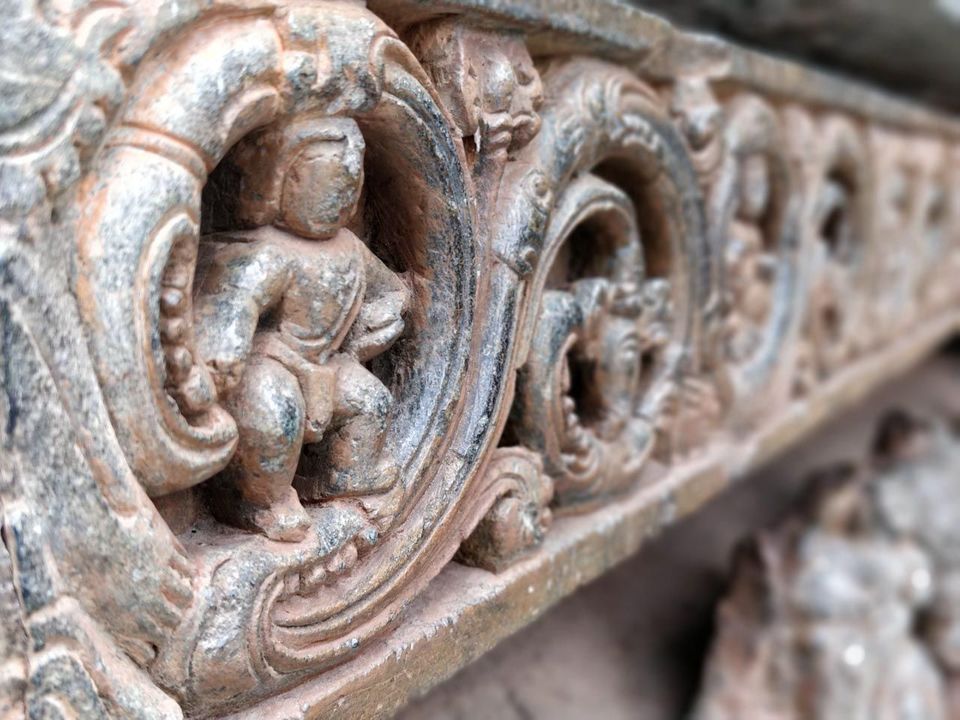 Mullayanagiri is the highest peak of Karnataka, at 1,930 m, and can be seen towering above from anywhere in the Chikmagalur town. The road leading to the hills has a checkpoint where they charge you a nominal entry fee. The way up the hills is pretty steep and in bad condition for the initial stretch, though they were repairing it. But the drive up is worth it, with breathtaking views of the western ghats. At some places, you are driving so close to the edge, that it may seem that one slip and you are gone. Last time I was here on my motorcycle, scared as shit that time, as the roads were almost non-existent and with no railings on the edges. The car can go right to the top, and after that, you need to climb 500 steps to reach the topmost viewpoint. We were just in time to catch to the sun setting down and rains approaching the top. It was a great experience to watch the clouds approaching the mountains across the plains below and thunders spread across the landscape.

After chilling out for a while and watching the sun go down, we headed down and drove back to the cafe again; I loved their coffee after all. It was already dark, and we still had to find our way to the homestay, which was just a bit outside the Chikmagalur city. The homestay we had booked was located inside a coffee plantation, one of the buildings converted to a room, with a balcony overseeing the estate. It was pitch dark by the time we were approaching the place, and we got lost for a while as the area didn't have any signboards on the road. The homestay was really calm, and we chilled out for the night.

The next day after exploring the estate and walking around, we headed back to Bangalore. I always liked visiting the Hoysaleswara Temple at Halebidu, about a 30 km drive from Chikmagalur, so I went back again.

Halebidu was the capital of the Hoysala dynasty from the 12th century. The temple is a great example of Hoysala style architecture. The temples are rich in sculptural details, and the outside facade of the temples is also equally fascinating.

Hoysaleswara Temple complex is a paragon of stone sculptures studded with a plethora of beautiful carvings. The temple is dedicated to Lord Shiva and is considered to be one of the largest temples for Shiva in South India. The array of intricate sculptures depicts Hindu gods, the scenes from Ramayana and Mahabharata, animals engaged in a war, decorative floral patterns, and much more. To fuel further astonishment, no two sculptures within the entire complex are the same.

We drove for over 5 hours, with a stop to grab some lunch in one of the dhabas near Hassan and reached Bangalore safely. It started to rain heavily after Hassan, making the drive so much pleasant. While it was a short weekend getaway, it refreshed me completely to be able to enjoy the scenery and take in some fresh air.