Hampi Trip For The Weekend - A UNESCO world heritage site. 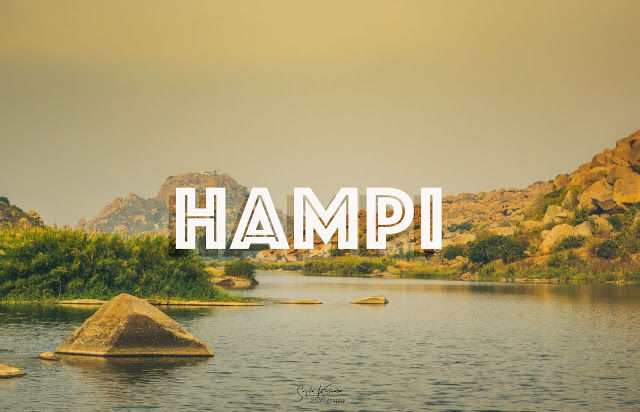 Hampi, a UNESCO world heritage site situated along the riverside of Tungabhadra in the Karnataka state of India. It is around 440 Km from Silicon city, Bangalore. Here's everything about my Hampi trip.

Earlier from 1336 to 1565, Hampi used to be the capital of the Vijayanagar empire and was called ' Pampa'.Over the years, it was also known as Vijayanagar and Virupaksha. Apart from its rich cultural heritage, Hampi was also famous for the jewelry market which included Gold and Diamonds being sold in KGs in Hampi Bazar during the reign of emperor Krishnadevaraya. But after the invasion from Muslim sultanates, many of the monuments were destroyed. Remains of which can be still seen in Hampi.

The Indian government along with UNESCO has done an excellent job in restoring some of the historic monuments in Hampi.

How to reach Hampi from Bangalore?

The nearest airports to Hampi is in Hubli, which is nearly 143 km away. Tourists can easily fly to this airport and further take a cab/bus to the final destination.

Connectivity To and from Bangalore -

There are direct Karnataka State Road Transport(KSRTC) buses to and from Hospete. One has to board the bus from Bangalore's majestic city bus depo from Terminal 2, platform no. 15/16/17 while going for a Hampi trip.

Daily buses are also available to Hampi from Mysore and Gokarna.

Also, there are various private bus service to and from Hampi.

One can book a private cab or rent a car from Bangalore or Bellary to reach Hampi.

Where to stay on your Hampi trip?

Depending upon your needs you may select hotels all throughout Hampi and Hospet. Hotels are easily available in all seasons thus you can also opt for on arrival bookings.

The hotel I stayed in during my trip to Hampi was:

Royal Bath for Vijayanagara Queens is a large square structure with a simple exterior and ornated interior. The bath area is 15 square meters and 1.8 meters deep. 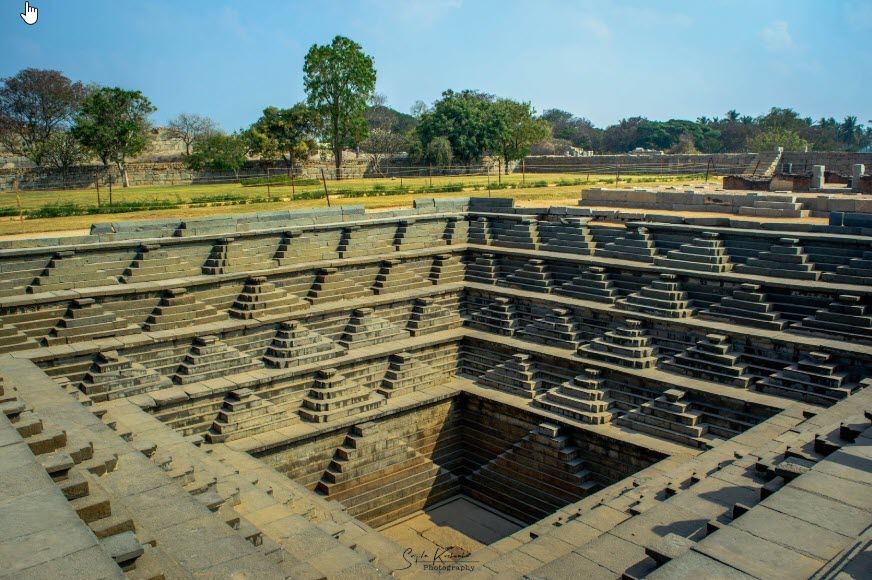 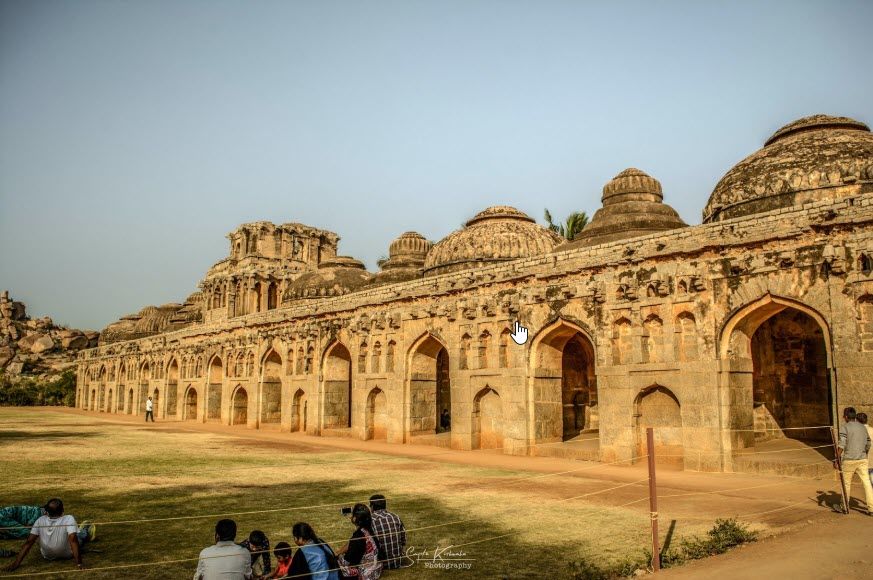 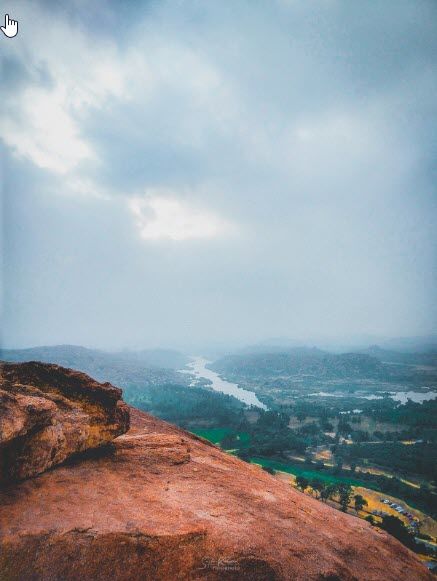 Sassivekalu Ganesha is approx. 2.5 meter tall Ganesha Idol. The key feature of this idol is a snake tied around the stomach of Lord Ganesha. The Idol depicts Lord's fondness towards food and the story behind this Idol is, once Lord Ganesh had too much food, because of which his stomach started swelling. Then he tied a snake around his stomach in order to stop his stomach from bursting open.

Kadalekalu Ganesha is one of the biggest Lord Ganesha's idols in whole south India. The statue was a gift to the king from a gram merchant, hence the belly portion of the Idol is in the shape of Bengal gram also known as Kadalekalu in the local language. 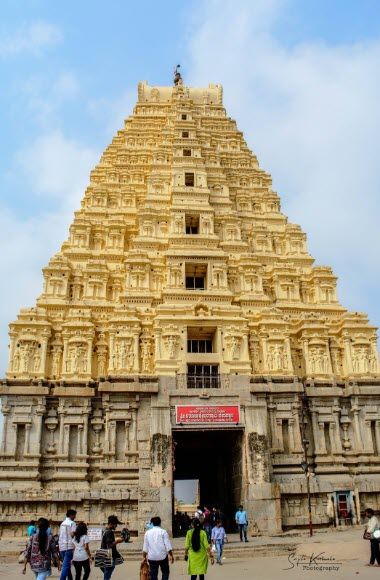 Top places to visit in Hampi:

Places I visited in my 2 Days weekend trip to Hampi are:

Vijayanagara Empire now known as Hampi is set along the shore of Holy Tungabhadra river, creating a mythological landscape combining sacred Hindu traditions all along its shore.

This is a must visit temple in Hampi, as it has the highest workmanship representing Vijayanagar architecture. It is enclosed with 3 gopurams in North, South and east side.

History states that the core temple was in existence since 1422AD. Emperor Krishnadevaraya in 1509-1529AD made substantial additions to it.

The royal enclosure that was once home to the Vijayanagara Kings and Queens now mostly lies as ruins. But the ruins its self speaks loud about the life it once contained. The enclosure contained 45 buildings that included temples, underground chambers for kings and ministers, durbar halls, stages etc. Mahanavami Dibba is the tallest structure in royal enclosure, hence you will spot it easily. It is a 3 tier platform, ornated with sculpted designs representing the daily lifestyle of that time. The stage was used for the royal celebration of Mahanavami hence the name Mahanavami Dibba. Among, the several ruins in royal enclosure, pushkarni the ancient water tank is also a famous spot to visit. Usually, this type of water tank is found near the Hindu temples and was used for holy rituals and cleansing before prayers. The steps carved at the sides of this tank provided easy access to the water. The tank was fed by the water coming directly from Tungabhadra river through water canals. These canals can still be seen in the royal enclosure.

Lotus Mahal, also known as Chtragani Mahal is an excellent example of Indo-Islamic style architecture in Hampi. The balcony and the domes of the palace are designed to look like an open lotus. The palace has 2 stories, well structured in symmetry.

As the name states, this structure was used to provide shelters to the Royal elephants. It is one of the few structures that survived the Mughal attack back in 1565 AD.

This place is considered to be the birthplace of Shri Hanuman, the Hindu God of Strength. In order to reach this temple, one had to climb a huge fleet of 575 stairs. The place is crowded during sunrise and sunset and it is one of the must visit place in Hampi for the photography enthusiast. From the top of the hill, one gets to see the view of whole Hampi city including the holy Tungabhadra river. Click to Read more about Anjanadri Hill

As most of the old temples are now turned into ruins and none of them are having God Idols, Virupaksha Temple or Pampapati Temple is one of the few temples of Hampi where God Idols are present and people are worshiping in this temple since 15th Century. The entire temple complex is spread in the form of a long rectangular enclosure.

This is the largest monolithic statue in Hampi, depicting Lord Narasimha in angry form. Narasimha is one of the 10 incarnations of the Hindu God Vishnu, the protector of the universe, in the form of half-man and half-lion. It is a 6.7 meters high statute of the Lord sitting crossed legged on a coil of a huge seven-headed snake Adishesha. According to history, the statue was vandalized and broken into pieces at the time of the Mughal attack. Latter British government gathered the parts and restored the statute to its near to original form. Some of the broken parts of the statute are kept in the Kamalapura Museum in Hampi.

Badavi Linga Shiva is second largest Shiva linga in India and largest monolithic Shiva linga in Hampi. This Shiva Linga is located right next to Ugra Narashima Statue and has a height of 3 meters. This beautiful Linga made of black stone is believed to be existing since the period of Vijayanagara Empire.

Best time to visit this Dam is in monsoon season when the reservoir is full and water is released from the dam. At night time the Dam glows up because of multicolored lighting on every watergate. But if you are visiting Hospet in the non-monsoon season then no worries because then you can enjoy the beautiful view of the sunset while sitting on a fishing boat.

All photos, used in this articles are clicked by Srijita Kushwaha (the author) . Do not use these photos without proper permissions.