Journey to the Forgotten Empire - Hampi 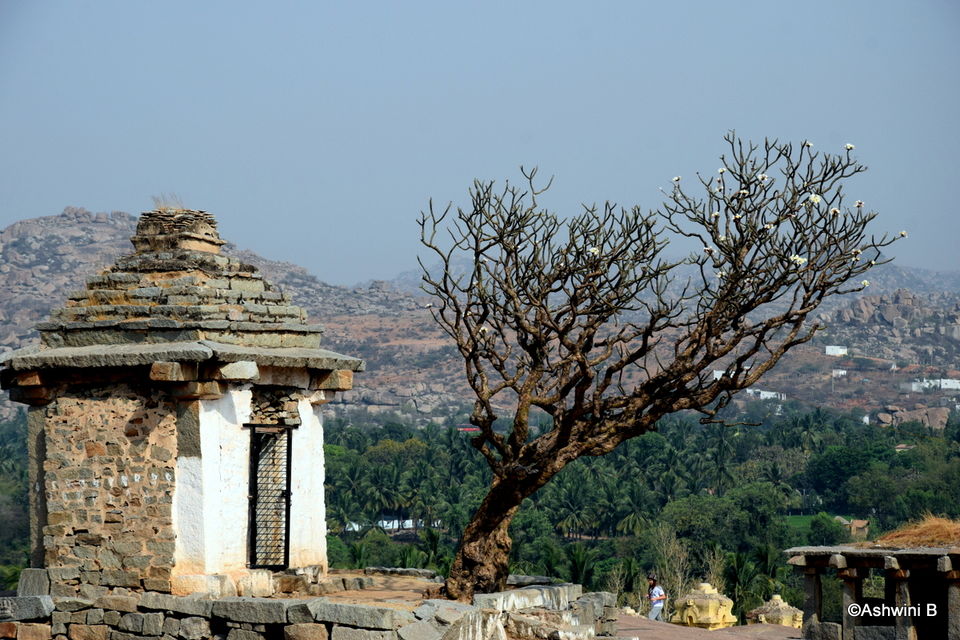 Robert Sewell was a british historian who spent a large part of his life studying the Vijayanagara empire. In his book, he writes

"There were no "mountains" properly so called at Vijayanagar; only a confused and tumbled mass of rocky hills, some rising to considerable altitude. The extent of its lines of defenses was extraordinary. Lofty and massive stone walls everywhere crossed the valleys, and led up to and mounted over the hillsides. The outer lines stretched unbroken across the level country for several miles. The hollows and valleys between the boulder-covered heights were filled with habitations, poor and squalid doubtless, in most instances, but interspersed with the stone-built dwellings of the nobles, merchants, and upper classes of the vast community; except where the elaborately constructed water-channels of the Rayas enabled the land to be irrigated; and in these parts rich gardens and woods, and luxurious crops of rice and sugar-cane, abounded. Here and there were wonderfully carved temples and fanes to Hindu deities, with Brahmanical colleges and schools attached to the more important amongst their number."

Even today, one can catch a fleeting glimpse of the grandeur while walking down the streets of the crown jewel of vijayanagara empire.

The tall gopura of Virupaksha temple,which was supposed to mirror the stature of King Krishnadevaraya. 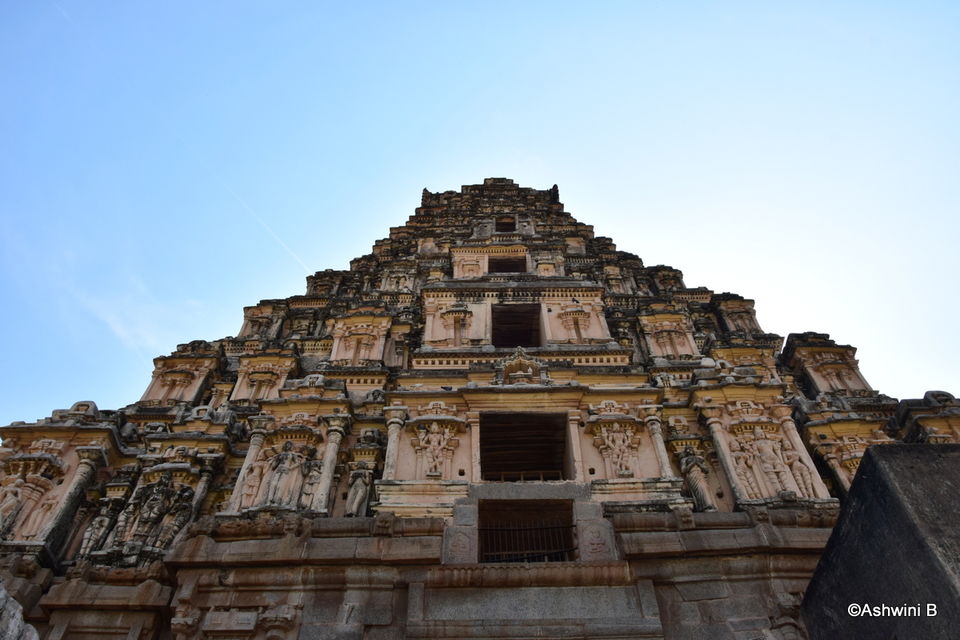 The ruins of bazaars outside the temple, where you can easily imagine merchants bartering spices, jewels and all kinds of riches that usually surround a vibrant and thriving city. 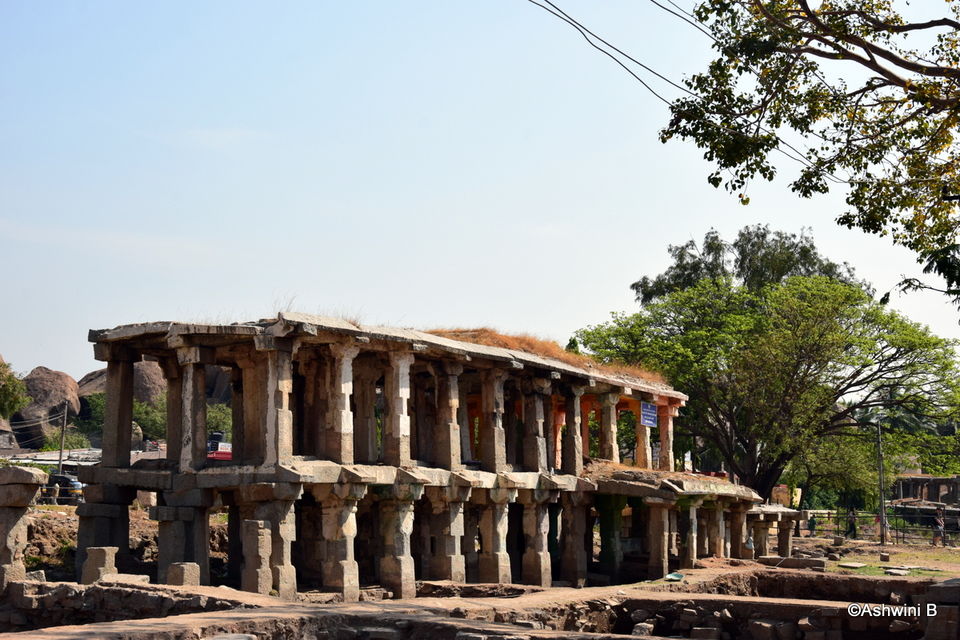 Maidens dancing around the slender pillars of Vitthala temple while musicians use the same pillars to create a melodious music that encompasses and enthralls the king and his court. 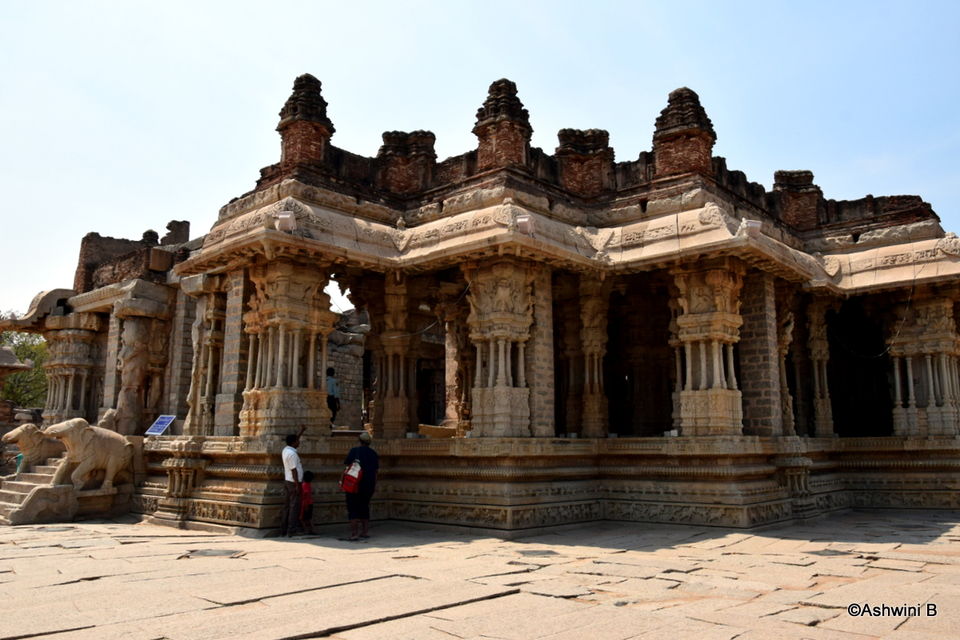 The queen and her harem enjoying the cool surroundings of lotus mahal and beating the noon heat. Built in bamboo conduits were used to channel water through the walls to cool down the structure. 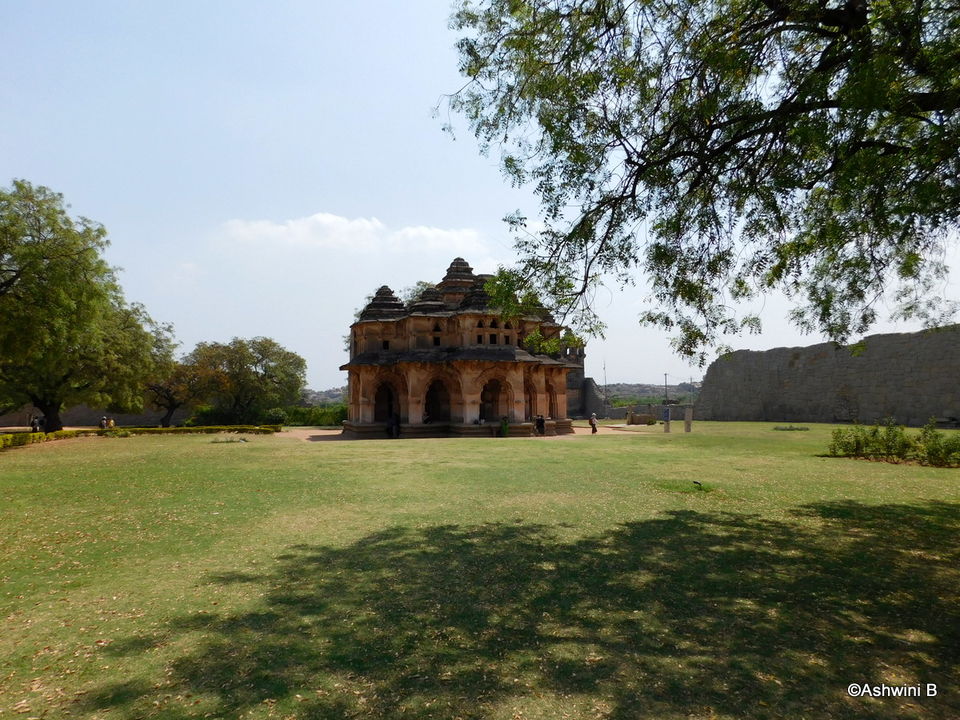 Imagine the royal elephants with their bejeweled canopies walking through the streets towards the temple. Majestic beasts that helped the kings of vijaynagara take control of many a battle field. 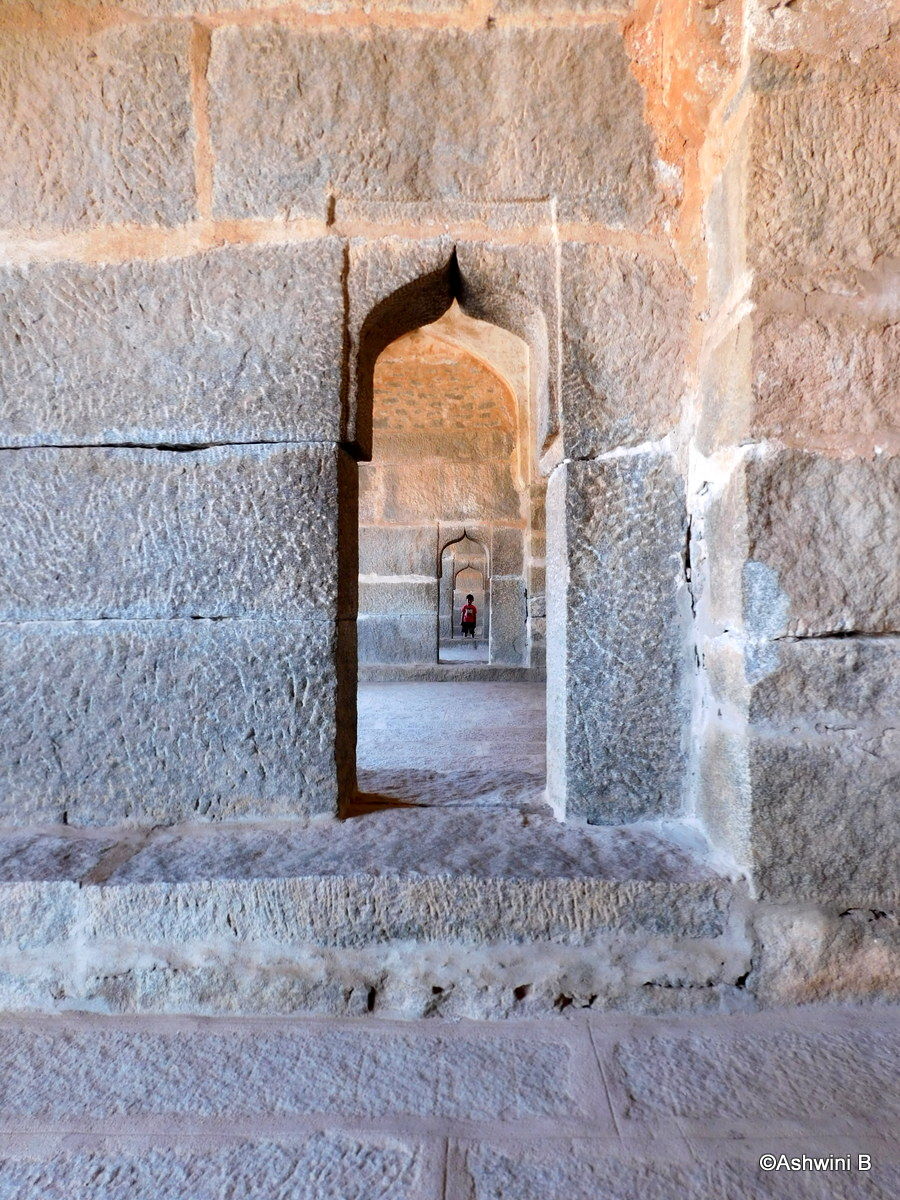 Sewell goes on to write:

"The remains of palaces, temples, walls, and gateways are still to be seen, and these abound not only on the site of Vijayanagar proper, but also on the north side of the swiftly rushing river, where stood the stately citadel of Anegundi, the mother of the empire-city. The population of this double city was immense, and the area occupied by it very extensive. From the last fortification to the south, beyond the present town of Hospett, to the extreme point of the defences of Anegundi on the north, the distance is about twelve miles. From the extreme western line of walls in the plain to the last of the eastern works amongst the hills lying in the direction of Daroji and Kampli the interval measures about ten miles. Within this area we find the remains of the structures of which I have spoken. The hovels have disappeared, and the debris lies many feet thick over the old ground-level. But the channels are still in working order, and wherever they exist will be found rich crops, tall and stately trees, and a tangle of luxuriant vegetation. On the rocks above are the ruins of buildings and temples and walls, and in many places small shrines stand out, built on the jutting edges of great boulders or on the pinnacles of lofty crags, in places that would seem inaccessible to anything but monkeys and birds."

The engineers of vijayanagara did a great job to ensure that its vast capital has enough water to thrive and grow. Today, we can still see small remnants of it when we see the broken channels around green fields and ruins of aqueducts.

Hampi is more than just a tourist spot. Its a broken piece of history that talks to me about greatness and grandeur. Its an illusion that breaks the monotony of mediocrity. Its a fading beacon of light that represents what we could have achieved from a socio economic viewpoint. 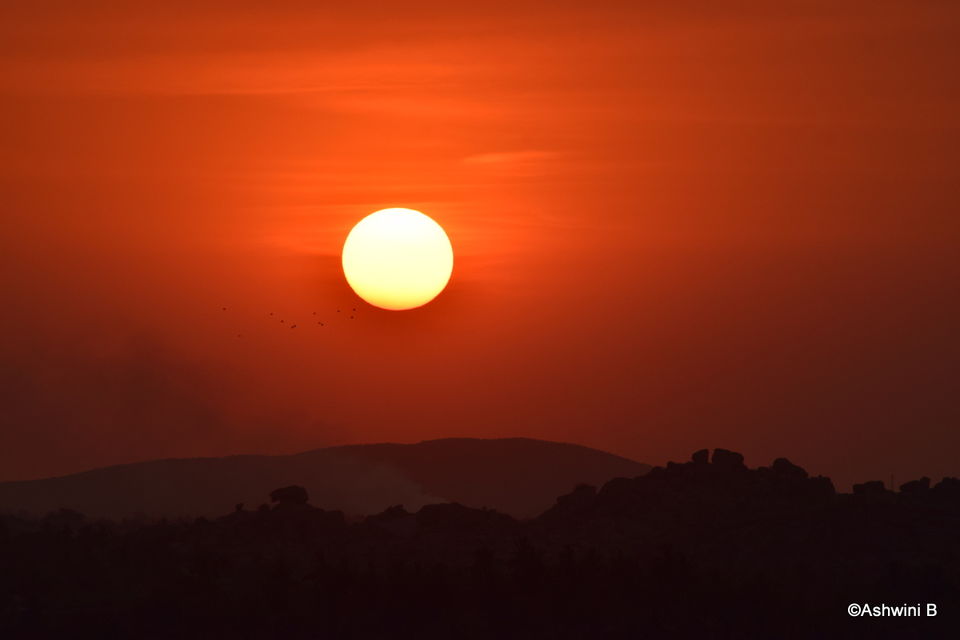 If not for the greed and malice of a humans, the world today would be so much more richer! 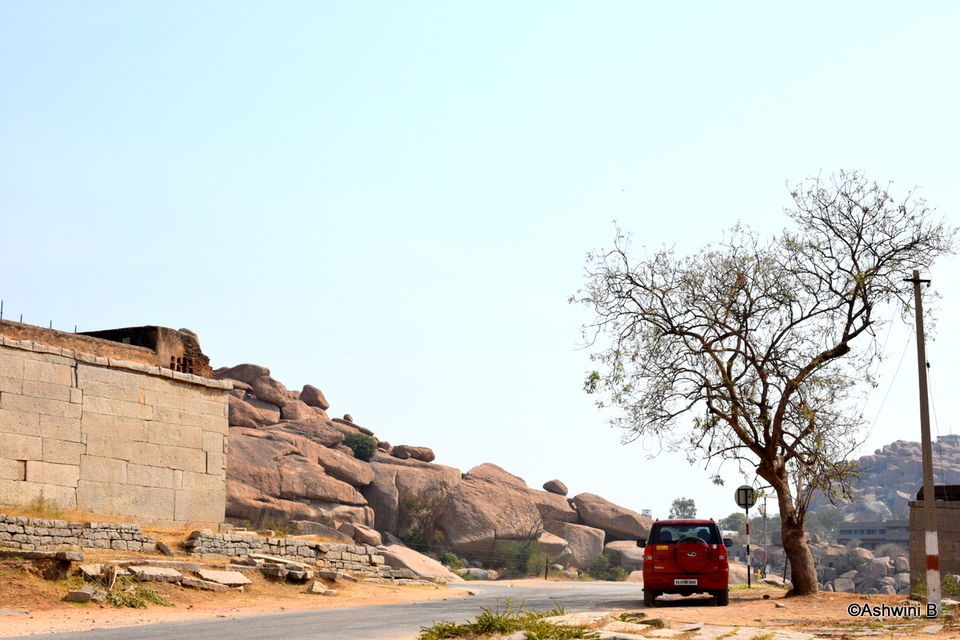