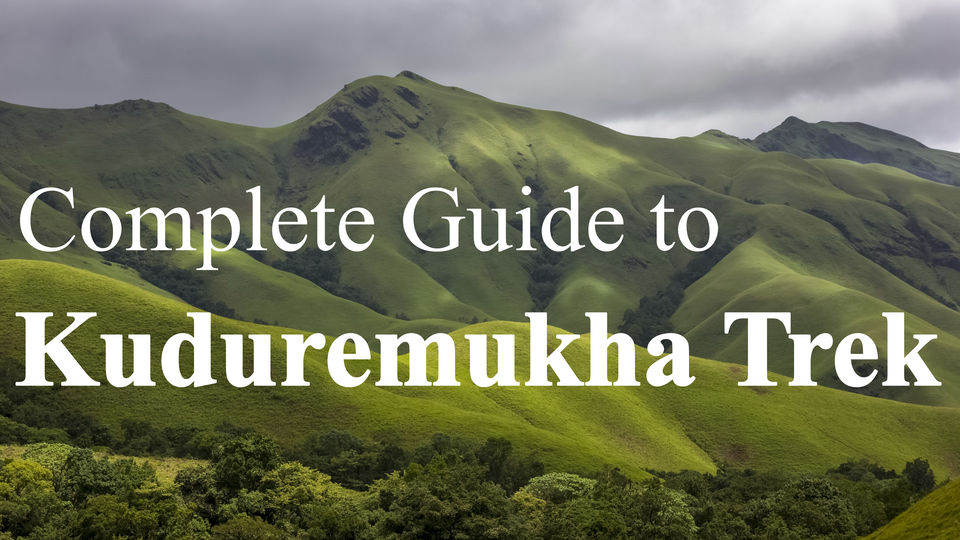 In the rainy season of 2017, Independence day was ideally placed for a long weekend. If you are in the southern India then one must venture into the numerous treks in the Western ghats during rainy or winter season. The western ghats receive a good amount of rainfall but we southerners are oblivious to the monsoon flooding witnessed in the north. So, moderate to heavy rainfall is of no hindrance to a good trek with your friends.

So, a good 4 day weekend was approaching and what better way to spend than with your close buddies from school days. A customary watsapp group was created, few options thrown around and quickly we decided on Kuduremukha. The plan was to head to the destination in my good old Santro. A road trip, a trek and lots of catching up to do was on the cards.

We had agreed that this will be a no 'planned to the last detail trip'. All we knew was where kuduremukha was, the home stay's phone number and nothing else.

We started from Bangalore at around 11 in the morning on Saturday. Surprisingly there was not much traffic (later we found out that early in the morning was really crowded :p) and we soon exited the Tumkur highway and were on the Hassan route. Chikkamagalore is only 250 kms from Bangalore so a 4-5 hrs of lazy driving will get you there. Once you exit Belur you can witness a lot of greenery with very minimum traffic, only the occasional Enfield gang can be spotted. Be advised, these are single lane roads with no dividers. So drive carefully are responsibly. 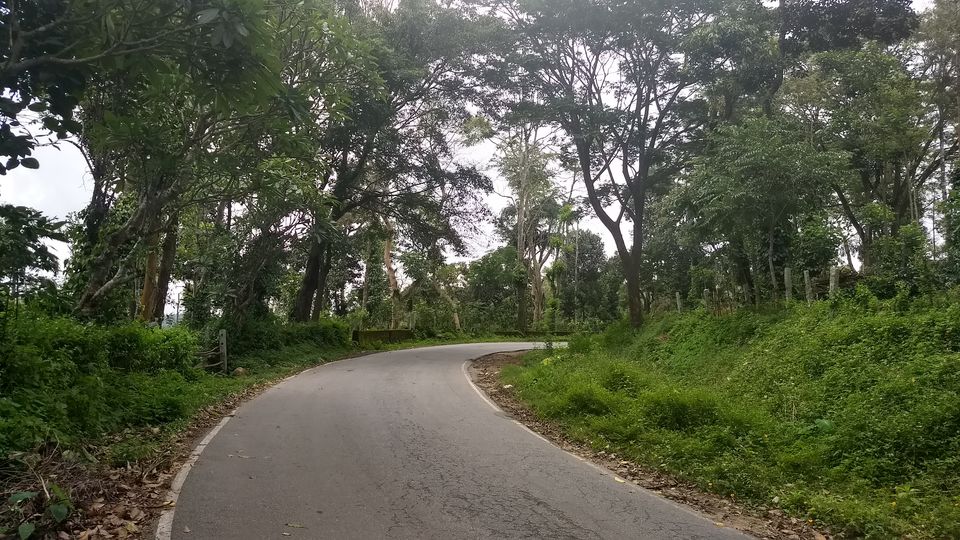 The first checkpoint is Kalasa, which can be found on google maps. This is a good time to contact Raje gowda - 9481179008

The jeep ride to Mullodi is quite a experience, with small waterfalls, streams to cross by. 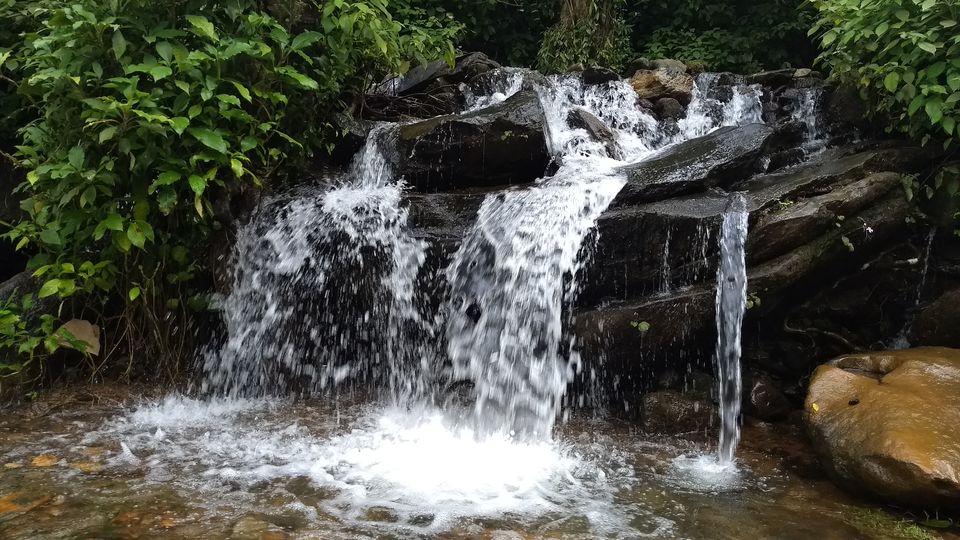 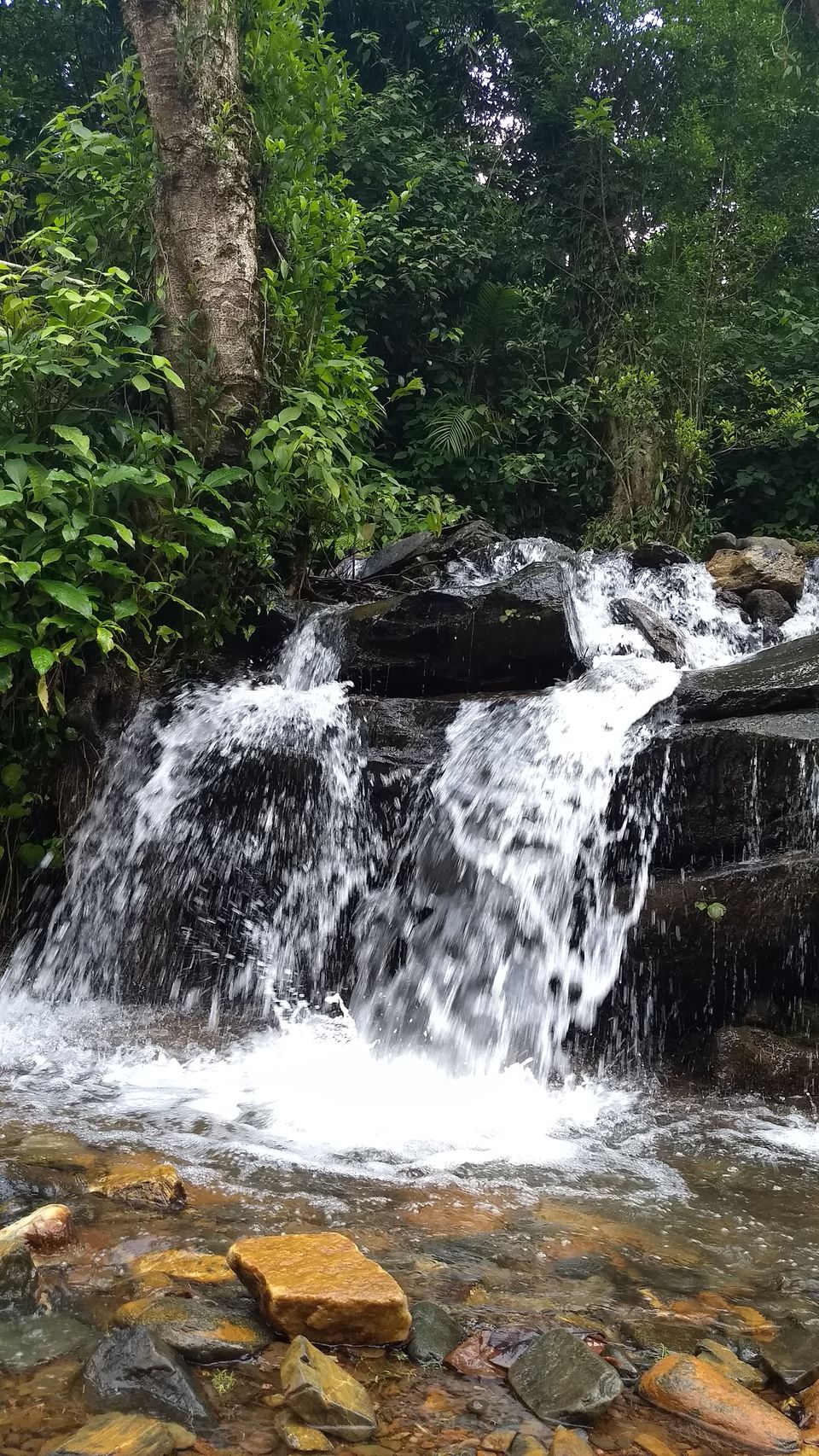 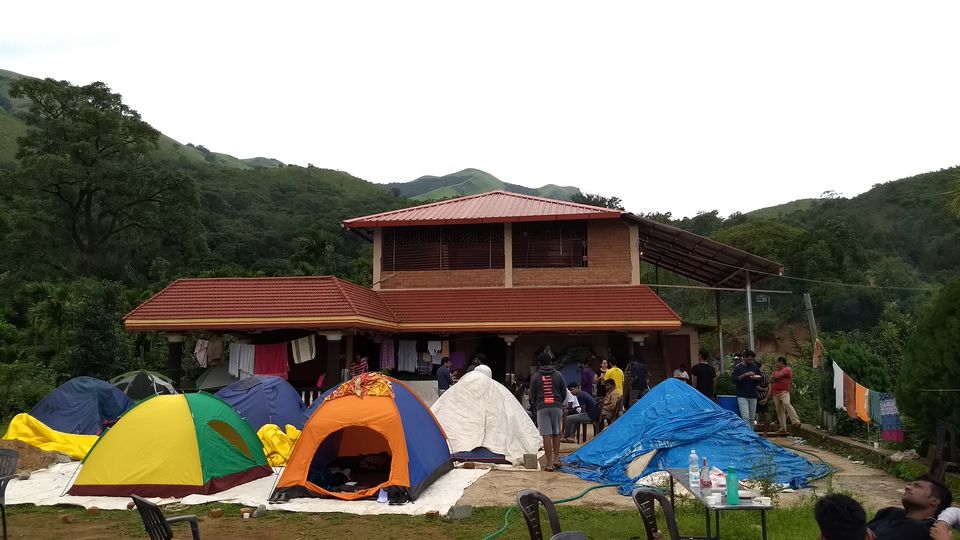 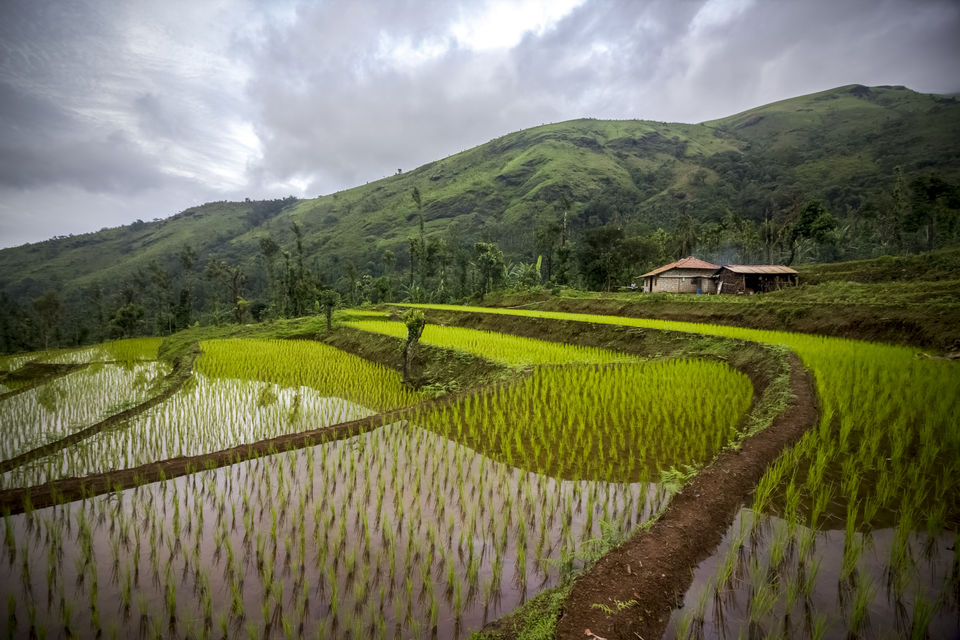 Info about the trek:

Be prepared to get your feet wet. 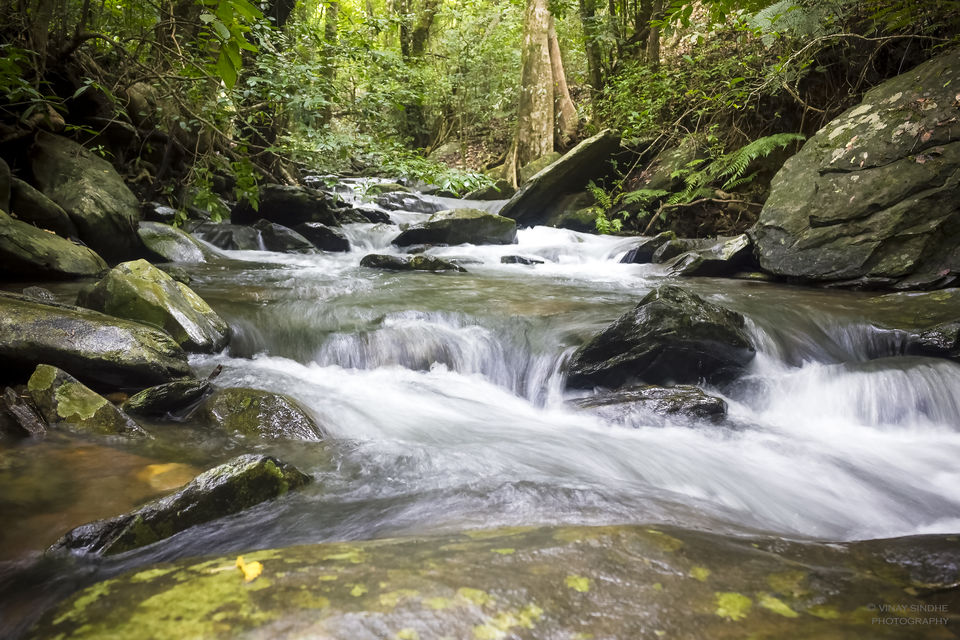 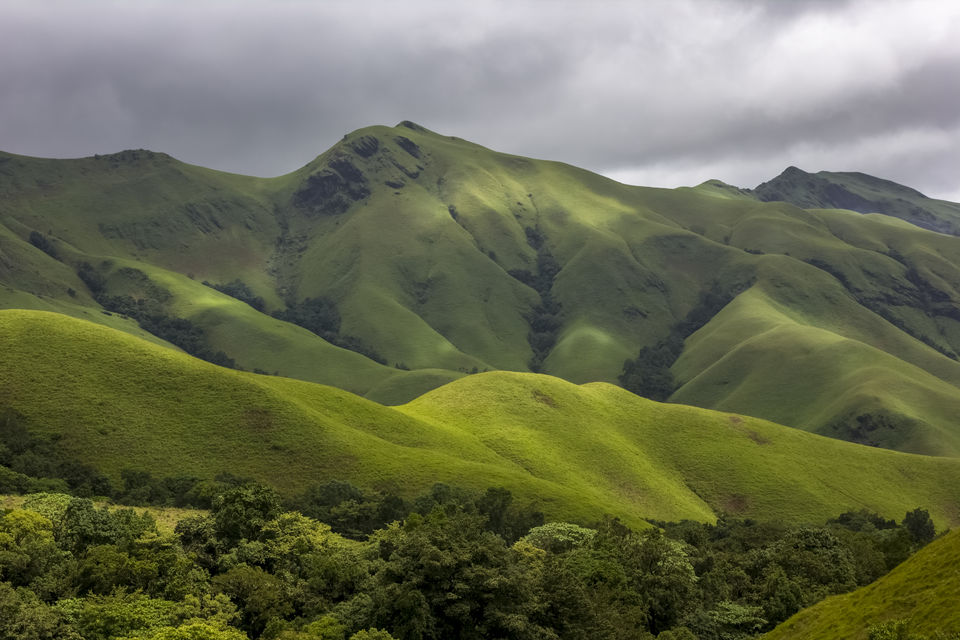 No better place to be with friends 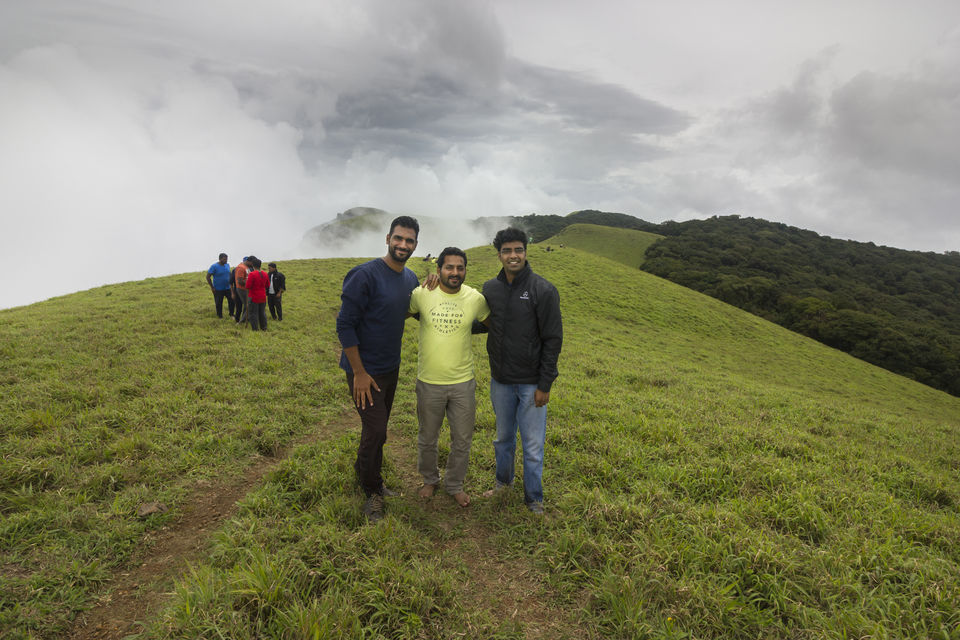 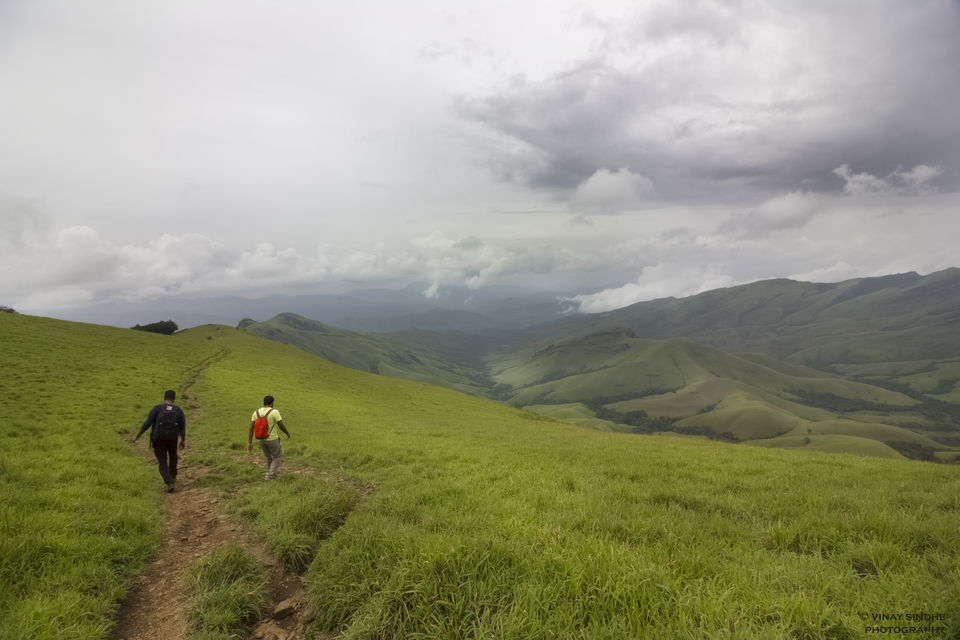 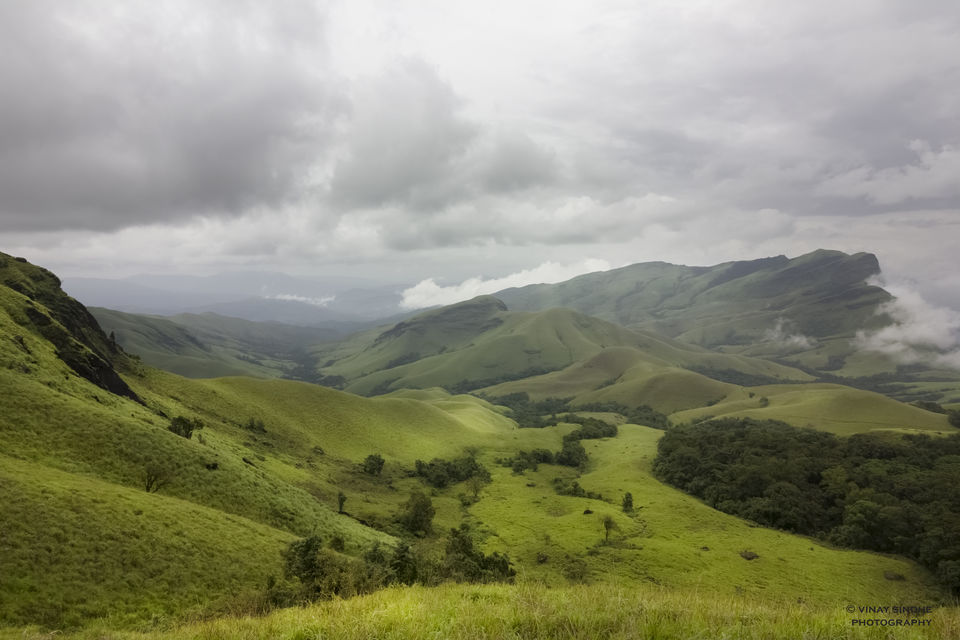 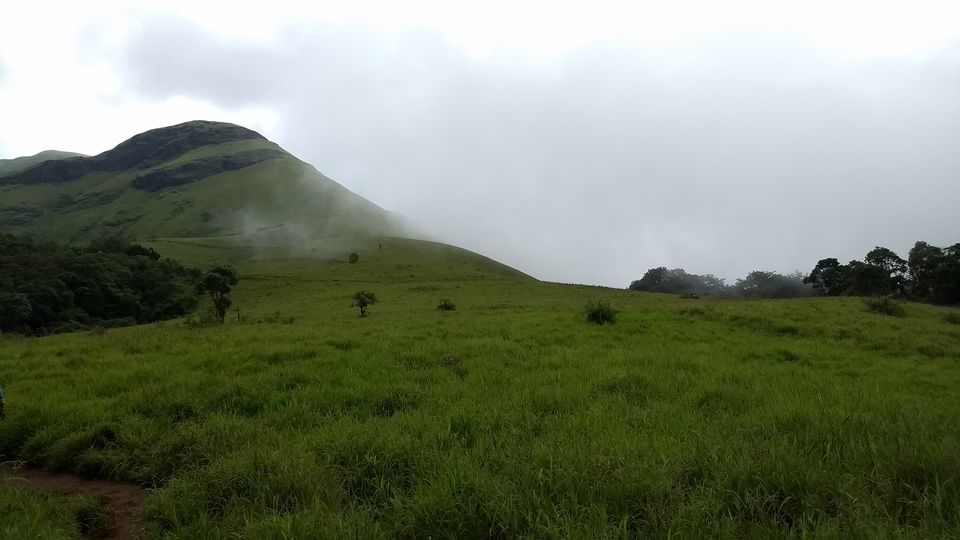 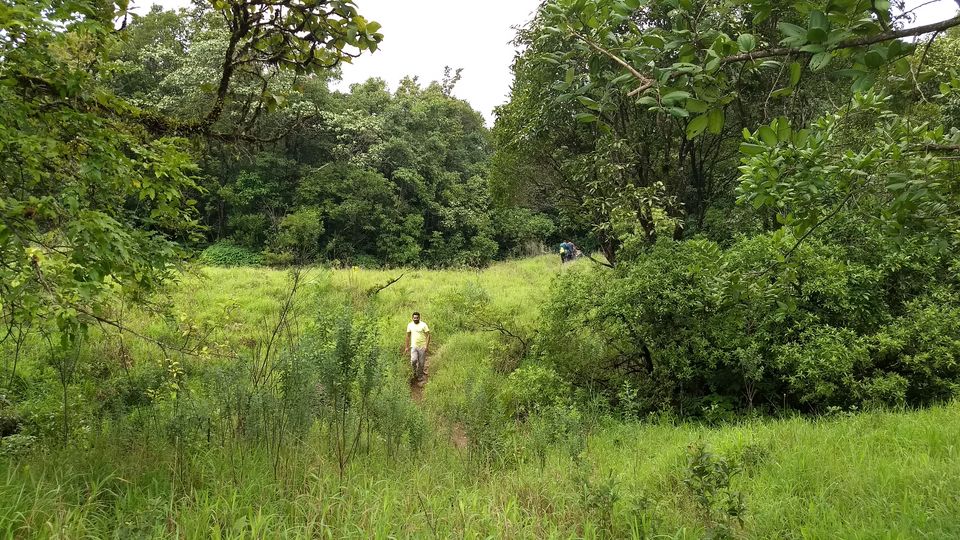 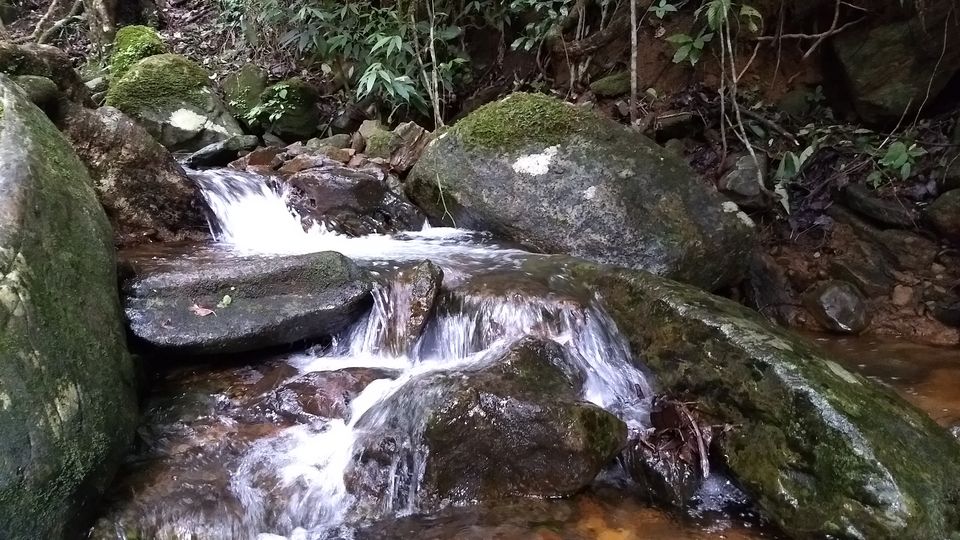 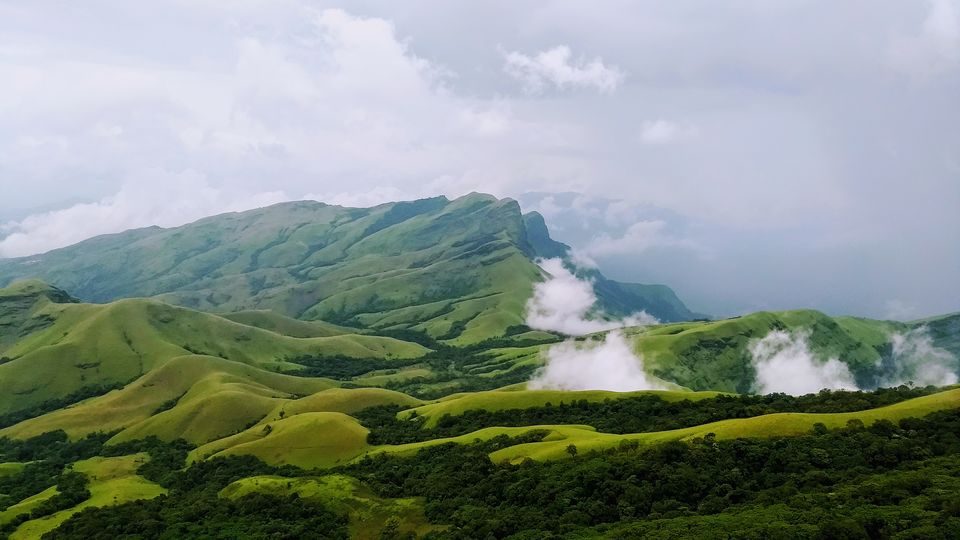 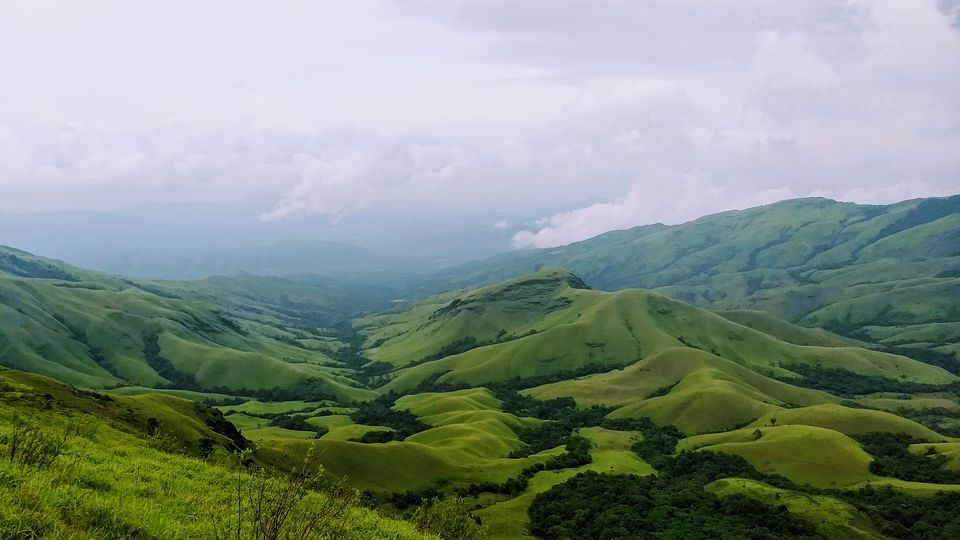 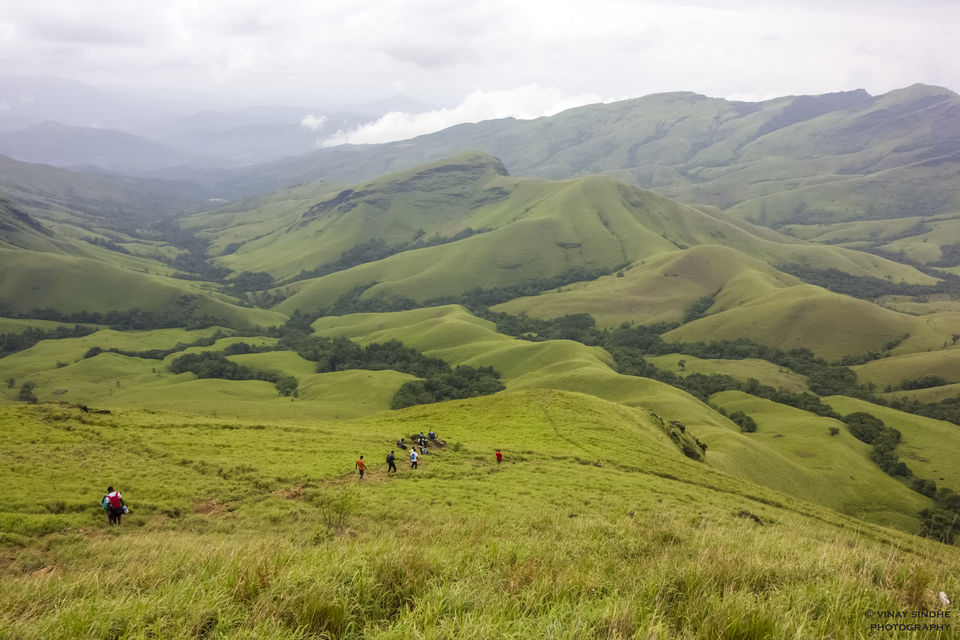 How to reach kuduremukha base camp (route, contact info) is as follows:

We reached Mullodi around 5 in the evening and Raje Gowda greeted us with a warm smile, enquired about our journey, and made arrangements for the evening snack. Home stay owners such as Raje Gowda are really helpful who would welcome anyone, but please make prior booking during peak season. You have the option of carrying your own tent and sleeping next to the house or in the rooms provided. Don't expect a cozy place with all the amenities. A clean floor and roof with sometimes shared bathrooms is all you can expect. One thing you wont be dissapointed with is the food. You will be provided delicious chicken and veg food.

From Kalasa reach Balegal with the help of locals. The trek starting point is Mullodi (Rajegowda's home stay location). Due to the difficult terrain one cannot reach Mullodi, which is 6 kms from Balegal, on 4x2 vehicles. Raje gowda will arrange for the 4x4 Jeep from Balegal to Mullodi. The cost of Jeep will cost around 1000 Rs, so sharing is good for individual travelers. Safe parking is available at Balegal.

After a quick snack and leaving behind one of my tired friend we headed out to have a look around, and it was a gorgeous view indeed.

The starting point (right next to home stay) is manned by forest department and only groups with guides (arranged by Raje gowda) are permitted with a entry fee of around 400 Rs per person. The first batch starts at 8 am and breakfast is served along with packed lunch to be had at the peak. This is straight forward trek with no complex routes. Make sure you reach the peak around 12 pm so that you will get back around 5 pm.

With a full tummy and bit of star gazing we hit the sack. Tomorrow was Trek day.

We got back around 5 pm and settled in for the evening. Another round of chicken with old stories wrapped up the night. One can head back on the same day or stay in for the night. We spent the night and the next morning we were back on the road.