Temples of the Kalyani Chalukyas

The Chalukyas of Kalyan furthered the temple building traditions in South India that had grown vigorously under the patronage of the Pallavas, Badami Chalukyas, Cholas, Gangas and Rashtrakutas. The masterpieces constructed during the reign of the Chalukyas are spread over several districts of Karnataka. Apart from being thoughtful expressions of art, these temples can be found in far flung villages offering a glimpse of the charming countryside.

Some of these temples are located around Haveri (in Karnataka) in laid-back villages and towns that were once centers of learning and power and now have been forced by the ruthless march of time to lead a banal existence.

Located on the west bank of Tungabhadra, the Mukteshwara Temple in Chaudayyadanapura – a village in Ranebennur Taluk of Karnataka- is a fine example of the Kalyani Chalukyas style of architecture. The temple compound comprises of a single cella main shrine, a couple of smaller structures and a keerthisthamba (victory pillar). Several inscriptions have been found at the temple that throw light on the birth and spread of Veerashaivism and details of many kingdoms of Karnataka and central India. The temple is home to exquisite carvings and sculptures that adorn the outer walls, ceilings and shikhara. The calm that pervades here in the wee hours of the morning is intoxicating; the faint light of the sun illuminating the temple coupled with the gentle song of the river is therapeutic to the wandering soul. 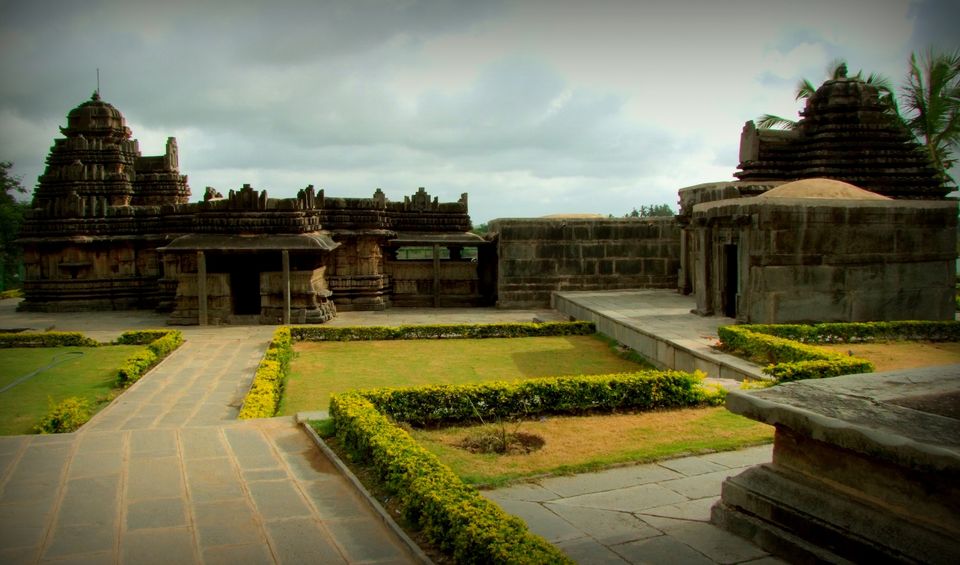 North of Chaudayyadanapura is the crossroads town of Guttal whose appearance today doesn’t impart justice to its glorious past when it was an important seat of power and ruled by the Guttas, a feudatory of the Chalukyas. Traveling further north one comes across the isolated village of Galaganatha perched on the banks of the Tungabhadra, close to its confluence with the river Varada. The Galageshwara Temple in Galaganatha is one of the tallest temples in the region and dates back to the 10th century. It has a unique pyramidal buttress around the shrine, a very uncommon architectural variation, along with a high open hall supported by rounded pillars. The statues of Vishnu, Saraswati and Surya in the temple are worth mentioning. 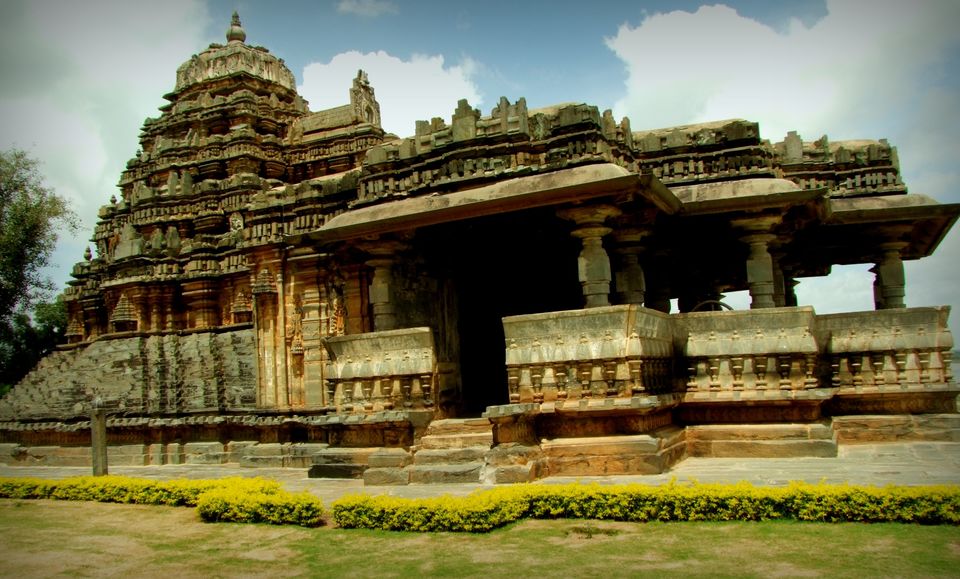 A tumultuous ride on an unpaved dirt track to the south of Galaganatha and along the Tungabhadra brings one to the ruins of a river fort at Havanur. Dilapidated bastions and rampart walls in various states of disrepair overlook rows of neatly aligned fields on the banks of the river. During the monsoons the river overflows and inundates these brown fields along with the many decaying structures on the bank. 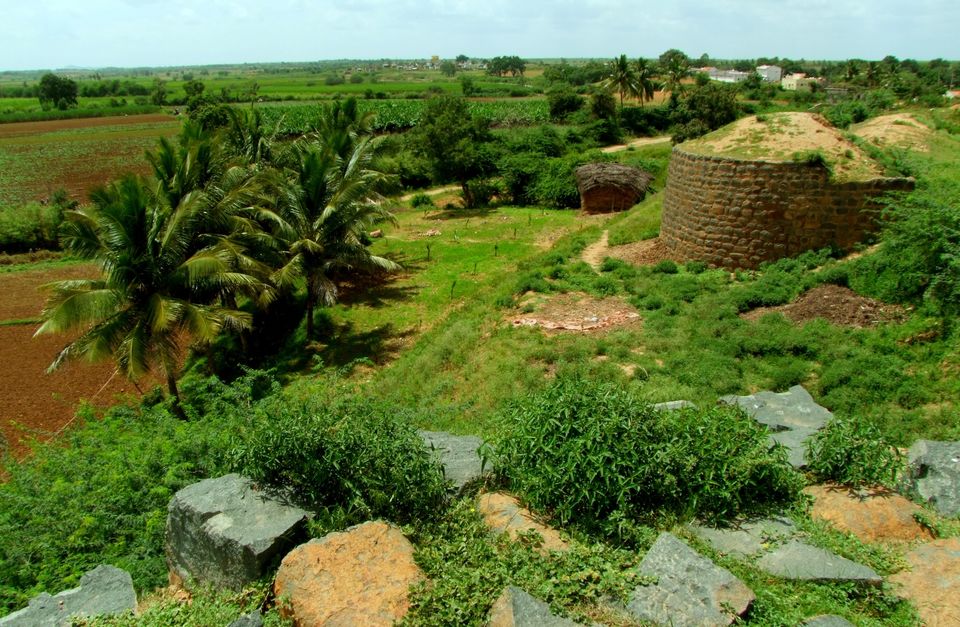 The Someshwara Temple stands forlorn in the once flourishing village of Haralahalli; the human habitants have moved to the new settlement of Hosa Haralahalli around 2kms from the aforementioned temple. This temple is a trikuta (a temple with three shrines) with three shikharas that bear sign of restoration and repair. The temple precincts are well-maintained by a caretaker who is well-versed with the history of the region and the imagery of the many sculptures in the temple. 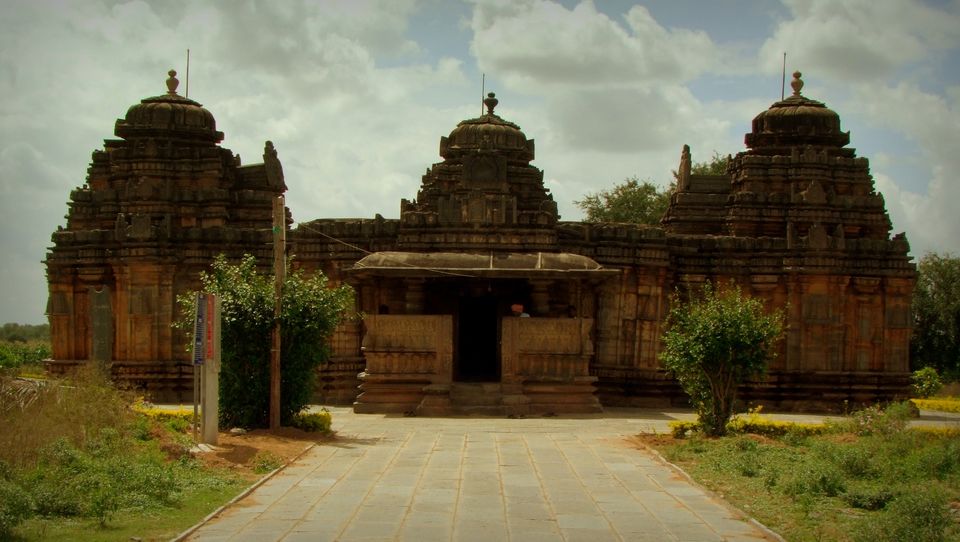 An erstwhile political and cultural hub, Lakshmeshwar has several elegant monuments that hark back to the glory days of this magical town that once hosted the famous poet Pampa. Among the various heritage sites in the town the imposing Someshwara Temple stands apart; more than 50 Kannada inscriptions have been discovered here. The idols of Shiva and Parvati in the temple are noteworthy along with a deep open well behind the temple. 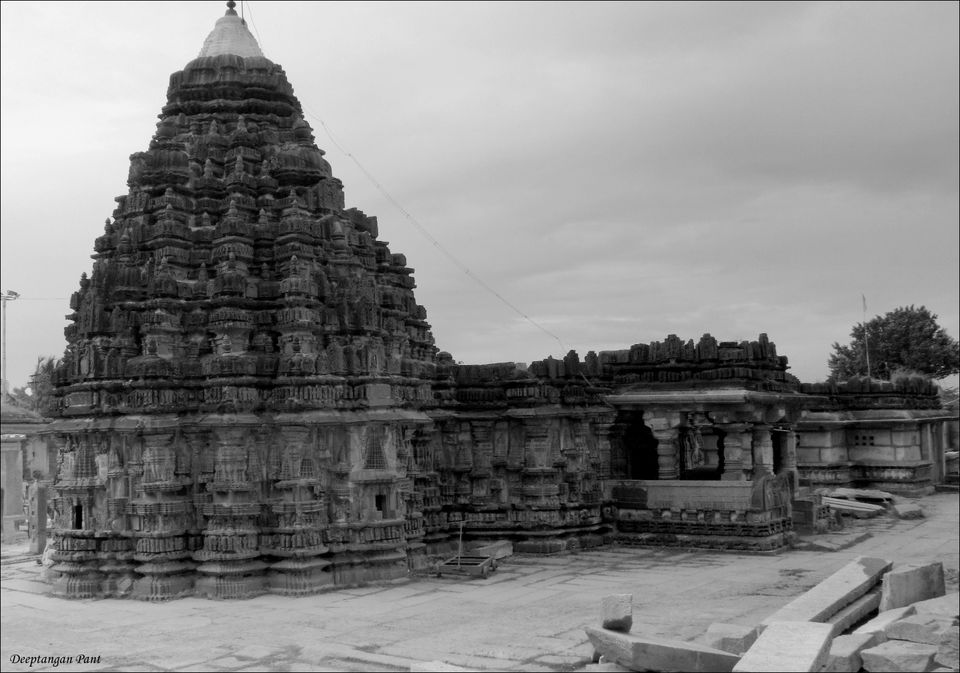 The Nagareshvara Temple, also known as Aravattu Kambada Gudi (sixty pillars temple), in Bankapur was built under the patronage of the Chalukyas. Located in the ruins of the Bankapur Fort the locale of the temple is serene – it is surrounded by towering trees where the call of peacocks echoes. Bankapur has witnessed a host of dynasties rise to power and grind to dust with the Kadambas, Cholas, Rashtrakutas, Gangas, Chalukyas, Hoysalas and the Vijayanagar Kings laying claim to the fort over the centuries. From the inscriptions in the temple it can be deduced that historically it has been a major centre of learning and art. 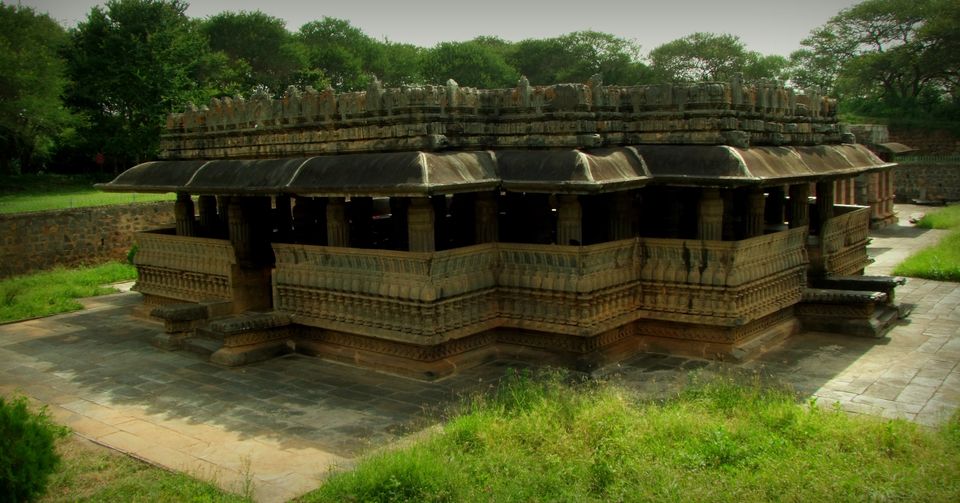 The Siddhesvara Temple in Haveri is a perfect place to behold the sun transform into an orange, blinding ball of fire and disappear behind the horizon. Set amidst lush green gardens it is ideal for an evening stroll coupled with a peek into the annals of history. As with other Chalukya Temples it is rich in sculpture and inscriptions; several hero stones displayed behind the temple are notable. After sunset, as most of the visitors depart, the temple is lit up in a milky hue; the reflection of the light on the worn out walls coupled with the silence is pacifying. 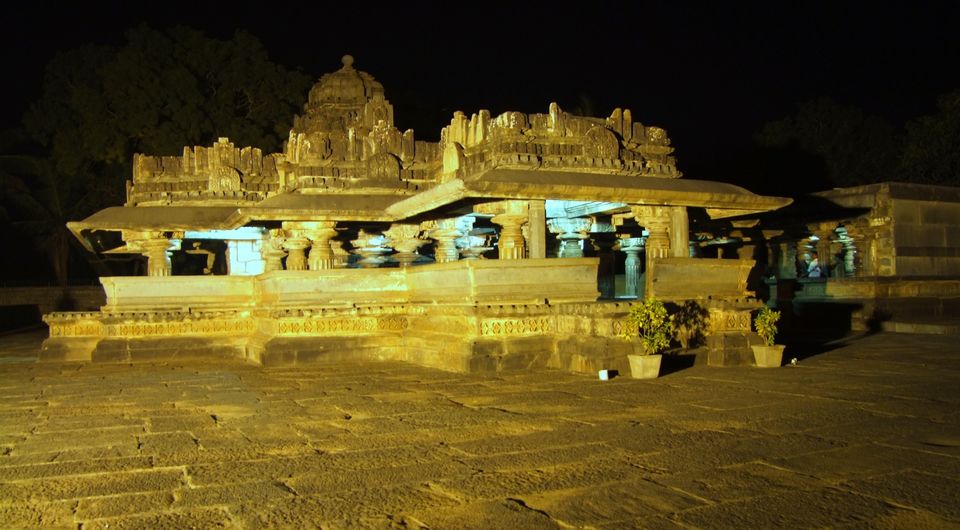 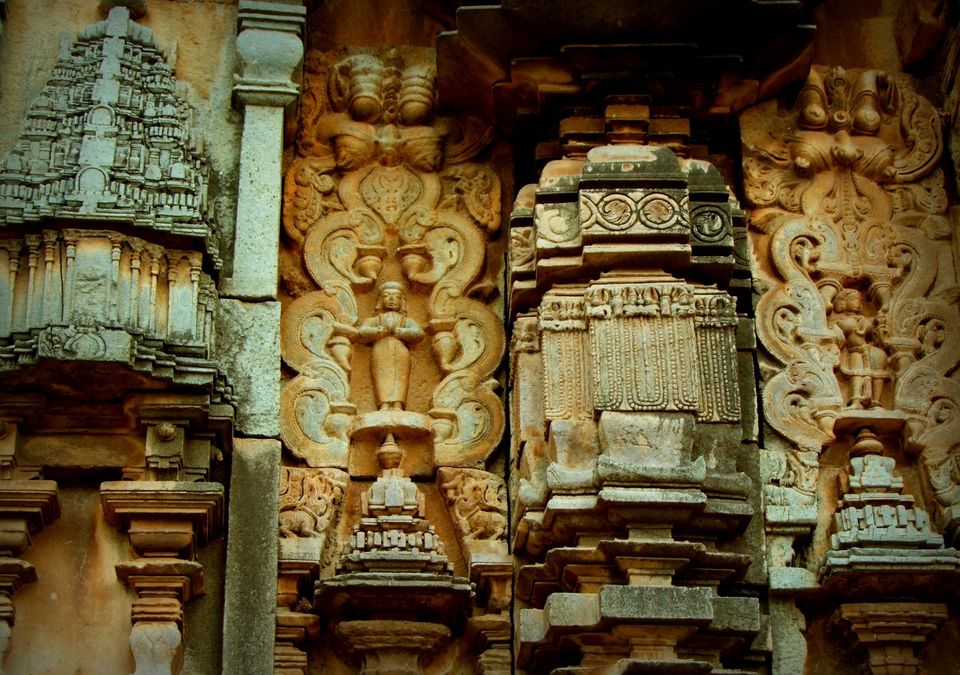