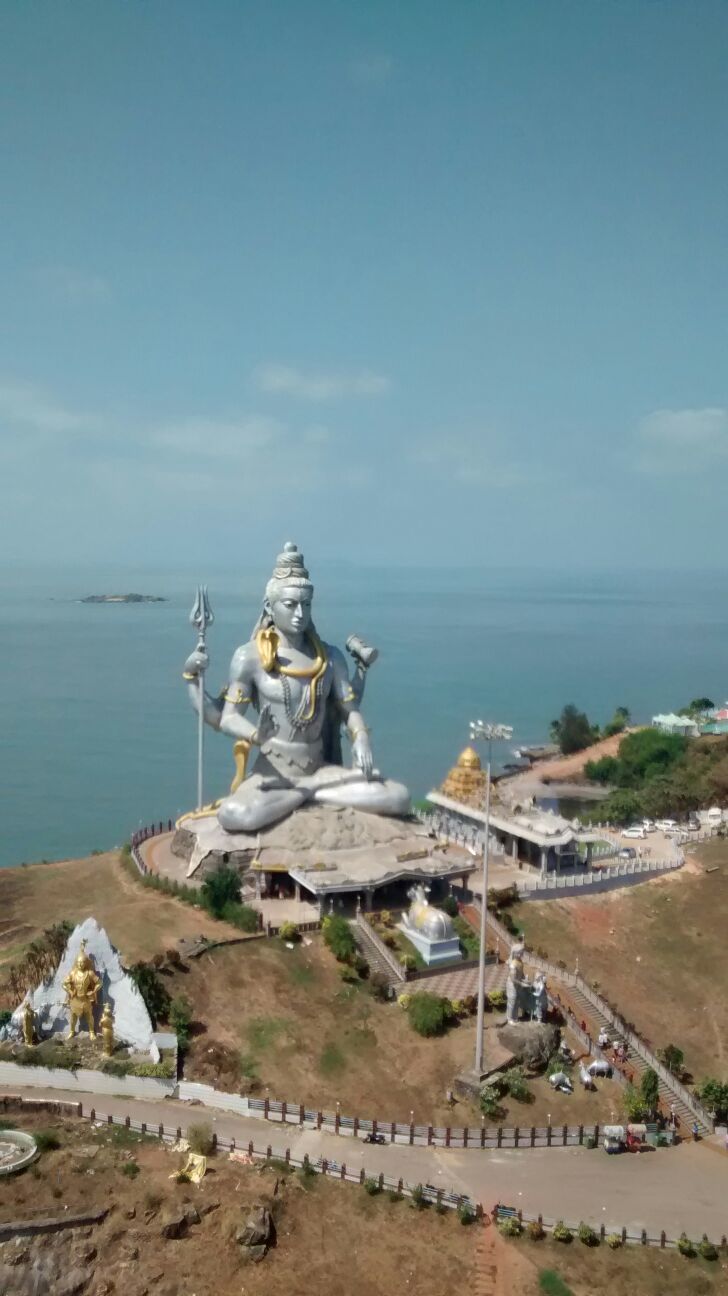 People forever seek new and offbeat holiday spots to visit. Goa has long become over cluttered and the new find, Gokarna is fast losing its charm as a holiday destination. If you have visited these places, or even you haven’t, head towards Murdeshwar next.

It is a small town on the coast of Karnataka, north of the Bhatkal taluka. If you’ve travelled to Gokarna, it is only slightly further along the way.

And you just can’t miss it. If you are travelling anywhere near it, India’s tallest (the world's second tallest) Shiva statue will greet you from afar, calling you in, like a guiding beam of solitude that only the serene face of Shiva will do.

Towering at a majestic 123 feet, it is a wonder to behold. Built at a cost of 5 crore rupees, it took over 2 years to build.

The Raja Gopura. It is so tall that you can't almost get it in one frame 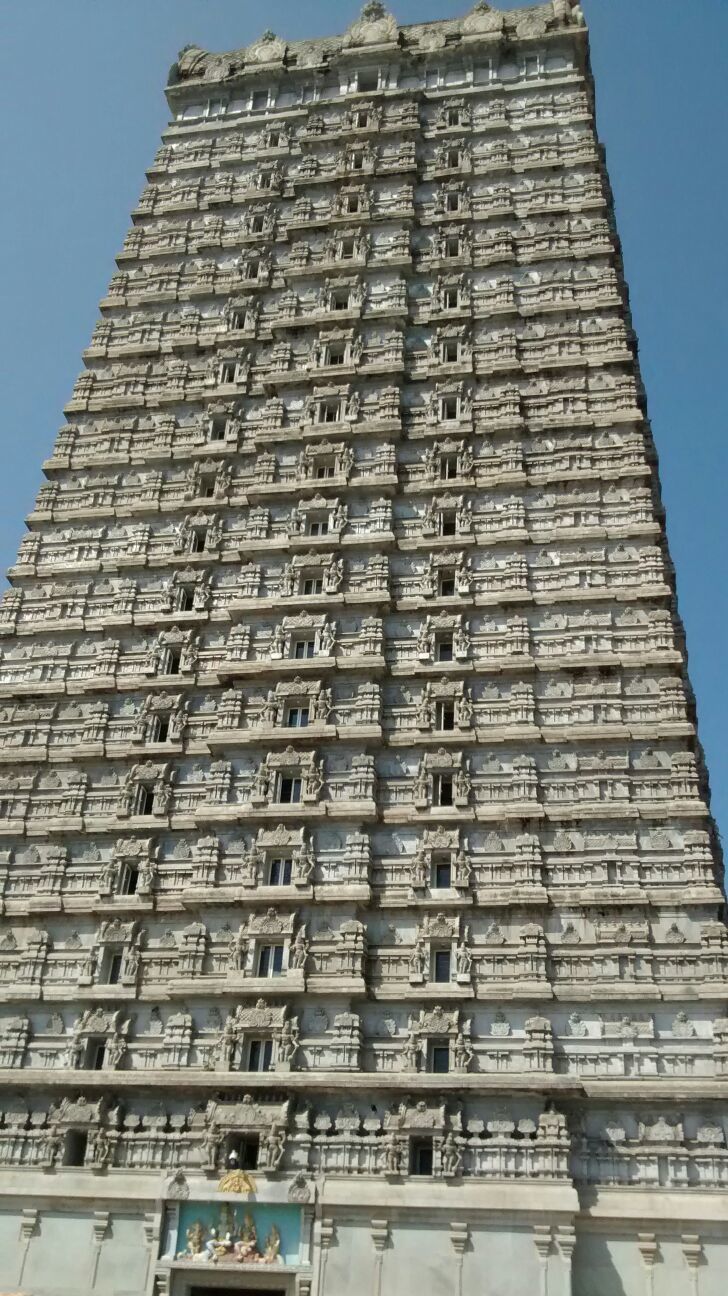 The 20-storied Raja Gopura provides a stunning view of the statue with the mesmerising backdrop of the Murdeshwar beach. 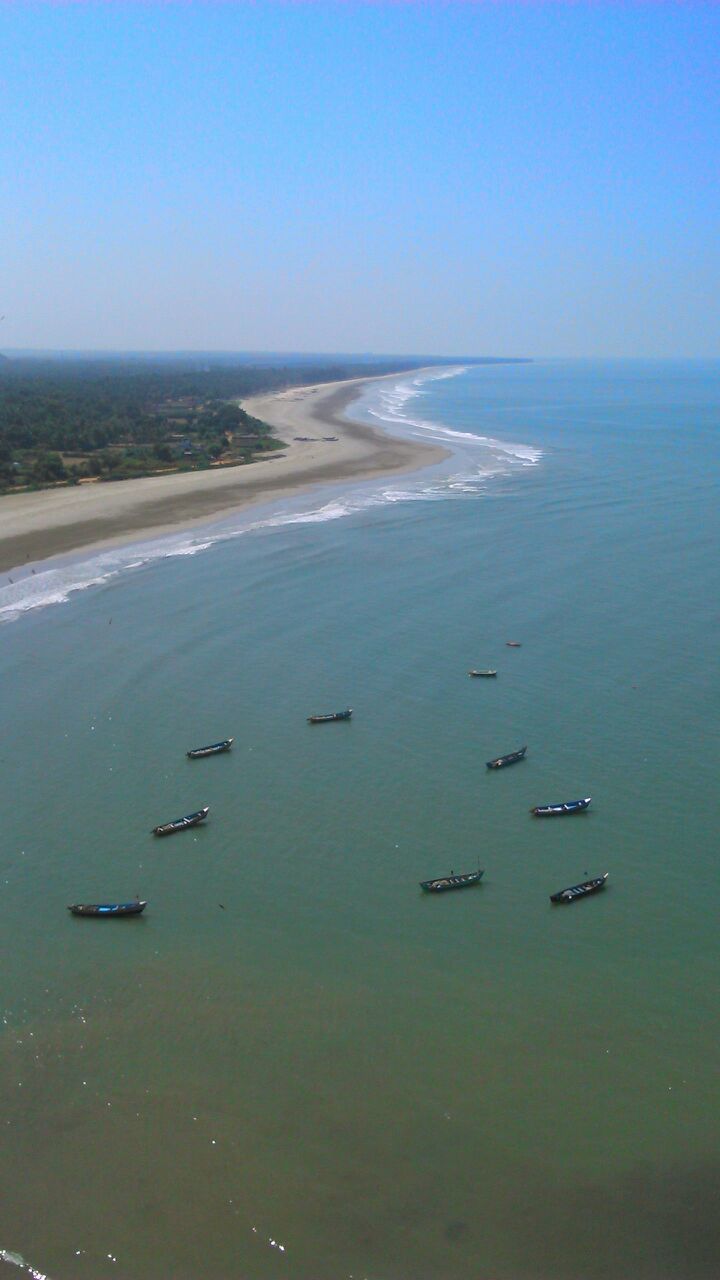 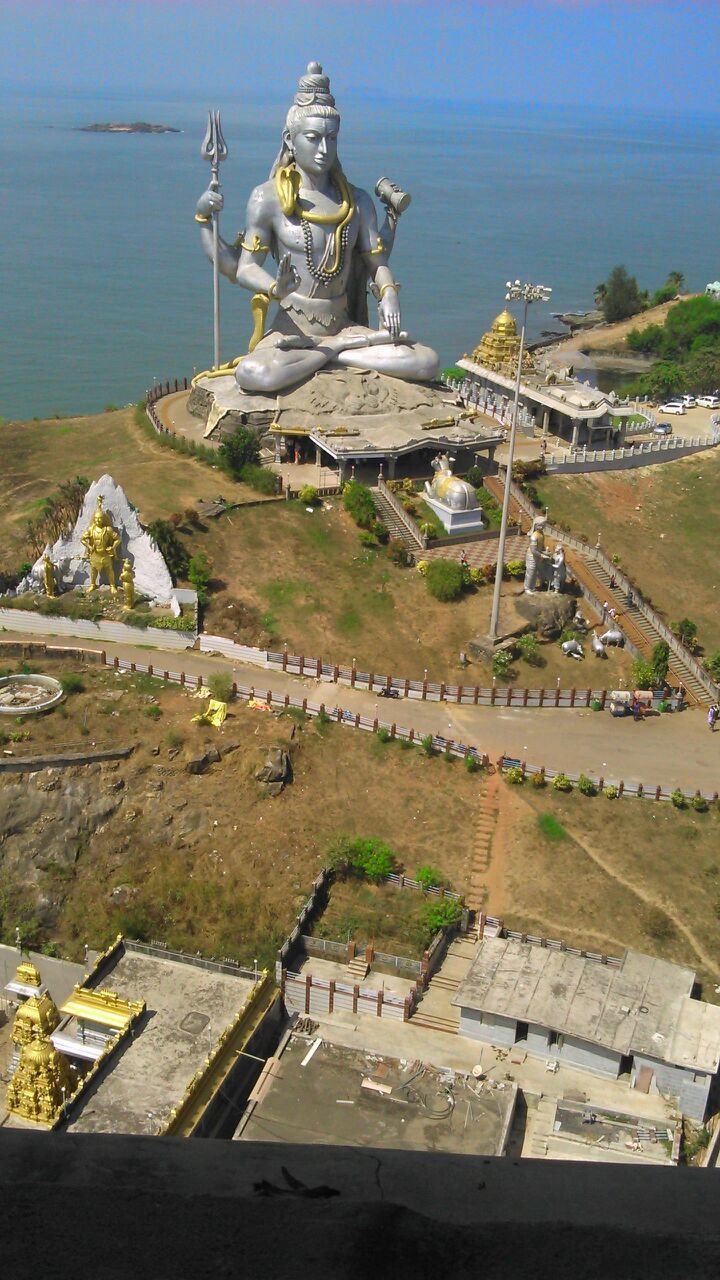 And these don’t even include the amazing temple and its grand entrance flanked by two life-size elephant idols. Although the inner sanctum is closed off for visitors, the temple is still worth visiting.

Interestingly, Murdeshwar and Gokarna share a common back story based on the Ramayana. In his quest to attain immortality, Ravana sought to access Shiva’s atma-linga. A great scholar, and the greatest devotee of Lord Shiva, he decided to undergo rigorous penance on Mount Kailash. Long to please, Lord Shiva did not appear for centuries. But Ravana was steadfast.

In the end, Ravana was not to be denied. Lord Shiva blessed him with the atma-linga, but in his omniscience, also placed a dictum that if it were ever placed on the ground, the atma-linga would never leave that place. Worried, the devas approached Lord Ganesh who agreed to interrupt Ravana’s journey back to lanka to ensure peace on the Pruthvi-loka.

During the time of sandhya-vandanam (evening prayers), Ravana sought help of a brahmin boy to hold his atma-linga as he performed his daily prayers. Ravana instructed the boy to call out his name thrice if he ever got tired or had to leave. As soon as Ravana had turned his back, the boy called out his name thrice softly, kept the atma-linga on the ground and disappeared. The boy was Lord Ganesha in disguise.

When Ravana found out the the atma-linga was placed on the ground his was livid with anger. He tried to uproot it from the ground. But the atma-linga did not budge. Such was the power of Ravana that the atma-linga was deformed by the sheer force of his attempt. The ground shook but did not let go of the linga. In his anger and the strength Ravana exerted, pieces of the atma-linga fell towards nearby areas and temples have been built around those pieces. One such example is Murdeshwar.

For the beach-lovers, it has a serene beach with calm, shallow, waters with a slew of water sports. In all, a complete package.

Murdeshwar is easily accessible by road and rail. It has its own railway station. The closest Airport is at Mangalore, about 150 kilometres away.