The beautiful world of Pobitora

If you are someone who itches for a peek of nature and wildlife then there are lots of options for you if you are in Assam. For someone in Guwahati though, the options are not bad considering that the Deepor Beel birds sanctuary is quite nearby. Also, there are several hills around the city that allow nature lovers a peek into some local wildlife. But if you are itching for a real safari experience then again you should be thankful for being a Guwahatian. 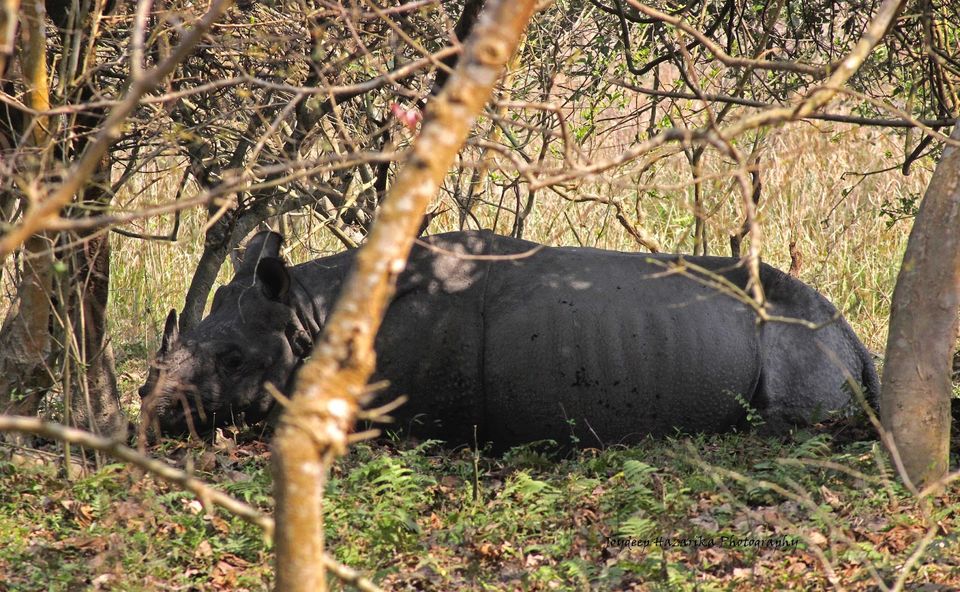 Not far from the city, about 48 kms away in the Morigaon district is situated the Pobitora Wildlife Sanctuary. For those who feel that Kaziranga is too far away to fit in their hectic routines, a day’s getaway to Pobitora is a refreshing experience as it allows you to spend some time among the Great Indian One-Horned Rhinoceros. Covering an area of about 38.80 square kilometres, Pobitora is perhaps the other most prolific place to witness the rhino in its wild glory after Kaziranga.

Reaching there is no hurdle as it is just about an hour ride away from Guwahati. But yes, do take your own vehicle as there are no bus services till there. I had lived all my life in Guwahati, but got to visit the place only recently. The sanctuary is quite close to Mayong and even covers a small hillock in the Raja Mayong area. The area for effective rhino habitat is only about 16 square kilometres. So one good thing is you don’t to travel long distances within the sanctuary to catch a glimpse of the magnificent beasts.

Pobitora is quite an interesting place. It is surrounded from all side by villages and has a strict area boundary unlike Kaziranga where sometimes the boundaries blur with human settlements. There are reportedly about 93 rhinos within the sanctuary and if reports are to be believed, it has become overpopulated for the species. Most of the rhino grazing areas are near the human settlements and the boundary is demarcated by a road running along the area. Cattle and livestock from the nearby villages roam carefree within the park area among the rhinos and other animals such as water buffaloes and wild boars. We went on a jeep safari ride and it was already late in the morning and we were surprised by the number of cattle present within the park area. The rhinos didn’t seem disturbed at all by the presence of the large number of cattle and livestock around them and peacefully carried on with their grazing.

The safari ride took us through a patch of area that had ample amount of shady trees that gave quite a picturesque look to the place. And on top of it you could see the cattle roaming in the area along with wild boars and rhinos in between. Pobitora is a beautiful place and has some of the most picturesque locations if you are interesting in wildlife photography. But do remember to reach the place by 7 am if you want to enjoy an elephant ride safari.

Because of its comparatively smaller area to other sanctuaries, the problem of poaching is quite unheard of here, unlike Kaziranga where it is rampant. The rhinos have grown accustomed to the presence of humans and their livestock in their vicinity and hence peaceful coexistence prevails here. Apart from rhinos, the sanctuary also has a sizeable population of water buffaloes, wild boars and over 2000 varieties of birds and reptiles. There is no population of tigers or deer here. There are some leopards but their presence is only in the deeper areas of the sanctuary. Pobitora is a fine place to spot several species of birds, especially in the winters when migratory birds come in large numbers here.

Pobitora makes for a great day long getaway along with your family to witness the beauty of the wilderness in the presence of the magnificent rhinoceros. And the best part is it is quite close to a major city like Guwahati.