Aurangabad – Travelling back in time

On a very cold and dark Saturday morning, me and my friend set out on our trip to the ancient and historical town of Maharashtra. The 6 am Shivneri took 5 hours to take us to our destination. The bus stand itself gave a good vibe and I was excited to take on the streets of Aurangabad.

Day 1 : We wanted to do the following monuments :

We had the most amazing Gujarati Thali and headed to the Ellora Caves. On entering, from a distance they looked like any normal cave would. There are 34 caves in all with places of worship of 3 religions - Jainism , Buddhism and Hinduism. This shows how peacefully every religion co existed during that time. The entrance leads to Cave 16 which is known as Kailash temple. It is very well preserved and every frame is worth looking at.We spent almost 2 hours in the temple complex looking at every corner and every carving. The buddhist caves ( Cave 10 ) are relatively simpler, much like the religion itself. It just had statues of Buddha and huge prayer rooms. These caves are very peaceful. I can sit for hours looking at the figurines. When I think what all these rock carvings have seen as they stood through time, I am amazed. These caves only made me realise again how rich my cultural heritage is!

After having spent so much time here, we were left will very little time for the Bibi ka maqbara and Daulatabad fort.

Aurangzeb's tomb or mazaar as they call it is at khultabad. It is quite close to Ellora caves which is at undabad. Aurangzeb did not die here but it was his wish to be buried beside his guru , the last khwaja here. So both their tombs are here.

This place also has another interesting thing. A door locks the robe of the Prophet Mohammad which he got when he met God in seventh heaven. This robe was then passed down to every Khawaja and was last received by the twenty second and last Khawaja who lies buried here.it is taken out only during Eid and people from faraway places come to see it.

Sadly we had no time left for Panchakki but we visited the Bibi ka Makbara. It is the tomb of Aurangzeb's wife built by his son.it is open till 10 pm but it should be visited during day time as there is very less light after sunset. This is the best monument of the city and should not be missed.

The ride to Ajanta proved to be very tiring.Almost 2 hours required to reach here from Aurangabad.The caves are about 4 kms from where your ride will drop you. After climbing steps covering almost half a kilometre, we reached Cave 1. The Ajanta Caves are a series of monasteries overlooking a river. Now the river is dry and the topography is crude. All the trees covering the land have dried up. The nature has been hard to the people here. Our driver told us that Aurangabad and its surrounding areas haven't seen monsoon in the last 5 years.

All Caves looked the same to my eyes but some are vihara, some stupas and some chaityagrihas. Every Cave has a Statue of buddha in the middle and a huge area surrounded by columns. Only Cave 19 and 26 have the statues preserved. cave 26 is the cave of the lying Buddha. It is of when Buddha is in his death bed and the heavens are rejoicing for Buddha's soul will reach heaven and people of earth are crying. There is a central stupa and on the right hand side are carvings of Buddha in various hand gestures or mudras. These mudras are actually preachings of the Buddha that were used in place of the spoken word for the devotees.

Cave 1,2 and 17 have rock paintings on the walls depicting past life, present life and preachings of him. If you're going with a big group, ask for an official guide. They charge 1200 INR and share lot of information about the place in english. It is worth the money.

First day on the way to Ellora caves, we crossed the Daulatabad fort. Sadly due to less time, we could see it only from outside. One good thing that happened is I got an 18th century coin from a collector here.

The most beautiful monument of Aurangabad according to me. Bibi ka Maqbara is an exact replica of the Taj Mahal. This is the tomb of Aurangzeb's wife built by her son. The place is open till 10 pm at night but unfortunately there is minimum light in the compound. However, it was a full moon night and the monument shone brilliantly. This should definitely be visited in the morning.

Ellora Caves took me about an hour to reach from Aurangabad. This is a world heritage site now and has 34 caves that were built between the 5th century and 10th century. The 17 Hindu (caves 13–29), 12 Buddhist (caves 1–12) and 5 Jain (caves 30–34) caves, built in proximity, demonstrate the religious harmony prevalent during this period of Indian history. The entrance to this site will directly lead you to cave 16 which is the kailash temple. This is the best preserved cave and is carved out of a single rock. The kailash temple is 2 storeys, the top most storey has a Shiva idol and a small chamber has Nandi , the bull. it is surrounded by a pillared corridor. The temple on the outside is surrounded by elephants. I clearly saw lot of sexual positions carved on the outer side of the temple but could not understand why they would be present in a temple. I came back and searched a lot of articles on the internet but none mentioned any of these carvings. (I have uploaded some of these figurines in pictures). Could it be possible that the process of mating was considered sacred and hence carved outside a temple?! The Kailash temples awed us so much that the Buddhist caves looked a little too simple and plain in comparison , much like the religion itself. There were only huge rooms inside with idols of Buddha. The jain temples are about 2 kilometres away and you have to take a bus to reach cave 34. The five Jain caves at Ellora belong to the ninth and tenth centuries. They all belong to the Digambara sect.[10] Jain caves reveal specific dimensions of Jain philosophy and tradition. They reflect a strict sense of asceticism – they are not relatively large as compared to others, but they present exceptionally detailed art works. The most remarkable Jain shrines are the Chhota Kailash (cave 30), the Indra Sabha (cave 32) and the Jagannath Sabha (cave 33). Cave 31 is an unfinished four-pillared hall and a shrine.[11] Cave 34 is a small cave, which can be approached through an opening on the left side of Cave 33.[12] Amongst other devotional carvings, a place called Samavasarana can be found in Ellora caves. Samavasarana is of special interest to Jains, as it is a hall where the tirthankara preaches after attaining omniscience.

The journey to the Ajanta Caves proved to be very hectic. It is about 110 kilometres from Aurangabad.On reaching the entrance, you have to pay for both entry and parking. Crossing the market area, you reach the bus bay. This market has lot of collectibles and interesting stuff. At the bus bay, there is usually a long queue but you don't have to wait for more than 5-8 minutes.The distance to the caves from here is about 4 kms. Where the bus drops you, you have to again buy tickets (10 rs per person) and one lighting ticket(rs 5) to pay for the light in the caves. There are 26 caves but spend time only in 1,2, 17 ,19 and 26

Aurangzeb's tomb situated at khultabad which is close to the Ellora caves. Aurangzeb was buried here as per his last wish which was to be buried next to his guru, the last Khwaja. 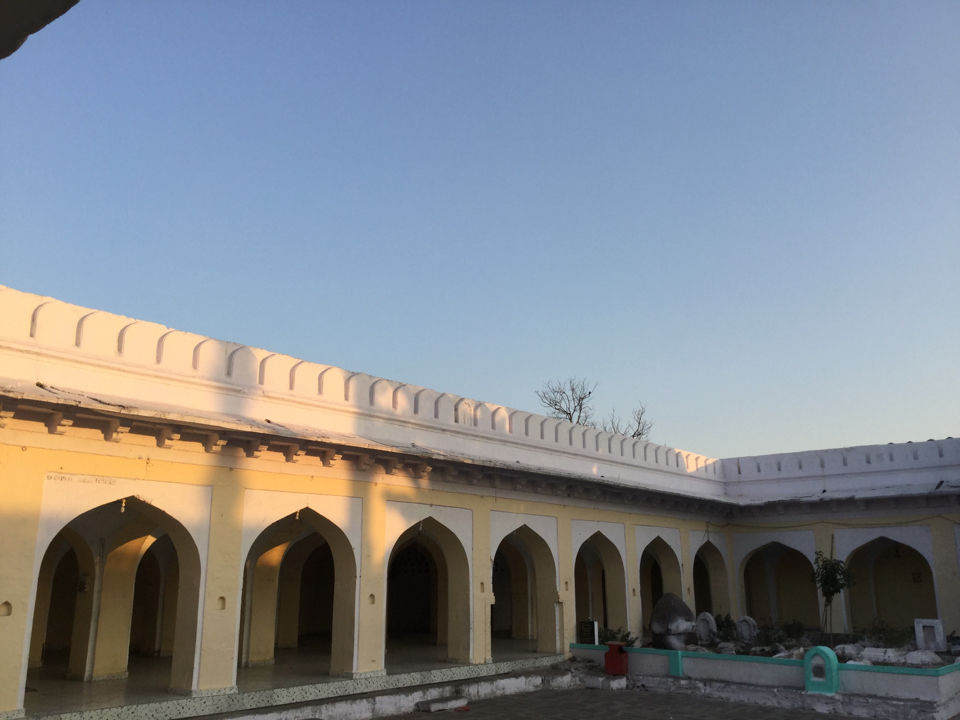 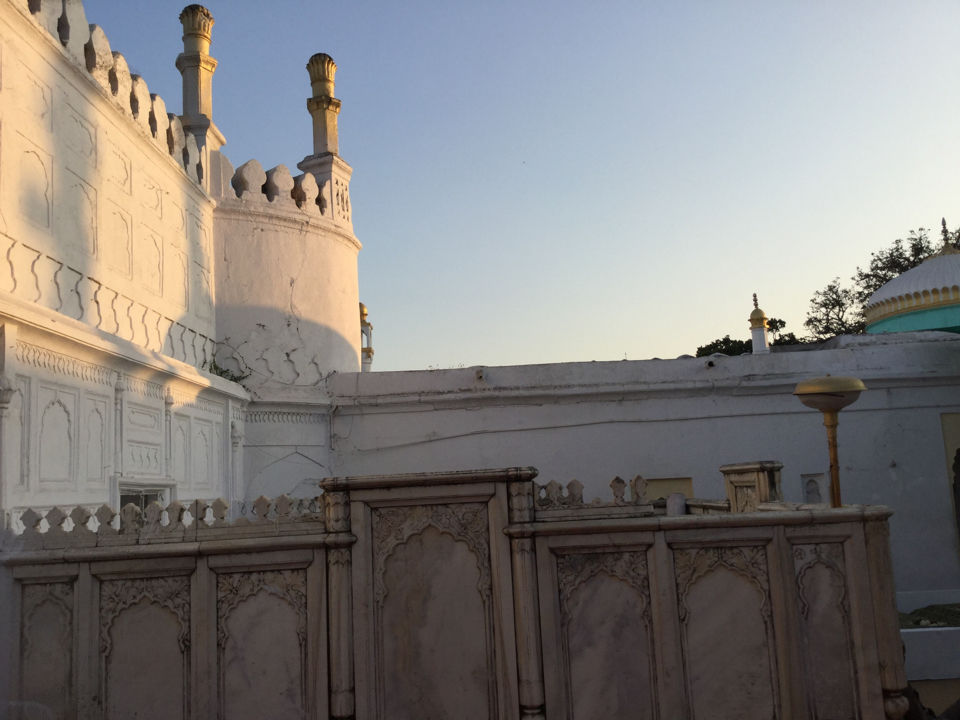 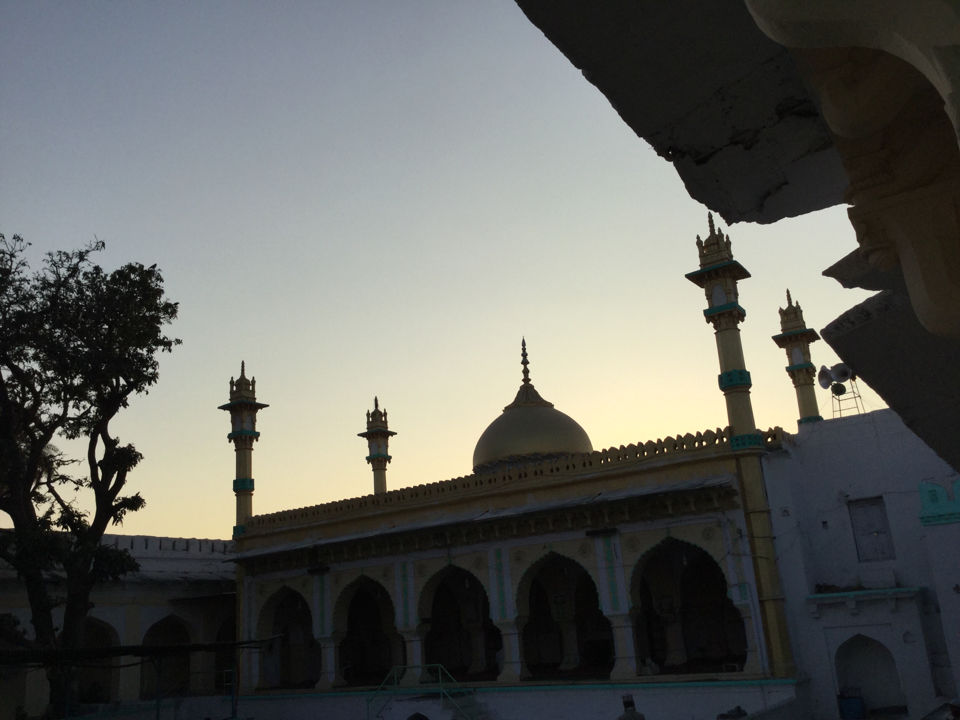 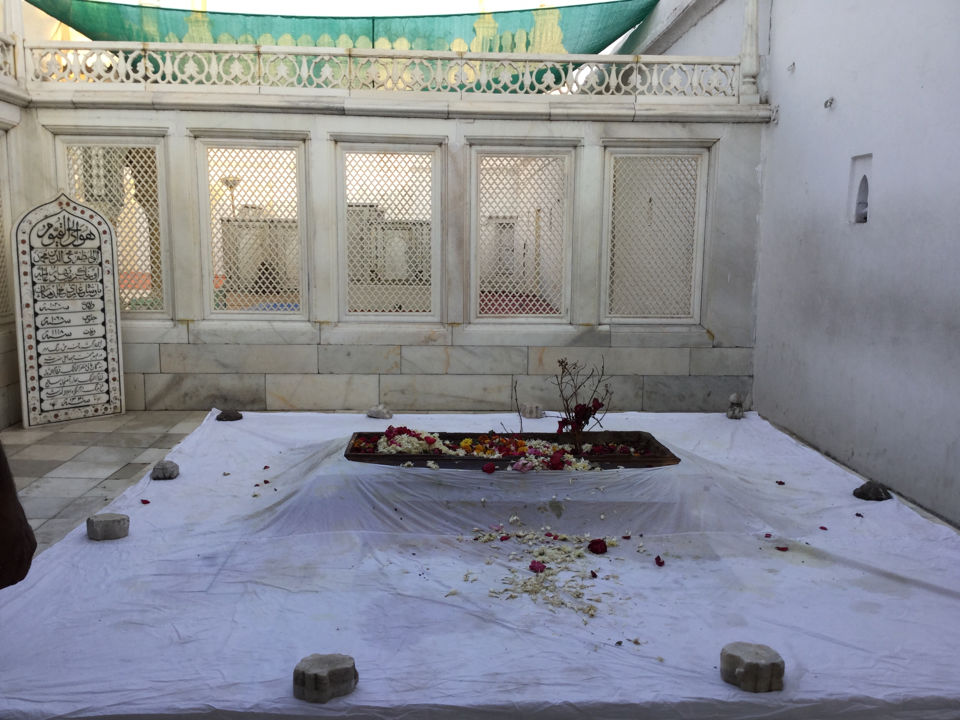 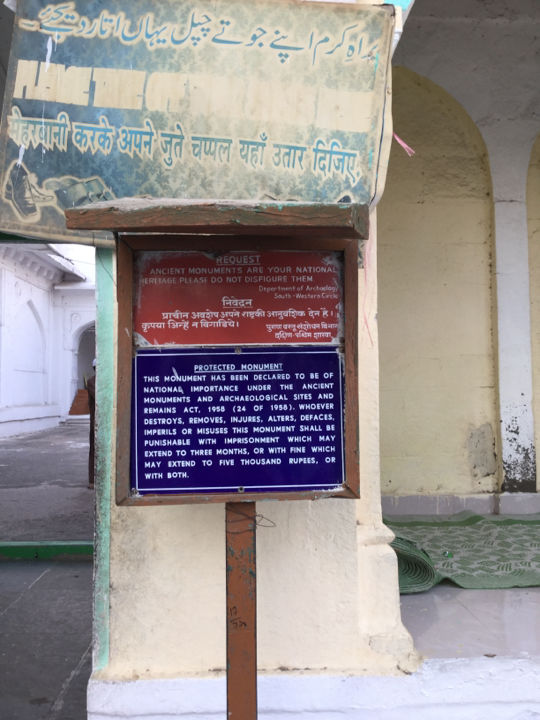 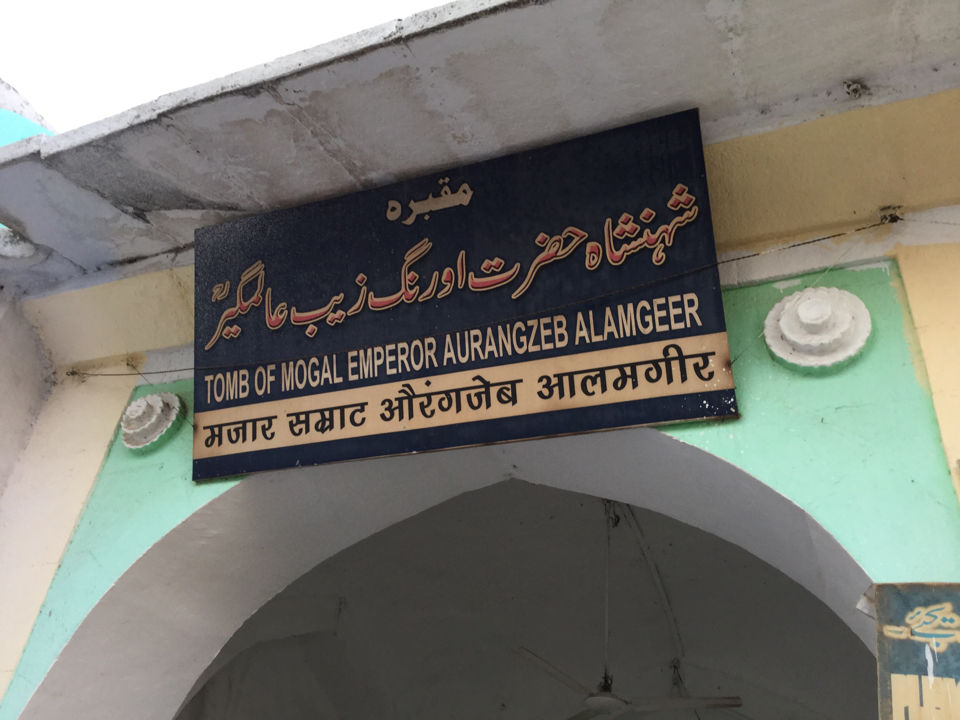 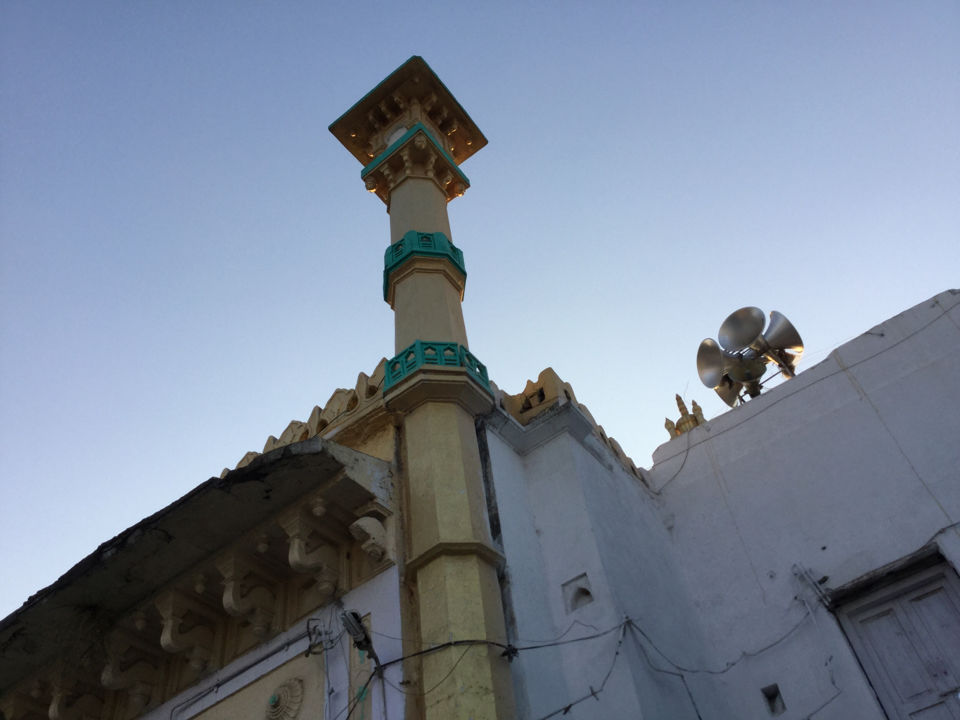 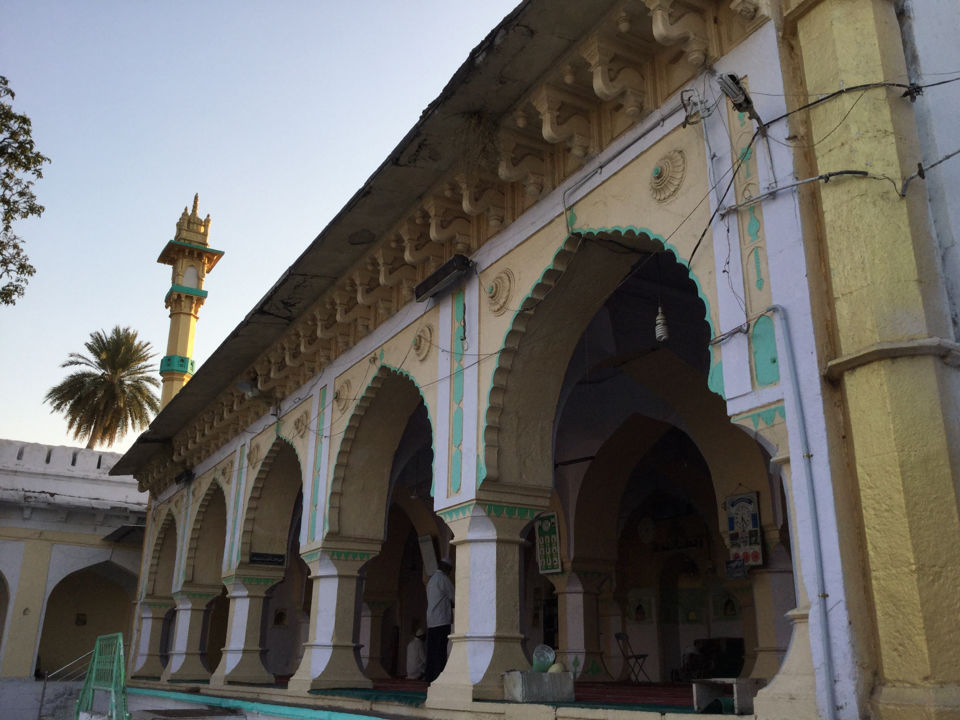 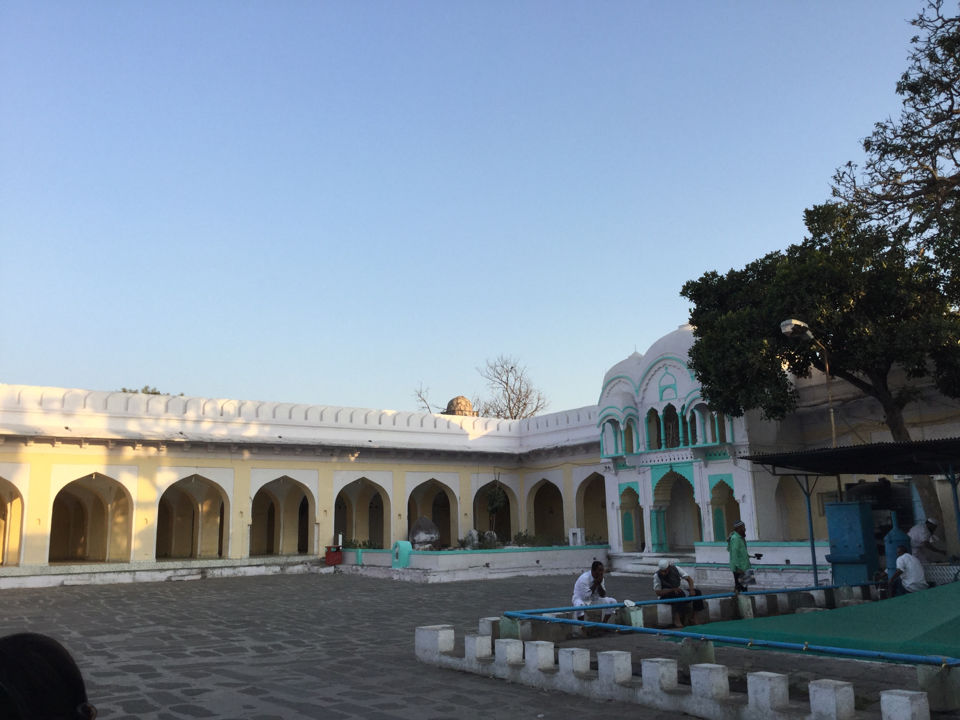 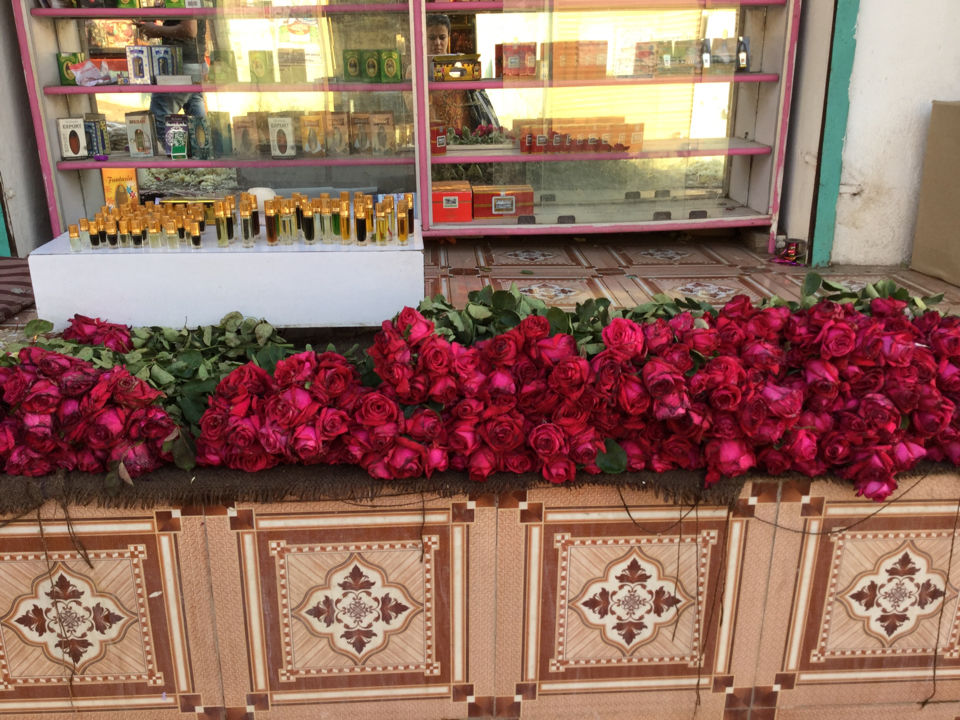