That Impromptu Getaway to Kuala Lumpur

A trip that was planned because I would see the Air Asia poster everyday. When a friend told me about domestic airfare shooting up, I had joked saying it is cheaper to go to KL. The next day I realised I had no reason to not go. I could take a few days off work, the airfare was cheap and I really needed a holiday. We booked our tickets the next day(from Bangalore to Trichy, and Trichy to KL- for the sake of cheap tickets!). The trip however, was split between KL and Langkawi - Three days in KL, three in Langkawi and one last day in KL.

AirBnB came to our rescue with great accommodation at throwaway prices(USD20 a day,a ten minute walk from KLCC!). The apartment was convenient and offered views of the Twin Towers and the KL tower from the balcony.

One of the most interesting things about Kuala Lumpur is the fact that you can experience several cultures in a day. KLCC,KL Sentral and all the other malls and Chinatown and Little India exist in perfect harmony and set each other off beautifully. Haggling at Chinatown is a must for anybody wanting to hear the dramatic,"You kill me, you kill my family".

Batu caves are quite stunning.The Temple may appeal to the religious, but the sheer beauty of the light streaming in from atop the caves is a visual one would take back home as a cherished memory. The Thean Hou Temple is a beautiful representation of Chinese culture and architecture. Kuala Lumpur does not offer too many "touristy" places-to-see, that said,  Just walking around, past the independence square, the Old Railway station, even around the streets of Masjid Jamek is an interesting experience.

Genting Highlands is probably the closest thing Malaysia has to Disneyland, only it also houses Malaysia's only casino. The cable car ride to Genting is picturesque. The entire setup feels like a huge market, casino, amusement park and mall all rolled into one, and while it is interesting, it lacks finesse and organization. It also houses a Ripley's Museum.

The second part of this trip was Langkawi. Located an hour away(by air) from Kuala Lumpur, Langkawi starts enticing you with the first bird's eye view of the islands that you catch from the aircraft. The island is known for duty free shopping(Ritter Sport and Hershey's enthusiasts can celebrate, great deals on perfume, branded shoes and alcohol too). Pantai Cenang,Kuah and the surroundings offer white sand beaches, black sand beaches, mangrove tours,water sports,flea markets, spas and everything else! The iconic bridge and ropeway appeal to all Shah Rukh Khan fans(Me!), the Eagle square is majestic and the waters beyond make for a beautiful visual.

Eating at the Thursday flea market was a happy accident. You can get all sorts of food at these make-shift stores be it Pizzas, Lebanese, local cuisine or just some fresh fruit and juice! Langkawi has a lot of fancy spas and several cheap fish spa parlours, they are both worth trying out. The Seaworld/Aquarium in Langkawi is cheaper than the one in KL and has the added appeal of penguins!

Thoroughly relaxed and satiated with the shopping and attractions, we left for KL, where we spent our final day in self indulgence - A fancy hotel, fancy food, a little more shopping. We also chanced upon witnessing local artists and bands getting together in the wee hours of the night around the bylanes of Bukit Bintang, playing music, face painting etc.

The first slice of Malaysia has been a fun, wholesome experience. Kuala Lumpur is a great city to visit for anyone looking for a slice of hedonism and just to simply walk around city, amidst the malls, streets, flea markets and skyscrapers. KL makes for a great base to go to Indonesia, Sabah, Sarawak and the Phillipines. Melaka, Ipoh and Penang sound enticing enough to revisit peninsular Malaysia before treading into the Eastern parts of the country, This wonderfully interesting city feels like the travelers' equivalent of comfort food, it is not outstanding, but just nice and sometimes, just right.

Sharks, sting rays, fish, turtles and some other sea creatures that are cute as a button! Definitely worth a visit.

Quick run to see this fella showing off his swimming skills :) 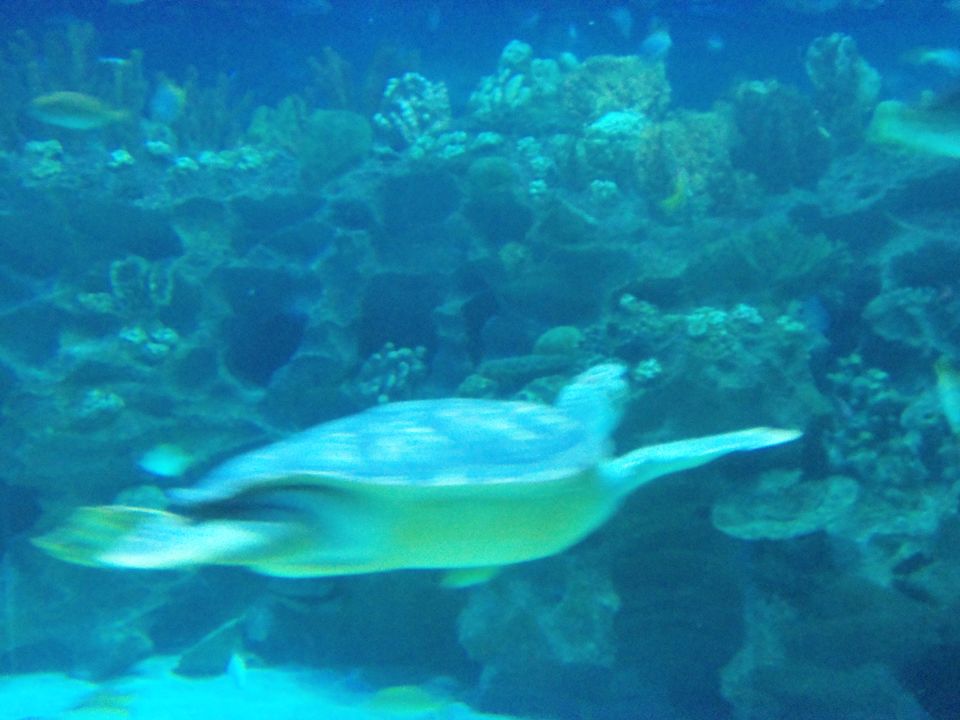 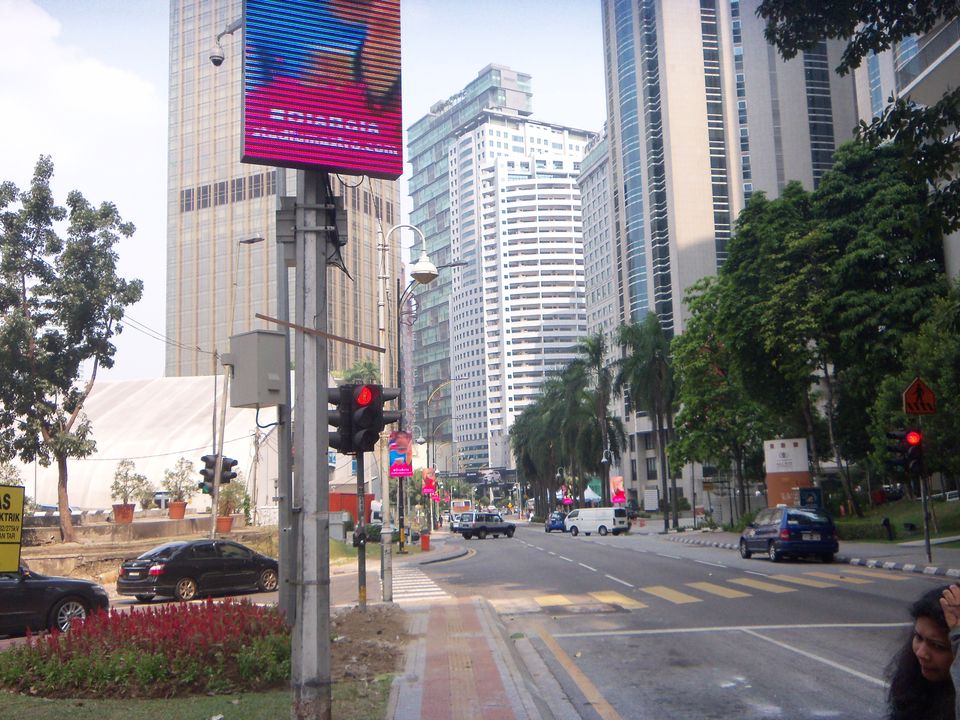 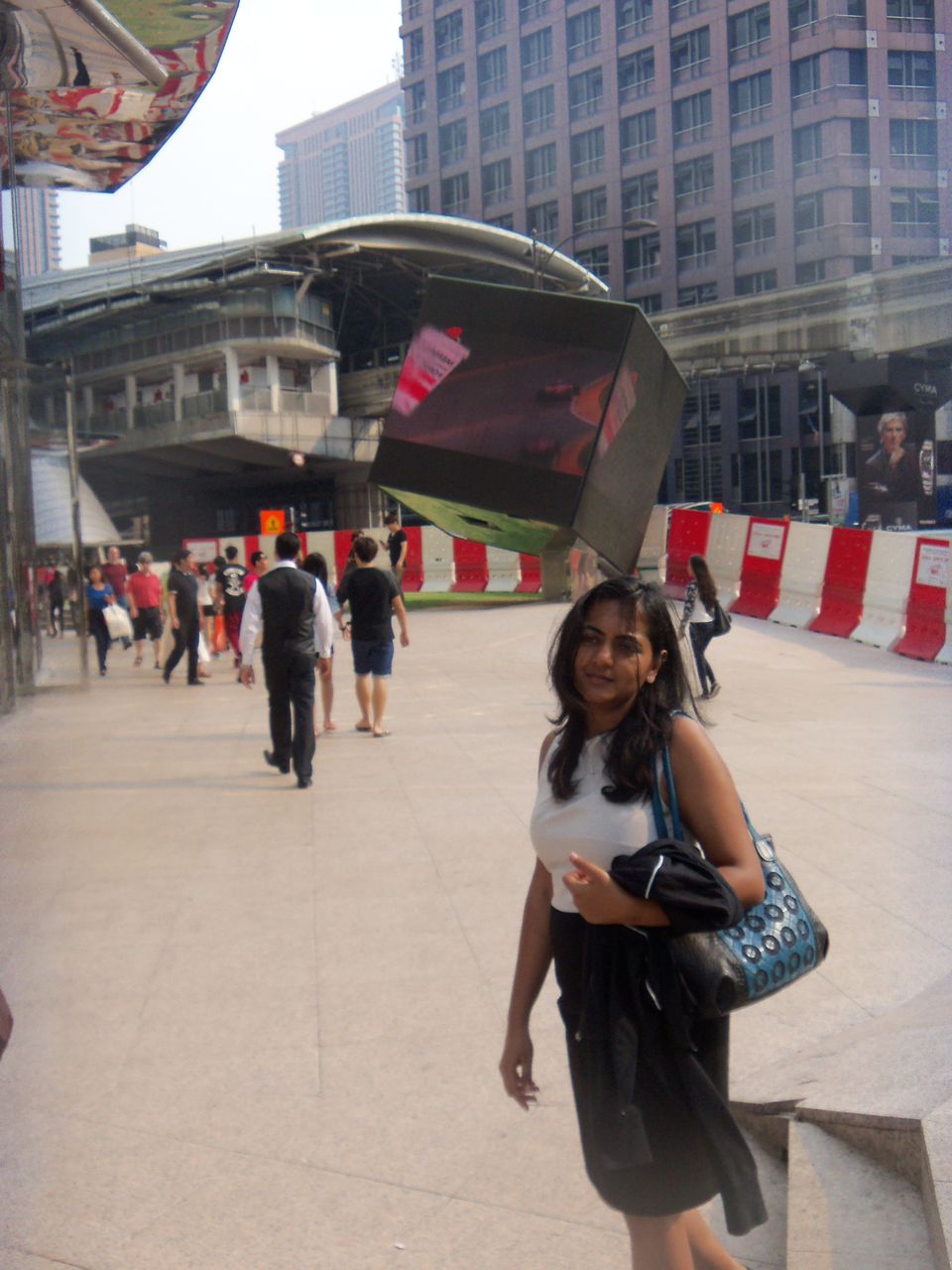 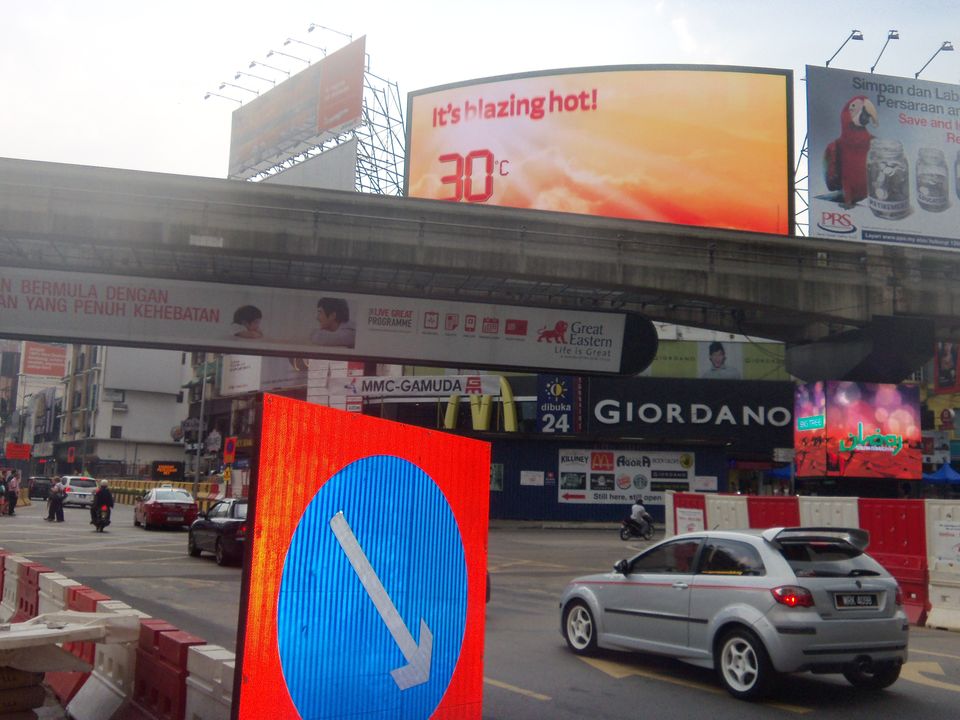 Shop a little to mark the end of this gorgeous holiday 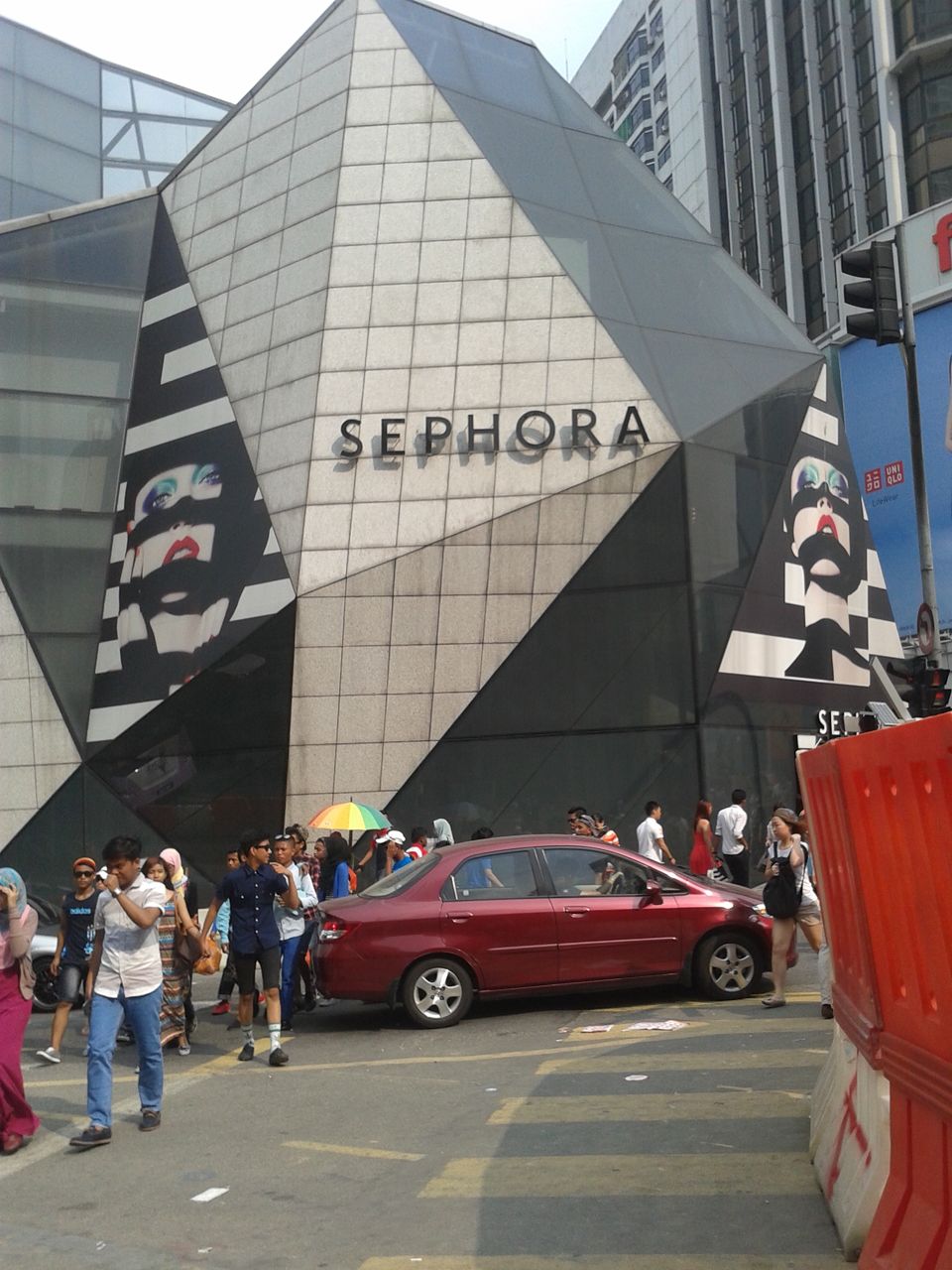 The eagle is majestic and the blue waters beyond look divine. Couple the square with looking around at the ferry terminal and a little shopping and you could easily spend 2-3 hours here. 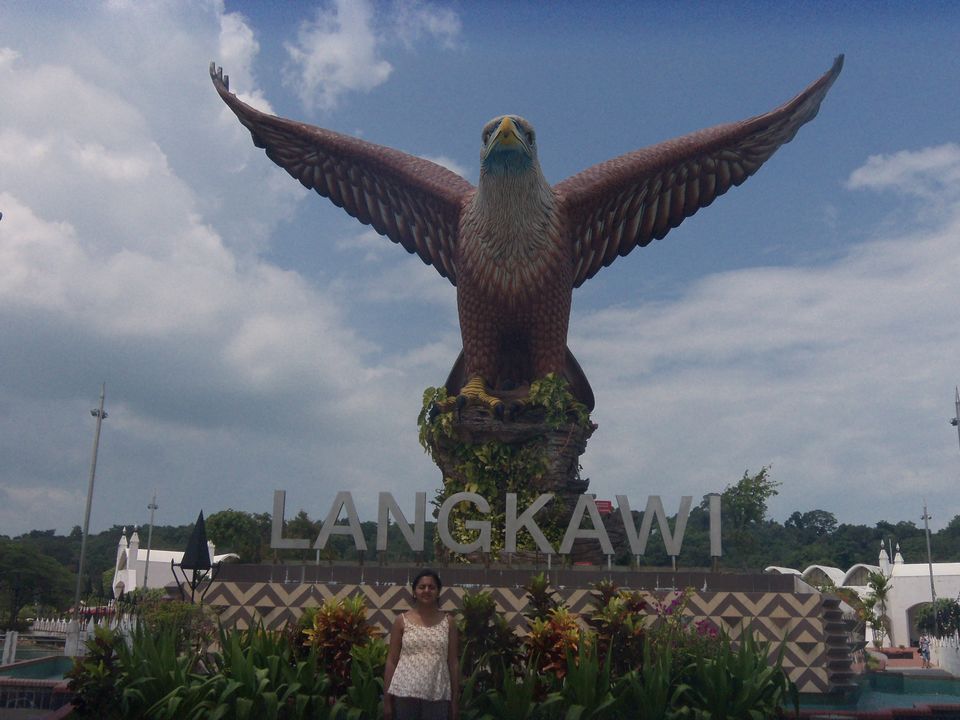 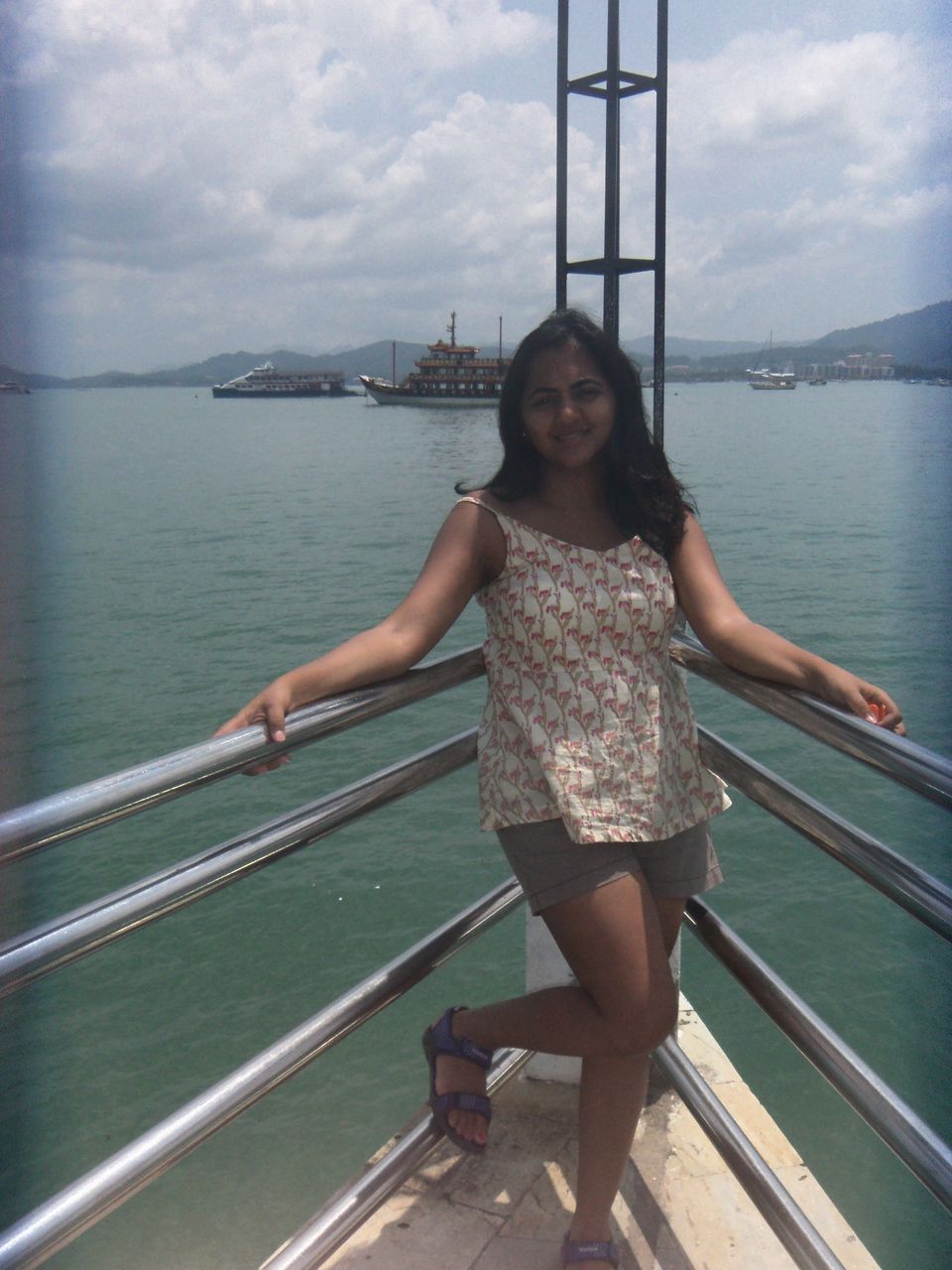 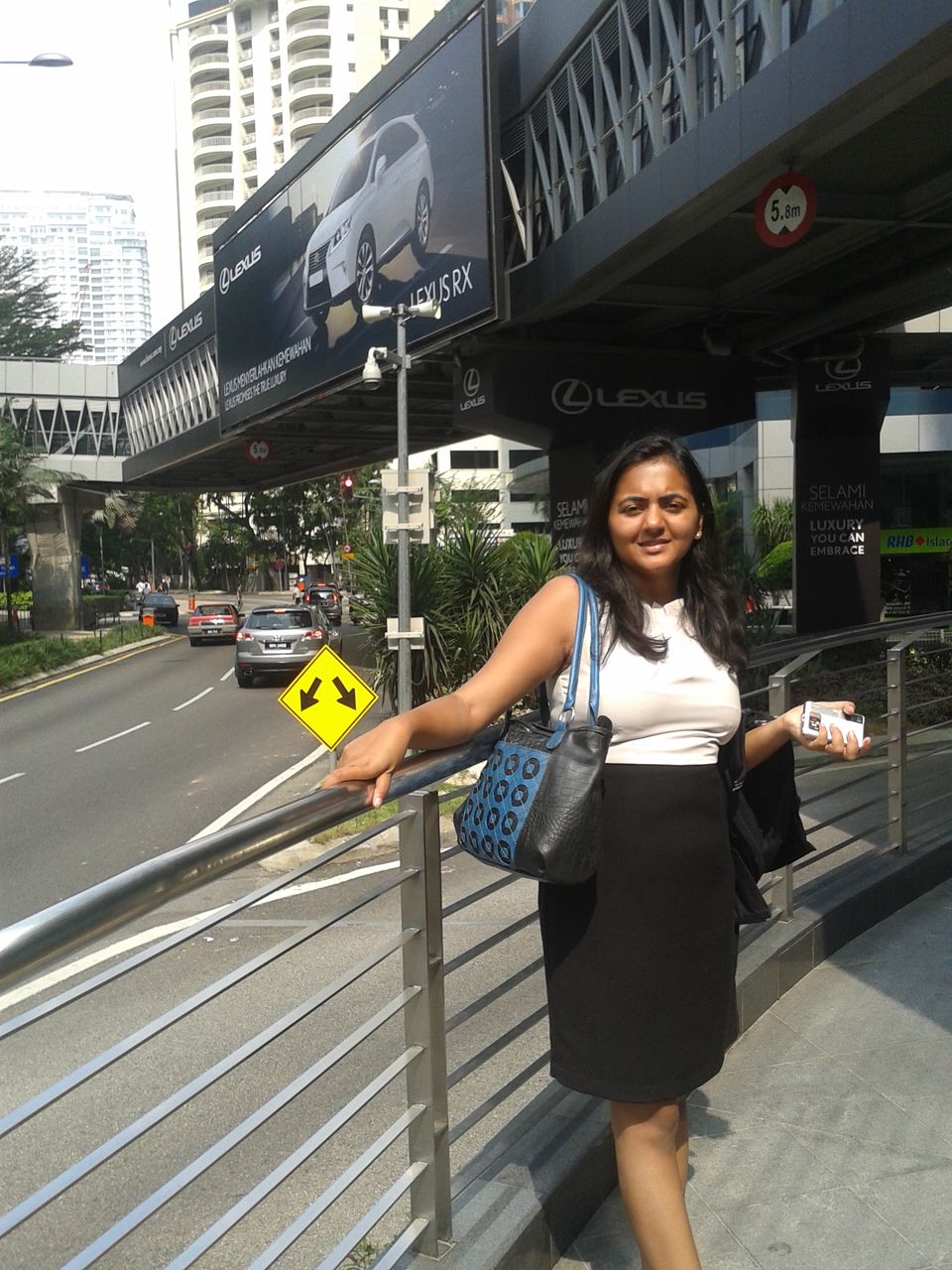 Beautiful cottages, removed from the city this place is calm and quiet and beautiful. 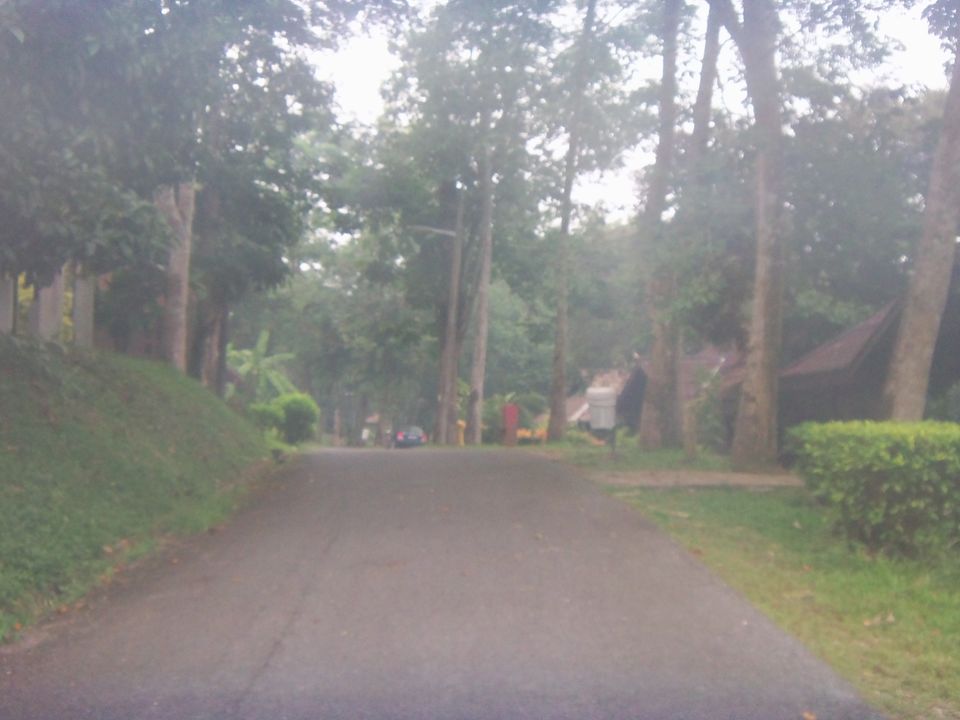 What a fantastic space! It is a hub for all forms of local transport, the MRT station leads into a mall if you want High street fashion, houses Little India just beyond the mall for the conservative soul, or anybody missing a piece if Chennai! The monorail to the airport truly makes Sentral an extremely cool place. And this is where you come when you want to take buses to get out of the city!

Some Iced tea to go! 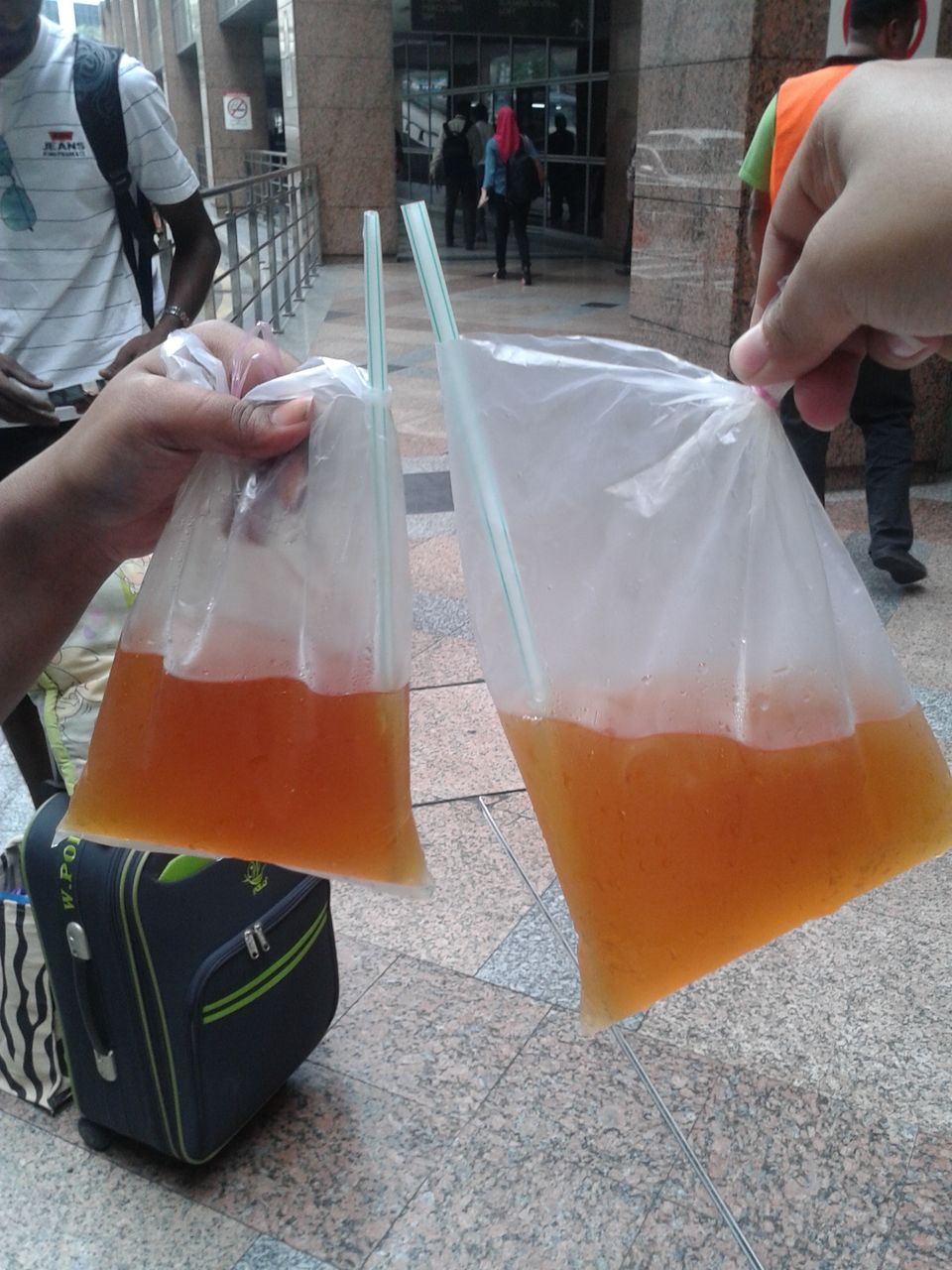 A tiny airport! You get off the plane and walk to the terminal! Great place to book your tours and for some last minute duty free shopping! The airport houses only a couple of stores and a couple of places to eat -not a great place to spend hours at.

Yup, you walk to the terminal 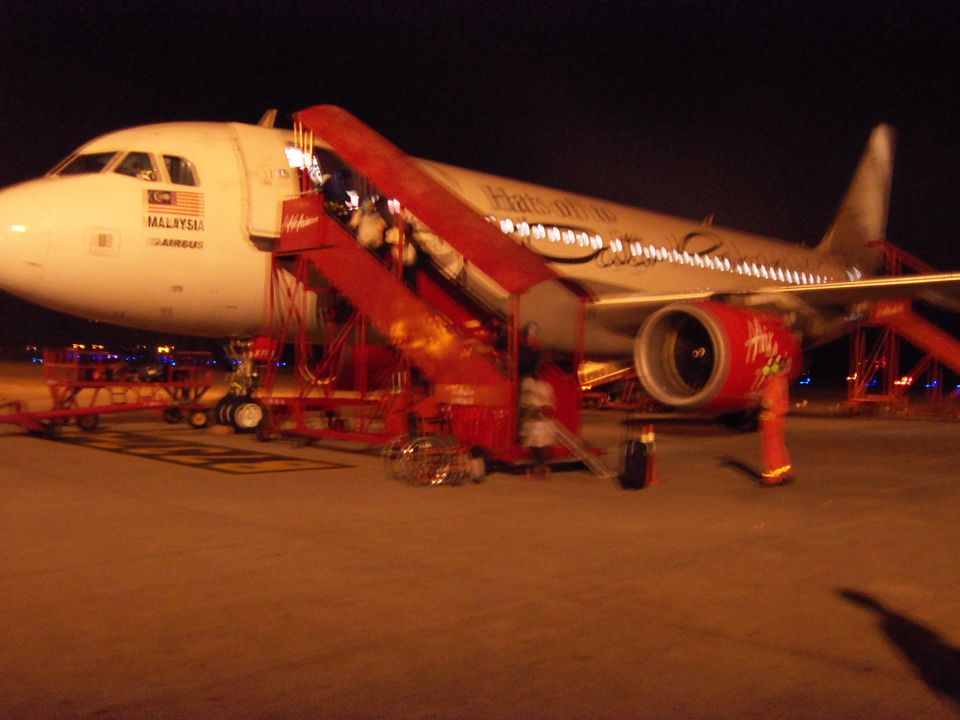 White sand beaches, black sand beaches, the iconic ropeway(especially attractive to a Shahrukh Khan fan),eagle square, the ferry terminal, the resorts and the general atmosphere are great for rest, relaxation and a whole lot of fun.

On a boat, this view 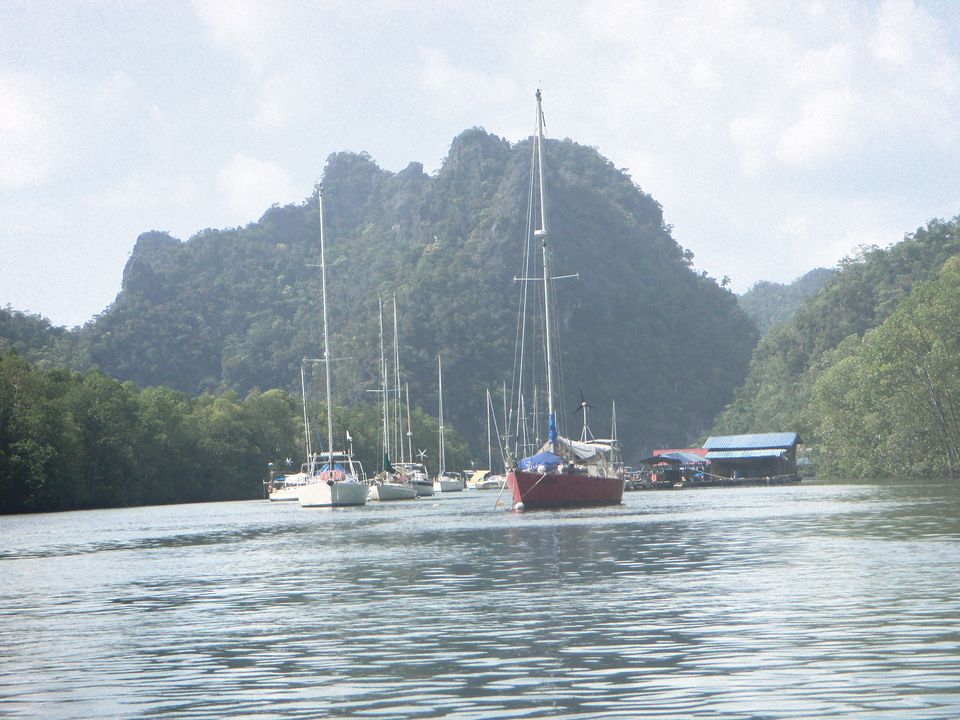 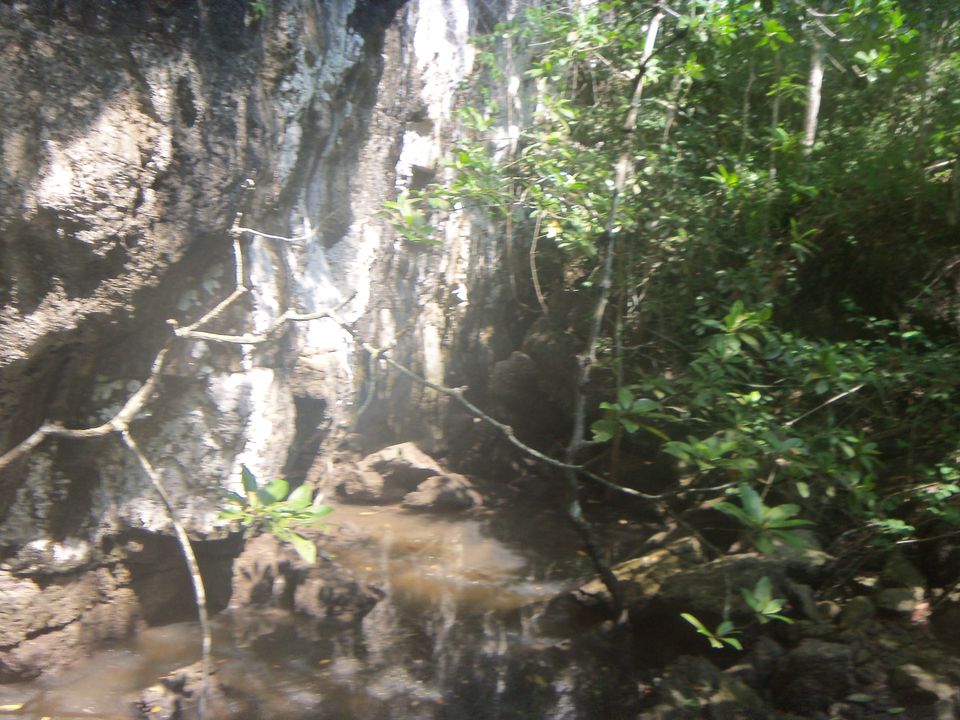 A great place to just de-stress and relax. The duty free shopping is an absolute must if you are interested in buying chocolates, perfume and/or alcohol. walk around to find some kitschy stores, factory outlets and spas. The beaches are quiet and the sands are almost white. A lot of tours start around this area. 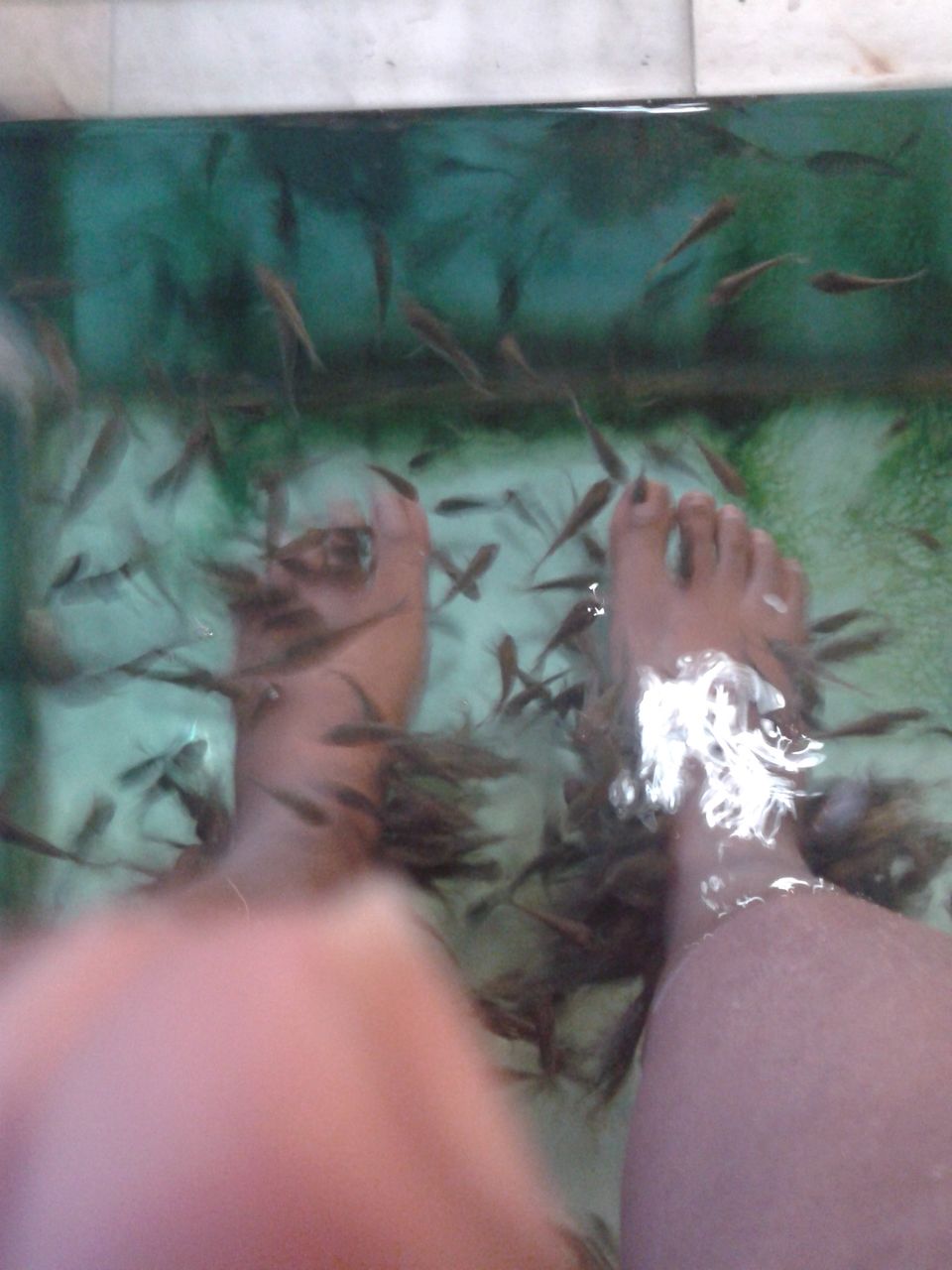 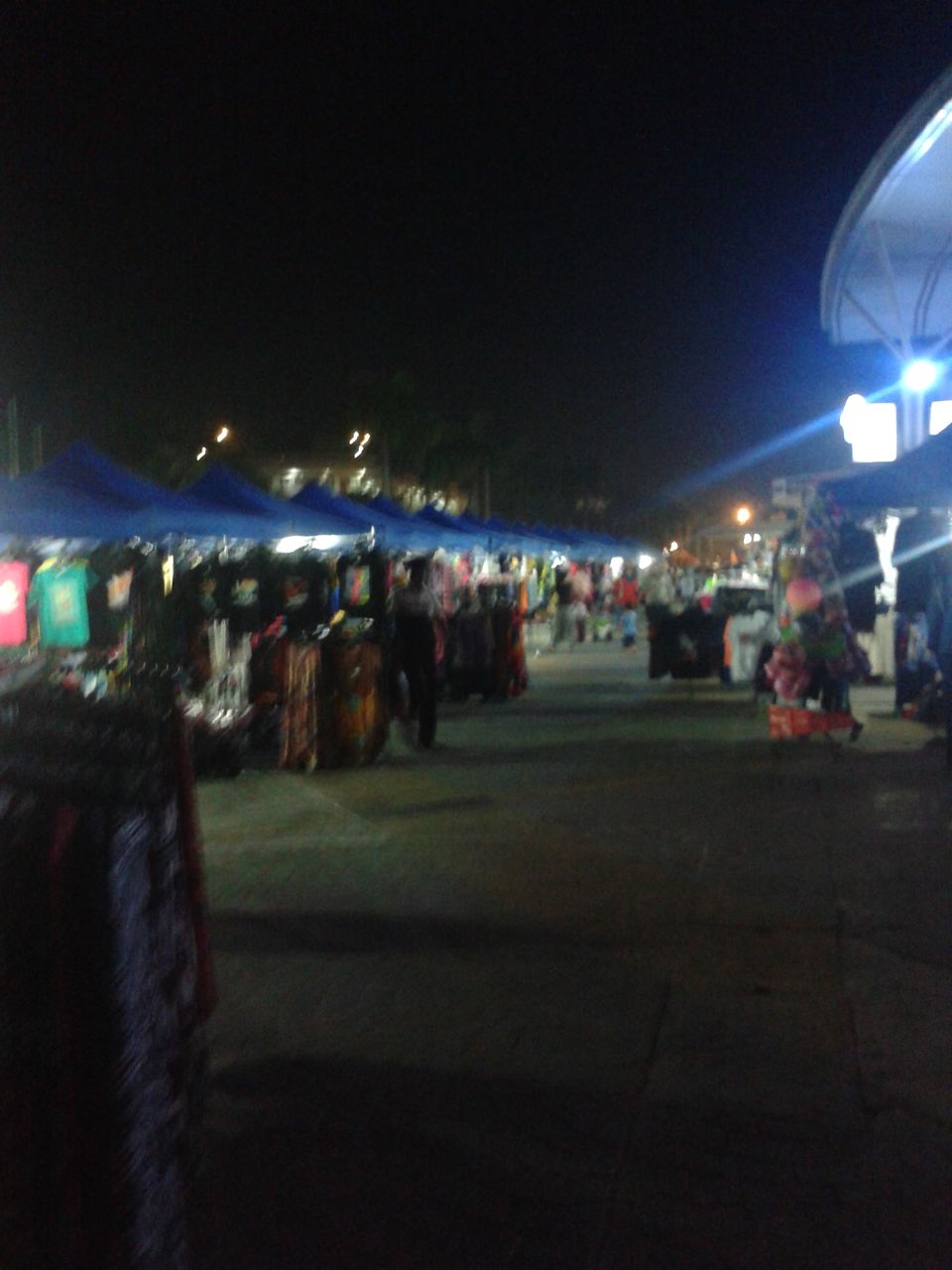 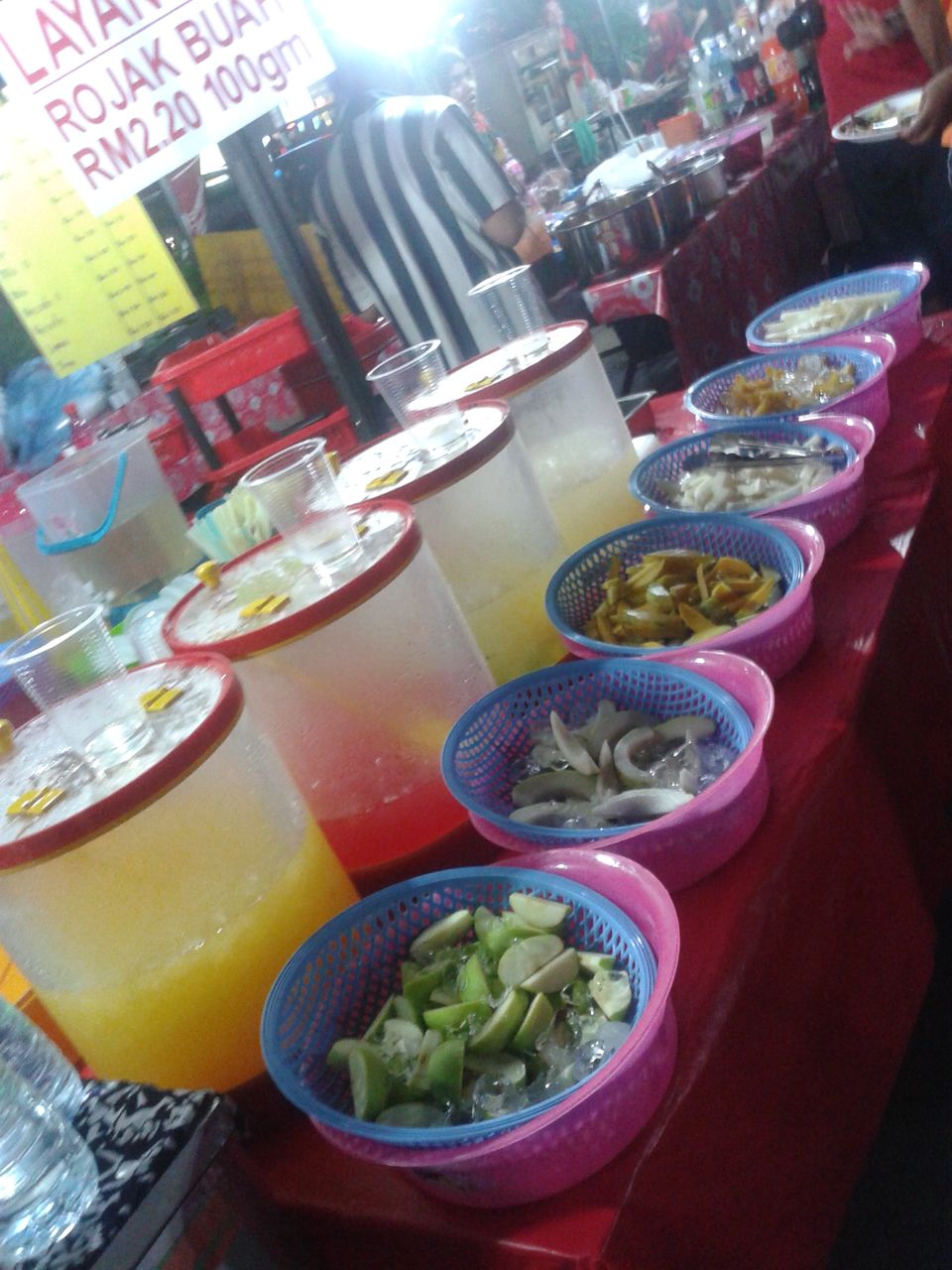 The temple is small, clean, simple and pretty ,set against a beautiful backdrop. Be sure to dress modestly. 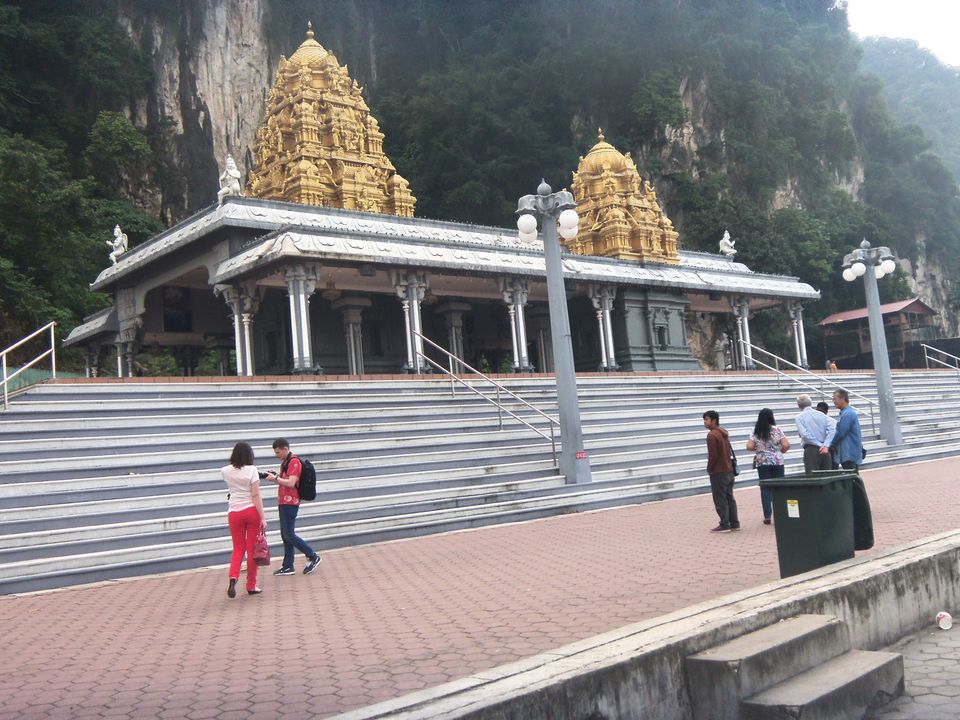 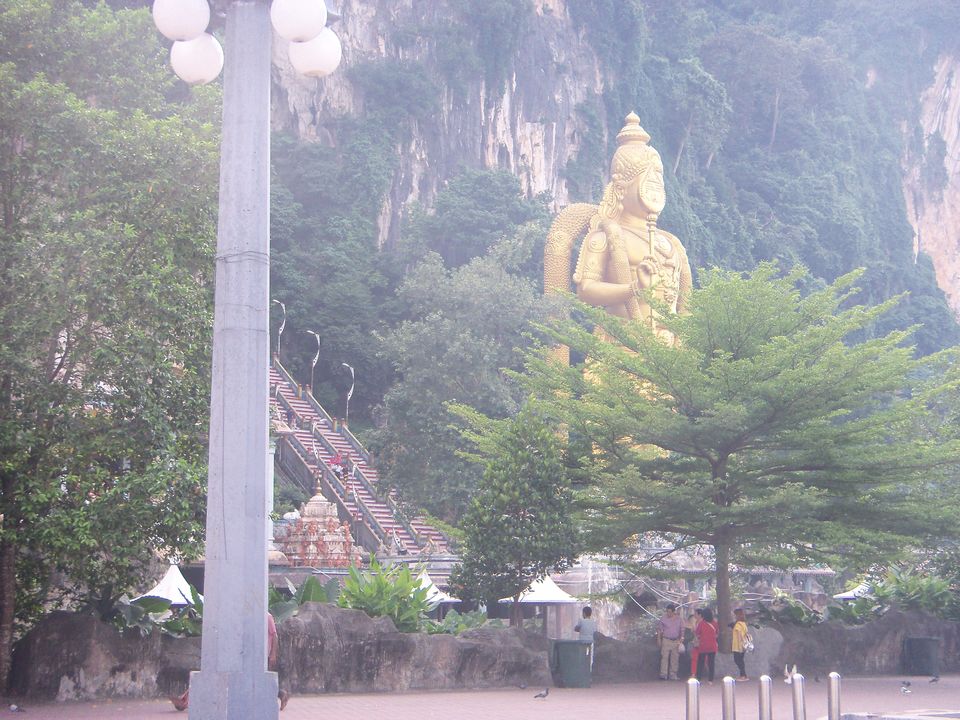 say hi to these cuties on your way up 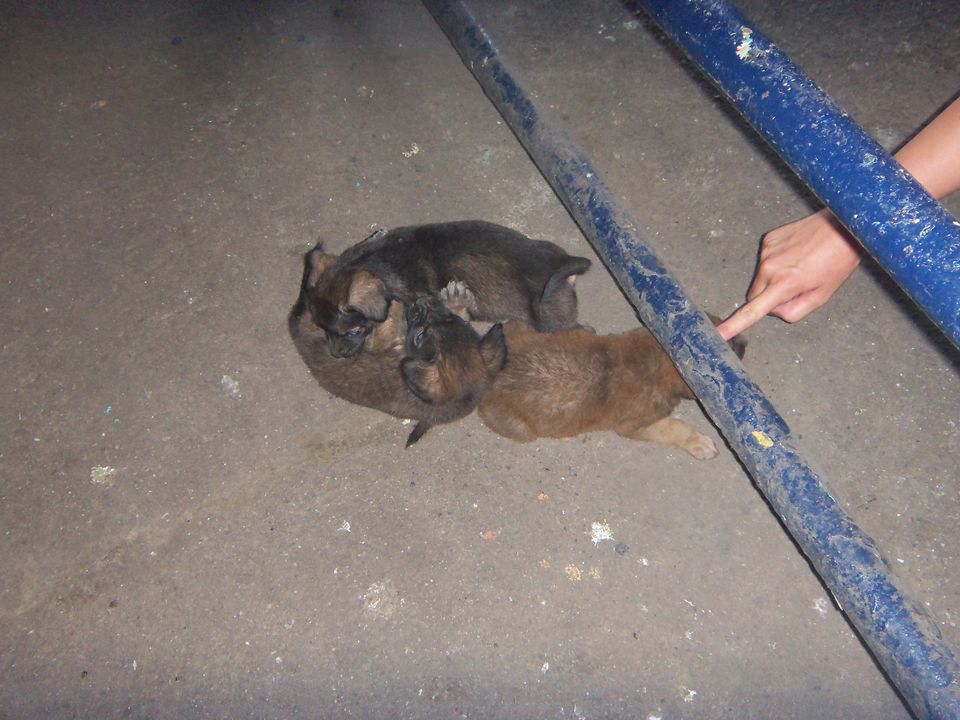 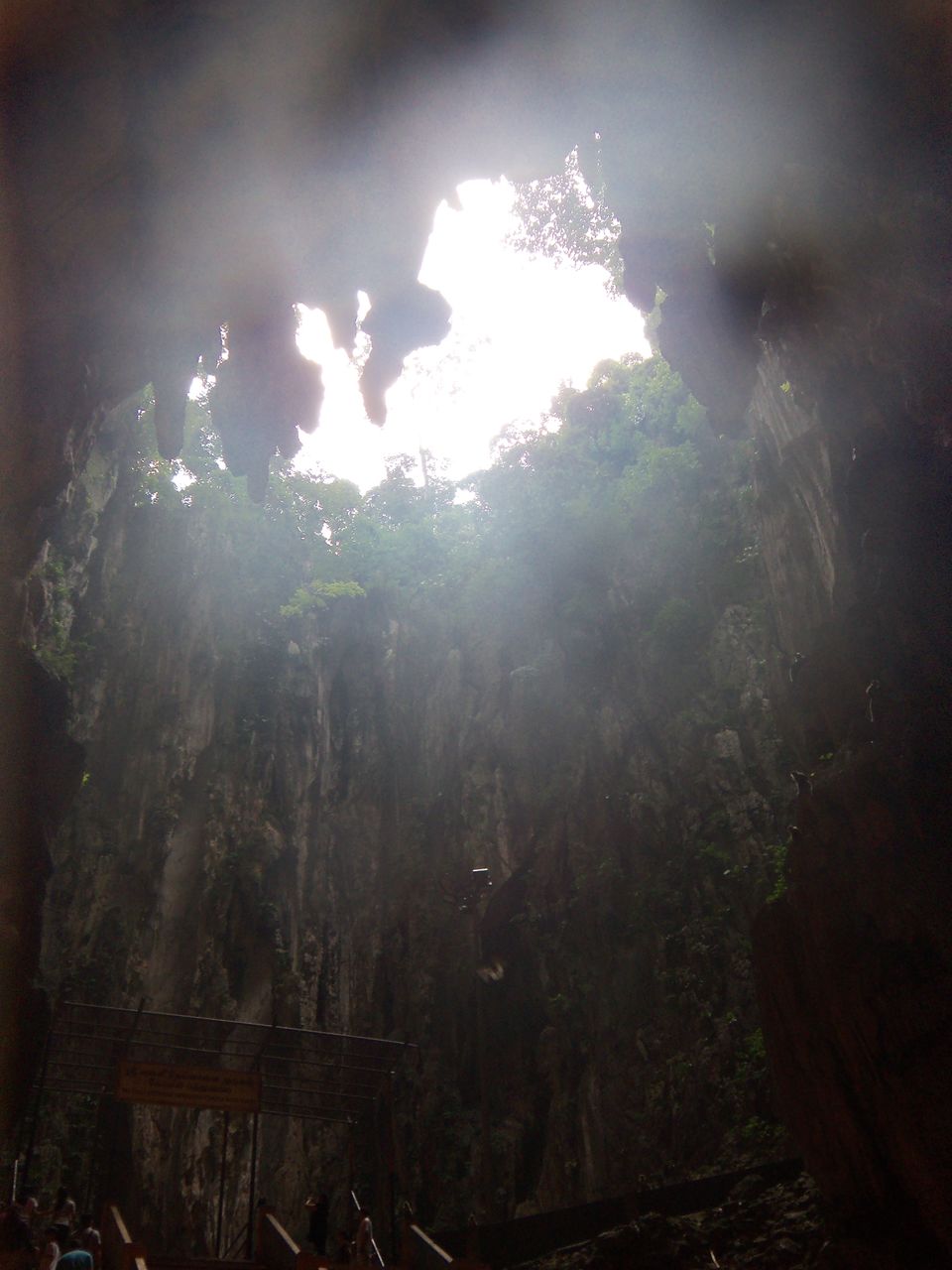 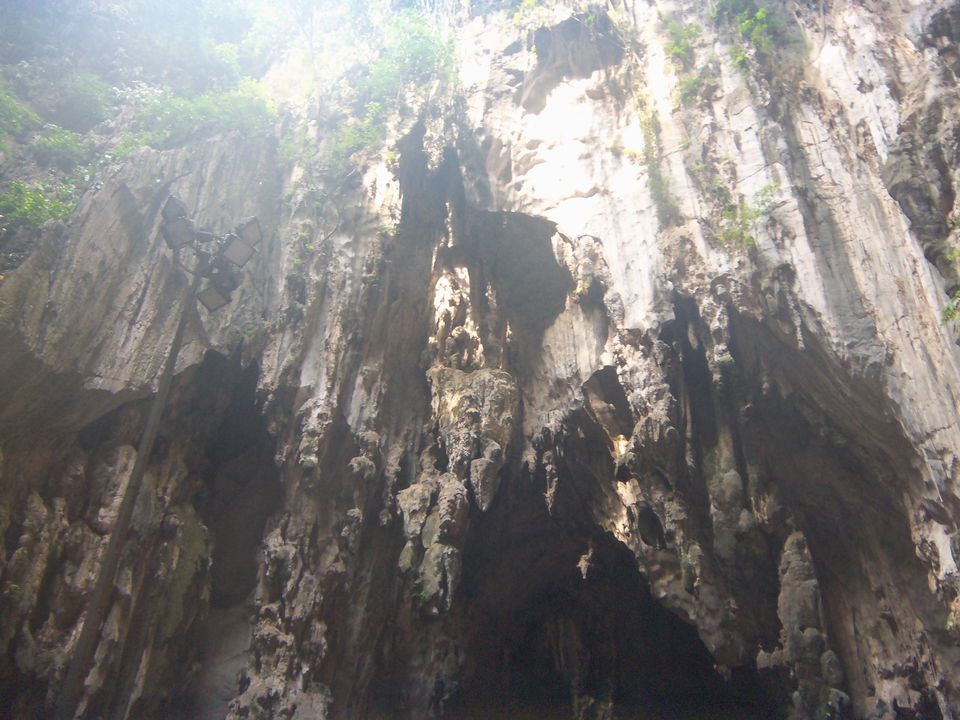 Great place to buy knock offs, amazing contrast to the malls and the Golden Triangle. If you are looking at buying little baubles, souvenirs, imitation Michael Kors handbags(they have others as well but MK knock offs are closest to the genuine ones), some quirky clothes. You could also just observe the Chinatown area.

Chinatown Lanterns - The more things change, the more they remain the same 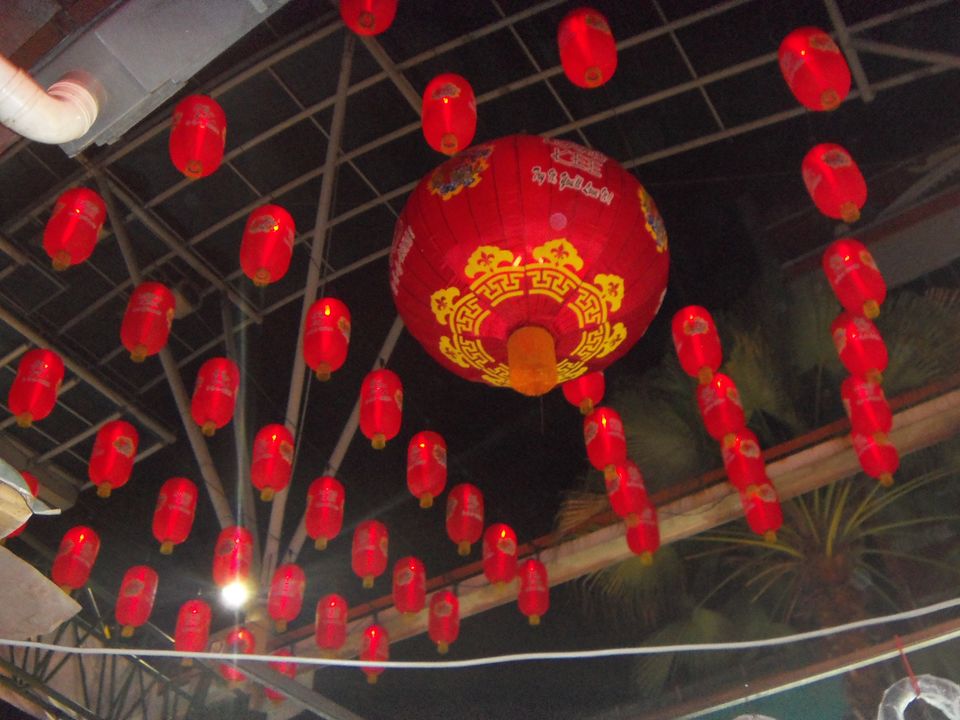 The closest KL has to a Disneyland, only it also houses a casino! 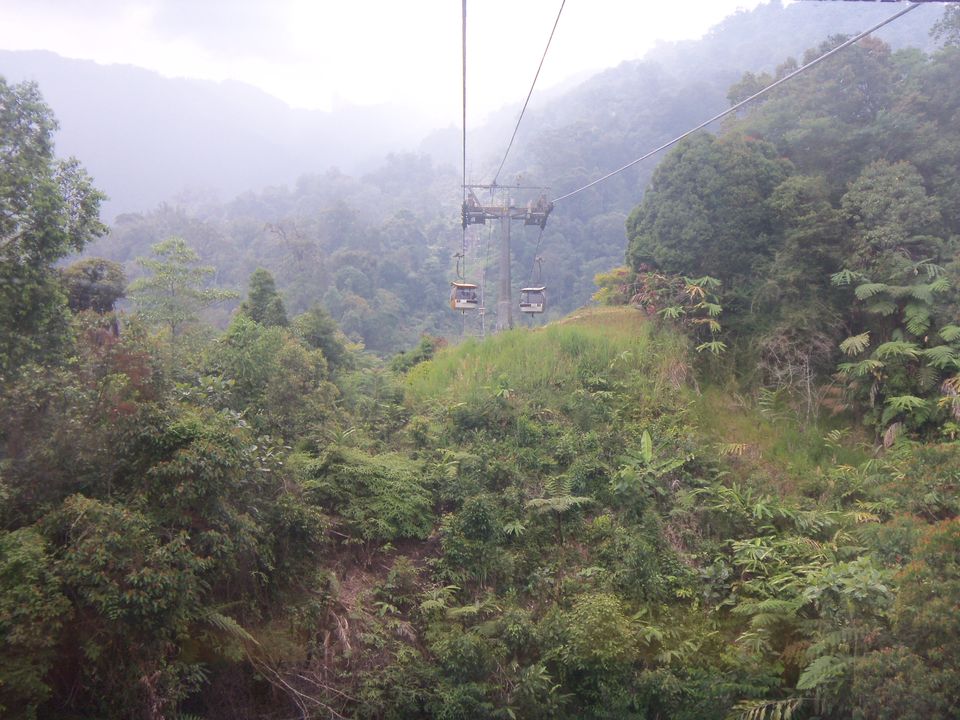 A great melting pot of various cultures, part modern-part traditional, KL is an interesting city. The public transport system is widespread and effective, making it easy for tourists to get around.

The view from the apartment, a steal, all thanks to Airbnb 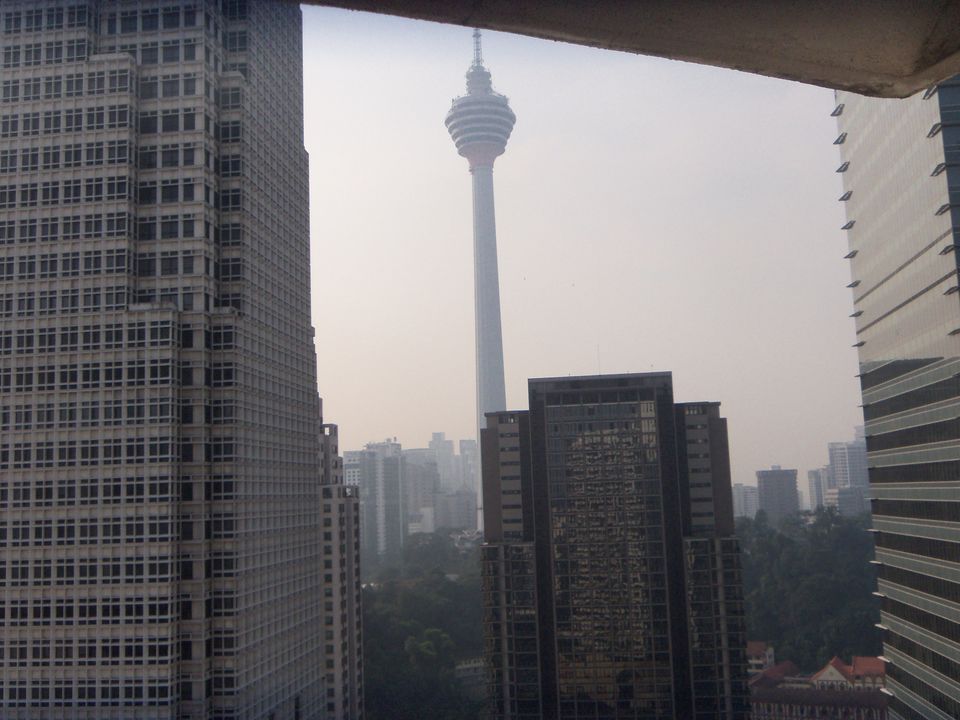 Offers great views of the city, coupled with great food and cocktails.

What a fantastic view! 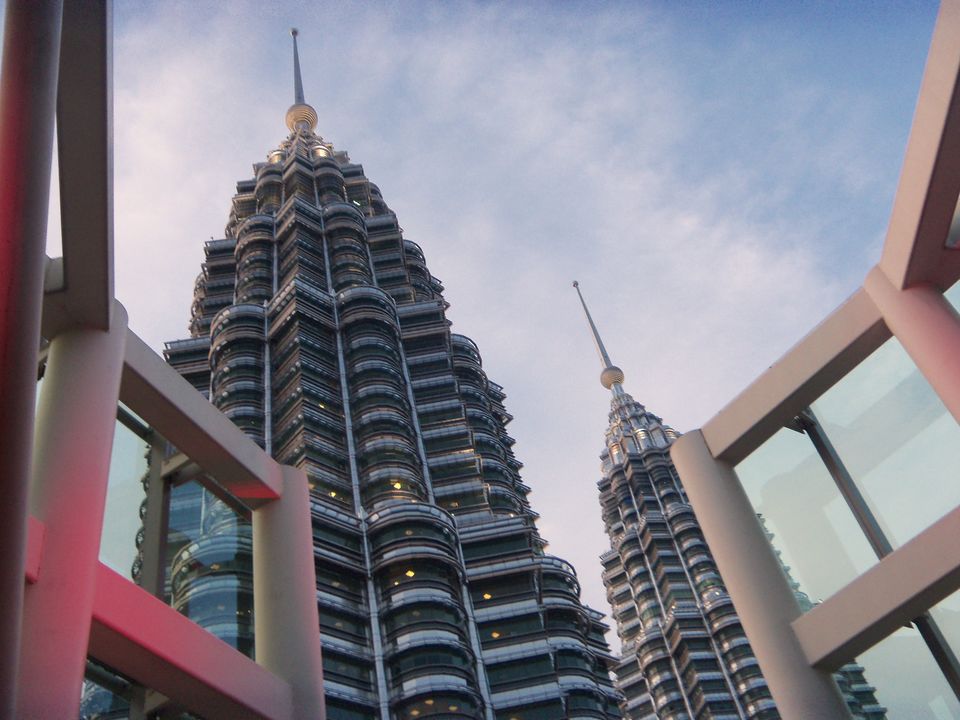 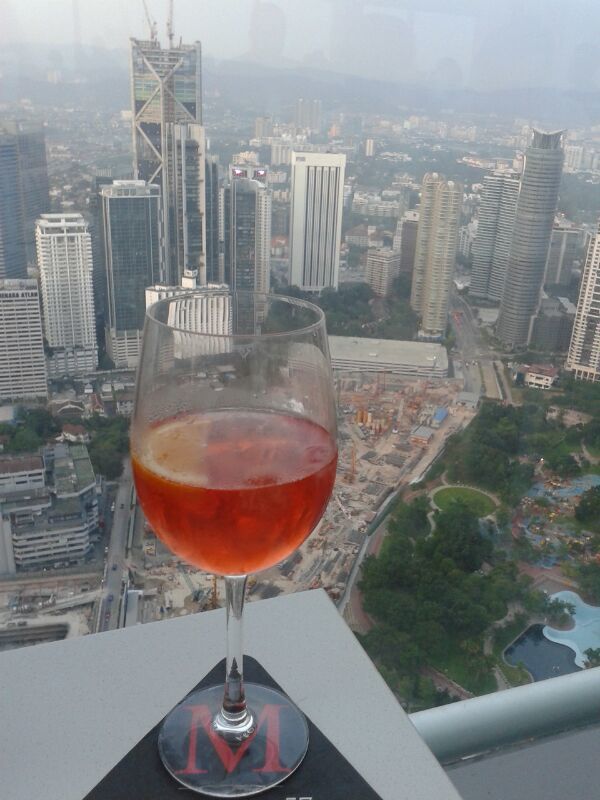 An ode to Cesar Pelli's brilliance, the towers are the face of the cosmopolitian, high paced and modern side of KL 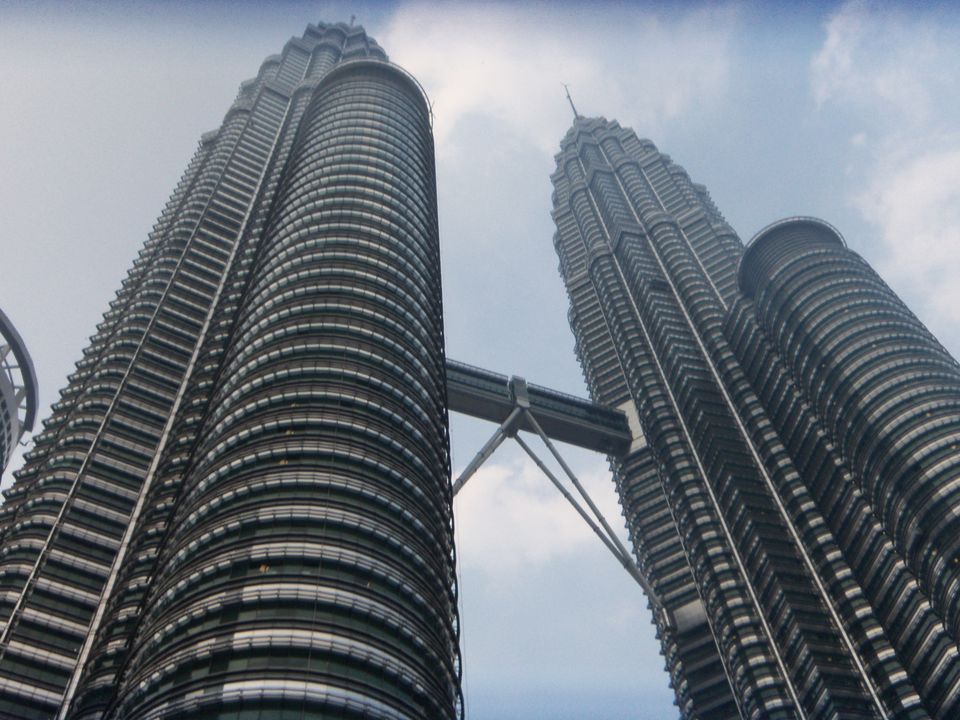 Saved the biggest icon for the last day 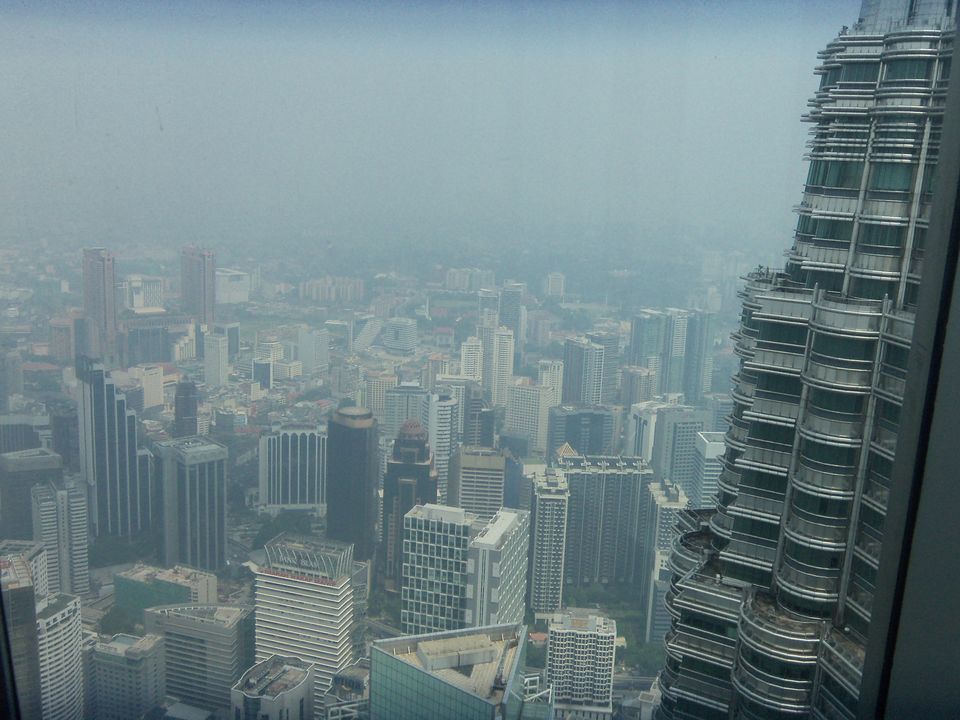 Ripley's Believe It or Not

A fun museum,albeit a little smaller than the ones in the states it completes your hedonistic experience at Genting Highlands.

Let your inner child out 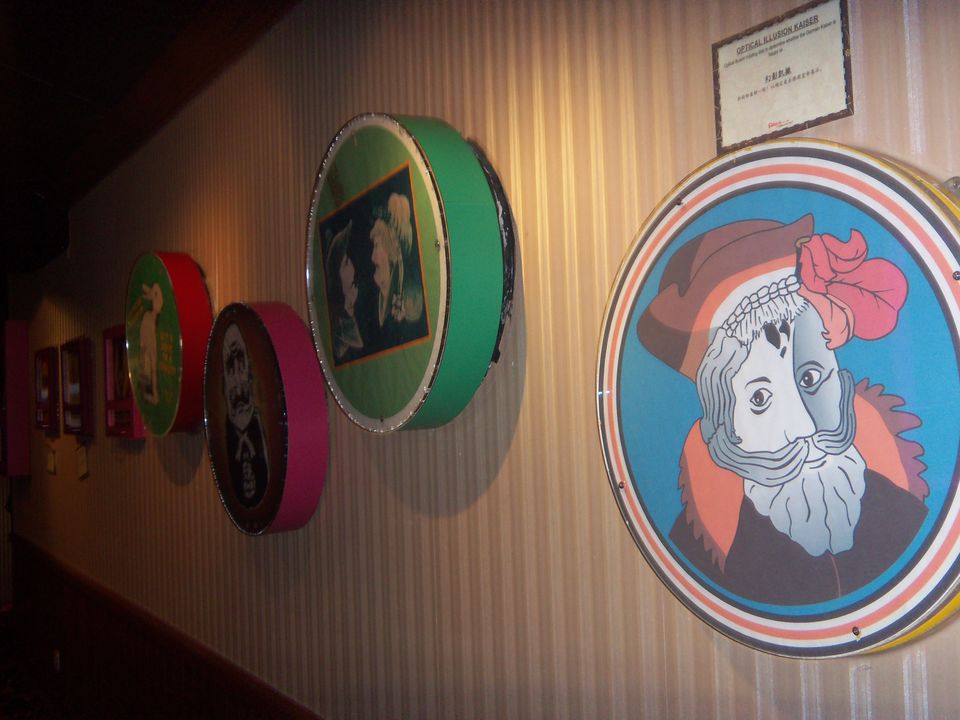 Looks like a bus stop, feels like one too, but it does a great job connecting this city with South East Asia

The journey that began at this funny, funny airport 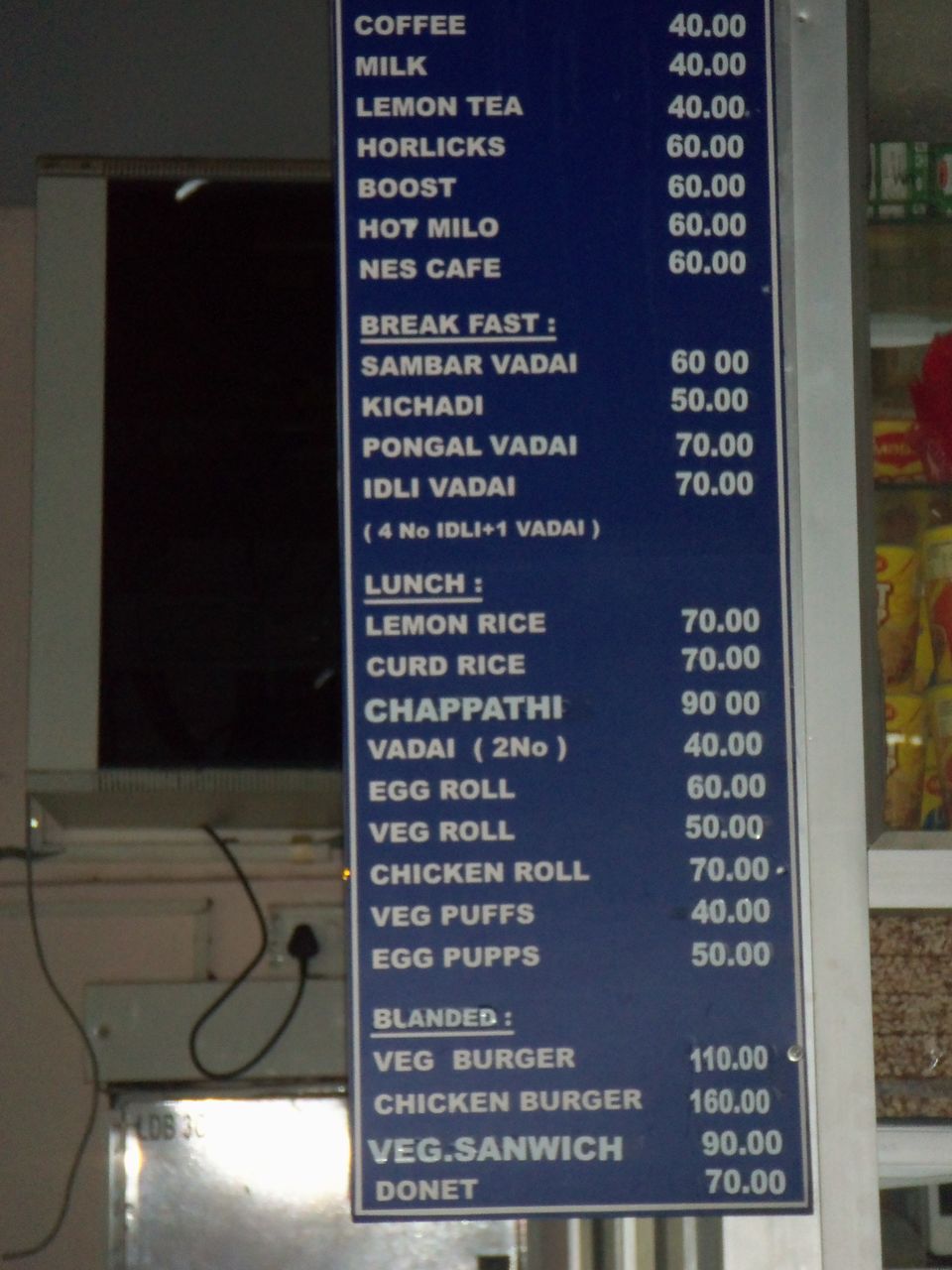