Kuntala falls: Of nature and legends 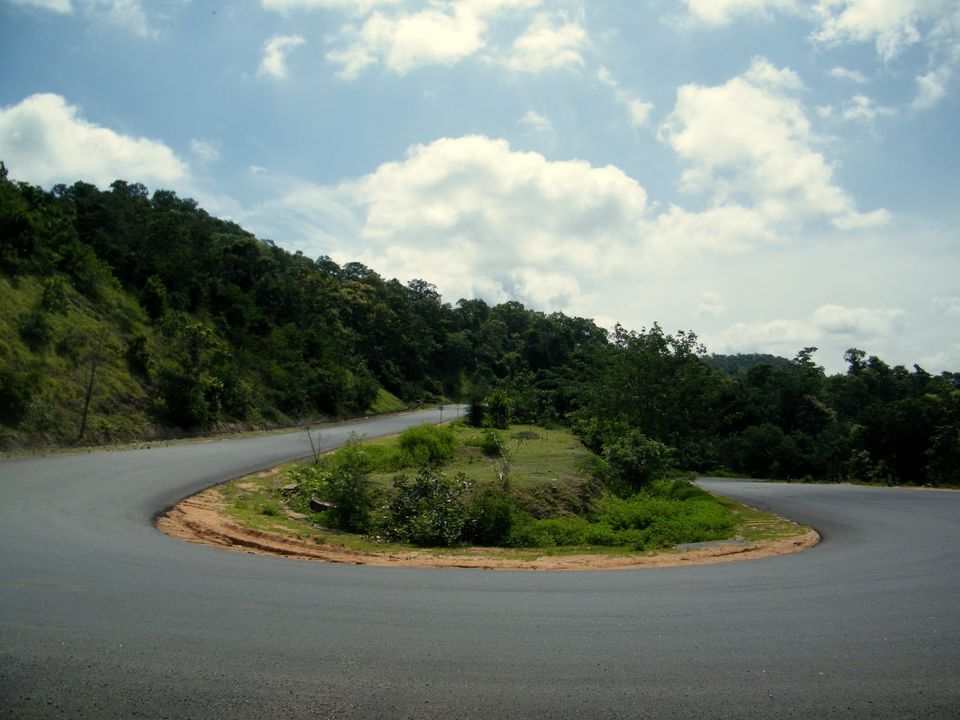 Kuntala waterfalls won't exactly qualify as "unexplored." Situated on Kadem River in Neredigonda mandal, the falls are pretty well known to people in and around the sleepy town of Adilabad. Some of the more curious, adventure seeking minds, and outdoor enthusiasts from Hyderabad are also familiar with the place. That said, it's not exactly a place that you would find on the regular tourist map of Andhra Pradesh.

I came to know about this place through a stroke of good luck. A photographer friend of mine managed to eavesdrop on the conversations of some of his colleagues in the office about a great waterfall where they went to do some landscape painting. Following that lead we checked the road, the distance, and other necessary information on the omniscient web - mainly via Wikipedia and Google Earth/Map (Ahh the many pleasures of Google Earth). The road was good enough and about 300 km from Hyderabad -in short a perfect day trip.

So the following Saturday we started early - at around 6 in the morning. After a few breaks in-between to have tea, snacks, and breakfast we hit the highway in earnest. The road soon zoomed through a verdant green landscape, dotted occasionally with an ox-cart here and there. A little later a small hill popped up and the smooth road winded up it. After crossing the hill it fell into a slightly bumpy stretch of road - one of those forking roadways that lie in parallel to the new (and great) Indian highways and act as a reminder of years gone. The car nudged ahead for a while before we hit the highway again.

We reached Nirmal City at around 10 and stopped there to have some breakfast of local variety before resuming our journey again. Kuntala was near from here, but not on the main road. So after asking around a bit and paying about Rs 300 in toll tax we took a road that traversed straight into the fields, below an over bridge. After driving for about an hour more we finally managed to reach the Kuntala Falls. Rather the top of it.

It was a kind of a hilltop. A flat space that could host a number of vehicles. From there one needed to descend down about 500 steps before reaching the base of the actual waterfall. The concrete slabs went spiralling down through a largely lush shade and as we started the walk through it the sound of water roaring down started to become more and more audible.

The 147 feet tall Kuntala Falls, the tallest in Andhra Pradesh, came down in two layers - out of the Shiva's Mound at the upper layer and then into a deep, crevice-like pit in the lower rung. A kind of silty brown rock created the bed for the waterfall. It was quite slippery and dangerous to stand on the rocks near the waterfall and swimming in the pit below was not the safest of options.

Horizontally the water cascaded down in three separate streams across the rock wall with the first being the dominant of the sources. The third stream was partly hidden by a slightly uppish edge of the rock. The brownish wall with the white streams looked particularly stunning on the day, especially against the backdrop of an azure sky and white foamy-head clouds that were floating in the background.

In the basin itself the water meandered through a rocky and forest-laden landscape. The base was strewn with boulders of large and medium size and it was covered with a green overgrowth of large trees. The wall of the hill, again thickly covered by greenery, was guarding the bank near the edge of the third stream.

If you were curious enough to look down you could find semi-fossilized dead leaves and some colorful insects near the pit's water. If you ventured near the base of the fall, could also find crystal embroidered spider webs like the following one:

In short, if you are the outdoor type and looking to explore some off-the-beaten track place near Hyderabad this weekend, these falls can be right up your alley.

If you do a bit of a cyber-digging before going to Kuntala Falls, you would find a legend about this place. Shakuntala and Dushyanth, the parents of king Bharat came to this place, were mesmerized by its beauty, and fell in love with each other. I am not into history and legends, but it's not hard to imagine this as the meeting place of a semi-mythical king and queen, eons ago.

But may be there is a legend (and a story) about just about every tree, hill, and waterfall in India. 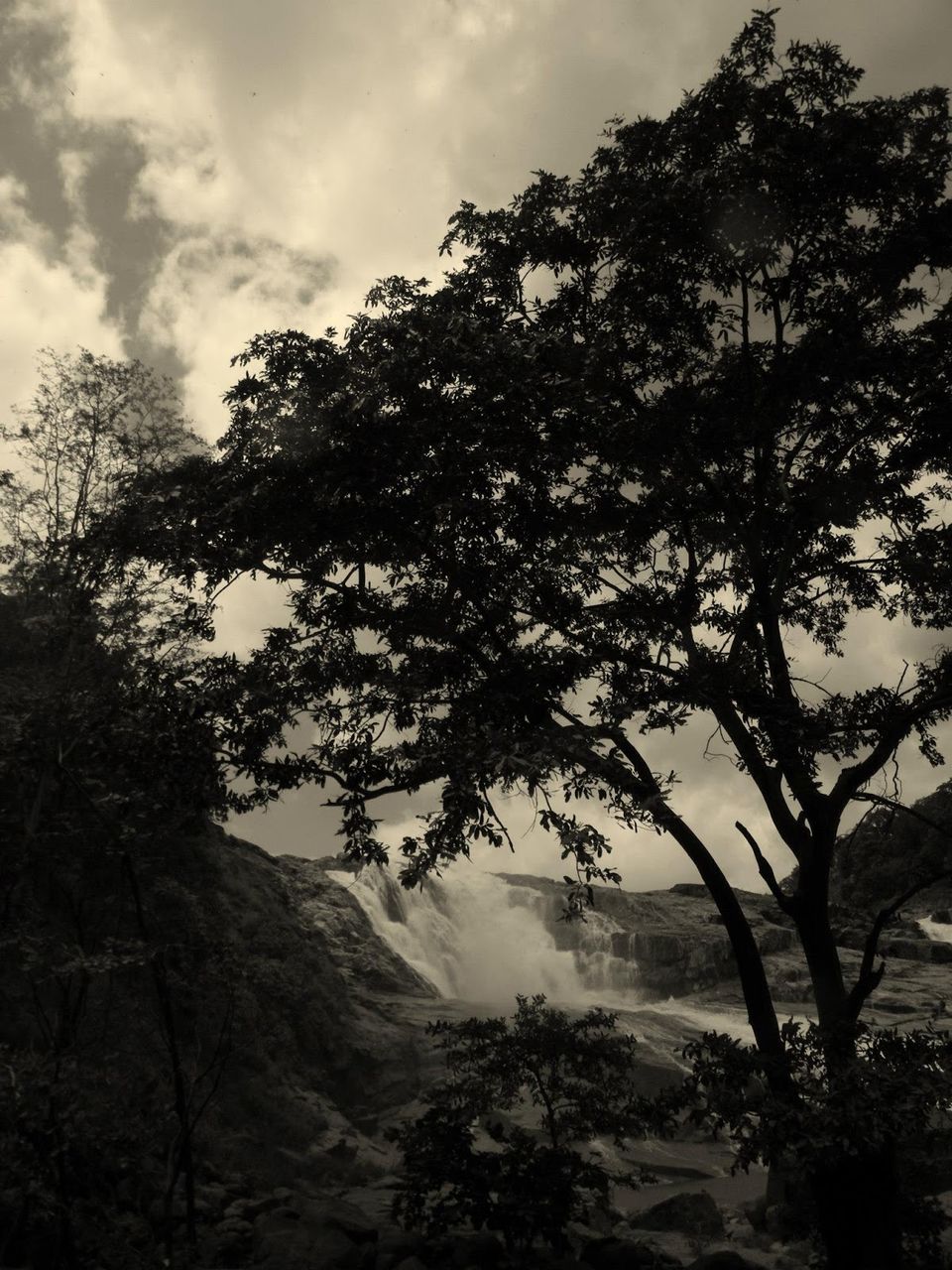