Barcelona : The Capital of Spain's Catalonia. A city so vibrant, so imaginative and creative, that it becomes an everyday challenge for the residents to live up to its expectations. Nestled between the mediterranean and the mountains, it houses the famous FC Barcelona football club as well as amazing architectural wonders by Antoni Gaudi. Even Pablo Picasso spent his early youth years in this vibrant city. One of Europe's hottest destinations for tourist, Barcelona is slowly catching the pole position to become the most loved city in Europe , trying to topple Paris in a strong duel.

My trip was a randomly decided trip on a lazy winter evening. I had plans to go elsewhere but it got called off. so I called up my friend who lives in Barcelona, asking if he can host me for somedays. He was very kind and humble enough to welcome me with open arms and i immediately booked the ticket for the flight on 28th Dec. Landing in Barca was a strong transition from my normal Ciao to Hola ! My ears tried to calibrate to this sudden linguistic change and i was struggling with words to greet and meet the every jolly Spanish people.

My first day started of slowly. I only visited one site, Park Guell and was lucky enough to capture and frame the amazing sunset bathing the city. It was indeed a brilliant scene and i was happily sitting by the park watching this natural spectacle take place.

Day II : I started of in the late afternoon. My plan was to visit the club FC Barcelona and have a small tour of it. Being an avid fan of this famous club, it was indeed a dream come true for me. From the screens of Fifa and TV set to walking in Camp Nou,the feeling was priceless. I went there and was able to view the Treble Champion's cup trophies. Walking around in the club, i realized that the following day, they had 500th match of Lionel Messi and i spent a fortune buying the ticket for this once in a lifetime moment.

From Camp Nou, i headed to la Rambla (do note , be careful of the infinite and skilled pickpocketeers in this bustling place . ) This is considered to be the part of Barcelona famous for its nightlife. I went around walking in the streets , seeing and experiencing the various people and trying to blend in with the city. From the mystic flamenco music to the distant smell of Paella. This street indeed has a charm of its own. Walking head on from La Rambla, i reached the Barcelona port , called Catalunya. The nightview at the port was absolutely stunning and it was a pleasant feeling just sitting there watching the ships anchored, their lights glistening in the waters and their masts swinging in the Mediterranean breeze while you gently sip away on your canned Guiness.

Day III: I started by going to the beach with my friend from America. We spent sometime on the beach, had some Shrimps in Garlic and olive oil and some gelato. It was a good experience to spend the late morning in the beach, the water was indeed super cold to go in, but the weather was good enough to enjoy the sun. We then returned to the city centre and went to the stop called Espanya. There is one tower here, which takes 1 euro to climb up, and we reached the top of the tower to view the whole city from there. Then we walked to the the Arts Musuem right at the end of the street at Espanya and saw the sunset over the city. It was an amazing view and i have taken some pictures to prove my words. I had to hurry back home because of the Barcelona vs Real Betis match that i had at 20:30. .. The match was amazing and the feeling was beyond any words to describe. Able to see your favorite football club, your favorite footballer play in front of you on his 500th appearance was just priceless.

Day IV: i went to La Sagrada Familia, Casa Mila, Casa Batlo, all of these Gaudi's amazing masterpieces. It sure is a heaven for architects from all across the club. the design and architecture of the city is really stunning. covering all these places almost took me the whole day. in the evening i went to the beach again and was lucky enough to get some candid shots of some performers.  the beach where i went was called Barceloneta and it has got one of the best views.

Later i went back , freshened up and went to Espanya for the New Year's Celebration and the fireworks were just amazing.

The next day i went back to Milan, and i do know there are many things still left to see in Barca. But who said this is the only time one should visit , there always has to be something left for the next time . ;) 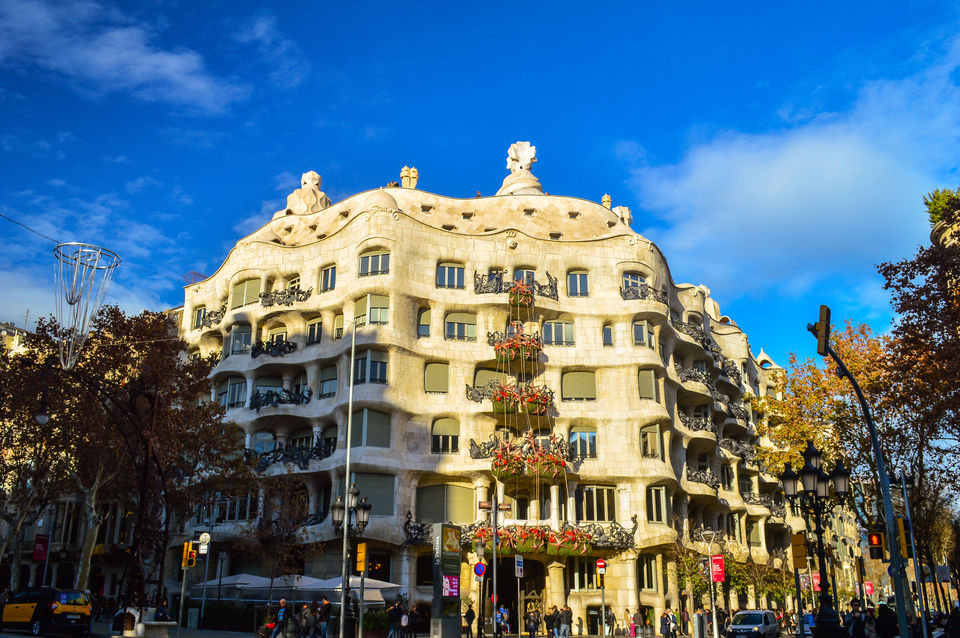 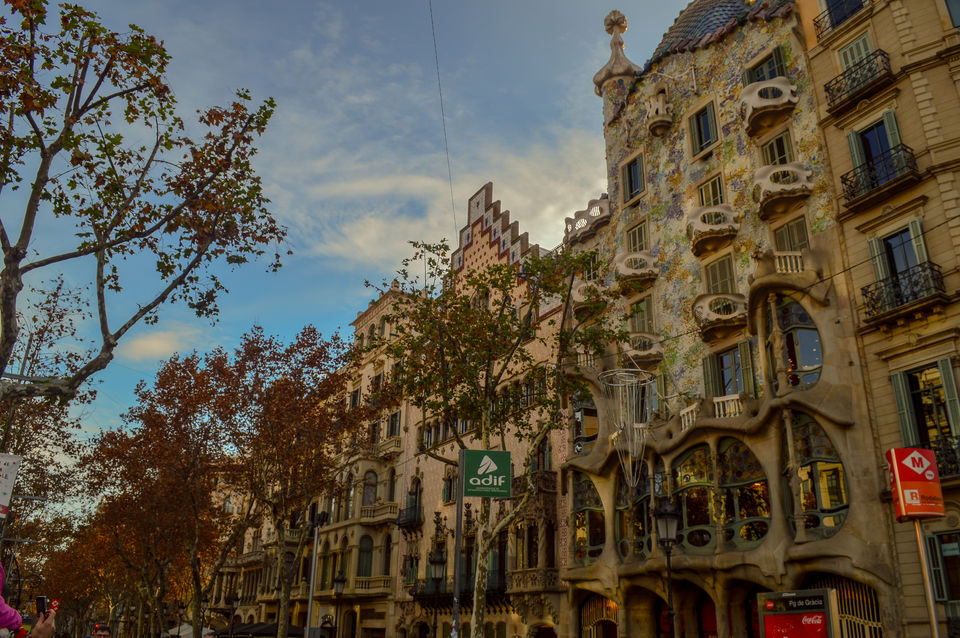 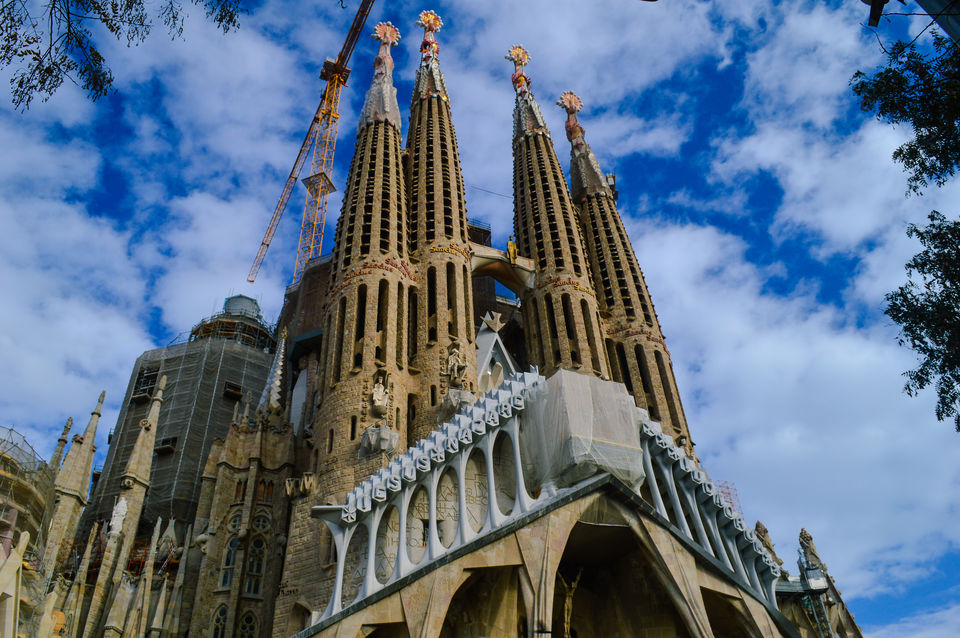 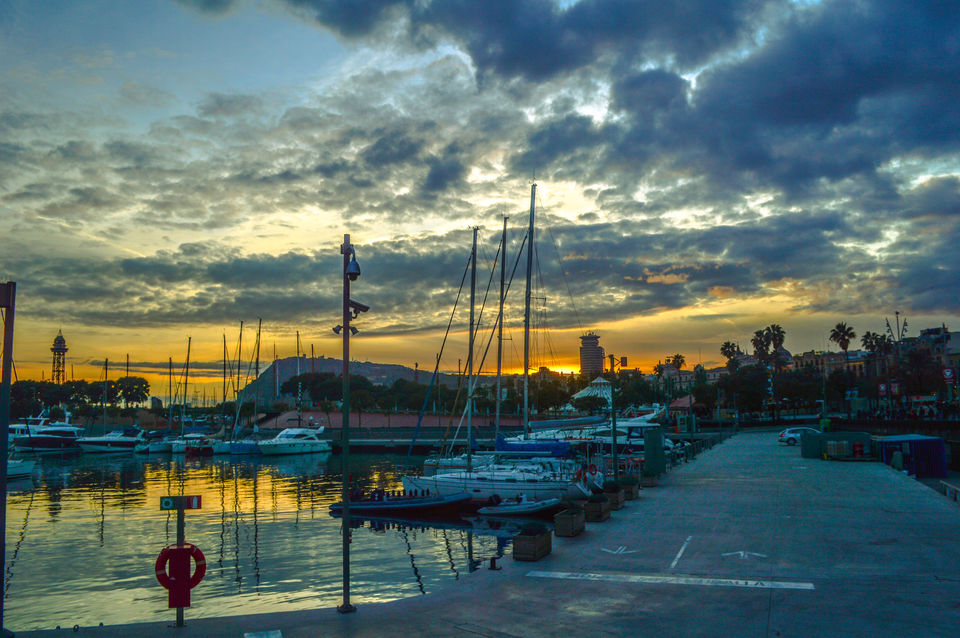 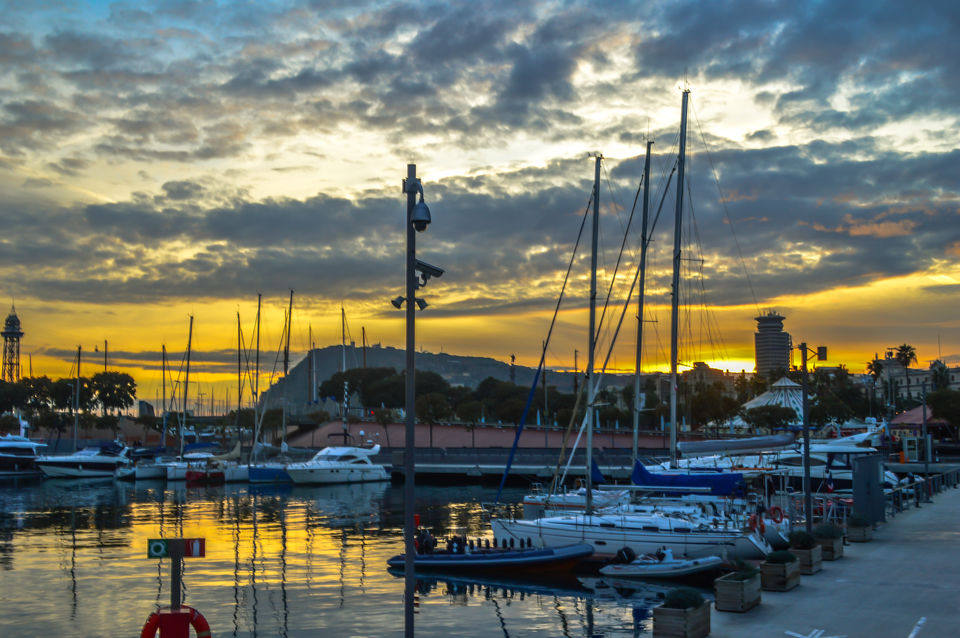 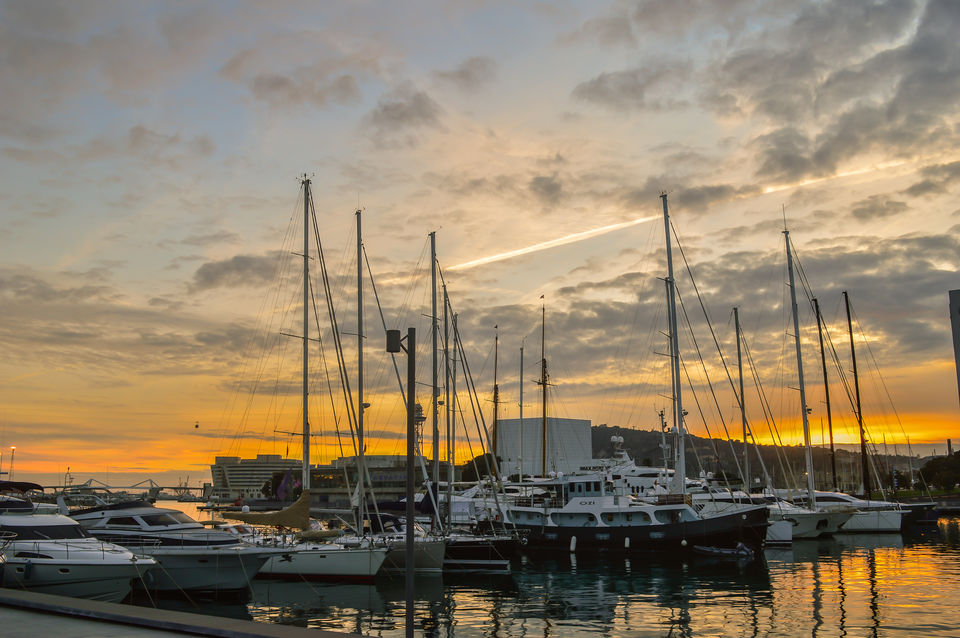 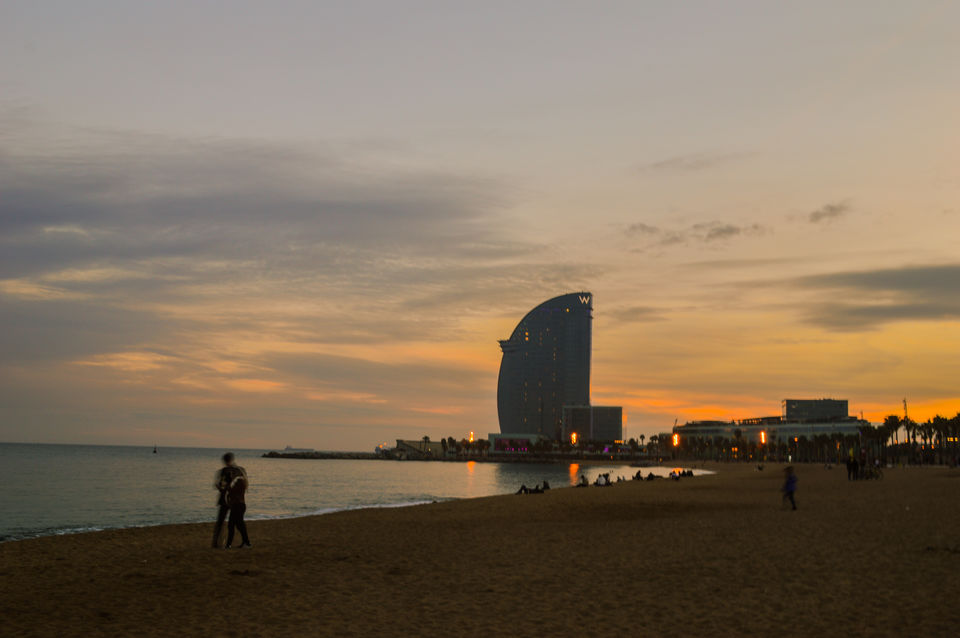 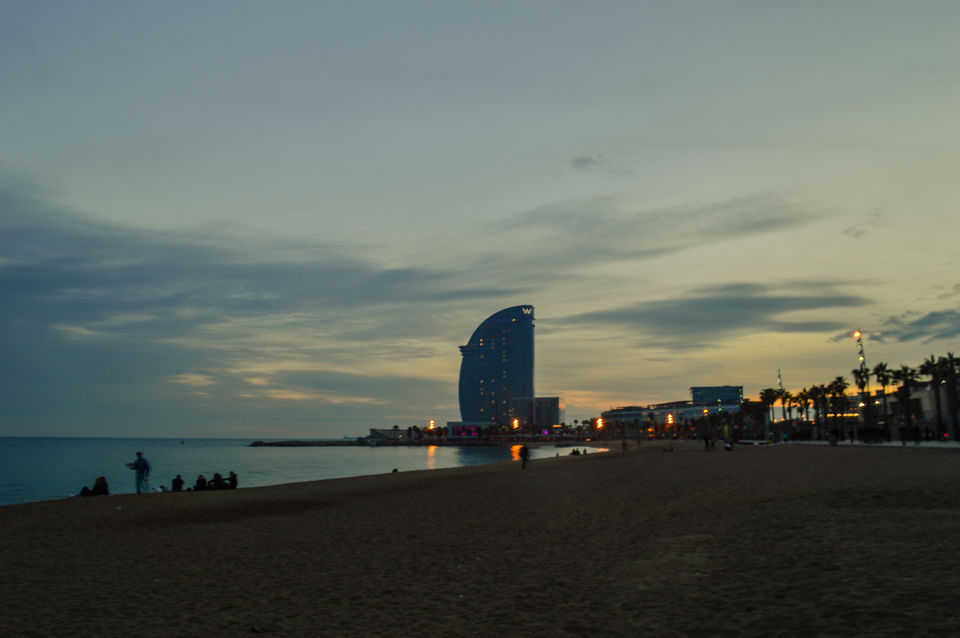 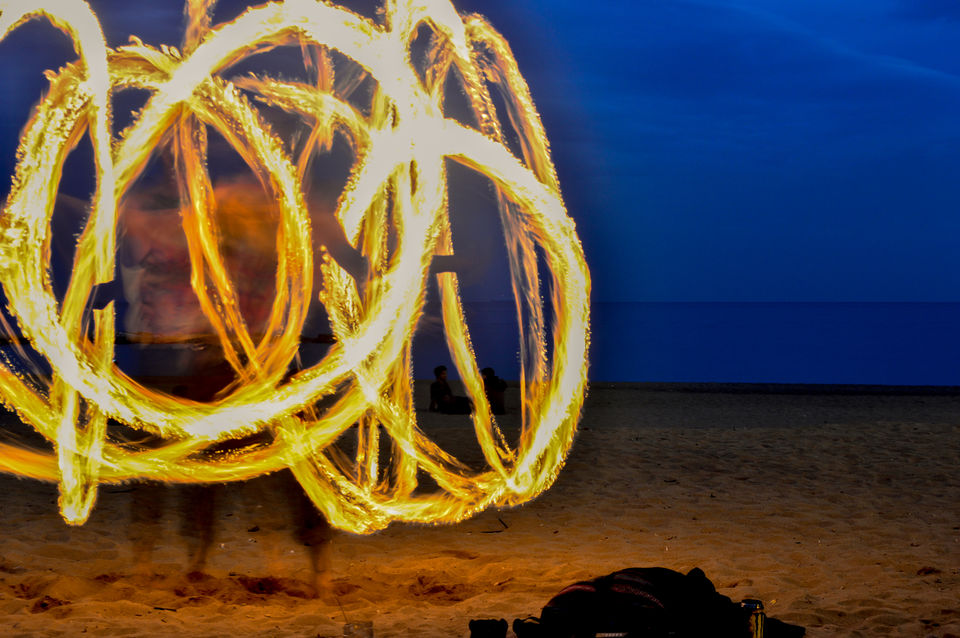 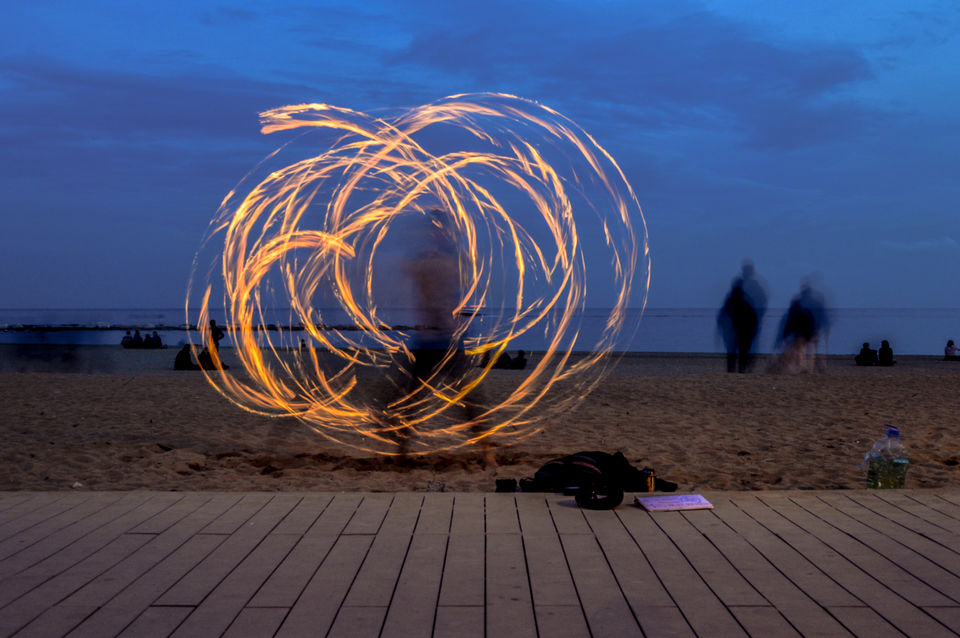 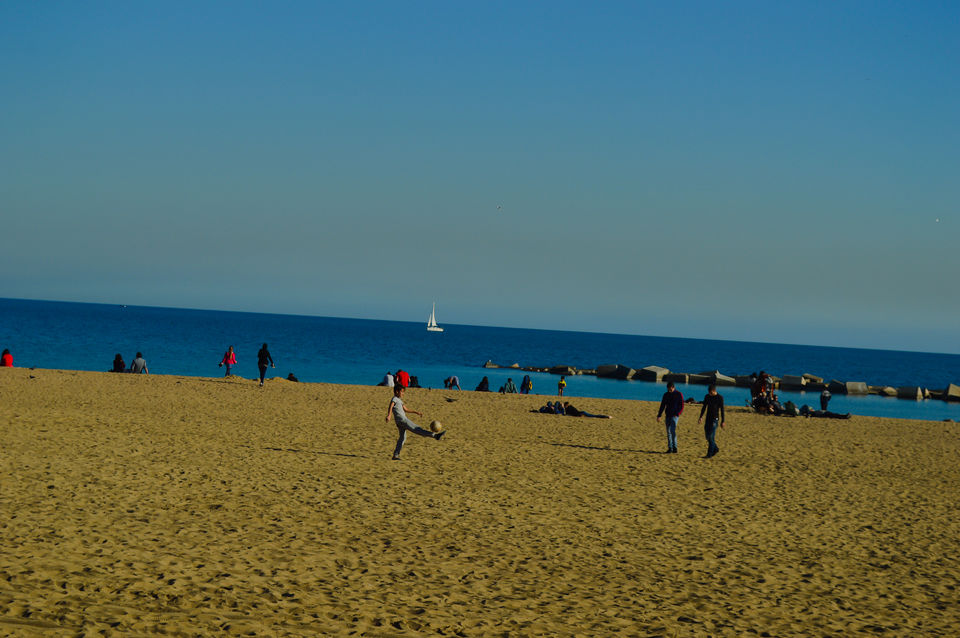 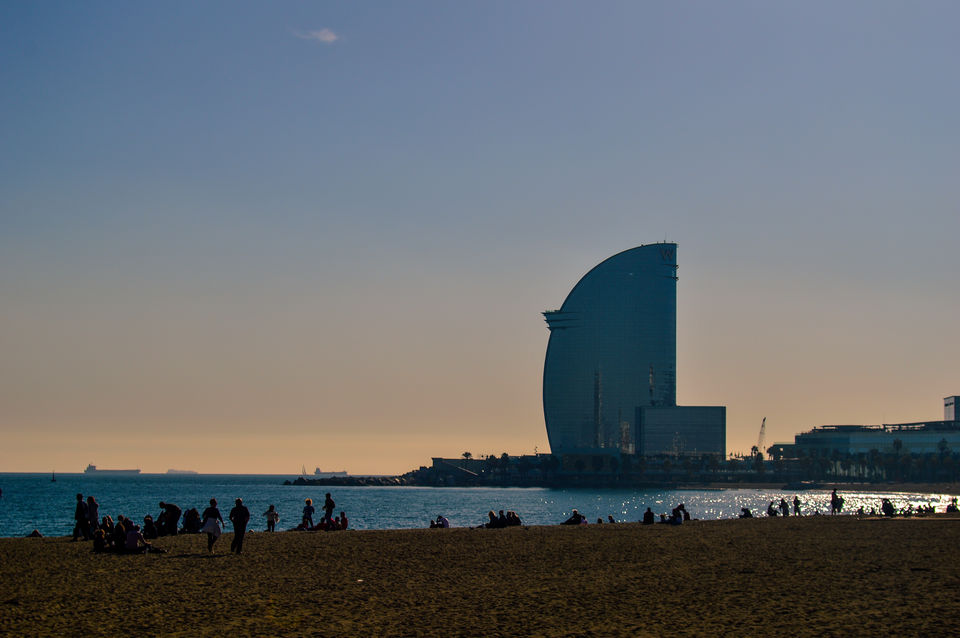 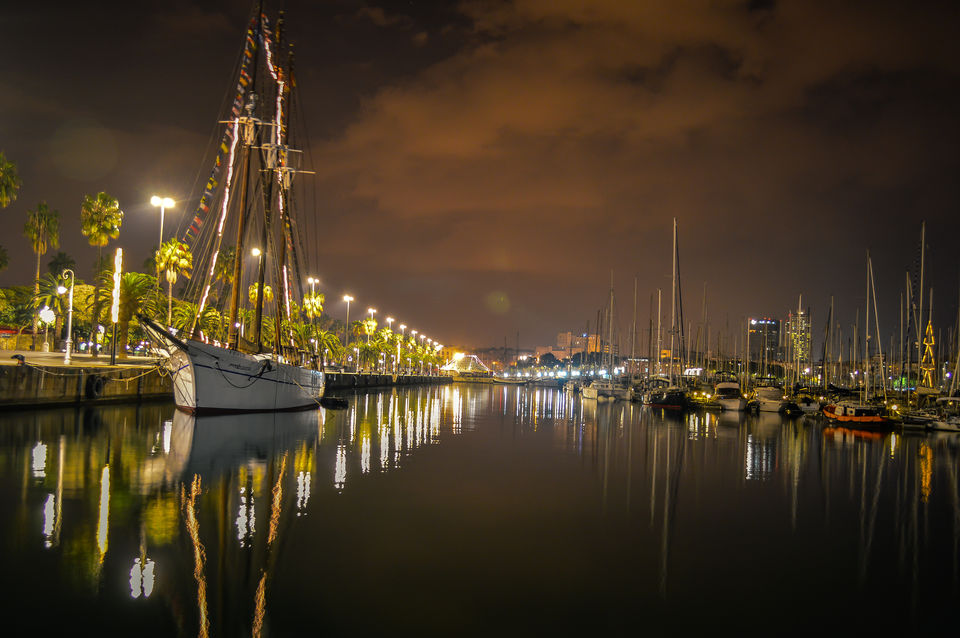 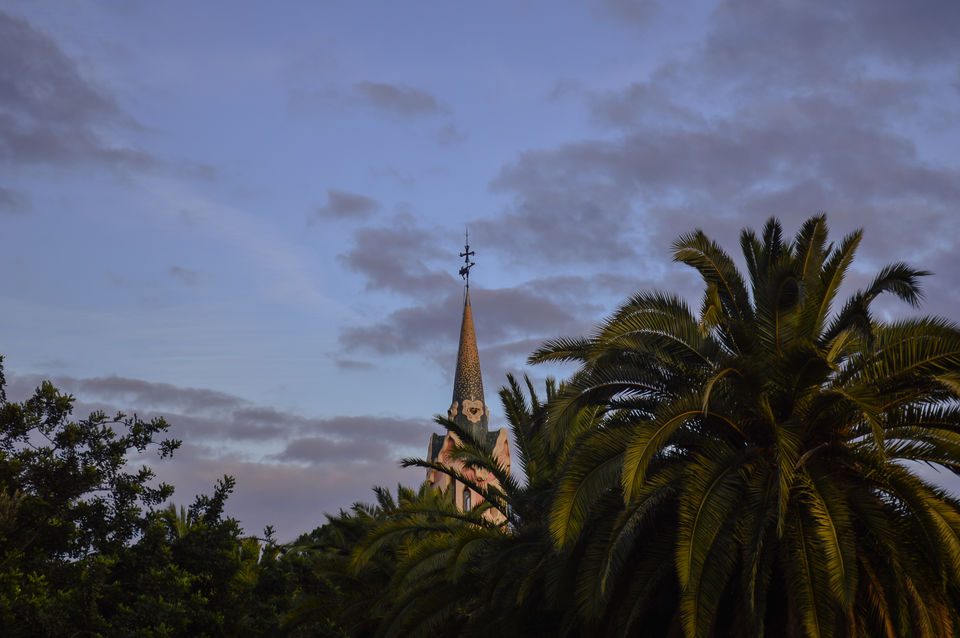 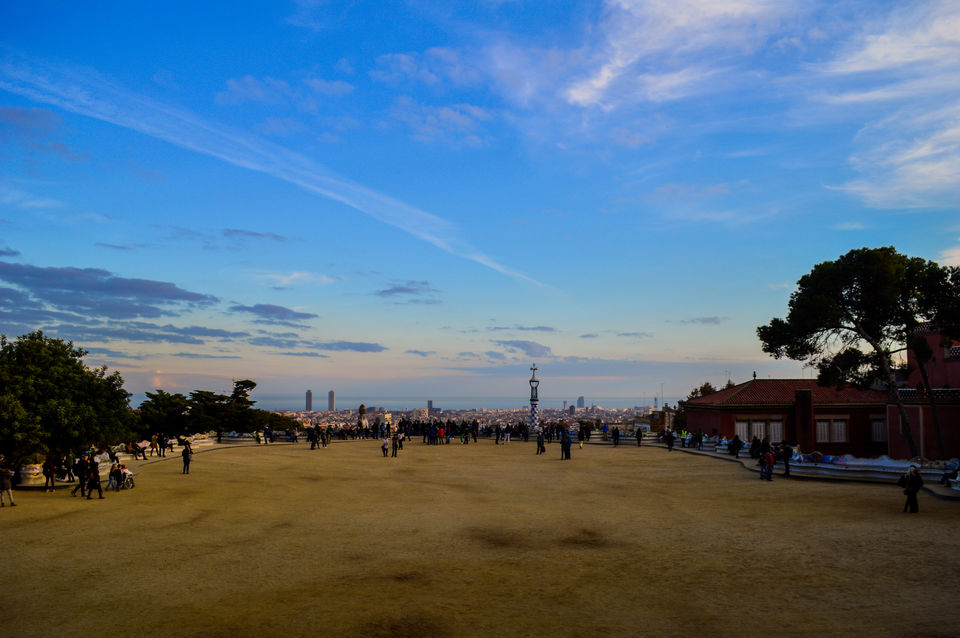 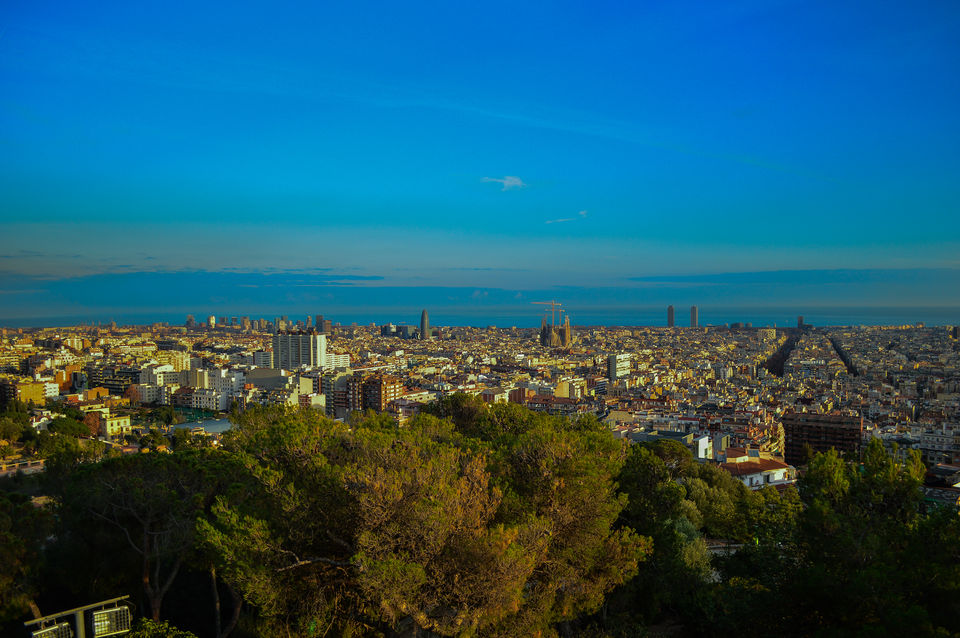 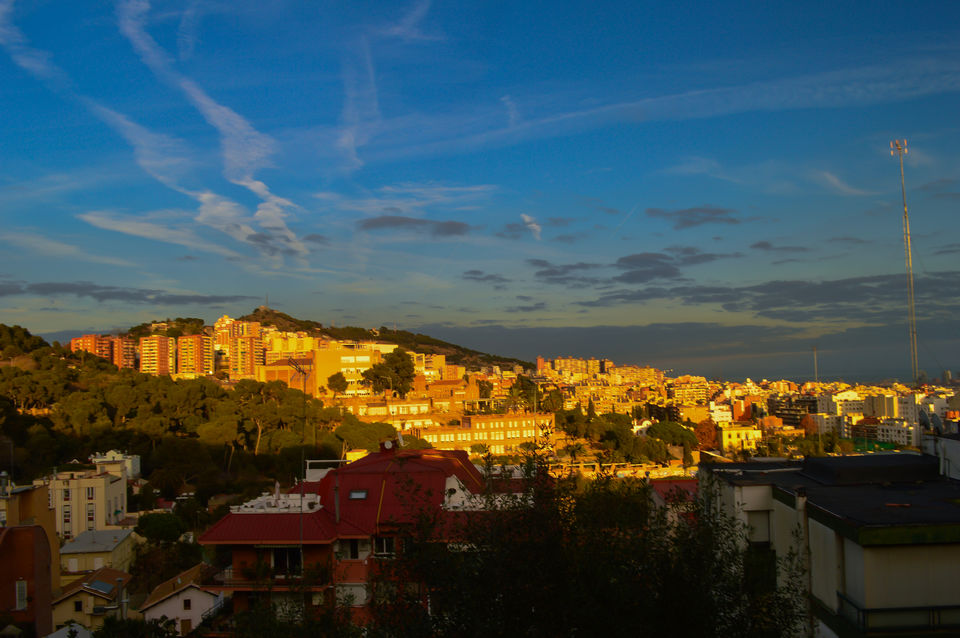 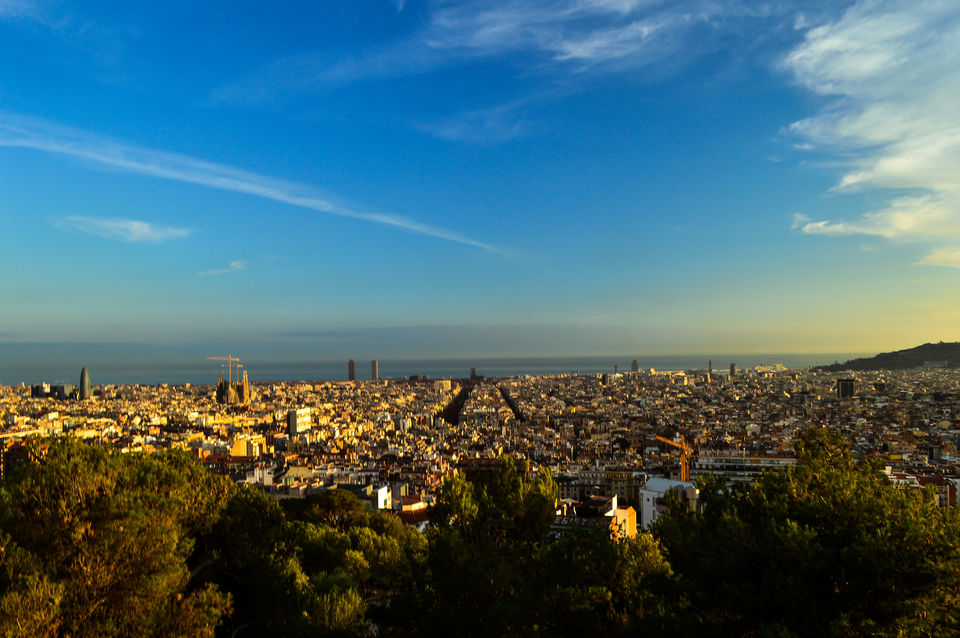 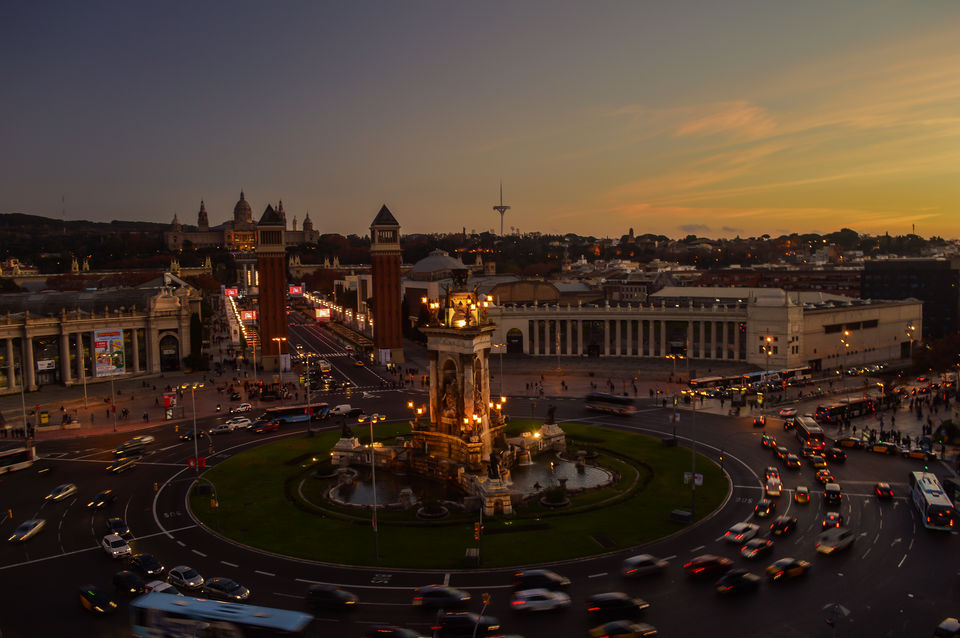 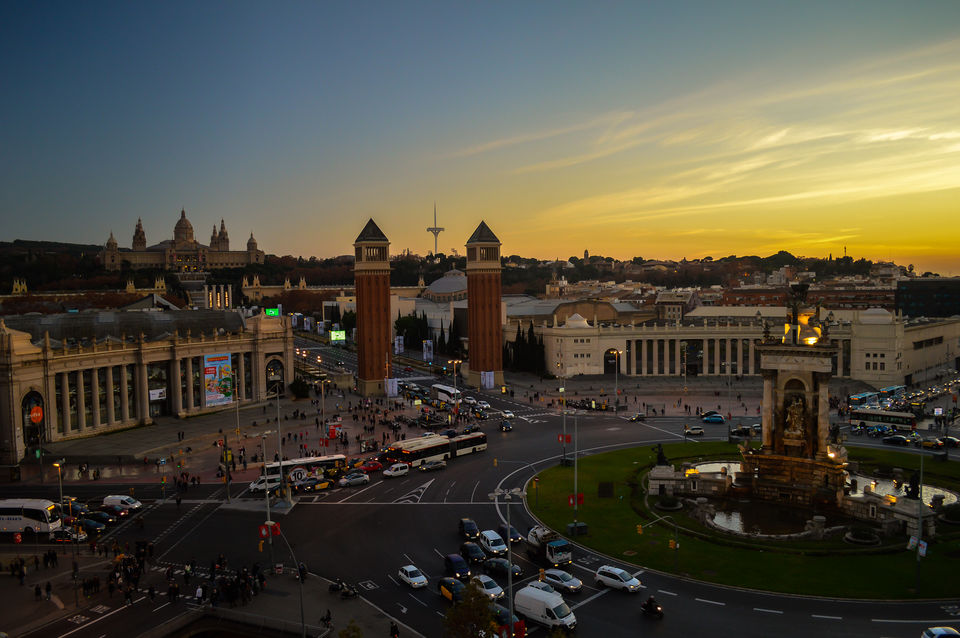