10 Day drive through the Alps

We were cruising at 30kmph, through downtown Lucerne, Switzerland. There were at least a gazillion road-signs that had to be looked at, while the GPS kept barking directions towards our destination. A hatchback was tailgating us and was quite close or maybe it was just the rear view mirror playing tricks. The traffic light in front of us suddenly turned yellow. The reaction was pure instinctive. You see in India, when the light turns yellow, we accelerate, that is the norm here. And in that split second I accelerated when I, ideally, should have slammed the brakes hard, without fearing the car behind me. You see in Switzerland, people follow rules and hence the tailgater too would have braked hard. What happened next was inevitable, the cameras flashed and we were caught jumping a red light in a country where one can be sent to the gallows for changing lanes without signalling. This was a crime for which even gods could not save us. A 250 EUR fine awaited... Unlike all the other road-trips we have been on before, this 'incident' above was the only bit of adventure (or misadventure) we could manage on this road-trip.
However where it loses out on adventure, Switzerland has too many mesmerizing views to over-compensate. The 10 days spent made us realize how an un-adventurous to-the-book planned trip can be fun as well. To be honest, neither of us were too keen about Switzerland as a destination. It had been done to death by many before us and will be done to death by many after us. Most of the locales have already been seen in Bollywood movies and there are numerous mini-Switzerland sprinkled all across India. However, we were celebrating our 10 year anniversary this year and if there is any place deemed romantic on this planet (at least by Yash Chopra) it was this place. Although, we did have to customize the romantic part to suit our tastes, so a plan was hatched which was strictly to stick to the Alps whether it be in Germany, Austria, Switzerland or France. Since the juiciest part of Alps lies in Switzerland, we did spend most of our days there. Once you've been there, you will wonder why on earth would one call Khajjiar - a mini Switzerland.
The travellers: Aarti & Harsh
The machines: An Airbus, a rented Opel Antara

Day 1: Delhi - Munich (overnight) - Innsbruck (Austria)
Immigration, security, everything was a breeze and the flight was reasonably comfortable as both of us managed to get at least some sleep, if not for the entire flight duration. We landed dot on time at 5:30am by the local clock. However, we wanted to delay our rental pick up as much as possible. The later we picked the car up, the later we would have to return it on the way back. So a 8am pickup would imply a 8am drop-off, which was still reasonable as compared to a 6am drop-off.
You see, picking up car rentals is always like opening a birthday present. The person sitting on the counter is like the person who has gifted, knowing exactly when he is going to give you. You have absolutely no clue what it is going to be, but you really really wish for an upgrade. At the same time, as you are old enough you cannot jump with joy once you get an upgrade, or show disappointment if you get the same plain old vanilla that you booked. In our case it was a mixed bag. Recent research showed that we had to have snow tires fitted for the routes we were covering in the Swiss Alps, as some of the passes still had snow on them and we could be fined if were ran on normal tires. One does not mess with the Swiss traffic rules at all and if you do be prepared to file for bankruptcy on your return. The gentleman at the counter mentioned an additional 90 EUR for the snow tires, an additional 20 EUR for an all EU permit and we were ‘upgraded’ from a Mercedes B class hatchback to a Opel Antara SUV - Automatic AWD with snow tires of course. Both of us tried to look normal and sober as we exit the counter. I don’t think we succeeded though.
The car looked beautiful and it came in black, our favorite color. It looked very similar to a Honda-CRV but I think was slightly bigger as the interiors were as spacious as our Kiyang. The direct route to our destination for the day, Innsbruck, was to head south and then turn west on the autobahn connecting the two cities. It would have been 60km shorter and would have taken a good 2 hrs less than the route we intended to do. But we weren't in Europe to do Point A to B, right?
We left the autobahn 100km west off the airport and joined what the Germans call as Romantische Straße (Straße = Strasse = road). This North-South road connects Wurzburg in the North to the Austrian border town of Fussen in the south. They say that 2 million people ply the route every year, making it by the far the most popular of the German holiday routes. It crosses a dozen cities and towns, which have been marked as ‘romantic’ by the tour guides by virtue of something that I could not entirely understand. I think it was combination of picturesque towns and countryside with loads of churches, spas and resorts. We were on our 10 year anniversary drive, so needless to say, when in Bavaria, do what the Japanese do. Catch the Romantische Straße.
Our first stop was planned at a church by the name Wies Kirche (Kirche ~ church), located near a village by the name of Steingaden, south-west of Munich. This is one of Bavaria’s best known churches and a UNESCO-listed heritage site. Legend says that in a time long gone, a German farmer saw a weeping Christ statue at the site and hence all hell broke loose, and we the world got a beautiful church which is now infamous. When we reached the parking lot, our hopes of playing Kajol and SRK of DDLJ were squashed to bits. The church was indeed very beautiful and so were its surroundings. It was a mixture of devout Christians praying in silence, standing in queues in front of the confession box and a couple of German and Japanese guided tours. A little crowded for our taste, but less crowded than the Badrinath temple for sure. The interiors of the church had some really exquisite carvings and paintings and it would have taken hours to truly appreciate that artwork. Outside, far away, one could see the Alps loom above, enticing us to go to them soon. Right outside the church though were several cows stinking up the place, so we made a quick exit. Cow shit smells the same everywhere!

Day 2: Innsbruck - Reschen Pass (Italy) - Mustair (Switzerland) - Ofen Pass - Sankt Moritz
The only silver lining was that towards Innsbruck the clouds were parting a bit to let the sun in. That was a good sign at least, things could still turn for the better. The snowfall had made the views outside magical. Green peered through the shallow whites to make a bit of a yellow. Sun trying to break through the clouds looked as if it had set it on fire. And the black clouds looked monstrous. The temperature was hovering around the 2 degree mark and thus we could not stay outside for long.   Breakfast was a slow and a long affair and it was a really nice spread despite being a homestay. We ate to our hearts’ content knowing that this was probably the only hot meal we get during the entire day. The only disappointment were the easter eggs. Although they looked pretty and enticing to eat, they were just cold boiled eggs! I don’t know about you, but cold boiled eggs = Yuck! By 8:30 we were all set to bid adieu to our guests and begin the drive for the day.
There seemed little to do at Innsbruck so we decided to drive through it to get a feel and proceed towards Schloss Ambras (Schloss = Castle) to have a view of the town from above. The castle is touted to be the “city’s biggest stunner” by the Lonely planet. It is not a stunner by a any stretch of imagination when you have a look at it from the outside. Although the gardens around it are actually quite well maintained and picturesque. The real fun begins, I guess, when one goes inside the castle and has some knowledge and interest about its history. Being poor students of history and especially poor at European history, both of us decided to give the interiors a miss and strolled around the garden for a while. Although I will recommend a visit to the gift shop located within the castle premises. They had some exquisite but expensive collection of souvenirs.
One of the true architectural highlights of the region (Tyrol, Austria) is located a bit west of Innsbruck in a village by the name of Stams. Zisterzienstift (Cistercian Abbey) was founded way back in in the 1200s and boasts of exquisite interior carvings much similar to the WiesKirche we had visited yesterday. By the time we managed to reach the abbey it had already closed down after concluding its scheduled morning tours. The next scheduled tour was only possible after a couple of hours. 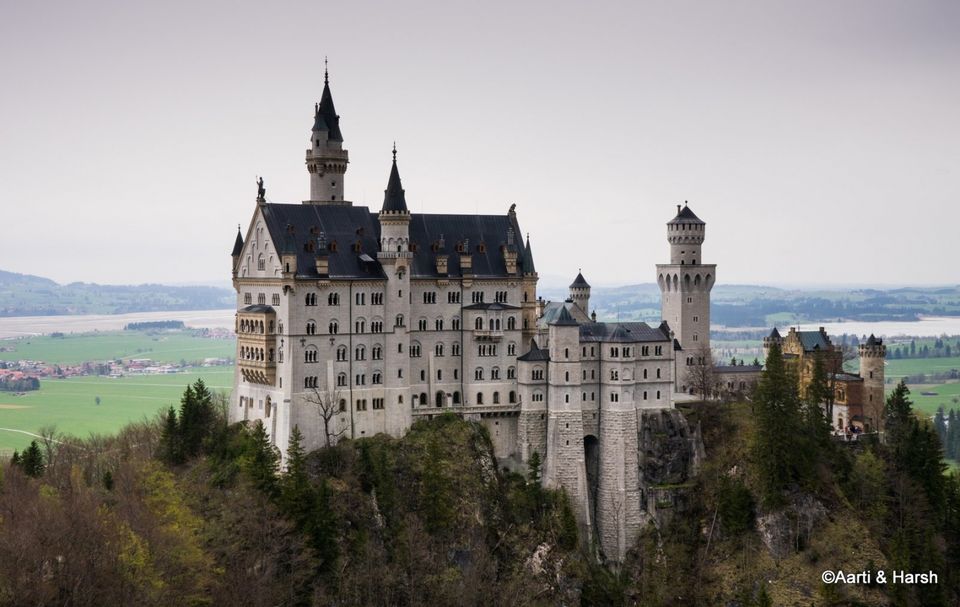 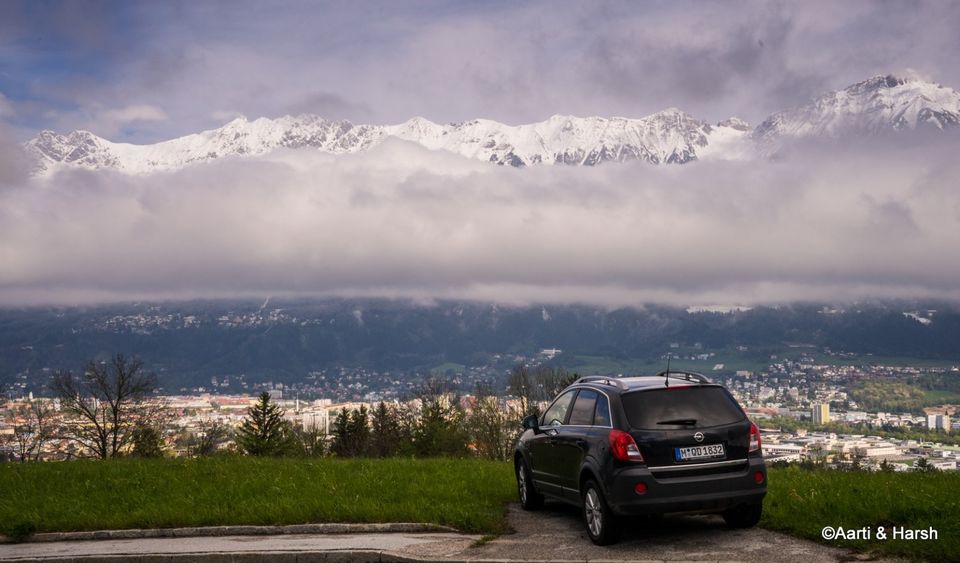 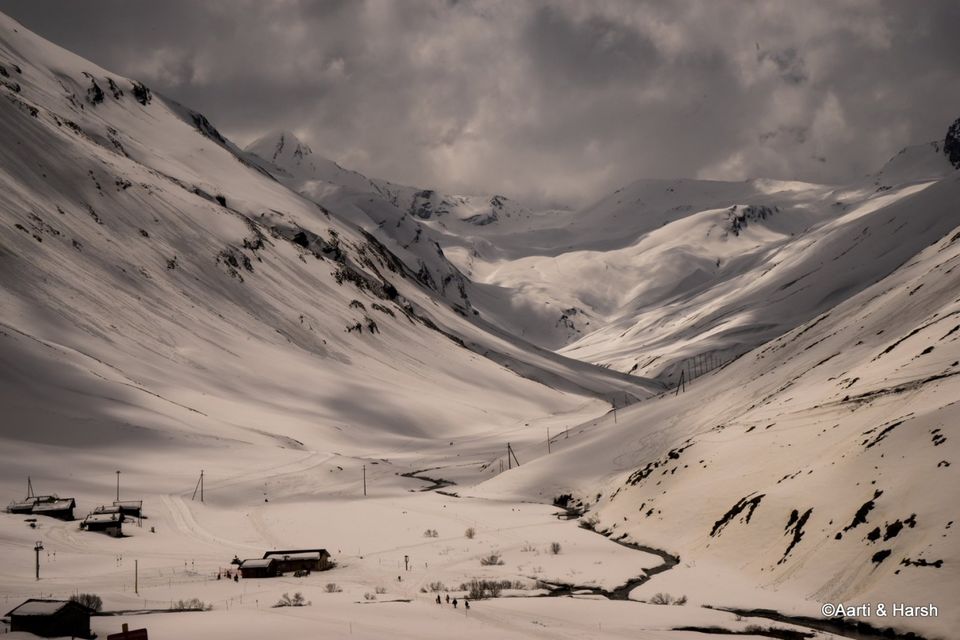 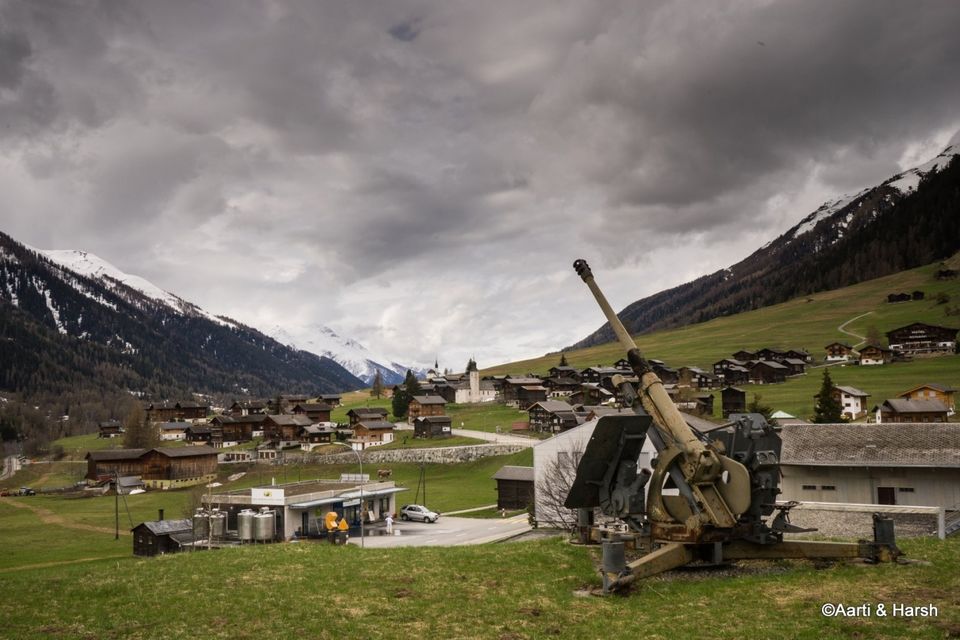 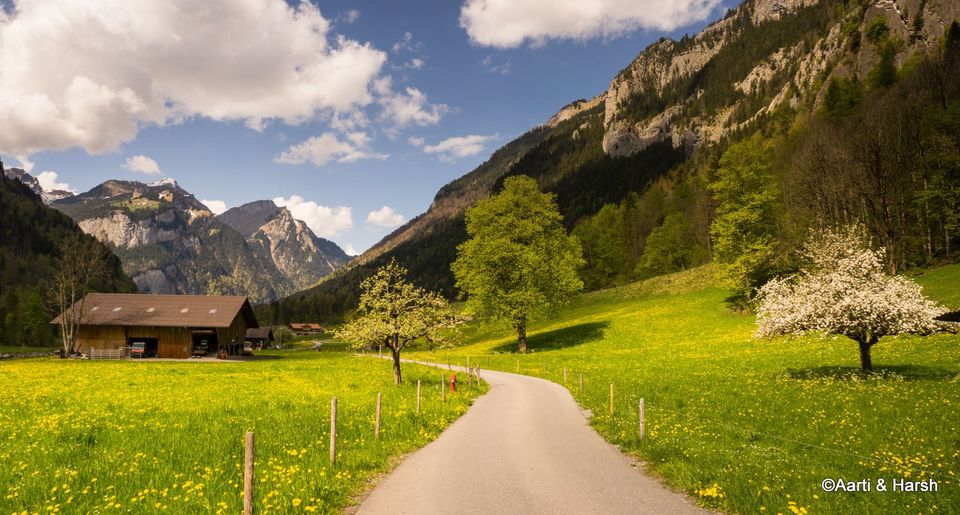 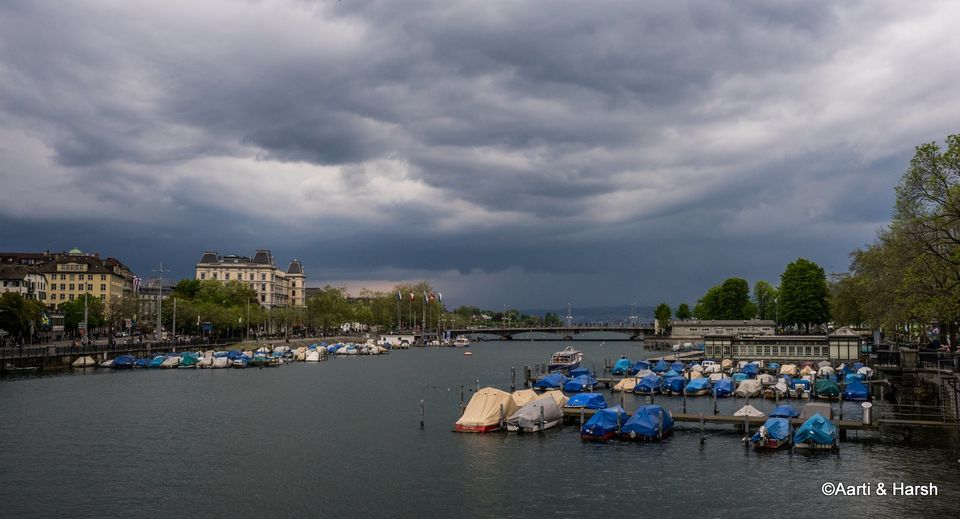 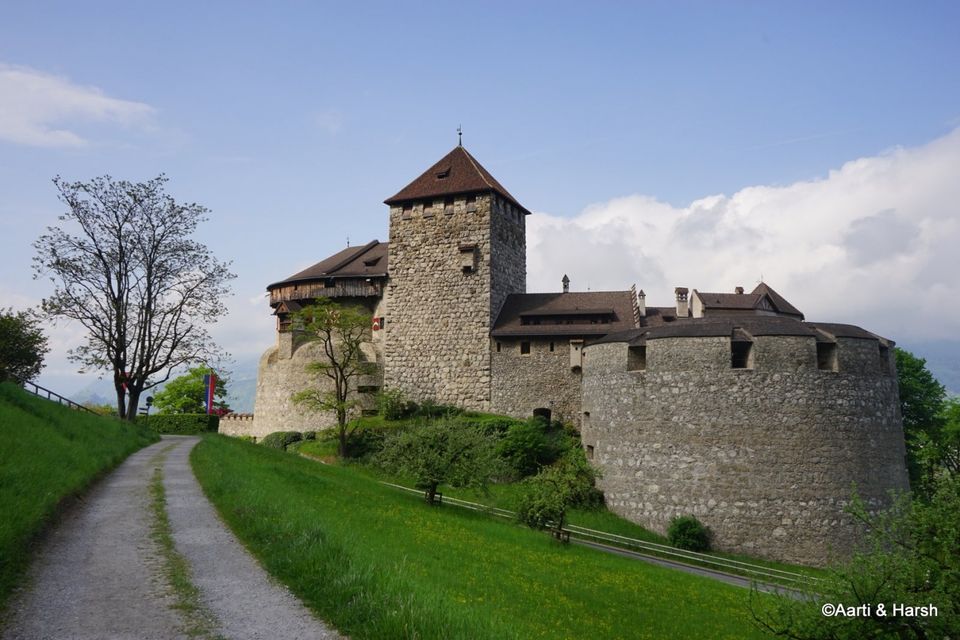