Chennai. Right opposite Express Avenue Mall, you see a congested Bharathi Salai or Pycrofts road. Every day at 6 am and 4 pm, a green army descends on the terrace of Mr 'Camera' Shekar's house. THREE HUNDRED to FIVE HUNDRED PARROTS have been doing this routine for the past two years. A fascinating story !
Shekar tinkers around with cameras for a living. Hence the prefix.Long back he started feeding pigeons and crows on his terrace. Two years ago he spotted an occasional parrot winging its way for a bite. Gradually, the numbers increased and now he has more than five hundred guests to be fed twice a day.
Extremely sensitive, they first take up position on nearby trees and electric/ telephone wires. They survey the scene and land up in batches. At the slightest hint of movement, they get back to their trees. Each visit takes around two hours and Shekar stands guard on the road to discourage passers throwing stones ! His family stays captive within their home by shutting all doors and windows so their guests can dine peacefully.

A lot of preparation goes into this. Shekar uses around 30 kgs of rice each day. Earlier, he used to sprinkle them on the floor but now, he's made wooden planks on which he diligently arranges their meal. His granddaughters chip in with their bit. Strange but true- his neighbours and some moneybags who own commercial complexes in the area with well appointed terrace gardens have been vainly trying to attract our friends with choicest spreads.
They seem to relate only to Shekar. Even he is surprised at this affection. Once, when Shekar had gone on a day trip to Tirupati with his family he requested his cousin to fill the planks but NONE of the parrots touched even a morsel because they did not see Shekar.
Shekar's eyes are moist as he narrates this incident.

And all this happens not in a secluded garden or forest but very much in the city with chaotic traffic in what is arguably two of the busiest areas of Chennai - the Royapettah/ Triplicane connector. Viscom students, TV channels, ornithologists are frequent visitors to see this spectacle.

He doesn't even want to think of ' after me, what?'. Right now, he feels blessed that he's able to run a mess for the green army.
More POWER to you Mr Shekar ! Stay blessed ! I doff my hat in reverence ! 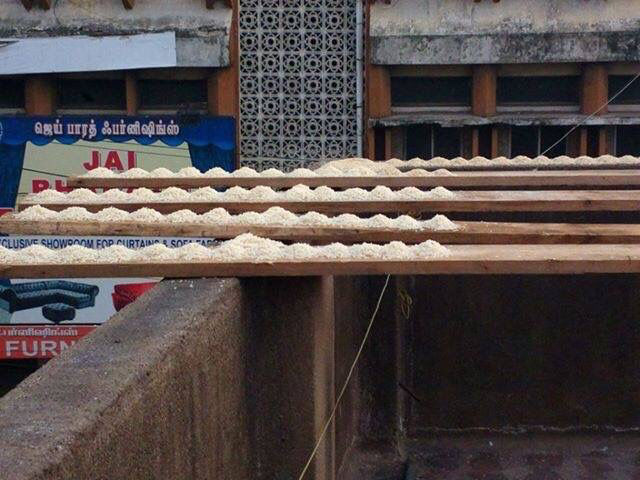 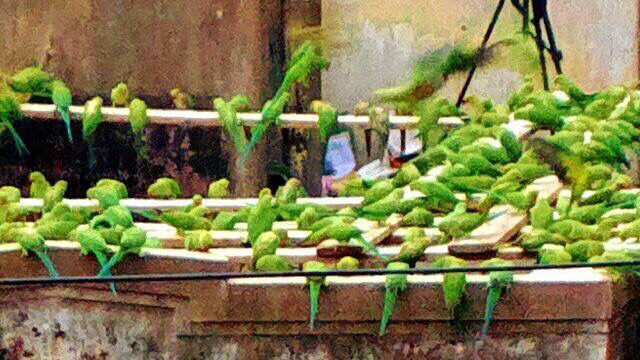 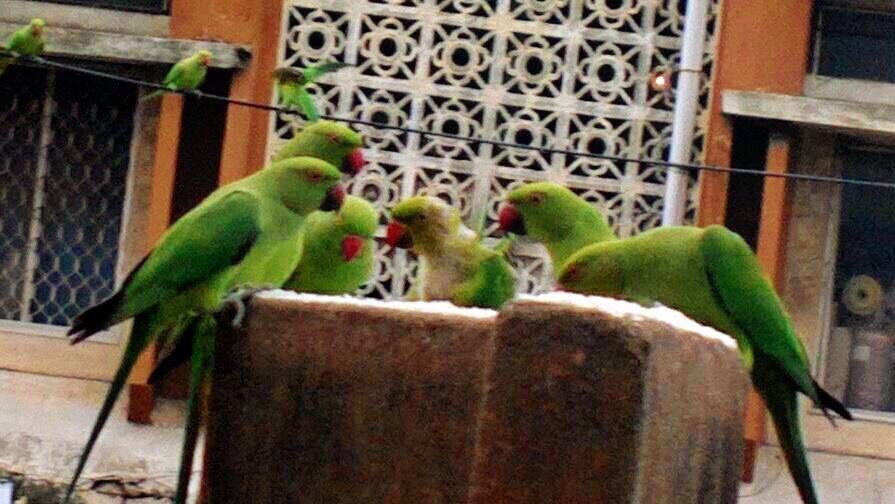 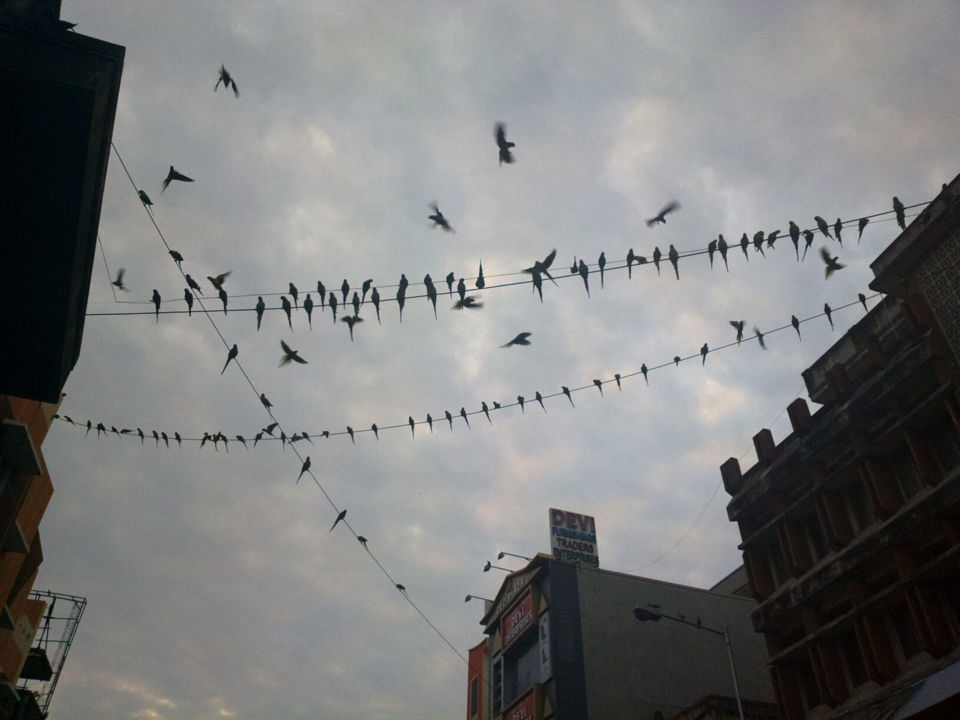 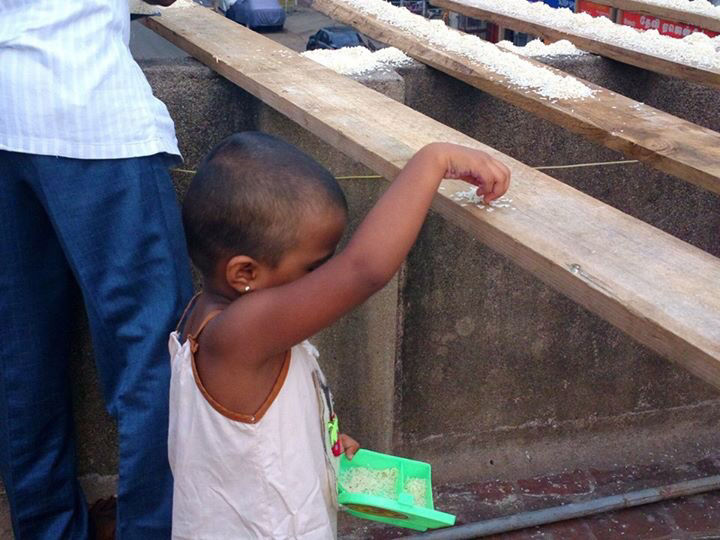 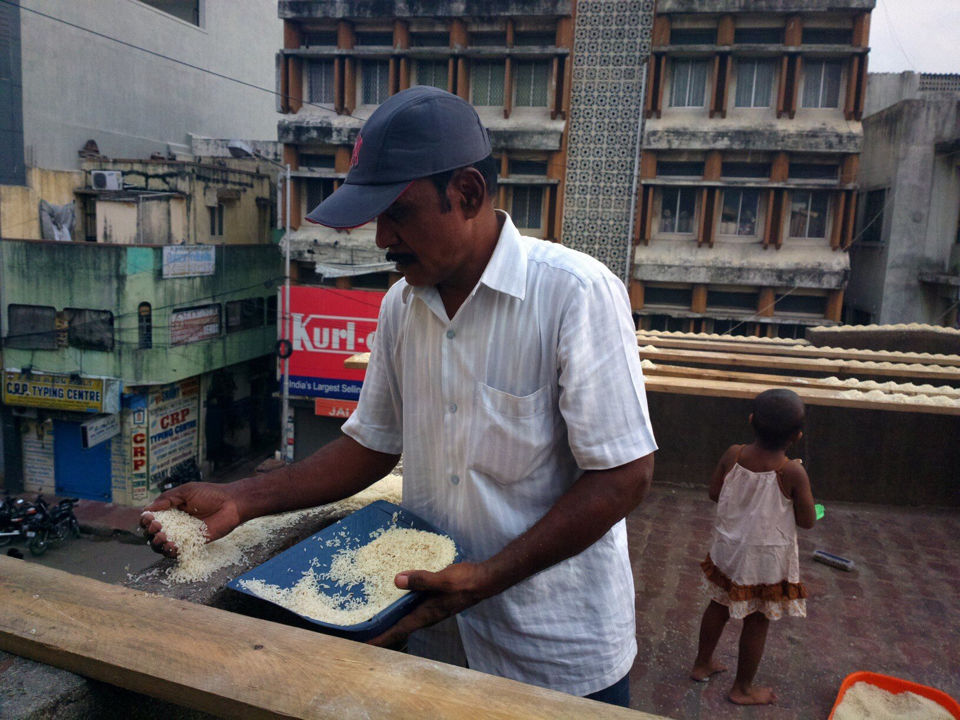 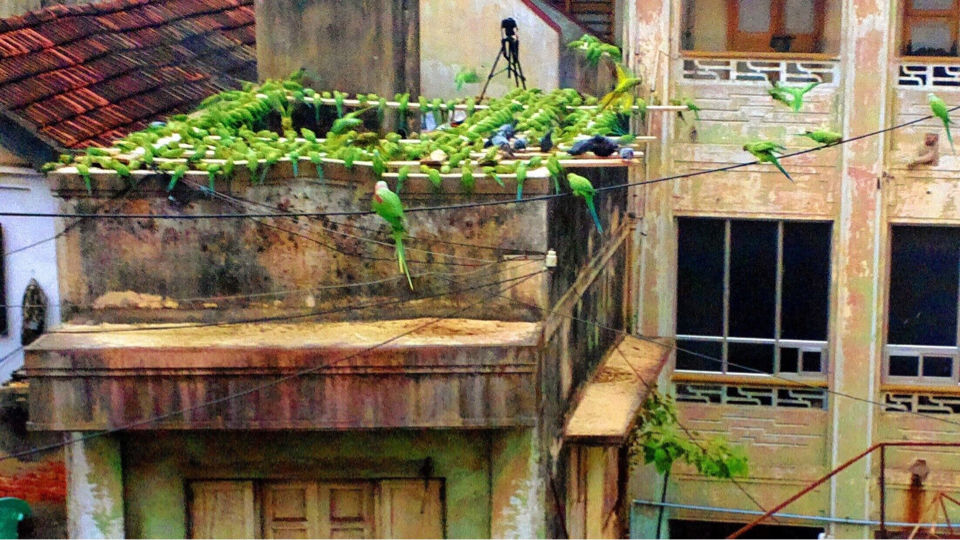