After one year in Thailand I have come to love a culture and country which is so different to my own. Thailand really does have so much to offer and I have been asked several times what kind of things I would recommend to do…. so thought I would make my top ‘Things to do’ list!! Some of these are only possible if you are here at certain times of the year but you should defiantly try as many of these things as you can! Loi Krathong festival: This is the festival of light which happens on the full moon in November. It’s an amazing festival and really does make you think you are in a Disney film with all the floating Chinese Lanterns. You can get your own Krathong, make a wish and send it off down a river with your wish attached. It is one of the most beautiful and enchanting times here in Thailand. Elephant trekking and swimming with elephants: You can go elephant trekking just about anywhere in Thailand and I have been on Koh Chang, Krabi and in Chiang Mai. Most are all similar however you should try get one that involves swimming with the elephants, the one I went to on Koh Chang was a trek through the jungle ending up in a lake where you could get off and wash and swim with the elephants. Was very enjoyable to be so close to such a mighty animal. Go see a Muay Thai fight. Again these are EVERYWHERE however you should try go see a proper muay Thai fight and not a show one, the show ones are all put on and fake as they will fly across the ring at the slightest touch. However the real Muay Thai fights give you such a rush of adrenaline it’s hard to explain as you see the determination and grit in the fighter’s eyes! It’s something I thought I would not enjoy however you can’t fail to get excited about one of these! Songkran. Songkran is the water festival to celebrate Thai New Year and is a 5 day long water fight! I came to Thailand just at the tail end of Songkran and it was hilarious, this year we will be doing Songkran in Chiang Mai and I have been told it is one of the best locations and best festivals to attend whilst in Thailand. This is held all over Thailand mid April although be warned you WILL get wet!!! Try some of the crazy food ‘delicacy’ Some of the ‘delights’ that have graced Andy’s lips as well as mine are…. fried scorpion, chicken feet, chicken elbow, fried bugs like grasshopper, cockroach or maggot, snails, ant egg omelette, rat, boiled baby buffalo head, congealed blood, baby king cobra moonshine, diced innards with raw blood and grilled pig intestine are just some of the many ‘delights’. See a lady boy show. Lady boys are quite normal here, so much so, many of my (primary school) students are already aspiring lady boy. There are two types of lady boy. The one who is so beautiful and lady like you wouldn’t think twice about her being a girl and the second, the overly camp, dressed up, can see hair on her leg type with a very large bulge in a place that no woman would have one type. However the second type put a GREAT show and its worth going to see. Chiang Mai has an excellent one which is every night in Night Bazaar at half 9 for free, or Hannah and I went to a fantastic one on Koh Tao! With more feathers, glitter and fake eye lashes that is humanly possible and some great renditions of classics such as ‘It’s Raining Men’ and ‘I am what I am’ it’s defiantly a must see.

This is one of the most beautiful temples in Thailand and is also known as ‘The White Temple’ because it’s entirely white. It really is beautiful and has an amazing story to it. It is also a very recent temple and inside it keeps paintings of the world up to date for example the twin towers, the war on terror and the paintings are spectacular. Unfortunately no pictures allowed. It is still a temple and you must make sure you have appropriate dress on, no legs on show or shoulders! 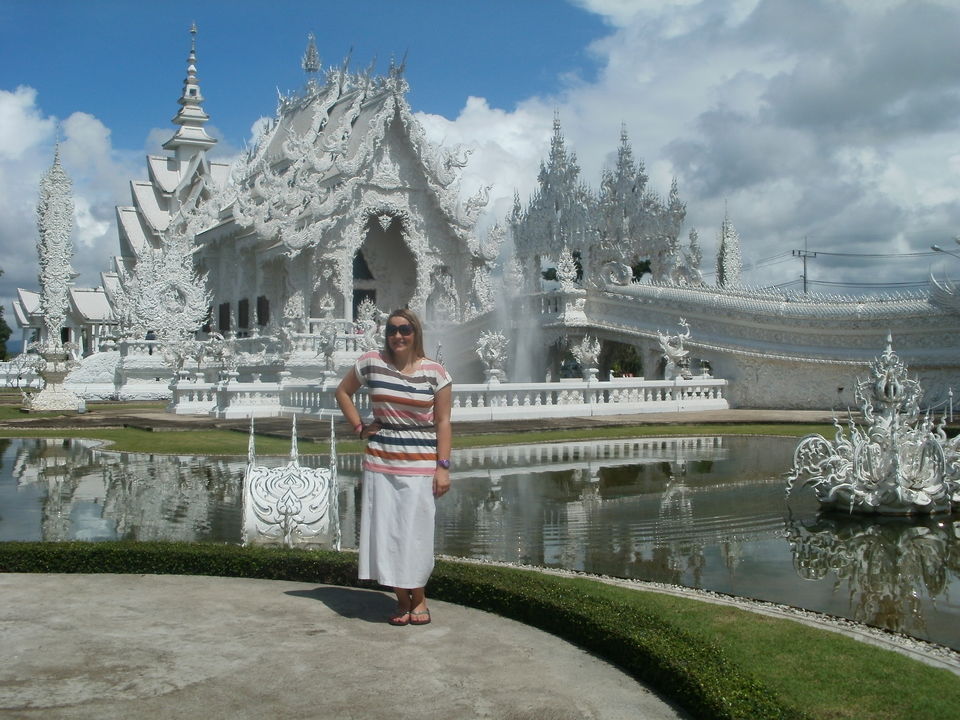 TIGER KINGDOM: I have done both Tiger Kingdom and Tiger Temple and would defiantly recommend Tiger Kingdom as the one you should do. The tigers are so well looked after, they are more lively and you can get your pictures taken with them when they are alert and playing. Tiger Kingdom has 5 types of tigers…. smallest, small1, small2, medium and big. Each type is around 500b (10 pound) or you can do them all for 1900b (Just under 40 pound) and if you want you can hire a professional photographer for 300b (6 pound) extra and I would DEFIANTLY recommend this! FLIGHT OF THE GIBBONS: An action packed day of flying though the tree tops of Chiang Mai’s forest on zip lines and abseils. There are a couple of companies which do this however the Flight of The Gibbons takes you to see the wild gibbons (that’s a type of monkey fyi) and gives you an amazing 3 course meal with live jungle music! It really is nonstop and is ‘Thailand’s number one tourist attraction’ the costs can vary depending on where you get the tickets from but it is roughly 2800b and is pretty much a full day adventure! 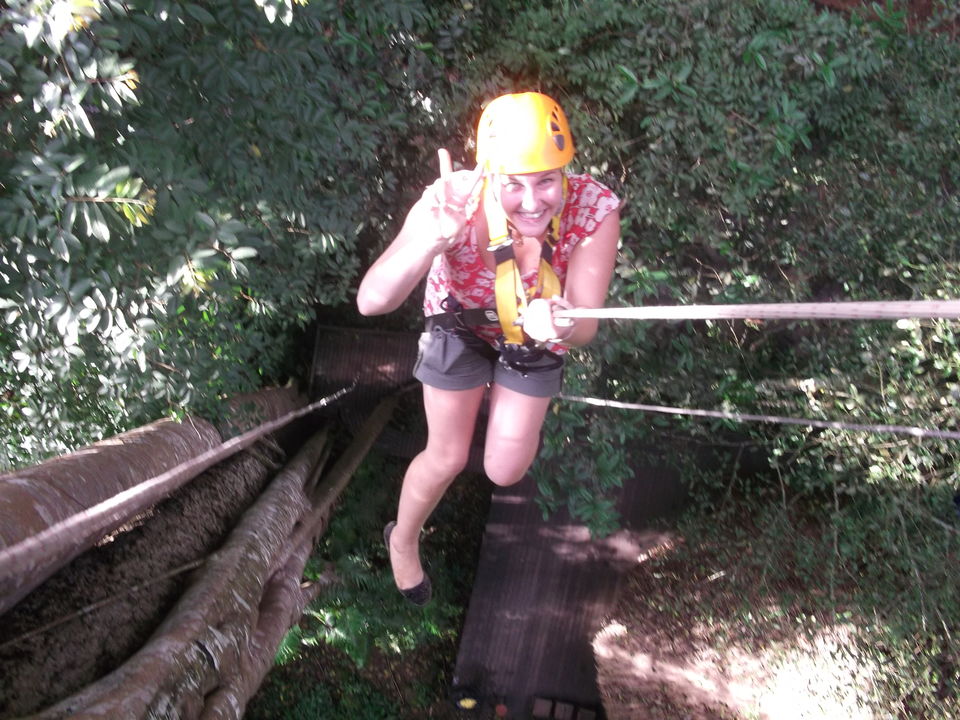 Maya Bay, also known as ‘The Beach’ is one of Thailand’s most famous tourist attractions. It is very beautiful and is easy to think of yourself as part of the film. Only downside is the amount of tourist’s that it attracts, however get there early and you will beat most of the crowds. Koh Phi Phi itself is an amazing chilled out island with amazing beaches, chilled out vibe and water so blue you would think someone has painted the ocean. 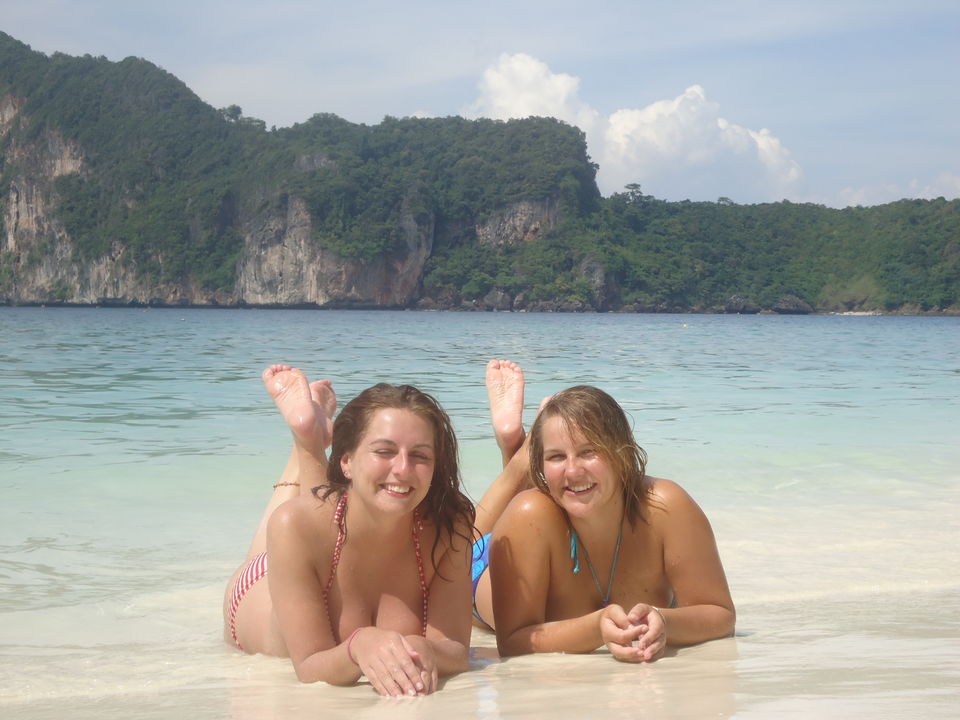 The floating market is exactly that, a whole market which is on the river and is only accessible by boat! You hire a long-tailed boat and it takes you down the river stopping at small stalls on the side of the bank. It is quite an experience and not like anything you will ever have experienced before and worth a look. However be warned that haggling is a must as some of the prices they try to charge you is quite ridiculous!! 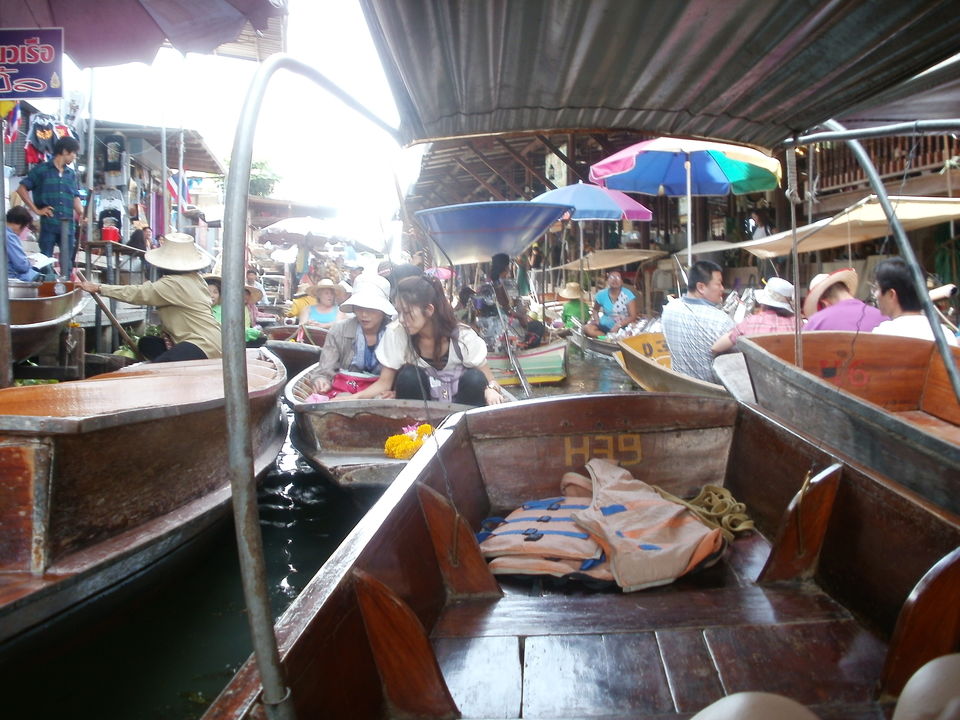 Located in the centre of Bangkok it is one of the biggest tourist attractions in Bangkok. The scale of the buildings and the details within the buildings is breathtaking. Only 350b to gain entry and you can literally spend hours looking around! Also check out Wat Pho which is located just around the corner from the Grand Palace and is the MASSIVE lying down Buddha its 100b to get in but again its beautiful inside and you can look around the many rooms and temples once inside. 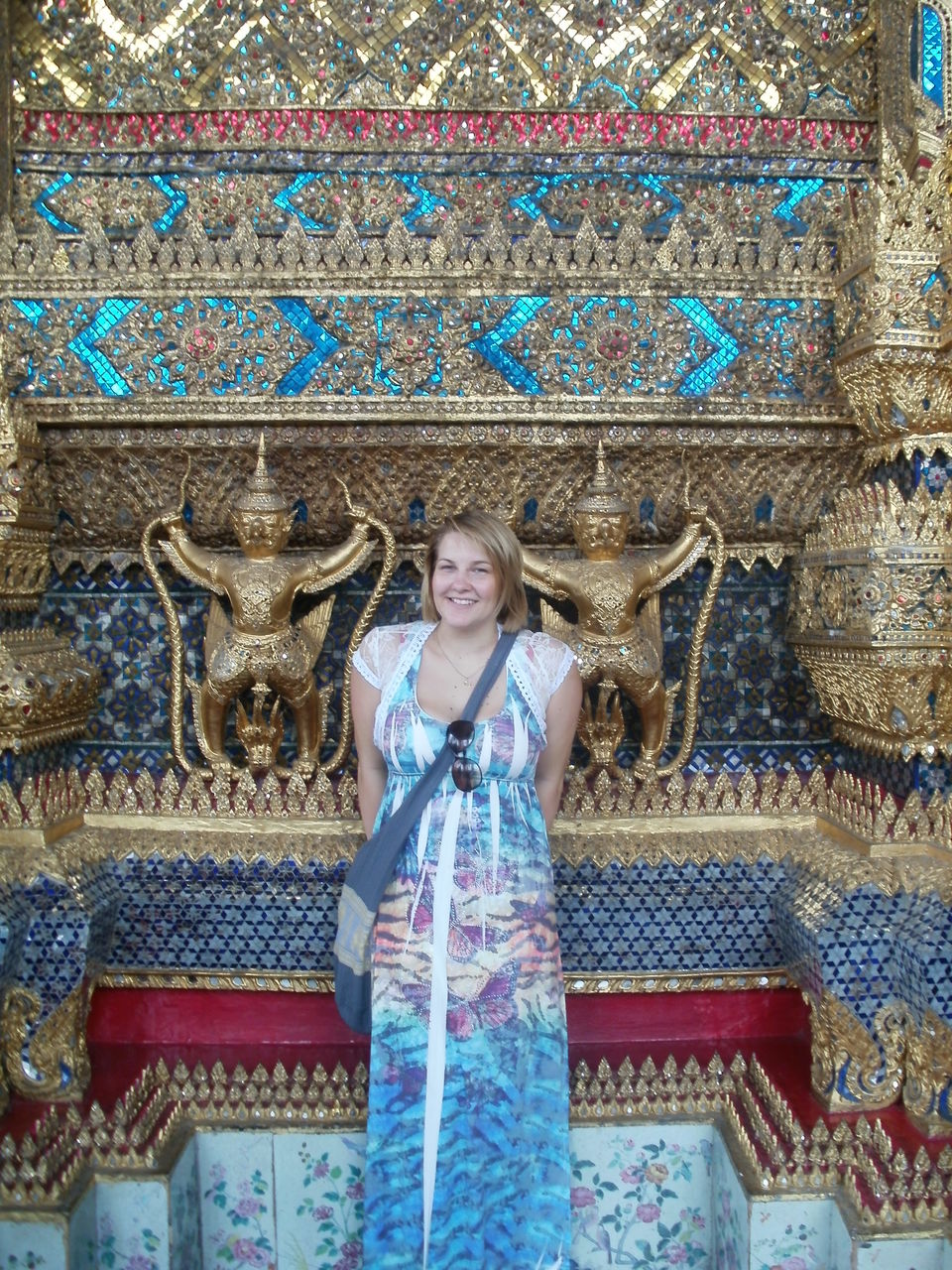 Without a doubt one of the most beautiful islands I have visited in Thailand. White sandy beaches and blue water. Excellent snorkelling location as well as scuba diving which is also a very popular place to get your scuba certificate. The best beach is ‘Shark Bay’ which you will need a boat taxi to get there. The sand is the whitest I have ever seen and if you are lucky you will see baby sharks in the surf! 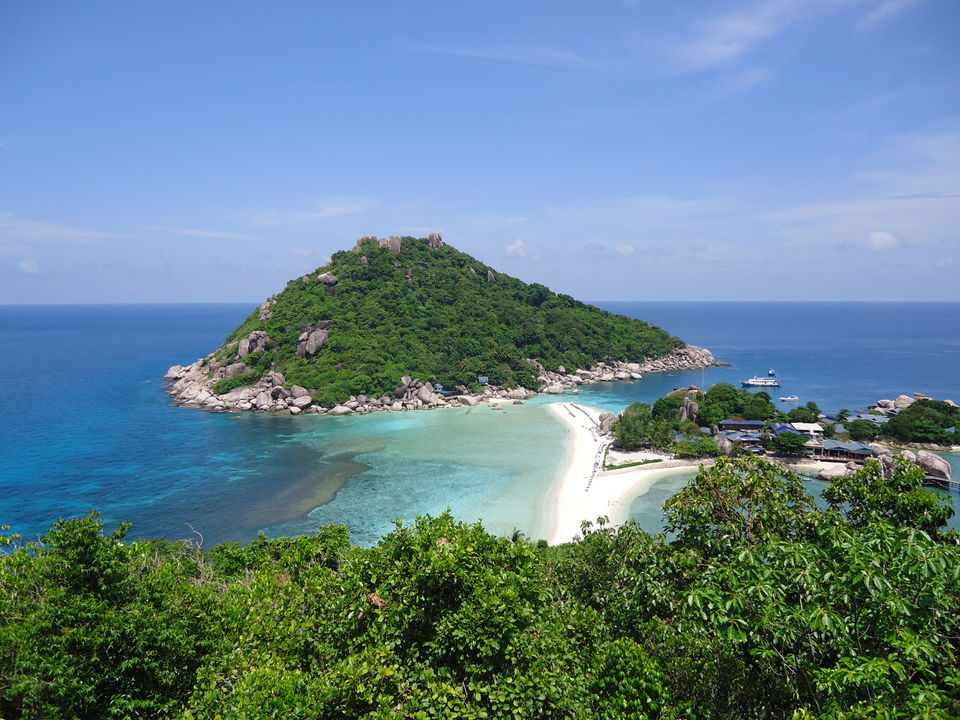 Take a day trip over to Koh NangYuan which is a very short boat trip away and closes at 5pm as it is a nature park. It’s secluded, beautiful and peaceful and the views from the top of the hill are stunning! 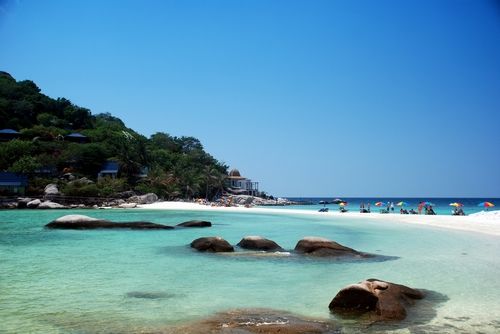 Another one of Thailand’s most famous tourist attractions is the full moon party on Koh Phangan. The whole beach is turned into a massive party with neon body paint, drinks sold by the buckets and a chance to go down the fire water slide, fire skip rope and see the fire shows! 100b entry and drinks are cheap! It’s not for everyone but is worth a look! 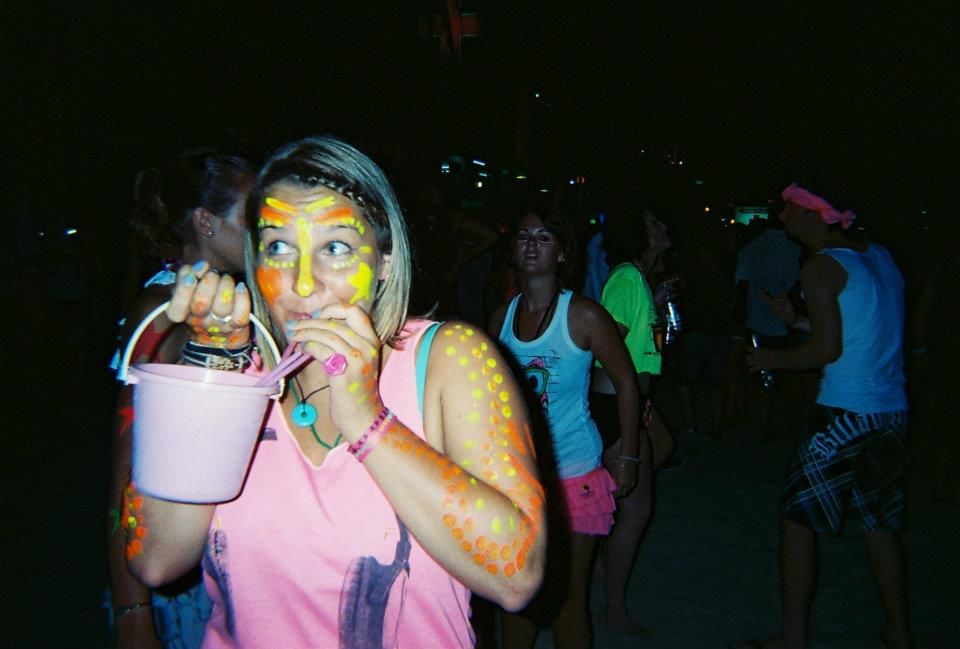 Take a boat along the Mekong and visit the Golden Triangle. The Golden Triangle is an area of land where Laos, Myanmar and Thailand meet. You can take a boat ride down the Mekong River and stop over on a small part of Laos at the market where everything is cheap cheap. Try some very strange whiskey such as snake, tiger penis, gecko or armadillo (which has all these things INSIDE the whiskey you are drinking!!!) You can also take a short bus ride to Mae Sae and visit the very top of Thailand. Mae Sae has massive markets with top of the range knock off goods so it’s worth a look if you like your designer attire! 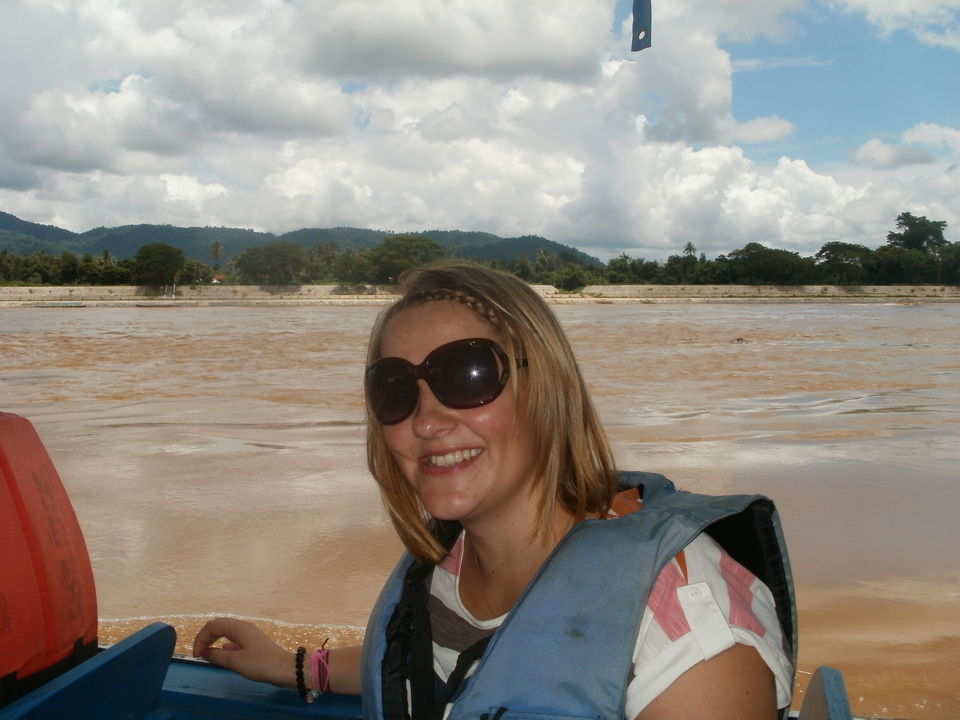