The perfect walk outside the County Kerry Res 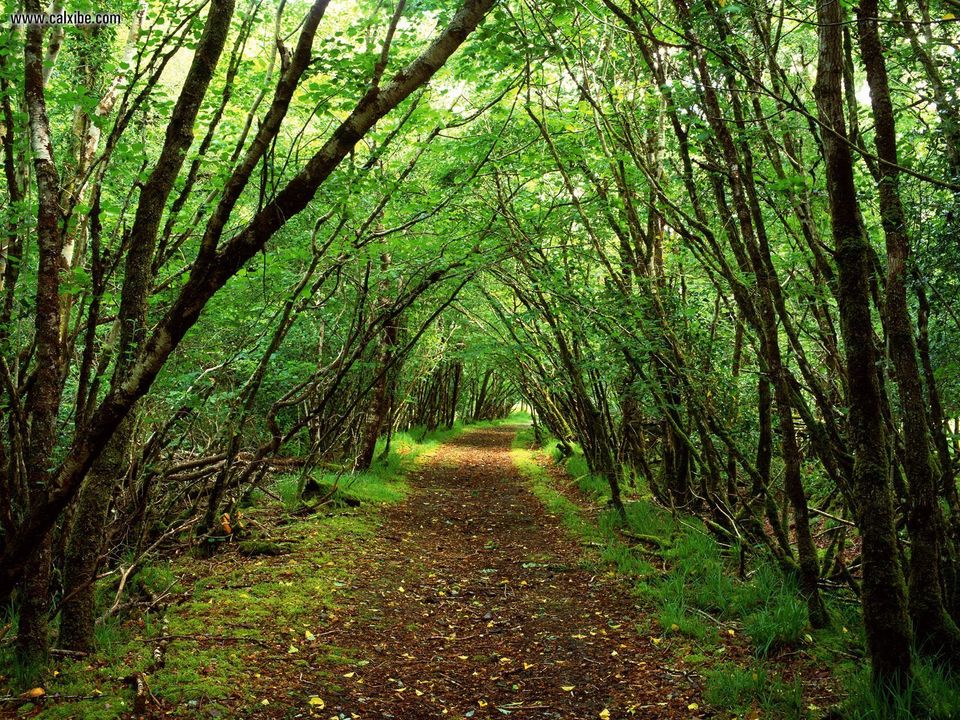 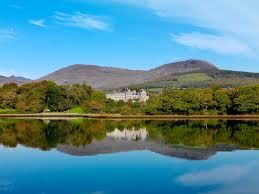 The Sparse beauty of County Kerry 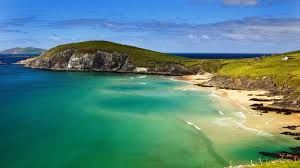 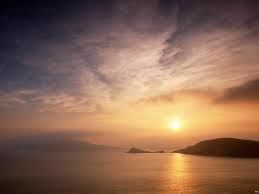 A super smart escape (voted best five star hotel in Ireland in 2012) on the shores of Lough Lein, one of the famed Lakes of Killarney. It was built in 1961 by the Liebherrs, and Austrain family who snapped up the prime lakeside frontage no doubt for its hills are alive backdrop. It is still run by the same family, assisted by Irish staff (many of whom have clocked up decades at the hotel). In 2008, there was a substantial refurbishment, which included the addition of a vast ESPA spa.

Young professional  couples rolling  up in sporty coupes for weakened spa breaks;  generations of well to do families returning  year after year for their annual get together; golfers teeing off at the neighbouring world championship course.

Two outdoor infinity pools reflect the ever changing colours of the lakes.

Bliss out at the gorgeously sleek, two level spa, where two heated, outdoor infinity pools reflect the ever changing colours of the lakes; there’s also a salt water pool in the indoor thermal suite. Go for holistic inspired treatments using marine mud and algae in one of the 16 plush therapy rooms, while the children ride Austrian Hollinger ponies in the grounds.

The rousing traditional Irish music in the old school bar on Saturday nights. sing along are actively encouraged. 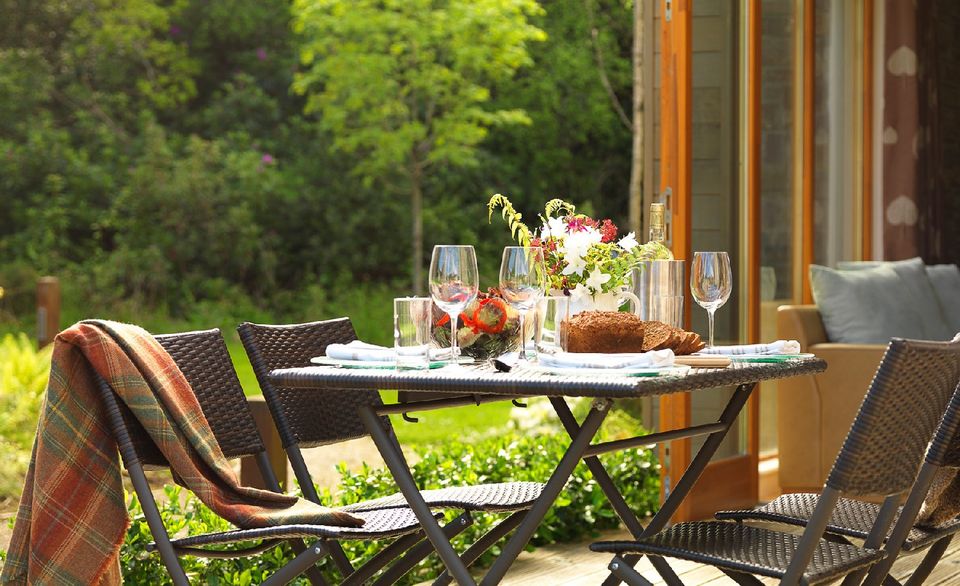 HotelsMap
Dinner at the grand Panorama Restaurant is a dress up affair: settle into forest green leather banquettes for silver service and classic dishes, where local ingredients are the starts (meltingly tender Kerry lamb with puy lentils; fresh off the boat Atlantic crab). For more buzz and less starched linen, the Brasserie has a bistro style menu (surt’n’turf; fish and chips), and it’s adjoining Champagne bar, with its mirrored bar counter and Chinese lacquer red lighting, is great for a pre dinner Kir Royale

HotelsMap
The Ring of Kerry is one of Europe’s great scenic drives, a circular route around the rim of the Iveragh Peninsula in the extreme southwest of Ireland, through rugged sandstone hills and lush sub-tropical vegetation, with myriad mountain and coastal views. The route overlooks Dingle Bay to the north, the open Atlantic to the west and the sheltered waters of Kenmare Bay to the south. Inland, to the east, are the purple hills known as Macgillycuddy’s Reeks and the Lakes of Killarney. The Gulf Steam ensures a mild, frost-free climate. 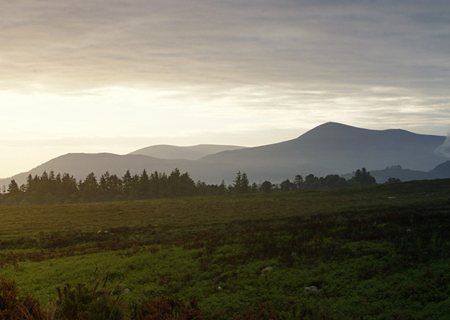 HotelsMap
Around 12km (8 miles) south of Valentia Island are the Skellig Islands. From Valentia’s visitor centre, the Skellig Experience takes you for a boat trip to the islands. (Boats also run from Portmagee, back on the mainland.) Bear in mind that most of the boats are open (more expensive ones are covered), the water can be rough, and bad weather leads to cancellations, sometimes for days on end.The larger of the two Skellig islands is Skellig Michael, which was inhabited by monks from the 7th until the 12th century. It rises in a cone shape to a double peak 217m (712ft) high. A flight of over 500 steps lead to the monastery, built of dry stone with no mortar. It has had major restoration work to enable it to cope with the number of visitors. Enthusiastic guides, all trained archaeologists, live on the island from June to August to supervise visitors and tell the island’s history. 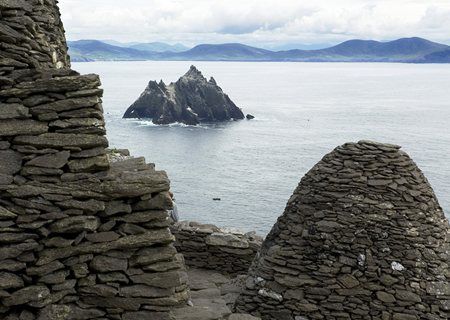