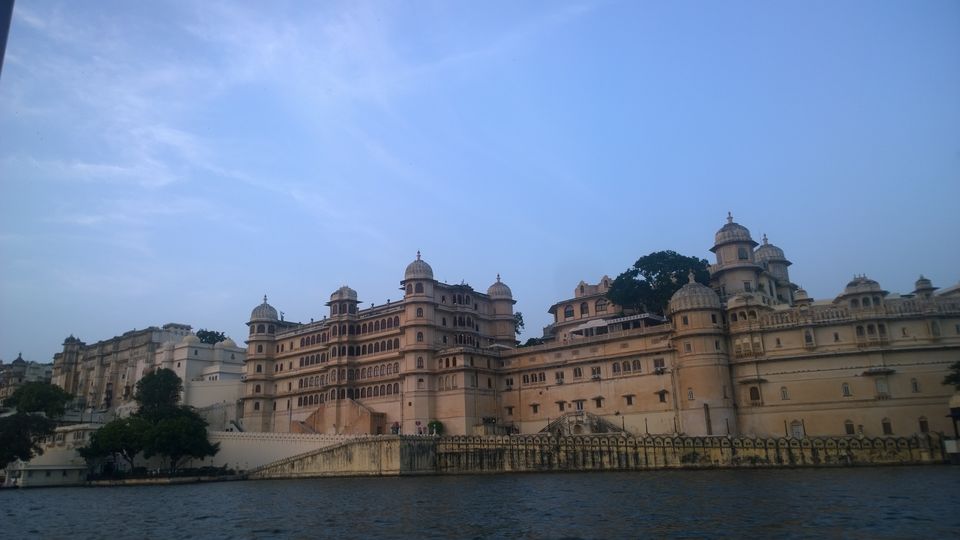 Rajasthan is known for its Palaces, forts and hospitality. These forts are also a part of world heritage. It takes you back in time and gives you glimpses of our history and royalty. Each city here has a story to tell, a journey that molded them over a period of time. Most of them have conserved their tradition and are still teaching the same to the younger generations. It is like a jewel in India's crown. From fairy-tale palaces and epic forts to colorful festivals and wildlife encounters.

Udaipur is bastion of Rajasthani tradition, with its creamy-white palaces beside a shimmering lake, rambling old havelis (traditional mansions) and romantic luxury hotels that pull in honeymooners and now is a celebrated destination wedding spot.

Looking back in History of Udaipur, it has the distinctive features of the lakes, its geographically secluded position due to the natural enclosure formed by the surrounding hills and the altitude, and its rugged terrain as its asserts. These assets created favorable site conditions in terms of natural defense, micro-climate and opportunities to develop. The rulers of Mewar (Udaipur) have made a constant effort in reviving and also constructing a water conservation system through interlinking lakes and water bodies. This makes it unique in its own way attracting a lot of tourist each year.

Udaipur has earned the name Venice of the east owning to its distinct water edge. Unlike Venice the lake edge is defined by Ghats. These Ghats express varied relation to the lake–it assumes a ceremonial character at Gangaur Ghat, an arrow walk way along the fort wall and a private sitout at the palace edge. This ghat can mesmerize your experience when you visit during late evenings and early mornings when the city is calmer.

One of the largest Palaces of Rajasthan 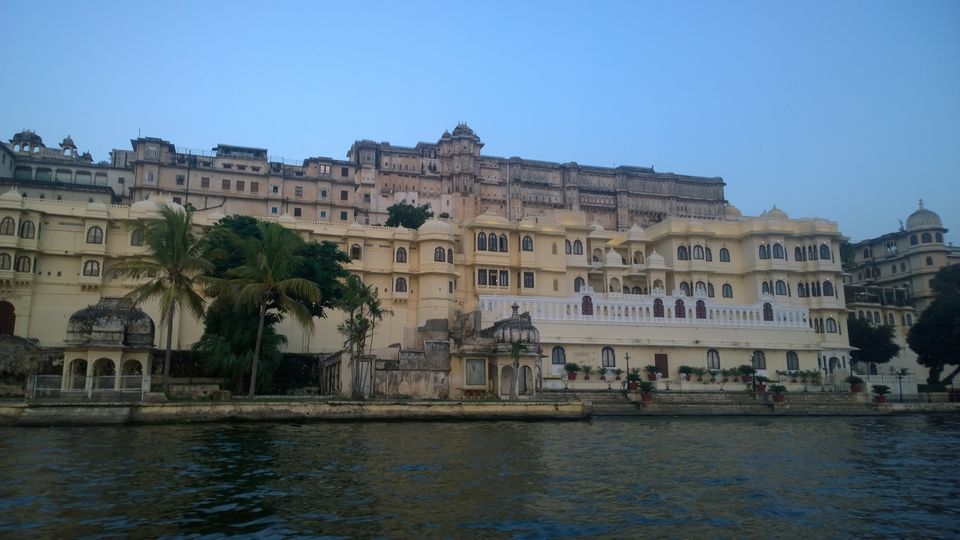 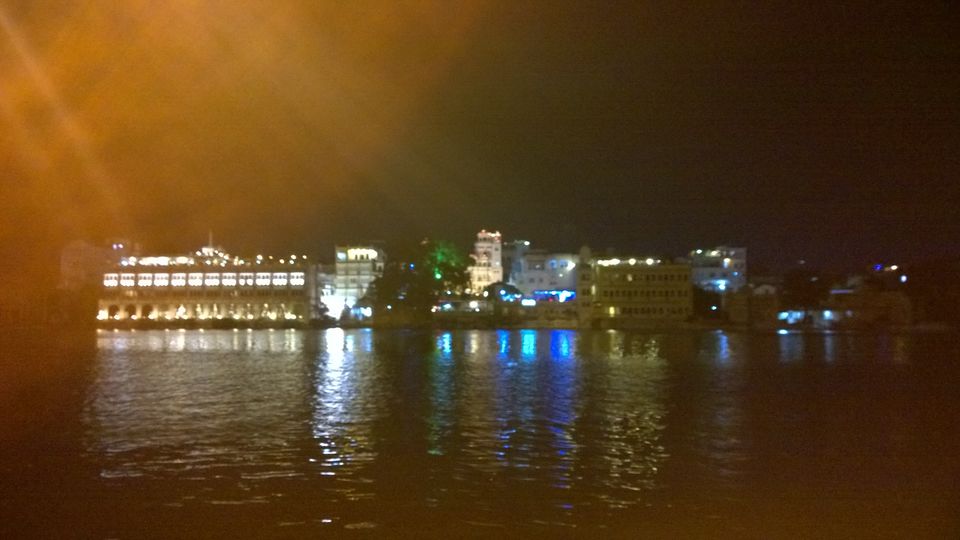 View of Gangaur Ghat from the opposite edge. 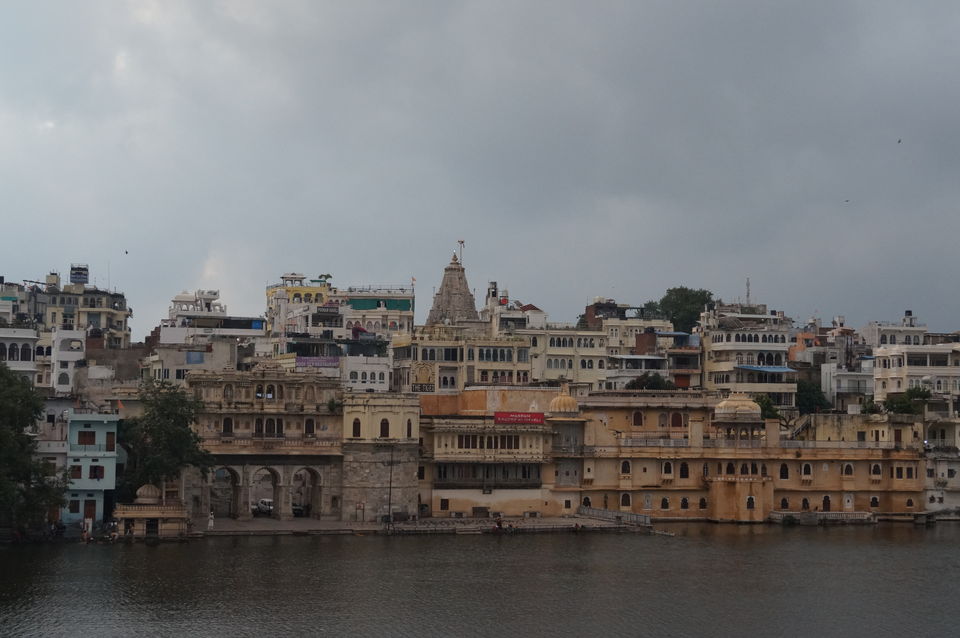 One of the largest Palaces of Rajasthan

City Palace is one of the largest palaces of Rajasthan and has number of small and big palaces, museums and the gardens. 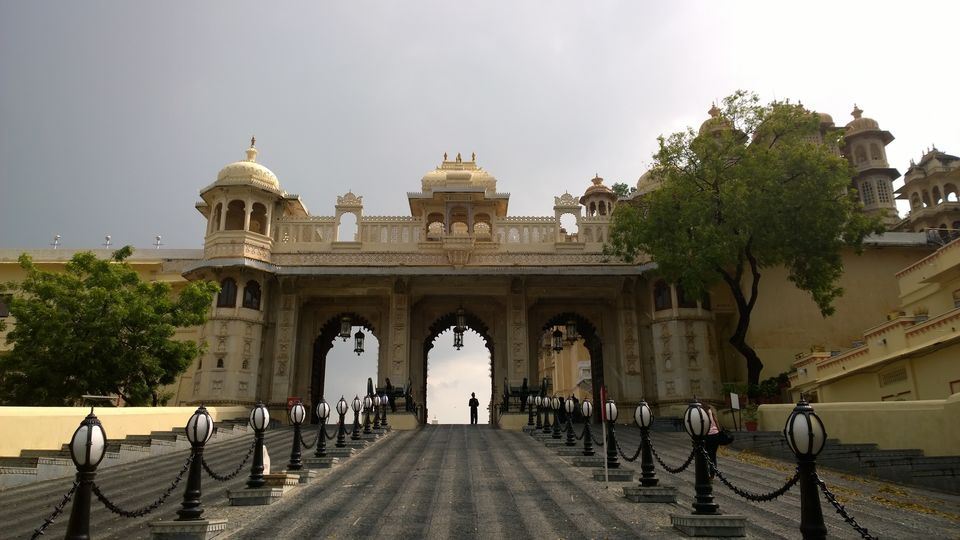 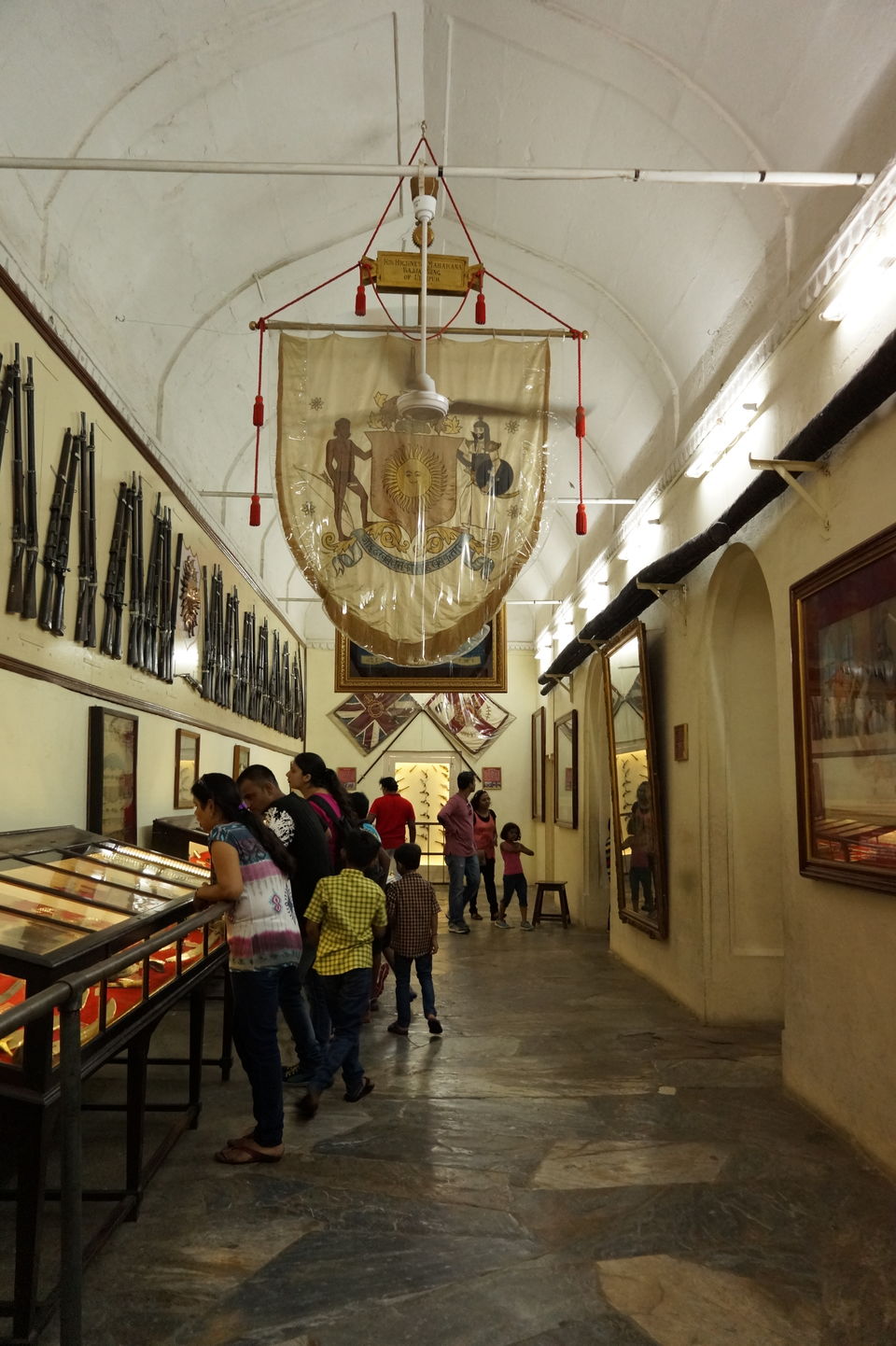 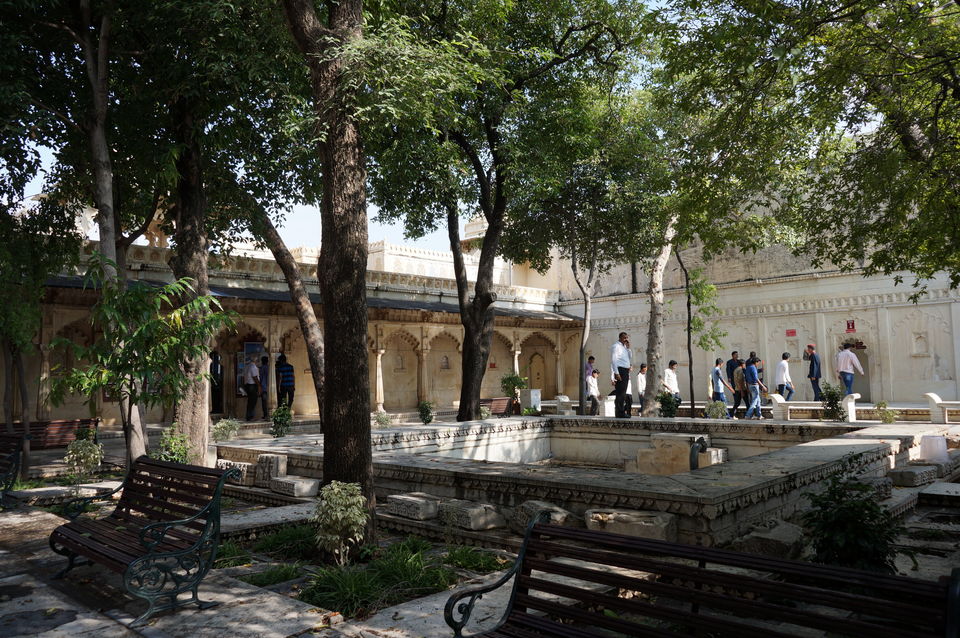 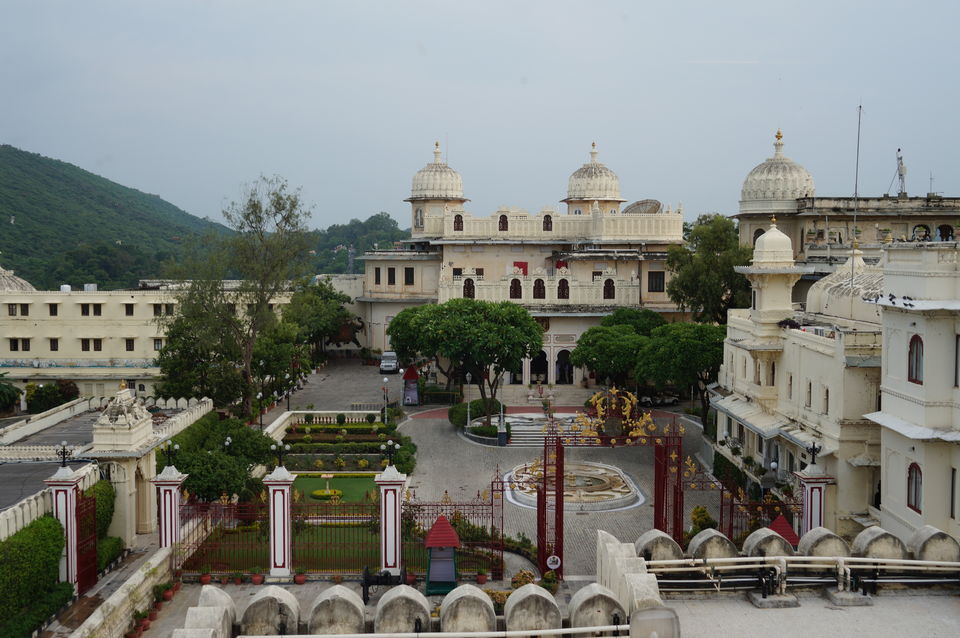 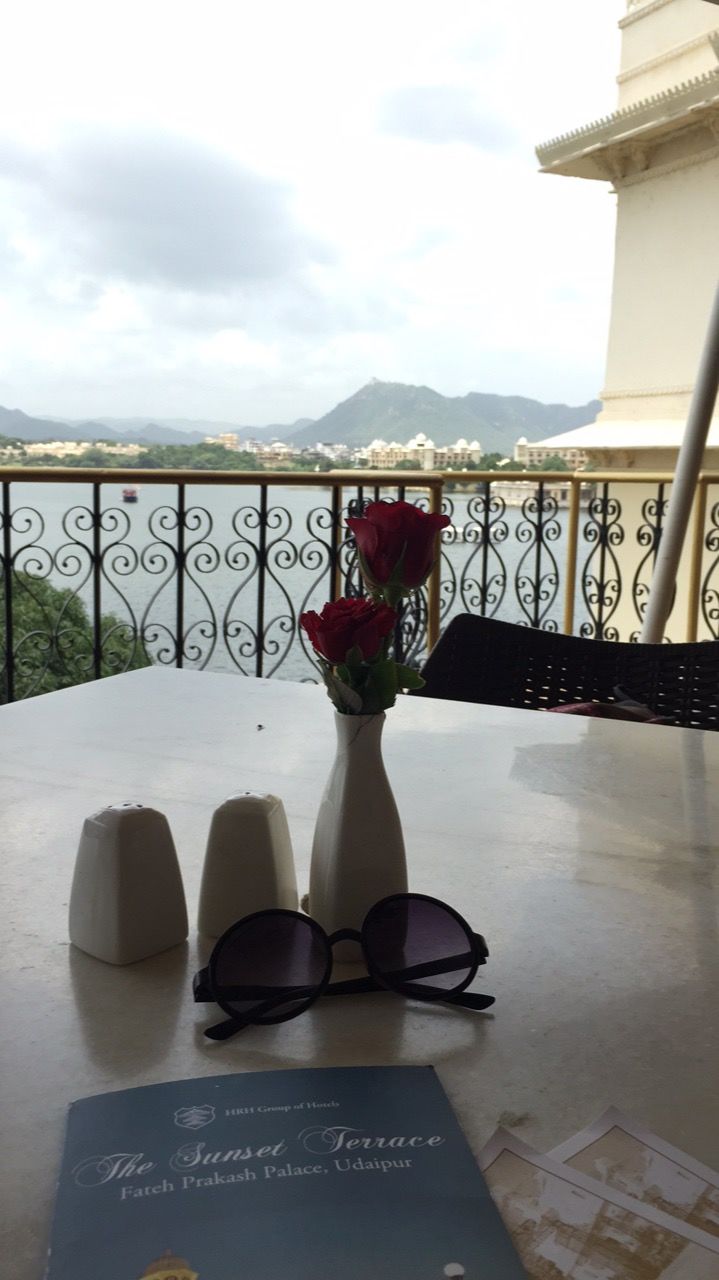 View of Jagdish chowk during Janmastmi (an Indian festival) 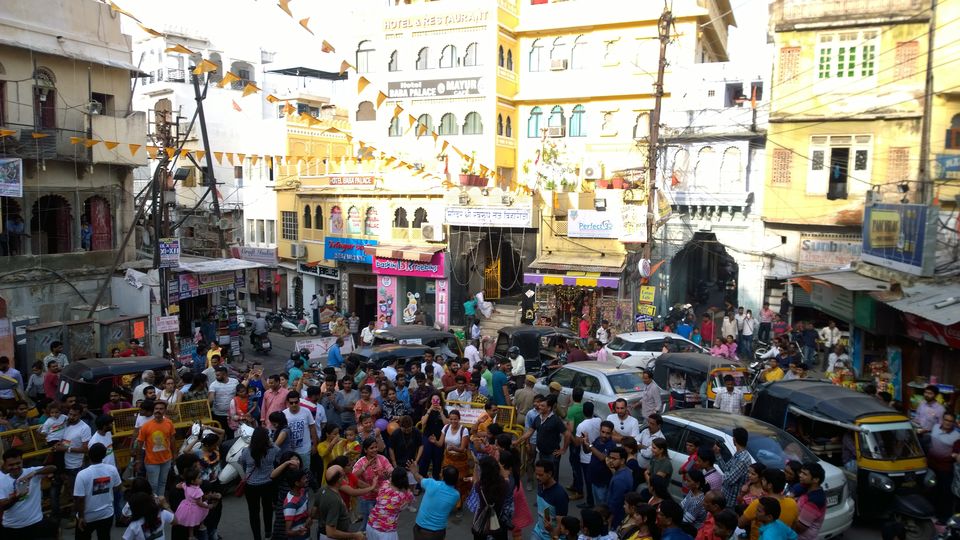 A place to witness Traditional Folk Dance and Music 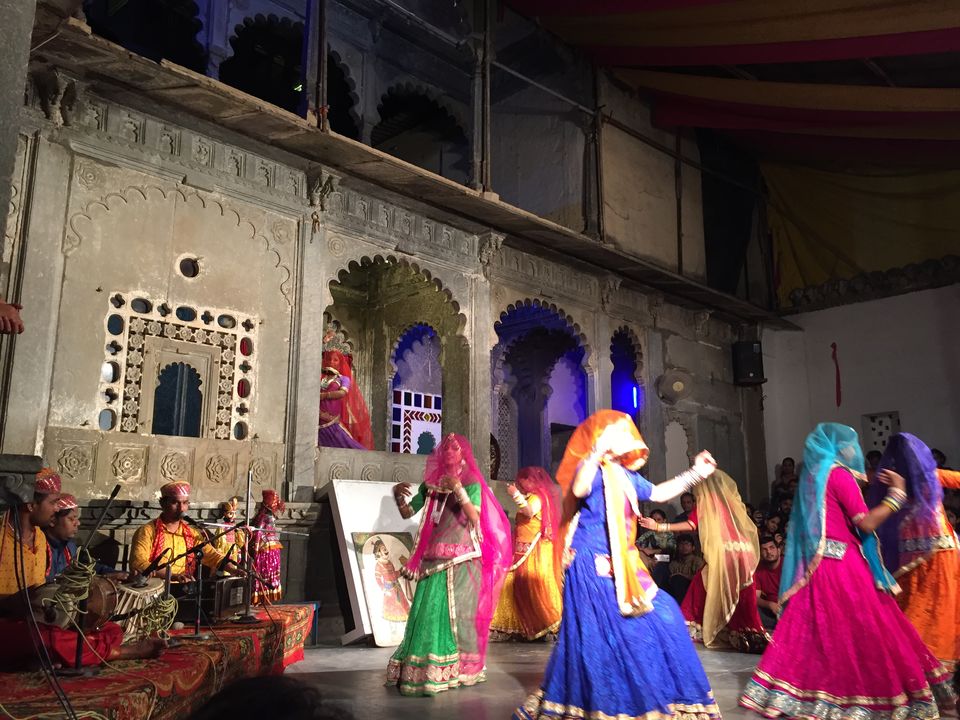 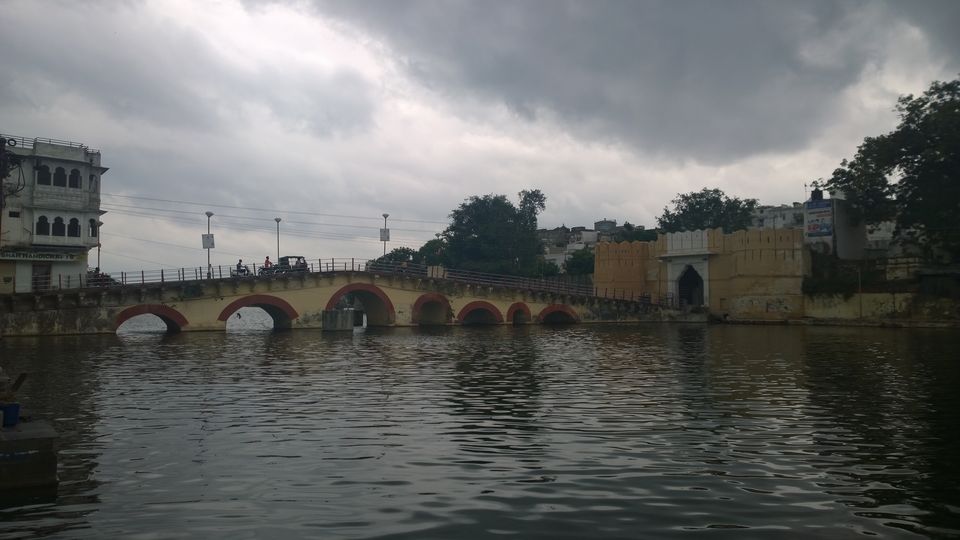 Best place to have sip of coffee by the lake side 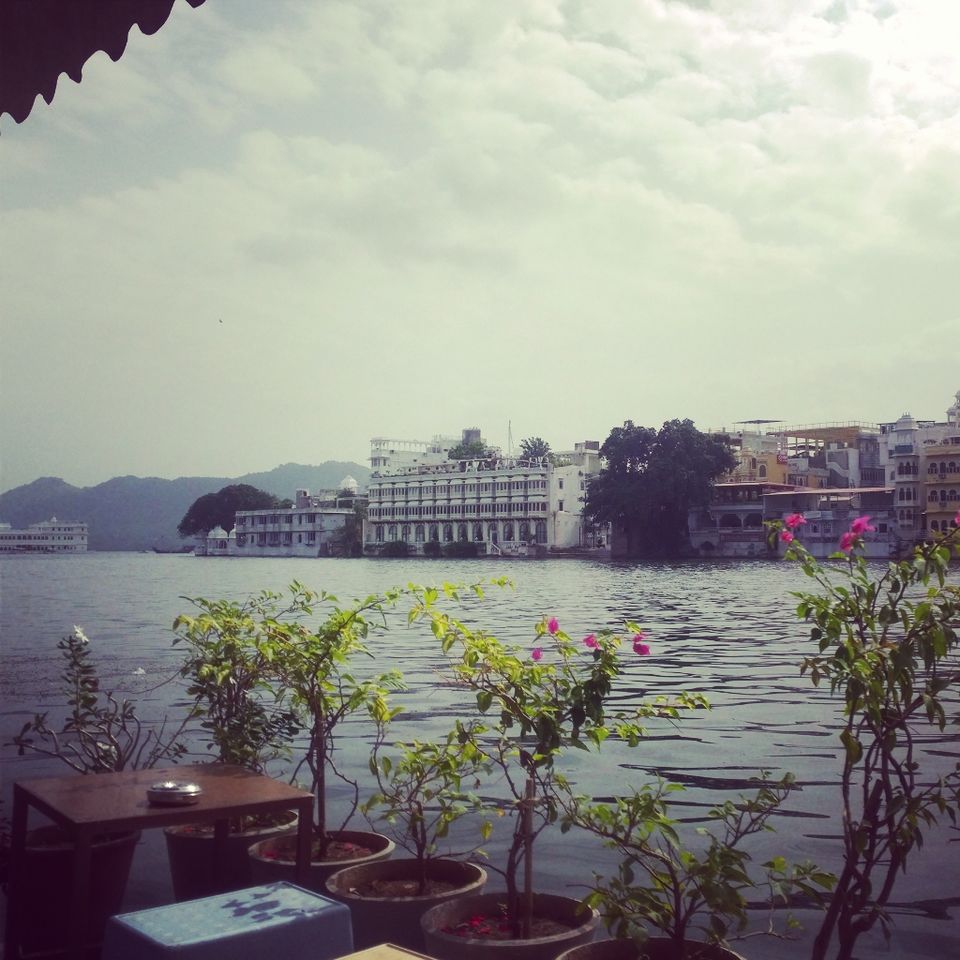 While hopping in the city markets, don't miss to stop by and say hi to Pichwai painting artist. I visited Gothwal Art, Painted postcard was something eye catching and unique which i just saw there. These markets are full of Leather goods- Wallets, Diaries, Bags, footwear; artificial and silver ornaments; traditional ethnic clothing in vibrant colors and designs; antique items and Handicrafts. There is something for everyone here. 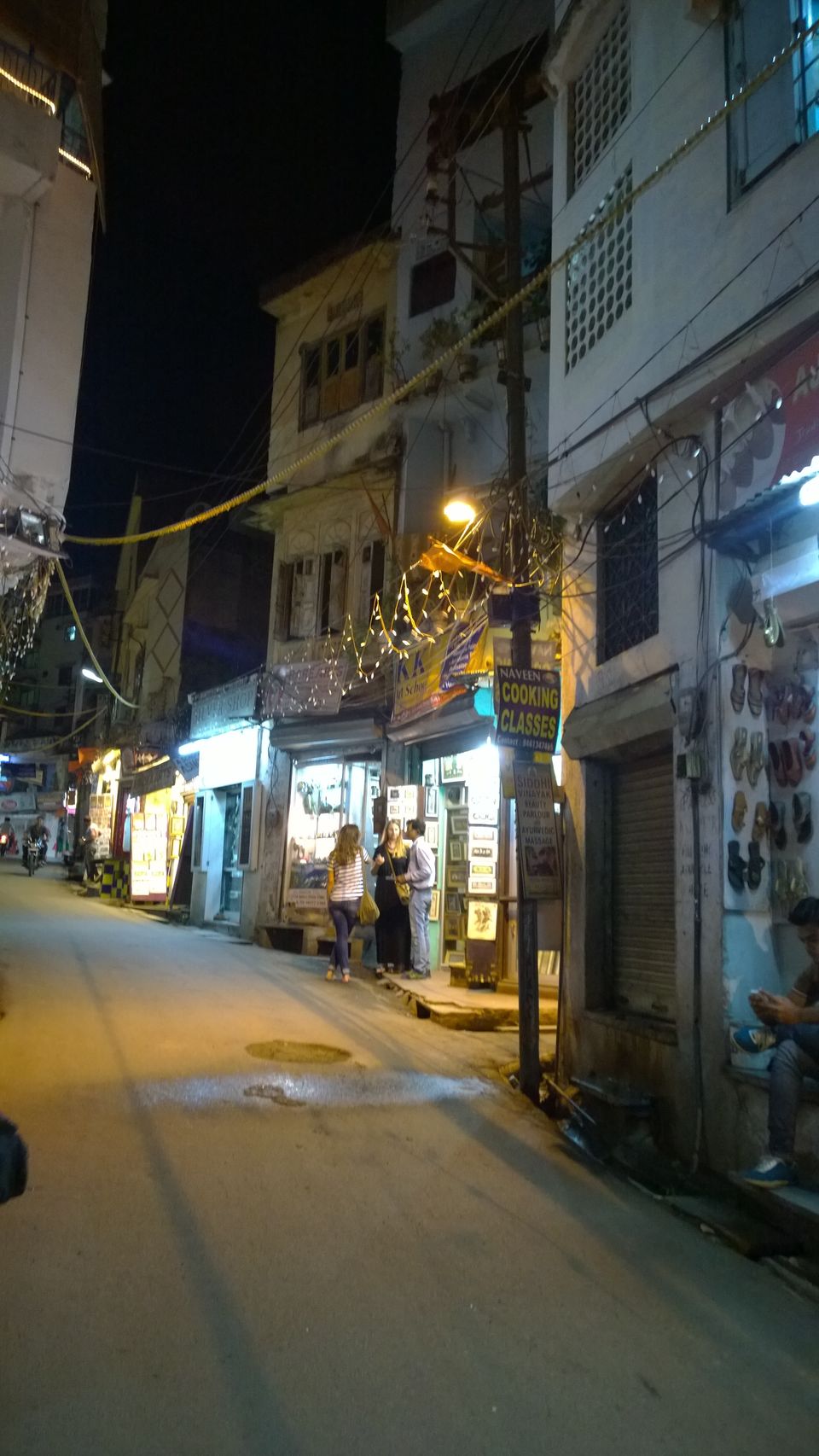 These tiny gestures make me fall in love with this city 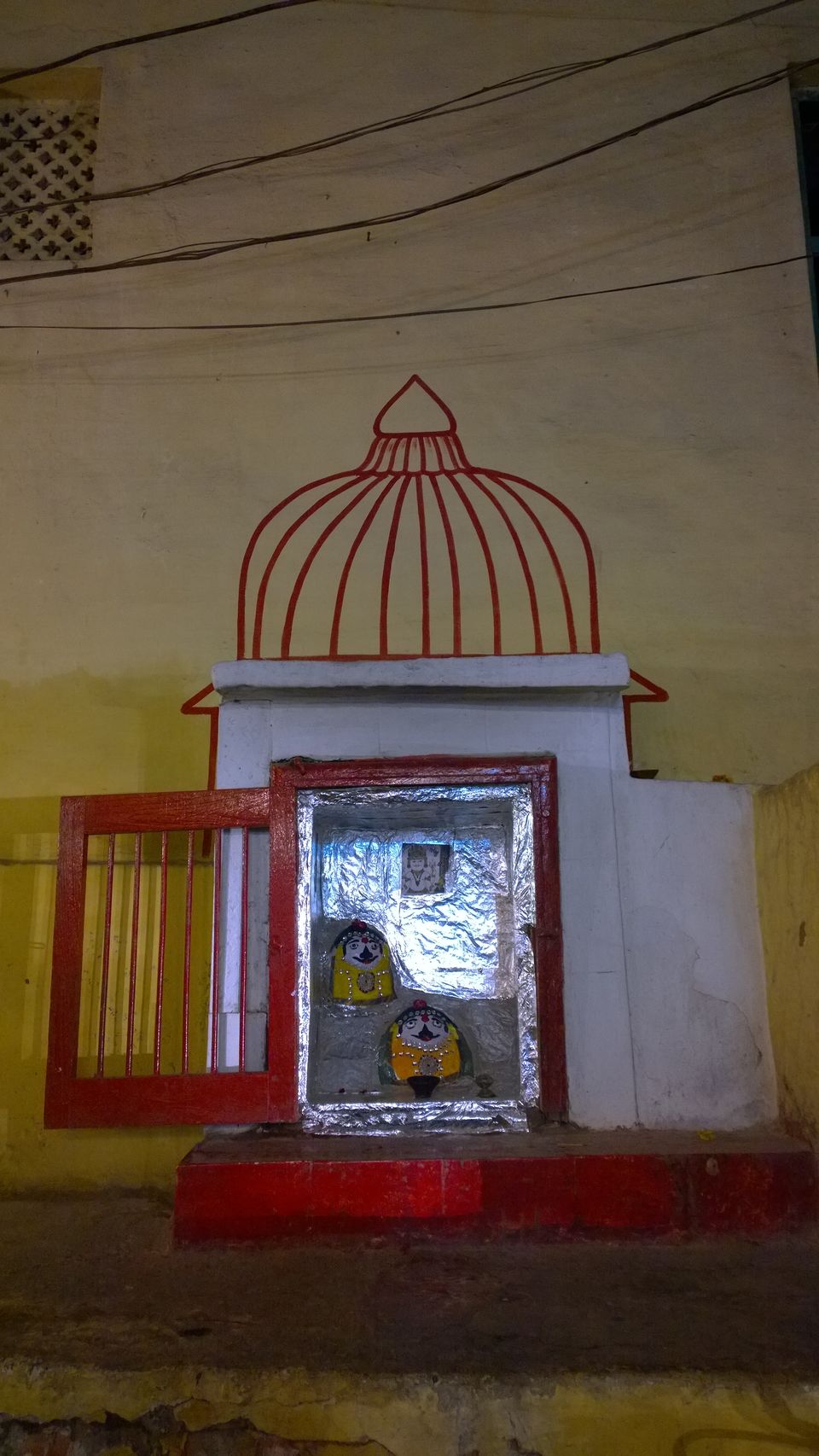 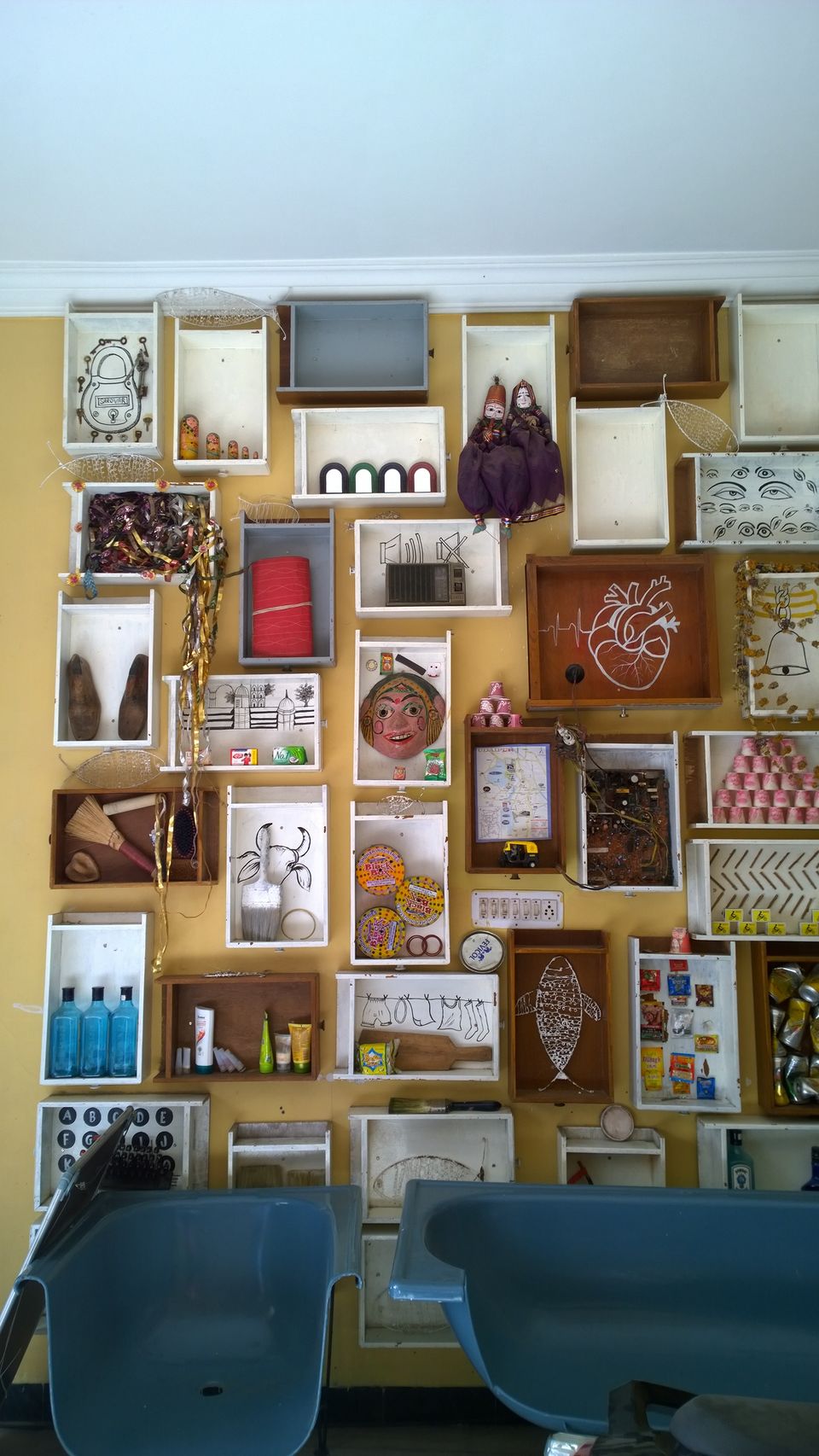 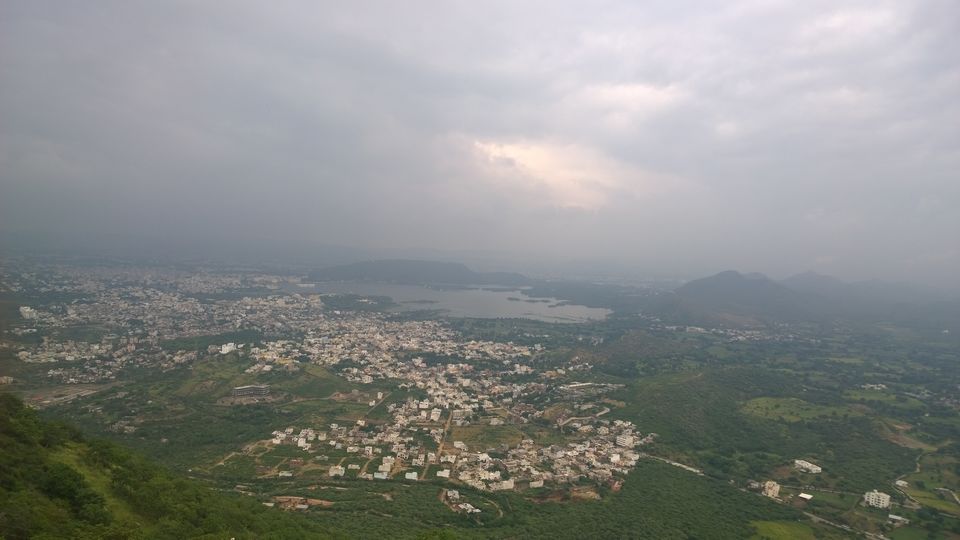 SajjanGarh Palace- Monsoon Palace is best witnessed during sunrise and Sunset. It houses magnificent aerial views of city and as the name suggests its best time to visit during monsoon. 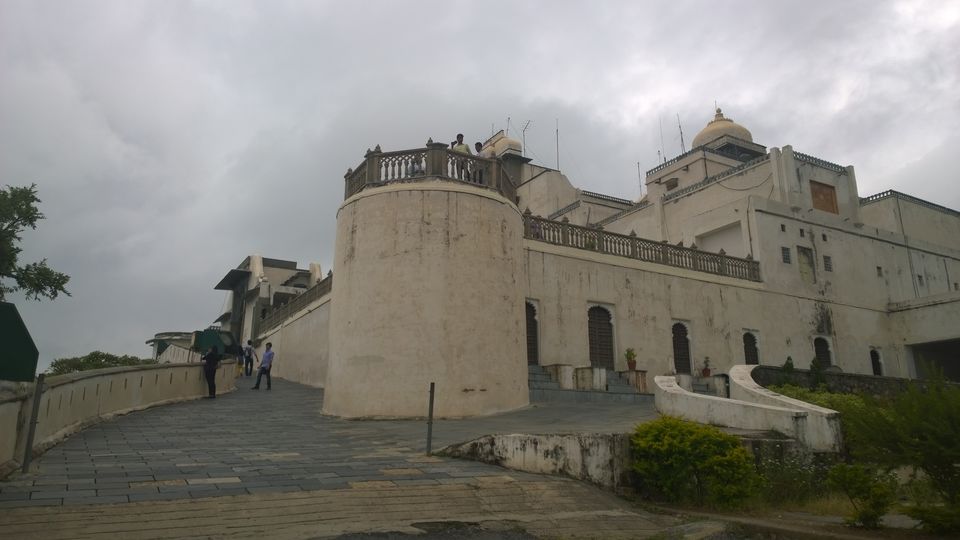 i can sit hours here to see this view 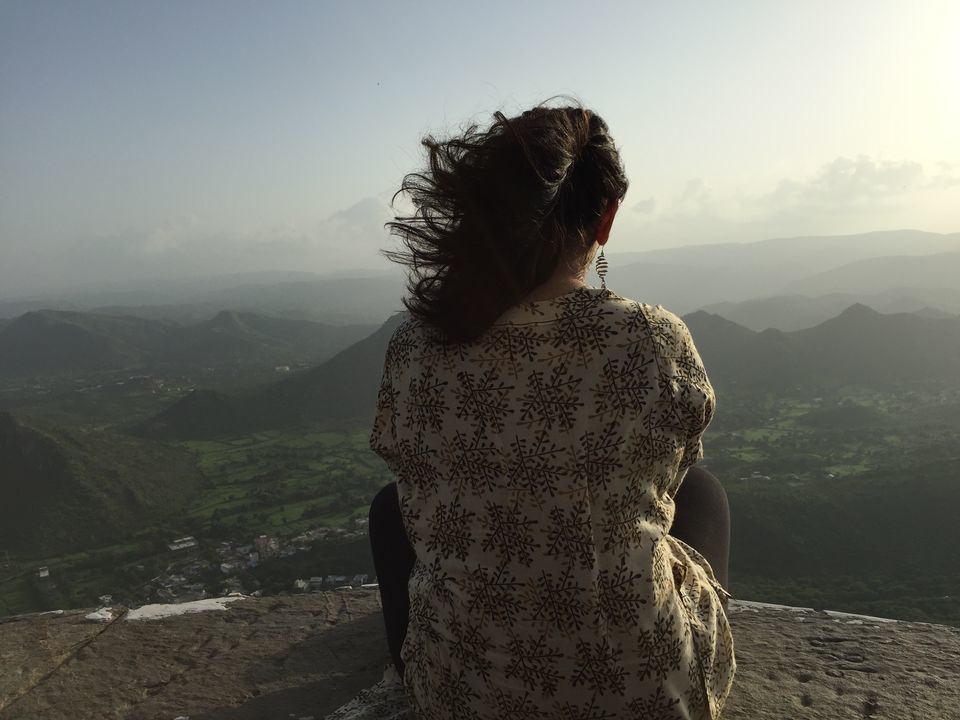 Trip to Udaipur is incomplete without enjoying tranquil sunset boat ride in Lake Pichola. There are multiple rides available from jetty near City Palace. You can take a boat ride to Jag Mandir- a palace built on an island in the Lake Pichola. It is also called the "Lake Garden Palace". 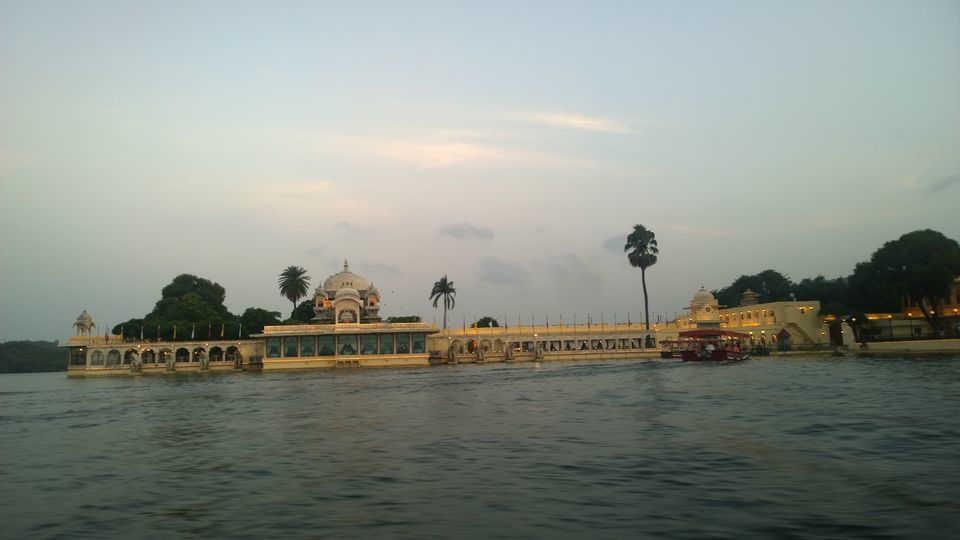 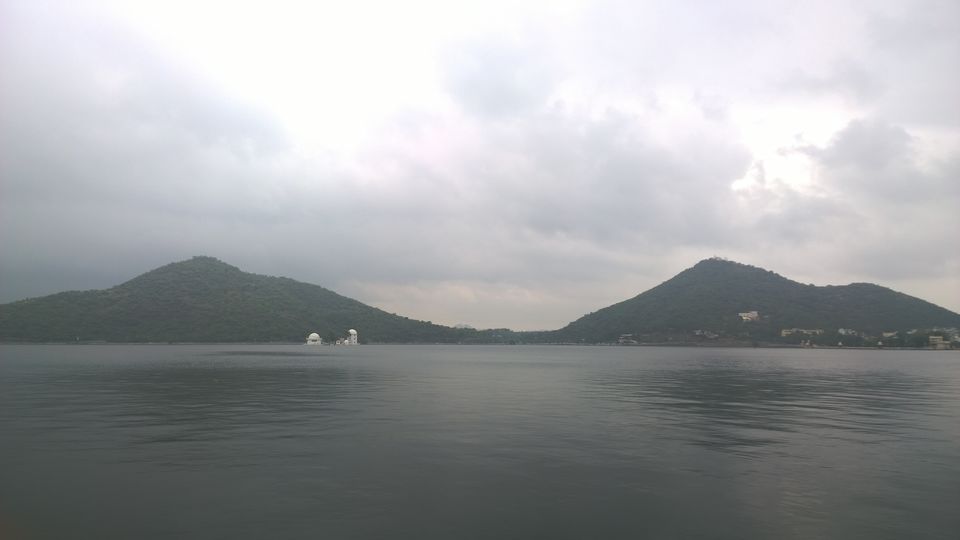 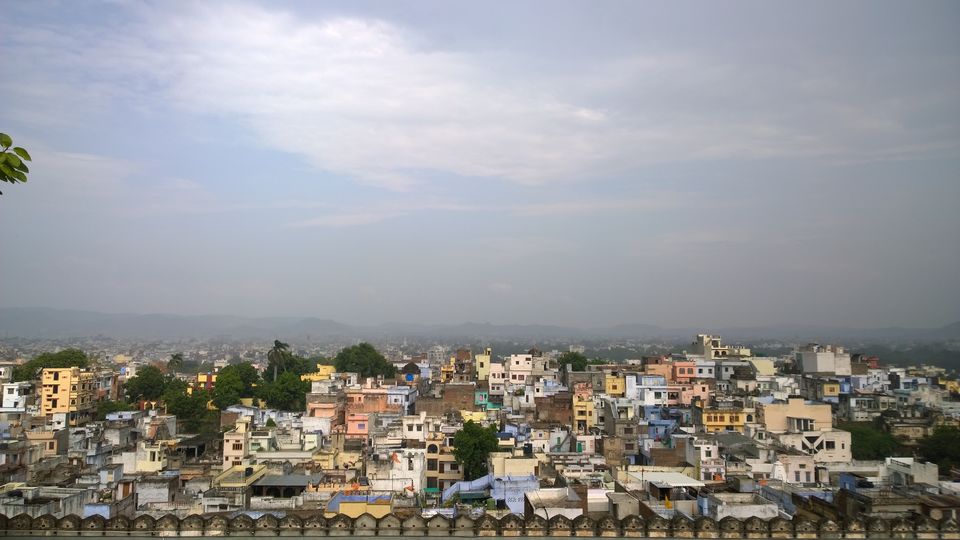 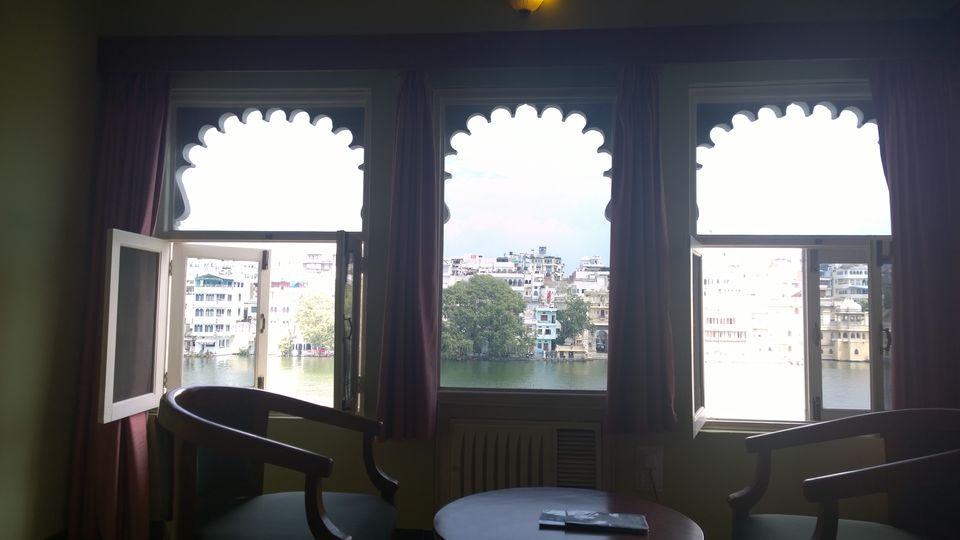 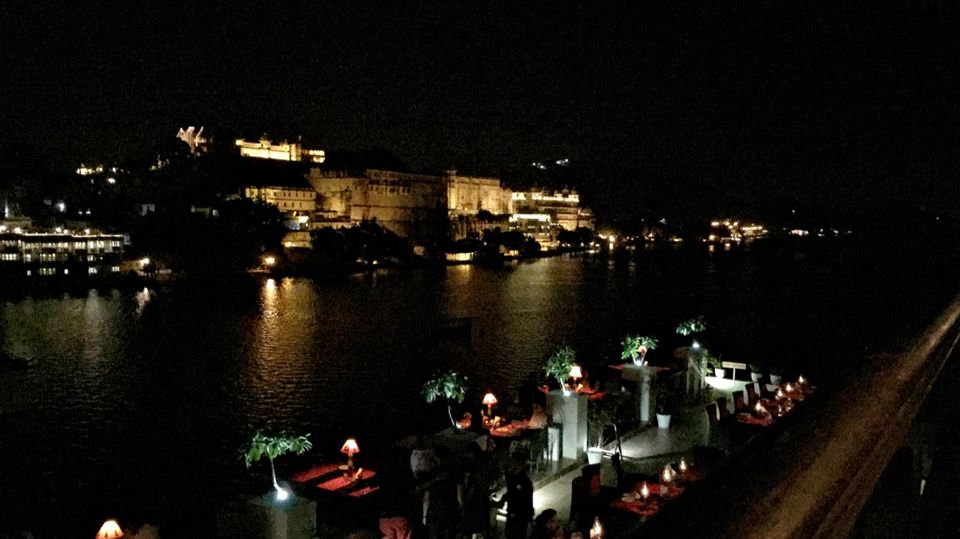 To enjoy the Grandeur of City Palace don't miss lake side dinner on roof top restaurants on Hanuman Ghat- you have to prebook for most of them.

Udaipur, due to its close proximity to Gujarat, is lush crowded during long weekends and festivals and to enjoy the most it is advisable to skip when crowded. The pleasant time to visit Udaipur is September to March as summers are usually harsh in whole of Rajasthan. Hotels and Hostels of every budget is available throughout the city. For shorter trips and to enjoy vividness it is best advisable to live around Lake Pichola. For backpackers and solo travelers, Hostels like Zostel, Mustache, Banjara and few more are around Jagdish temple/ Lake Pichola. The city has various markets for shopping lovers, Bada Bazaar, Hathi ni pole, Bapu Bazaar and on the streets around City palace and Jagdish temple are few to name.